Who is in charge of the ISS? 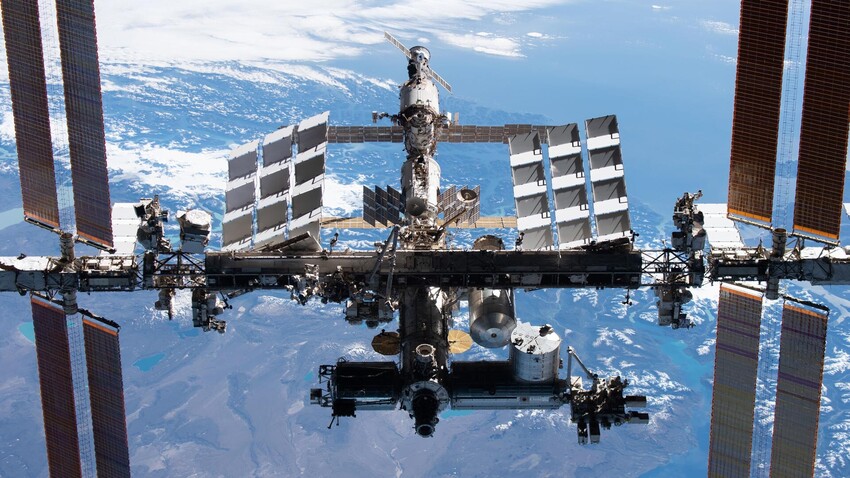 NASA
Fourteen countries are involved in the ISS project, but who makes the decisions there and how is it done?

The International Space Station (ISS) is the most expensive and most complex project in the world. Over a period of more than 20 years, almost all the space powers have taken part in its work and many dozens of people have been up to the station.

At the same time, the ISS has been the subject of controversy on more than one occasion. For instance, the latest is about what to do with the space station after the expiry of its expected service life. So far, it has been agreed that the ISS will remain in service until 2024, but its main users - Russia and the U.S. - have different plans for its future (we explain Russia’s plans in detail here). So, who has the right to decide on this and other issues?

Who does the station belong to?

As the name suggests, the ISS is a joint international project. As of today, 14 countries are taking part: Russia, the U.S., Japan, Canada and the following member states of the European Space Agency: Belgium, Germany, Spain, Denmark, Italy, the Netherlands, France, Norway, Switzerland and Sweden.

The station is configured into two segments - Russian and American - which were assembled over time from modules. Russian cosmonauts and American astronauts usually work in their national segments (although there are no movement restrictions as such on the ISS). 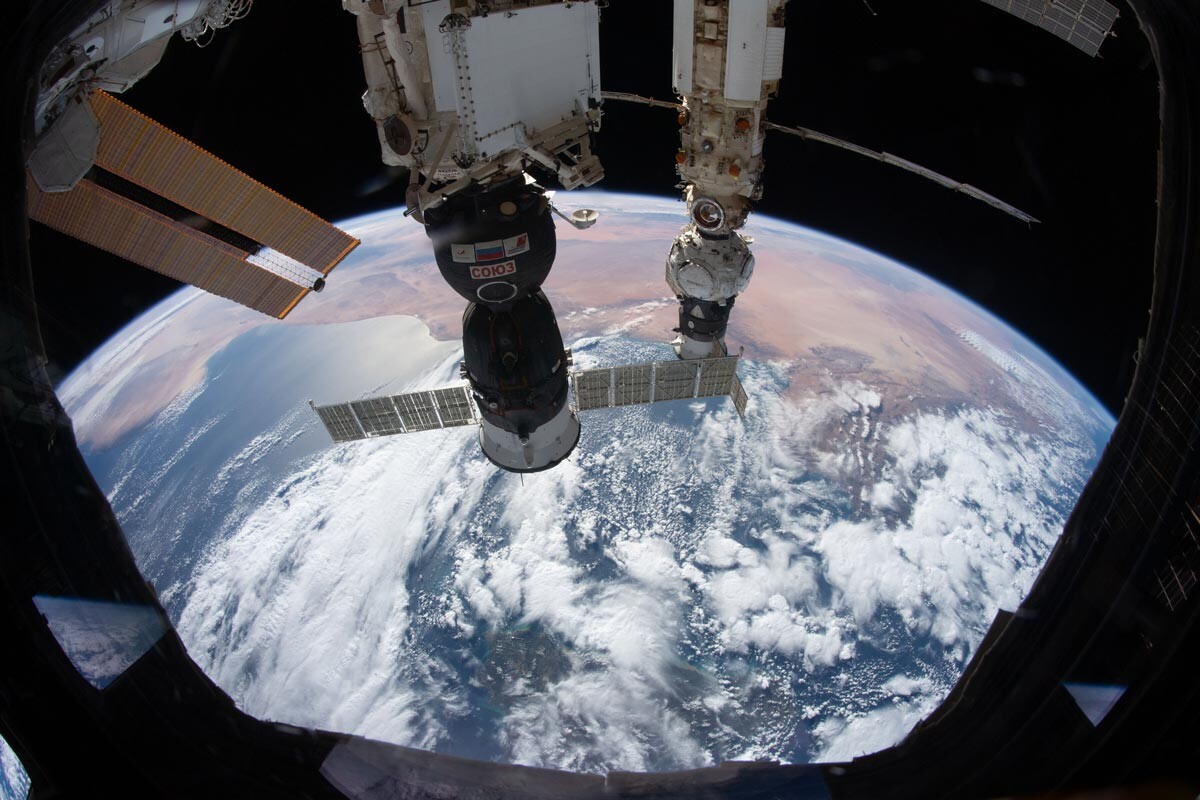 The space station above the Mediterranean Sea

After 23 years, the station has ended up with 15 main modules: Six of them are regarded as Russian, seven as American, one as European and another as Japanese. The use of the modules is divided up in about the same way: Russia uses its own modules, while the rest of the space station, as agreed by the parties involved, is shared by the Americans, Europeans and Japanese and there is a clear division in percentage terms as to who can work there and for how long. 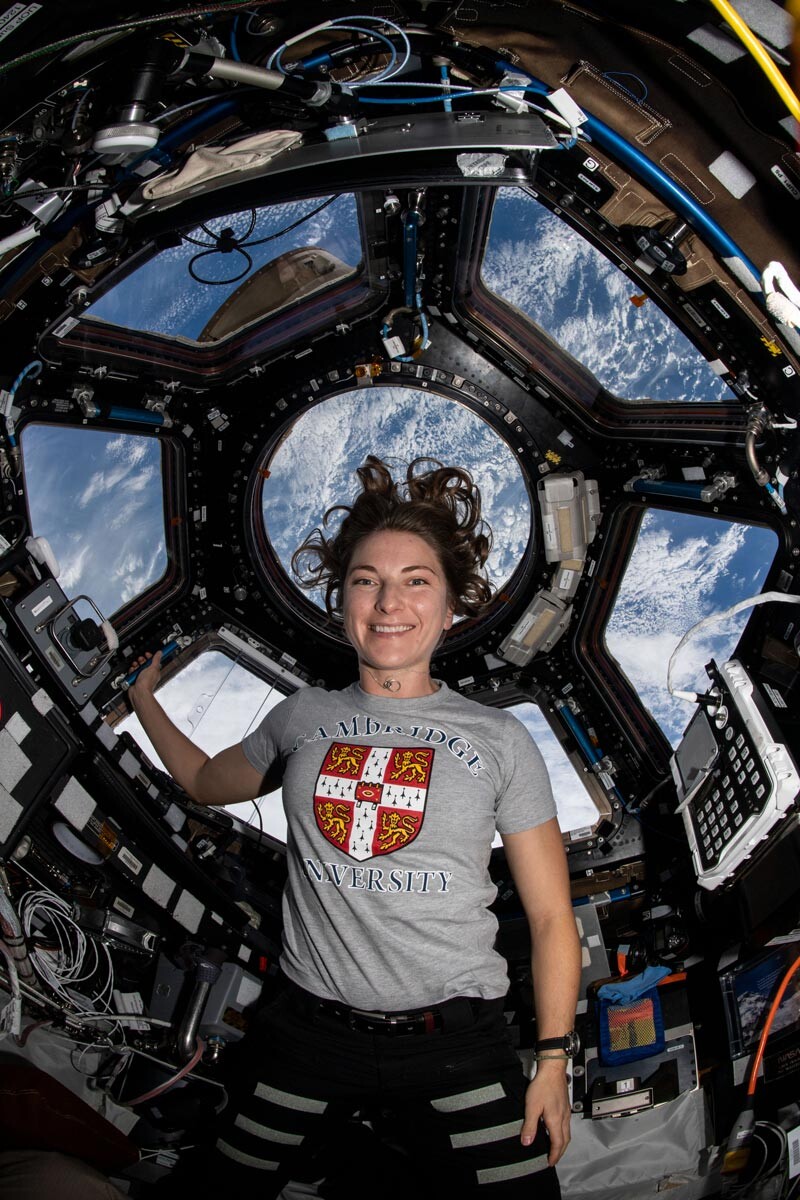 But despite this highly-regulated distribution of rights as regards the use of the ISS and its property, there have always been deviations from these rules. Take the Russian module ‘Zarya’, for example - it was the very first module to have been launched into orbit; it was commissioned and paid for by NASA, which means it still remains the property of the U.S. space agency, but, at the same time, it is considered to be part of the Russian segment (after all, it was Russia that built it and put it into orbit). Furthermore, after the termination of the Space Shuttle program in 2011, the Americans and astronauts from NASA partner countries arrived at the station exclusively aboard the Russian Soyuz spacecraft. For nine years, Russia was the only operator of manned launches ensuring access to the space station, which cannot function without human presence.

Who is responsible for the ISS?

The mechanism for decision taking is set down in agreements known under the single overall title of ‘Memorandum of Understanding’ (MOU). The main principle enshrined in it is that decisions should be taken on a consensual basis. The trouble is that it would be problematic to manage such a complex project as the ISS by convening an international meeting each time a decision needed to be taken. This is why the MOU specifies that NASA is the appointed program manager for the ISS. That means that there are no direct agreements among the participant countries other than with NASA. 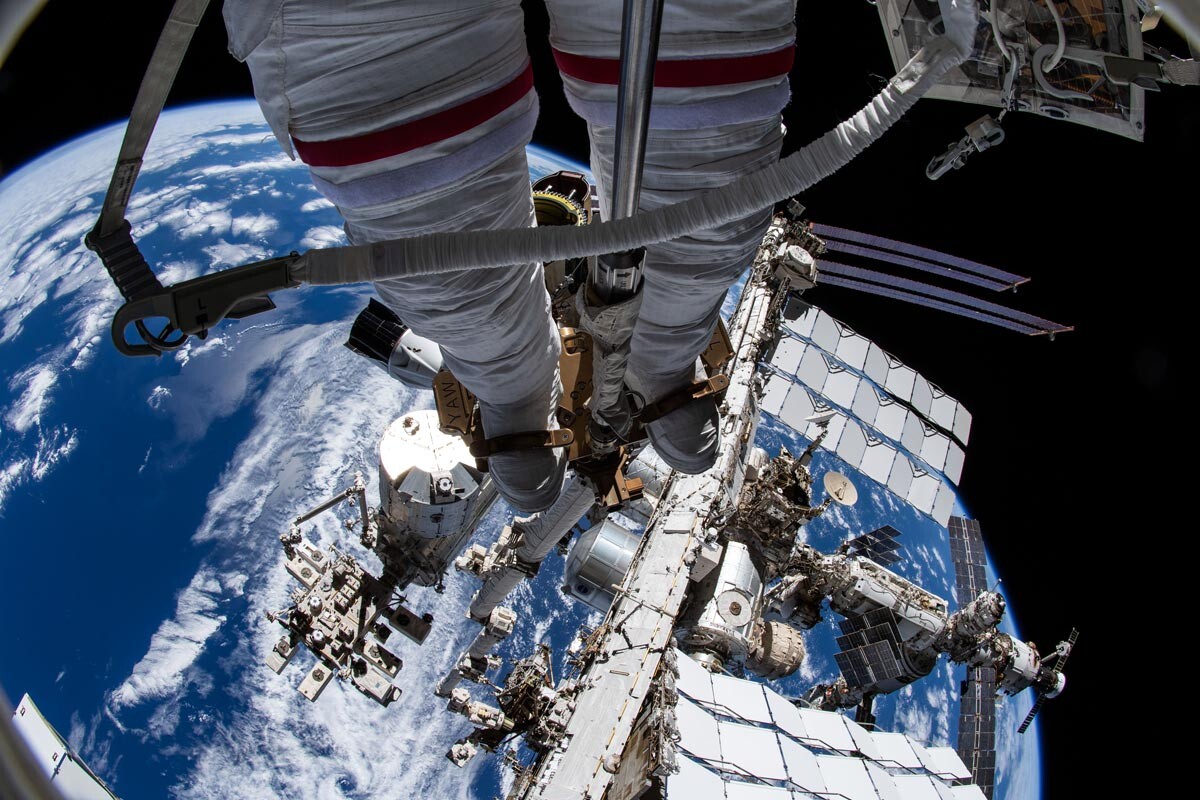 The management of the ISS (its segments and modules) is divided among the partner states, but the main “controls”, the flight control room of the whole station, are in the U.S. at the Lyndon B. Johnson Space Center in Texas. It is from there, jointly with ballistics experts from Russia, that adjustments are made to the ISS’s trajectory, for instance - to avoid collisions with space debris and other objects. It is where the “flight director” is to be found - this is the name given to the person who oversees operations of the ISS. 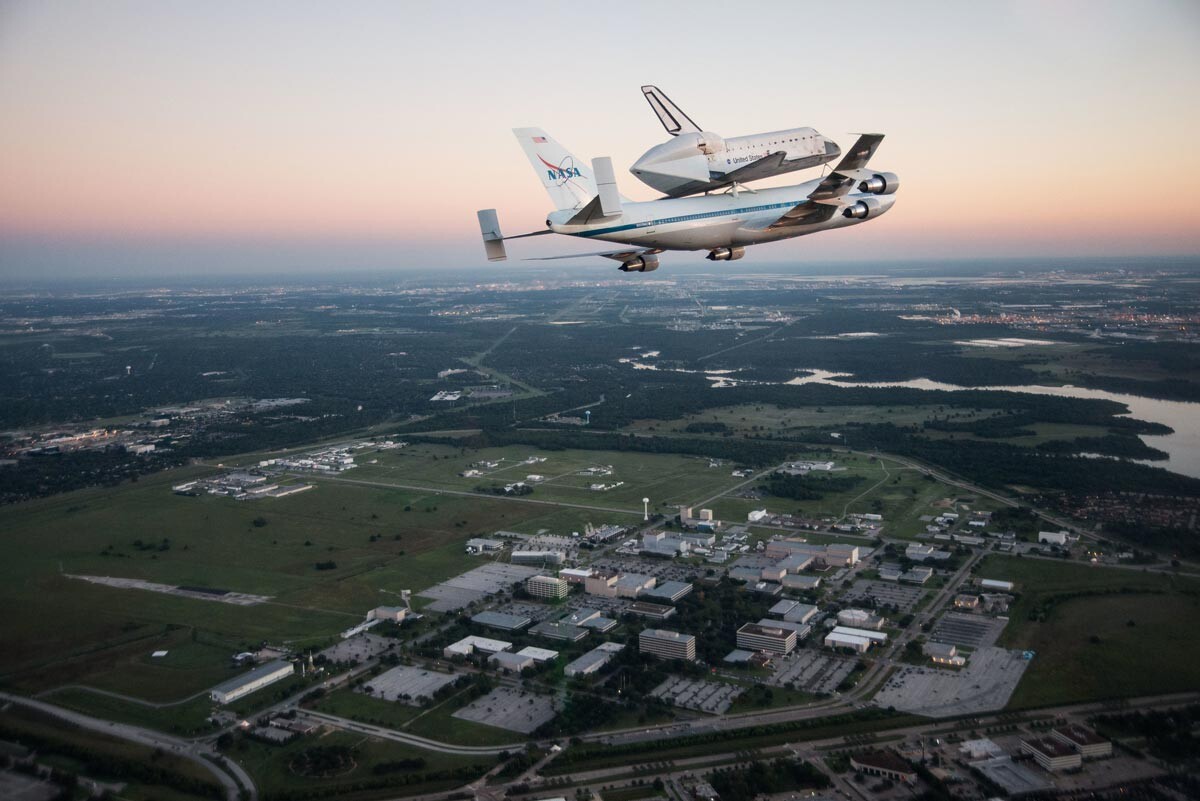 In orbit, there is also a precisely-defined line of authority and strict chain of command. On the station itself, there is an ISS commander (a rotating post among the partner states). “The commander is responsible for the performance of the mission and the safety of the crew. Strictly speaking, this simple phrase fully defines the range of responsibilities of the commander aboard the ISS. At the same time, there are a lot of finer points involved,” is how Russian cosmonaut Aleksandr Skvortsov put it when he was station commander. In the wider scheme of things, everyone knows what they have to do in orbit - everyone has their own program. The commander is needed to take key decisions in the event of accidents and emergencies, but he also defers to the flight director on the ground.

Who pays for the ISS?

The ISS does not have a single budget and is financed by annual contributions from each of the sides. What is more, part of the contributions are paid not in monetary terms, but in the form of barter - of services, launches, exchanges of equipment, etc. 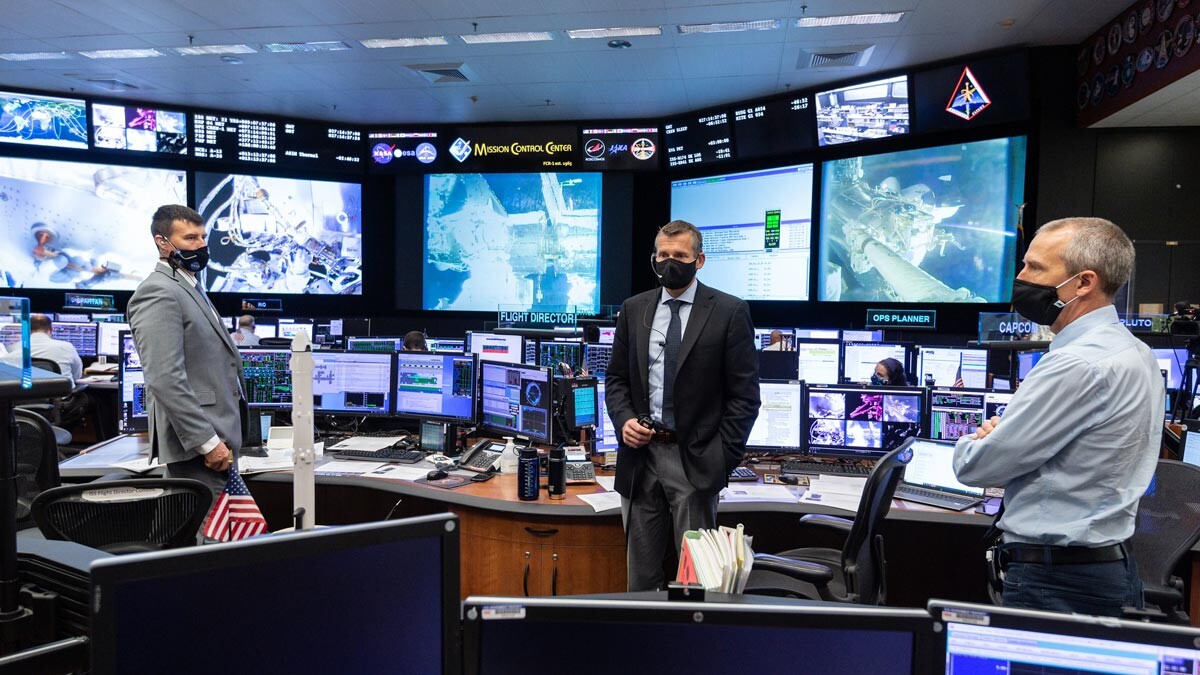 The approximate spending of each of the sides can nevertheless be calculated and it turns out that the main financial burden falls on the shoulders of the U.S. Throughout the years of the ISS’ existence, the overall volume of investment in it has topped $150 billion - of this, $100 billion has been borne by America. According to NASA figures, the amount is roughly $3-4 billion each year. The EU countries spend less than $1 billion per annum. Japan and Canada spend even less. Russia allocates roughly $500 million to the project every year.