Do animals of the Russian North have a chance to survive climate change? 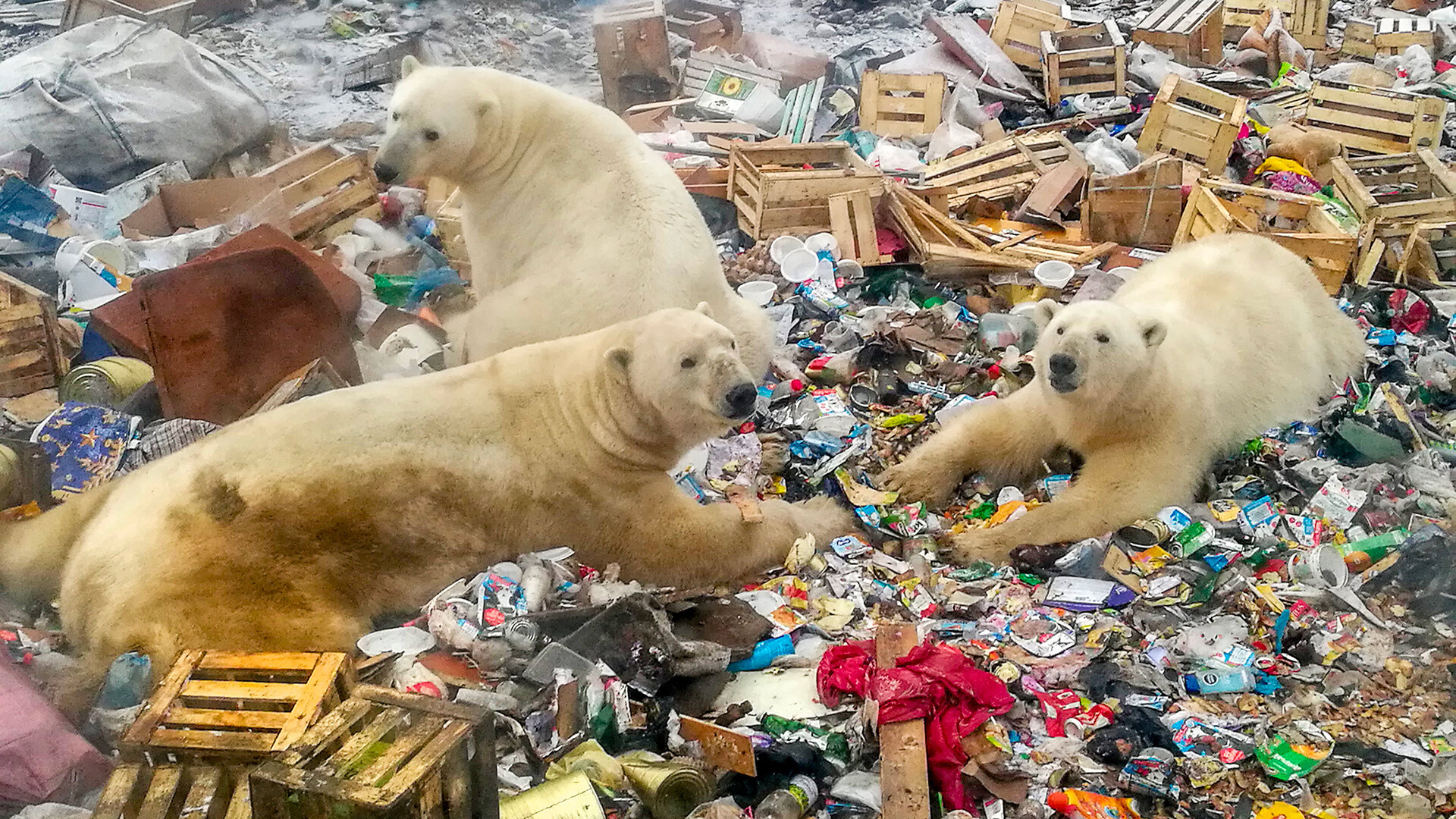 Alexander GRIR/AFP
Although virtually no animal - human or non-human - is untouched by climate change, wild animals of the Russian Arctic feel the most vulnerable.

Russia is warming 2.5 times faster than other parts of our planet and this is causing permafrost to melt, as well as more frequent wildfires, flooding and heatwaves (according to Hydrometeorological Research Center of Russia). Russians are beginning to feel the effects of climate change on their health and well-being. But the animals that roam the vast territories of Russia have been suffering for quite some time already, especially in the Arctic where we can still find wild nature and that is warming even faster. 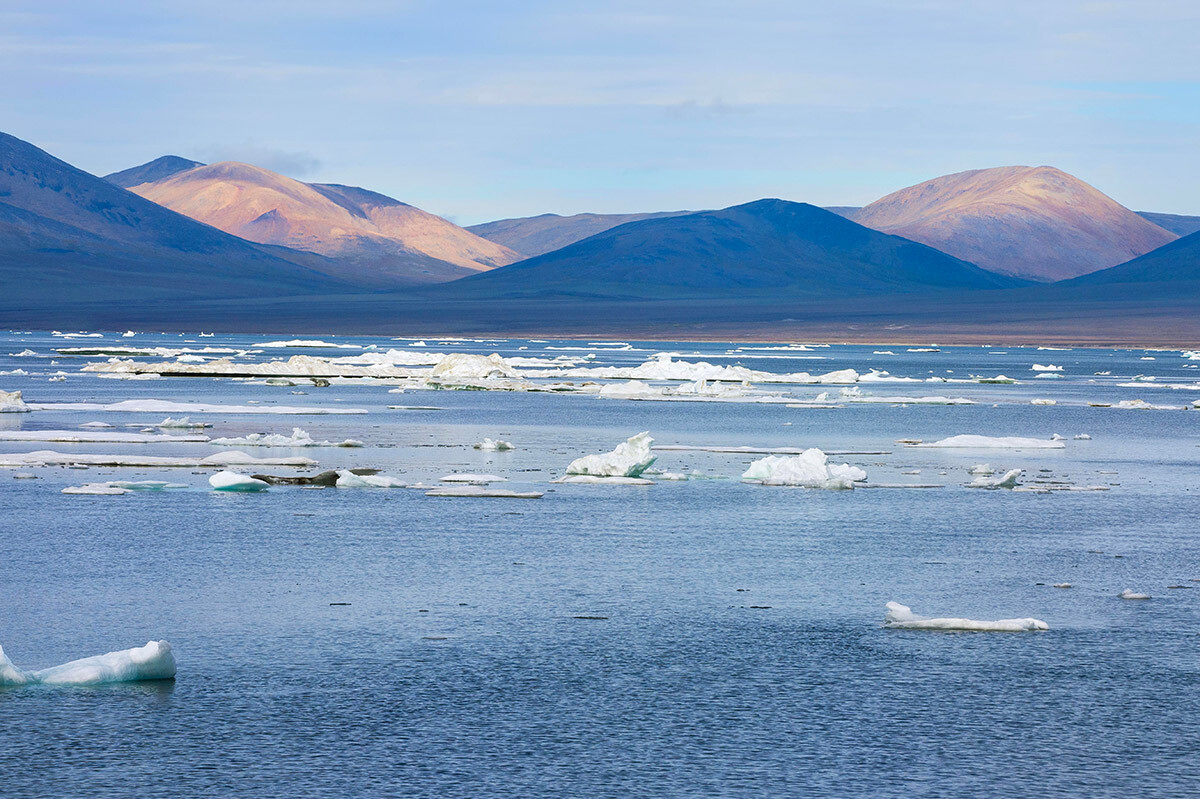 The general pattern of impact is that habitats change faster than species can adapt to these changes, says Pavel Kulemeev, a researcher at the Wrangel Island National Park. Species that have adapted to surviving in very specific and limited conditions cannot endure large fluctuations in environmental conditions (stenobiont species, if speaking scientifically) and, therefore, will not be able to adapt to environmental conditions that are changing at such a quick pace.

Also, it’s important to understand that climate change does not affect an individual organism, but affects the whole ecosystem, i.e. the effects of the changes can be indirect by disrupting the animal’s food source, for example.

Not enough ice for polar bears and walruses 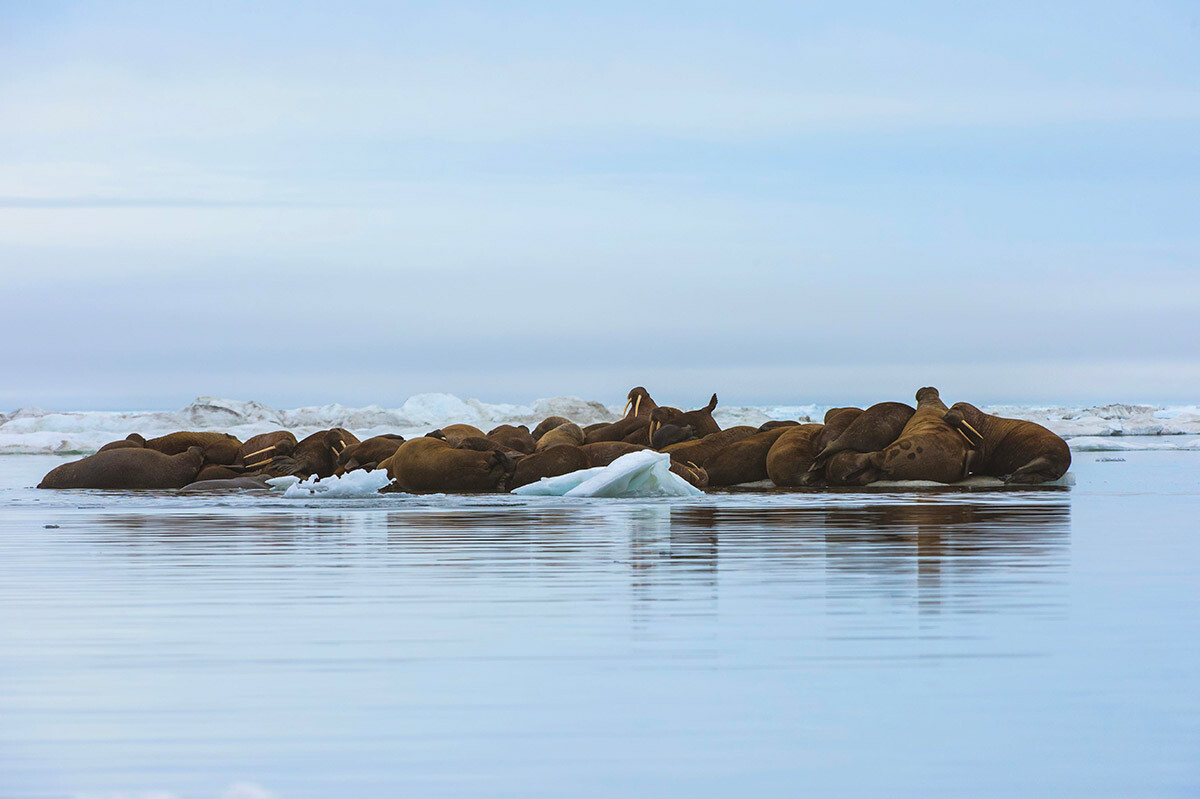 “Due to the planet’s warming, many species are retreating further north. In this situation, animals of the tundra and polar regions do not really have anywhere more north to retreat. The first to feel this is the polar bear, who hunts seals on the pack ice. The area of pack ice is shrinking, the number of seals is also shrinking, and bears are suffering - they are at the top of the trophic chain. In general, large predators are some of the most vulnerable animals,” says Boris Sheftel, senior researcher at the Severtsov Institute of Ecology and Evolution of the Russian Academy of Sciences. 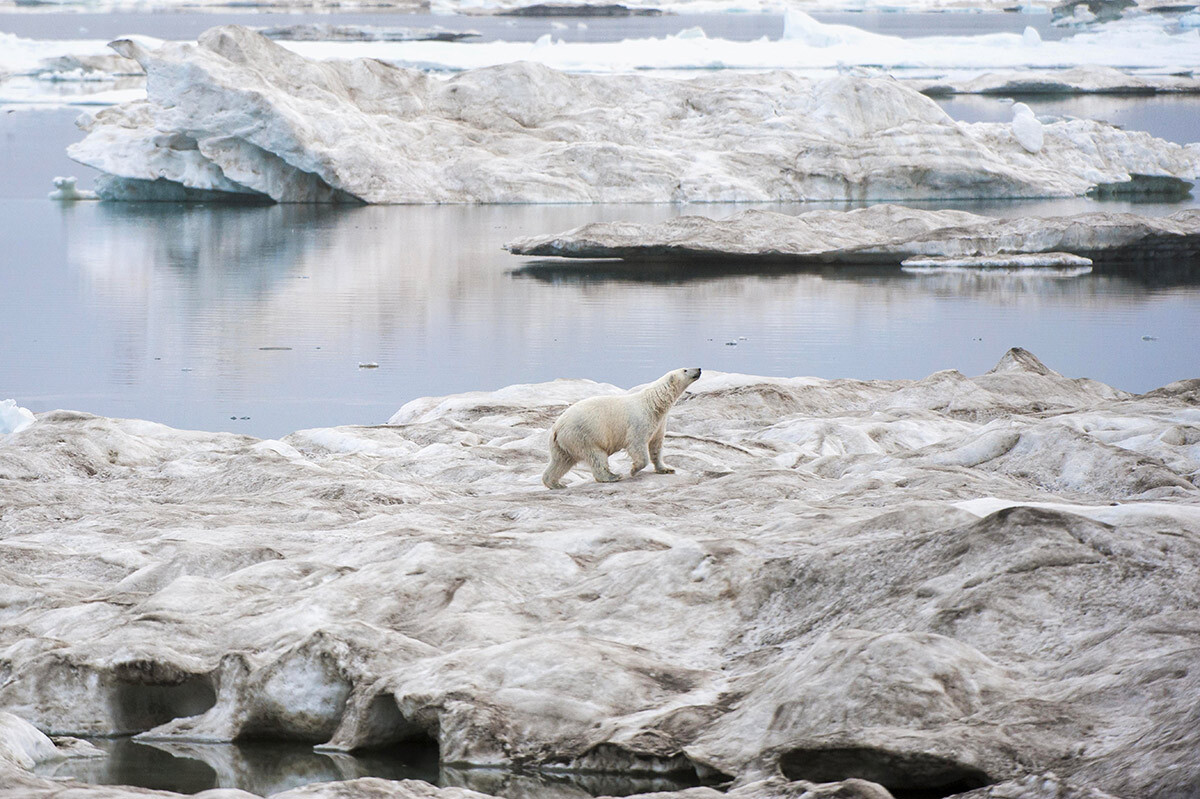 Polar bear walking on an ice floe near Wrangel Island

Indeed, many of us have seen the heart-wrenching video of the polar bear on the verge of dying from starvation roaming a barren, ice-less landscape in a desperate last attempt to find food.

It’s even not so much the amount of ice that is left during the summer months but rather the speed at which the ice retreats towards the North Pole that causes the problem. “If it retreats too quickly, then the bears simply don’t have time to realize that that’s where they also need to go and get stranded on the shore or, even worse, on an island,” Dr. Alexey Kokorin, Head of the Climate and Energy Program at WWF Russia, explains. 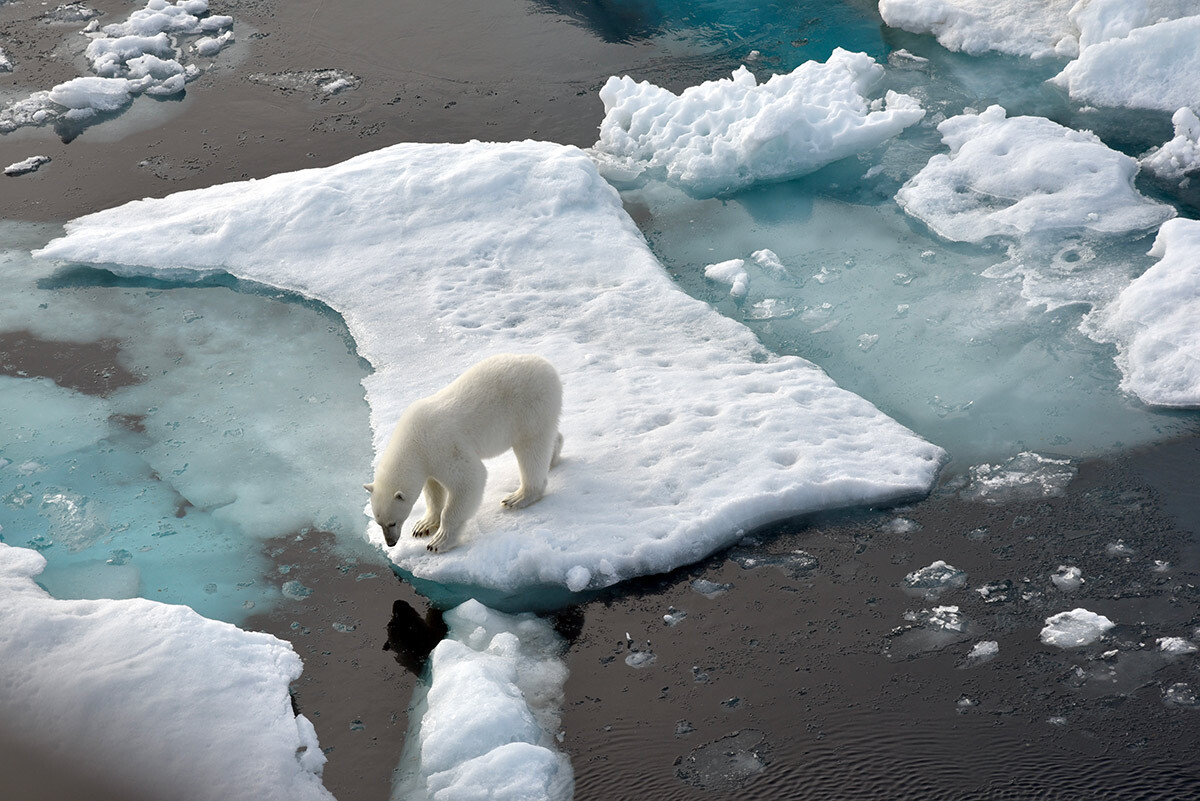 Additionally, due to changes in ice cover, the bears are deprived of resting places and forced to spend more energy while hunting. Pregnant females have to travel longer distances to their dens. When thaws occur, a change in the temperature in the den could happen, which can cause a mother bear with cubs to leave the den prematurely, and result in the cubs dying from hypothermia.

The walruses are finding the decreasing amount of ice very uncomfortable, too, especially ice that is attached to land where they normally rest. For this reason they start changing the location of their rookeries, which means that it might be harder for them to find food and it might become easier for the polar bears to attack their young.

Bears vs Humans: Risk of conflict 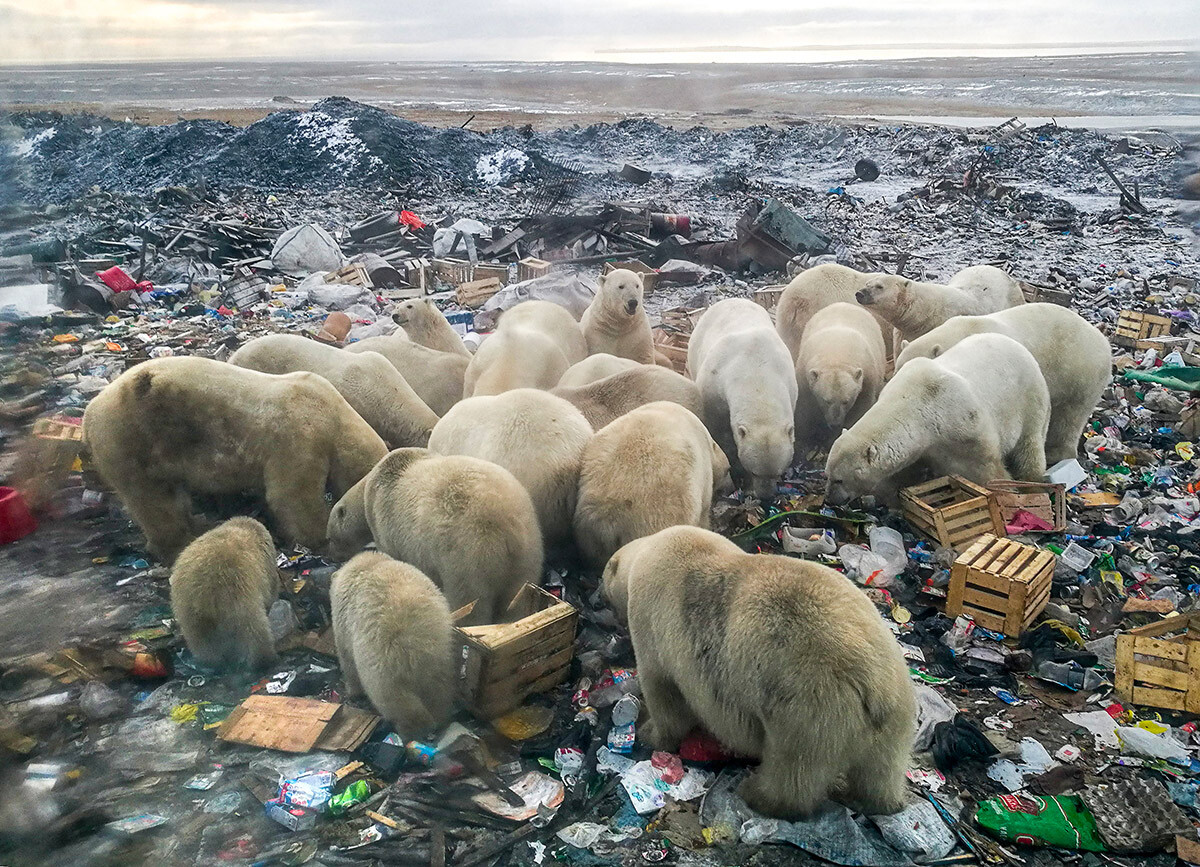 Not only are bears deprived of their main food source when they get stranded on land, but this also leads to the very real and serious threat of human-wildlife conflict. When the bears can’t hunt on the sea ice, they turn to land, hungry for food. And land is where people live. Kokorin recalls an incident that occurred in 2019 on Novaya Zemlya (archipelago in the Arctic Ocean) when more than 50 bears showed up in a military settlement because they simply had nowhere else to go.

In these cases the polar bears mainly “hunt” the food waste thrown away by humans, but in more extreme cases they hunt dogs and the humans themselves. This poses a direct risk to the bear because it will most likely be shot by humans and to humans themselves because they could be eaten by the bear. Such incidents have become more and more frequent in the last 15 years. (Luckily there are specially designated “bear patrols” in most of Russia’s Arctic areas.) Kulemeev cautions that, given the growing pace of development of the Arctic, these events will become more frequent, and, as a rule, it’s the people themselves who provoke the animals to attack by violating the existing safety rules.

Why do the pups of the White Sea seals die in the first month of life? 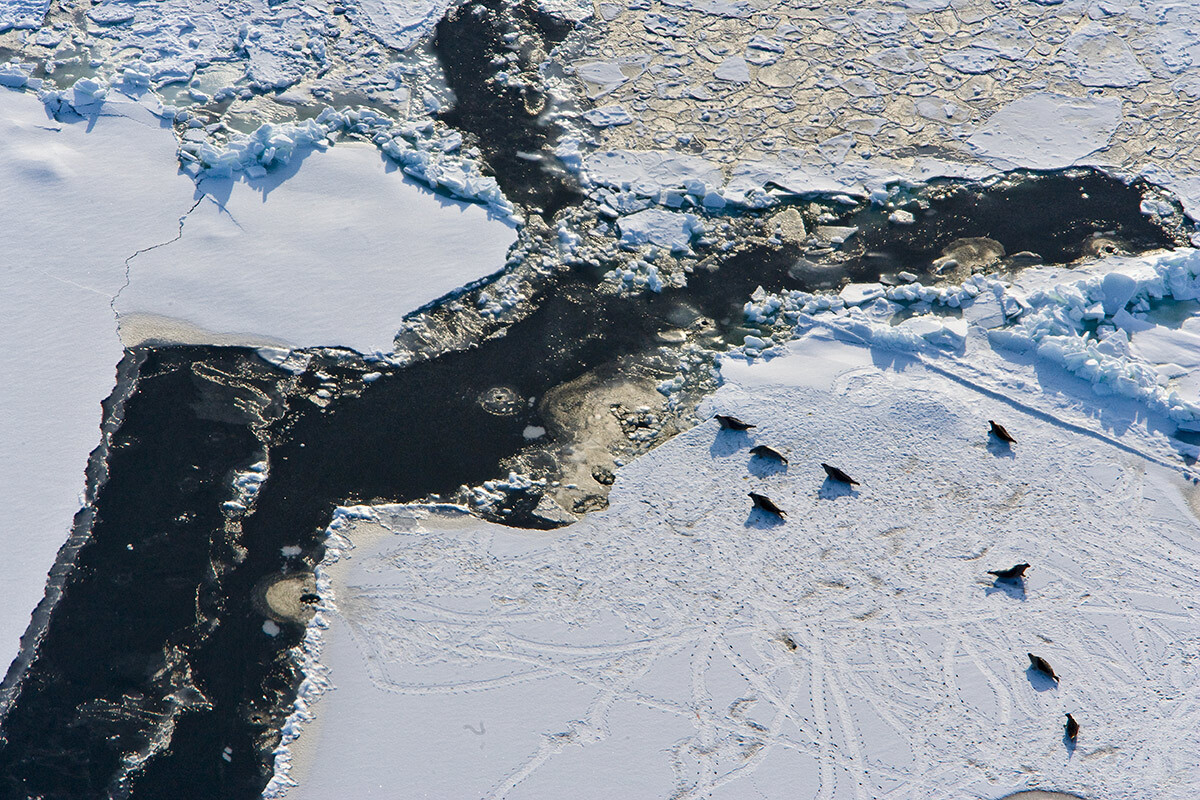 The White Sea seals are also facing a serious threat. The pups are usually born in April, a time when, normally, there is still ice and it is rainfree. But now the ice melts earlier and the rains come earlier too. The first month of the pups’ lives is critical and though they are born with a coat of fur that is thick enough to withstand the cold, it is still not water resistant. So when it rains, they get hypothermia and die. As the mass death of seal pups becomes more frequent, there is a much higher chance of a population collapse. 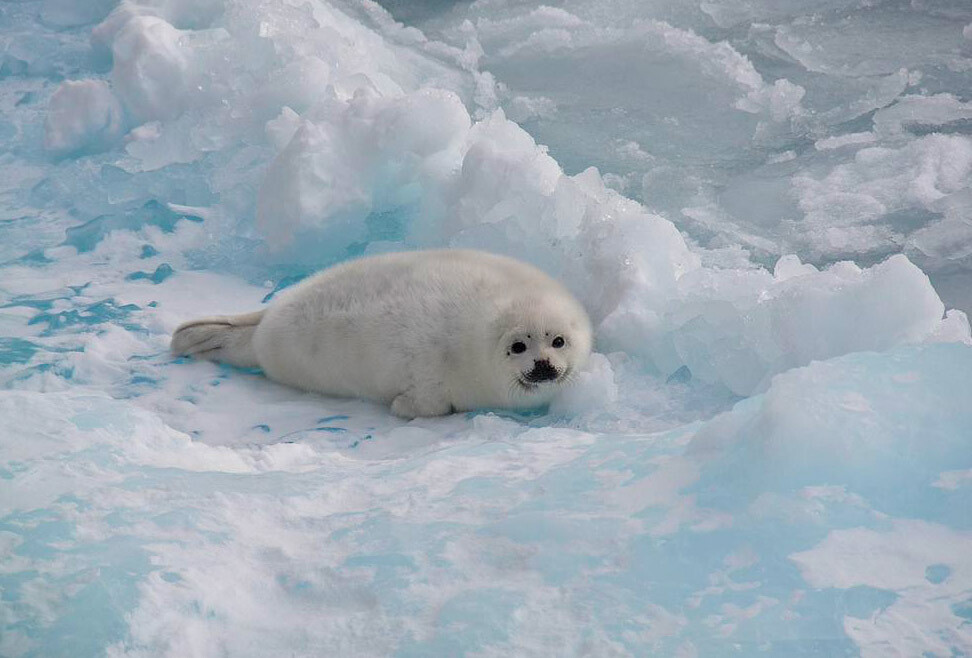 Before climate change poachers were a major problem. This problem was fixed thanks to a fall in demand for white fur hats. Also, ships used to pass by their habitat, but Arkhangelsk authorities stopped ship traffic around the places where the seals and their pups live. 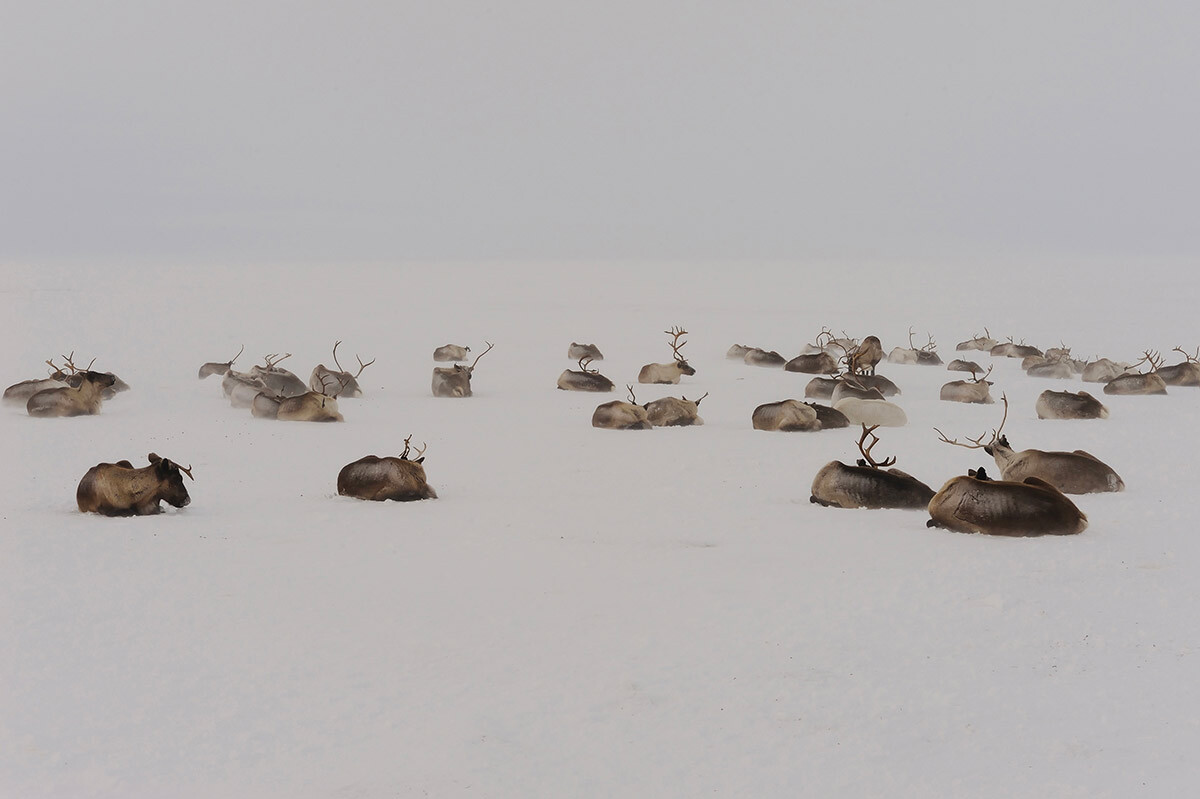 In December, 2020, winter rains were followed by lengthy spells of extremely cold weather on the Yamal Peninsula, which led to the death of thousands of Arctic reindeer. The unusual weather (probably linked to climate change) caused a formation of thick - up to three centimeters - ice cover over lichen. Due to this, it became an impossible task for the reindeer to reach forage while grazing winter pastures. In that particular incident, the dead reindeers’ hooves were badly worn out because they were trying to desperately reach their food source. 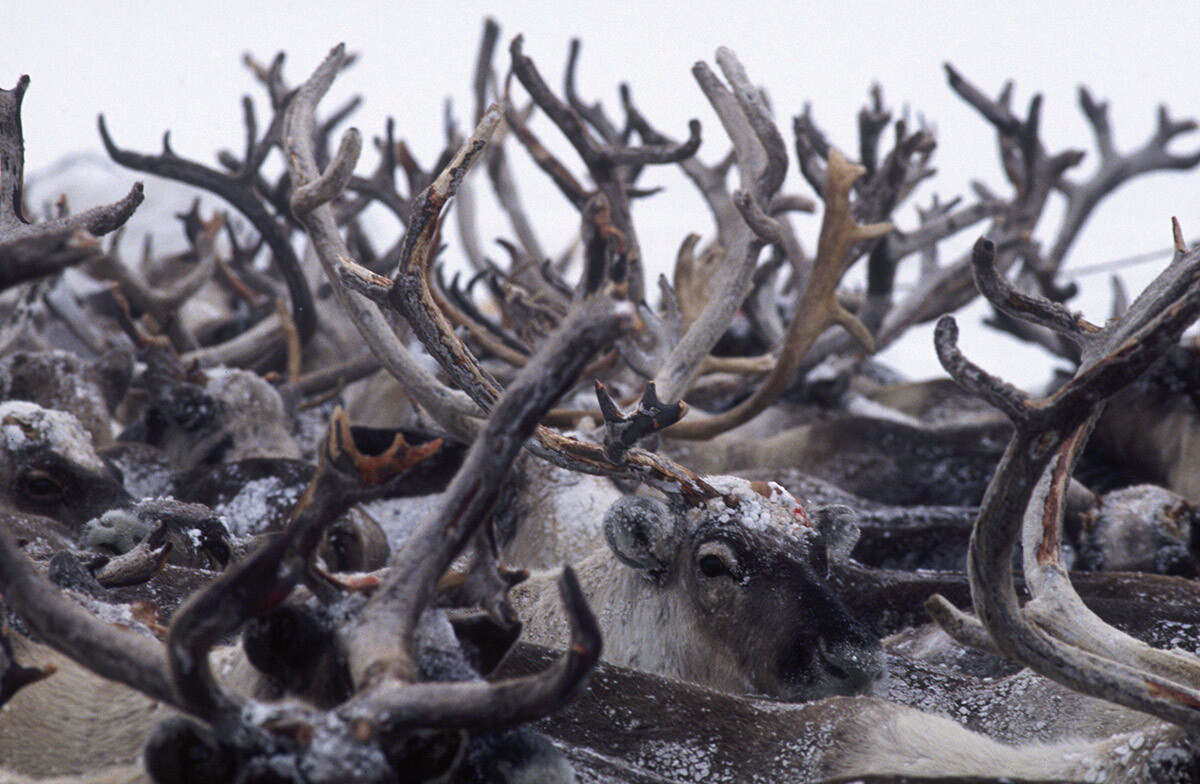 This large herd of reindeer of the Nenets people

The migration patterns of the large Taimyr herd, which is found in the northernmost tip of Russia, have been affected by rising temperatures and human activity. Now the reindeer’s journeys are more perilous as they are forced to swim across rivers that have prematurely melted. Many of the calves in particular cannot make it through the difficult conditions.

Polar Bears: Whether animals such as the polar bear will be able to adapt to a changing environment is a question that scientists do not see eye to eye on. For Kumeleev, because the number of endangered species is already low (and in some cases critically low), it is most likely they will not be able to adapt.

But for Kokorin, it’s not all doom and gloom for most of these vulnerable animals. When it comes to polar bears, Kokorin reassures that even the most pessimistic forecasts say that this majestic animal will survive if humans use all means possible to prevent them from entering settlements (not leaving any food in the trash and scaring them away with loud gunshots). This is their most important adaptation method to climate change. Their numbers will likely decline but it will still be enough to sustain a healthy population that will “bring joy to our grandchildren and their children”, says Kokorin. 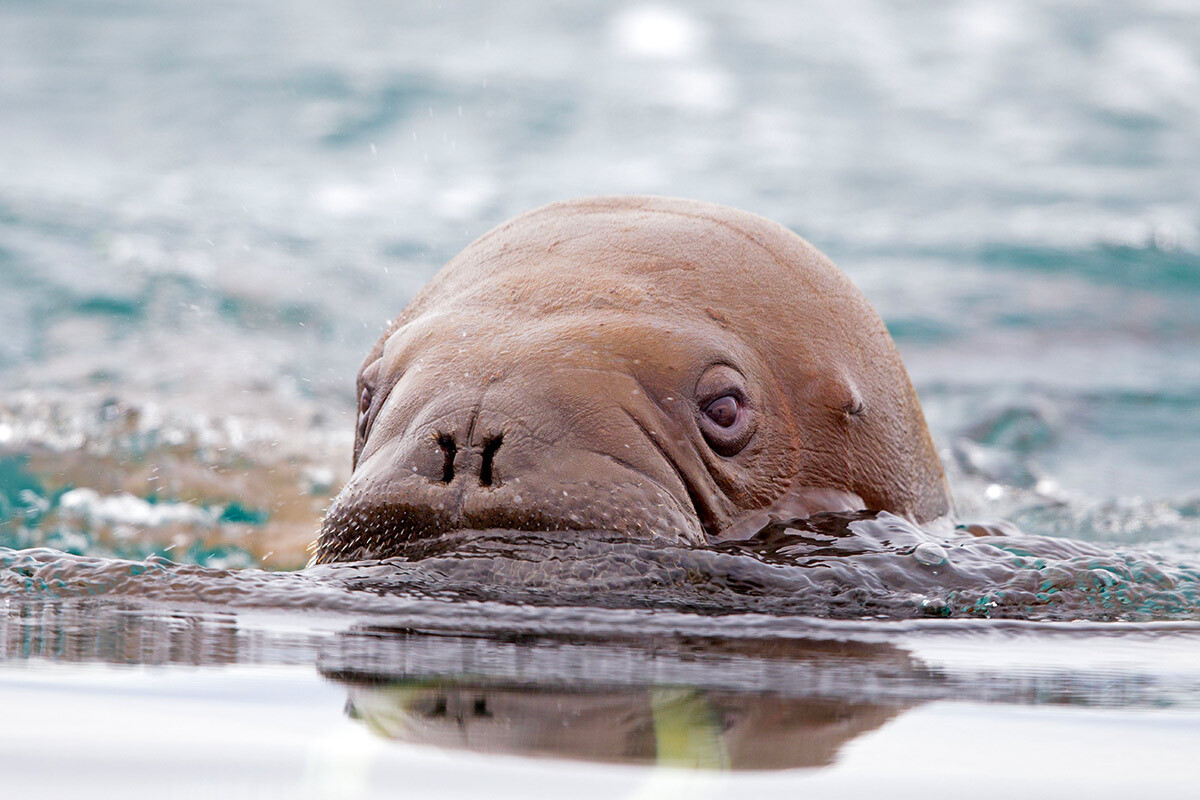 Walruses: As for the walruses, we need to monitor any new rookeries, understand what problems the walruses might encounter there and try to demotivate the walruses from setting up rookeries in places where they will be vulnerable to polar bear attacks by making noise, for example. Of course we shouldn’t be interfering with nature too much, so this should only be done when walrus numbers start getting critically low.

White Sea Seals: They will not survive if the climatic conditions continue to change, according to Kokorin. The only choice they will have is to move to the Barents Sea (meaning they will no longer be found in the White Sea) or people will have to create artificial ice islands for them.