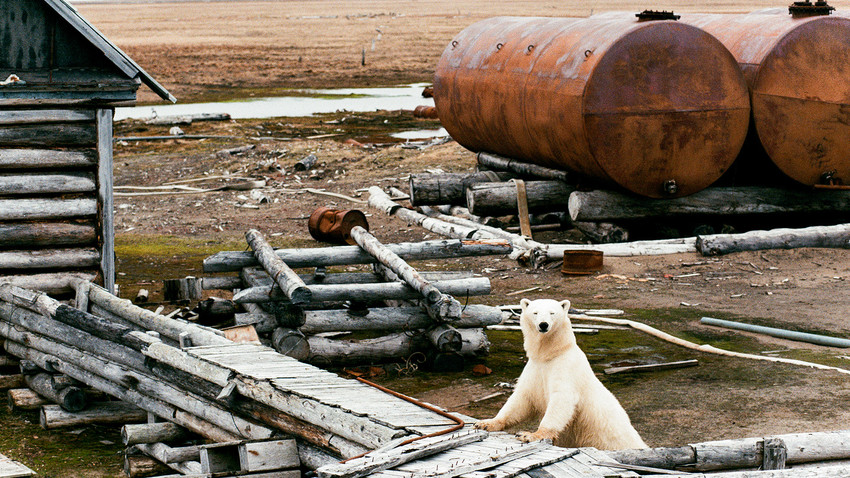 Georgy Andreev/Green Arctic archive
The remnants of the Soviet Arctic exploration are still there, in the form of old barrels used to store petrol. Toxic materials which are still leaking out of them pollute the biosphere. And there’s more to it.

According to calculations made in 2017, just in the coastal zones of the Arctic Ocean, there were up to four million tons of industrial and construction waste, as well as up to 12 million iron barrels. Between 2015 and 2017, the Russian army held a major clean up operation in the Arctic zone by collecting and removing more than 16,000 tons of scrap metal. Though certainly a good start, the problem of pollution in the Russian Arctic zones still demands much work and attention. 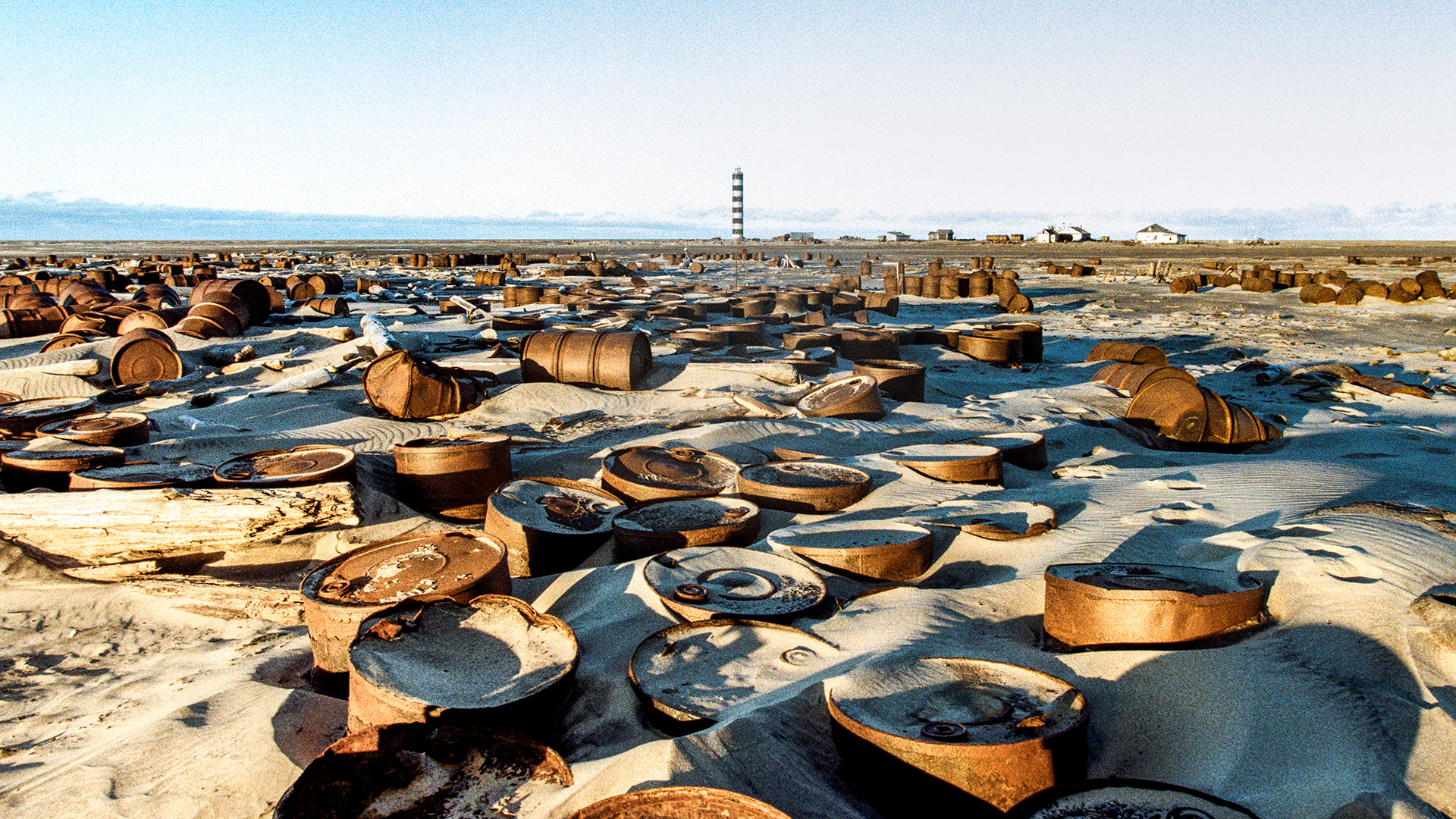 Where does all this trash come from and what damage does it do?

Varvara Semenova, Arctic Biodiversity Conservation project coordinator at WWF Russia, has been to many parts of the Russian Arctic. She says that even just as a simple observer, the amount of trash she saw during her trips was worrying.

“The type of waste depends on the region. In those places where life flourished during the Soviet times or where they built things like polar meteorological stations (which were then mostly abandoned or neglected following the fall of the USSR), the waste is the remnant of what once was here. For example, destroyed and derelict buildings and constructions, huge amounts of old barrels that were used to store petrol, etc. The amount of old barrels ‘impresses’ me the most. Even those parts of the Arctic that are now protected territories (Wrangel Island, Franz Josef Land) are cluttered with rusty old barrels,” Varvara recalls. 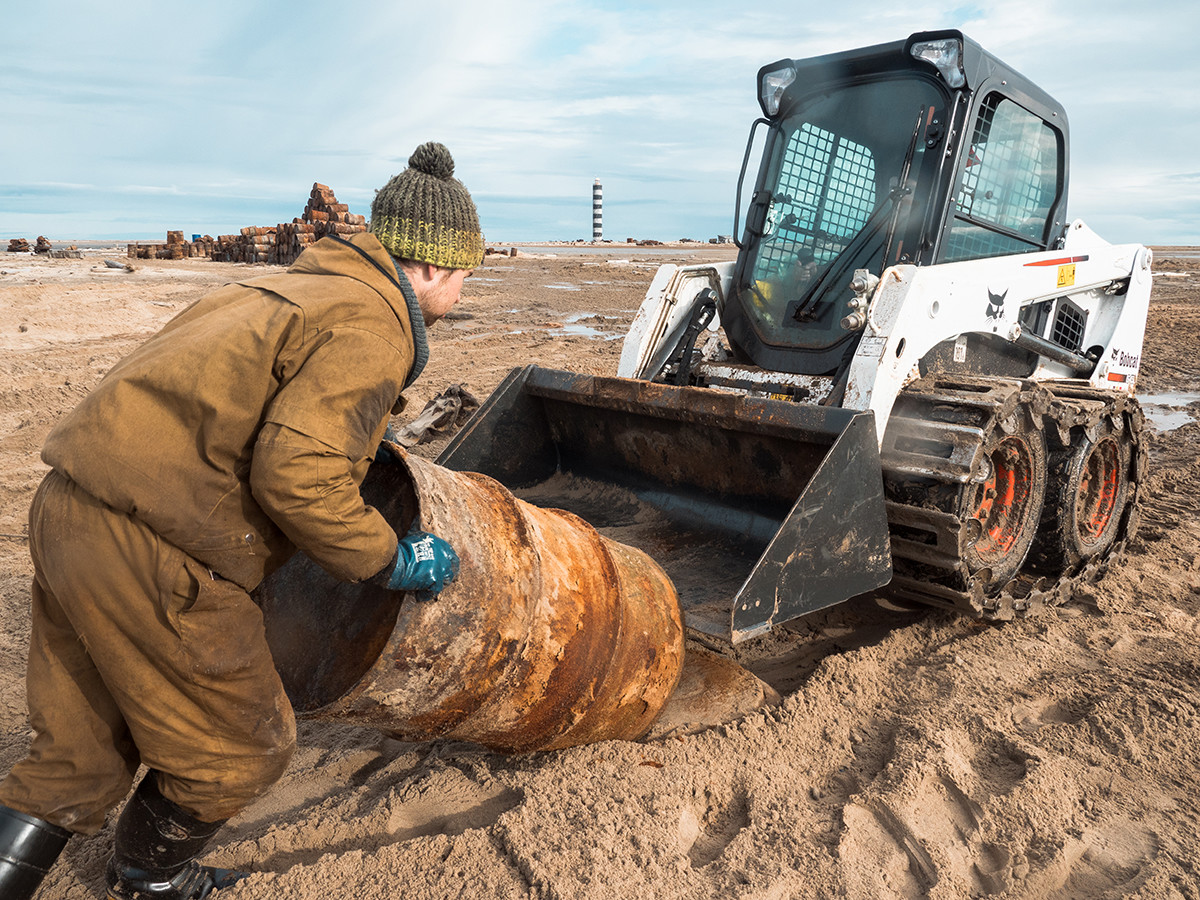 Also, many of these barrels once contained petrol and other chemical substances and things like old diesel generators also abound. As they (very slowly) decompose, the toxic material they once contained leaks out, enters the soil and, in general, pollutes the biosphere.

Russia’s Arctic territory stretches along 24,140 kilometers of coastline along the Arctic Ocean and waters above the Arctic Circle from the Barents Sea in the west at the border to Norway to the Bering Sea and the Sea of Okhotsk in the far east. Russia’s coastline accounts for 53 percent of the Arctic Ocean coastline.

Of course, the amount of trash in the Russian Arctic is not comparable to the Great Pacific Garbage Patch, but it is still a major hazard to the flora and fauna of the region. In particular, discarded fishing gear, pieces of plastic, bottles and packaging from different countries all result in microplastics being released into the water. These are then consumed by fish and the fish are then consumed by bigger animals like walruses. 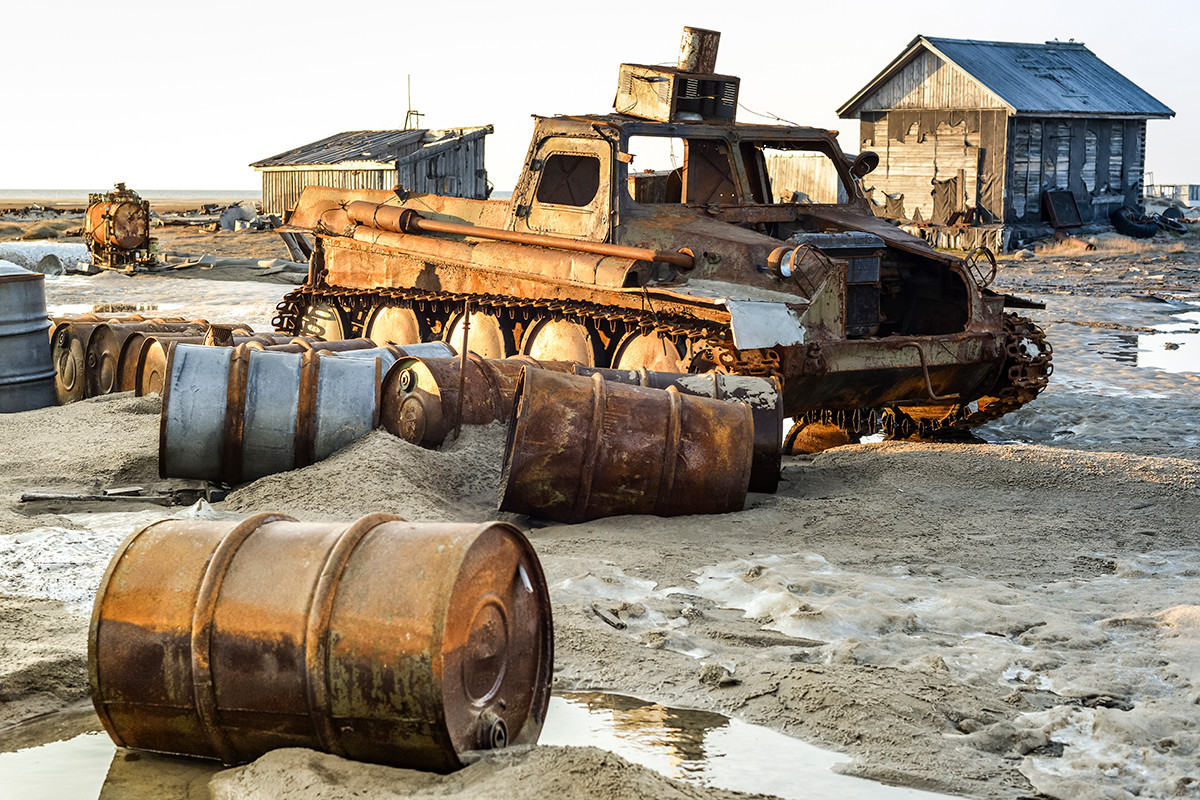 “Now, when scientists study marine life in the Arctic, one of the things they study are the levels of microplastics in animals. And these levels are rising constantly. So this plastic makes its way to the very top of the Arctic food chain,” Varvara adds.

And we’ve all seen heart wrenching videos of sea mammals tangled in fishing nets. This problem is not as big in the Arctic waters as it is in other parts of the world, but it is still a problem that leads to animal suffering and death. 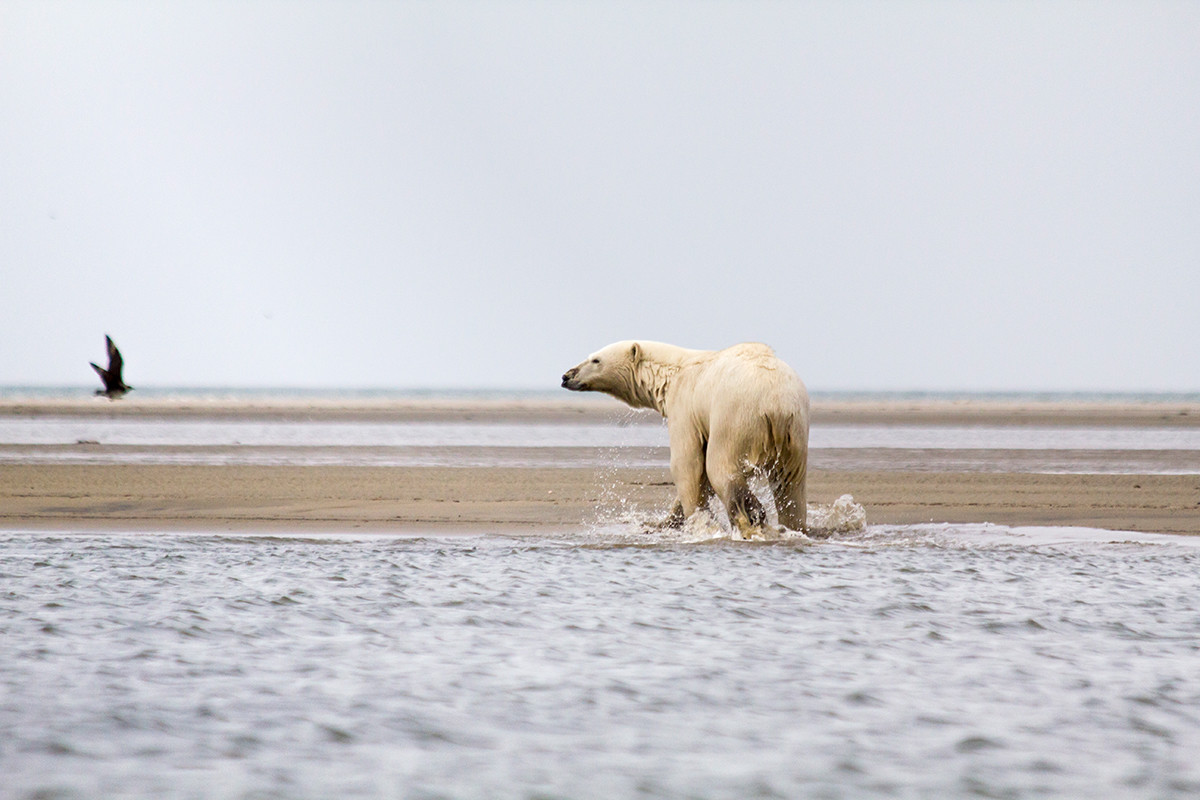 What’s more, there is a growing human-wildlife conflict happening in places like Novaya Zemlya. You may have seen funny (at first glance) videos of polar bears chasing after trash collector trucks or feasting on whatever they find in trash cans. This means that these large, dangerous animals are entering human settlements, increasing the risk of attacks on humans, eventually leading to either the human or the animal being killed. Moreover, the availability of food in the form of garbage makes the polar bears hunt less at sea and this can, potentially, throw the whole ecosystem out of order.

Luckily, thanks to the fact that more and more Arctic regions are being upgraded to a special status of federal significance, major clean up operations are being organized fairly regularly and actively to get rid of this “Soviet legacy”, as activists refer to it. These are supported directly by the Russian government. 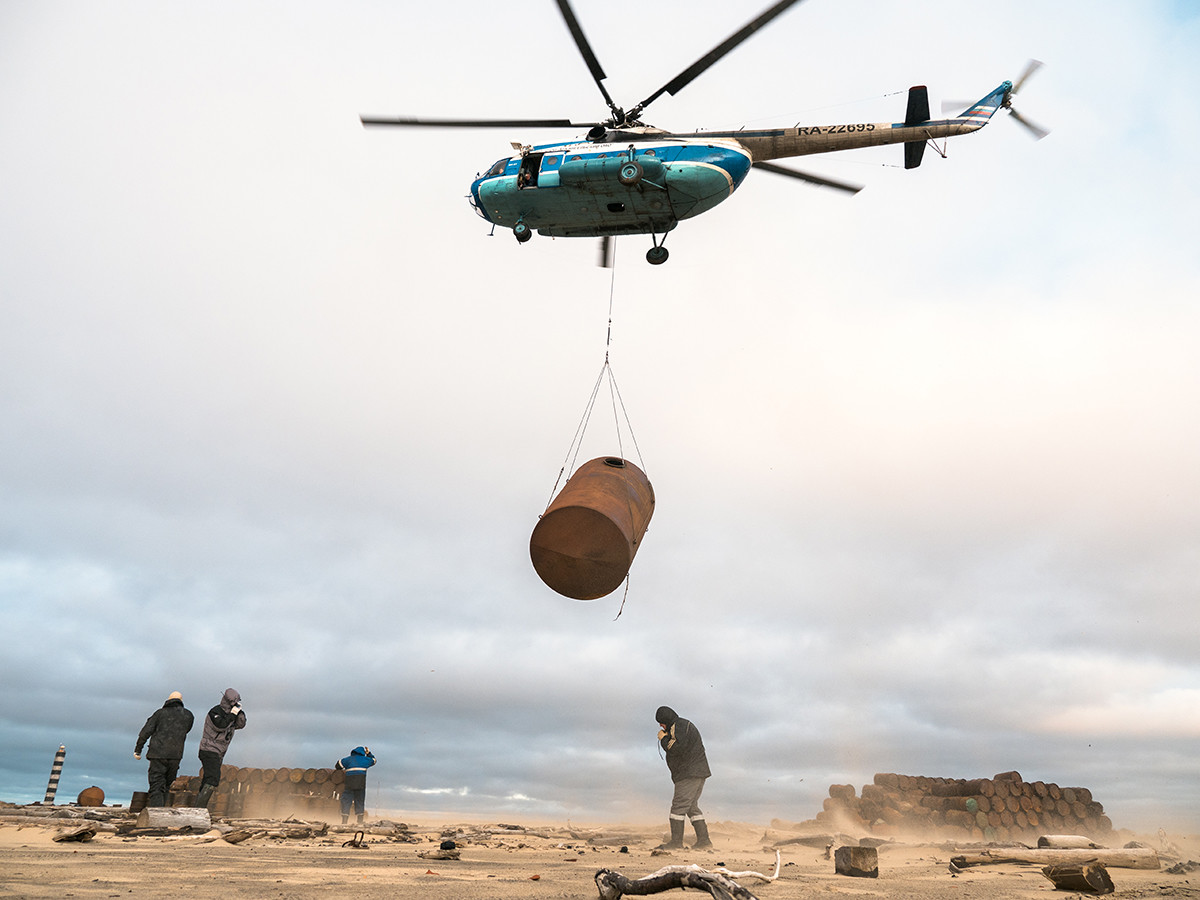 The assessment and elimination of the accumulated environmental damage was reflected in the ‘Strategy for the Development of the Arctic Zone of the Russian Federation and Ensuring National Security for the Period until 2020’, approved by the Russian President in February, 2013. In order to implement this strategy, the Russian Ministry of Defense developed and approved the ‘Roadmap for the elimination of environmental damage caused as a result of activities on the territory of the Russian Ministry of Defense in the Arctic zone’.

As a result, there was even a special program between 2015-2017, where garbage in the Arctic was collected by special units of the Ministry of Defense, the so-called ‘platoons of environmental cleaning’. They cleaned territories used for military purposes, garrisons, military ranges of the Arctic zone on the Novaya Zemlya archipelago (in the villages of Belushya Guba and Rogachevo, Severny), the Novosibirsk Islands archipelago (on the Kotelny and Kildin islands) and other facilities in Russia’s Arctic zones. 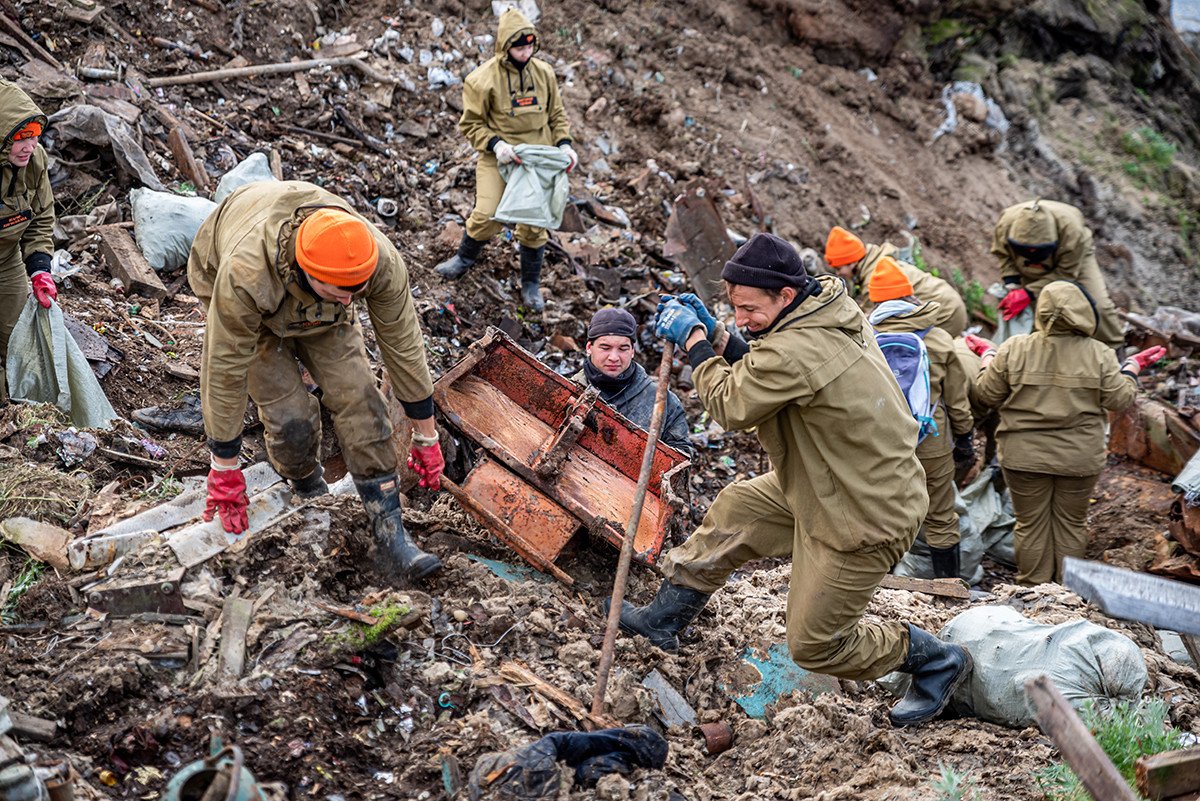 “We registered Green Arctic as an organization in 2014,” Evgeny Rozhkovsky, the program’s president, says. “But the idea was born during our clean up of Bely Island in 2013. It is there that the concept of the ‘Polar Brotherhood’ and the ‘Arctic Volunteer’ appeared - a gathering of like minded volunteers, who prefer spending their summer holidays cleaning up the Far North to vacations in seaside resorts with all their creature comforts. Our main objective is to form volunteer teams that participate in environmental expeditions to Arctic territories and restore the ecological balance of the region.”

Anyone can apply to become a volunteer. In 2020, Green Arctic received 267 applications. Out of those, 116 were selected to undergo a special 30-hour educational program. In the end, 48 were selected to then go on to help clean the Arctic from rusting barrels and abandoned iron and eliminate landfills on the coast of the Kara Sea on Bely and Vilkitsky iIslands. During one of their expeditions, they even met a clean up team of the Russian army and exchanged ideas on how to best make the Arctic a pristine place. 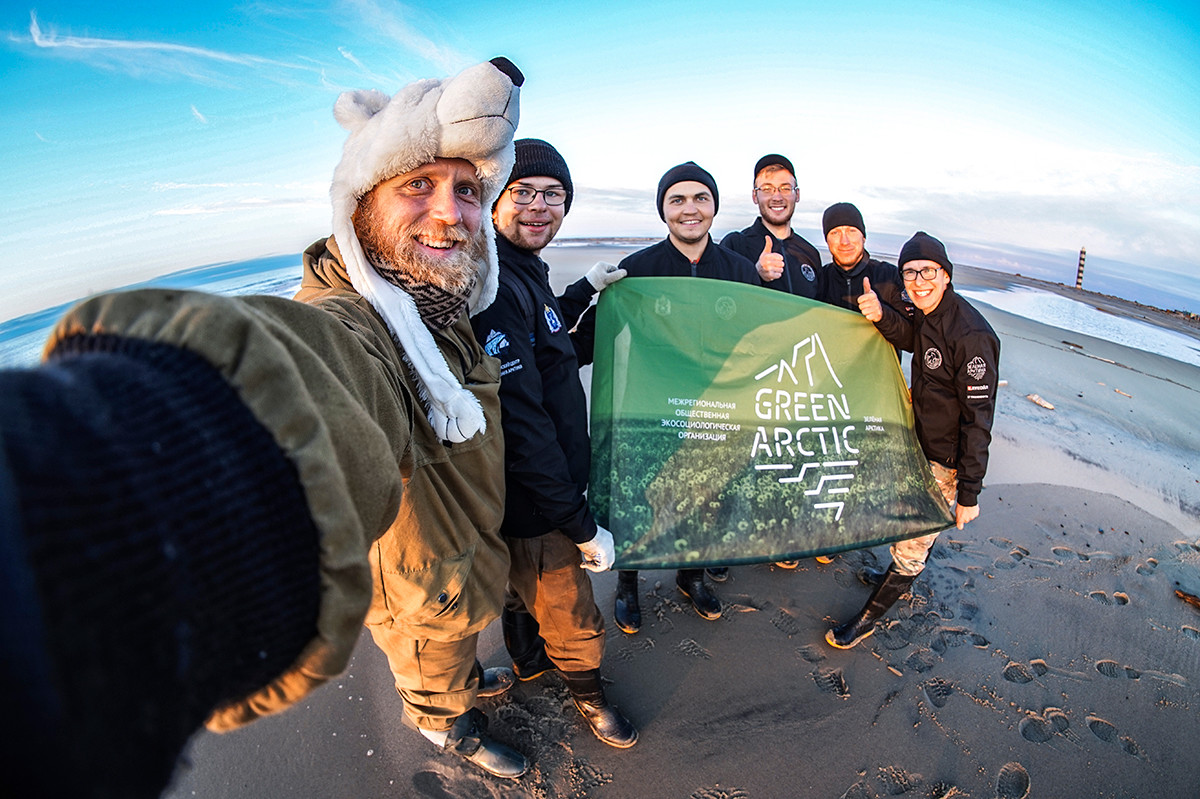 Over the last 8 years, 11 volunteer expeditions consisting of 230 volunteers from 23 Russian regions and 11 other countries (Austria, Bulgaria, Germany, Israel, China, Ukraine, Chile, Kazakhstan, Kyrgyzstan, Moldova and Transnistria) took part in the program. Altogether, some 1,900 tons of metal waste was collected and sent to recycling facilities. Also, one polar bear cub was rescued in the process!

We encourage our readers to spend a summer with purpose and volunteer to clean up the Arctic. It’s a truly rewarding experience!