Arctic life in the Russian towns of Barentsburg and Pyramiden (PHOTOS) 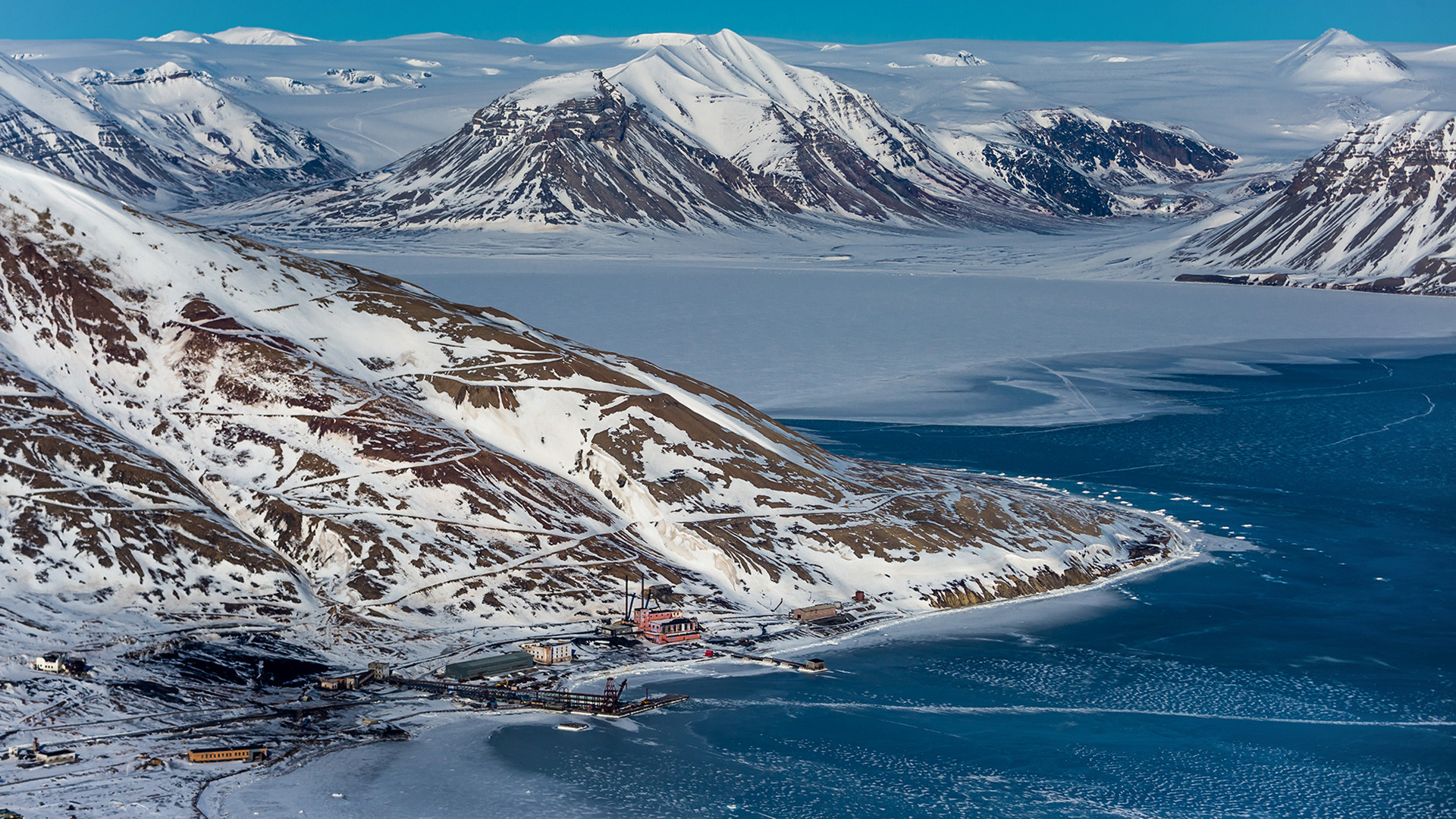 Center for Arctic Tourism "Grumant", Sergey Dolya
On polar days locals seal their windows with foil, and when the temperature hits 12°C they smear themselves with sunscreen and hide their cats from the local authorities.

“Many say that people here are always attacked by polar bears and can’t leave the house. That’s all nonsense,” says Timofey Rogozhin, head of the Grumant Arctic tourism center. 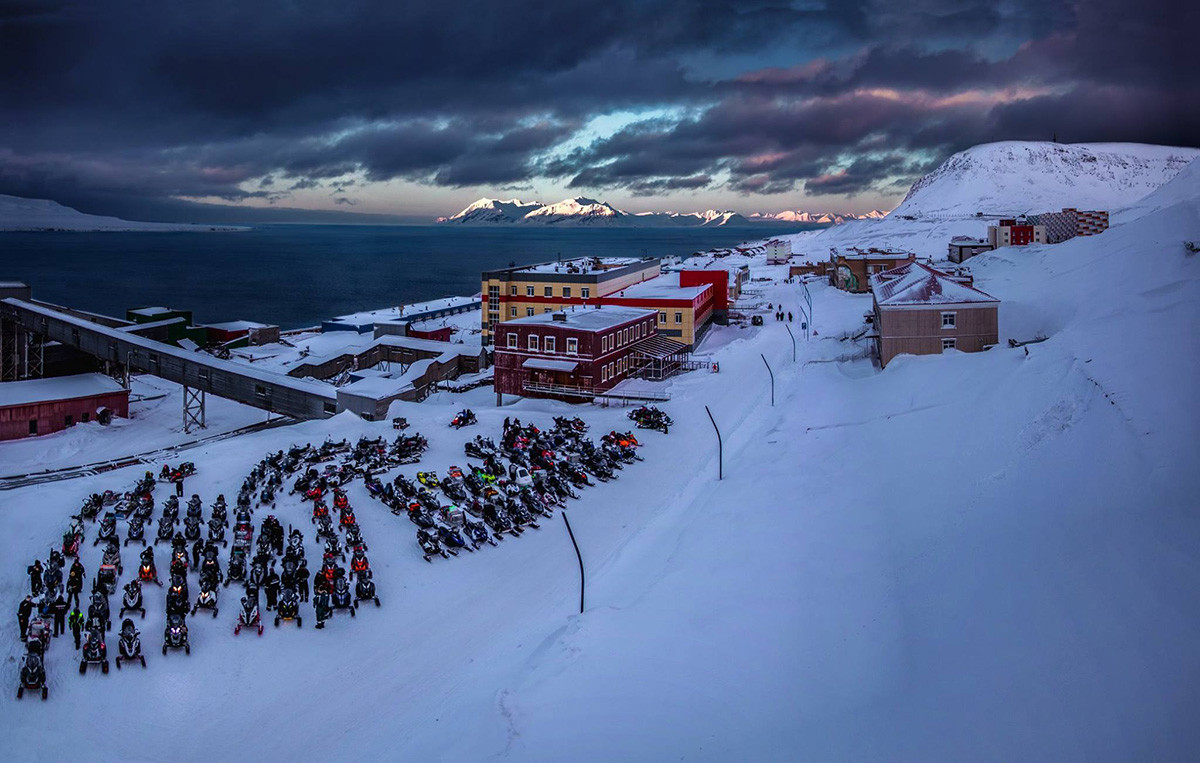 He is talking about life in Barentsburg and Pyramiden, two Russian settlements on the Norwegian archipelago of Svalbard in the Arctic Ocean. In the 1930s, the land was bought by the Soviet mining company, Arktikugol. Today, besides coal mining, local residents are engaged in scientific research and tourism — people come here to see the Northern Lights and get a taste of the spectacular natural beauty of the Arctic. 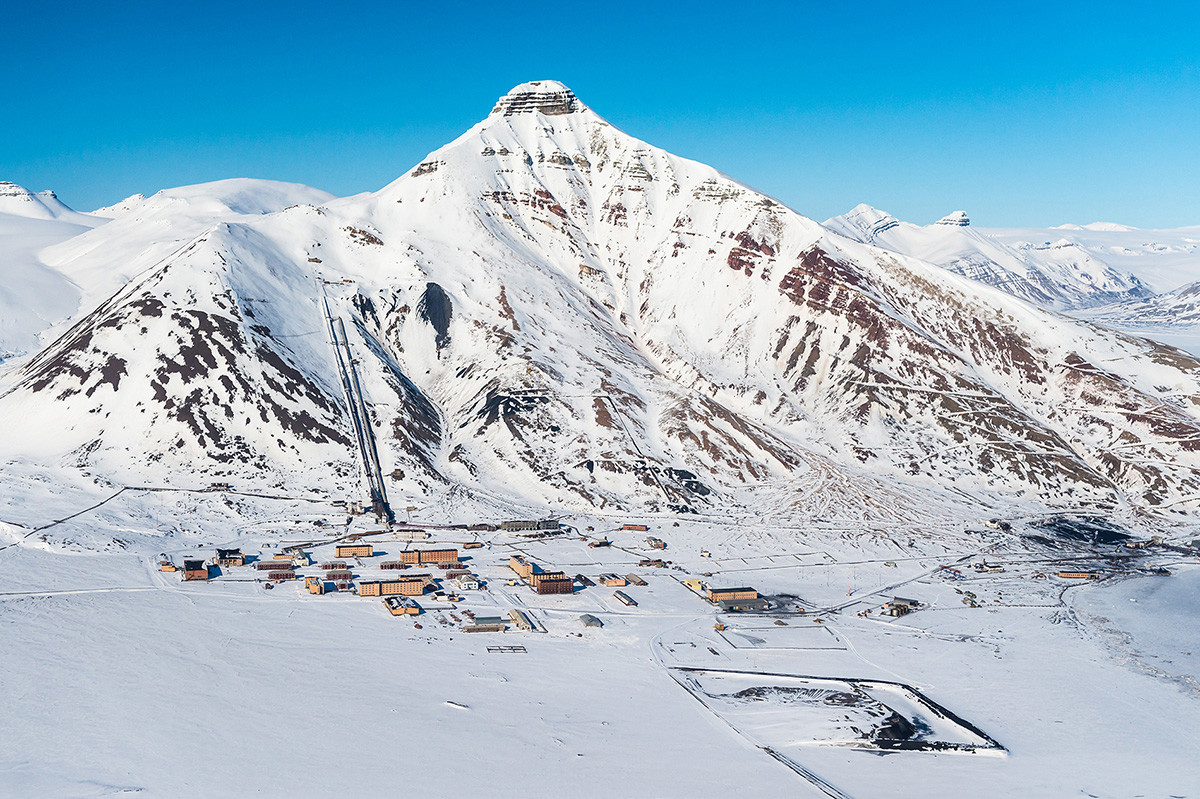 In the 1980s, about 2,400 Soviet citizens lived on the archipelago, but many returned to the mainland during the turmoil of the 1990s; and Pyramiden became a ghost town.

Today, Barentsburg is home to 400-450 people, while Pyramiden has no more than 50 residents, mostly those working to restore the settlement. Most Russians who fly to Svalbard are contract workers. A standard contract lasts no more than 3-4 years, but some try to extend it and have been living in Barentsburg for decades, said Rogozhin. 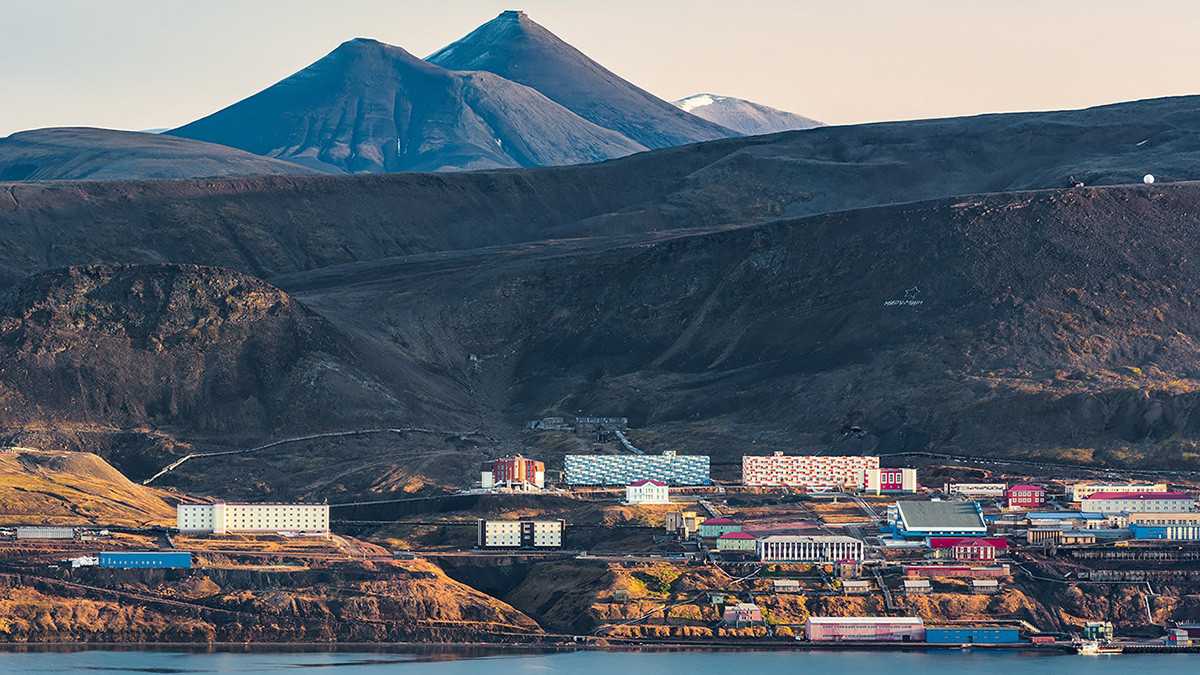 There are practically no roads in Barentsburg and Pyramiden, and so in winter locals mostly travel by snowmobile; while in summer they travel by boat or on small yachts and motorcycles like this: 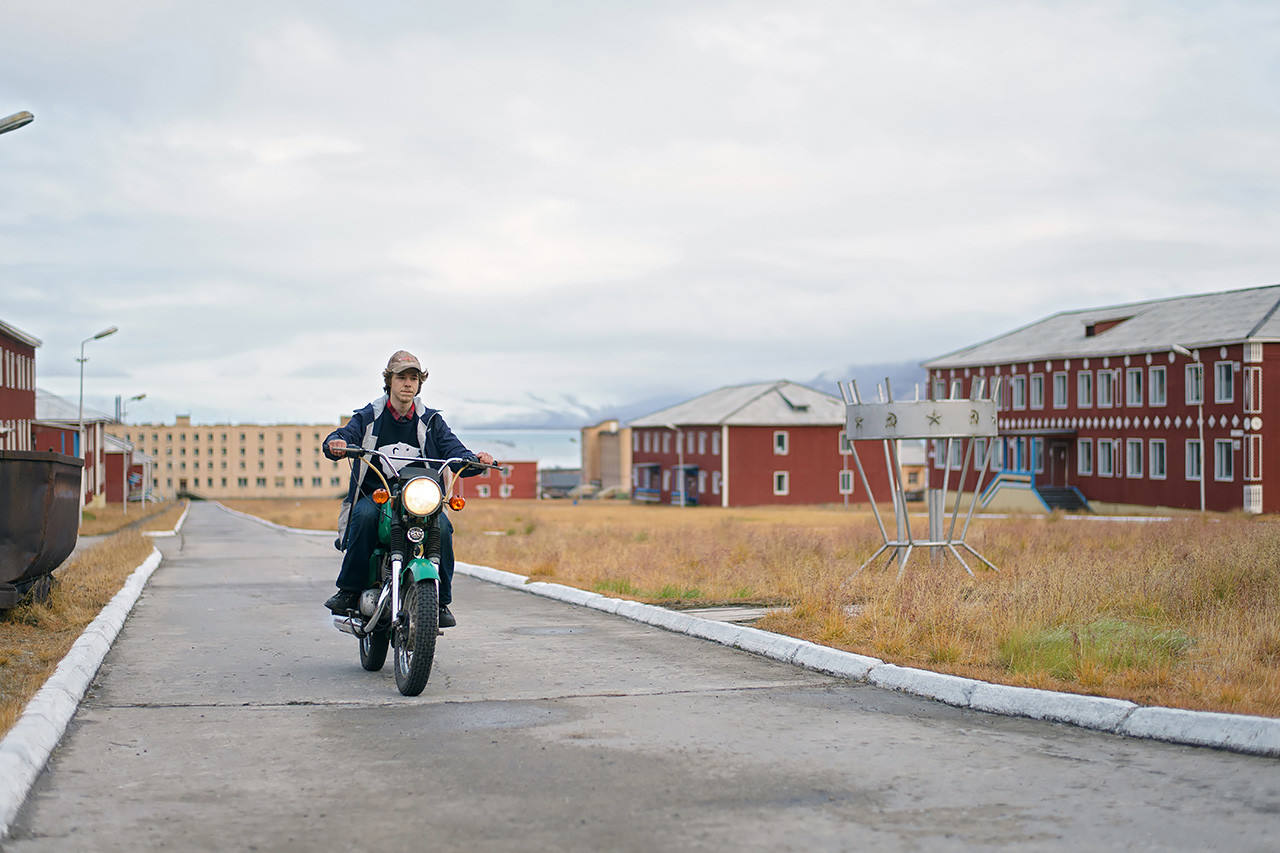 “Unlike Murmansk and Norilsk our polar night lasts 24 hours for 120 days; the only light sources are lanterns and the Moon. All the same, we somehow keep ourselves entertained; we don't drink, and we go to the local museum,” says Rogozhin. 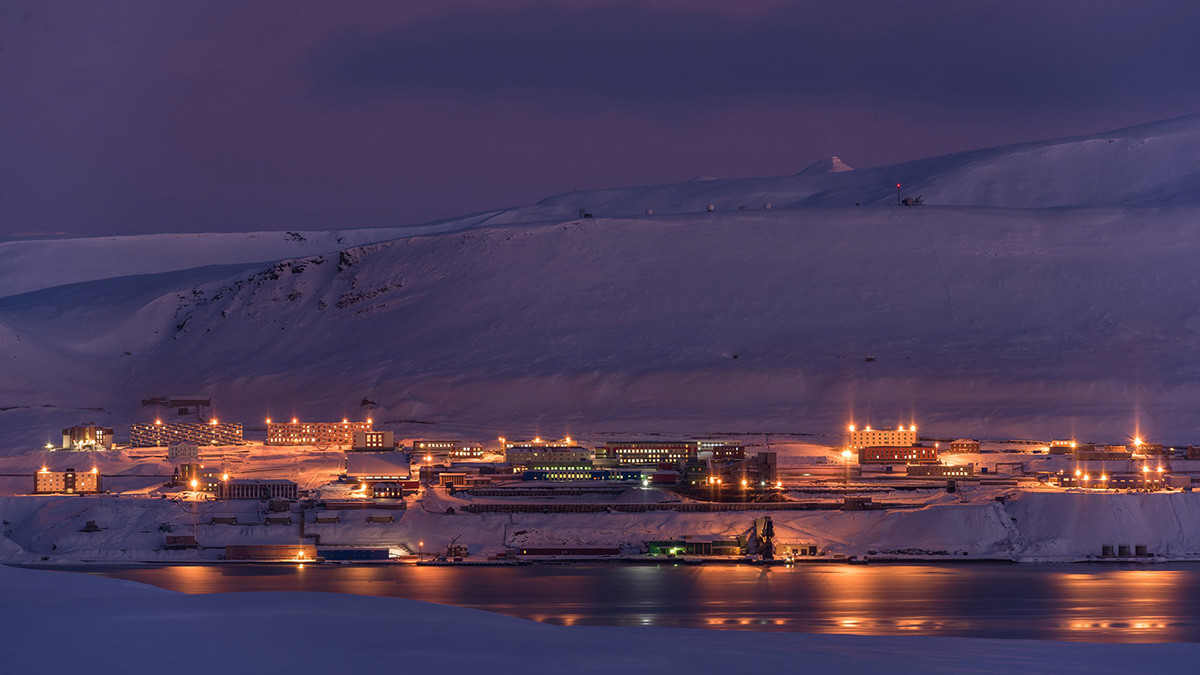 On polar days (which also number 120), it is light 24 hours a day; so to get some shut-eye locals seal their windows with foil and cover themselves with blankets.

“At 10°C we're already in T-shirts [the average temperature in summer is 5-7°C], and at 12°C we smear on the sunscreen because the sun is very intense here; even at this temperature it's easy to burn,” Rogozhin explains.

Barentsburg and Pyramiden have a kindergarten, a school, a clinic and a small chapel. 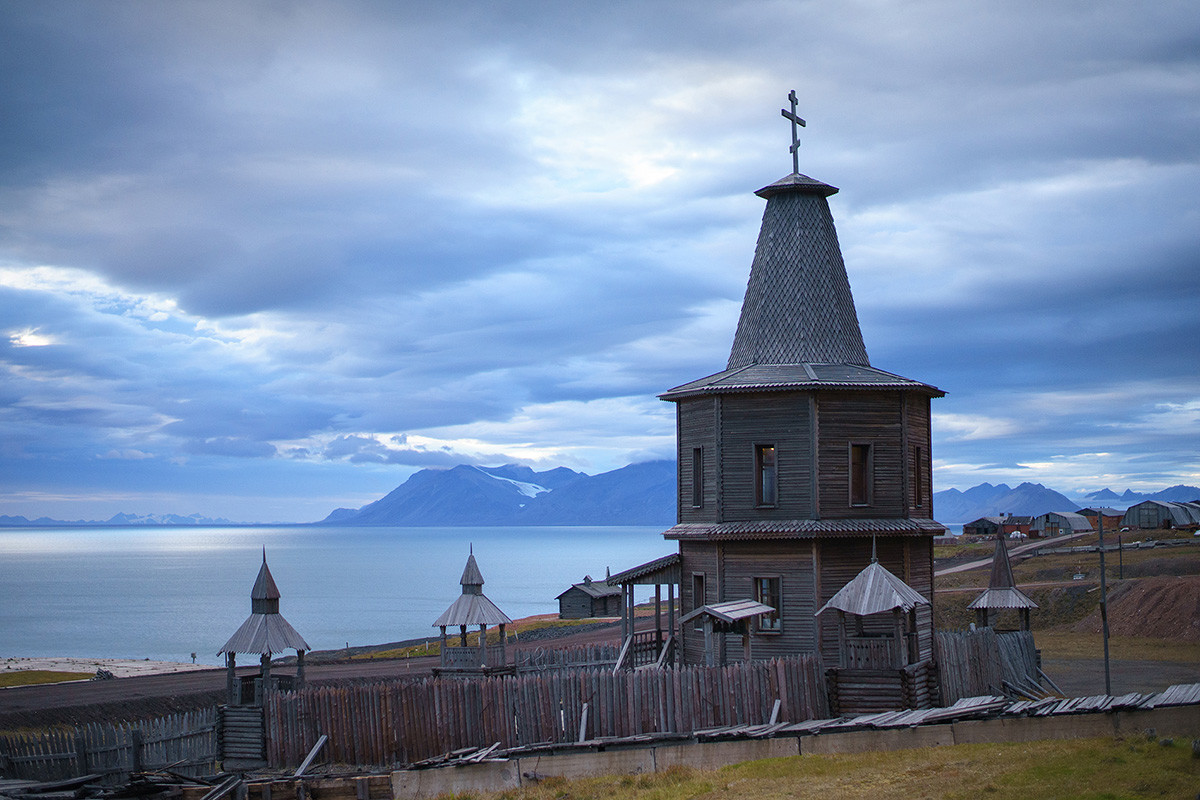 Read more: Where is the northernmost Russian Orthodox church on the planet? (PHOTOS)

Pyramiden also boasts a small bar, where both locals and tourists like to hang out.

In this so-called “ghost town,” there is also a cafe inside the former library. 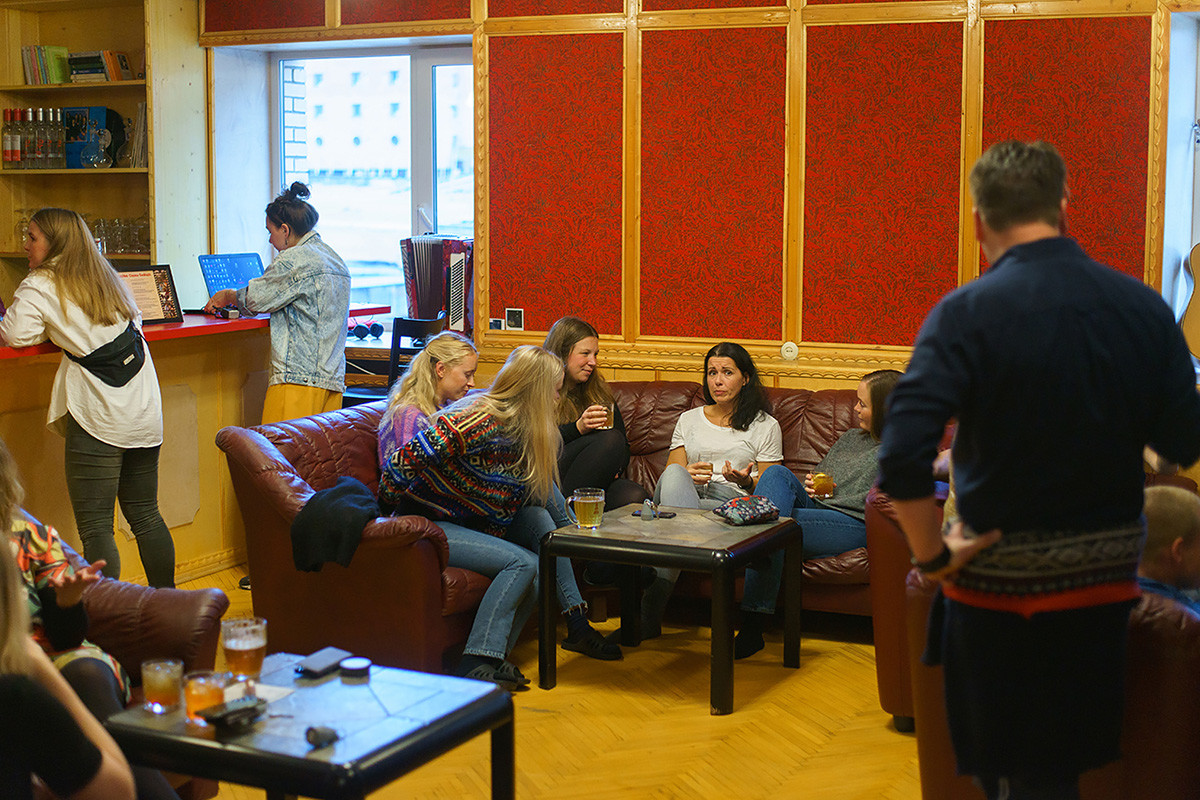 “The cafe is in the local cultural and sports complex. There used to be a library, but now there are so few residents that it’s no longer needed. This cafe was the first room with heating in the entire building,” says Aleksey Kargashin, who works at the Arctic tourism center.

In addition, the movie theater in Pyramiden was restored, with a catalogue of about 1,500 Soviet-era films for screening by projector. 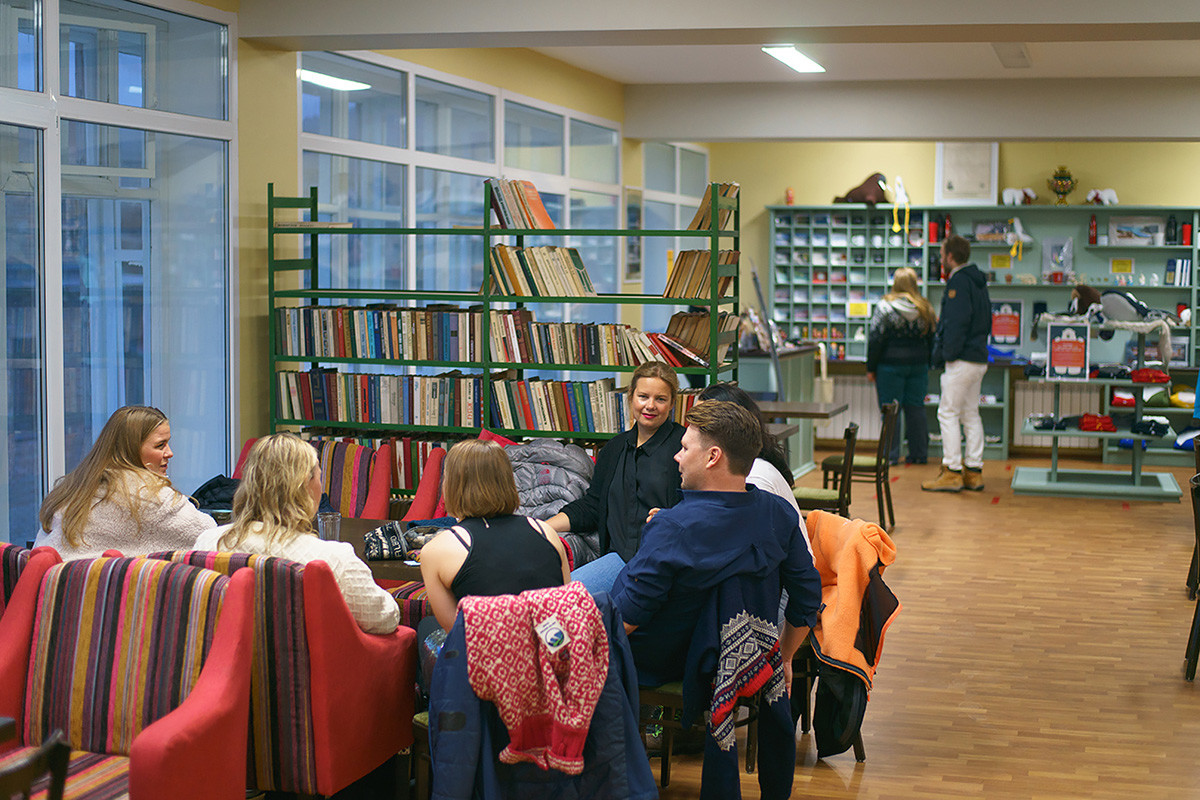 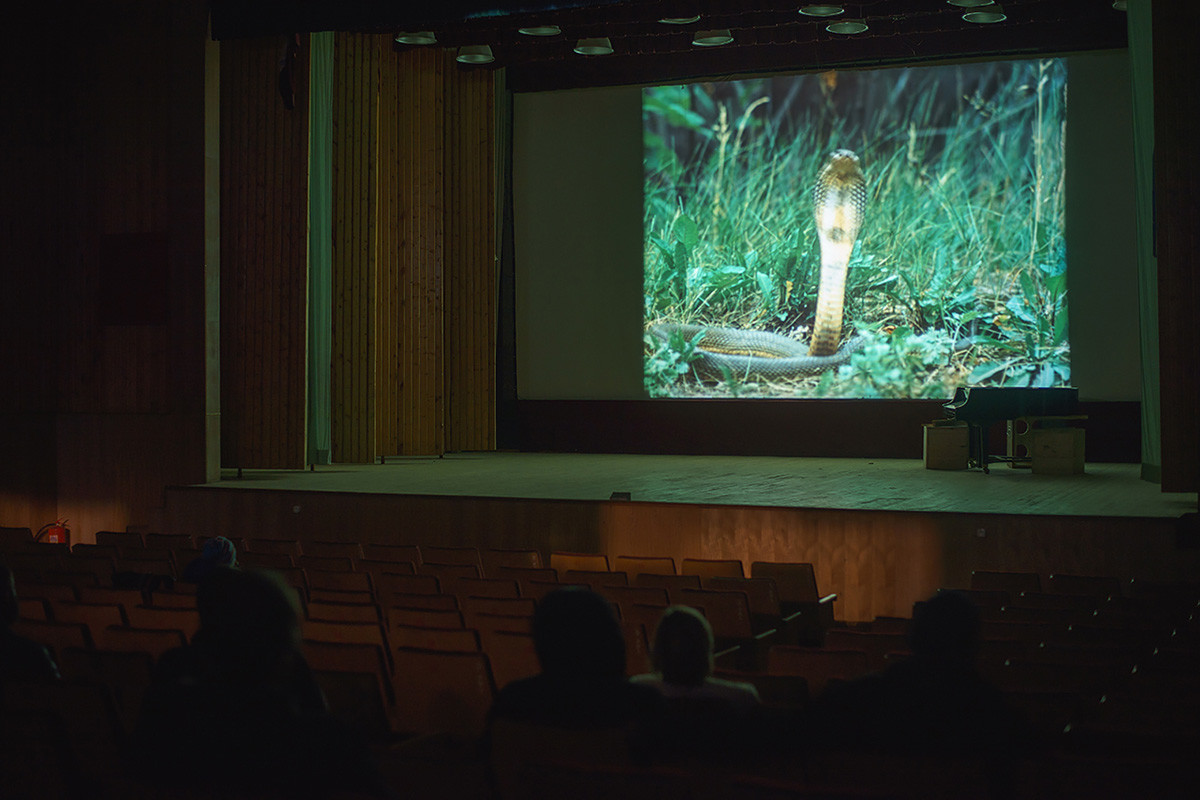 For environmental reasons it is forbidden to breed pets on the archipelago, but Russians still breed cats, one of the most famous of which is Kesha. 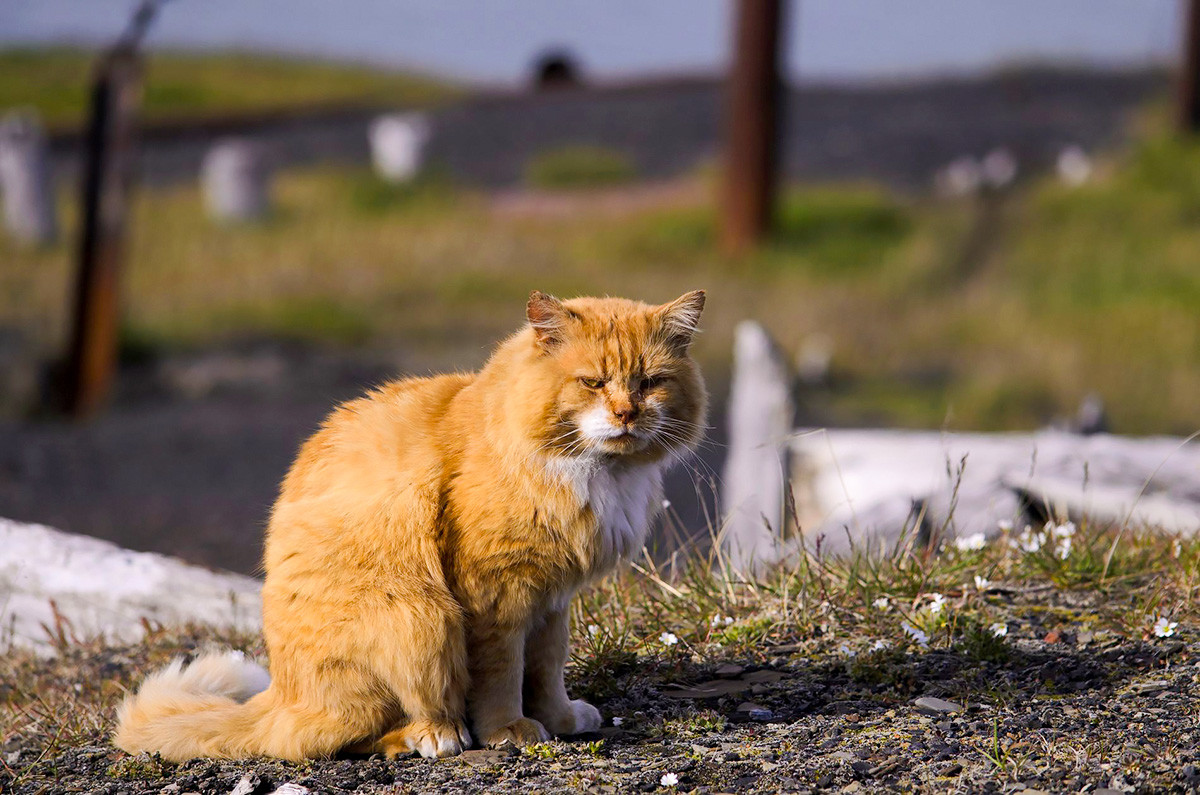 The center of Arctic tourism "Grumant" 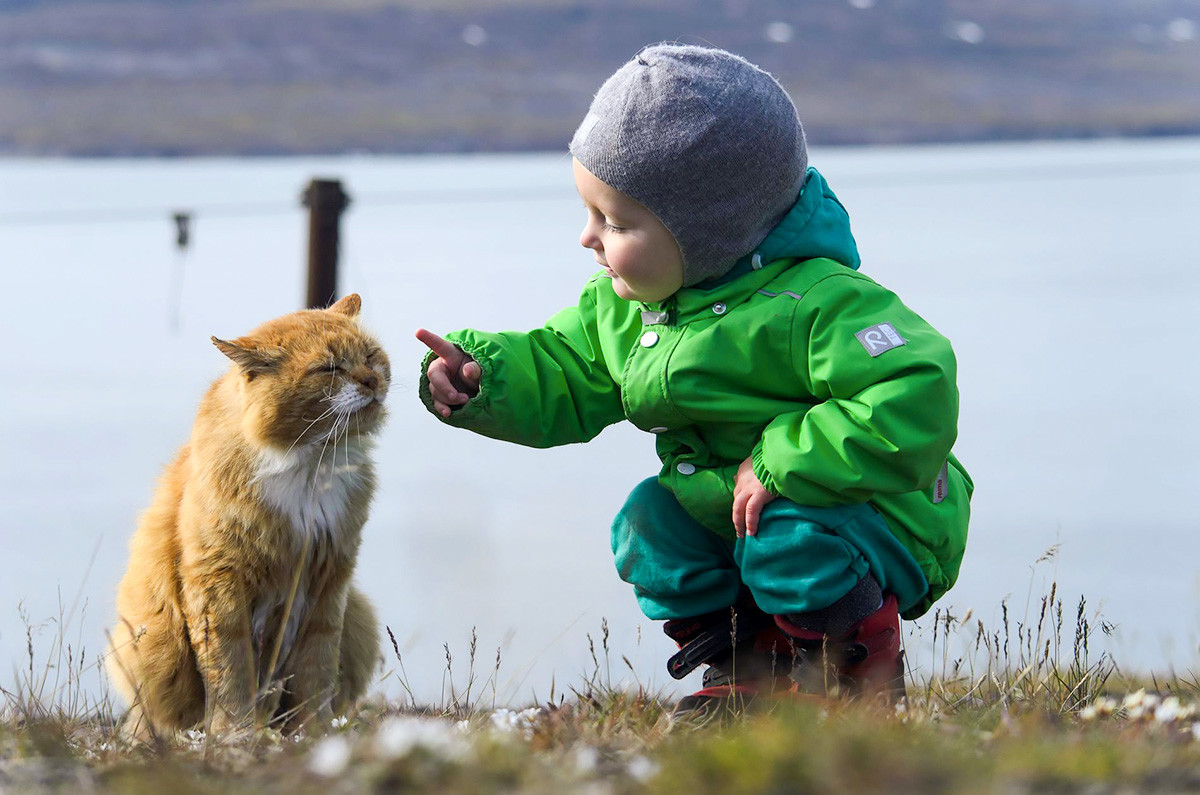 The center of Arctic tourism "Grumant"

“Kesha isn’t the only one; there are many more cats in the village, but owners try not to let them out of their apartments so they don't get caught by the Norwegian authorities — they're afraid the cats might be put down,” explained a local resident, Lilia.

New buildings in the Russian settlements stand in stark contrast to those of the last century. 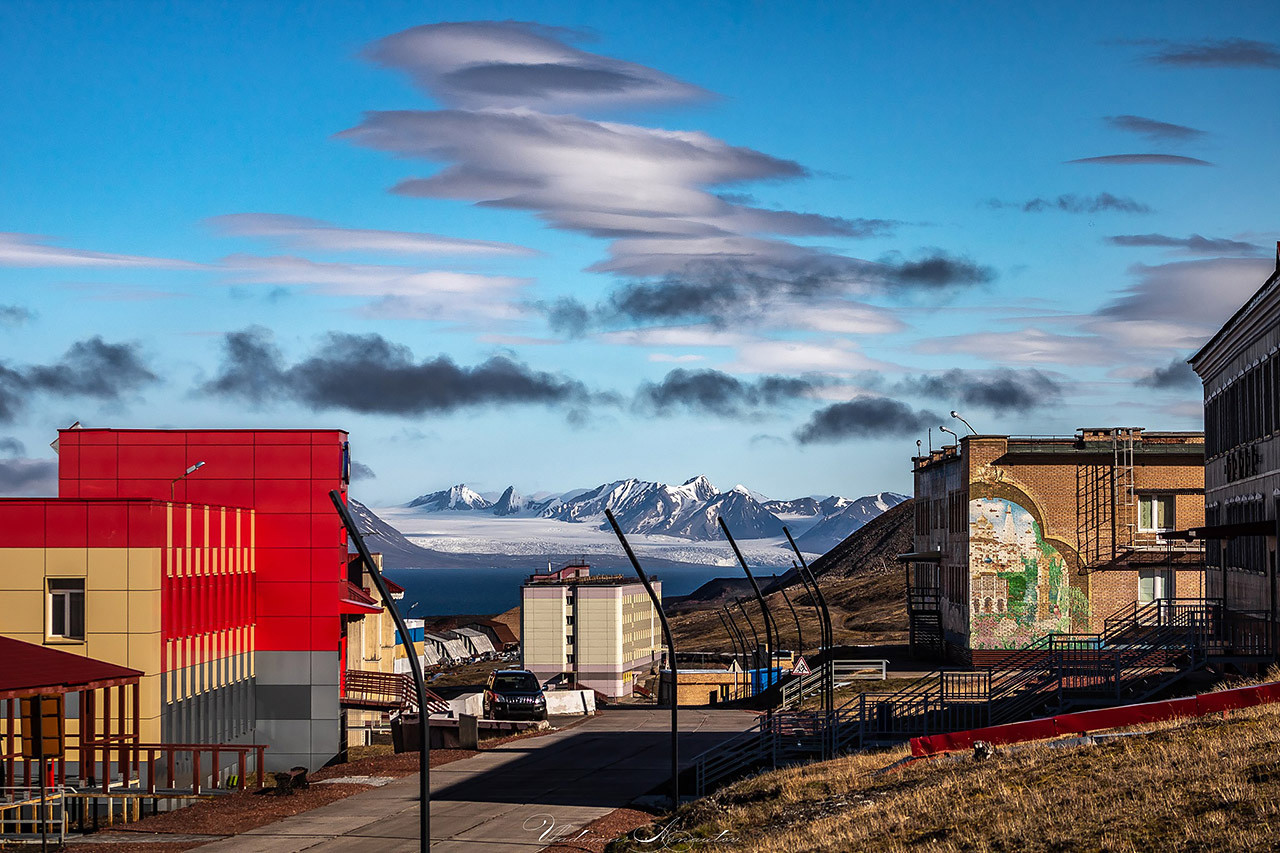 For instance, here’s the former house of the resident meteorologist. 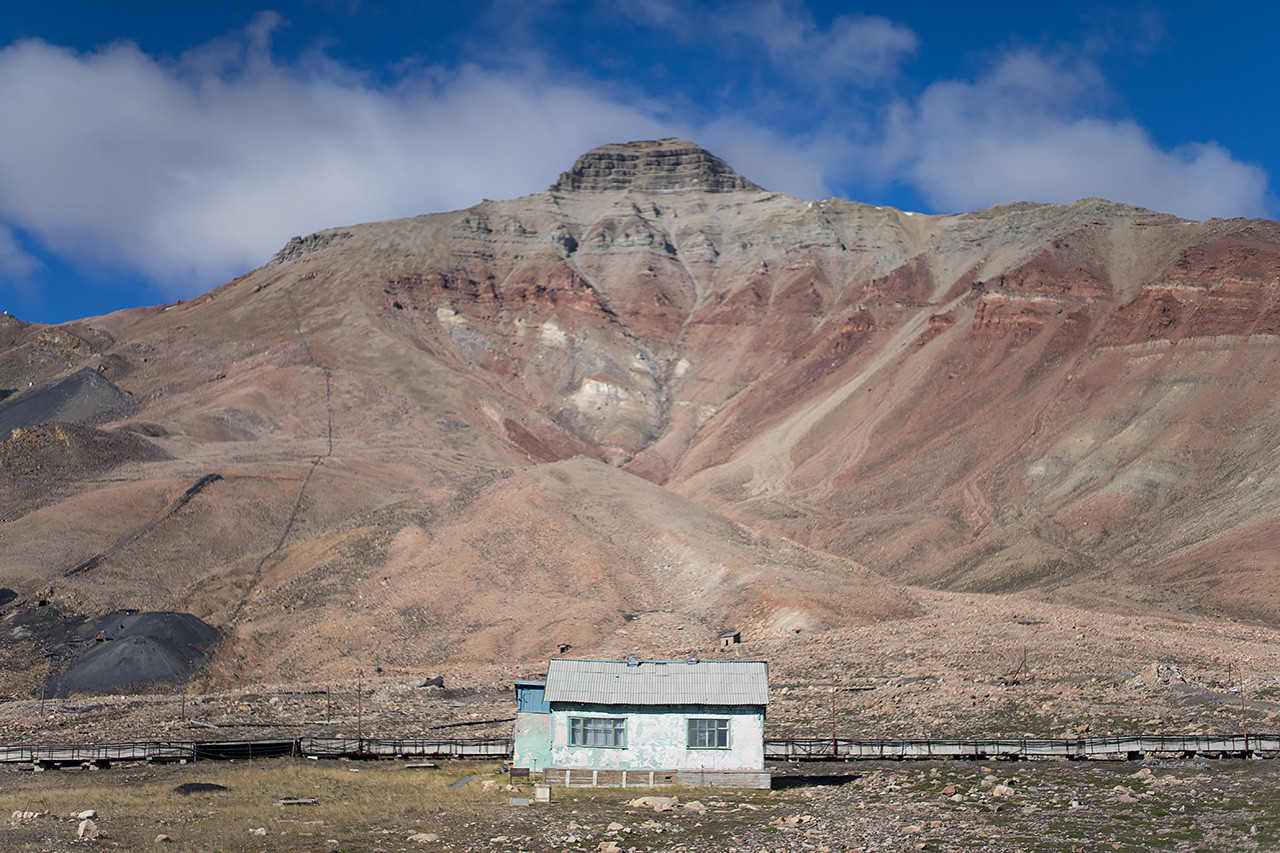 “The settlement was built from 1946 to the early 1990s. Construction was mothballed in 1998, but today the place is gradually being restored, and there are plans stretching a decade ahead,” says Kargashin. 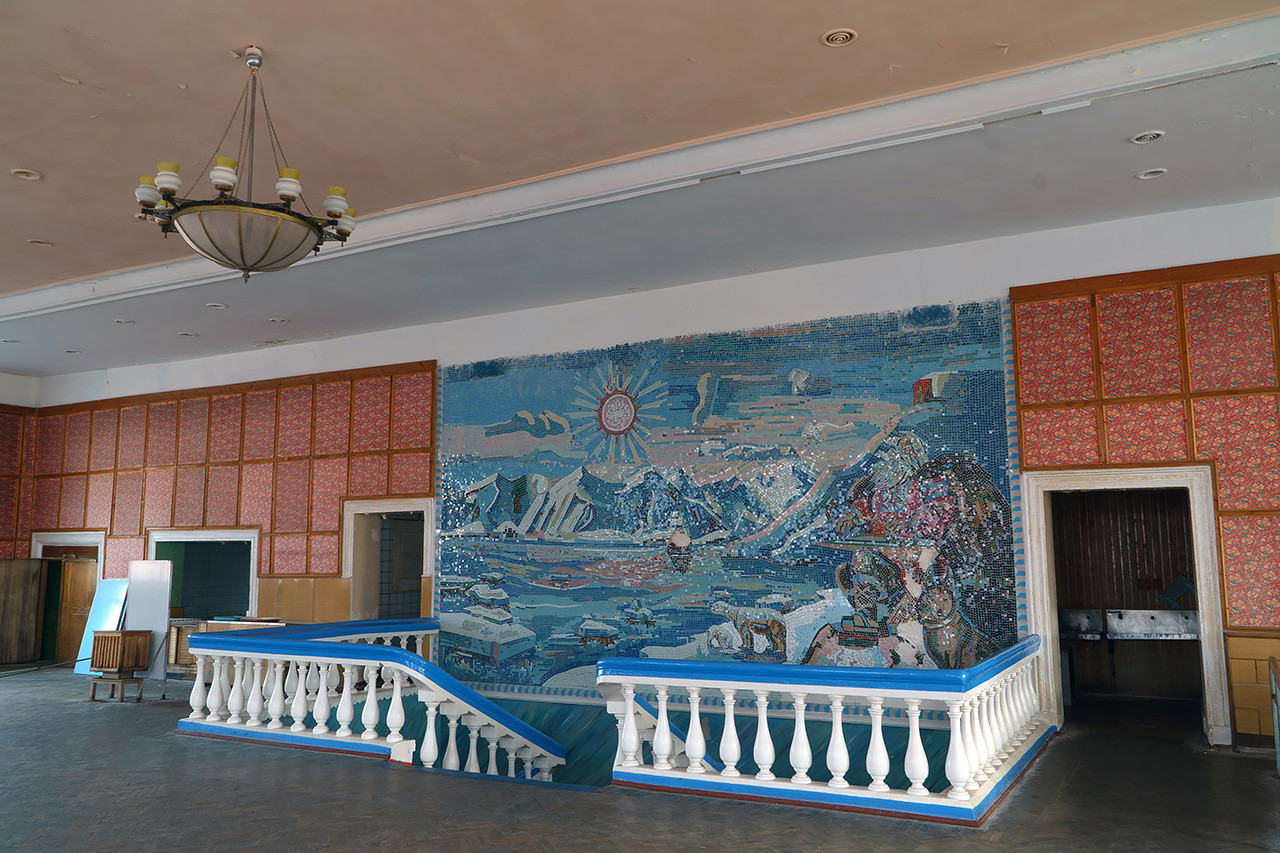 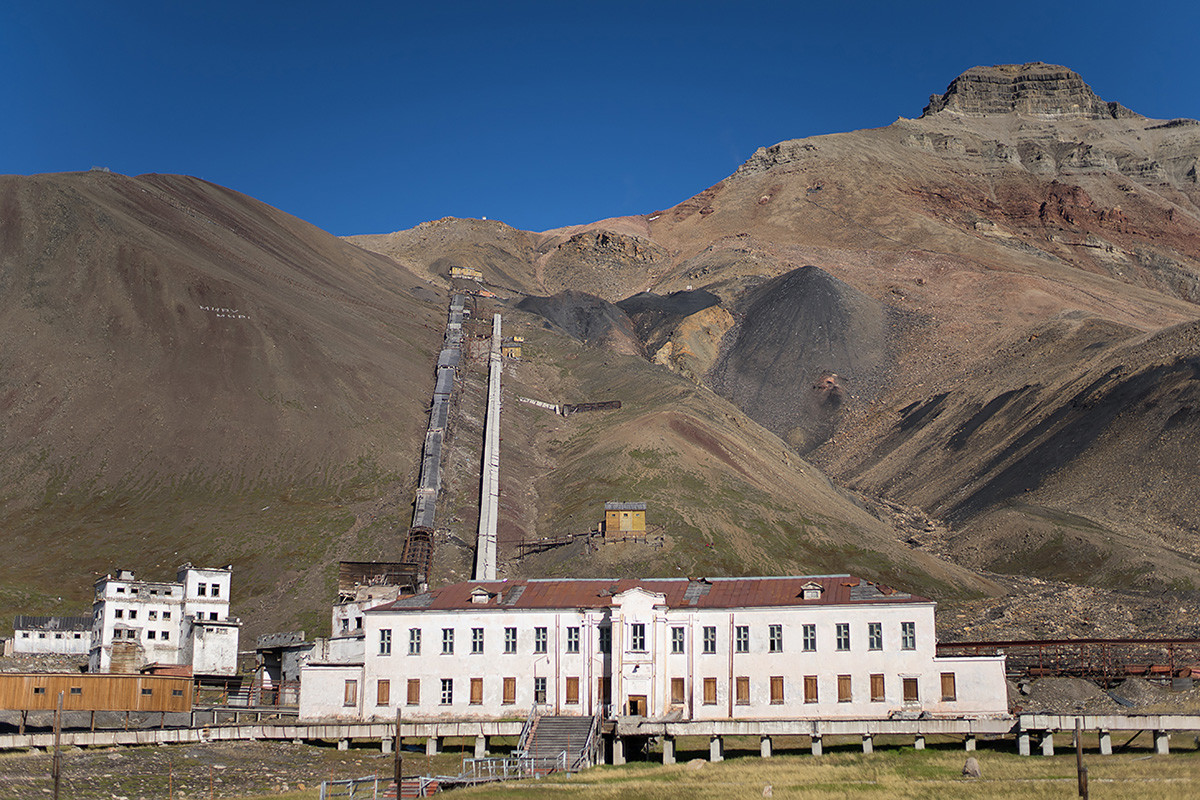 Many buildings are slated for restoration, Although others are already beyond repair they won’t be demolished; their ruins will remain on the archipelago as a historical monument. 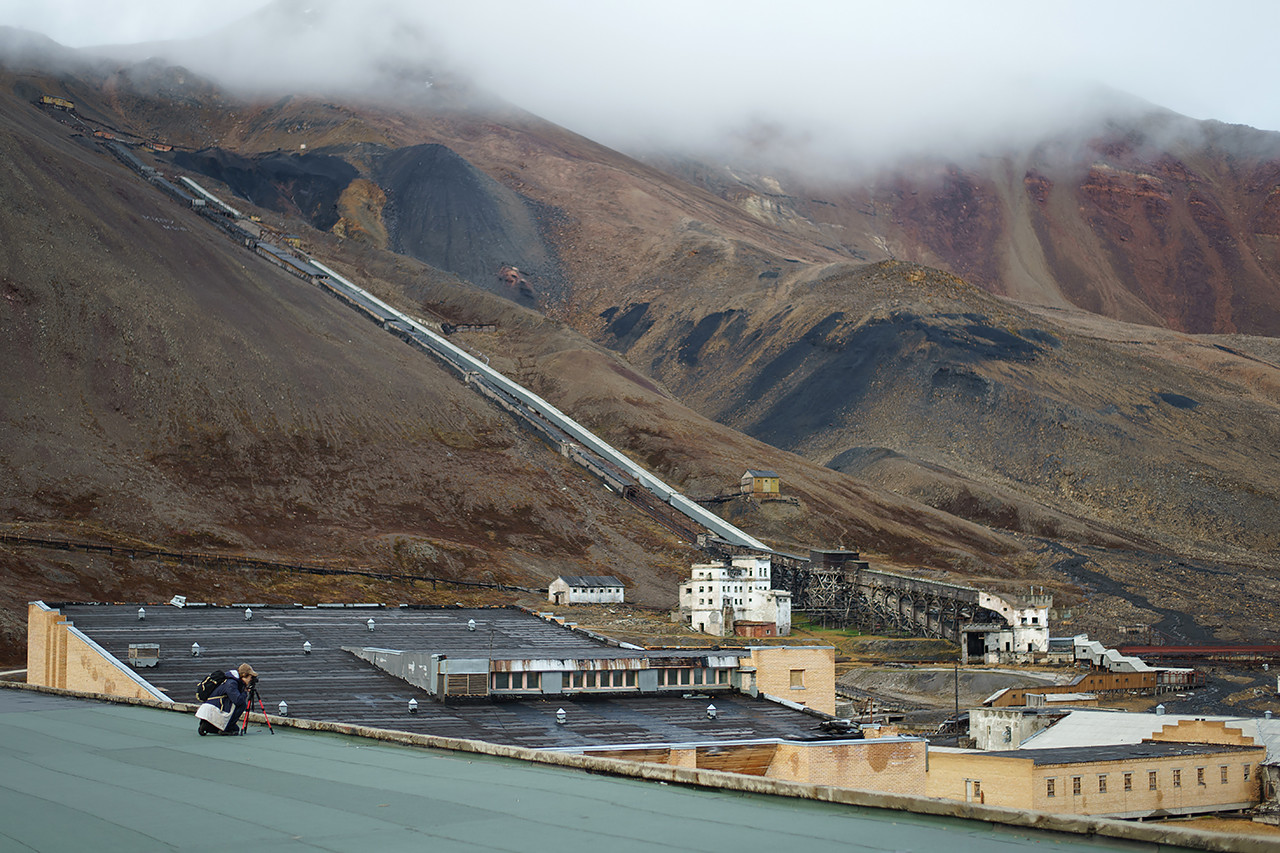 Svalbard, including the Russian settlements, remains the only place on Earth without a single recorded case of Covid-19, asserts Kargashin.

Nevertheless, since spring all bars and restaurants have observed the same safety rules as everywhere else — all premises are sanitized every two hours, customers and employees wear masks, and there is hand sanitizer on every table. At present, the only people allowed onto the archipelago are Norwegians and those who have already quarantined for 10 days on mainland Norway. 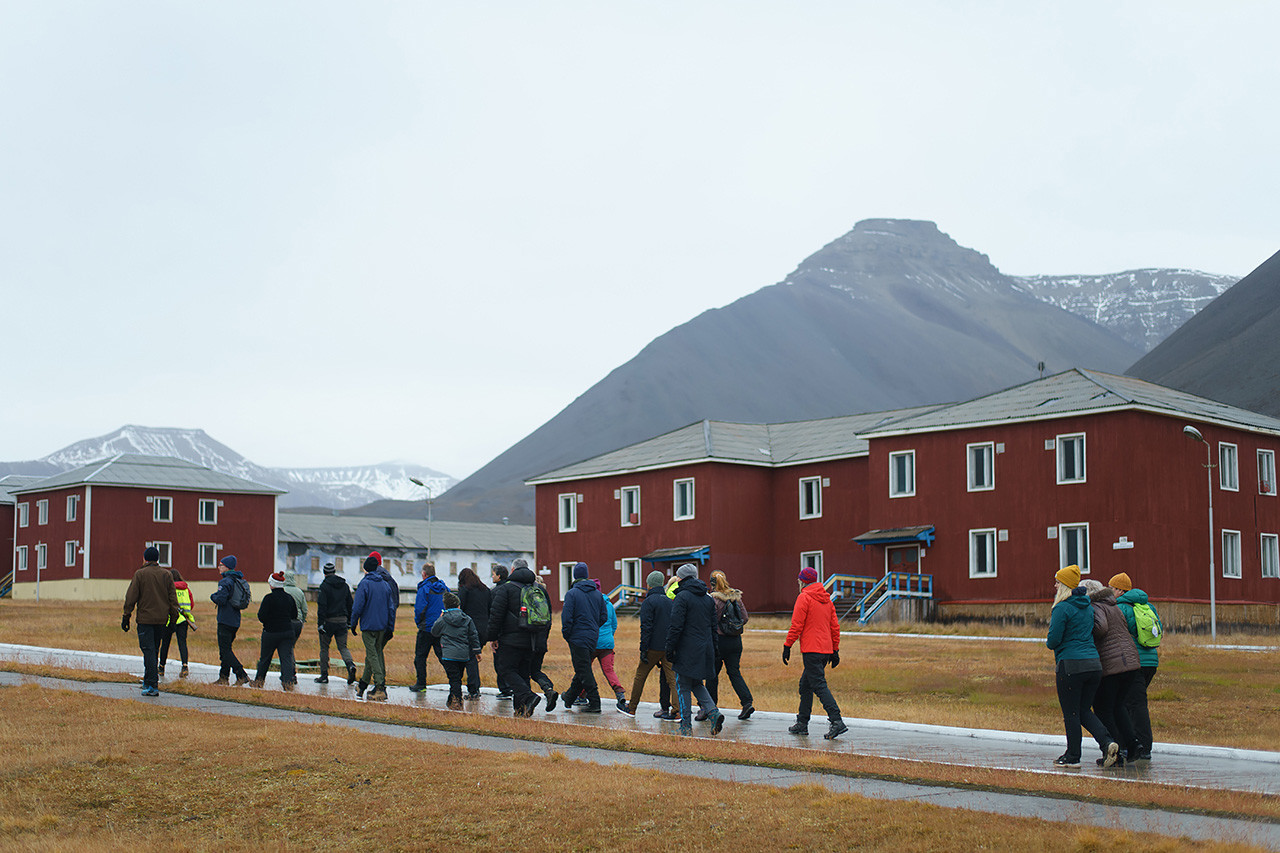