What happened to the Soviet sci-fi tanks of early WWII? 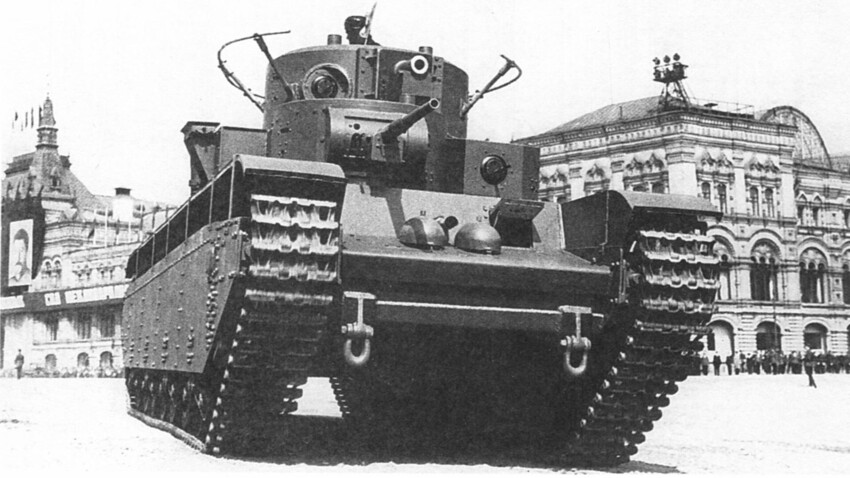 Public domain
They were the heaviest and most powerful tanks of their time. With one shot they could destroy any fortification and sow fear in enemy ranks.

In the 1930s, the Soviet Union created a series of the heaviest and most powerful tanks ever seen. Each carried five large-caliber guns and could weigh as much as 100 tons.

“These tanks were designed as a kind of land cruiser to break through enemy defenses. They were designed to destroy enemy fortifications and open the way for medium and light tanks with smaller caliber guns,” says Reserve Colonel Sergey Suvorov, PhD in Military Sciences and tank corps veteran.

Besides their weight, superheavy tanks were distinguished by their thick armor (up to 170 mm) and mighty guns able to smash any fortification of the day with a single shot.

The most powerful Soviet tanks of the late 1930s 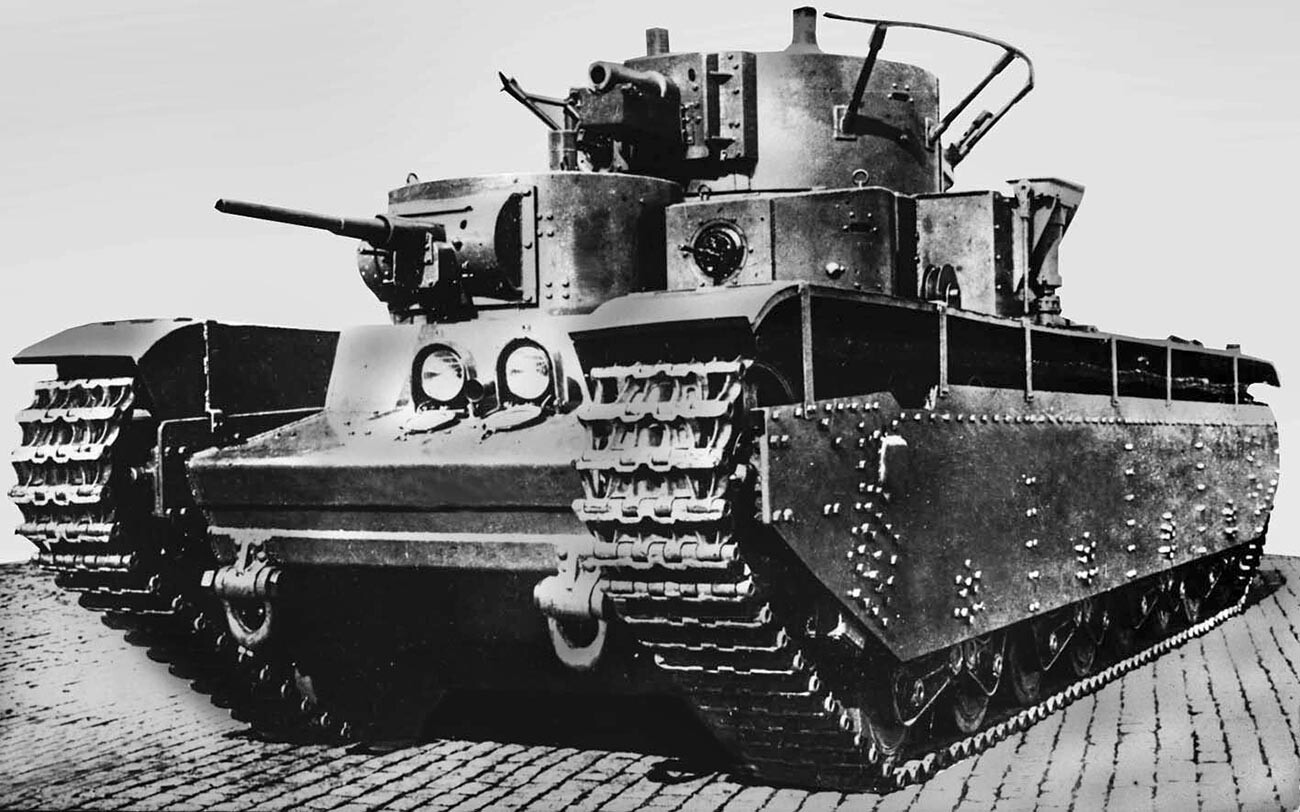 By the late 1930s, two models of superheavy tanks, the T-28 and the T-35, were already serving in the Soviet army. They stood out from other vehicles by the number of turrets and guns. Two tank turrets were installed on the hull of the T-28, and one on the T-35, but with five guns.

The KV-5 with 107-mm cannon and the SMK with three guns were also on the drawing board, but had to remain there: the outbreak of WWII hindered the further development of these tanks.

“All these machines were intended to turn the tide of any war. But during the fighting in 1941, the T-28 and T-35 turned out to be too heavy and ‘skittish’. Most of them were abandoned there on the battlefield, stuck in swamp and mud, unable to cope with rough terrain,” notes the tank veteran.

“The T-35 was too weighty and cumbersome. The mechanics could barely cope with this 100-ton colossus, and every few dozen kilometers the tank had to be inspected for malfunctions. Imagine having to check your car after every 20 kilometers,” says Suvorov. 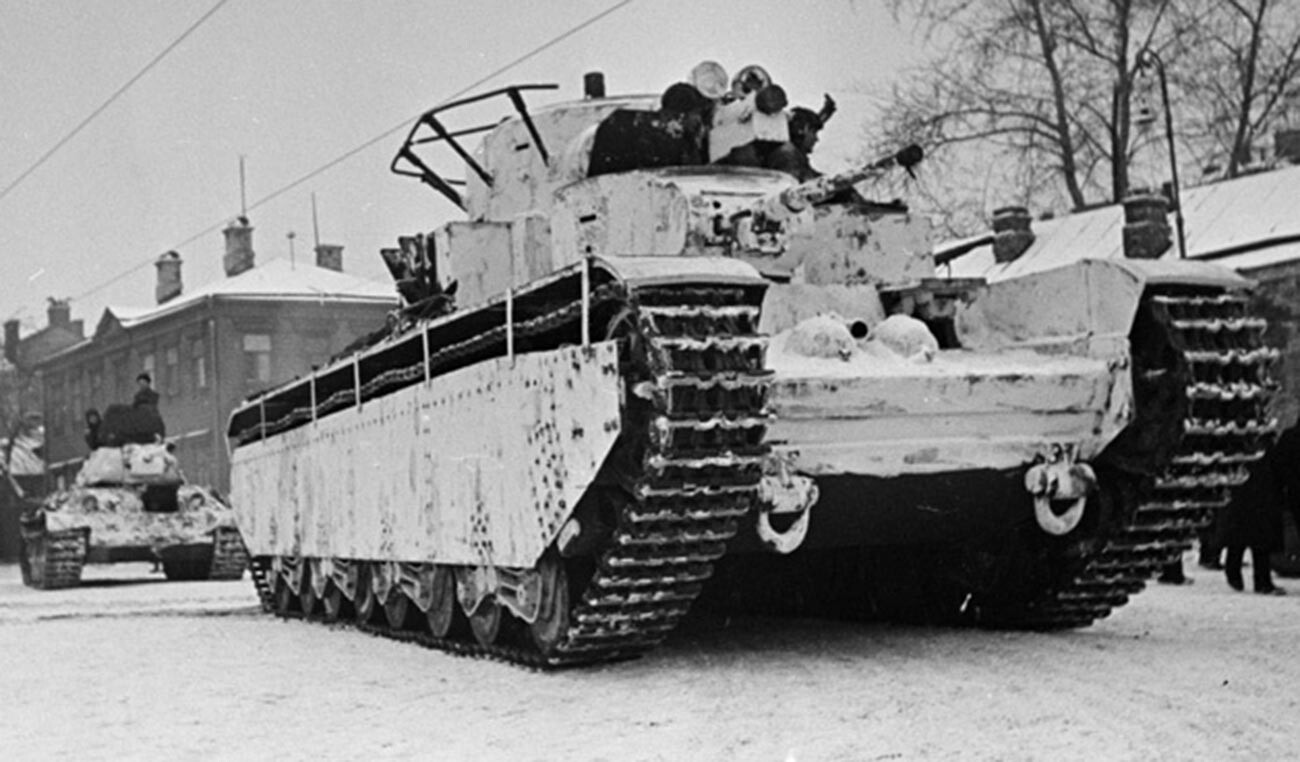 In his words, besides the mechanics, the very design of the T-35 was unstable, and the recoil from firing its large-caliber guns could easily damage the tank itself.

“And that was only in peacetime. When the war began and these tanks had to withstand German shells, and traverse trenches and obstacles, they just fell to pieces. So the battlefield was strewn with abandoned T-35s in the very first days of the war. Then the tank was taken out of production, because it was not viable,” added the expert. 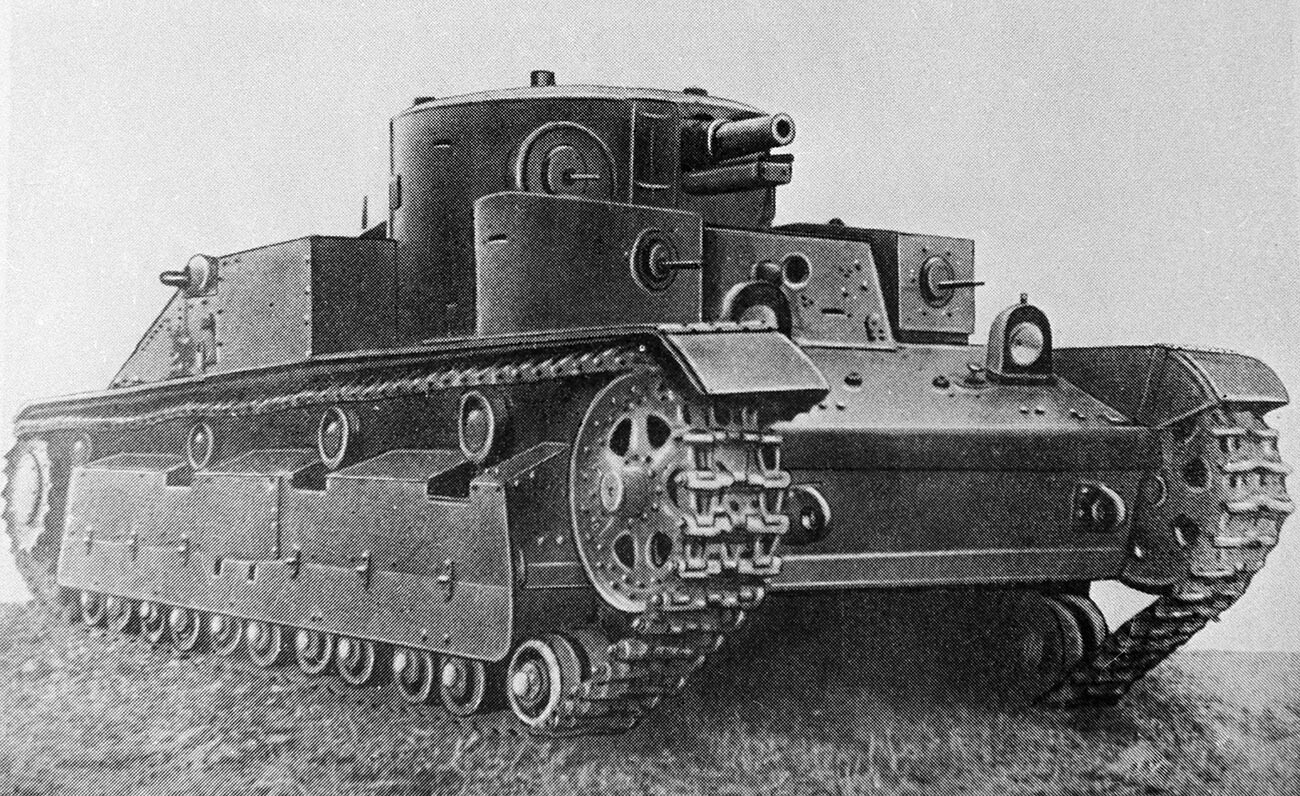 The Soviet Union did not pioneer the creation of multi-gunned superheavy tanks. The first practitioners were the French and the British. The Soviet Union was keen to acquire this foreign knowhow, and even sent engineers to England to get hold of the design specifications.

“In the 1920s, we procured some tankettes [light combat vehicles], which became the prototype of the T-27 tank. Our negotiators contrived it so that, under the contract, the British had to hand over the technology of the multi-turret Independent tank and other vehicles. The British themselves didn’t understand how they were so outsmarted. Apparently they simply failed to read the small print in the contract. As a result, the British tank became a prototype for the T-35,” explained Dmitry Litovkin, editor-in-chief of Independent Military Review. 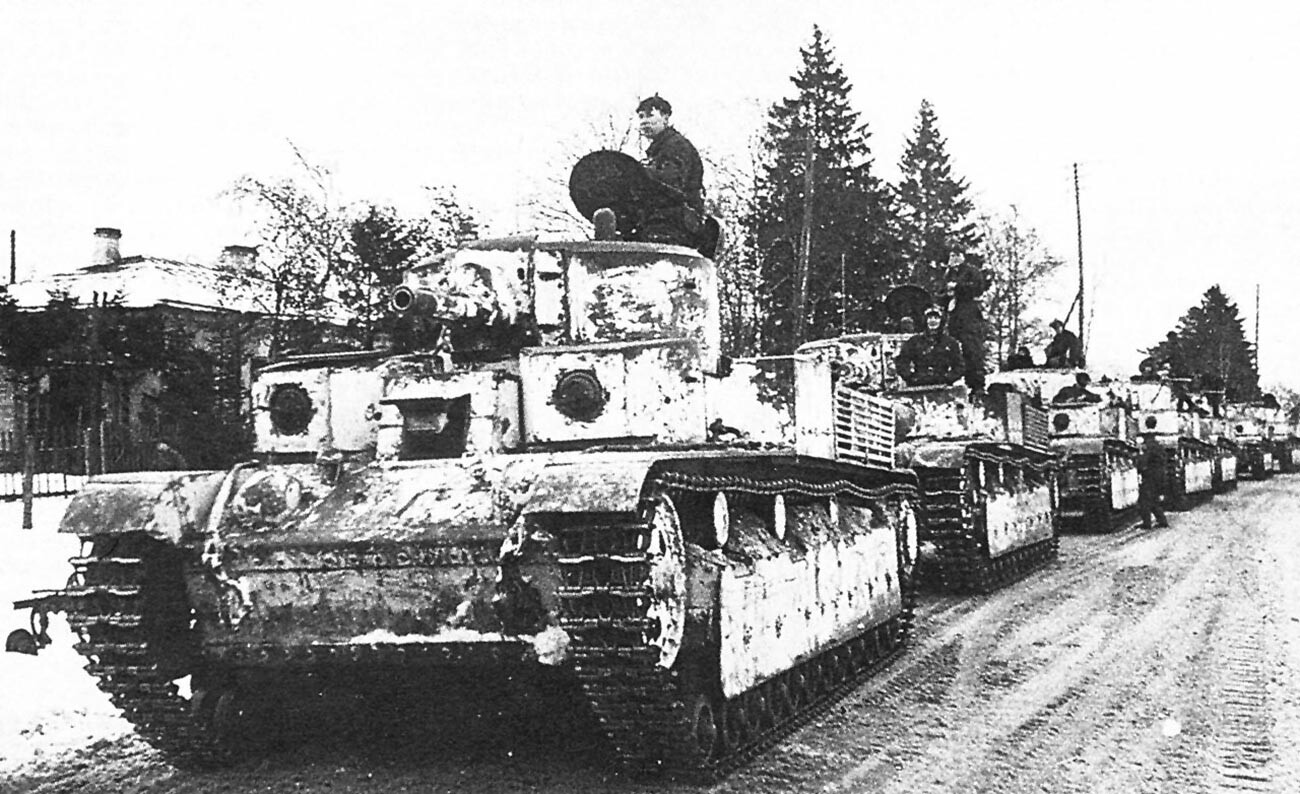 In the first 30 years of its existence, Russia’s tank corps experimented with all kinds of vehicle designs and created many unique models. See here to learn about tank evolution in Russia, and how the country progressed from playing catch-up to possessing the only fourth-generation tank in the world, the T-14 Armata.