The story of Russia’s largest plane in the world, that never took off (PICS) 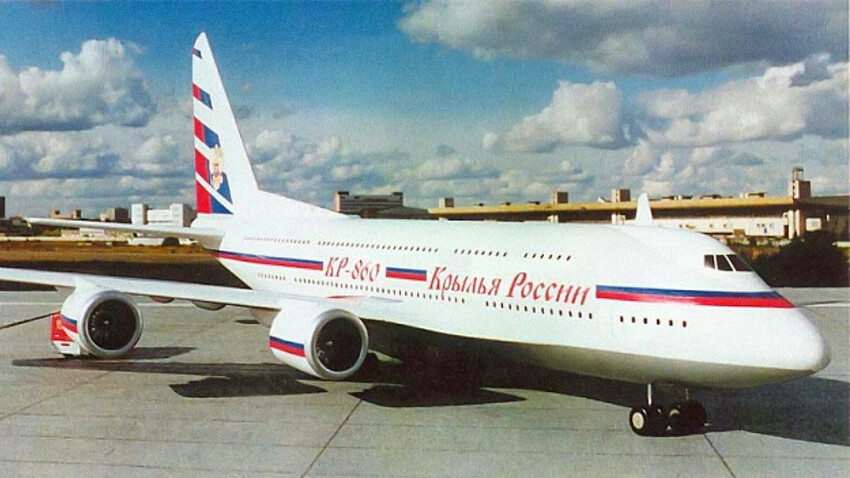 KR-860 Wings of Russia
It was supposed to transport up to 860 people at a time across the world, but fell into oblivion, due to the economic crisis of the 1990s.

In the 1990s, Russia could have had the largest passenger plane in the world - the KR-860 ‘Wings of Russia’.

It was the creation of the Sukhoi Design Bureau, which, at the time, was thinking of producing an economically successful plane for civilian air transport. According to their estimations, in the 21st century, passenger traffic would grow by 9-12% annually. Because of this, the market would need double-deck aircraft to carry large numbers of people at once.

“Bureaus all over the world were working on such a double-deck aircraft. Americans created the Boeing-747 series and Europeans developed the giant Airbus A380. In the late 1990s, Sukhoi followed the trends and did not want to miss the new niche of double-deck aircraft for passenger transportation,” says Alexei Vlasov, an expert in flight safety.

How the KR-860 ‘Wings of Russia’ was going to look

“In the 1990s, our aviation industry was going through hard times and companies needed a successful project that would take our aviation school to the next level. Double-deck planes were the main global trend at that time. We decided to follow it,” says the expert.

Engineers wanted to place up to 12 chairs in one row on the lower deck and nine on the upper deck. Each plane of this type was supposed to carry up to 860 people or up to 650 tons of weight in total.

The wingspan of this “bird” was truly gigantic - 88 meters. Due to this, the plane required additional space on the tarmac and in hangars, so the designers decided to make the wings foldable and reduce their wingspan up to 64 meters.

This 80 meter long plane had the capacity of flying with cruising speed of about 1,000 km/h and covering distances of up to 15,000 kilometers. Everything looked beautiful on paper, but, in the end, the company decided to abandon the project. Why?

Why KR-860 faded into oblivion 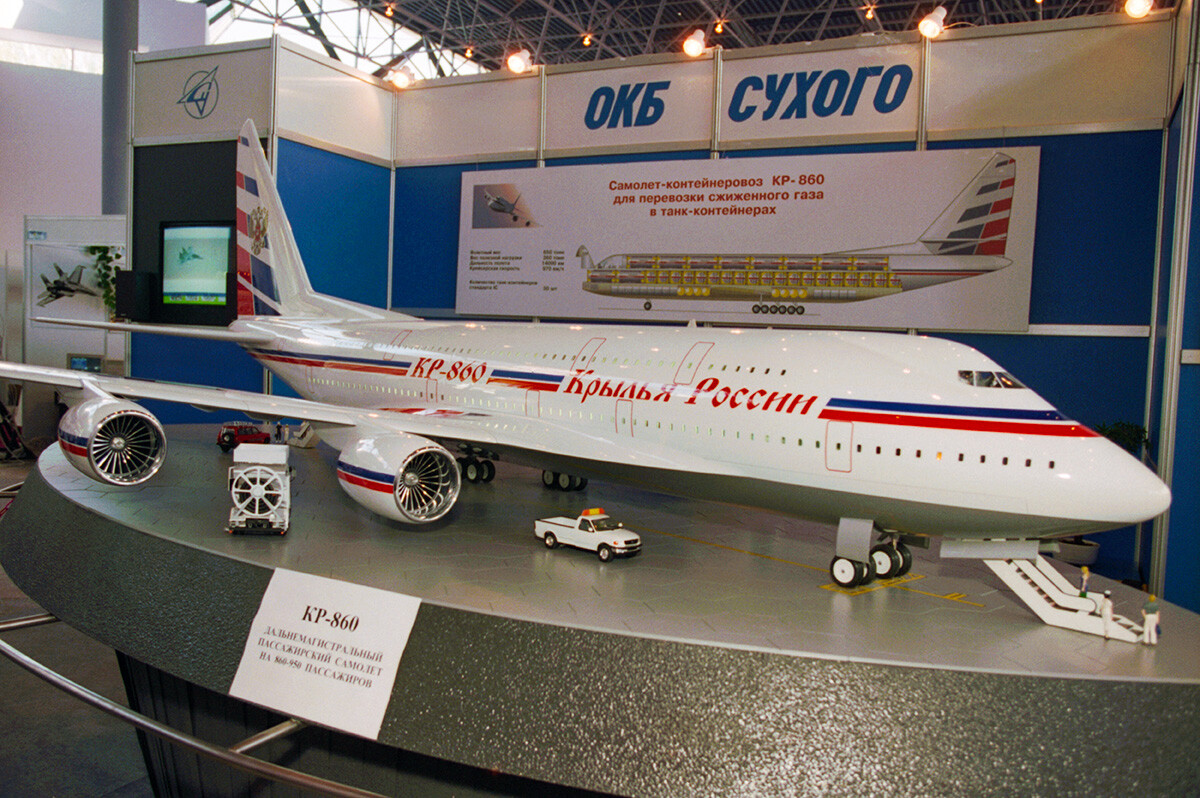 The reason for this is simple - the economic crisis.

“To create such an aircraft, a company has to establish a huge production chain: you need a separate production of engines, airframes, separate workshops and special equipment, which did not exist in Russia during those years. Such a project requires billions of dollars and Sukhoi couldn’t afford it back then,” notes Vlasov.

According to him, there was no way the company would agree to produce this aircraft, as they weren’t initially receiving subsidies from the government for full-scale developments. That is why they gave up the project of the largest civil airplane in the world.

Despite the fact that Sukhoi did not create its own version of a double-deck aircraft, foreign companies put several such models on the market. Among them, the Airbus A380 and the Boeing 747.

“Such planes were supposed to solve the problem of dramatically increased passenger traffic in the 1990s. But, in reality, they failed, because they were economically insufficient,” Vlasov adds.

According to him, the Airbus A380 and Boeing 747 are very expensive to maintain and take a long time to prepare for flights.

“It takes two and a half hours to prepare each one for takeoff. You need to let people off from the last flight, refuel the plane, check liquids, load new luggage and board new passengers. It all takes a lot of time. By comparison, similar procedures for a 200-passenger aircraft take 40 minutes. To put it simply, it turned out to be economically advantageous to produce smaller planes,” the expert claims.

The fate of double-deck planes

“Now, airlines are abandoning the analogues of the KR-860 (Airbus A380 and Boeing 747). The first Airbuses produced 20 years ago have already been cut to metal scrap in Europe. The Boeing 747s are now being remade into transport aircrafts for the military,” Vlasov says.

As he believes, Russia didn’t miss anything and probably even benefited from the refusal to produce the double-deck KR-860. No money was spent and the technological know-how remained.

“We didn’t spend money and produced technical documentation for new era aircraft engines that were later used in the creation of Sukhoi military aircraft and civilian SSJ-100,” concludes the expert.