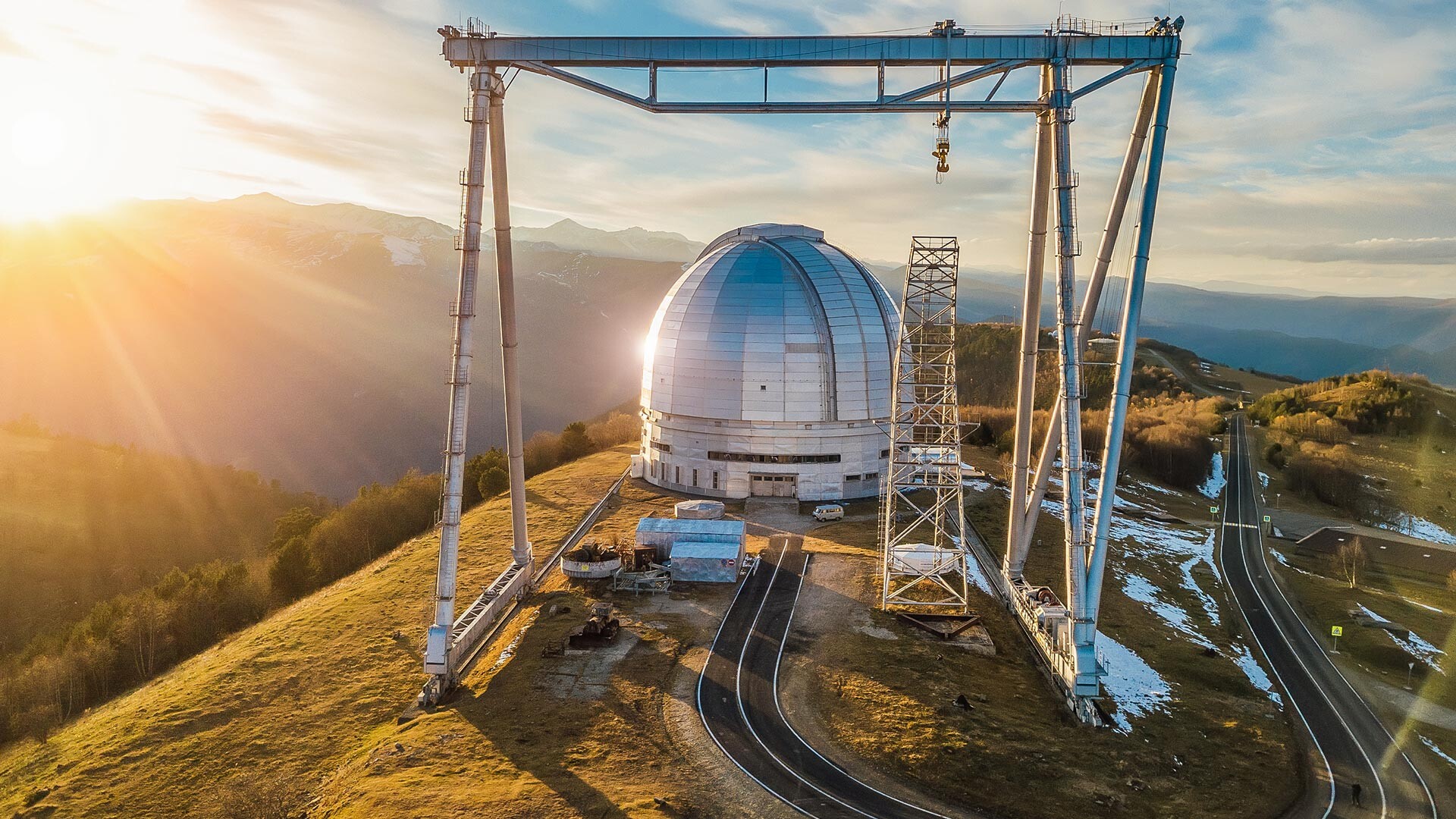 Legion Media
There are more than 40 astronomical observatories in Russia, where scientists gaze at the stars. Some of them are even open to the public via a tour. 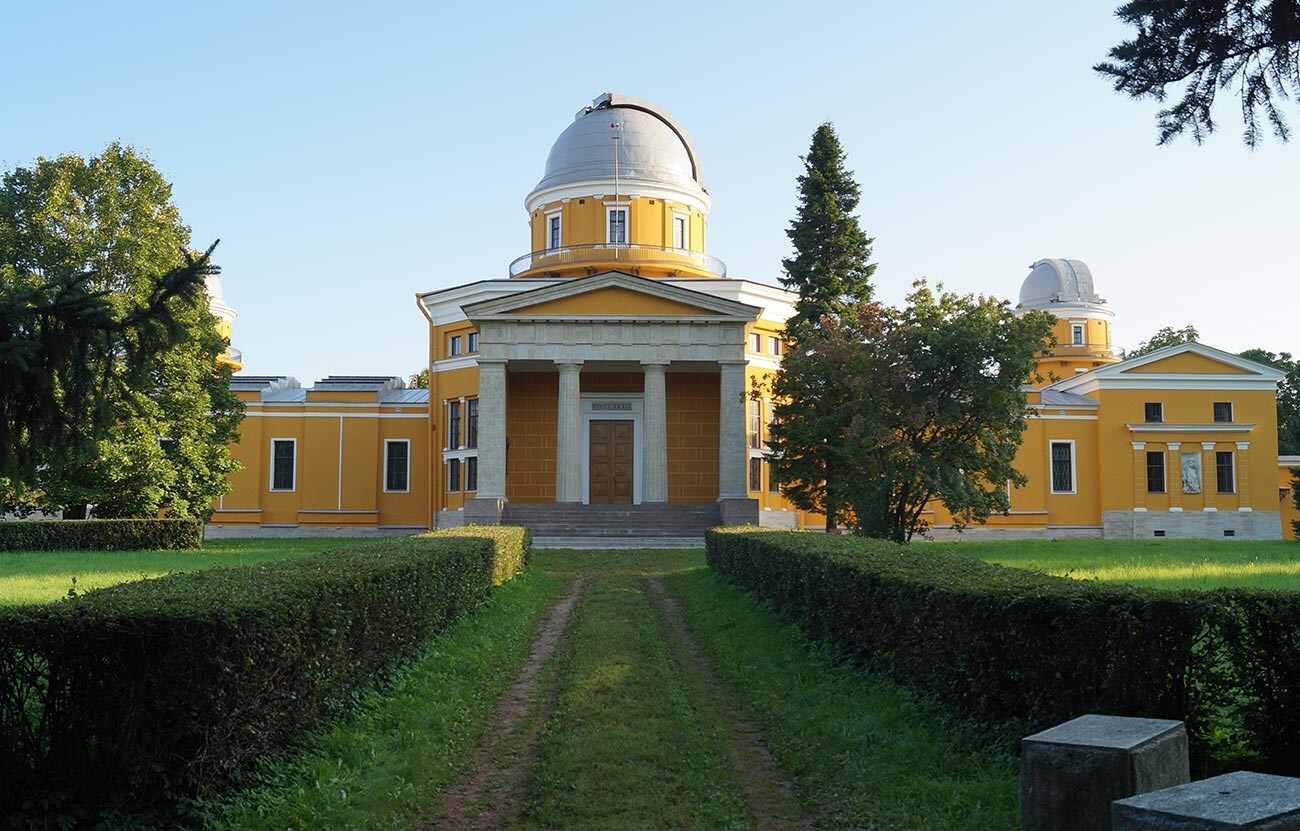 This is considered the country’s main observatory, which has been in operation since 1839 and belongs to the Russian Academy of Sciences. It’s located about 19 km south of St. Petersburg on the Pulkovo Heights - about 75 meters above sea level. At the time it was built, it was not the first in Russia, but it had advanced tools for observing celestial bodies. This was necessary for the development of navigation, first of all, as well as for determining the time.

Before the 1917 Revolution, the meridian that passed through the center of the main building was used as a reference point for geographic longitude (previously, different countries each used their own prime meridian and there was confusion on maps, until they agreed to consider the Greenwich meridian as a prime) and this system of reference can still be found on old maps.

Today, the large Pulkovo radio telescope, the prototype of the world’s largest telescope in Nizhny Arkhyz, is installed there. It also houses one of the largest solar telescopes in the world - the ACU-5.

Besides the scientific center near St. Petersburg, the observatory also operates a mountain astronomical station near Kislovodsk (Stavropol Territory). Also, one telescope of the Pulkovo Observatory is installed at the Italian observation station Campo Imperatore, 100 km from Rome, and another at the Svetloye Observatory in Leningrad Region.

For astronomy enthusiasts, the observatory staff conducts thematic tours, which include explaining how to work with different types of telescopes. 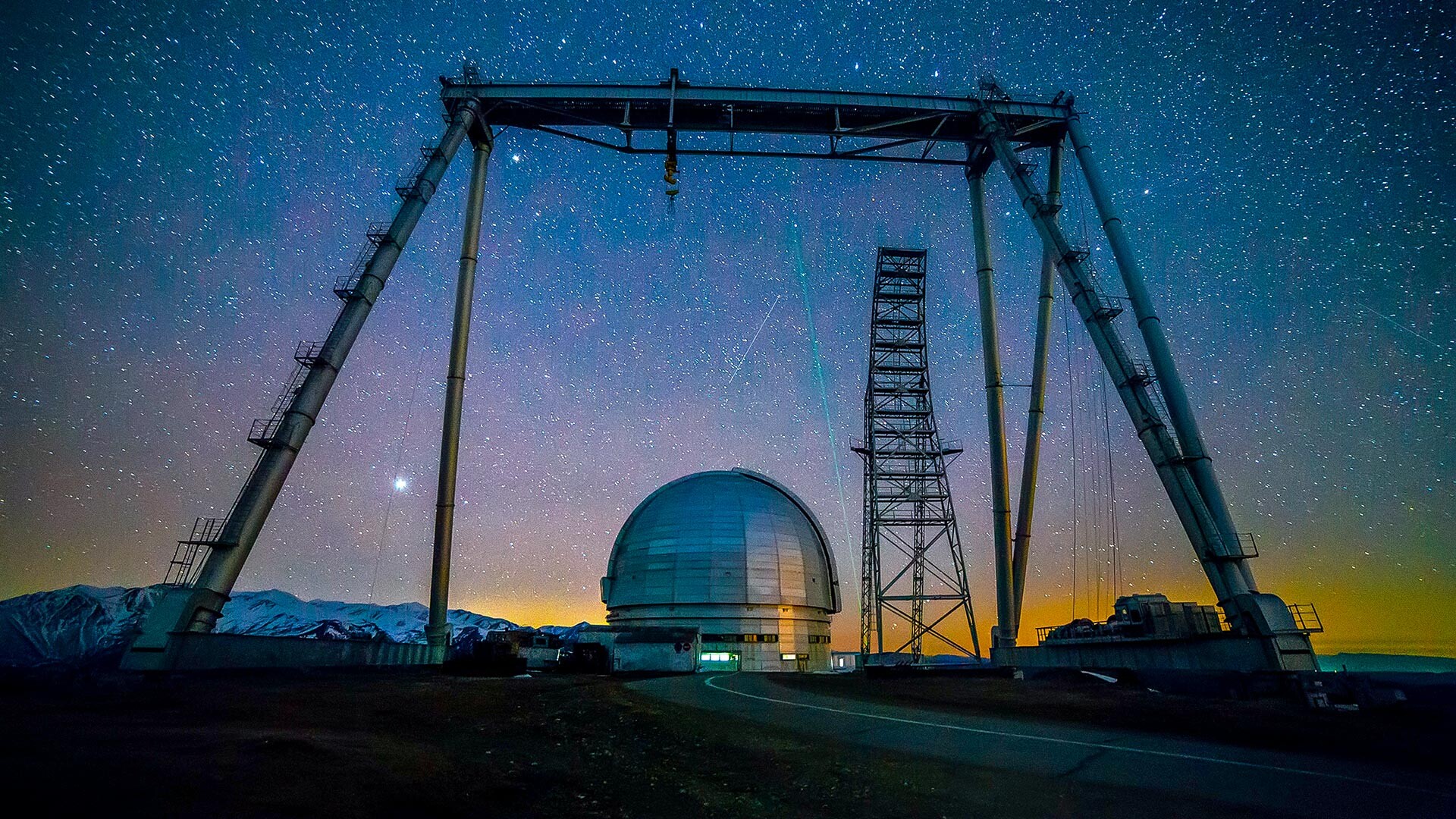 Not far from the village of Nizhny Arkhyz, high in the mountains, sits Russia’s largest observatory, founded in 1966. There, you can find the giant RATAN-600 telescope with a mirror diameter of about 600 meters and weighing 650 tons. There’s no other in the world!

The place for the observatory is ideal: in the Caucasus, the sky area is considered the darkest and clearest and the stars can be seen perfectly.

Inside the Arkhyz observatory, there are interesting preserved Soviet mosaics with stars, cosmonauts and “tailed” comets. Of course, it’s also worth visiting for the incredibly charming views of Arkhyz Valley. 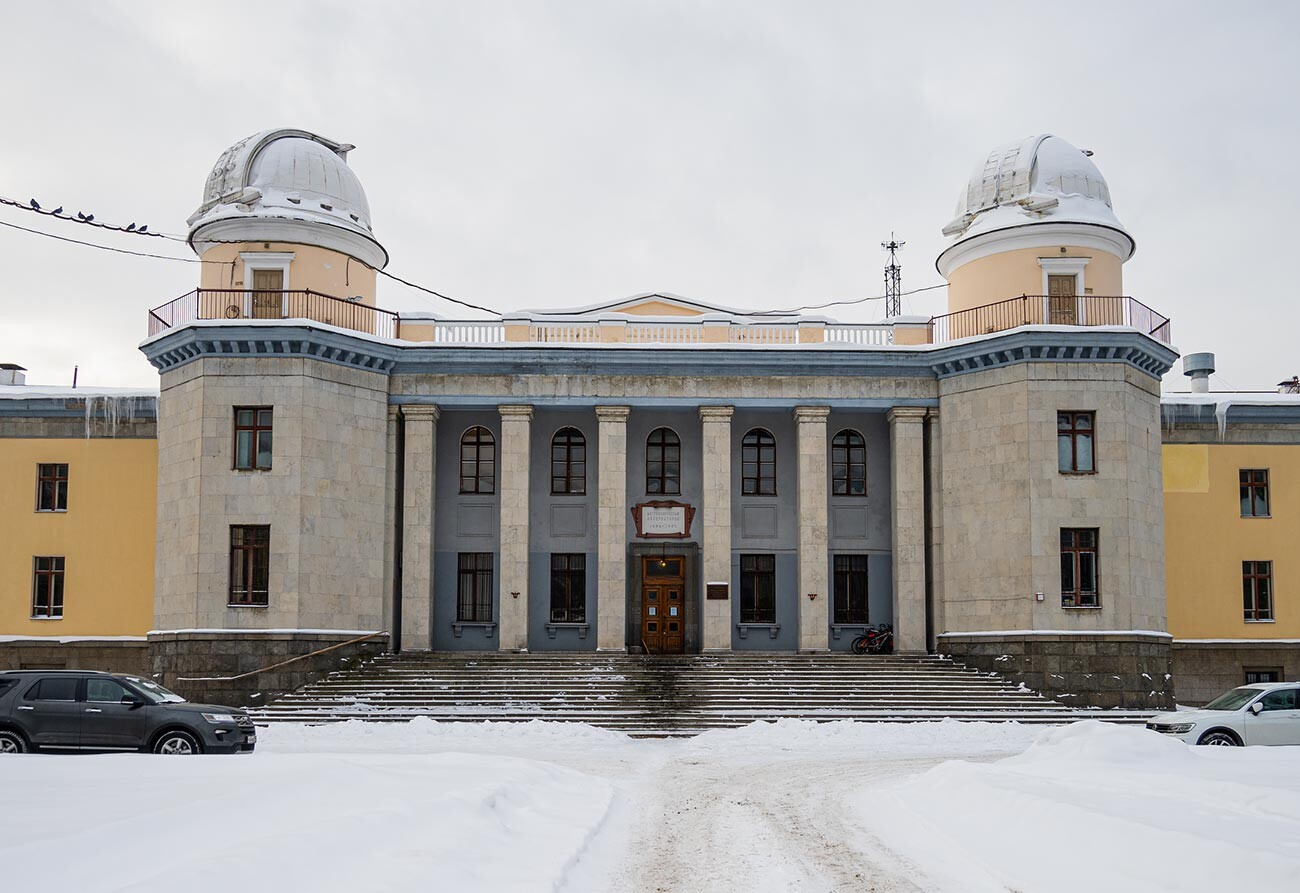 One of the oldest astronomical observatories in Russia is located in Moscow's Krasnopresnensky District (Novovagankovsky Lane, 5), which was built back in 1830. Previously, this place was on the outskirts and there was no powerful light grid in the city, so the evening lights did not interfere with the study of clusters of galaxies and star nebulae. In 1920, an Astronomical Institute was established there, which later became part of Moscow State University. Krasnopresnenskaya Observatory remained a museum for a long time (now it’s closed), while students and researchers now study at the MSU observatory at Vorobyovy Gory (Sparrow Hills).

Now, it holds lectures, master classes and tours for all visitors. The observatory also has preserved many pieces of vintage equipment from different times, which are on display.

A radio astronomical observatory is located near the town of Pushchino (about 80 km south of Moscow). It was opened in 1956 and some equipment there has been perfectly preserved since that time, including RT-22 radio telescopes with 22-meter mirrors.

Astronomers discovered the super-corona of the Sun and found its radial structure at this observatory.

Several times a year, the observatory holds an Open Doors Day and astronomical festivals with guided tours of the science center. 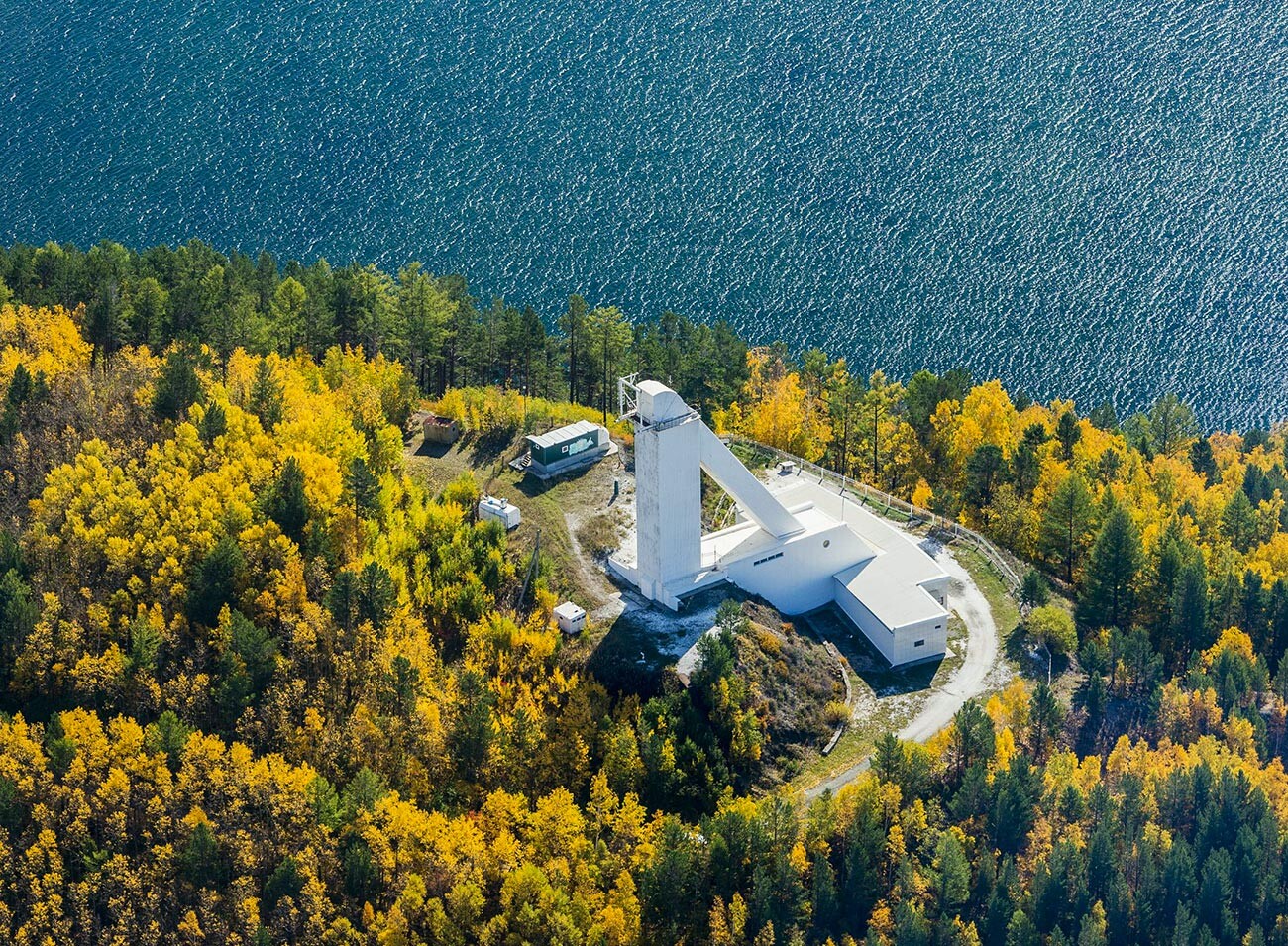 A solar telescope on the shores of Lake Baikal is among the top ten largest in the world. The Baikal Astrophysical Observatory was founded in 1980 on the outskirts of the village of Listvyanka (about 70 km from Irkutsk) to observe solar activity. Due to a special microclimate in this region, solar flares and sunspots are clearly visible, so scientists can predict solar activity.

Astronomy enthusiasts can also look through a telescope and see protuberances for themselves. Tours take place all year round, both day and night.