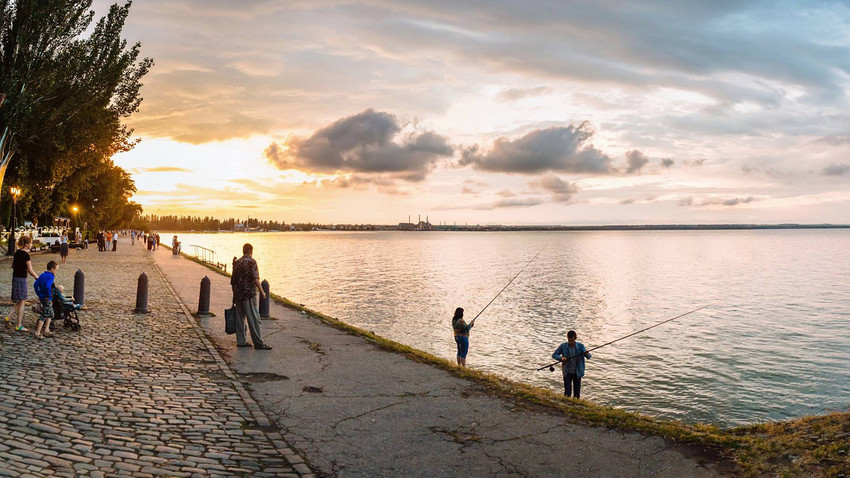 Taganrog has a rich history, and there are a lot of things worth seeing there.

Igor Kochanov
Wade in the shallowest sea in the world, sample fantastic local fish and people watch on the beach.

In 1698, Peter the Great, one of Russia’s most important , founded the seaside city of Taganrog (1,100 km south of Moscow). He was determined to turn Russia into a naval power, and this fit into that plan. The city was founded five years before construction began in St. Petersburg, a fact that locals bring up with pride, adding that it was here, on the site of an ancient Greek settlement, that the tsar sought to construct a seaside capital. The two cities have a number of things in common, and even Taganrog’s original urban layout resembles that of St. Petersburg. You can learn more about this in Russia’s only urban planning museum, which is located in Taganrog in a sumptuous Art Nouveau mansion built by legendary architect Fyodor Shekhtel. Since the 19th century, a stunning monument to Peter the Great—a replica of which is in Arkhangelsk and featured on the 500 ruble bill—has stood on an observation platform on the edge of town. The site has an incredible view of the sea and port.

Taganrog has a rich history, and there are a lot of things worth seeing there. Russia Beyond has compiled a small guide of what to do in this quaint little town in southern Russia. 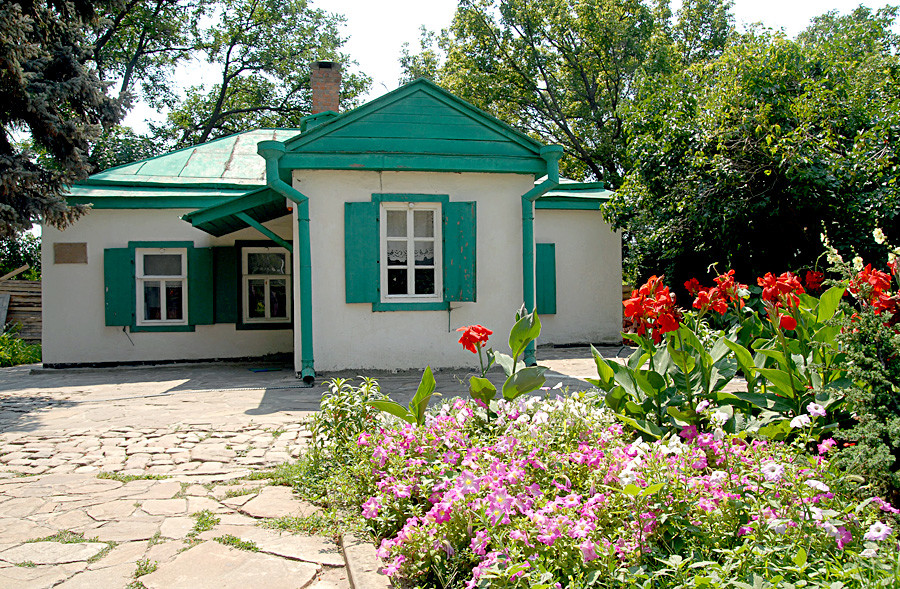 Anton Chekhov, of celebrated plays such as The Seagull, The Three Sisters, Uncle Vanya and The Cherry Orchard, is one of the first associations people have with Taganrog. Chekhov, who is often regarded as second only to Lev Tolstoy in terms of international stature, was born in Taganrog in 1860. It is here that Chekhov studied in a local school and gathered inspiration for his satirical stories. Later in life, he would frequently return to the city. Indeed, the whole historical part of the city practically breathes Chekhov.

It is here that you can see the tiny white house with a green roof where he lived with his parents. The school still has Antosha’s (as his parents called him) desk, and his relatives’ food stand (a veritable treasure trove of household item) where he hung out with his brothers after school is still here. All of these sites have all been transformed into museums. Guides can also take you on an the places where the protagonists from stories such as , The Man in the Case and others lived. 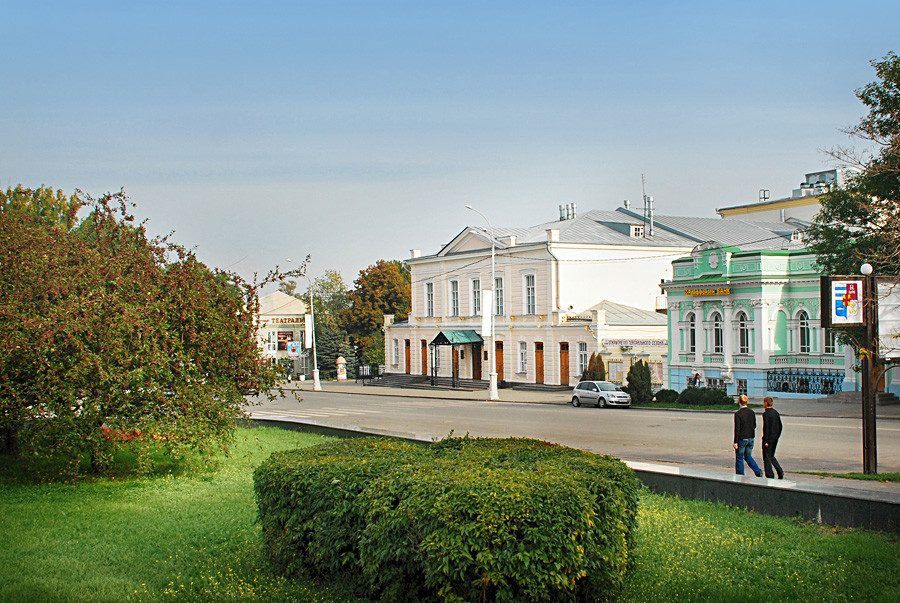 You can visit other related places as well, such as the old drama theater, located on the city’s main street, Petrovskaya, that staged the author’s plays during his lifetime. You can also visit the nearby library (another one of Shekhtel’s masterpieces) of which Chekhov was a trustee.

Learn all about provincial mansions 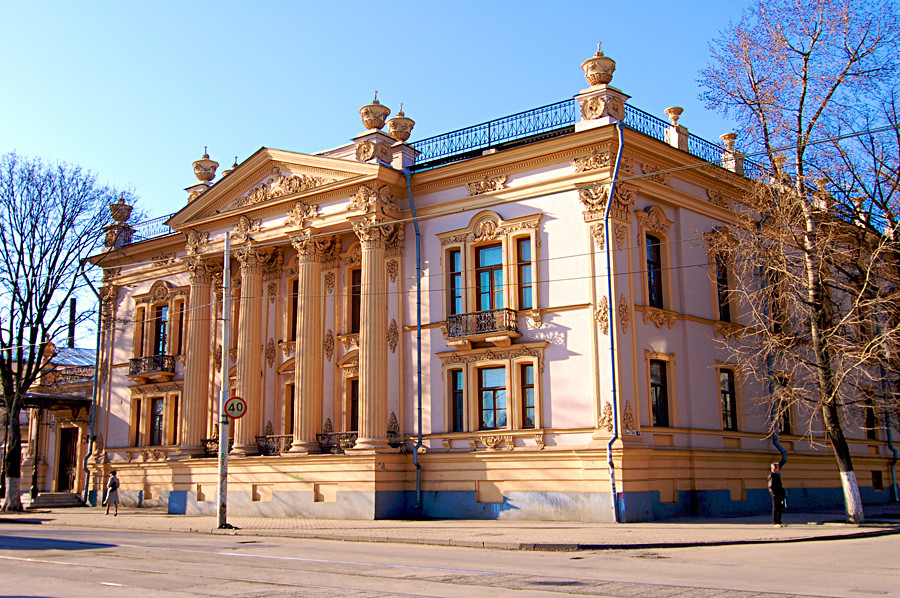 Active urban construction in the city center, including buildings that are well preserved to this day, began in the 19th century. Nowadays, the buildings show off the eclectic tastes of Russian landowners, who commissioned architects to build townhouses in the style of Palladianism, Baroque, and Art Nouveau. Besides the urban planning museum, which belonged to entrepreneur Sharonov, the main architectural jewel from the 19th century is the Alferaki Palace, a neo-Baroque edifice built by the architect--and current mayor—Nikolai Alferaki. Everything about the building is symbolic of the life of provincial nobility, from the Corinthian columns on the façade to a ballroom with gilded moldings and frescos, marble staircases. At present, the building houses the local history museum, which has an extensive collection of 17th to arts and crafts.

Another unique masterpiece is Khandrin’s mansion, which now houses the Taganrog Museum of Art. This neo-classical building with Renaissance and Baroque elements has an indoor garden from which you can see the inner façade, which was constructed in the typical Russian style. The museum contains a small yet important collection of Russian paintings, including works by Ilya Repin, Ivan Aivazovsky, Konstantin Korovin and Valentin Serov.

Buy fish at the local market 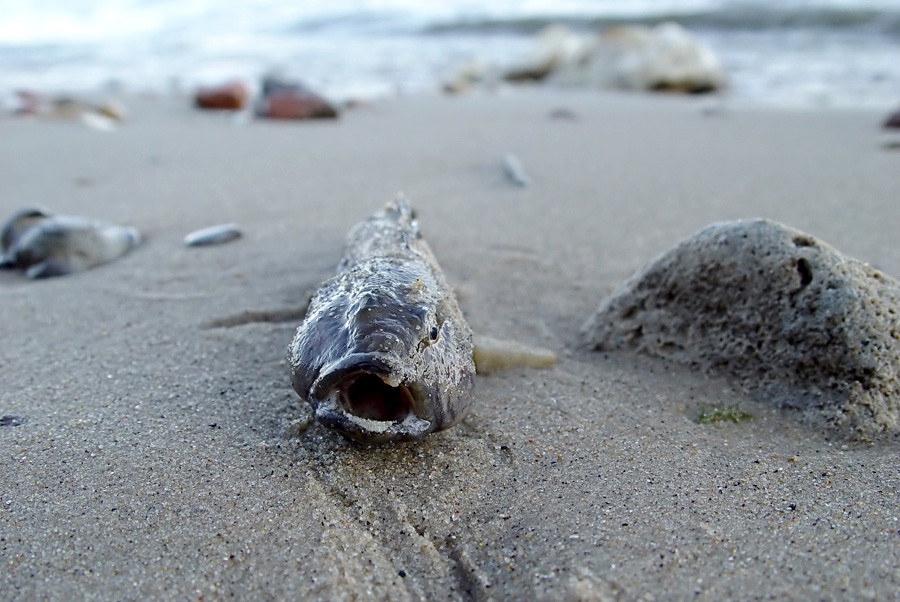 You’ll hear all about the region’s gastronomical traditions at the local history museum. But in order to get a true sense of the city’s fishing life you should go to the Central Market. Fishermen here still practice their trade independently. Besides buying fresh fruits and vegetables, which today could probably be called “natural” products and are brought in from surrounding villages, make sure to check out the fish stands. Sure, you won’t find a Mediterranean cornucopia of seafood, but the gobies must be tried. Everyone in Taganrog knows how to prepare this anchovy-like delicacy—just disembowel the fish, roll it in flour and fry it in sunflower oil. The fishermen also dry and salt perch, roach and bream, and the resulting product in high demand even outside the city.

Take a swim in the world’s shallowest sea 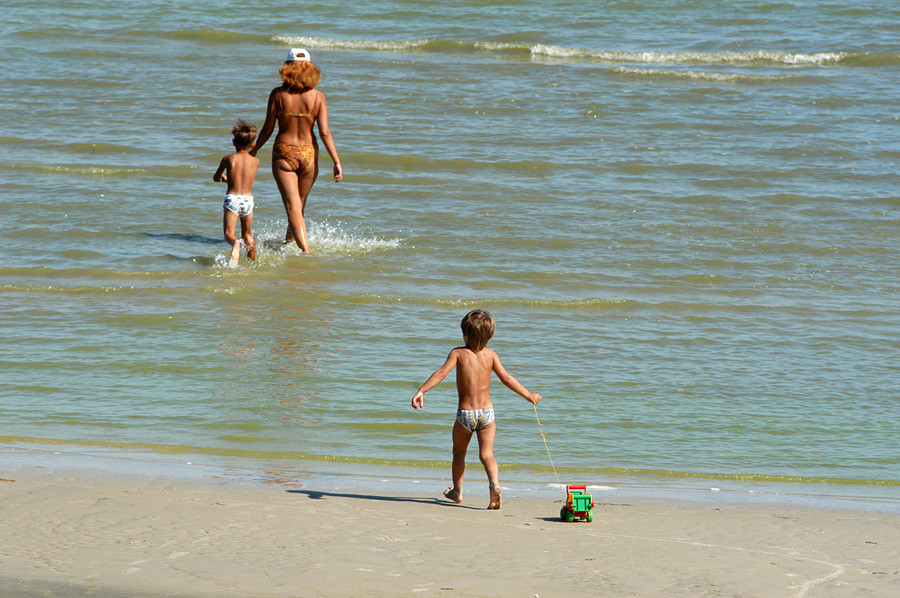 If you come to Taganrog in the summer or even in the fall, one of on your itinerary is swimming in the Azov Sea, the shallowest sea on the planet. It is, at the most, 13.5 meters deep and a mere 5 meters deep in the Taganrog Bay.

The city is surrounded by water and has some very nice beaches. The main beach is Solnechnyi Beach, which can be reached by walking down an old stone staircase. Past the nearby precipice you can see the Tchaikovsky House, which is where the famous composer’s brother lived. Peter Ilyich himself was a frequent guest as well. 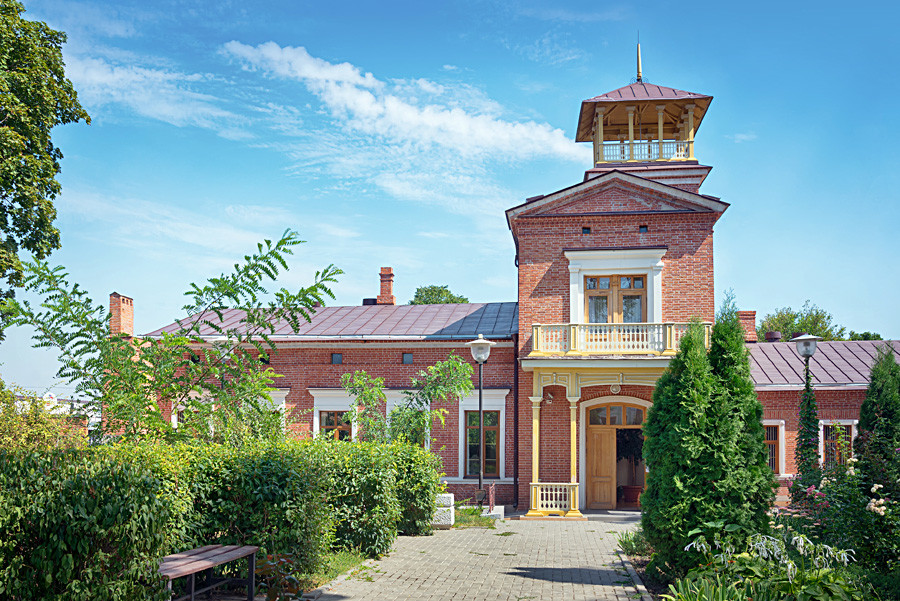 Even if it’s not swimming season, you can take a pleasant stroll along the waterfront and grab a bite to eat at Café , which offers a spectacular panoramic view of the sea.