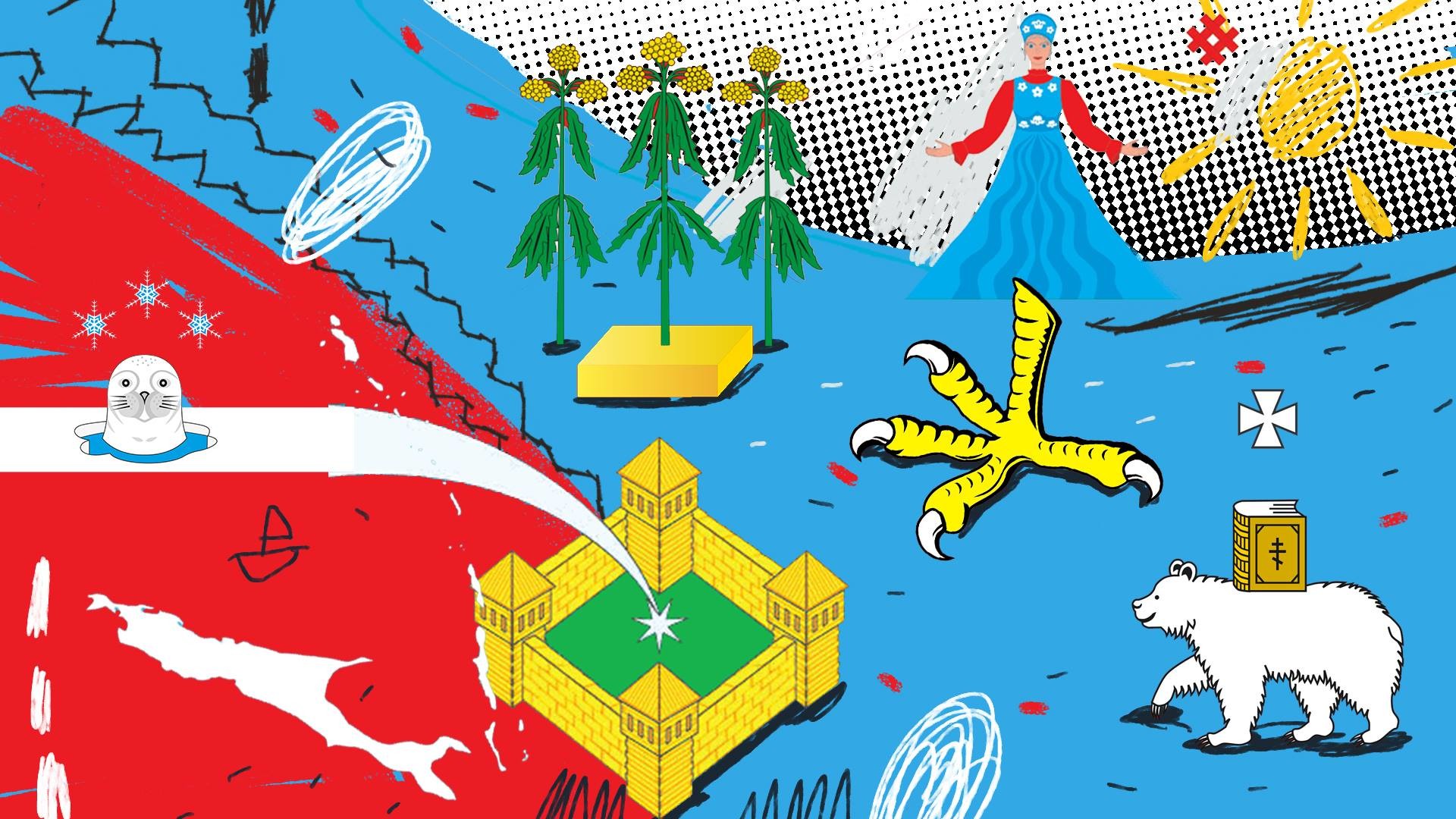 Varvara Grankova
From a Christian bear to flowering Mary Jane, our selection shows that Russians can be as crazy in heraldry as in everything else. 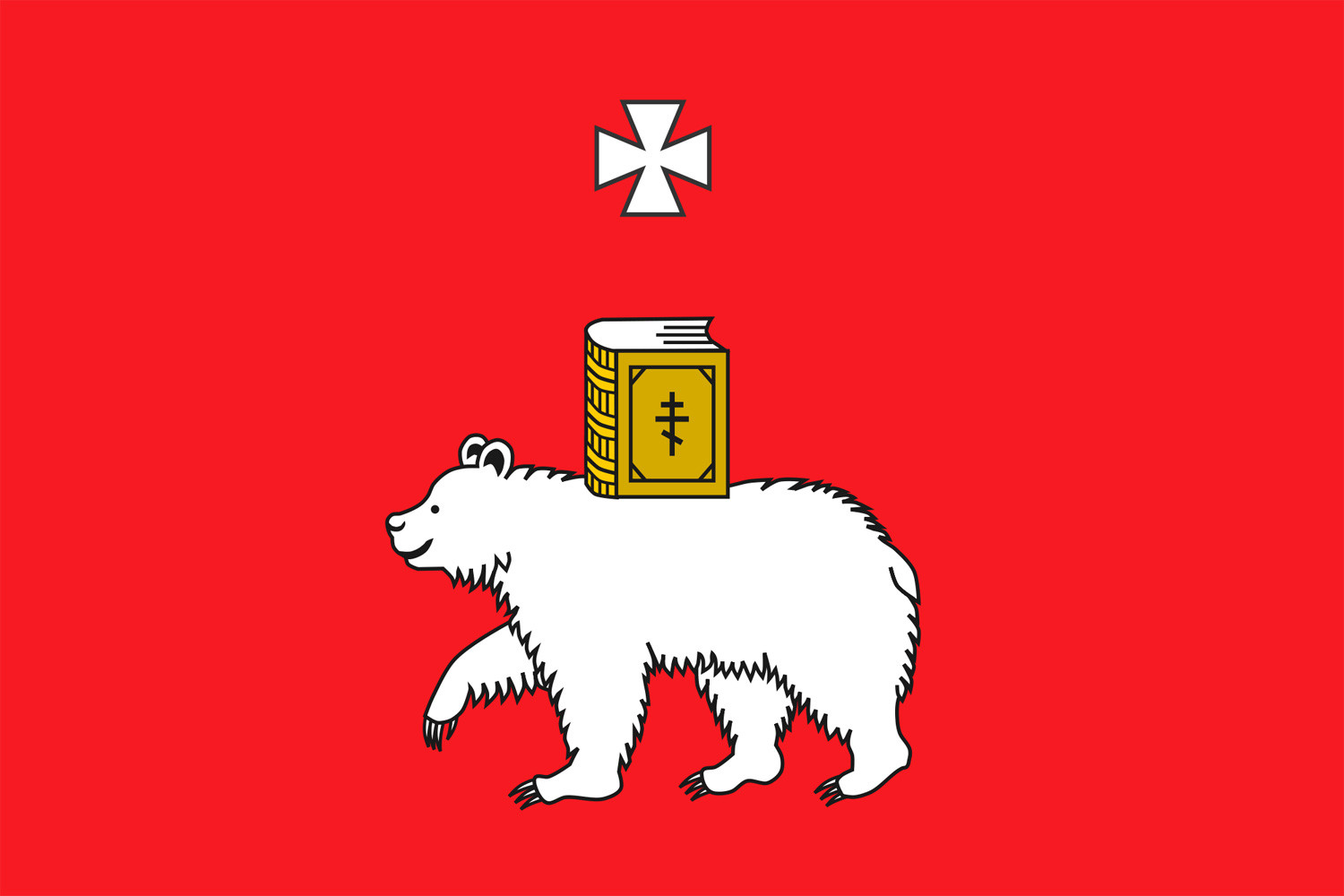 Russian people long been known for their religious beliefs. However, the same can’t be said for the country’s bears, but this flag brings the two together. It features a smiling beast happily carrying the Gospel on its furry back.

This was not the intention, according to Perm officials. The two symbols - the bear and religion - were meant to separate, with the silver animal embodying the region’s natural riches (vast deposits of metal, forests, wildlife), and the Gospel symbolizing “the Christian Enlightenment that came to shine on the local people,” ushering in an era of cultural development.

Evidently, the author thought it was best to put one on top of the other, so yes, in Perm, bears don’t just roam the streets...they also go to church on Sunday.

2. Iconic flag of the Penza 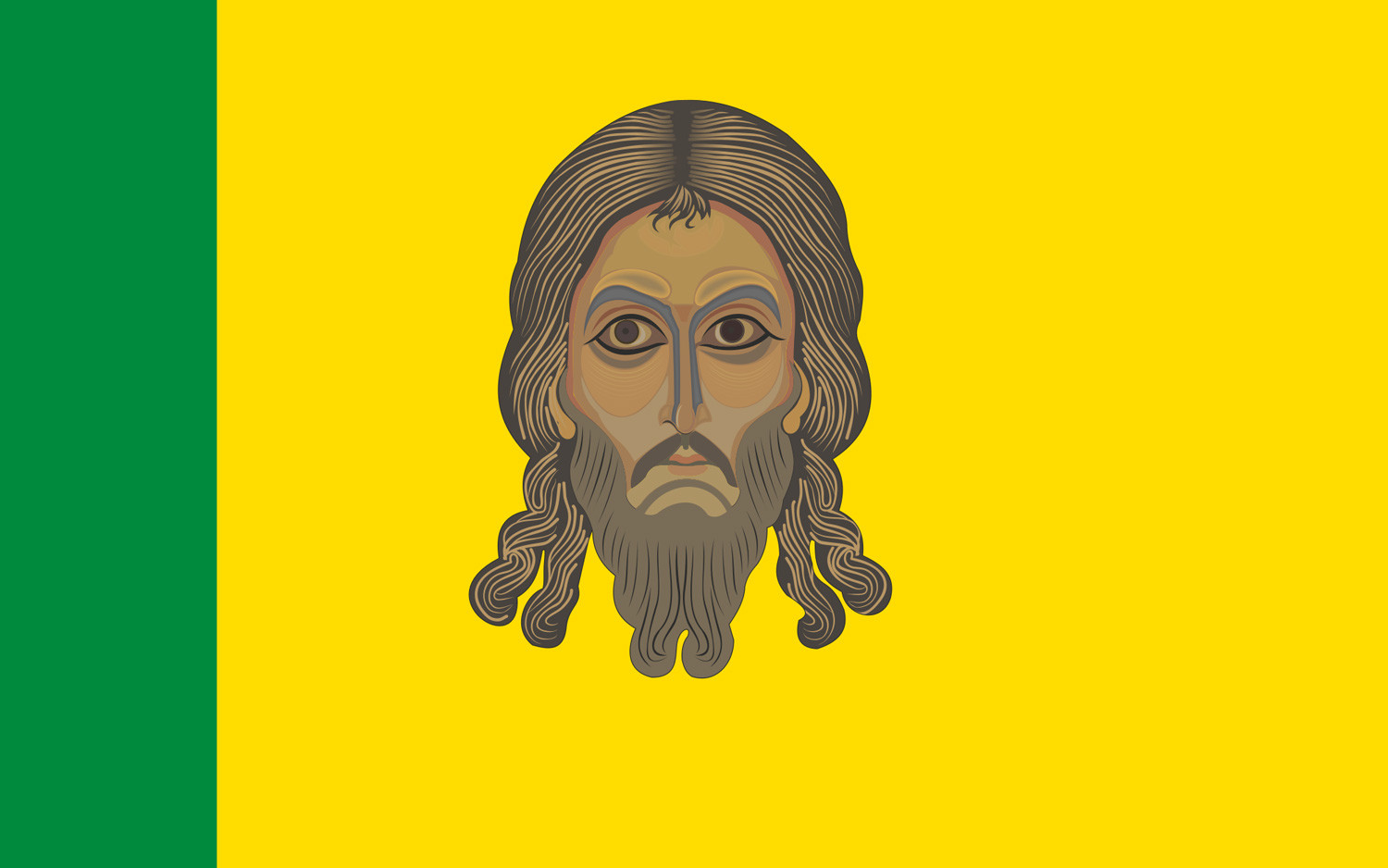 a country populated by religious people - and bears, as we established - it can be hard to stand out, especially if you’re dead set on having some sort of religious flag. What do you do when every conceivable combination of crosses, churches, and saints has already been utilized? Simple, you whack the face of Jesus Christ himself on your flag - this is what the good people of the Penza Region did. 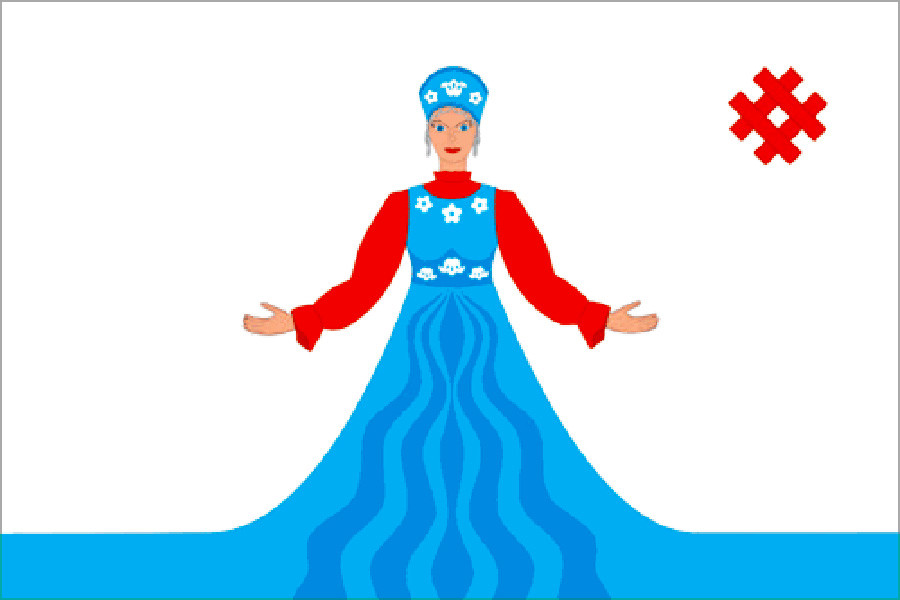 This flag is even more inspiring than Jesus’ handsome face. It features a beautiful woman who symbolizes a local river in the Verkh-Invenskoe rural settlement, Perm Krai. Can you imagine anything more joyful and welcoming than this young lady in a traditional dress opening her arms as if to hug you? The picture also symbolizes the local river Inva that translates from the indigenous language as “woman-river” - hence the ripples. The artist was probably really bored of all the old heraldry and biblical references, he also might be ten years old, given the flag’s simplicity...maybe he just drew his mum.

4. Malevich style endorsed by Catherine the 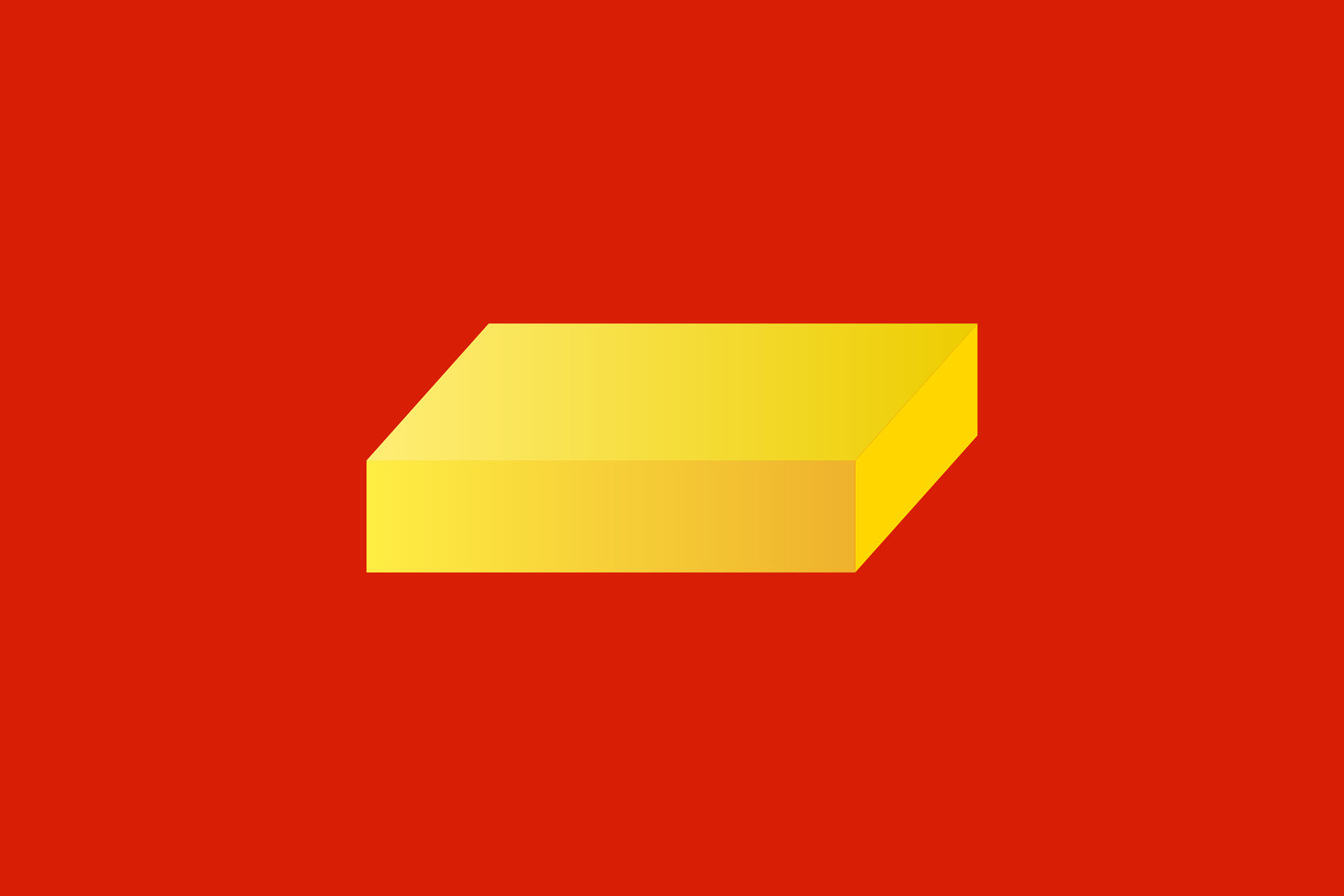 of Russian heraldry can be pretty flamboyant but what happens when you strip it down to the bare essentials? Well, the small town of Shuya has done just that - it’s flag is simplistic say the least (absurd minimalism?) Is butter made there? Perhaps there’s a gold mine? How about a yellow brick factory?

In fact, the flag features a soap bar as the town in the Ivanovo Region was once a major center of soap production during the 16hh and 17th centuries. Shuya made Catherine the Great’s number one cosmetic brand. The empress took such a liking to the soft rejuvenating product that she personally endorsed the soap bar as part of the town’s coat of arms that later inspired the banner’s designers.

5. Eggs on the Olympic podium 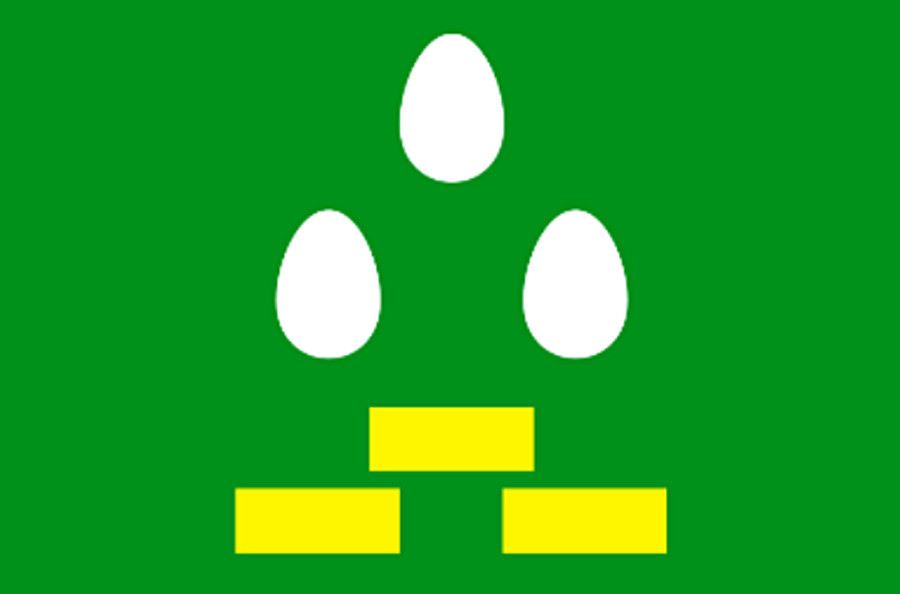 The administration of the Khokholenskoe rural settlement

Neither the nor the artists of Russia’s 20th century Suprematism movement could fathom just how much minimalism would inspire the country's heraldry. Where there is one yellow prism, there should be more, decided residents of Kholokholenskoye in the Tver Region. They opted for three yellow bricks on their flag - this time to immortalize the village's recently founded ceramic factory. Also, some eggs were added as the village relied on its chicken farm for centuries. And voila,  another chef of modernist heraldry worthy of being hung next to the works of Malevich. 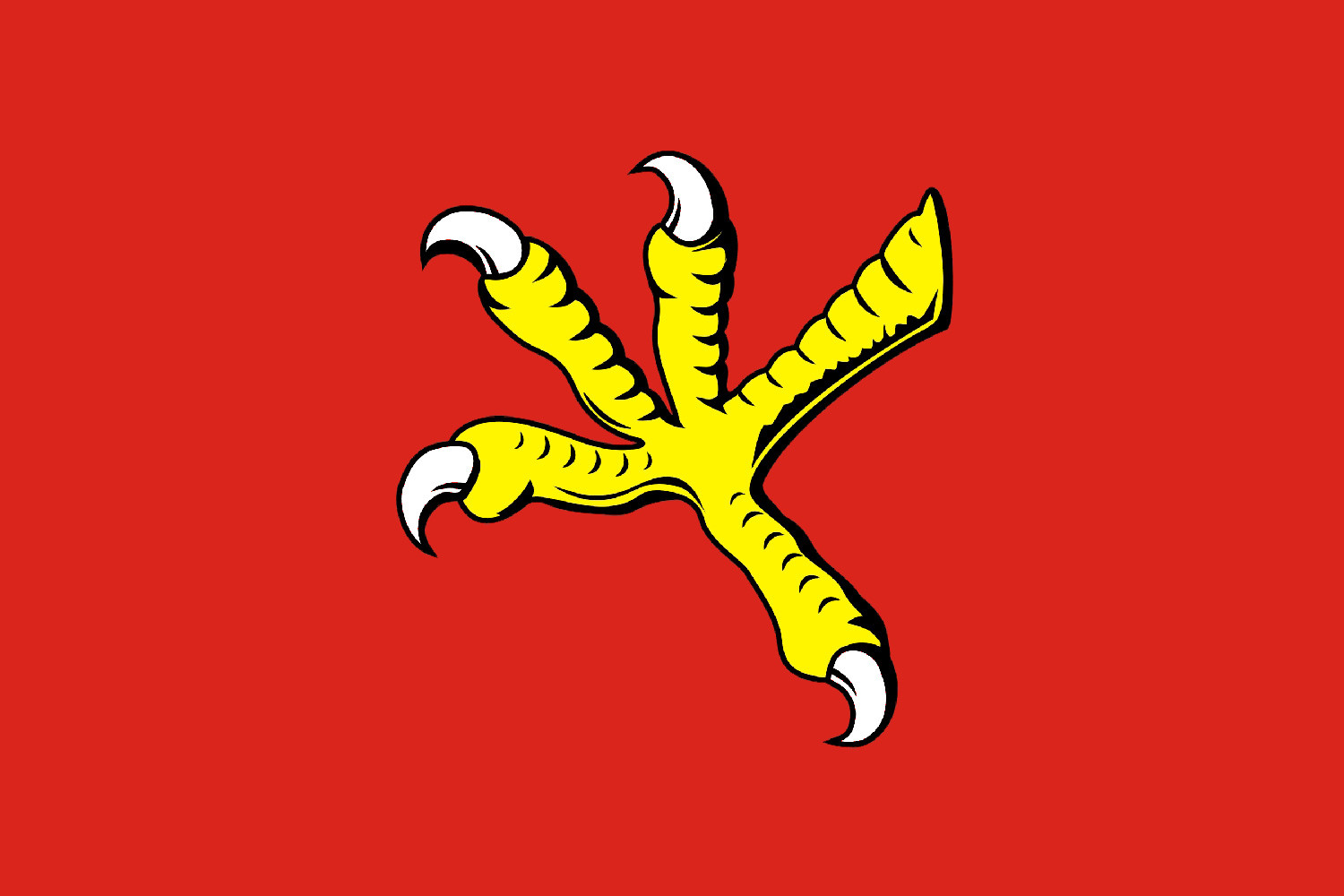 "No, please giant bird, don't take me away, I will never eat chicken again," reportedly screamed the author of this flag right before being grabbed by the monster this leg belongs to. "The are coming!" he shouted, according to witnesses. Finally, slightly more credible sources say this flag of Domnovskoye - a small village in the Kaliningrad Region that was German territory until 1945 - bears a connection to East Prussian pagan beliefs. It either refers to Kurko, the deity of harvest and food that was most often portrayed as a rooster; or it is literally an eagle's leg - the one that, according to ancient German myths, dead people's souls used to climb all the way to heaven. Anyway, while the flag’s real message is shrouded in mystery, its awesomeness is beyond any doubt. 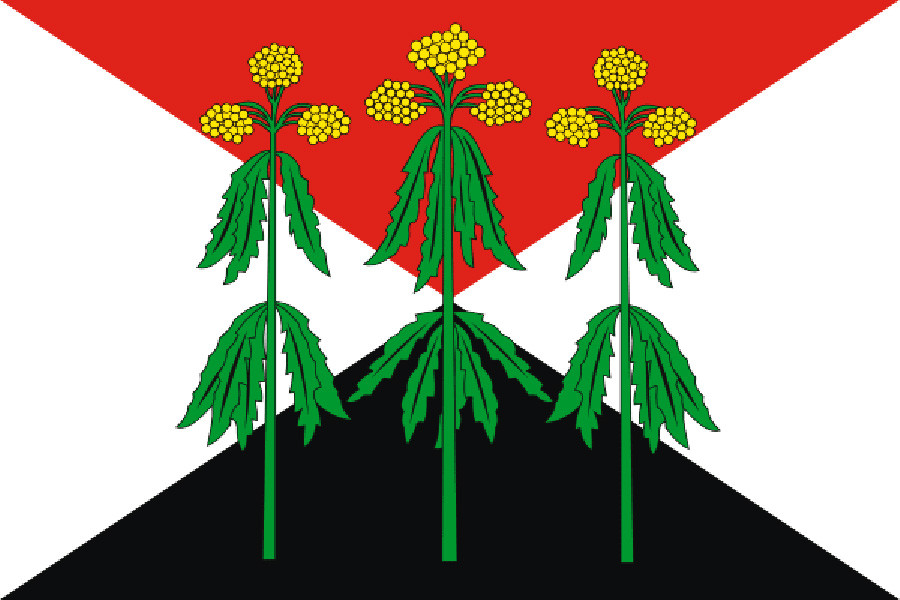 , once again, what did Peter the Great bring from his famous trip to the Netherlands? Was it something that inspired this flowering cannabis flag? Well, as far as this banner is concerned, weed had nothing to do with Holland - it had been grown in the Kimovsky district long to produce oil. However, the funny thing isn't what is painted on the flag, but rather what's lacking: is broadly recognized as the area where the famous Battle of Kulikovo took place - Russia’s first step towards independence from the Mongols. Yet, no indicator of that major event in Russian history - just good old Mary Jane. 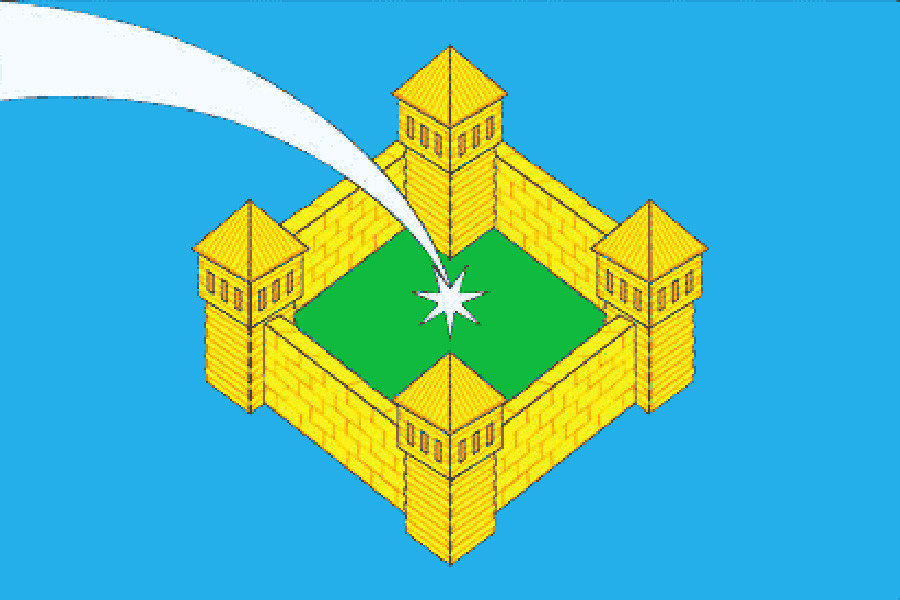 The Union of Heraldists of Russia

What’s going on this flag of the district? It looks like it is saying: "Once upon a time we had a beautiful fortress, then missiles were invented and it turned out completely useless. But boy, before that, we rocked!"

In fact, the area was indeed one of the key strongholds on Russia's southern line of defense against Crimean Tatars from the 15th to 18th centuries - and that's what the banner refers to. However, what appears on the flag to be a falling projectile is actually a shooting star added to honor a prominent Russian physicist who was born in and studied, in particular, this astronomical phenomenon. So no, the garrison did not fall victim to a rocket - just to a clumsy combination two different symbols.

9. Rorschach test in the Sakhalin Region 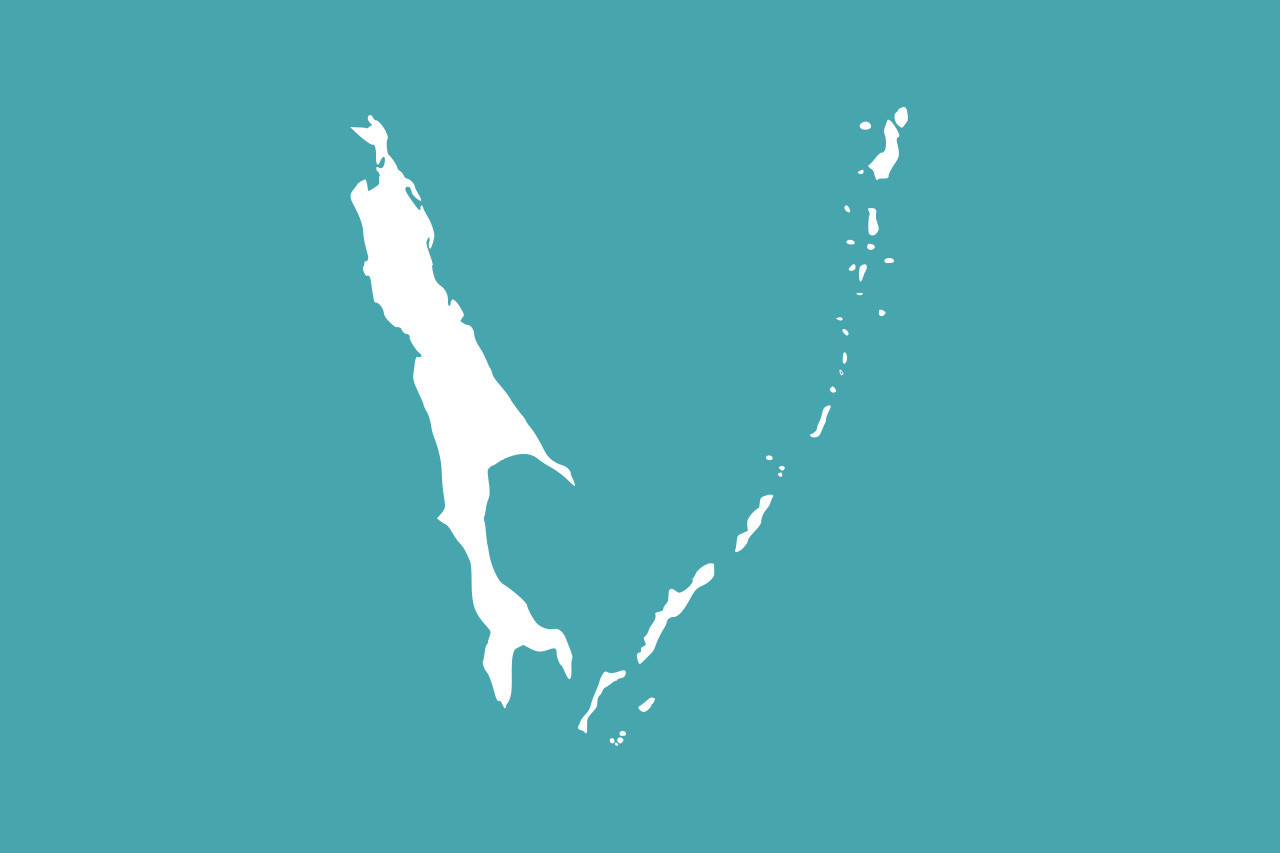 What is this? One of Kandinsky’s earlier works? Or yet another example of bold Russian minimalism? Is it a white paint stain?

The things , when you live on the remote islands of Kuril and Sakhalin islands in Russia’s East, lost somewhere between Japan, big mother Russia, and an even bigger blue ocean - you want to keep it simple. No symbols, no ribbons, no lofty metaphors. So, apparently, folks in the Sakhalin Region just googled their own area and clicked print - because these abstract shapes are exactly what Sakhalin and the Kuril Islands look like on the map. 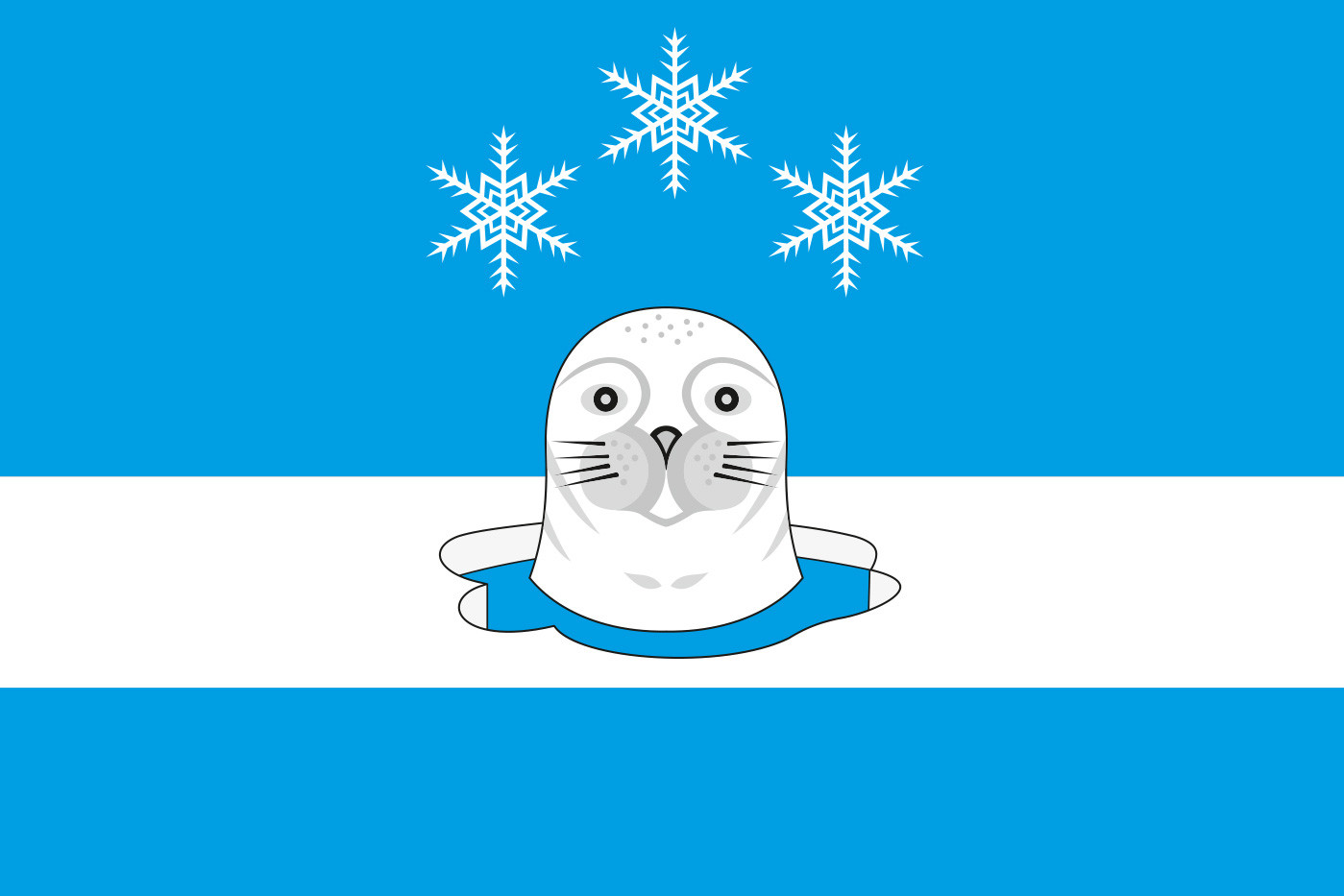 "Say the code word and enter my hidden city," says the cute seal on the flag of Snezhnogorsk, formerly the secret town of Murmansk-60, declassified just about 20 years ago. Strangely enough, the seal doesn't symbolize Arctic wildlife or any particular - it refers to the Nerpa shipyard that repairs and utilizes nuclear-powered submarines, which is romantically named after these lovely mammals. It remains unknown whether its founders had a soft spot for seals, or used the name to mislead potential spies, but one thing is certain - you can hardly imagine a better disguise for a massive nuclear fleet facility than this delightful creature looking out of the icy water.