Top 6 offbeat bars to get your drink on in St. Petersburg

Travel
Yekaterina Sinelschikova
Want to drink in an entranceway and still somehow feel posh? Or pass through a regular old archway and then wind up at a bohemian party? Anything is possible in St. Petersburg, Russia’s drinking capital. Here’s where to start. 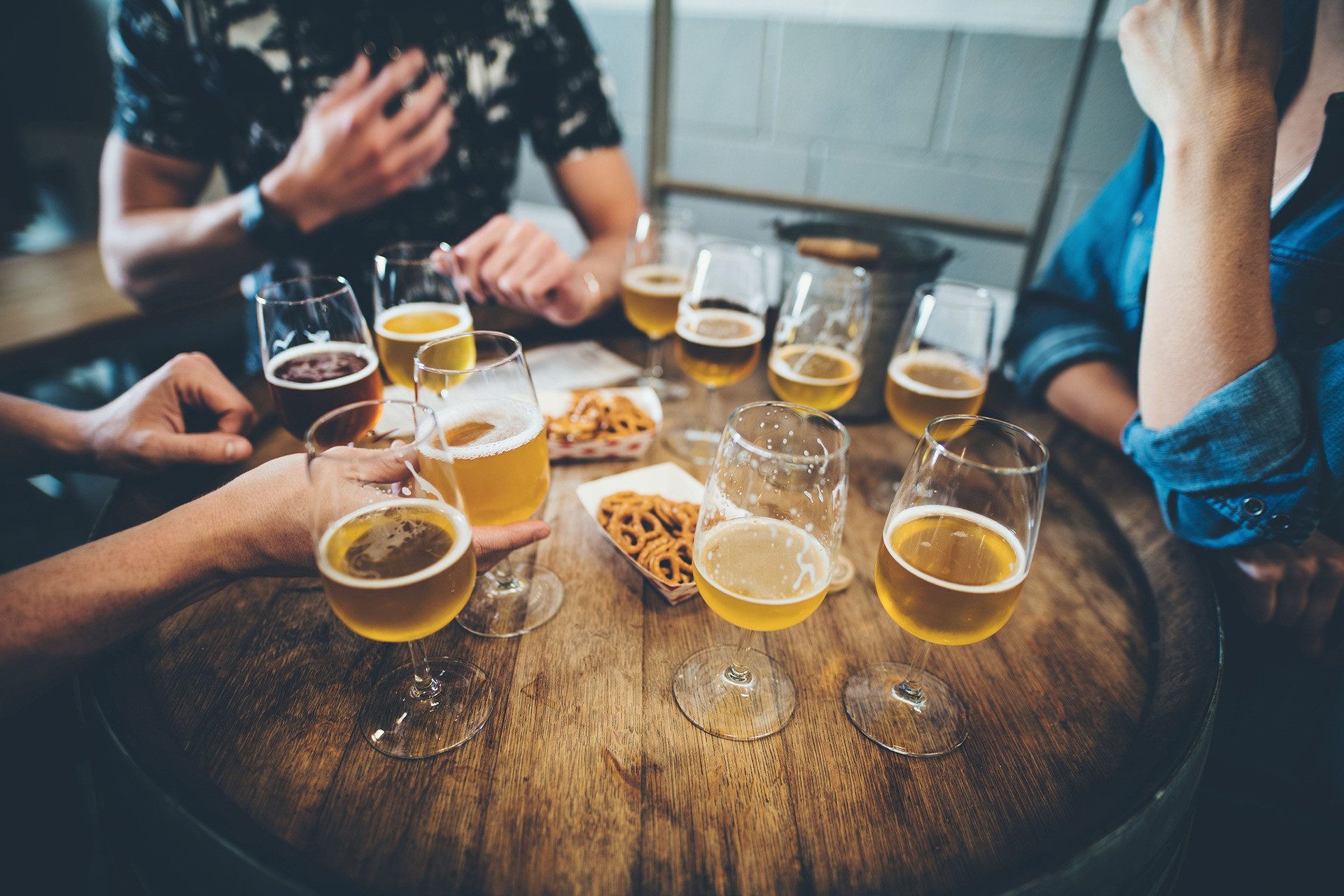 Almost every Russian household has a washing machine these days, but if there isn't one in your apartment or your hotel gouges you on laundry, this is the ideal place for you. It’s not for nothing that it has become so popular with young Europeans.

The owners of Stirka [which means "Washing"] visited lots of secondhand shops in Europe to recreate the atmosphere of a student squat. The most curious feature of the interior is the washing machines, which actually do wash customers’ clothes. While your socks, shirts handkerchiefs are being laundered, a DJ plays electronic music and a barman brews up free cups of tea. The place also offers alcohol at so-called "student" prices: vodka for 100 rubles ($1.60), grape cider for 200 rubles ($3.15) and mulled wine for 250 rubles ($3.90).

This must be the only bar in the world that you leave with freshly washed clothes. 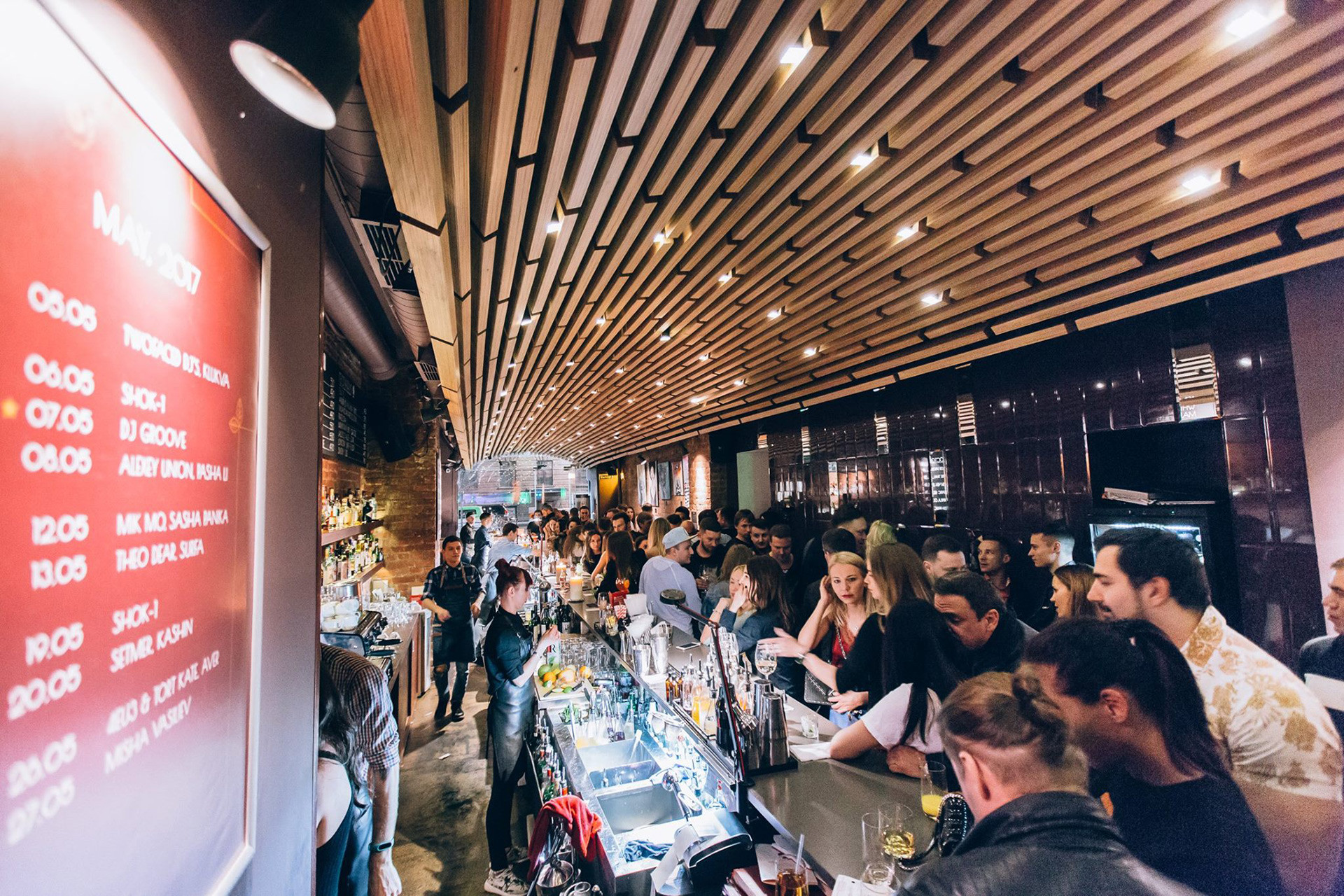 With a 13-meter bar area built into the real archway of a building, this place has been popular with the St. Petersburg in-crowd since 2012. You can meet all sorts of people here, including the wives of Russian businessmen and even Johnny Depp when he turns up in town. The food and cocktail list consist entirely of house specials. For example, you can try duck breast with baked quince and blackcurrant sauce. Cocktails are quite exotic here, mixing alcohol with birch sap, dark bread even mushrooms. Sounds strange, but somehow it works. 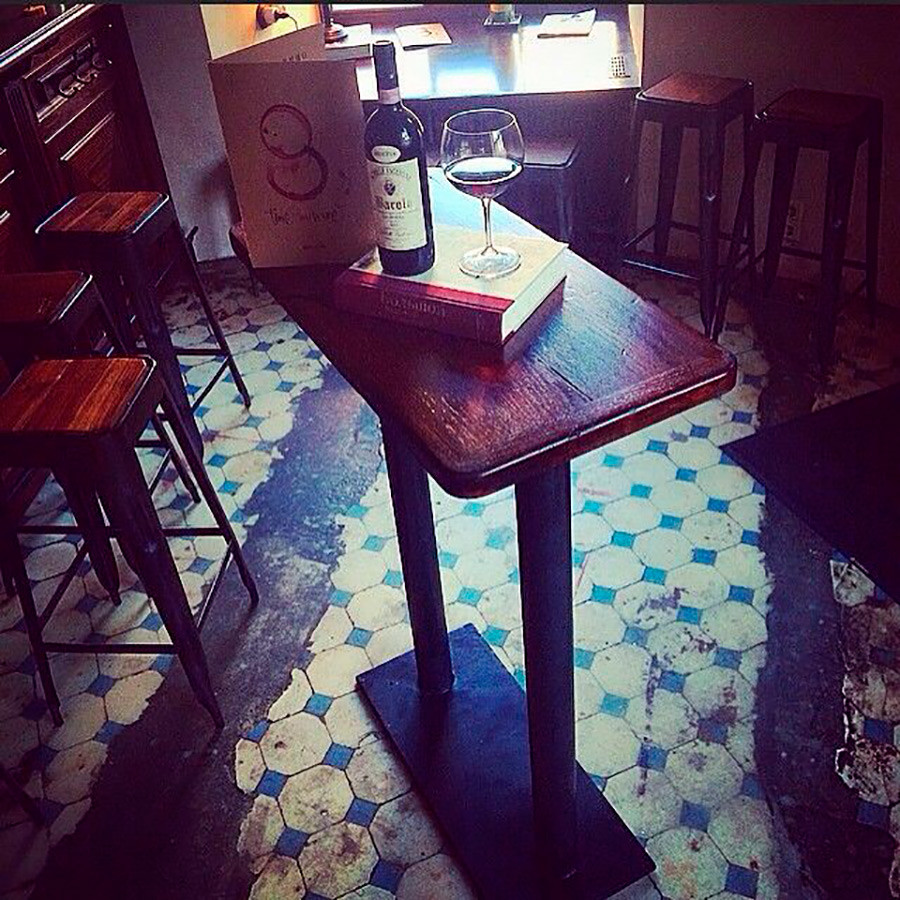 This building belonging to the millionaire Kolobov brothers was erected on Bolshoi Prospekt at the beginning of the 20th century. This historic building, which is adorned with stuccowork and figures of atlantes, mostly houses offices at this point. But it is also home to the modest Bar 8, which occupies part of the old entrance and successfully trades on the image of the building’s aristocratic entranceway. The walls, floor ceiling here are the same as they were 100 years ago, plus they serve about 14 varieties of wine and other alcohol.

Visitors' advice: "When you walk in, look up at the ceiling—you will see a picture worth a closer look. Then go to the counter and order a gin with elderberry for yourself and pink lemonade for your female companion. Sit down on the windowsill. Relax. You are in the right place." 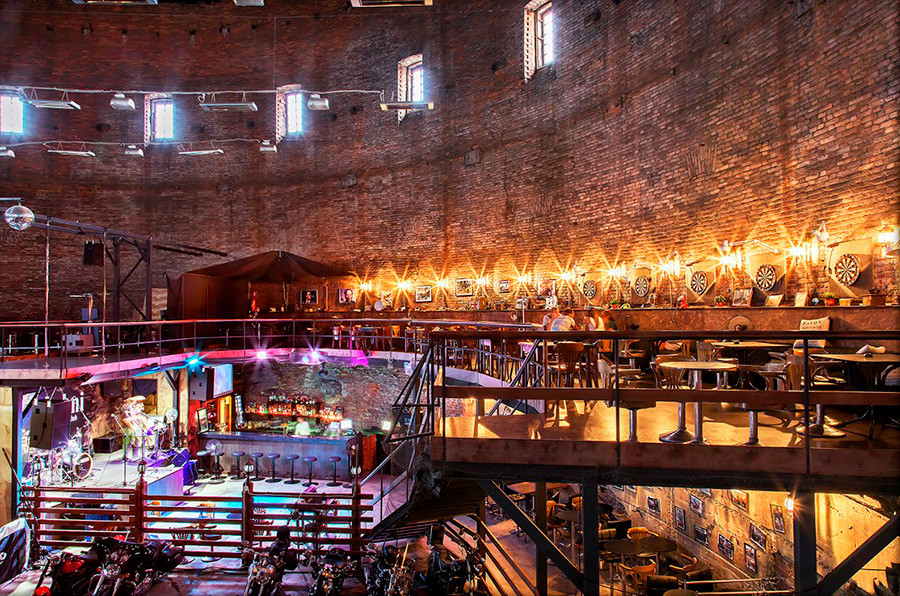 This place is popular with bikers whose bike club is nearby. But don't just stand quietly by the entrance when you see macho-looking guys in leather biker jackets drinking beer—everyone is welcome here.

The Dve Bashni bar is deep inside a desolate industrial zone, located inside a gigantic gasholder on the embankment of Obvodny Kanal. It is a brick building of the sort built en masse in St. Petersburg in the 19th century for storing gas. The prices are low, and the food is unpretentious.

From time to time they have boogie-woogie parties here on Fridays. Finding yourself here for the first time, try "bikers' tea" with ginger, lemon herbs before moving on to the stronger stuff. 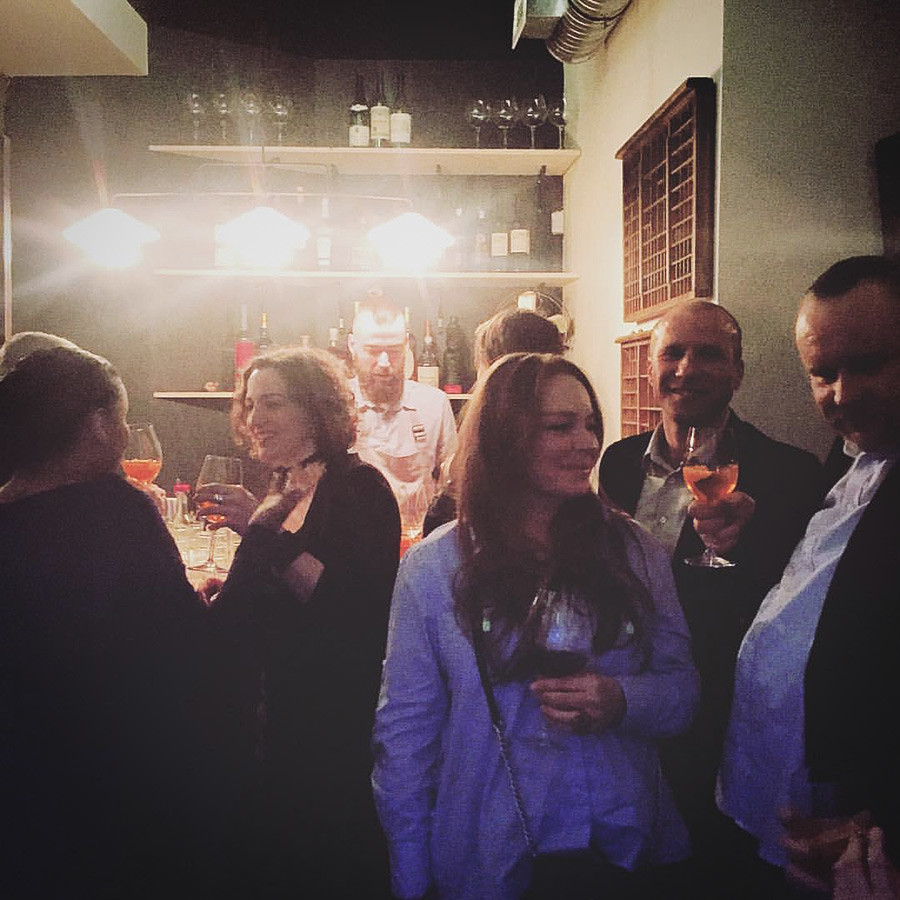 Entrepreneurs in St. Petersburg a talent for turning anything with more than a square meter of free space into a bar, and Bar Mitya is a fine example of this. It is a bar in a or the "secret room" of Cafe Rubinstein.

The drink offerings change daily, and there is enough space to accommodate around 10 people at the most. Nevertheless, the bar is a cult spot in St. Petersburg. They pour wine from the Rubinstein collection and make their famous original cocktails here. You can only get in through the service entrance in the courtyard.

Don't stay here long though. Just pop in when you are out and about, down a glass of wine or a Bloody Mary made with sake and then move on. 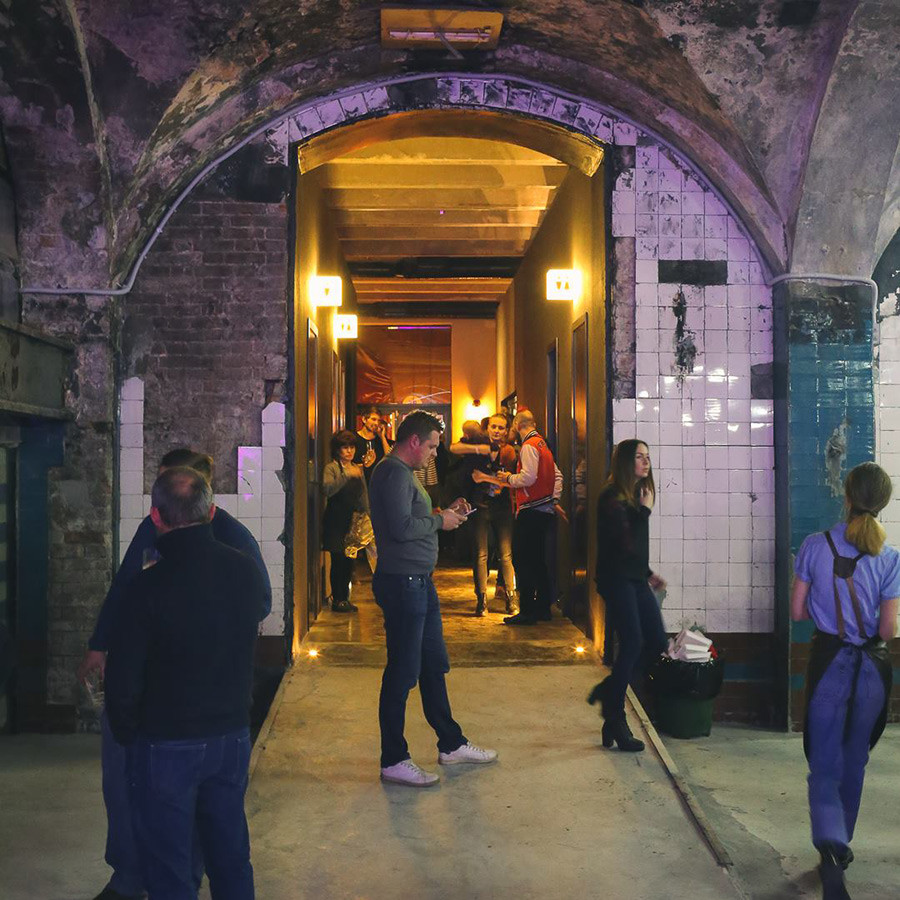 St. Petersburg is obsessed with craft beer, and so it is not surprising that a place like AF Brew Taproom eventually opened. The bar is attached to a brewery and specializes in offering the best varieties of Russian beer. It is located in the old Stepan Razin brick brewery, which was founded more than 200 years ago by British industrialist Noah Cazalet.