Is it really possible to enter Russia without a visa or even a passport? 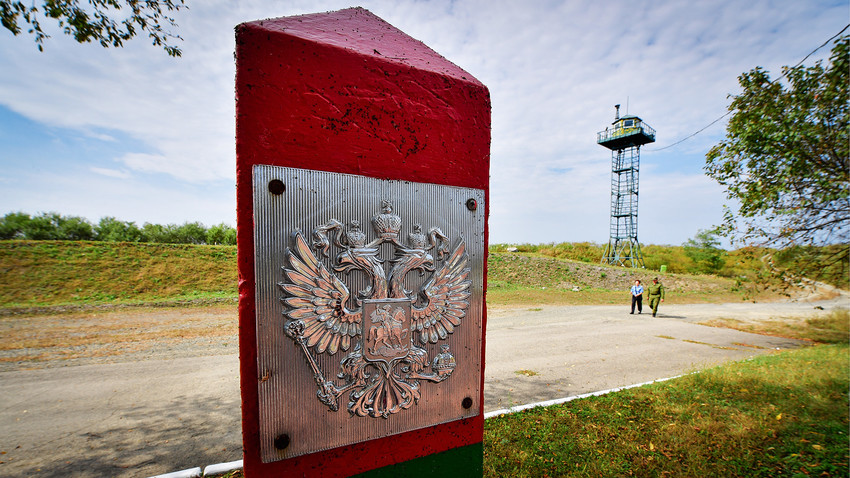 Yuri Smitjuk/TASS
There are little-known anomalies in Russia's international borders that have remained unresolved for years. Attempt to cross at your own risk! Border guards have eyes and ears everywhere.

To enter Russia, you don't need to go through customs or border control! Anyone who finds themselves in this particular part of Estonia can enter Russia without an official visa and even without a passport.

This border anomaly, an area of 1.15 sq. is called 'The Saatse Boot' because its shape resembles a boot. It's a dirt road that links the Estonian villages of Sesniki and Lutepaa, but a kilometer between the two runs through Russian territory 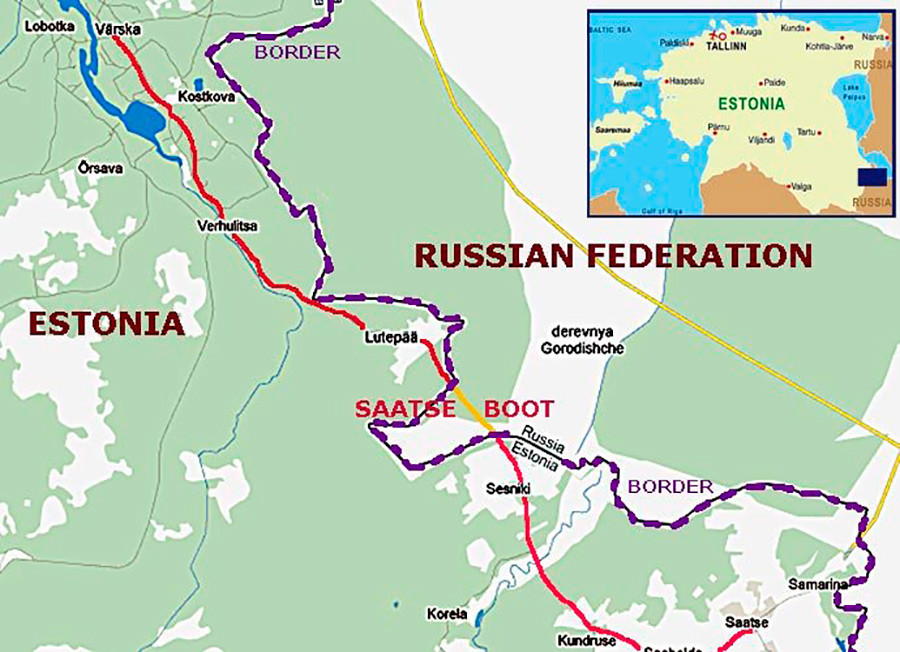 did a part of Russia end up in the European Union?

There are many places like these in the former Soviet republics. After the USSR collapsed, administrative boundaries turned into impenetrable state borders; and some settlements and villages were divided in a very inconvenient way. This is precisely what happened to the forest track between Sesniki and Lutepaa. Until 2008 it was the only road linking the two Estonian villages, but it passes through what is officially Russian territory 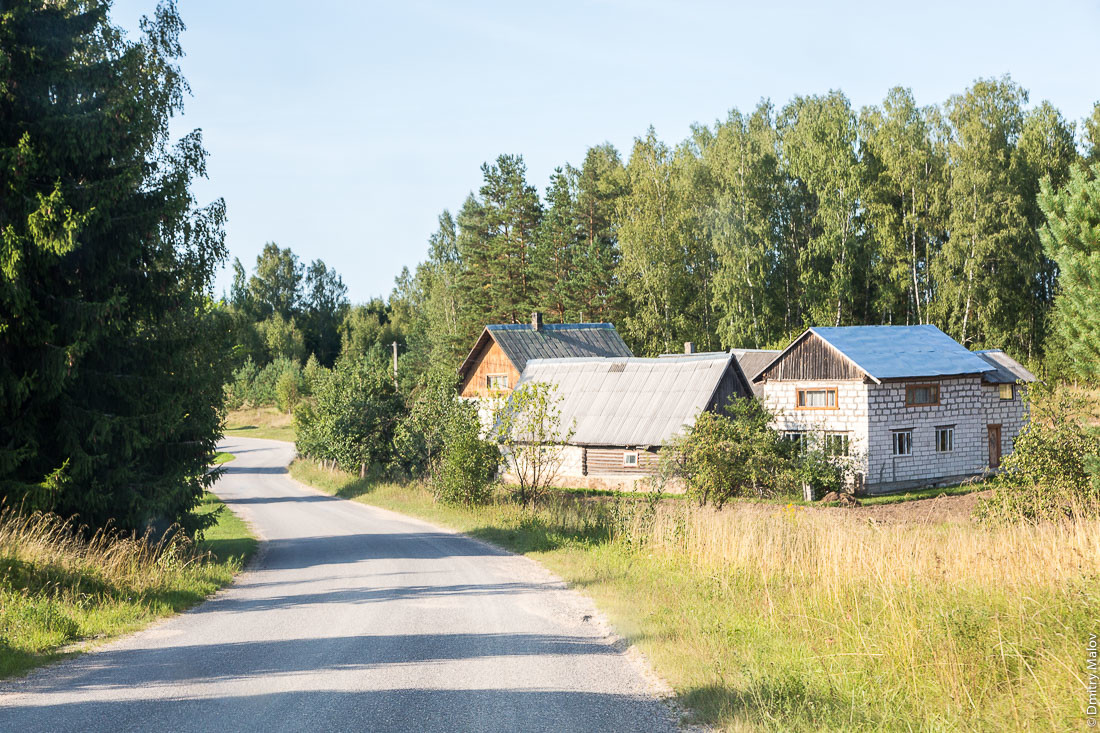 , Russia and Estonia tried to end this absurdity: in 2005, and in 2014. They signed a border treaty that called for a land swap: Russia would give up 'the boot' in exchange for the same amount of Estonian forest somewhere else. However, both attempts to ratify the treaty fell through. 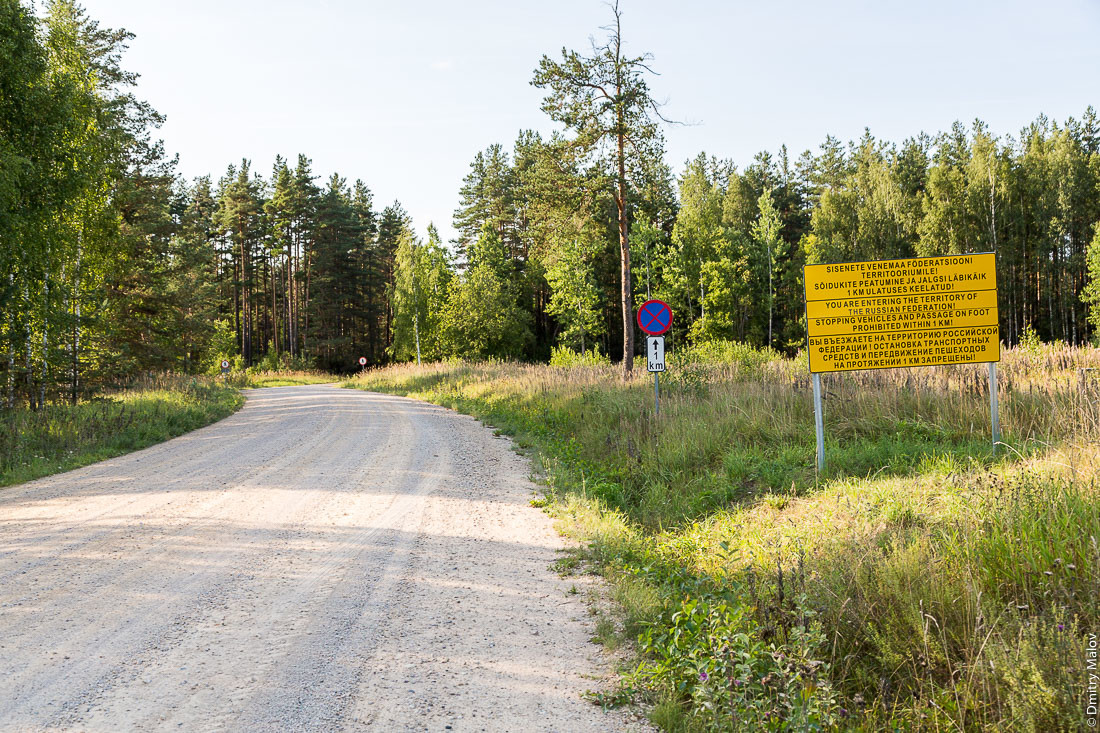 The reason is simple: Estonia insisted that the transfer of territory be based on the 1920 Tartu Peace Treaty, which was concluded after the Estonian War of Independence. In that treaty, the Saatse Boot became Estonian territory. But Russia believes that reference to the Tartu Peace Treaty will allow Estonia to claim other Russian lands. 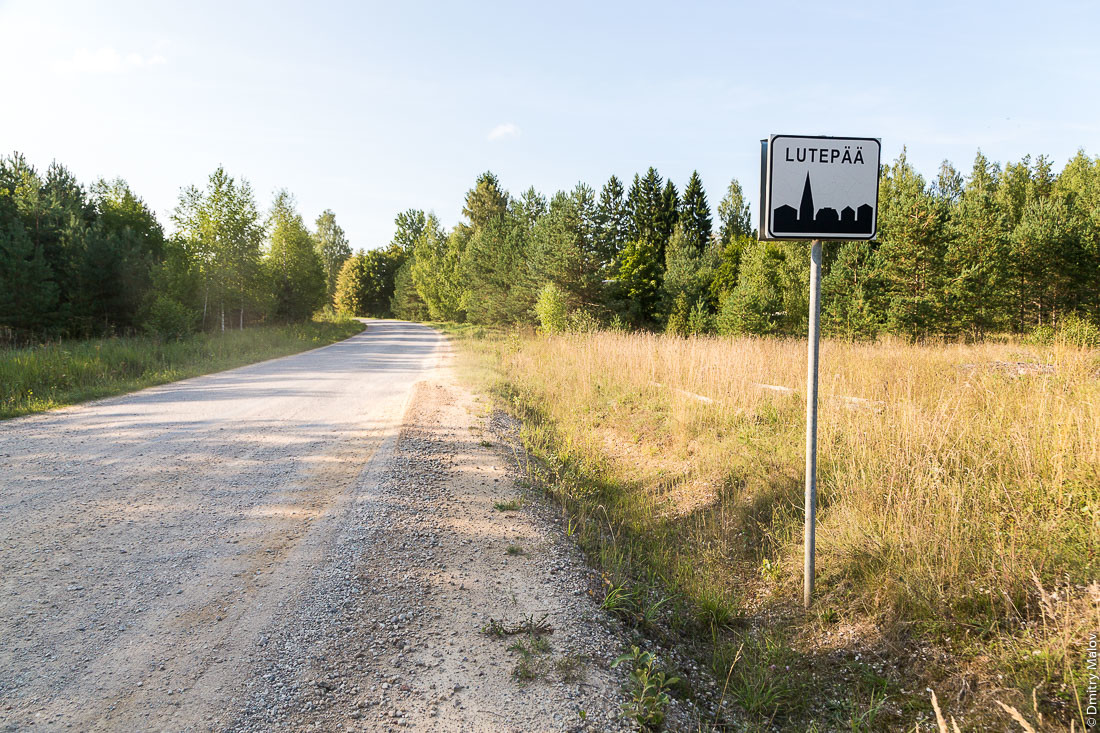 FSB in the bushes

Russia grants road access to all who need it, albeit on special terms: vehicles are not allowed to stop, and people are not allowed to walk on that stretch of the road. If the rules are violated, Russian border guards, which are a division of the Federal Security Service (FSB), will emerge from the bushes and take you to the nearest Russian town for a chat and most likely issue a fine 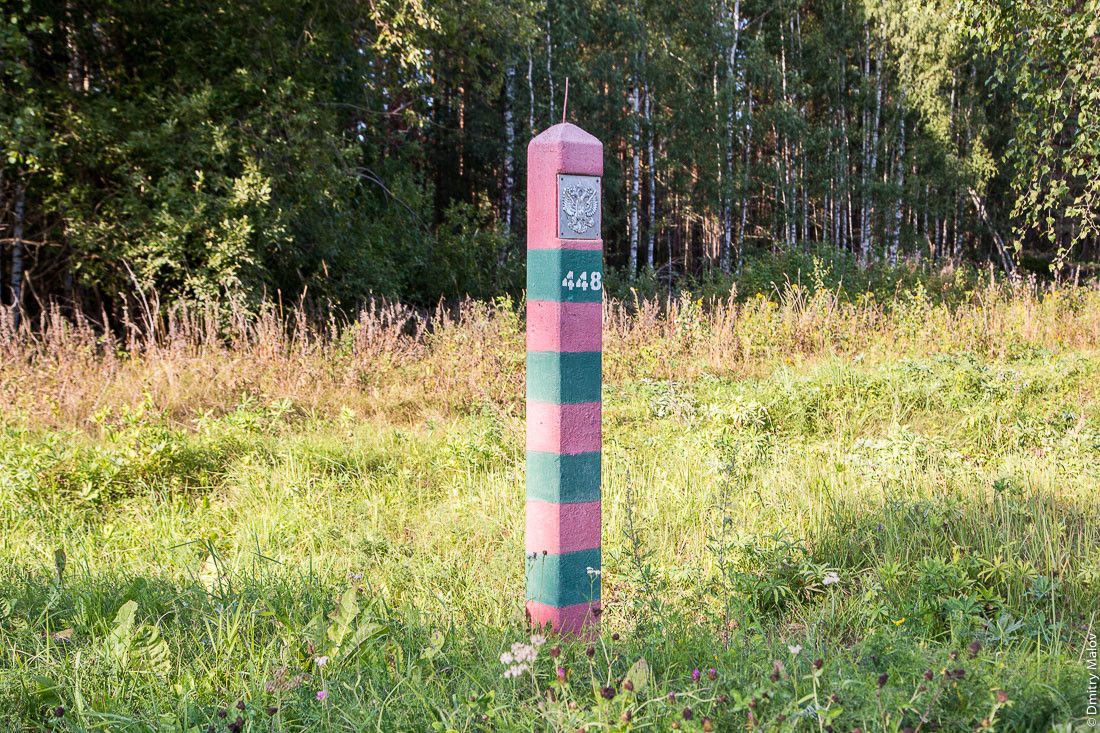 blogger Dmitry Malov says that the territory to the left of the road (which is closer to Estonia) is not put to any commercial use. There are knee-high wild mushrooms growing, which Estonians are very fond of. The right side of the road, closer to 'mainland' Russia, is marked by barbed wire, behind which vigilant Russian border guards sit in camouflaged wooden huts. If you think you'll be able to skip past them unnoticed, you are mistaken. 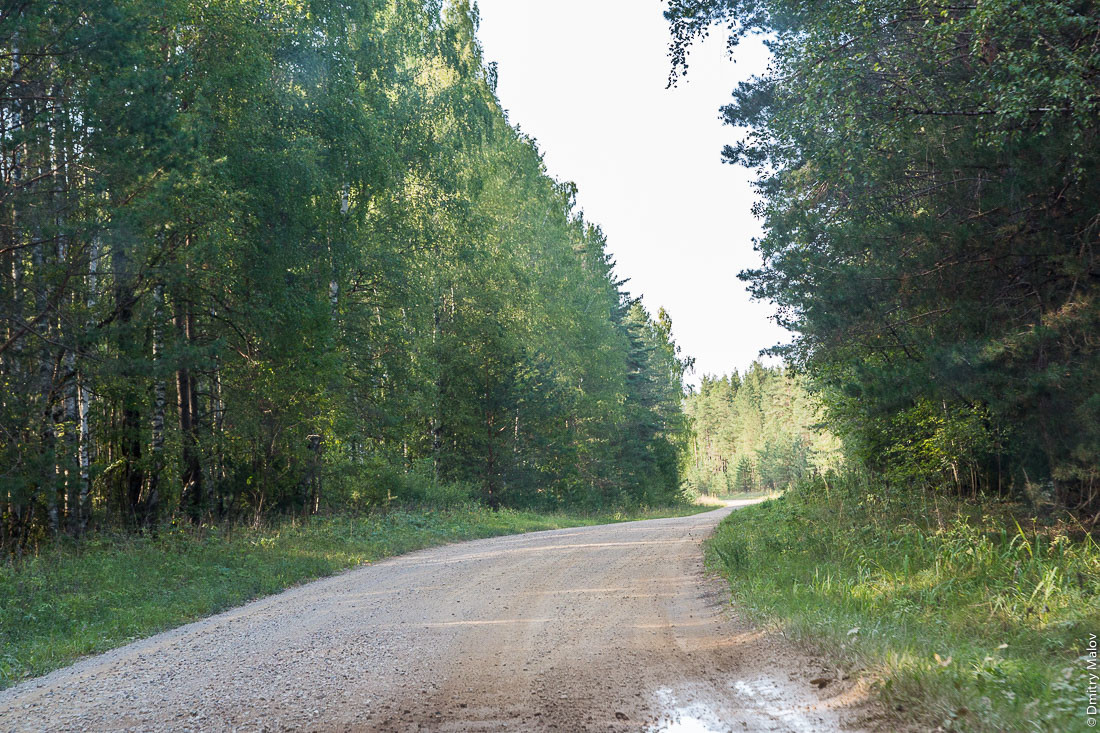 "My Estonian friend Mikk told me that when he once stopped and got out of the car to have a pee, Russian border guards appeared out of nowhere," recalls user g-.

Another local Estonian, Lusti, had it even tougher: "I was in Krupa [a Russian checkpoint] for 24 hours before they took me back to Värska [an Estonian village]. But they didn't make me pay a fine." 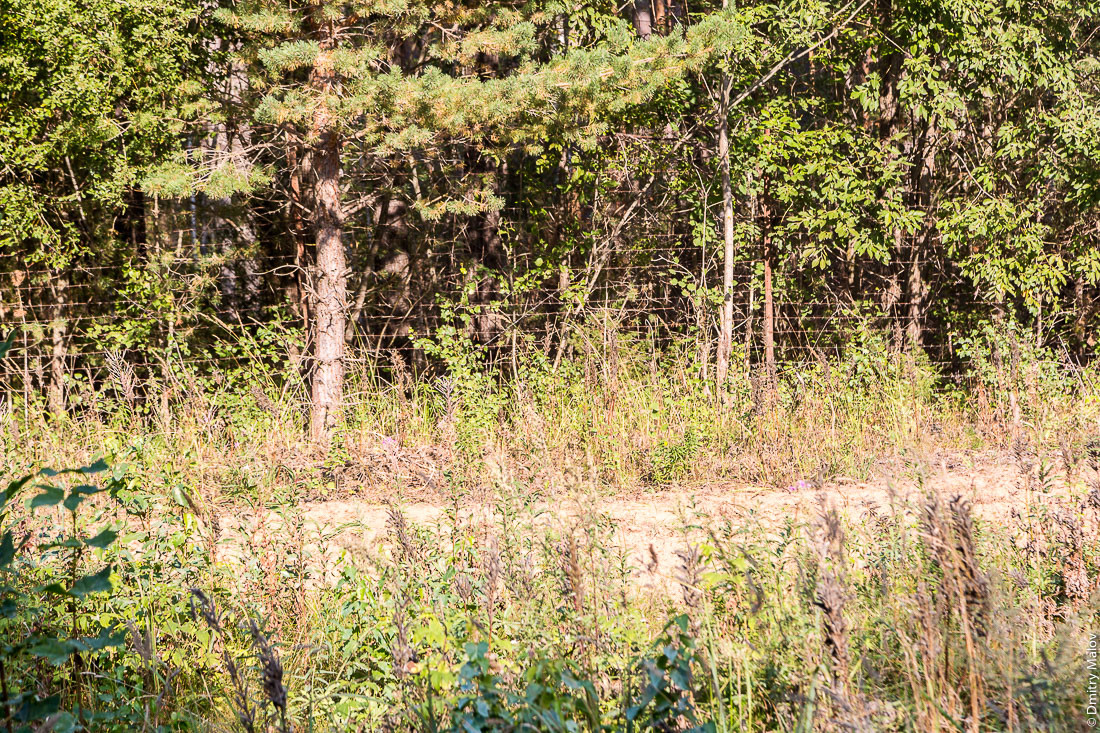 Right side of the road, closer to 'mainland' Russia, is marked by barbed wire

The return to Estonian territory at Lutepaa is marked by a lone border marker and a 70 km/h speed limit sign. "In Estonia, they take speed limits seriously. On the Russian stretch of the road you can drive as fast as you want," says Malov 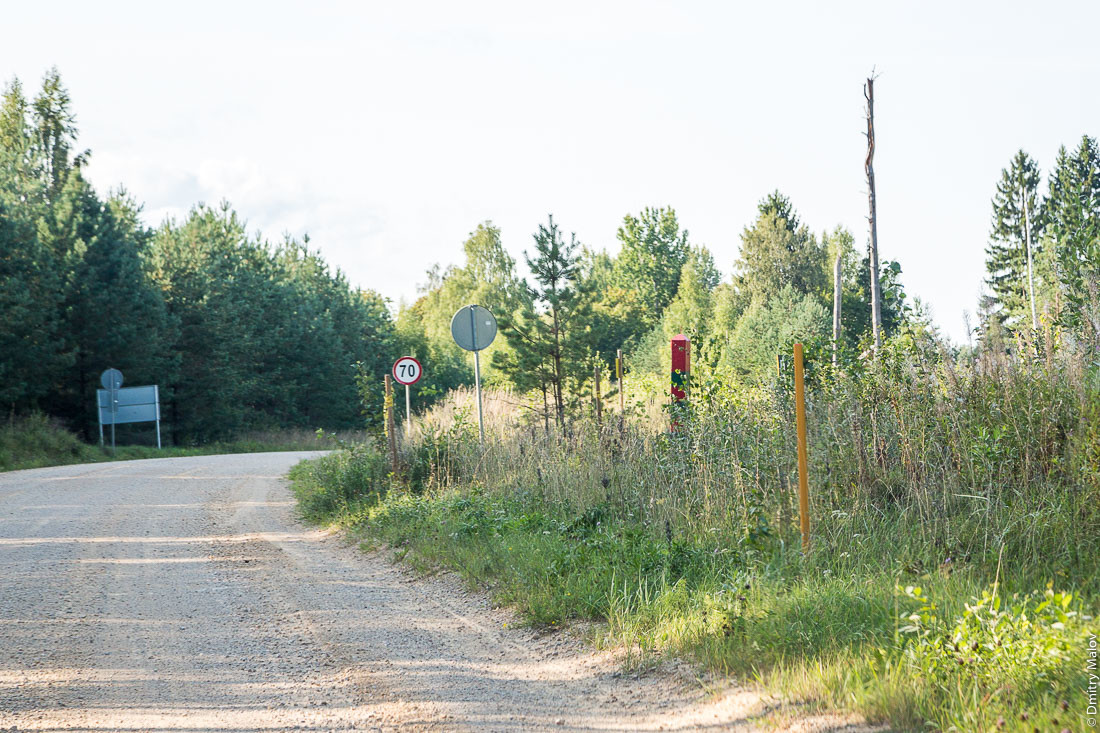 after Lutepaa, you can drive another 50 meters across Russia, on the same terms. "I slowed down in the midst of the silence [of those] 50 meters to take a couple of pictures, but immediately a border guard appeared from the bushes and headed towards me," the blogger recalls. "It was an uncomfortable feeling. You ask: can I take photos or not, can a Russian citizen stand on this road or not; and he just keeps moving towards you. I decided to drive on without taking pictures." 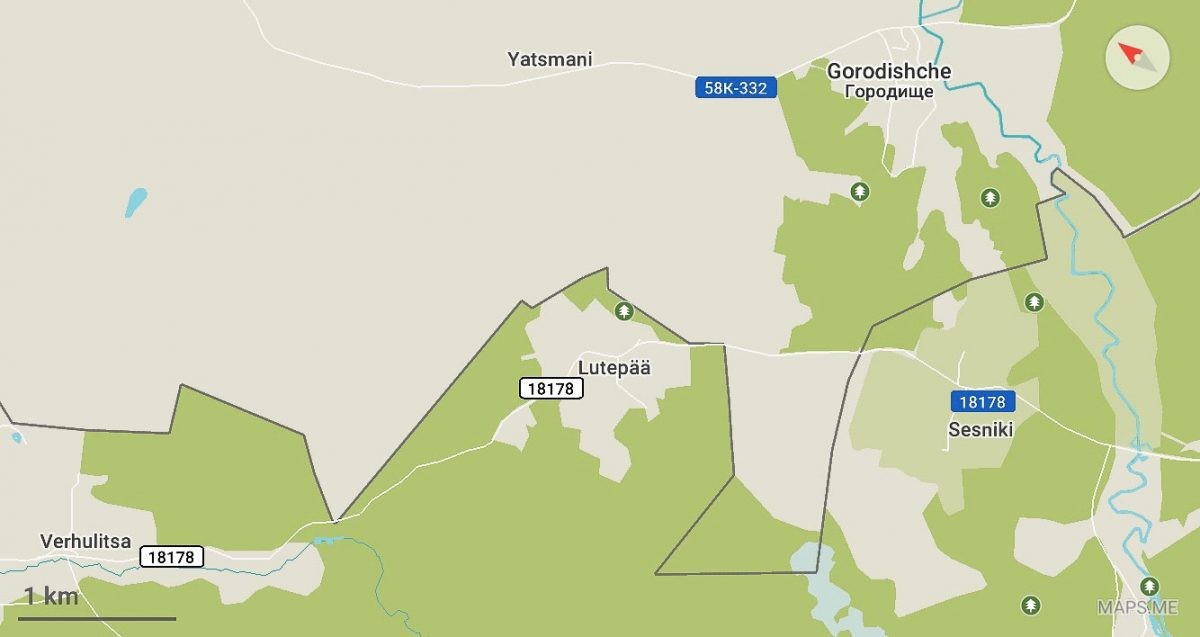 Immediately after Lutepaa, you can drive another 50 meters across Russia, on the same terms

A kilometer later, Malov was stopped by the Estonian police, to check whether he was a smuggler. "Indeed, who else would be driving between Sesniki and Lutepaa with a Russian license plate," he says.