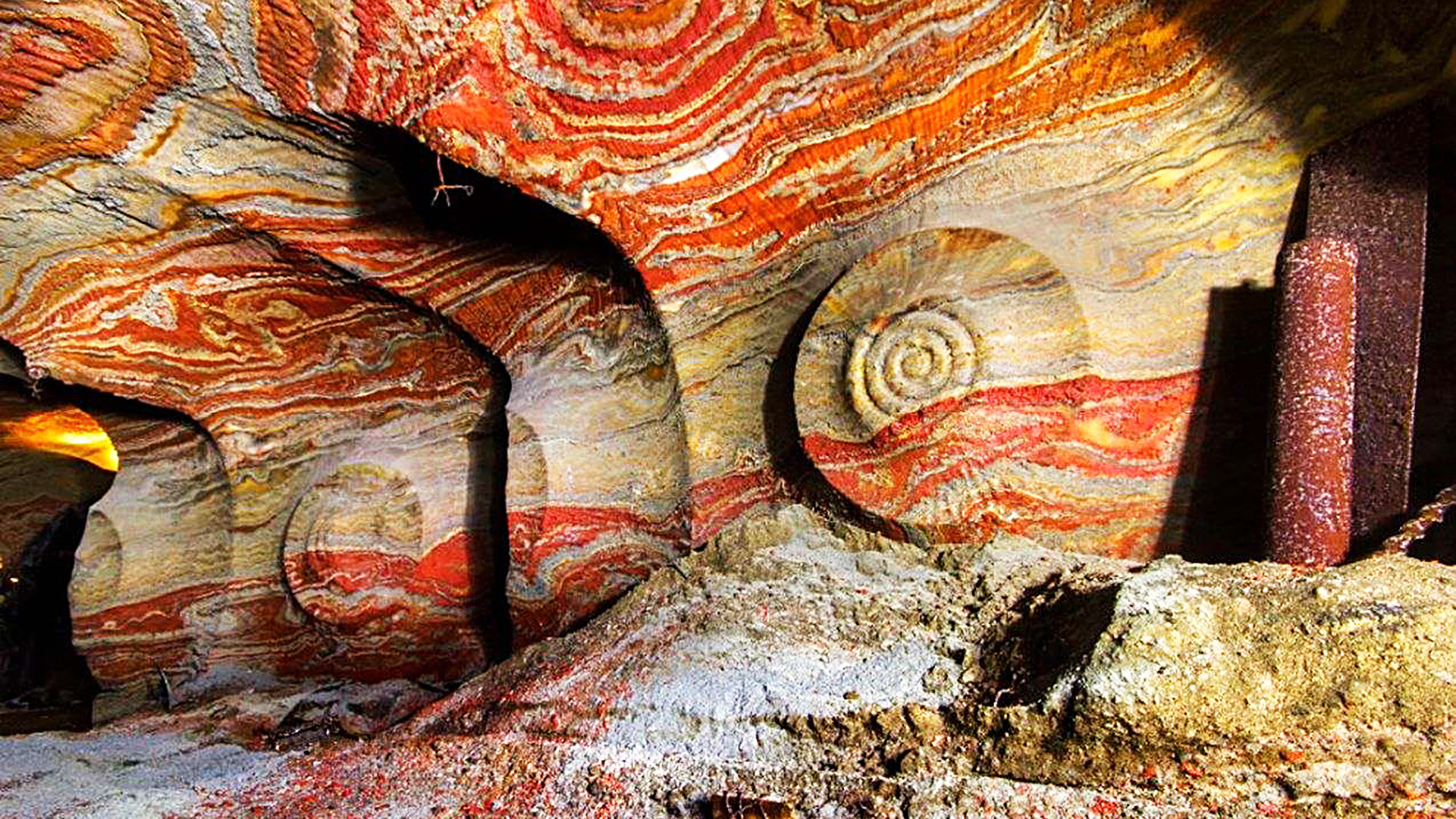 Mikhail Mishainik/Uralmines.ru
Yekaterinburg’s disused salt mines easily outdo any trendy Moscow nightclub design. For an instant inspiration hit, check out these undulating walls that could easily be mistaken for a Van Gogh canvas.

Online commentators have been comparing these Yekaterinburg salt mines to a psychedelic nightclub, calling for the city’s raves to move (perhaps a little too literally) underground. 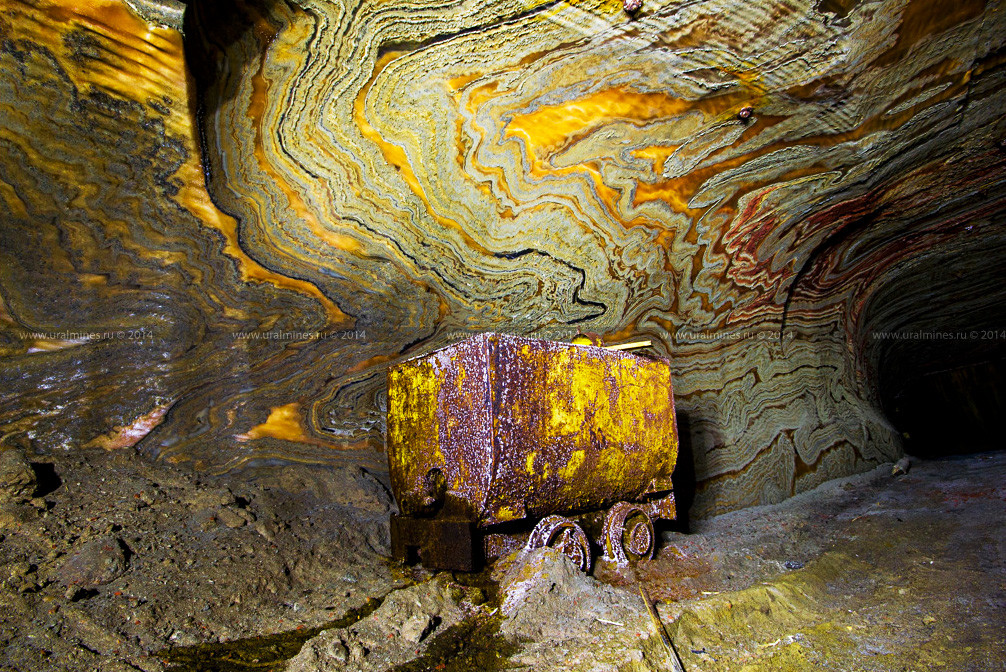 These surreal mines, 650 feet below the Ural city (600 miles east of Moscow), look like they were designed by Vincent Van Gogh, or could perhaps even be mistaken for murals from an ancient civilization. 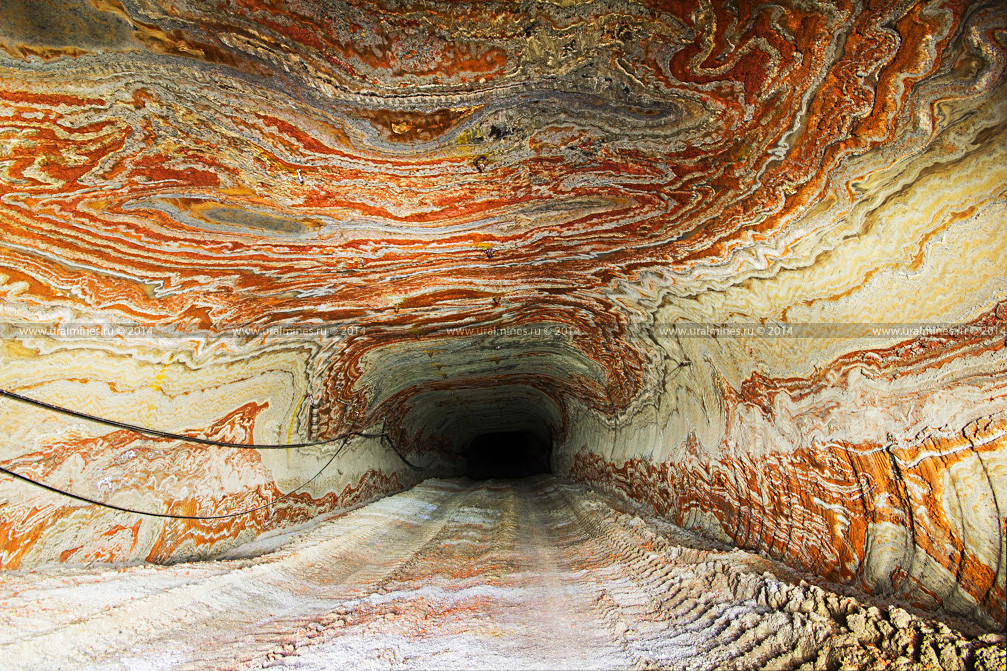 However, the phenomenal kaleidoscopic effect is completely natural. A saltwater sea, long since evaporated, formed the colors during the Permian era (280 million years ago), leaving layers of rich, vivid mineral deposits behind. 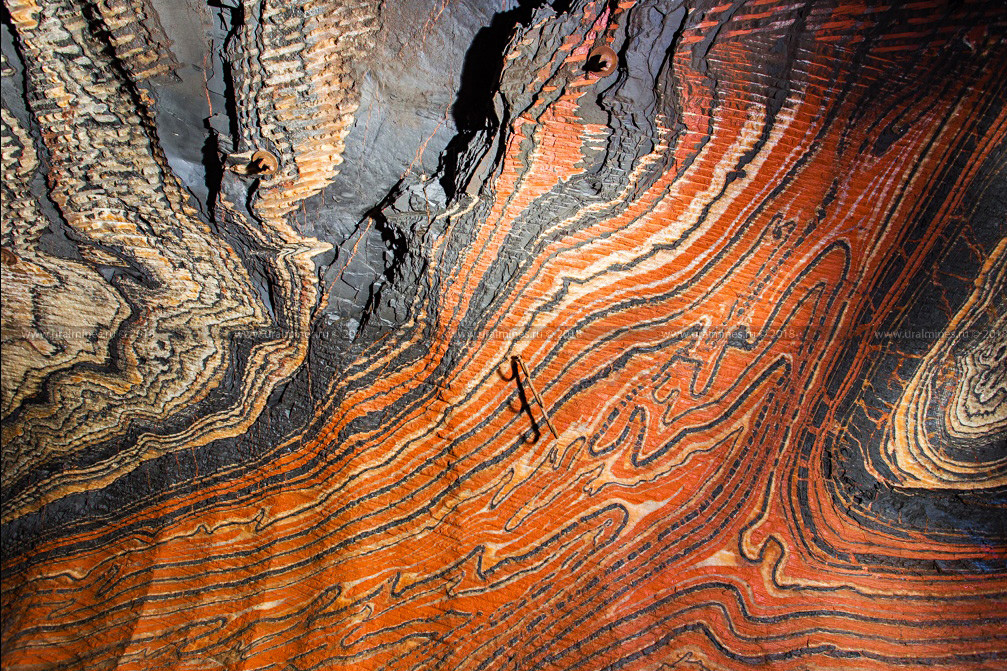 The colors are mainly a result of dried carnallite and potassium magnesiates, used today as fertilizers. The effect takes a wide range of hues and forms including red, white, azure, and gold concentric circles and waves. 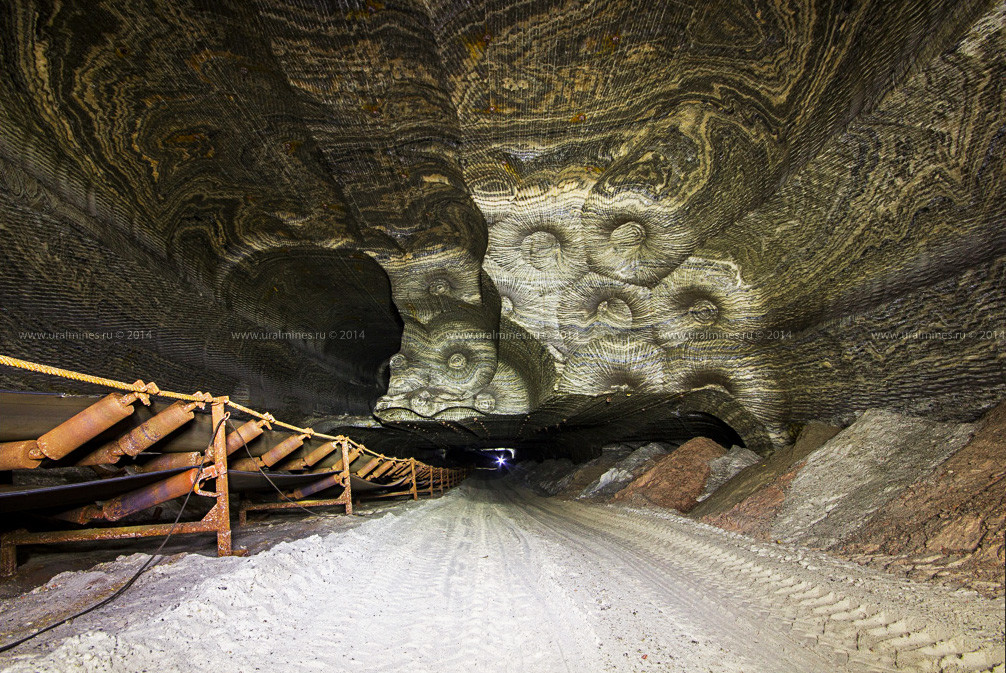 Photographer Mikhail Mishainik stumbled upon these incredible mines in 2014, when he spent days and nights exploring them, despite the high risk of gas leaks and landslides. 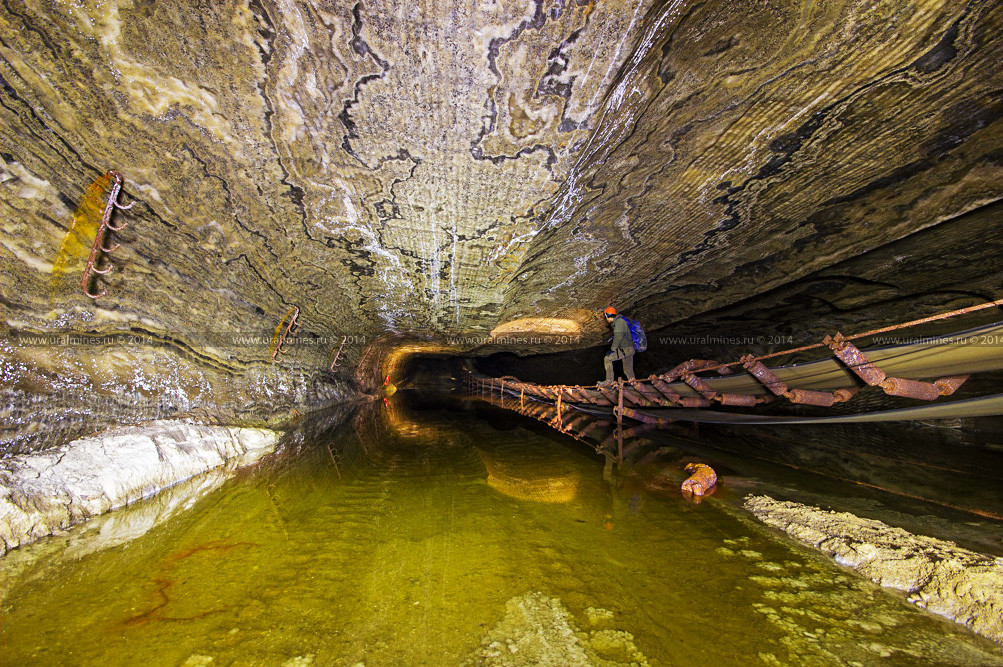 According to Mikhail, the labyrinth of tunnels can stretch for miles. He says the air is very dry - because of the high levels of salt in the mine. 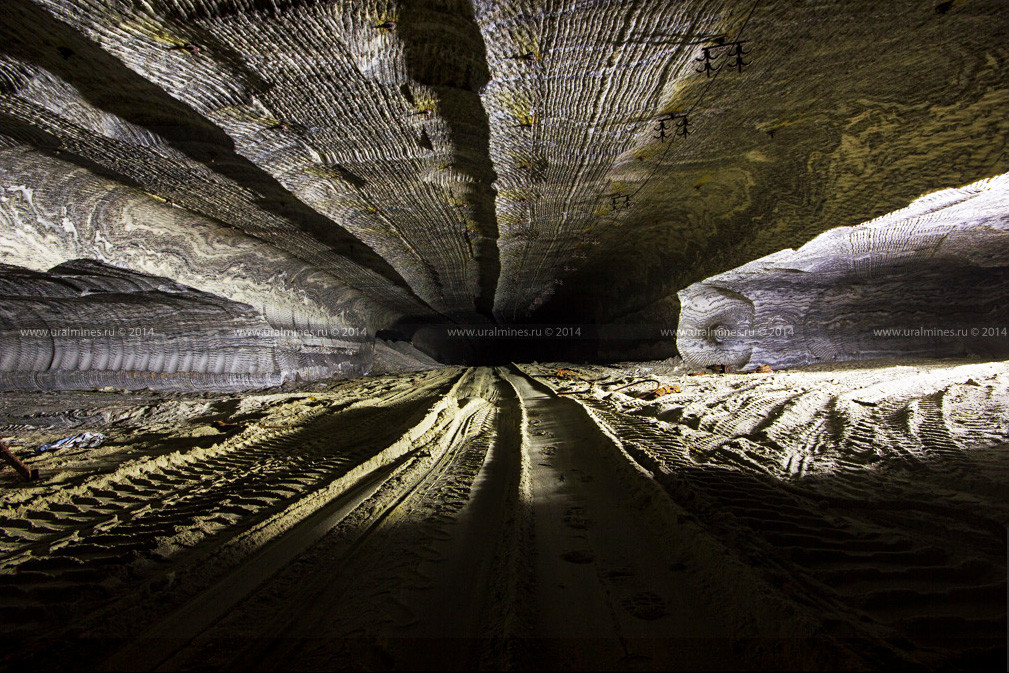 So why did the artistic potential of these mines go unnoticed for so long? It might have something to do with the lighting: the mines are pitch black, and the full glory of the vibrant walls are only revealed under very strong torchlight. 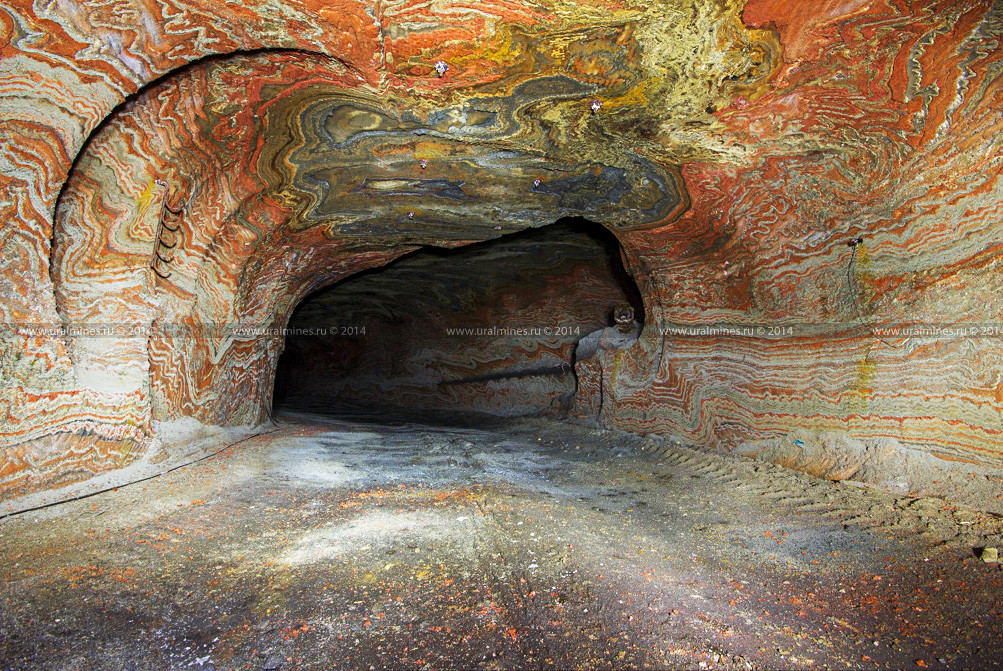 Some of the tunnels are still in use, though most are now inactive and can only be entered with a government permit. Sadly, that means we might have to wait a while for the first techno night here. 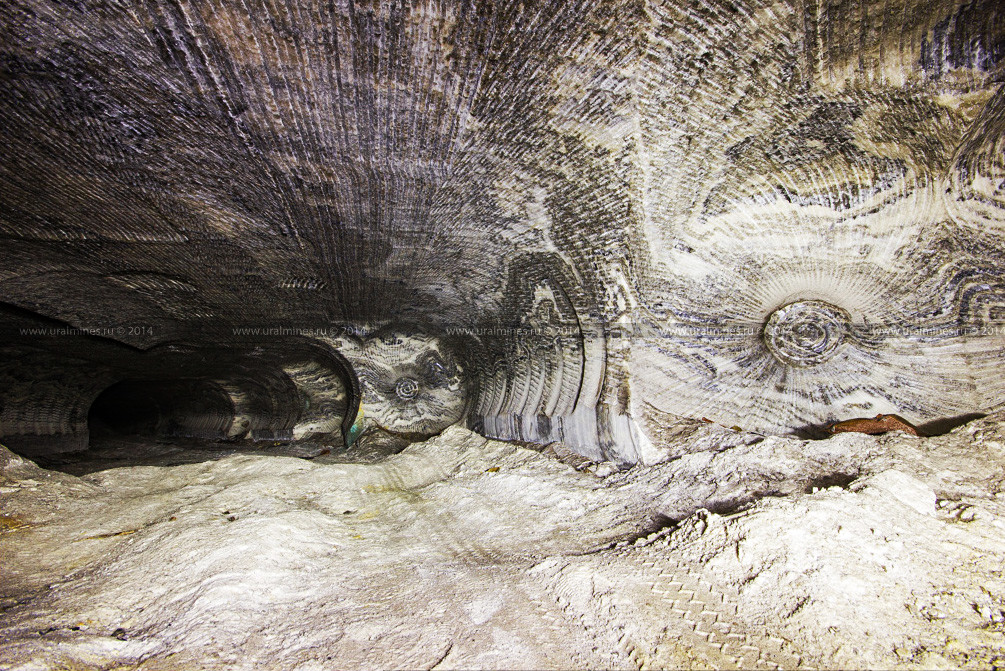 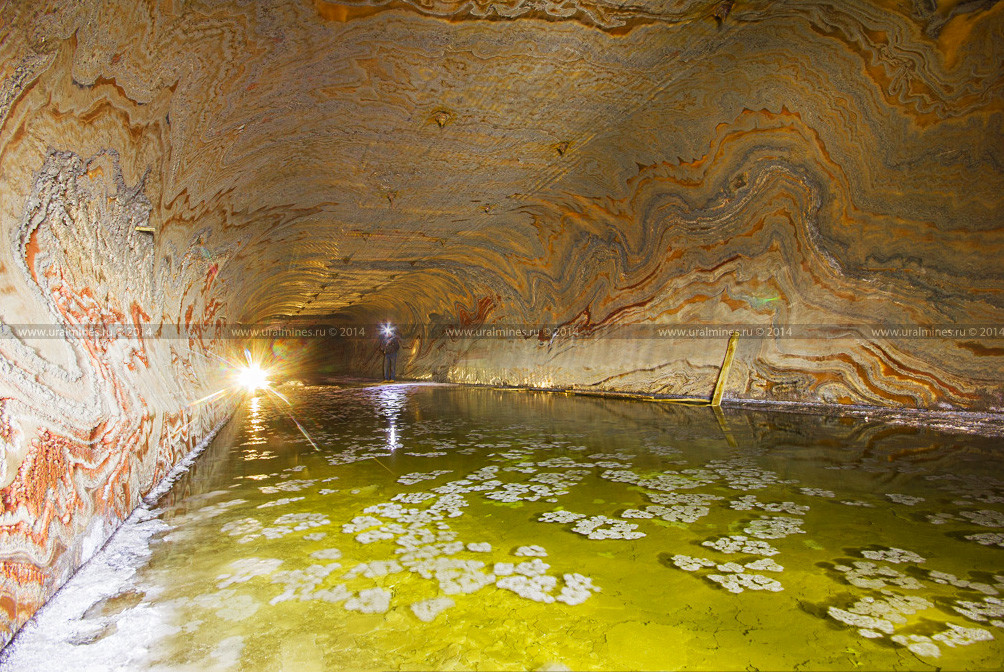 Russians are well known for their extreme exploration feats: just ask any roofer or digger. Salt mining might just be the most visually spectacular adventure to date.