10 Russian caves to get lost in (PHOTOS) 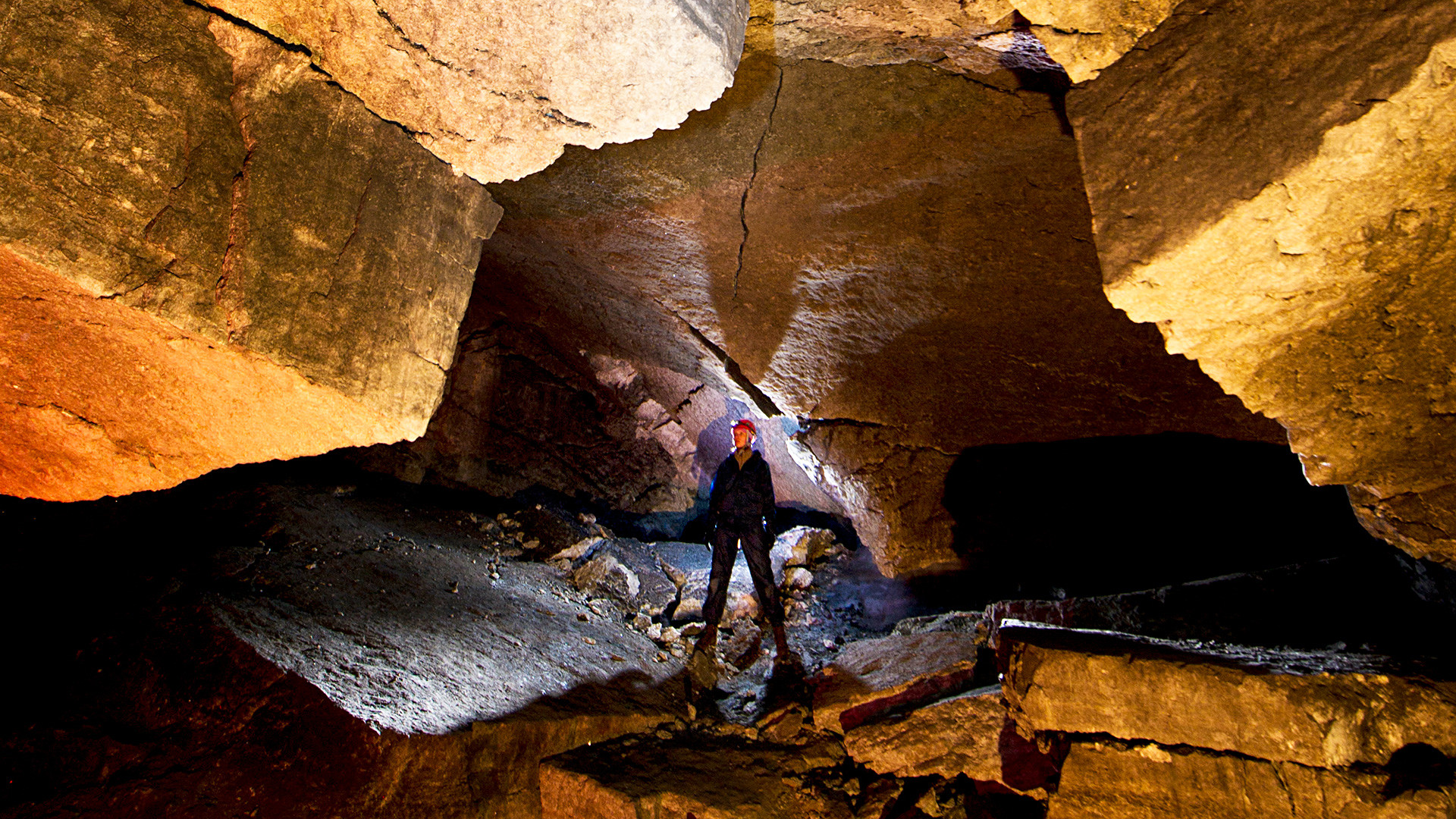 Getty Images
Scuba diving in the longest underwater grotto or plunging right into an active volcano’s icy formations? Some of these remote areas have become tourist attractions, while others only extreme seekers dare to explore. 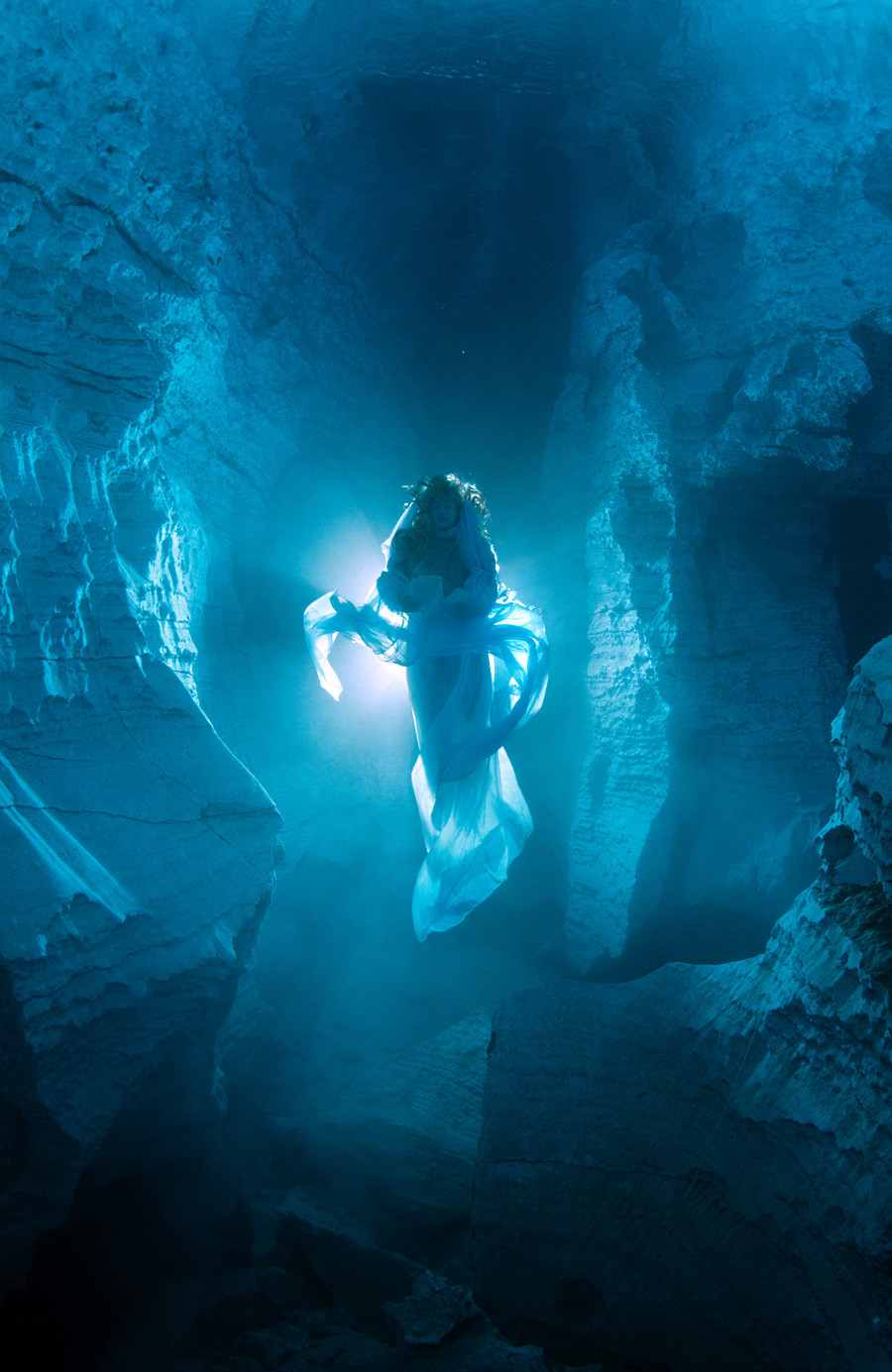 Bored of regular diving? Russian enthusiasts say the most exciting place for it in Russia is in the Urals, near the village of Orda (Perm Region). The Ordinskaya cave is the longest underwater grotto in Russia and the world’s largest underwater gypsum cave. Though it’s not very deep (just 43 meters), its lakes cover around 4.5 km – and hundreds of cave galleries are still waiting to be discovered! Besides the underwater labyrinths, divers face very cold temperatures here, about 4-6 Celsius (39-42F). However, it’s still warmer than outside during winter! 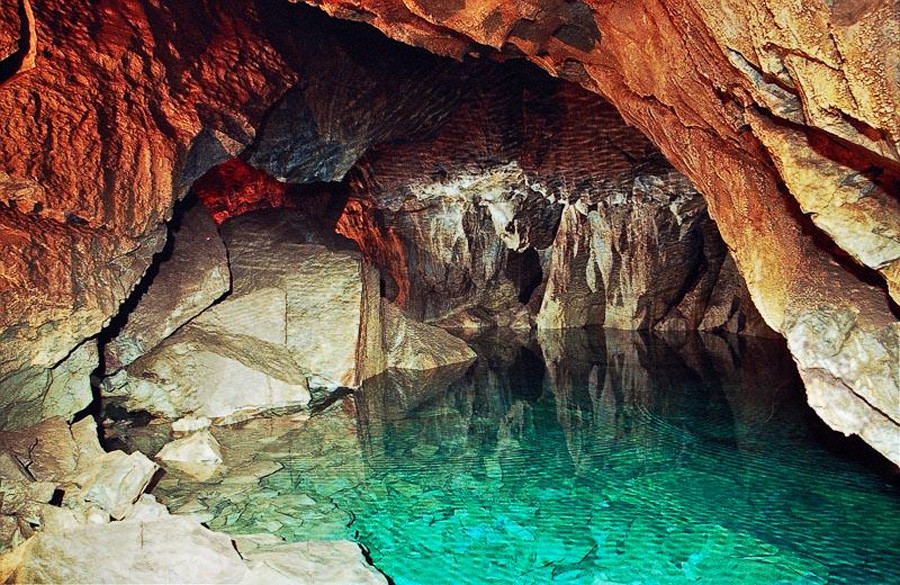 This cave, located in the Republic of Khakassia near the small village of Malaya Sya, got its title, Pandora’s box, for its tricky system of underground passages. It’s not recommended to visit the cave without an experienced guide, because there’s a risk of not finding a way back! Traces of human remains and some ceramics were found in its small 10-meter grotto, and in 1981, a group of speleologists discovered 11 km of passages. Cascades of grottoes, multi-level galleries, cave lakes – but only one exit! 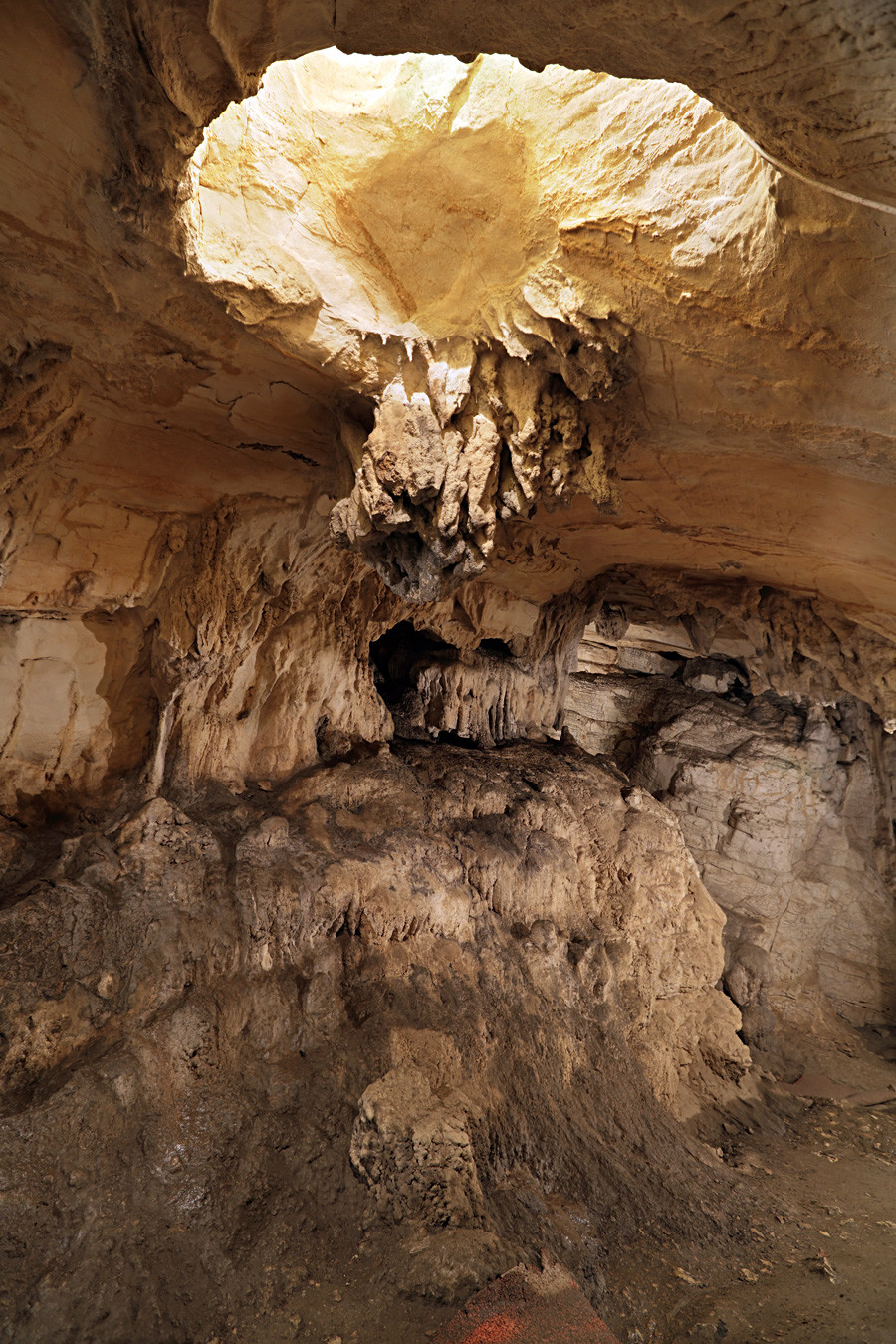 Millions of years ago there was an ocean called Tethys, but after natural cataclysms, its bottom transformed into the Caucasian Mountains and Vorontsovskie Caves. This 11-km-long cave system is now one of the most popular landmarks in the resort city of Sochi. Four large caves have 14 exits and are connected with each other. Here you’ll find fossilized shells and many underwater inhabitants! 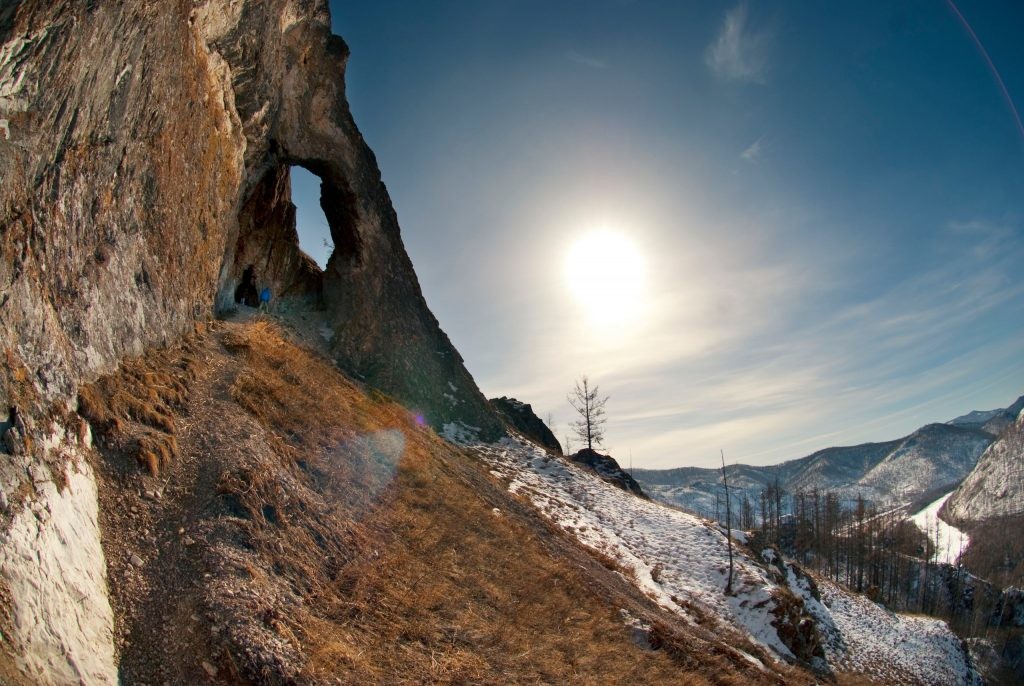 Locals are well aware of the Kashkulakskaya cave in the Republic of Khakassia (located 180 km from the capital, Abakan). They believe that unwelcome guests of this sinister place are “cursed” with madness. In Soviet times, many enthusiasts who didn’t believe in the Black Devil tried their luck but… According to legend, in 1960, a group of 20 students entered the cave and only two girls returned (and ended up in a mental hospital). Six months later, 30 more well-prepared people visited the cave and they all swore they saw something that drove them crazy. Nobody knows what happened down there: maybe it was just a result of the extreme elements or  loss of orientation and claustrophobia underwater. But the fact remains that people were scared mad! 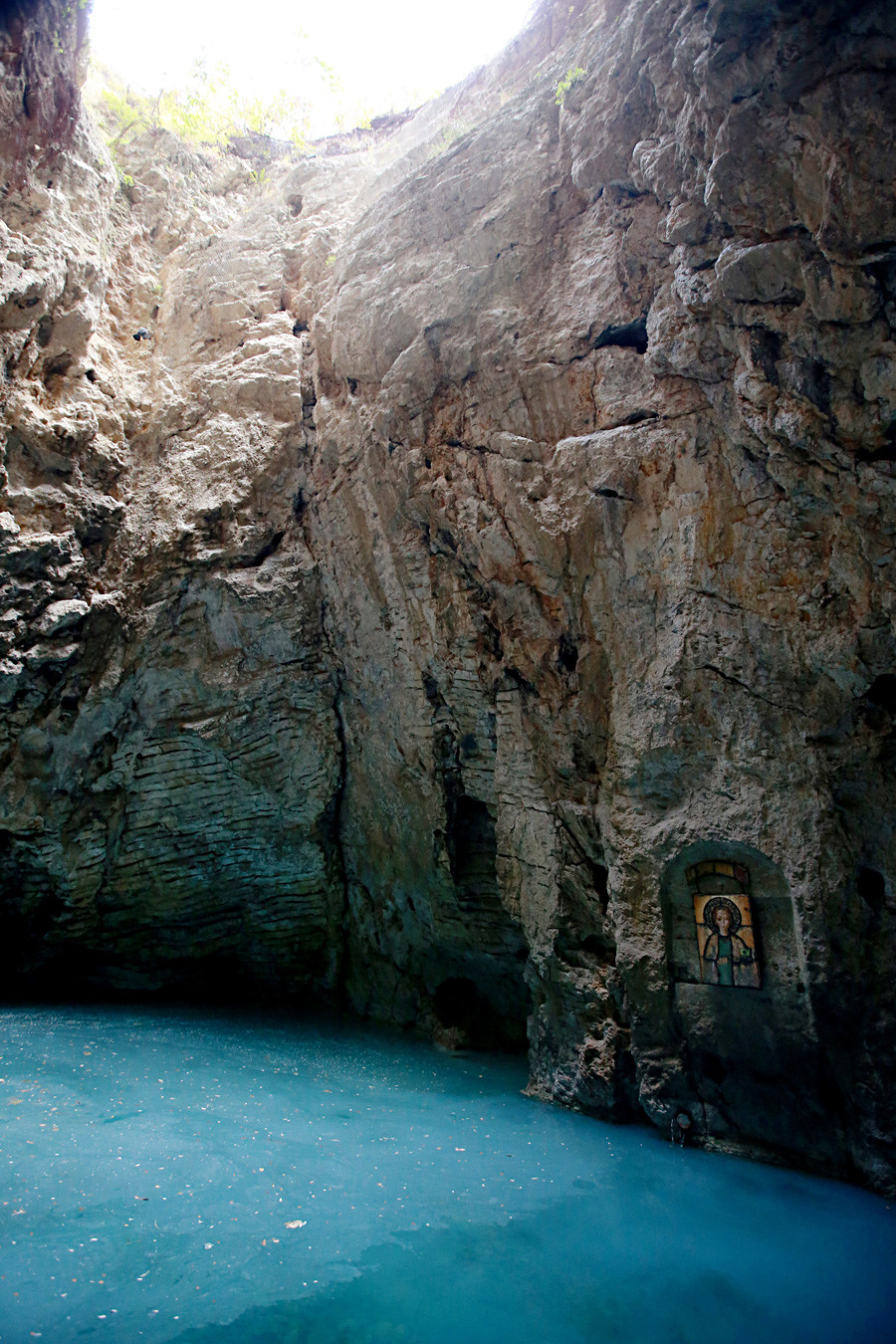 The cave in Pyatigorsk called ‘Proval’ (‘Dip’) was discovered in the 18 century. Even Russian writer Mikhail Lermontov described the evening promenades to this cave as a part of a vacation destination in his novels. “According to the local scientists, this is exactly where the extinct volcano’s crater is,” he wrote in Princess Mary. Inside the cave, there’s a hot turquoise-colored lake which is believed to have magical healing properties.

One of the most amazing places in Kamchatka is the icy cave at the active Mutnovsky Volcano (80 km from Petropavlovsk-Kamchatsky). After its eruptions, there tunnels flooded with meltwater appeared that subsequently turned into icy formations with many different colors. Fantastic! 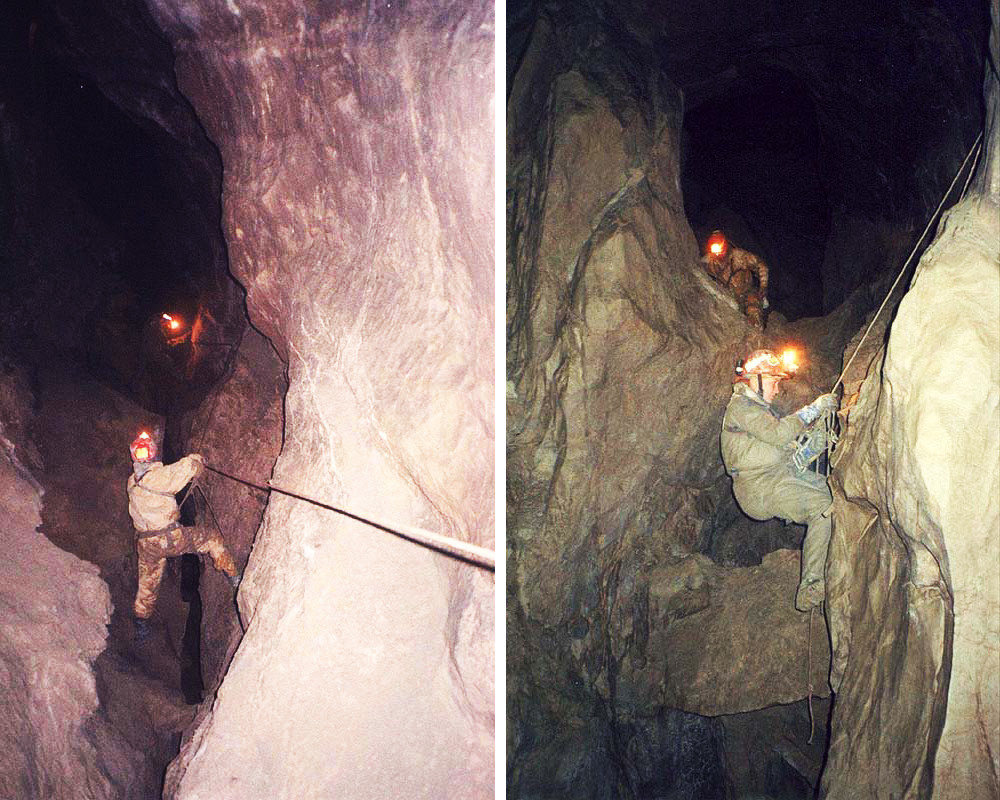 Russia’s deepest cave (about 900 meters) got its name in honor of a Lord of the Rings character. In 1994, when speleologists were descending down the narrow well, they had a feeling they were inside the throat of the fantastic monster, Balrog. The cave is located in the Karachay-Cherkessia Republic.

3. Homeland of the unknown human 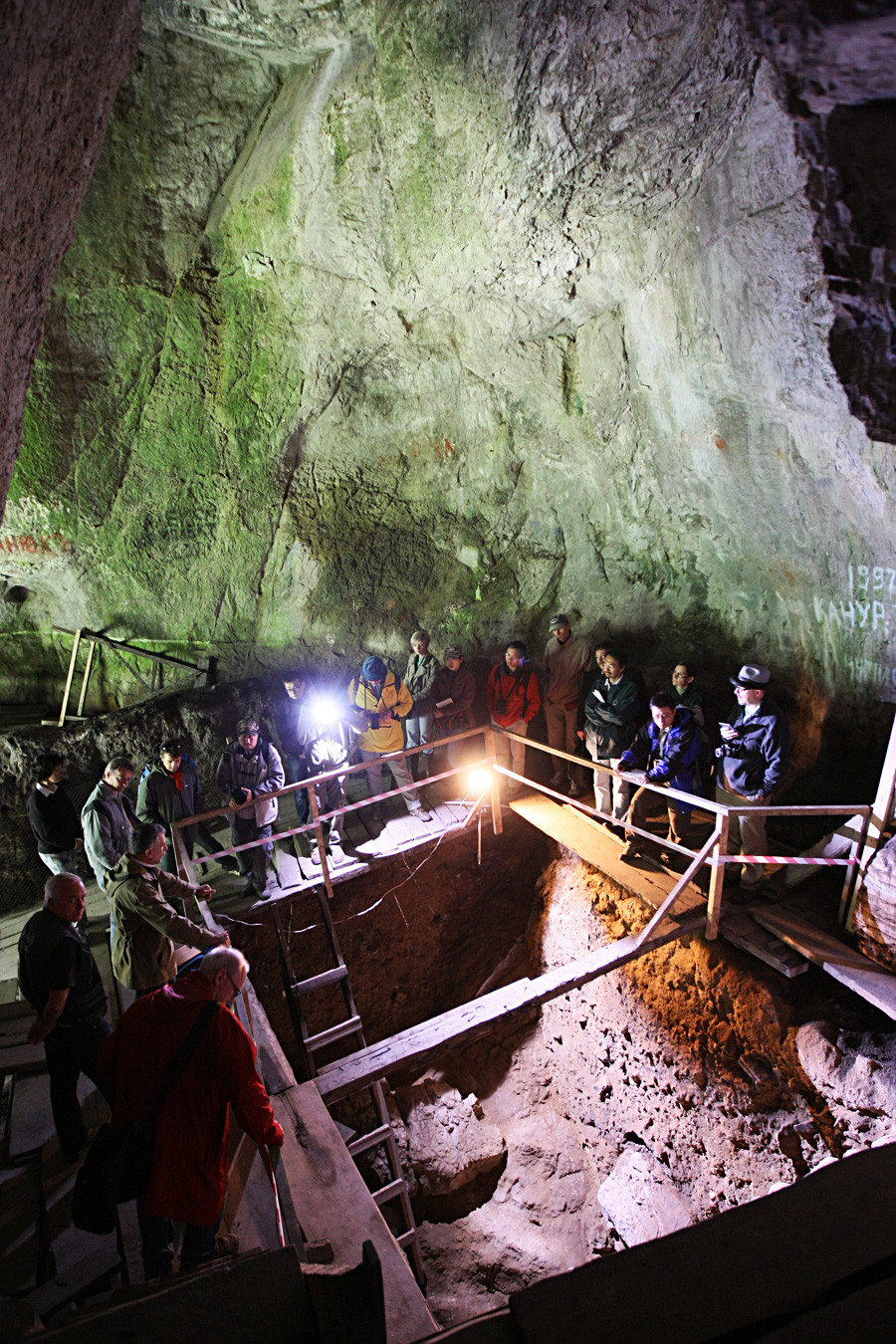 For thousands of years, the Denisova cave in the Altai region (250 km from Biysk) was a shelter for ancient people. One of the most famous artifacts discovered here are the remains of an unknown type of human, who lived here before Homo sapiens, about 50 thousand years ago. Named Denisovan, he was most likely a relative of the Neanderthal. You can find traces of those ancestors yourself – the cave is a popular tourist attraction and you don’t need special equipment to get there! 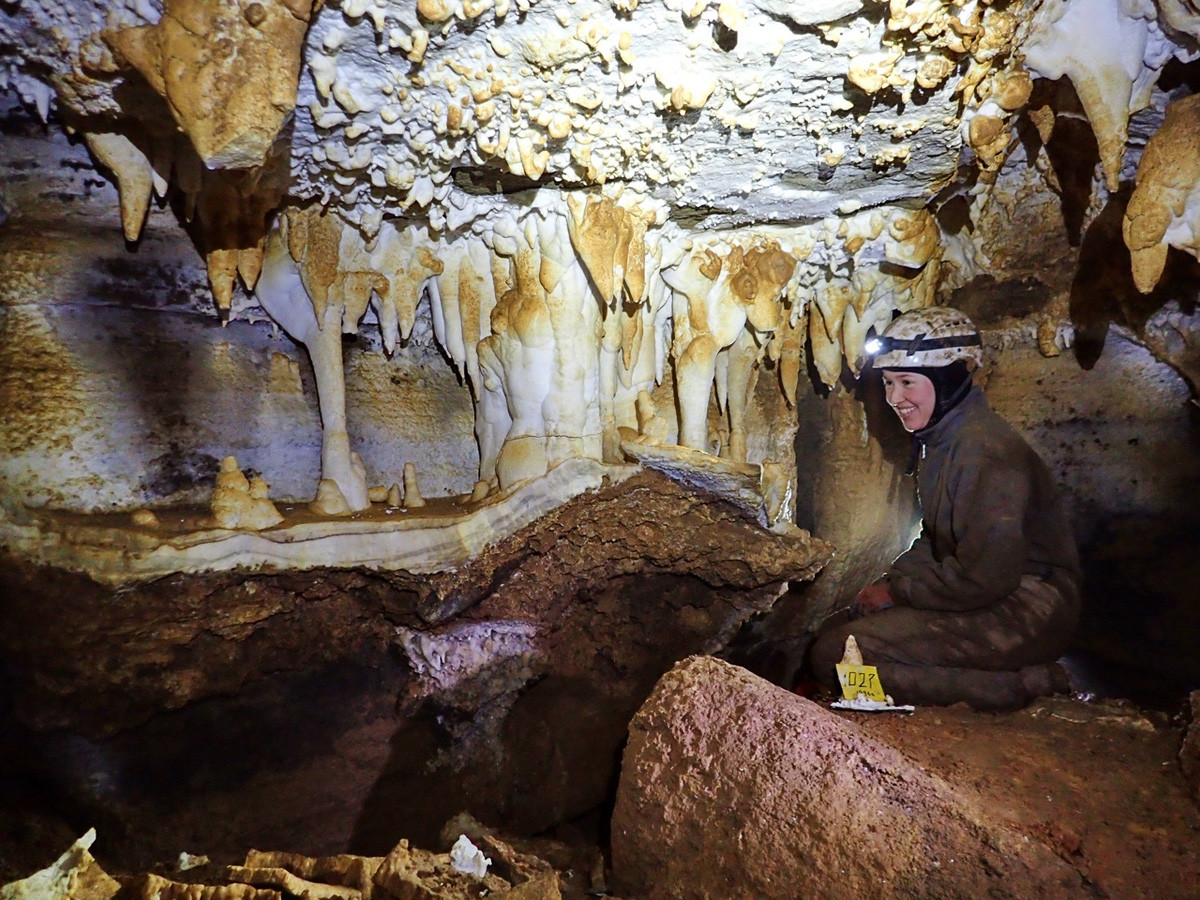 At 62 km, the Botovskaya Cave in the Irkutsk Region is the longest cave in Russia. It was discovered by accident when a hunter followed the trace of a bear and saw its entrance. Inside the cave, there are a lot of long intricate passageways and galleries where only trained tourists can climb.

1. The kingdom of eternal winter 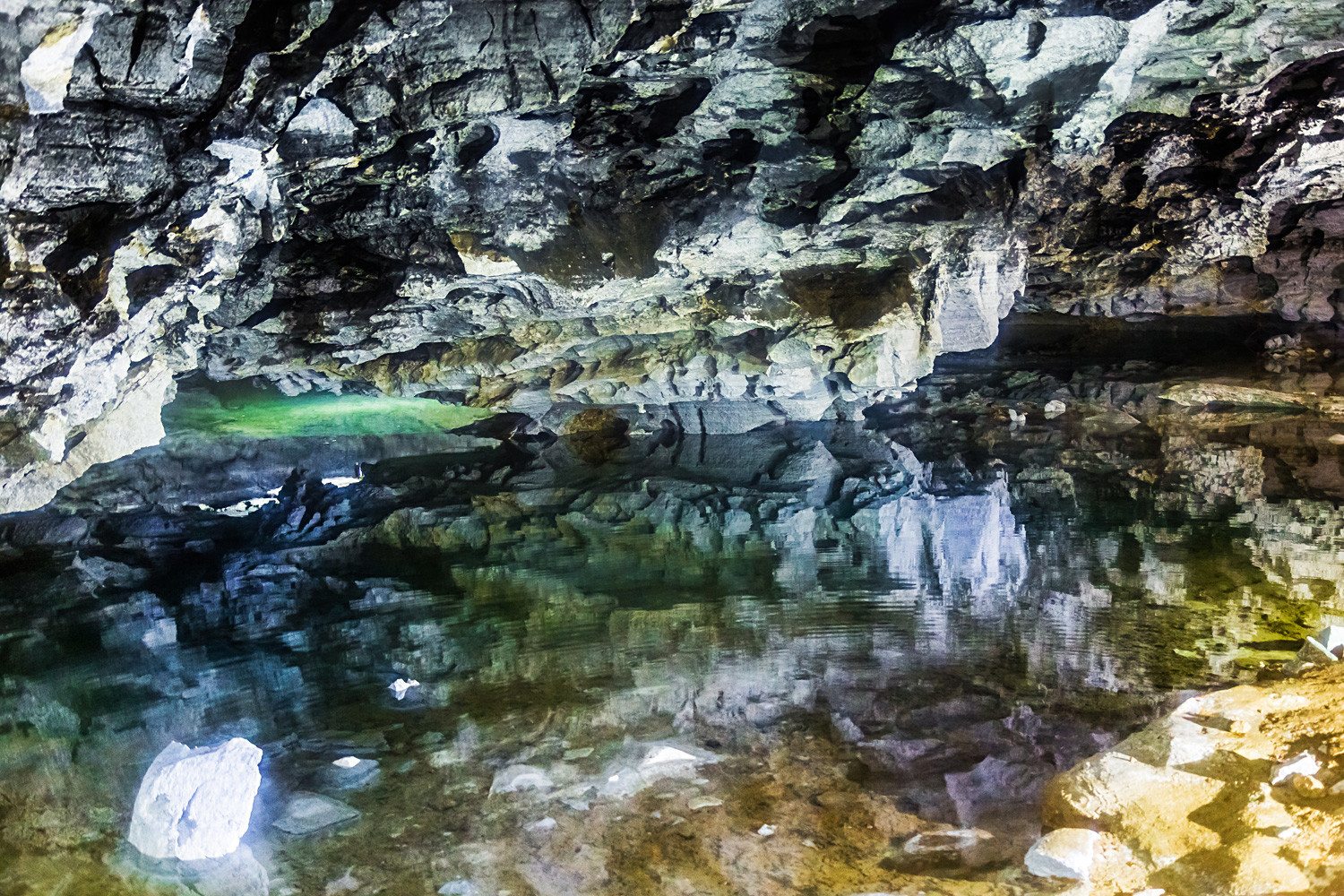 Huge icicle-like formations (stalactites) hanging over your head, eternal glacial blocks beneath your feet and bottomless underground lakes: the freezing treasures of the Urals reside in the Kungur ice cave. This is probably one of the most popular destinations in the Urals and the oldest subterranean attraction in Russia. It’s been known since the 18th century and draws many tourists with its icy beauty that doesn’t even melt in the summer!