What does Russia's biggest land art park look like? (PHOTOS)

Russia's biggest land art festival, Archstoyanie, takes place each summer in Nikola-Lenivets, a village in the Kaluga Region (140 miles southwest of Moscow). For the festival, artists, designers and architects from Russia and abroad create monumental art pieces that are scattered over an area of 300 hectares in the midst of a traditional Russian landscape. 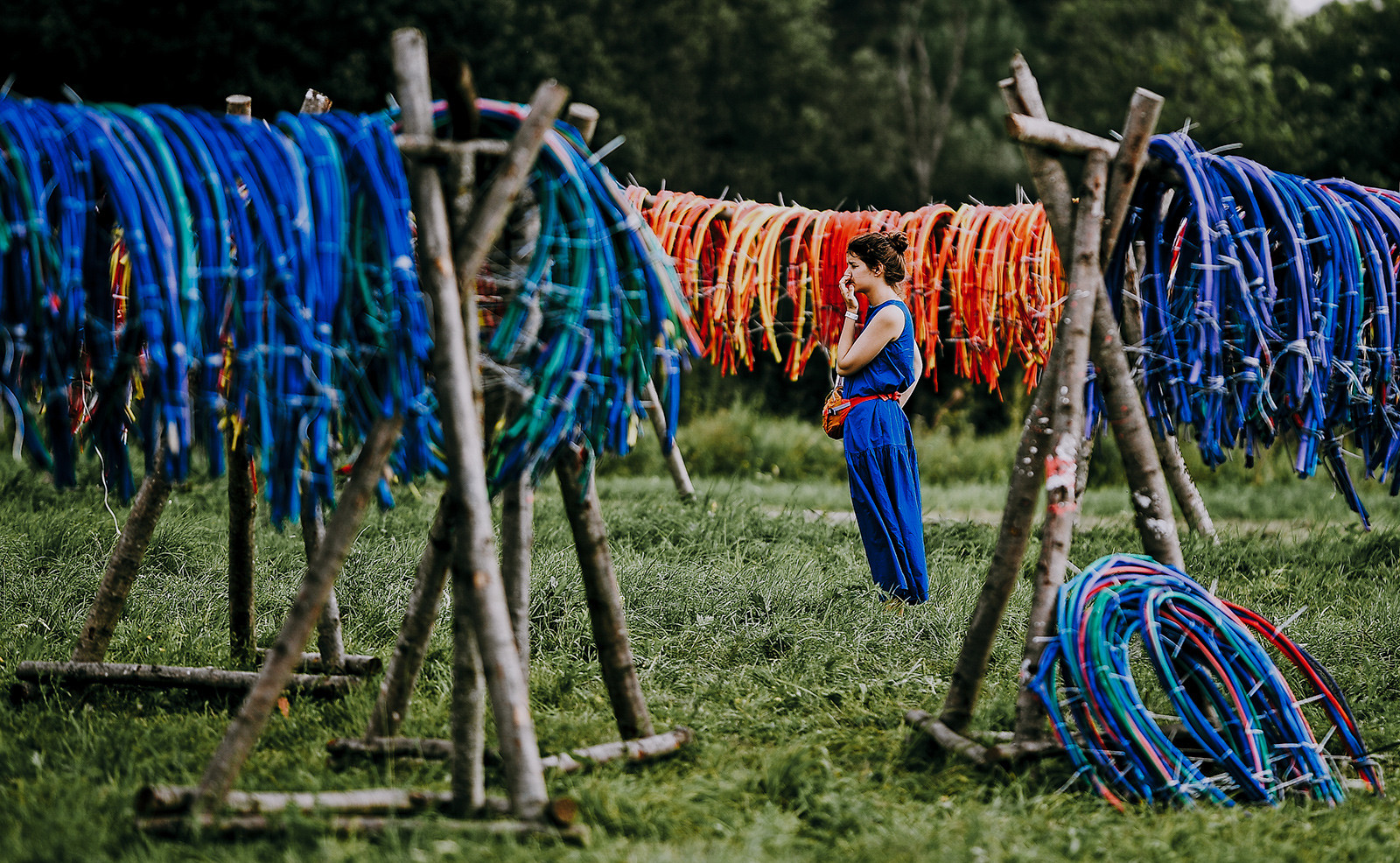 The hit of this year's festival is an installation called Ugrouena that is made from vine painted in different colors and strung on 28 piles that are 12 meters tall. The name is a combination of the words Ugra (the name of the river running through the village) and Rouen (the French city whose cathedral was featured so prominently in Claude Monet's works).

“From the combination of colors that Claude Monet invented, from pixels, from these small vines, we create an artwork almost the size of the Rouen Cathedral,” says Nikolay Polissky, the mastermind behind the festival and the author of Ugrouena, which pays homage to the star object in Monet’s famous series of works. 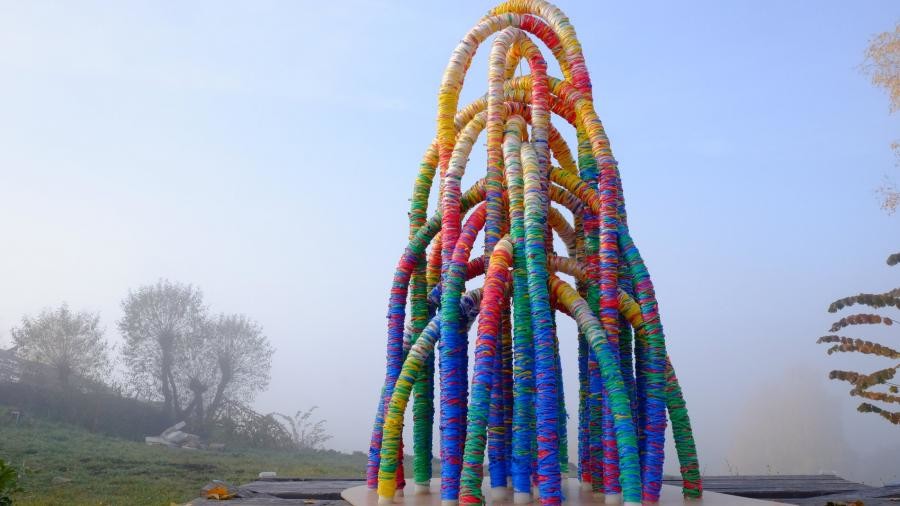 The vine used in the installation was collected from local marshes nearby. It was cleaned, twisted with wire, boiled in the oven, spun and soaked in an antiseptic for 24 hours to prevent it from rotting. The idea is that a person standing under the installation’s “arches” feels as if they have found themselves inside the picture, as it were.

Here is a guide to other must-see works of art in the park. 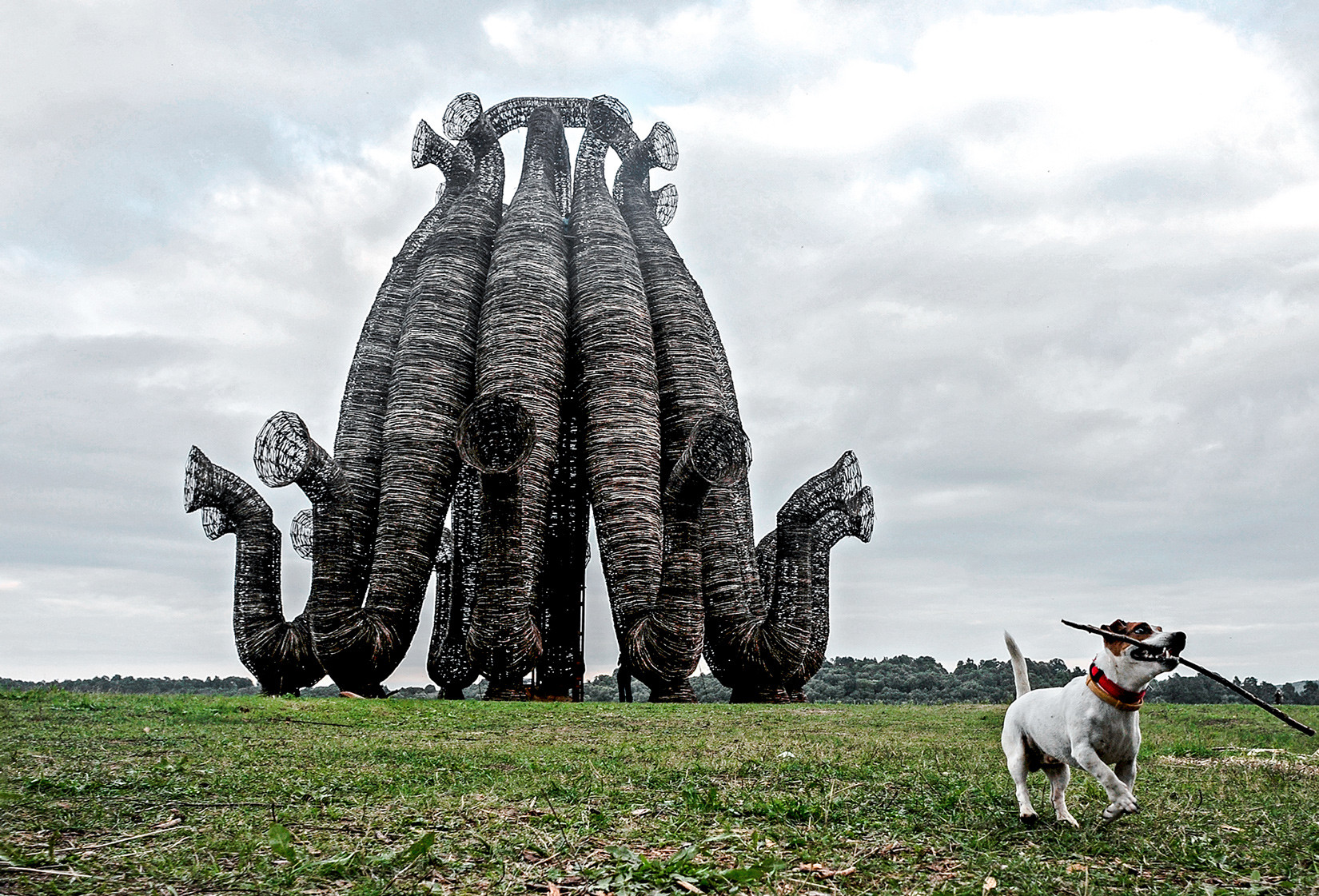 One of the park’s most famous artworks is an installation called Beaubourg (a reference to the Pompidou Centre in Paris, a.k.a. Beaubourg). Standing 22 meters tall, its height is comparable to a seven-story building. On the top, there is an observation deck that offers views over all of Nikola-Lenivets. Once inside the installation, viewers get the feeling that all its “pipes” are in constant motion. 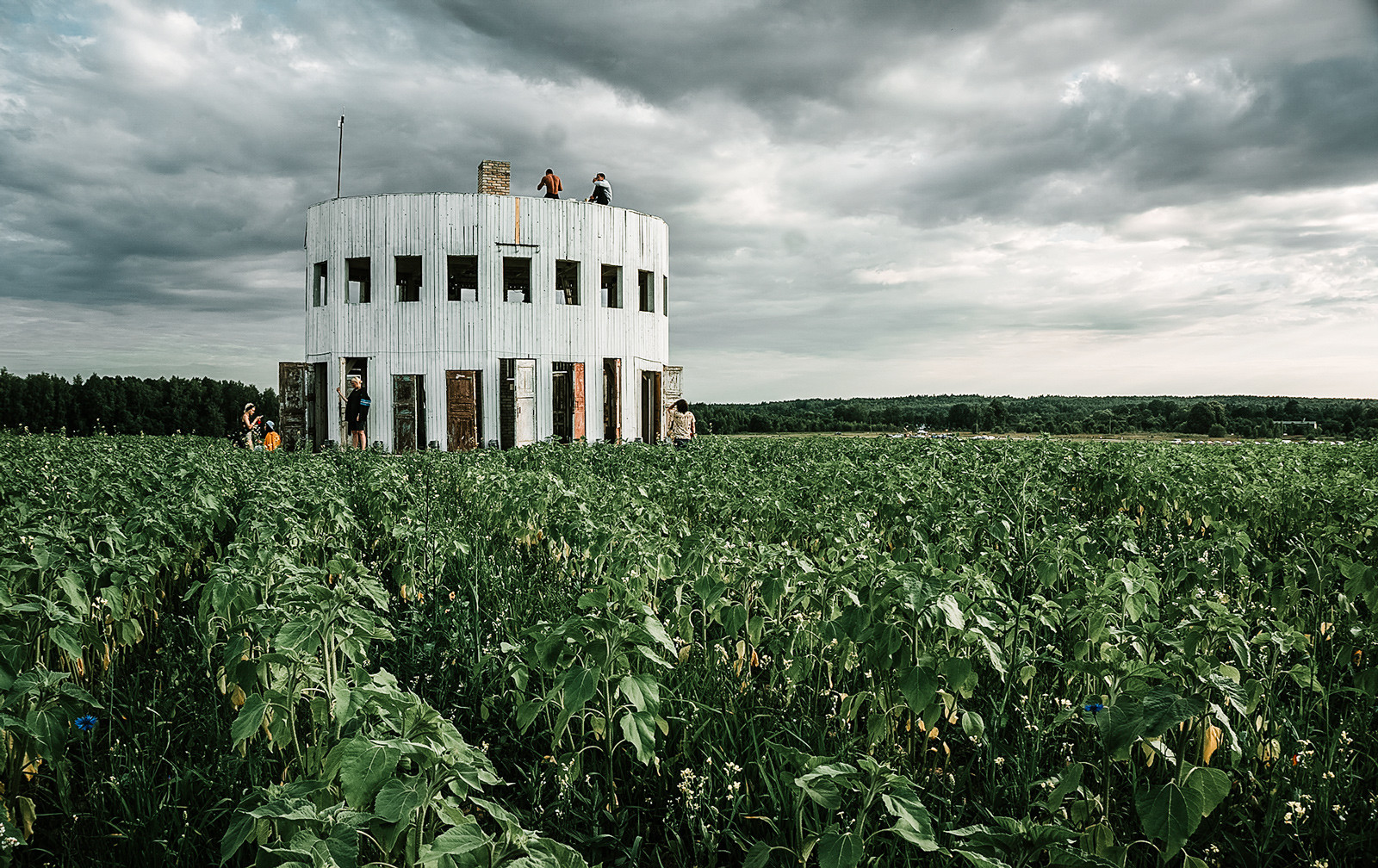 This small round wooden house in the middle of a field was built on the highest point in the village in 2009. On the ground floor, the perimeter of the house consists of 21 old wooden doors with a fireplace in the center. The doors are constantly opened and closed by visitors to the Rotunda, thus creating the impression that the house is "talking." There is also a staircase leading up to a flat roof. 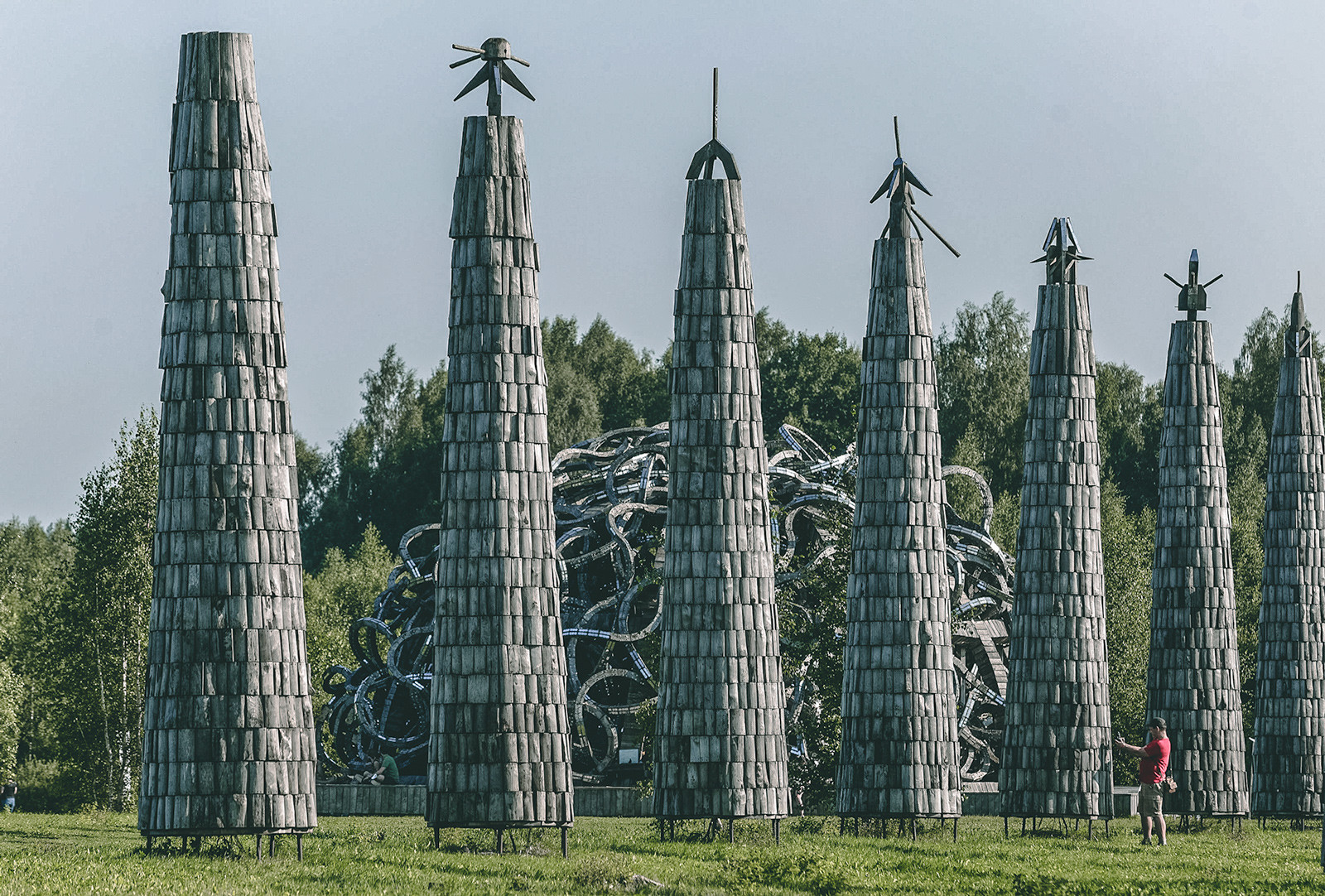 If one were to look for universal intelligence anywhere, this feels like the right place to start. This huge wooden brain, 14 meters in diameter and surrounded by a fancy colonnade, is an ironic project inspired by pseudoscientific TV shows. “I heard in one program that a giant computer was being built, which was going to analyze all the information from humanity and sell ideas,” Polissky says. 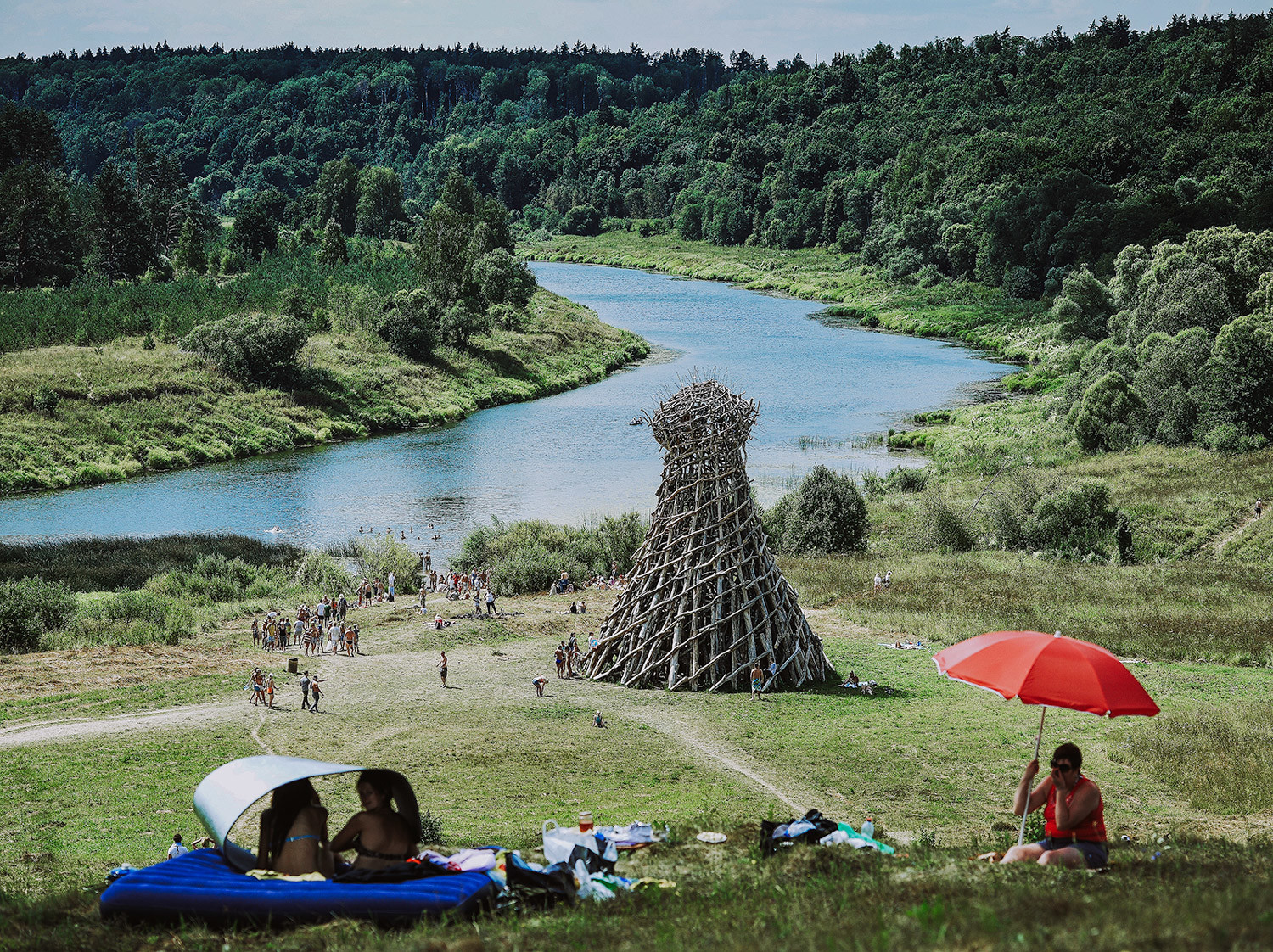 The 18-meter-tall Lighthouse was assembled over the course of three months without a single nail and stands next to the Trinity Church on the bend of the Ugra River. “We made the lighthouse for one simple reason: What else is one to build by the river? There were dead trees standing here, and we made the lighthouse out of them,” Polissky explains. 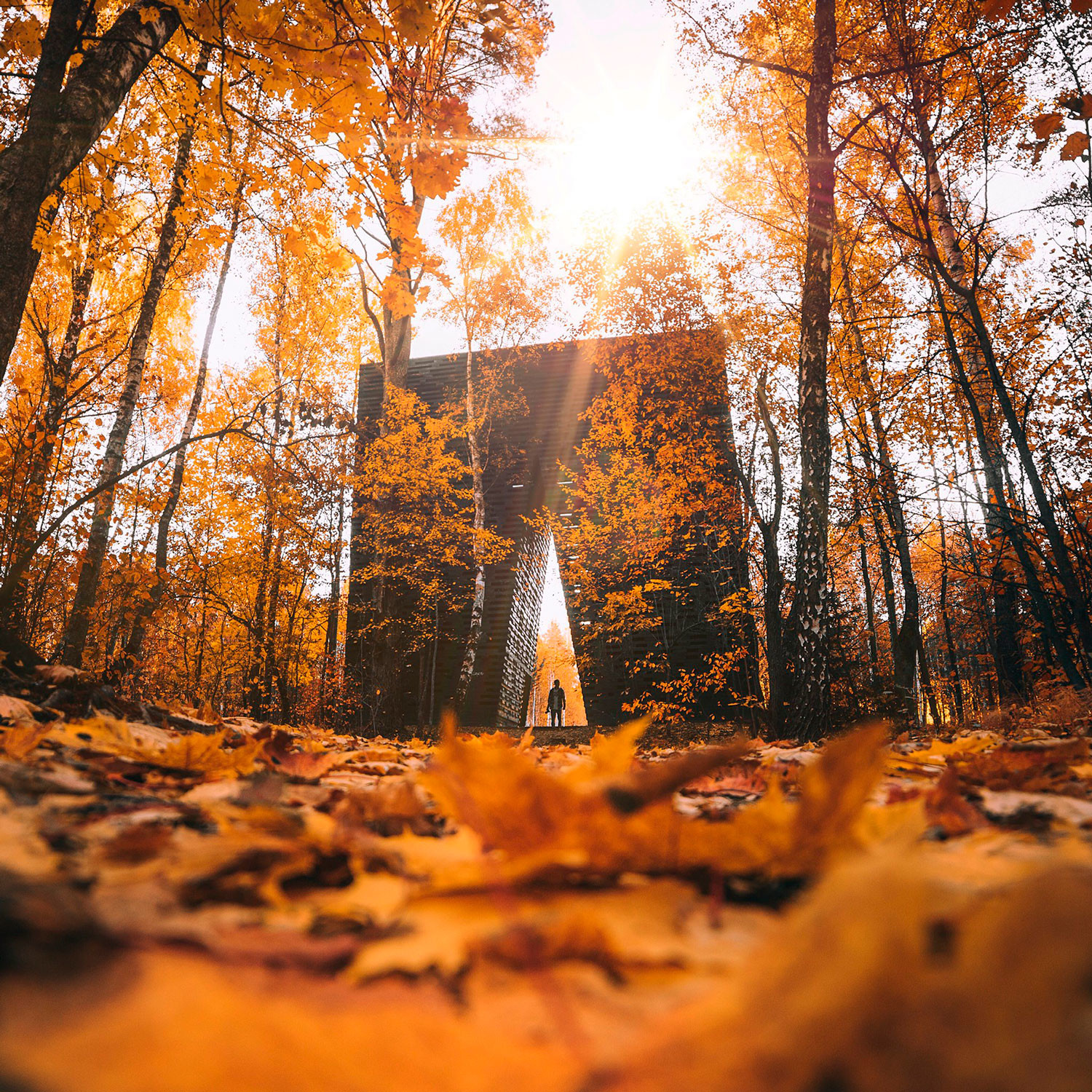 This installation in the form of an arch resembles a portal standing on the border of a field and a forest. You can get inside it, climb the arch up or go down to find “an artist's room” that houses an installation each year.

The place and the people 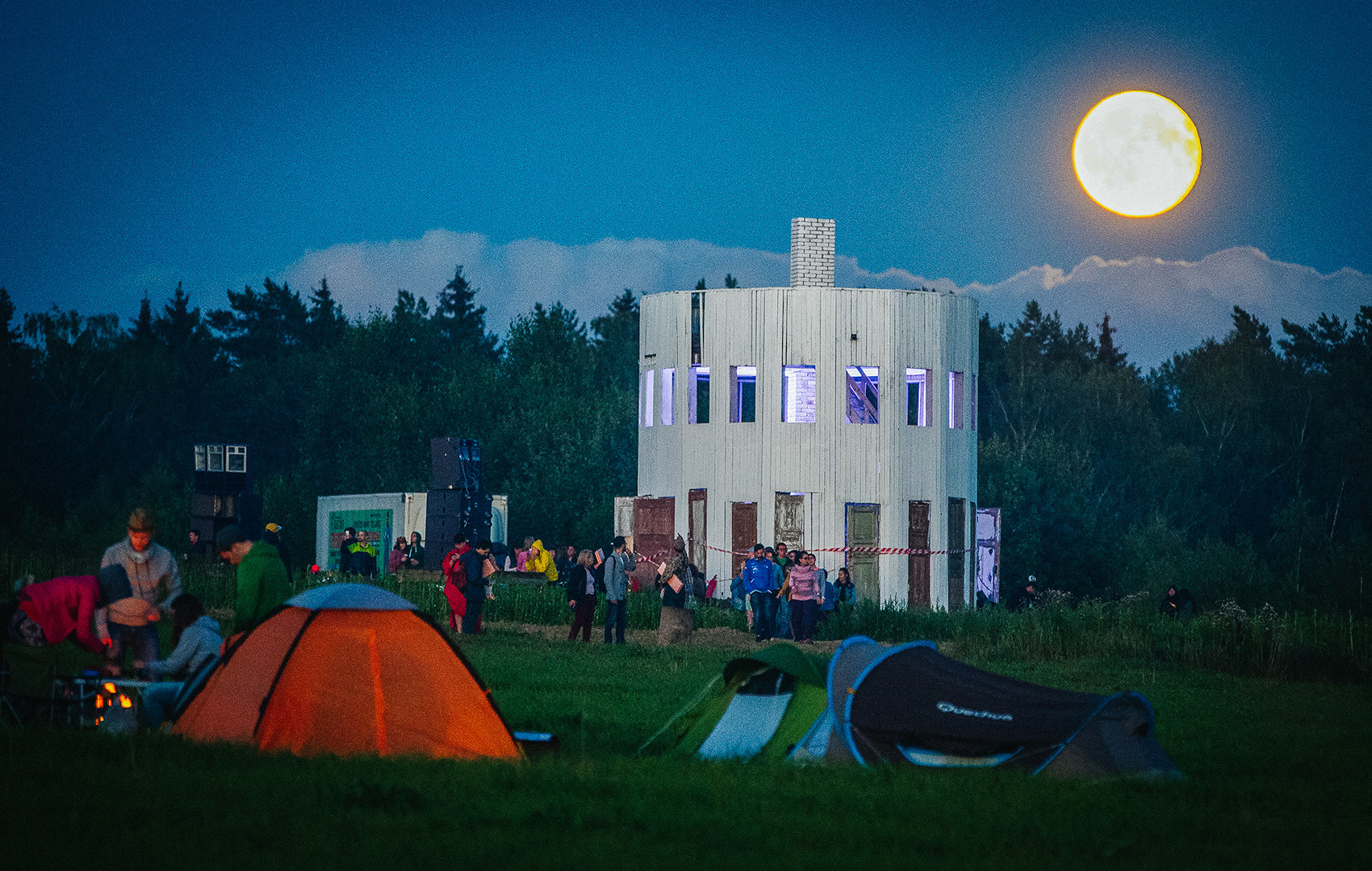 Thousands of people come to Nikola-Lenivets each year. The art park is located around a tiny village on the territory of the Ugra National Park. Visitors are recommended to bring a tent (since hotel accommodation might be all booked up) and a bicycle because the park covers a huge territory and even several days might not be enough to cover it all on foot.

Find out more here about how to get there, where to stay and what to bring with you.