Why is the Moscow Metro so fast and efficient? 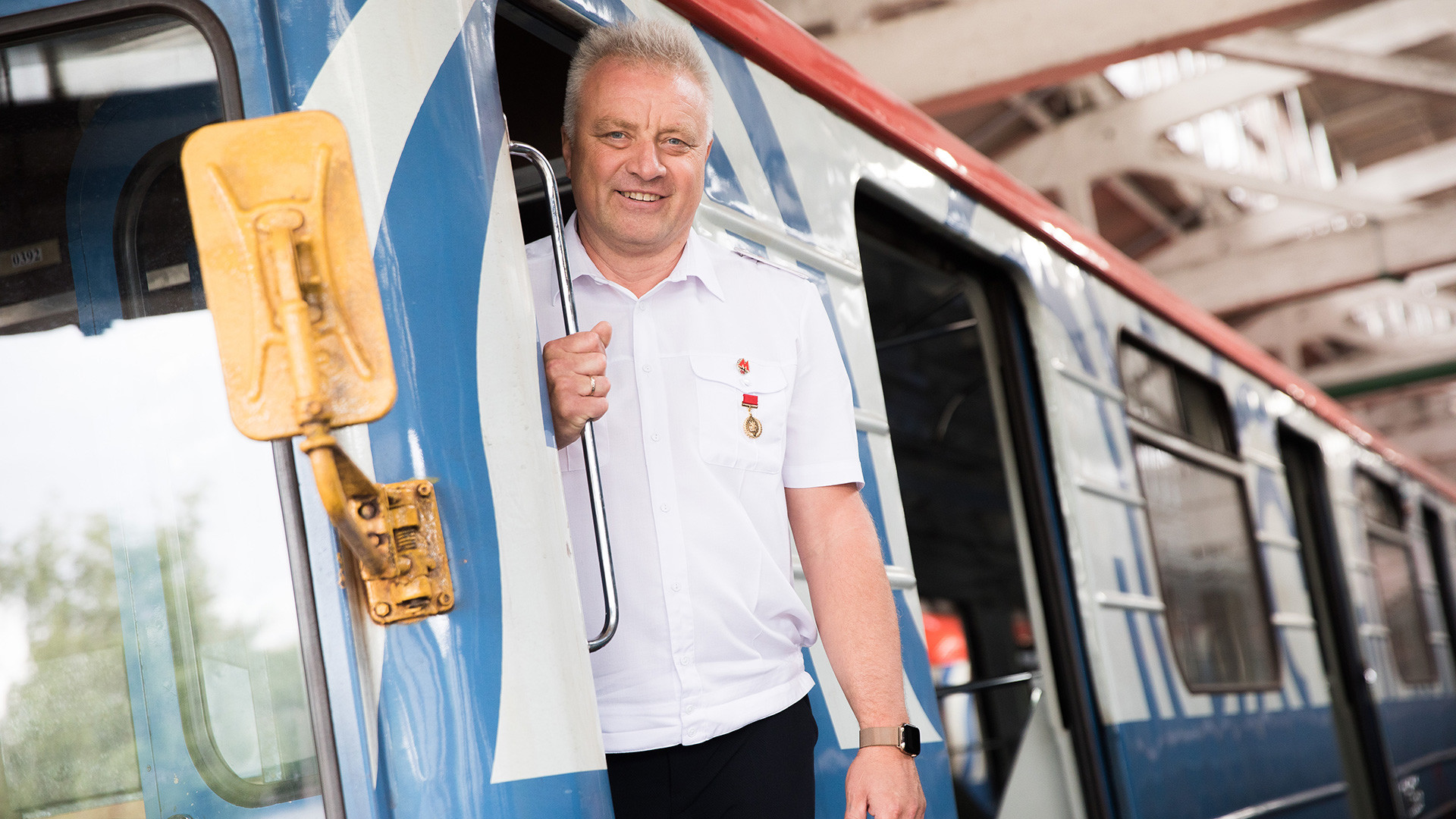 Mikhail Pochuev
How does the fastest and most reliable public transport in Moscow work? What happens on the metro at night? And how much do metro drivers earn? Find out in our latest investigative report!

The Moscow Metro is considered one of the most beautiful in the world. Its original stations, decorated with marble and stucco, can be easily mistaken for a wing inside an imperial palace. But Muscovites love the metro not only for its beauty: it’s the most reliable and safe way to get around the city. In the morning and evening, when buses and cars are stuck in traffic jams, millions of passengers go underground to reach their destinations safely and on time.

How long is the interval between trains? 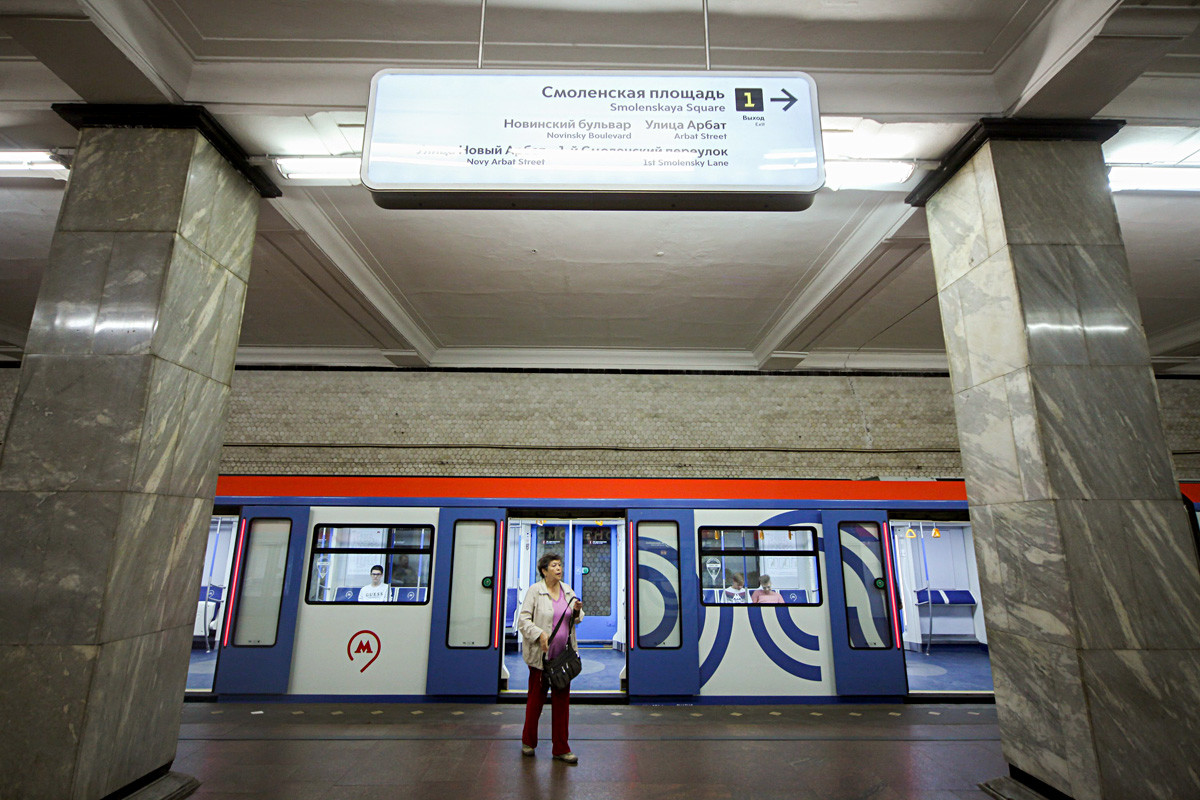 The Moscow Metro is used, on average, by some 8.5 million passengers a day. During rush hour, which, like most cities, occurs in the morning and evening, trains run at intervals of 90 seconds. During the day, the interval between trains is about 3 minutes. There is, however, one line where trains are slightly less frequent: it is the section on the Filyovskaya (light blue) line from Aleksandrovsky Sad station to the Mezhdunarodnaya stations (where Moscow City is located). But that’s simply because it attracts fewer passengers.

Incidentally, during the day, you sometimes can see out-of-service trains, too. They slow down at stations but do not open their doors. Most often, these are trains that are being moved to another depot, for example, for repair or painting. There are also service trains with track geometry cars. For example, one such train, called Synergy, runs on the Arbatsko-Pokrovskaya (dark blue) and Filyovskaya (light blue) lines. It assesses the condition of the tracks, tunnels and equipment.

When does the metro close? 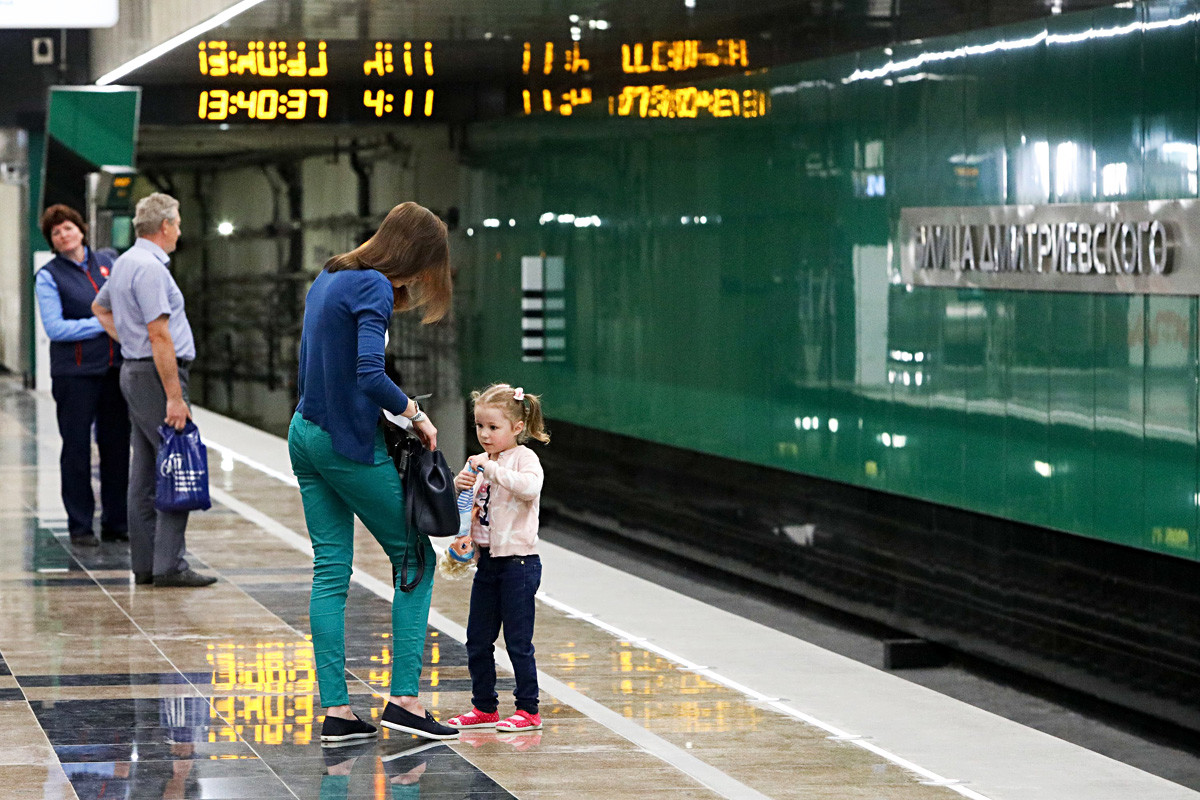 Most metro stations are open from 5:30 a.m. to 1 a.m. Some stations, like Sokol and Aeroport (Zamoskvoretskaya line; dark green), open at 5:20 a.m. On all the lines, the last trains leave from their starting stations at 1:03 a.m.. Thus, the metro can carry late passengers until 2:00 a.m..

Why does the clock above the platform show the time when the previous train departed?

If you have ever been on the Moscow Metro, you’ll have probably noticed huge electronic clocks above the entrance to the tunnel at every station. They show Moscow time and the time when the latest train departed. Many people wonder what these clocks are for. The answer is simple. These clocks are not for passengers, but for drivers. They’re called interval timers. 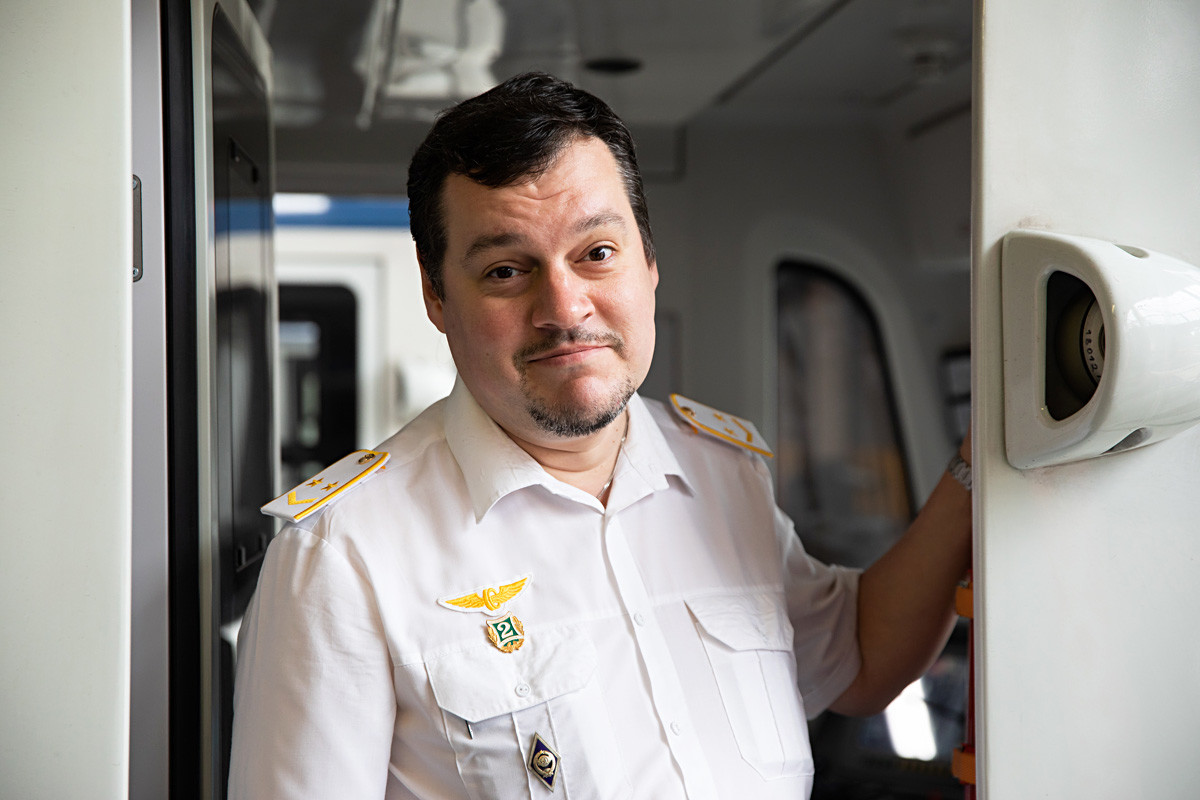 “Generally speaking, all trains follow a strict schedule, but during rush hour, when the schedule may be slightly broken, the train departure is determined according to these clocks,” metro driver Anton Khlynin explains. “When the train leaves, the clock is reset.”

As for clocks showing the time remaining BEFORE the arrival of the next train, these have only been installed recently and are not available on all lines yet.

Why do trains sometimes stop in the tunnels? 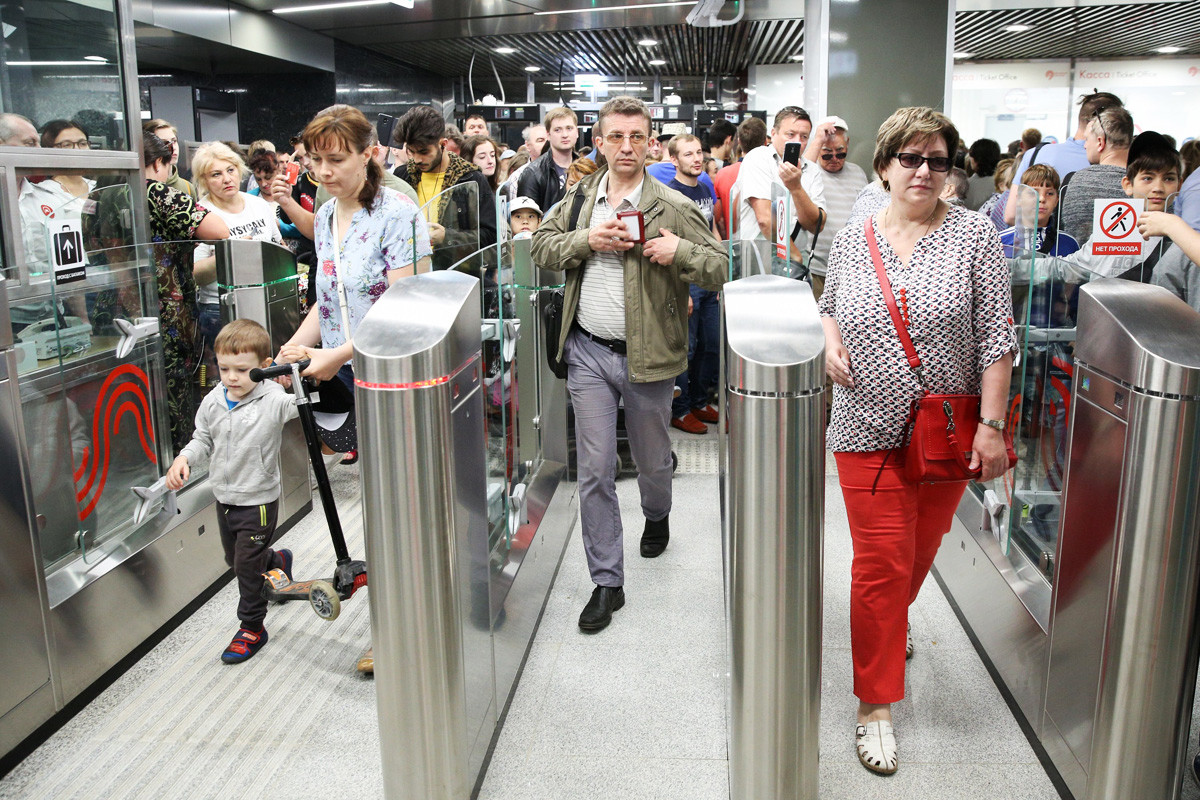 In the morning and evening, when there are a lot of passengers, trains may stop in the tunnel, waiting in a queue. “There are up to 24 trains on a line at the same time, and if the train ahead has fallen behind schedule, all the trains behind it also have to stop,” explains Vadim Kalugin, a metro driver. 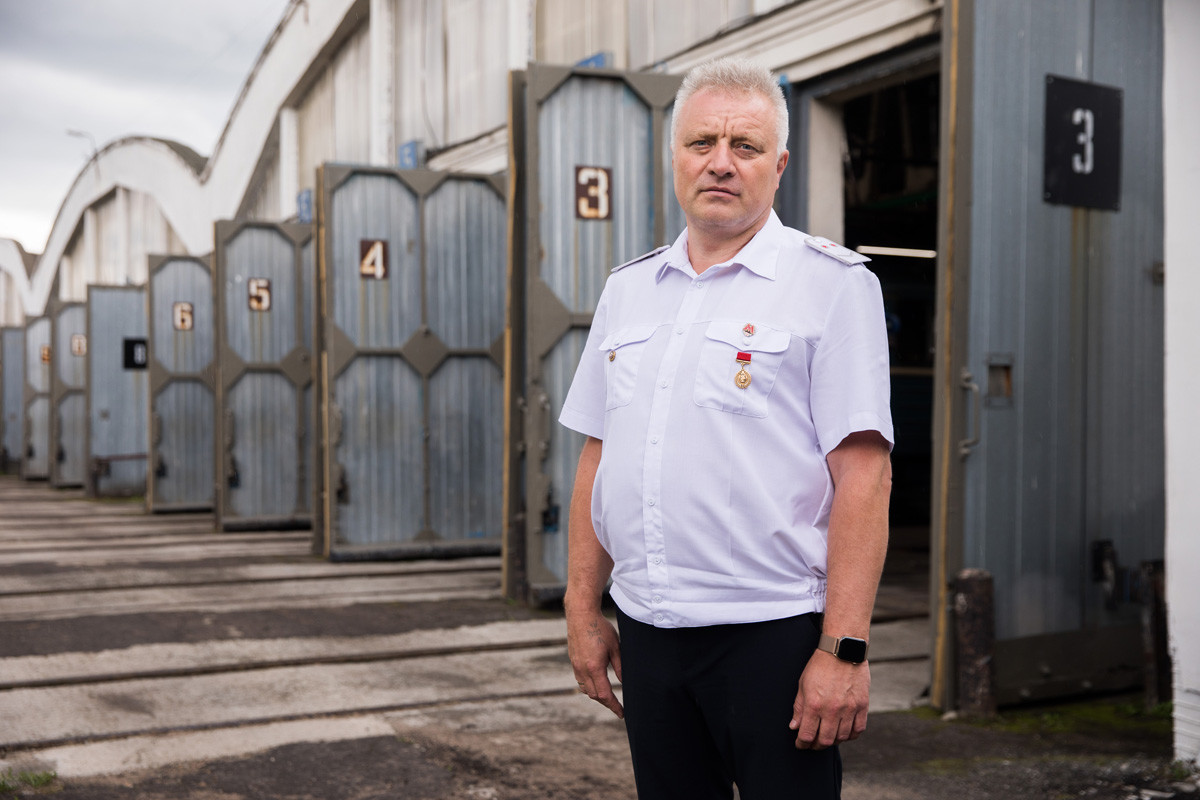 Drivers are always ready for an emergency, he says. For example, often passengers try to jump on the train at the very last moment, when the doors are already closing, so the driver has no choice but to open them again, thus delaying the train.

What happens on the metro at night? 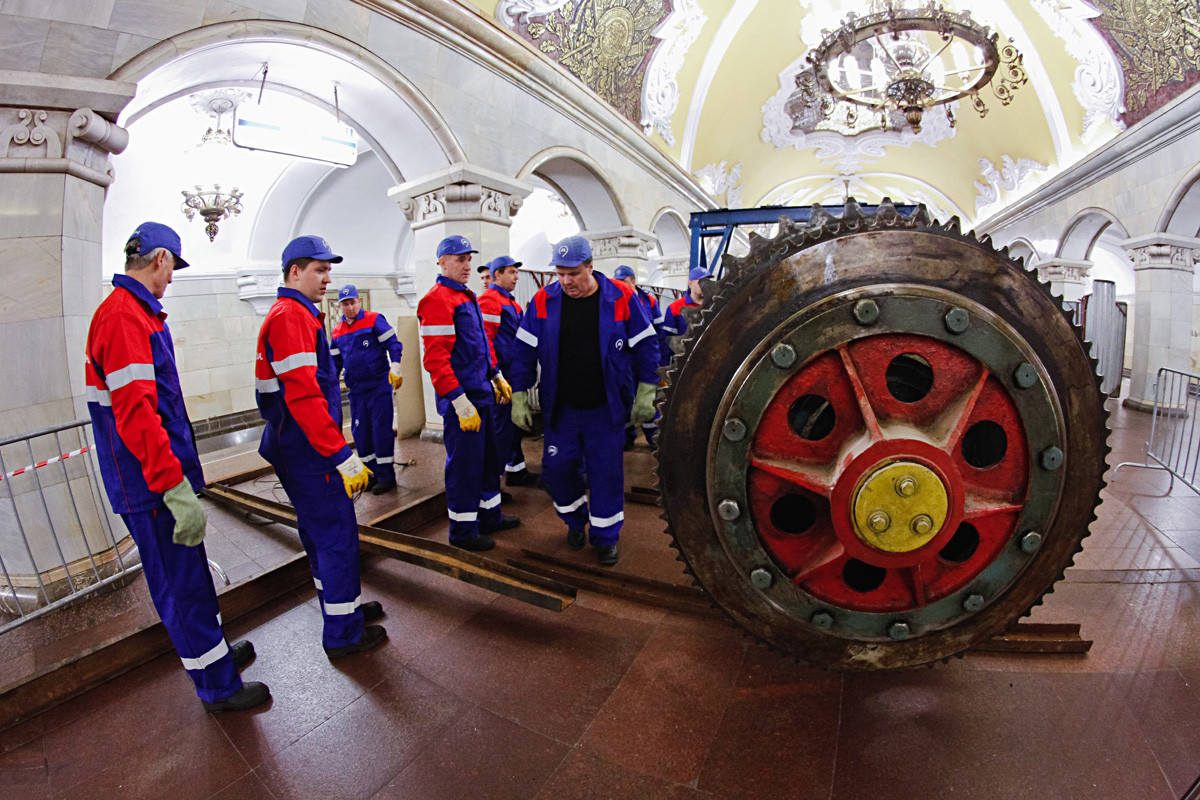 “Many think that the metro closes at one in the morning, the security guard hangs a padlock on the door and goes home,” says Anton Khlynin. “But in fact, the metro works around the clock.” At night, trains are left either in depots or at the stations. Drivers then have a break for a little sleep, 2-3 hours, in the common room. “Drivers' night shifts begin in the evening, the last ride finishes at 2.30 in the morning, and we sleep in the common room until 5 in the morning,” explains Worku Bedasso, another metro driver. “There is always somebody on duty: they take a cup of tea and a bun, and go to work. The body gets used to this timetable, you even wake up without an alarm clock.” 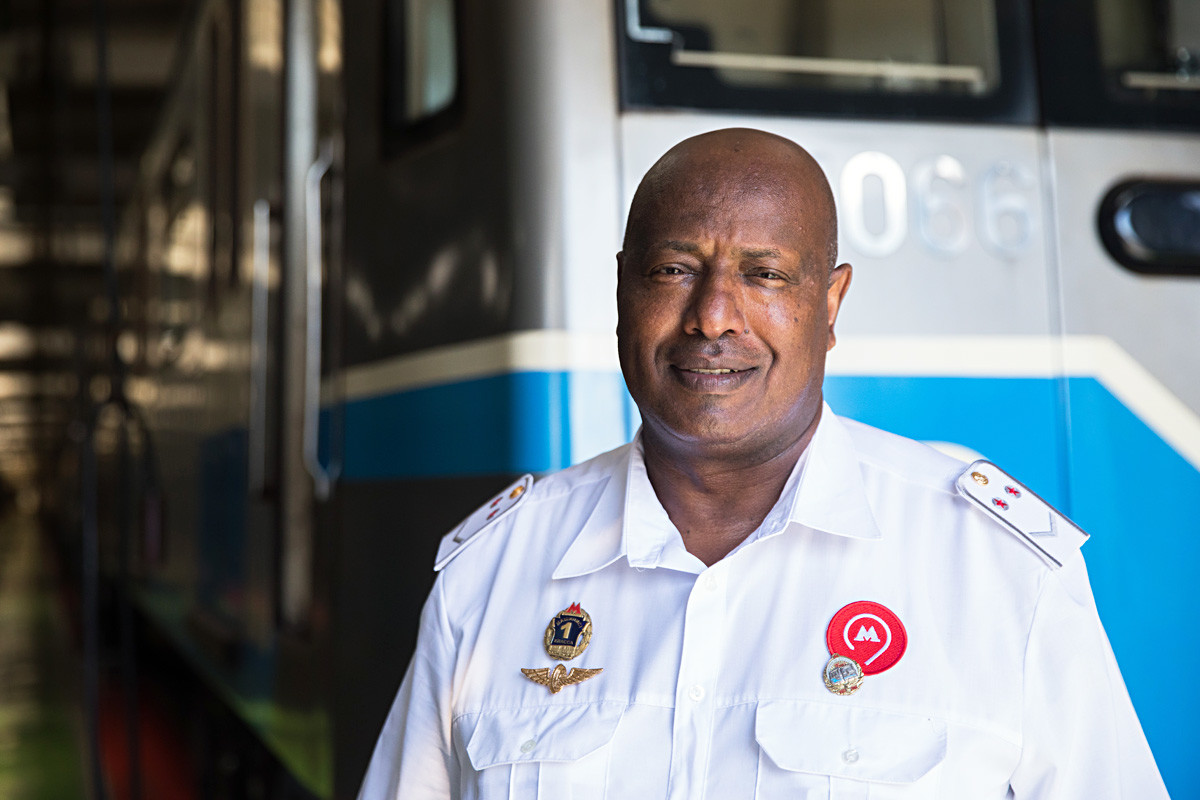 When the trains are not running, repair specialists are working on the lines. They check the trains and inspect the tracks. At the same time, the stations are washed and cleaned. At five in the morning, drivers come back and get ready to transport passengers until the new shift arrives at about half past six in the morning.

How much do metro drivers earn? 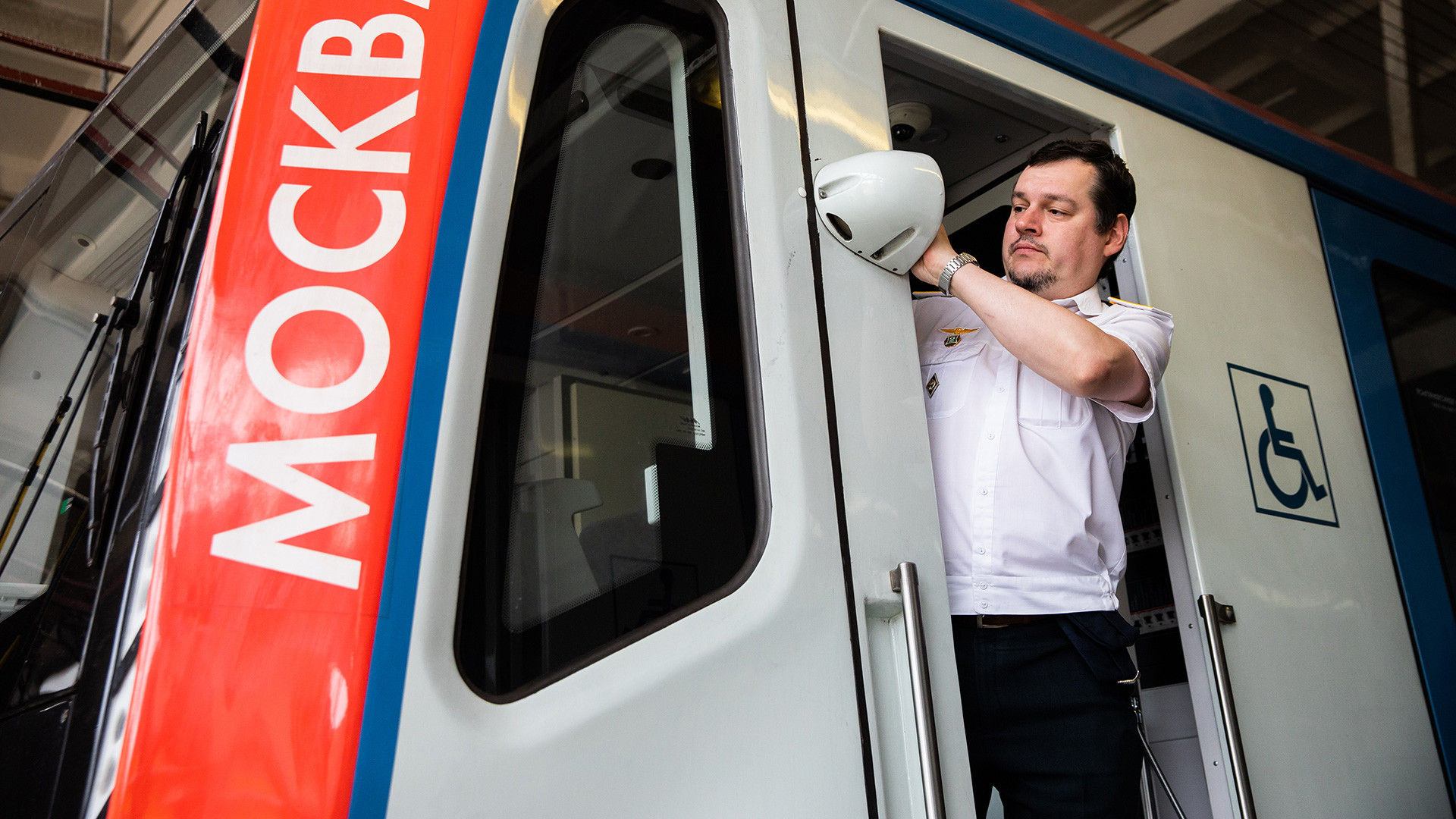 To drive an electric train, you need to have complete self-control and the ability to react quickly in extreme situations. That is why the salary of a metro driver is much higher than the Moscow average. While a future driver is training, he receives an allowance of 30,000 rubles ($500) for six and a half months. Then he has a three-month internship with an experienced mentor, after which the trainee becomes a driver’s assistant. “Many do not finish the training, it is only the most persistent who remain,” says Vadim Kalugin.