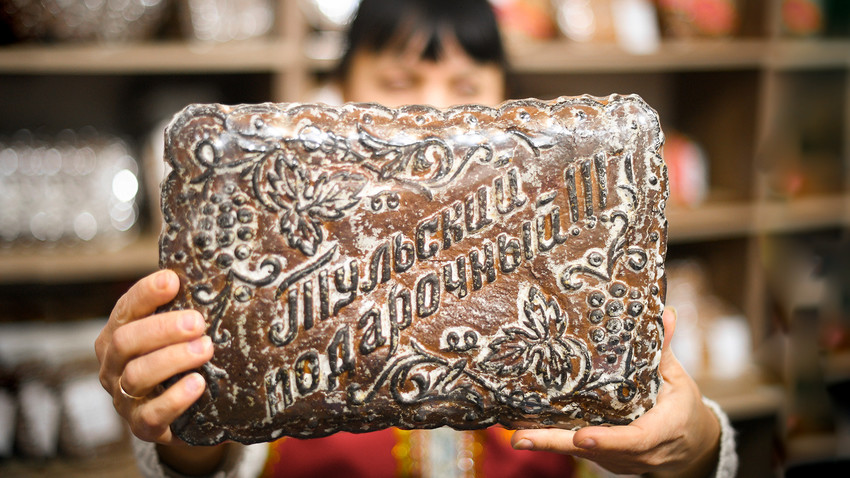 Ramil Sitdikov/Sputnik
We highlight the Russian culinary hits that you won't find back home. Good news: No need to hunt far and wide, they’re all available in any Russian supermarket. 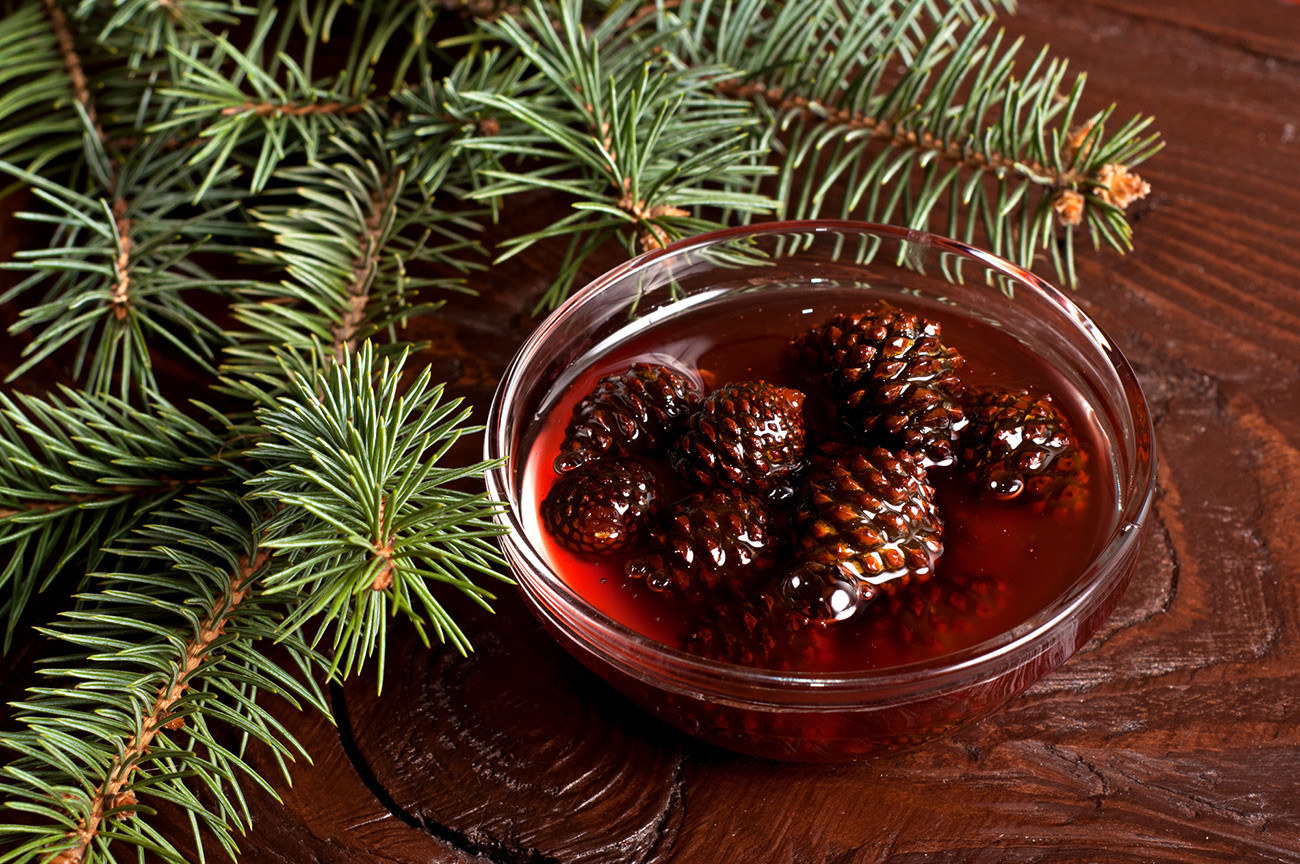 Russia is home to lots of jam varieties, some of which you’ve probably never heard of, but the most “exotic” is perhaps made from young pine cones. Green cones are gathered in the spring and usually eaten in the fall and winter as a remedy against chronic fatigue, sore throat, chest cold, and lack of sleep. Jam (varenye in Russian) can be bought at almost any large supermarket. A pot from Azbuka Vkusa (Alphabet of Taste) costs 298 rubles ($4.60). 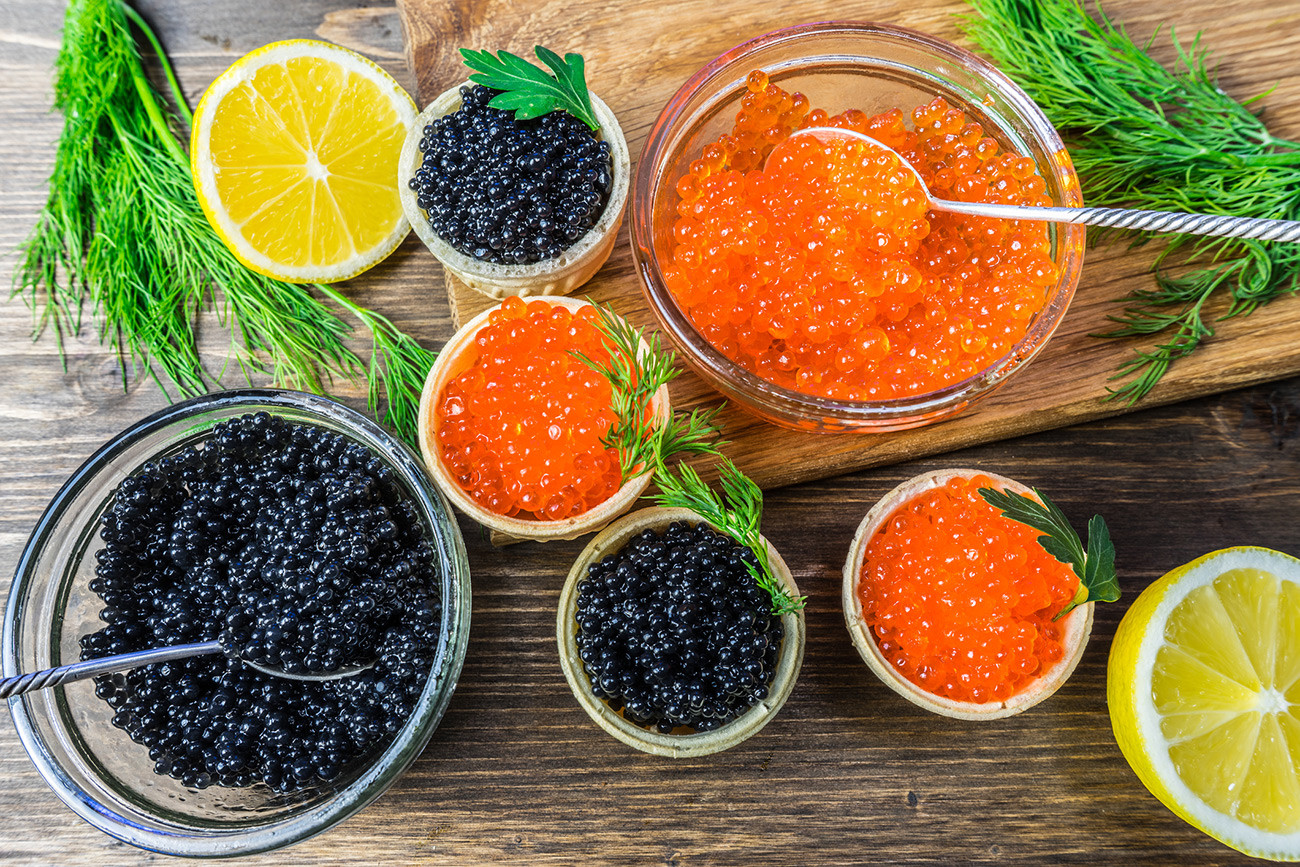 One of the most popular delicacies in Russia. Red and black caviar are both a lot cheaper here than, say, in Europe (especially if bought in the Russian Far East), and sold in all supermarkets. But there’s a but. Only a very limited quantity can be taken out of the country — and only with the right documentation (certificate, sales receipt, declaration, and other paperwork). For red caviar the limit is 5 kg, while for black it’s a mere 250 g. Without documents, customs control views it as smuggling.

Probably the easiest option is to buy caviar in duty free, where the packaging won’t be inspected and there’ll be less bureaucracy. But if you have the time and patience, go to a Russian supermarket, call the manager, and ask for some “caviar documents.”

The third option is to go to a specialized caviar store that’s used to dealing with tourists and will handle all the red (and black) tape. 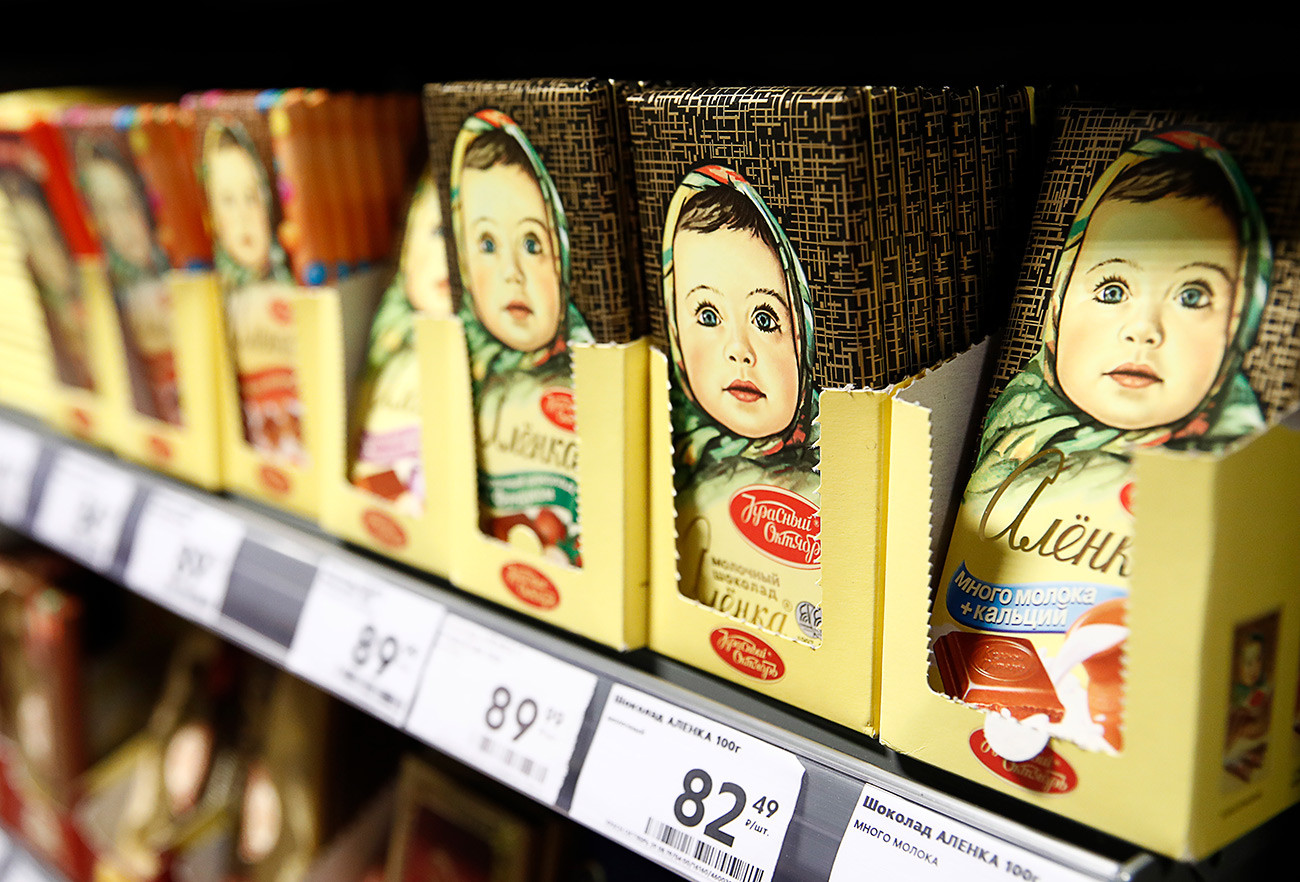 The Alenka chocolate bar is a Russian symbol. It even has its own brand shops (with the same name) that sell other famous Russian sweets as well, including Mishka Kosolapiy (Bowlegged Bear), Maska (Mask), Lastochka (Swallow), Belochka (Squirrel), Zolotoy Klyuchik (Golden Spring), and Kedrovy Grilyazh (Roasted Cedar). These candies are a taste of childhood for anyone from a post-Soviet country. It goes without saying that Russian chocolate is available from any supermarket. At Pyaterochka, a bar costs 79 rubles ($1.20). 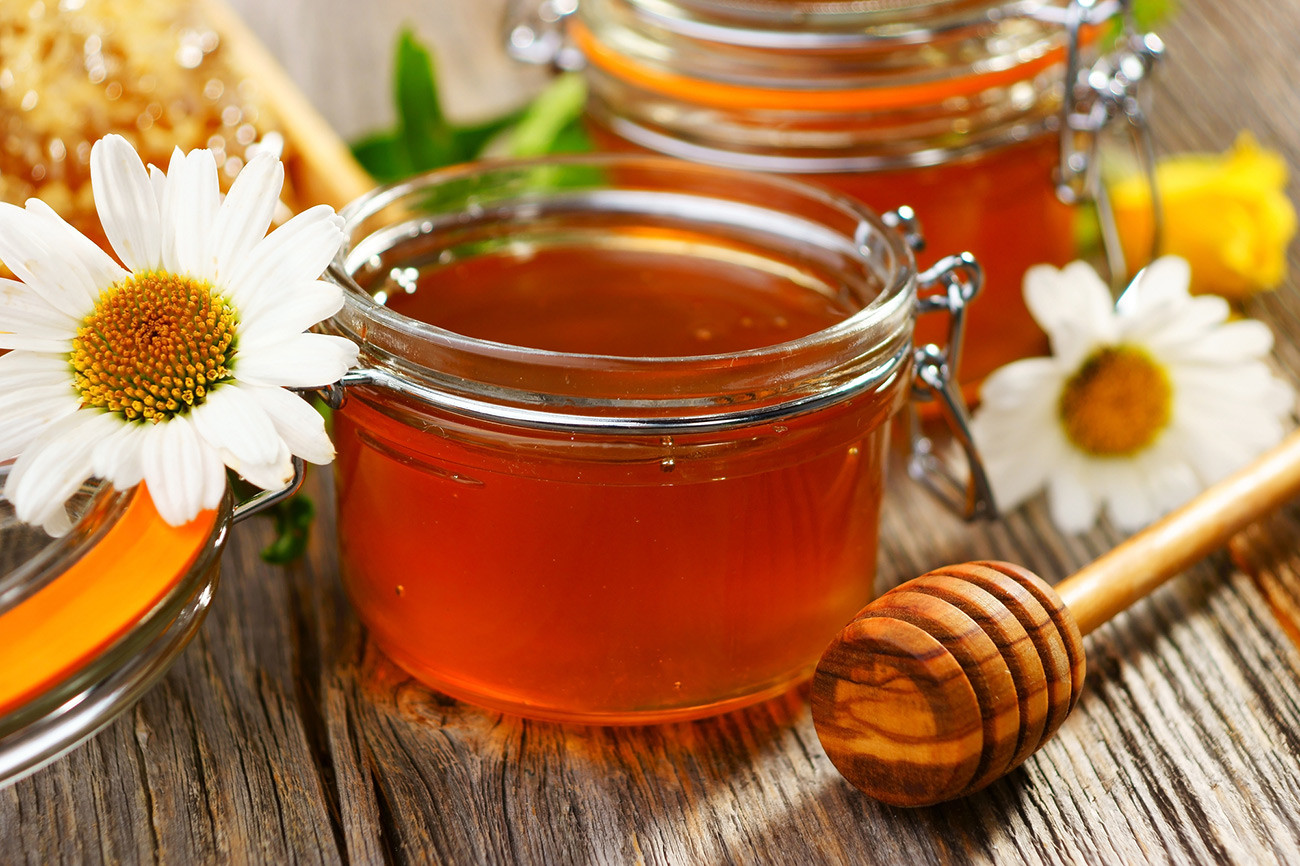 Many countries have honey, but Russia has lots of unique varieties made only in certain regions. For example, lime honey from Bashkiria, flower honey from Altai, and high-mountain honey from the Urals. It is sold in stores both in plain glass jars and unique containers, such as a painted tuesk (a small birchbark cask). 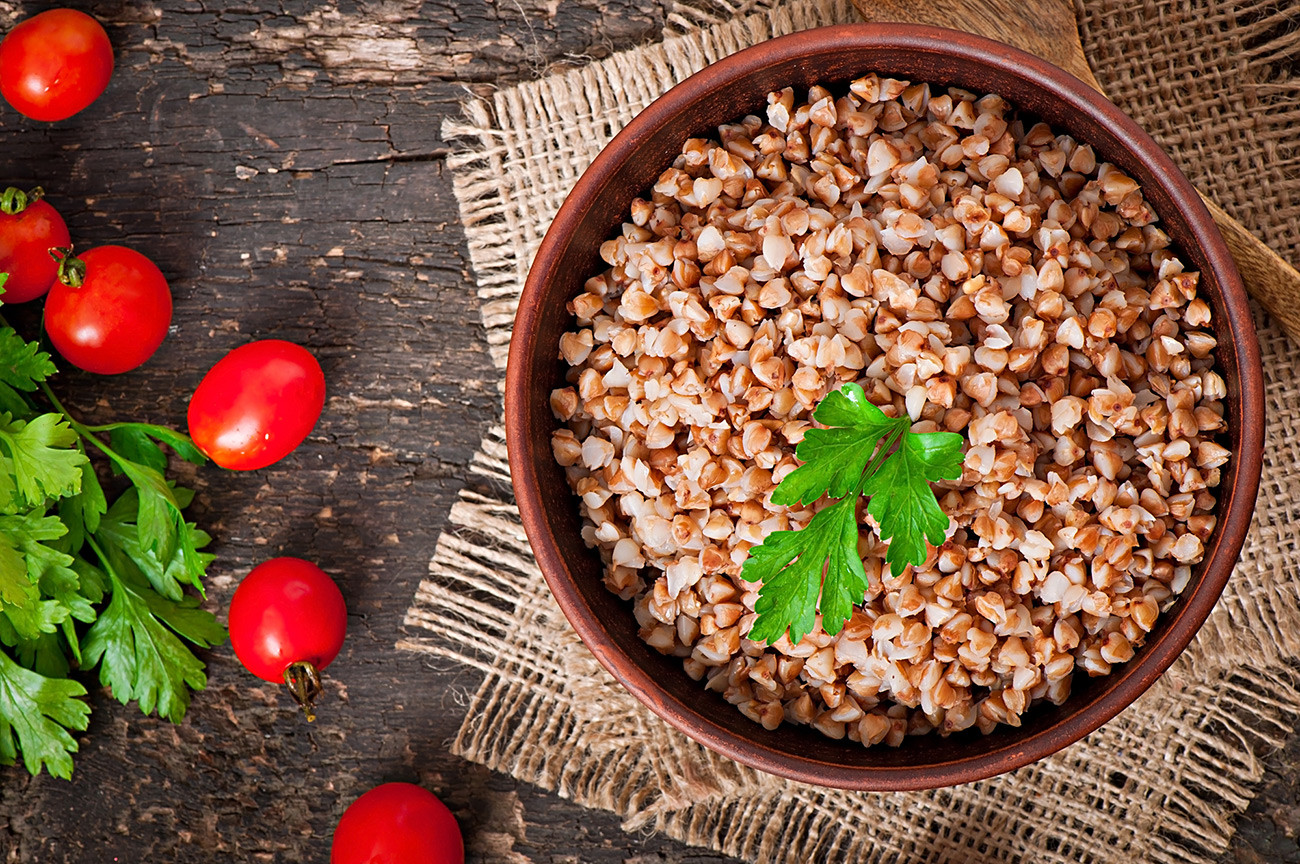 One of the most popular cereals in Russia, sold in green or milled form, buckwheat is not that known or loved abroad, where it is often found only in special Russian shops. But if for some reason you love buckwheat (it’s said to be a taste acquired in childhood), then it’s worth buying in Russia. Buckwheat is available in absolutely any Russian store. 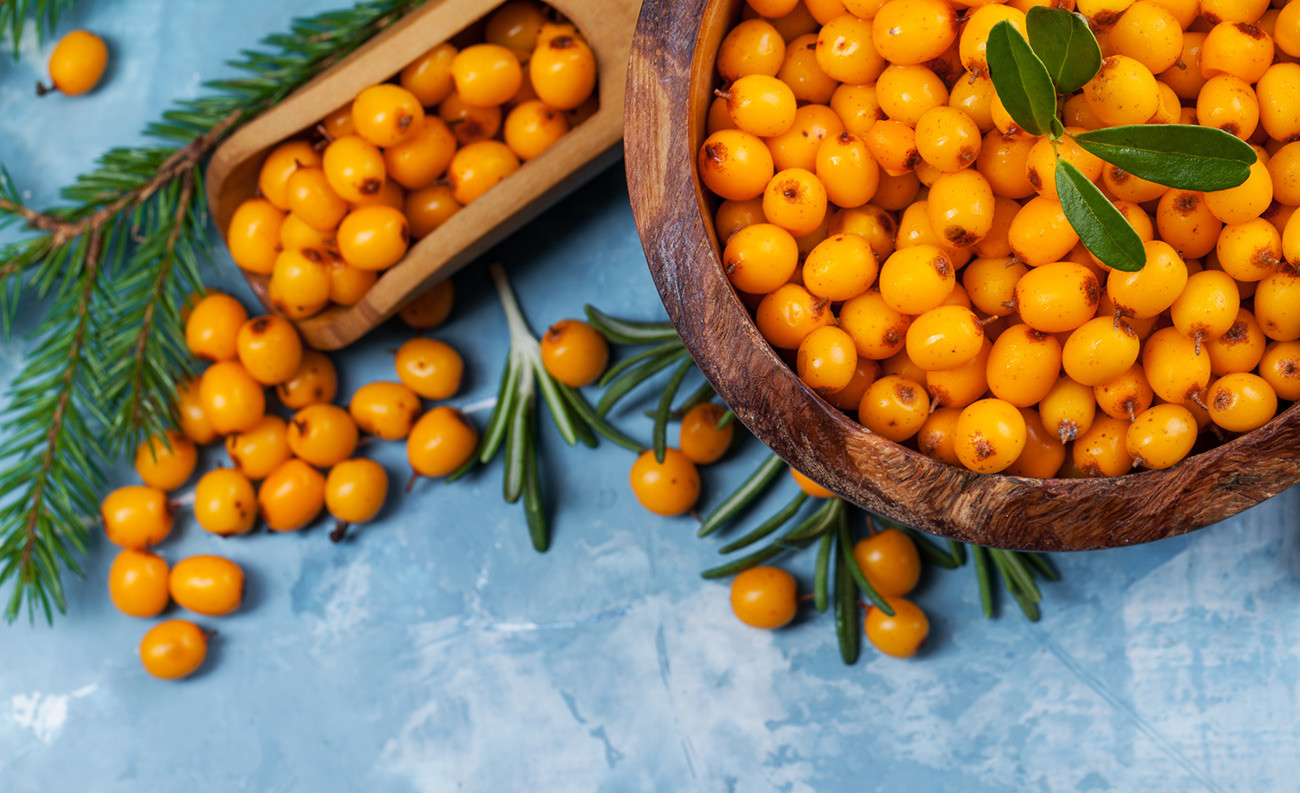 An autumnal berry, fresh sea-buckthorn can be had in late October at markets and fairs. In Russia and other post-Soviet countries, it is considered an excellent source of vitamin A.

At other times of the year, tangy sweet-and-sour sea-buckthorn is available in the form of fruit water, sorbet, jam, and tea. But if you’re in Russia in the fall, our tip is get hold of some fresh berries. Otherwise, try the fruit water variety from Alphabet of Taste for 172 rubles ($2.60). 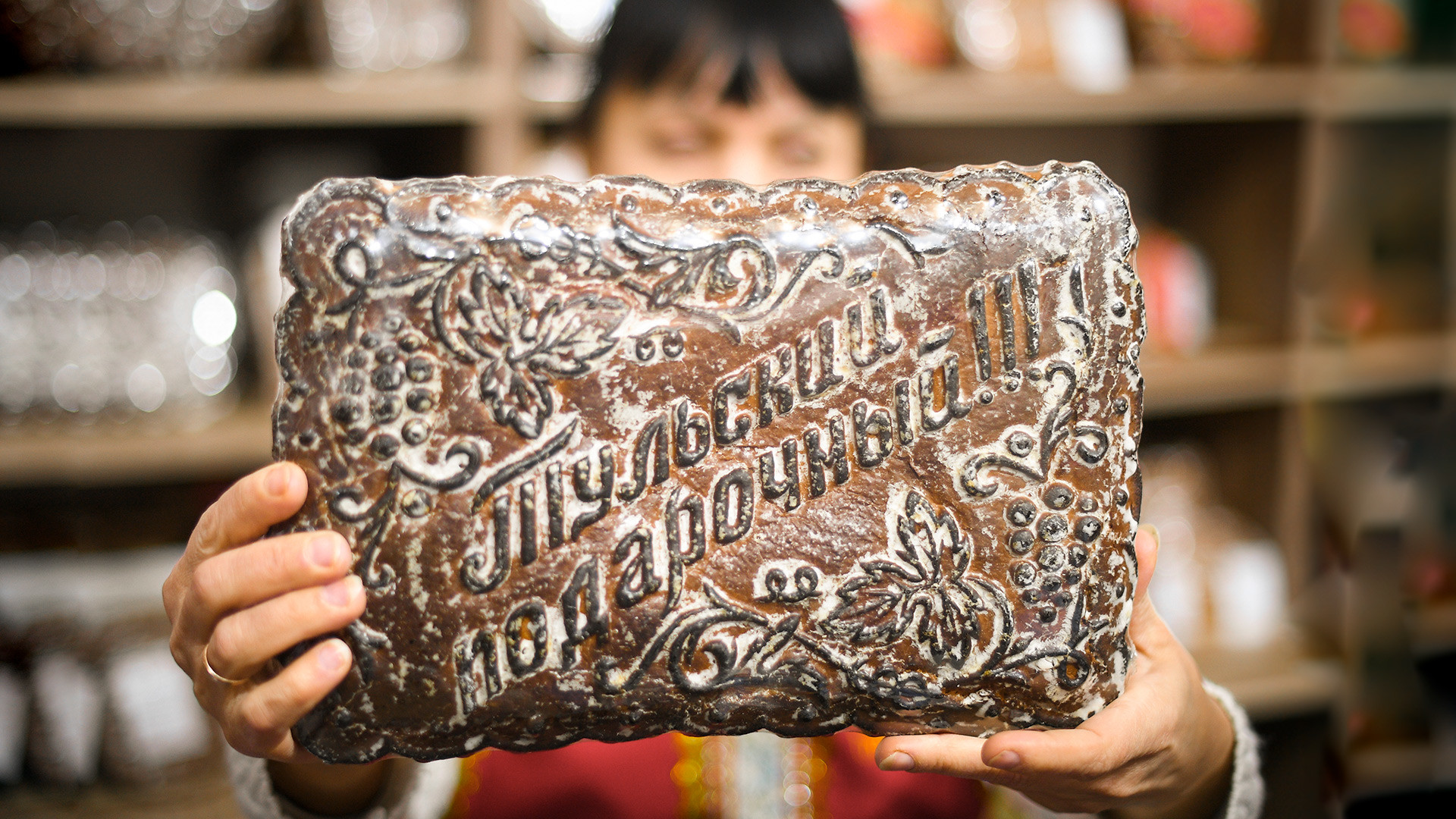 As the most popular spice cake in Russia, it is sold everywhere — from Tula itself to Moscow supermarkets. Once, a Tula gingerbread was sent for tasting to Soviet leader Nikita Khrushchev, who declared it the best of the best.

These days, jam or condensed milk is most often used as a filling, and both are sold in “travel format” (small gingerbread for tea) and as a gift option (large gingerbread with icing). 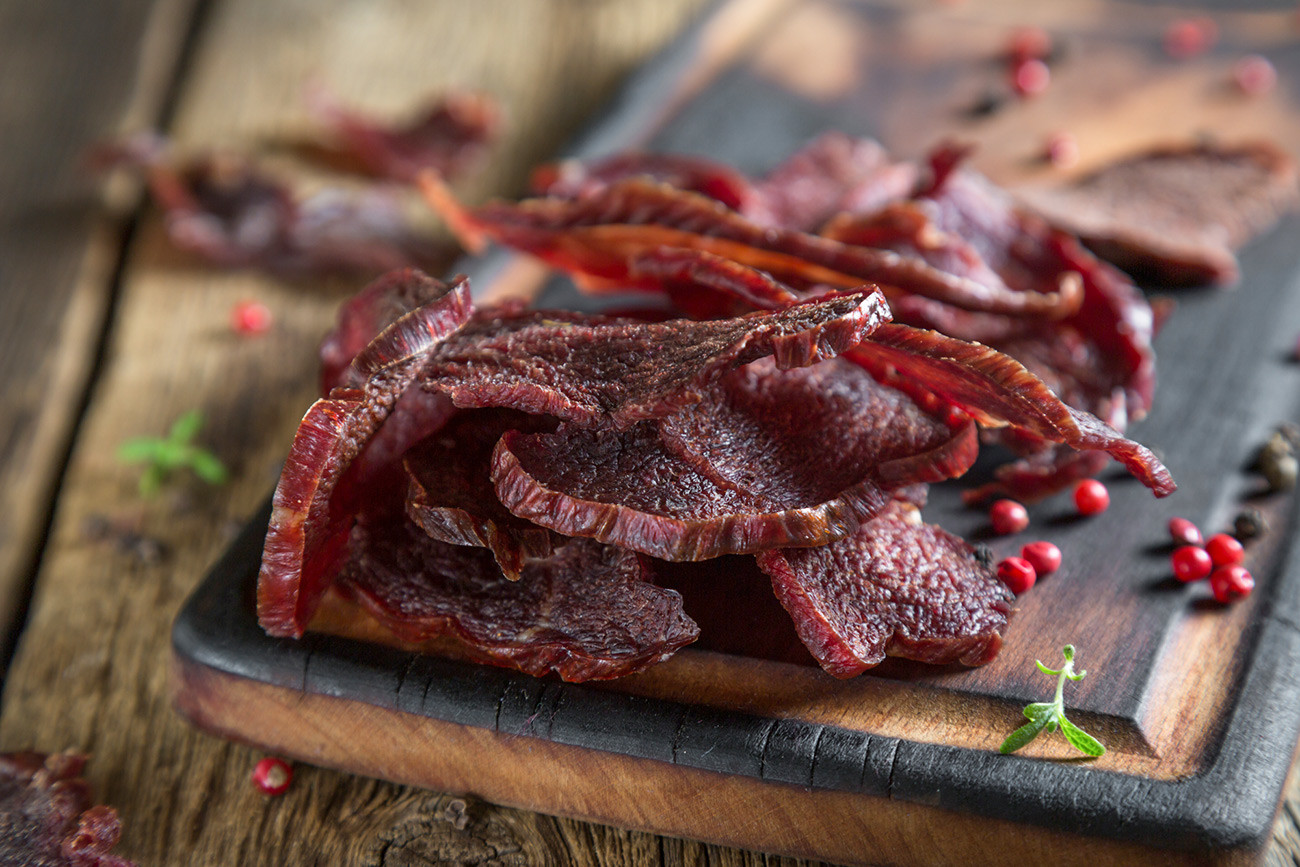 Reindeer meat is a Siberian delicacy and a popular souvenir food for gourmet friends even in Russia. Eco-friendly sausages, chips, snacks, carpaccio, and stroganina are all made from venison in the Far North, and sold nationwide. The most sought-after variety in supermarkets is dry-cured venison for beer. It costs around 300 rubles ($4.60) per 35 g. 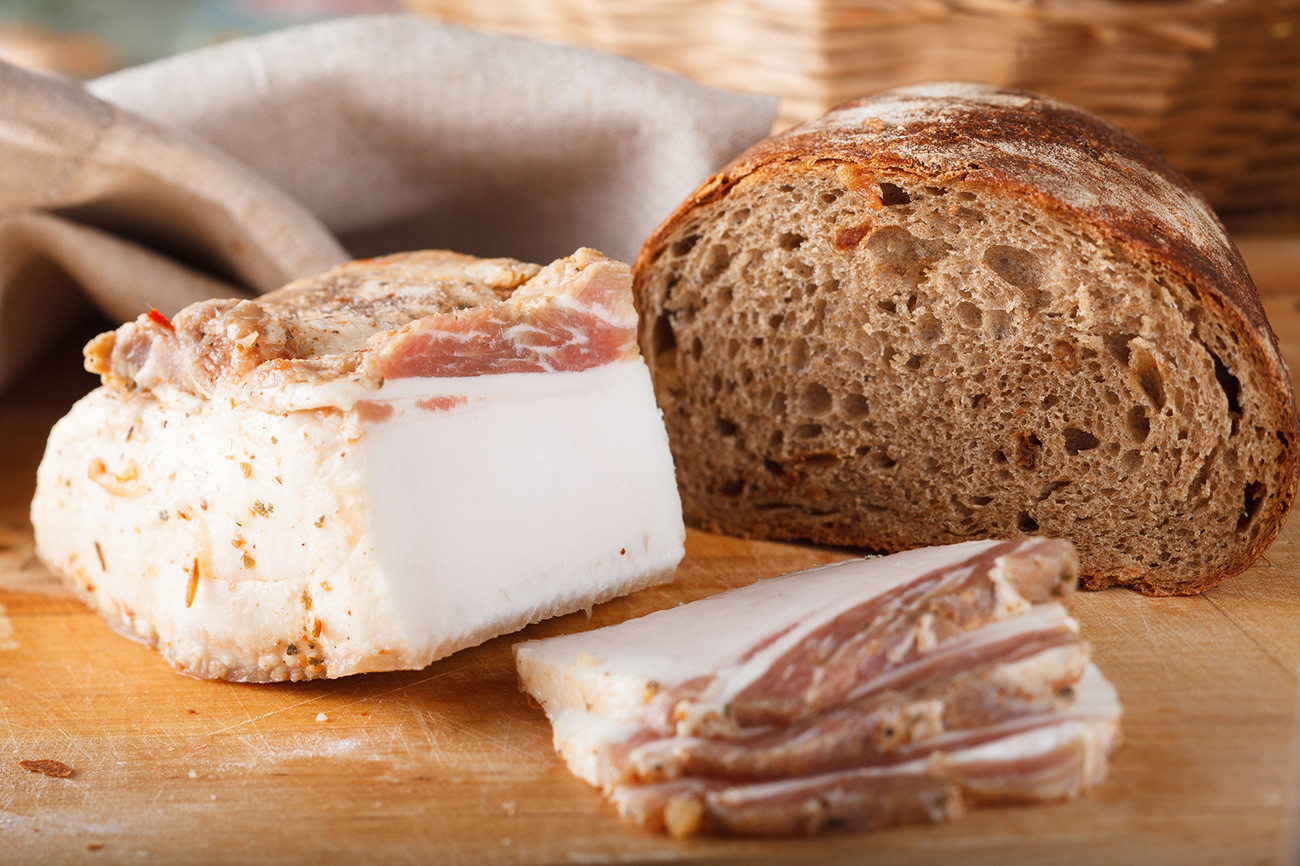 Salo (pork fat) is a must-have for any meat store in Russia, but is less common outside the post-Soviet space. In Russia, it is smoked, fried, salted, added to dishes, and/or consumed with borodinsky bread. We advise tasting before buying, which means going to a market. But stores also offer decent stuff. Note that good salo should not be yellowish or grayish.