How to cook legendary Borodinsky bread at home 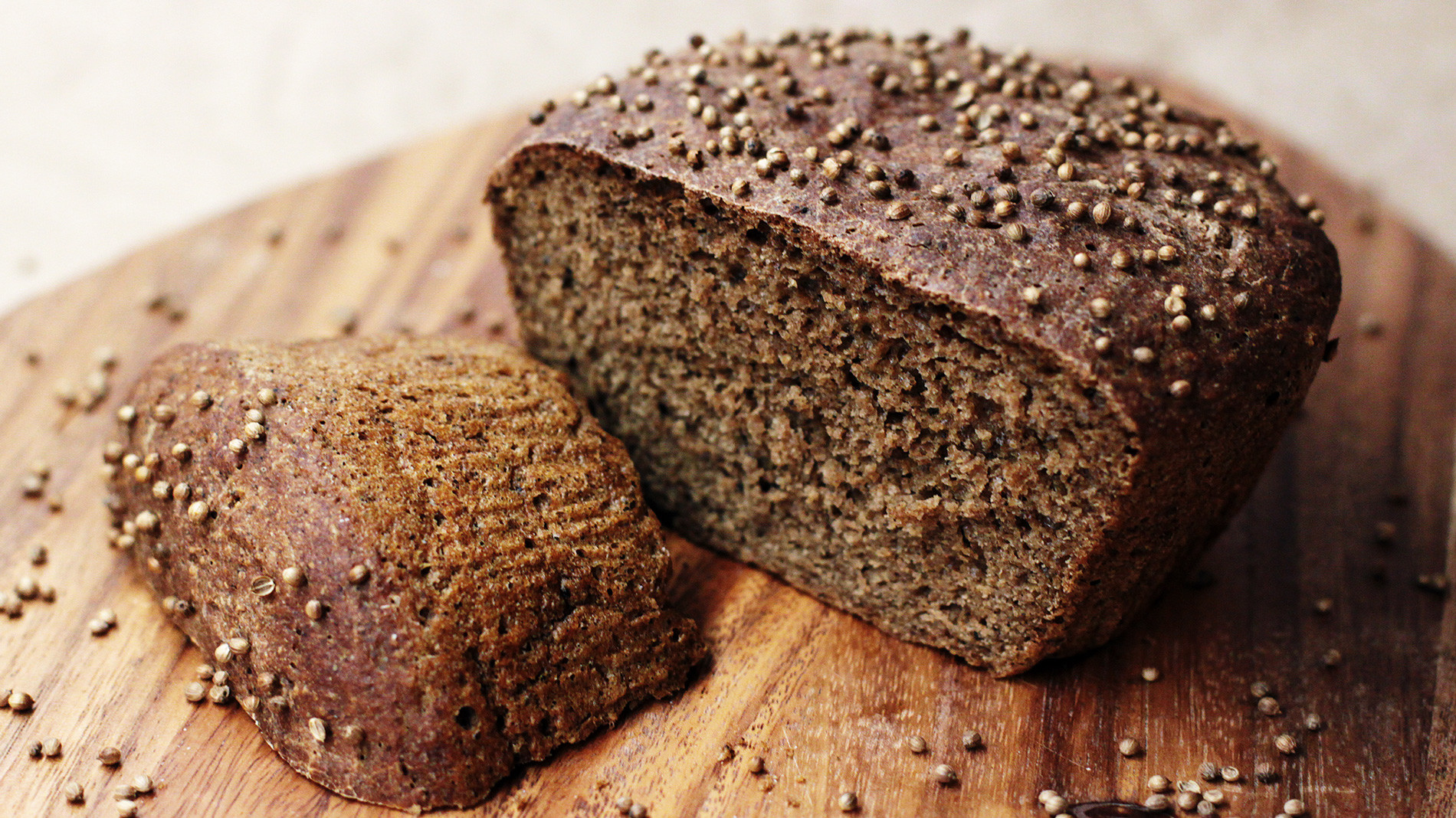 Victoria Drey
Sweet, sour and spicy – it might be the most unique bread you’ve ever tried. Just make sure to find all the special ingredients in your local Russian shop.

I don’t think there’s a more popular bread in Russia than borodinsky. This traditional dark-brown sourdough loaf is made of rye and wheat flour, with a pinch of sweet molasses or honey and spicy coriander. Every single Russian is familiar with the taste of this bread, and it is especially popular among the older generation: for instance, my grandparents always have a loaf of borodinsky bread on the table. Once, I even heard that Russian emigrants always miss borodinsky bread the most, as far as traditional foods go.

What about its name and origins? There is a popular legend – beautiful as it is sorrowful. When in 1812, Russian General Alexander Tuchkov perished at the Battle of Borodino, his widow was so heartbroken that she decided to build a convent at the site of the bloody battle with the French. Some believe this convent’s nuns came up with the recipe for the bread that initially was called ‘memorial,’ and later was named after the Battle of Borodino. The bread’s deep dark color allegedly represents mourning and grief, and the coriander seeds symbolize bullets and grapeshot. Besides this romantic explanation, there is another version claiming that borodinsky bread is an invention of a Soviet bread-baking facilities: the first official GOST recipe appeared only in 1930.

Anyway, I’ve tried lots of types of bread, but still consider borodinsky to be the most exceptional. It is all about the signature sweet-sour taste with a hint of spices. Another crucial feature is the texture: a proper borodinsky loaf is crispy and firm outside, and very soft and slightly moist inside. Borodinsky’s recipe is hands down one of the most complicated I’ve ever seen: the authentic bread requires a solid day to make. Luckily, there are a couple of hacks and secrets that cut cooking time to two hours, and the taste is honestly just as good. 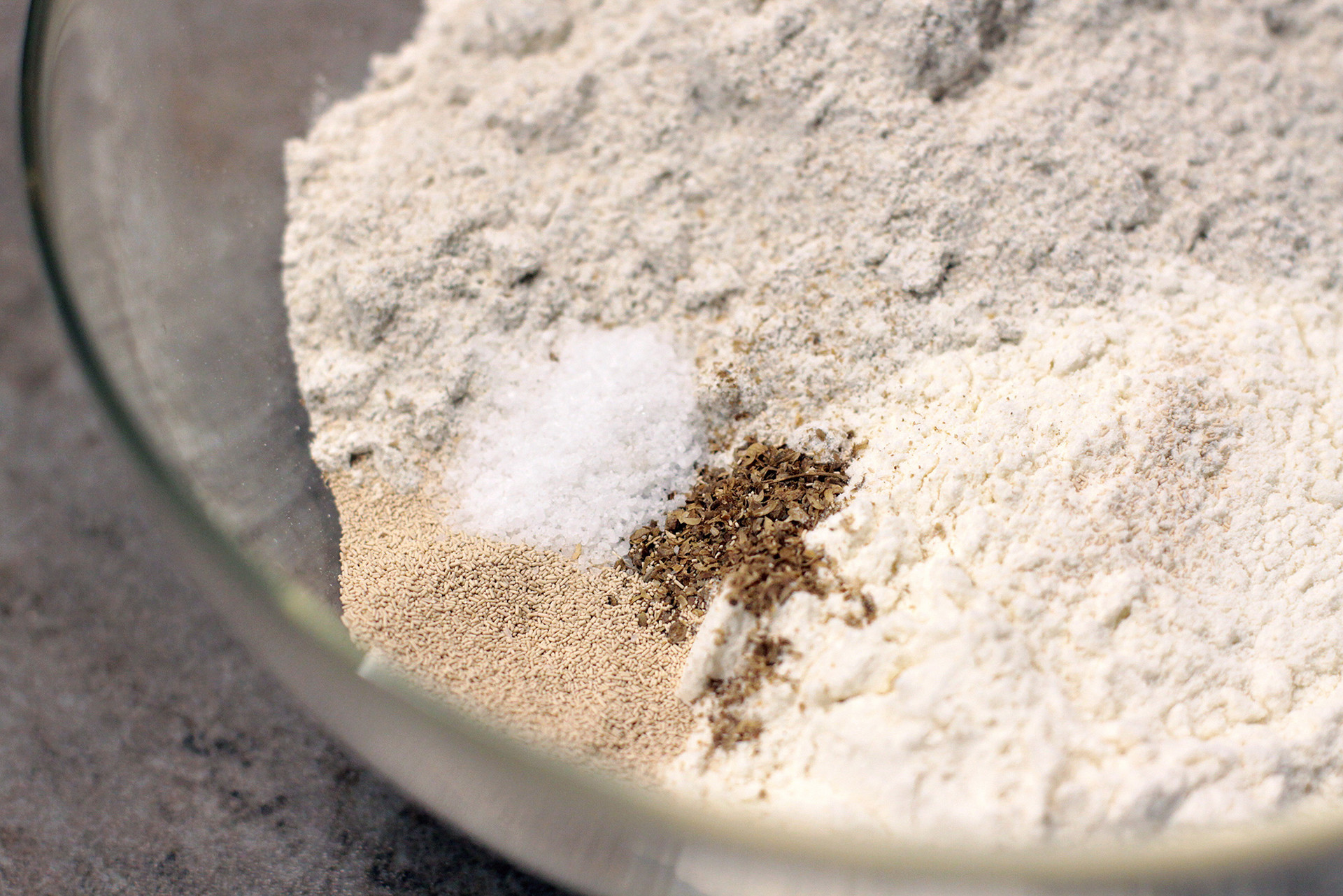 2. Then, add the star of the show – Russian rye malt powder that gives the bread that special flavor, and stir the mixture one more time. 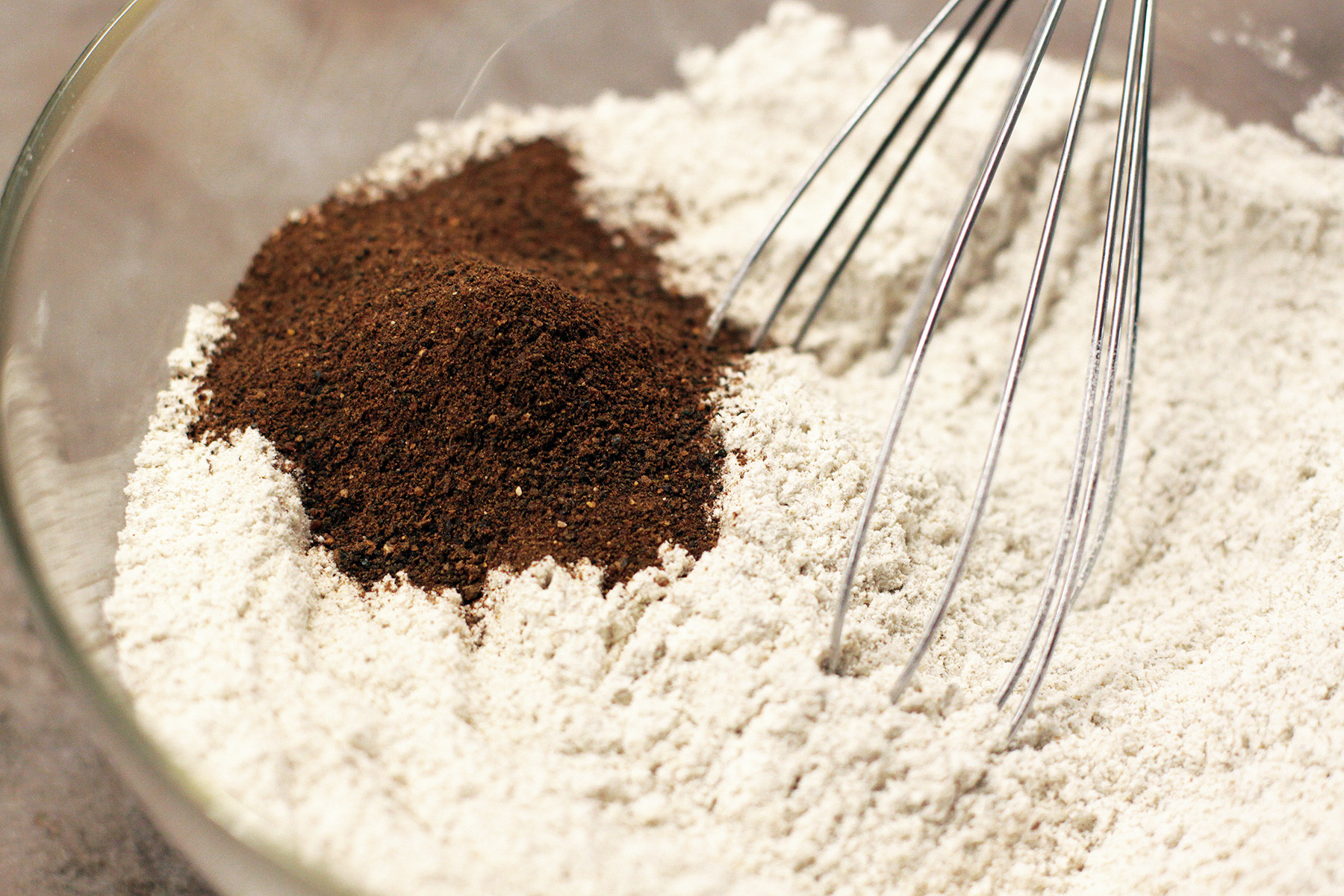 3. Next, mix lukewarm water with honey, and pour into the dry mixture; also add a tablespoon of sunflower oil. Knead the dough: it should be quite sticky, thick but still elastic. Be sure not to overdo the water: you may need more or less depending on the flour you use. 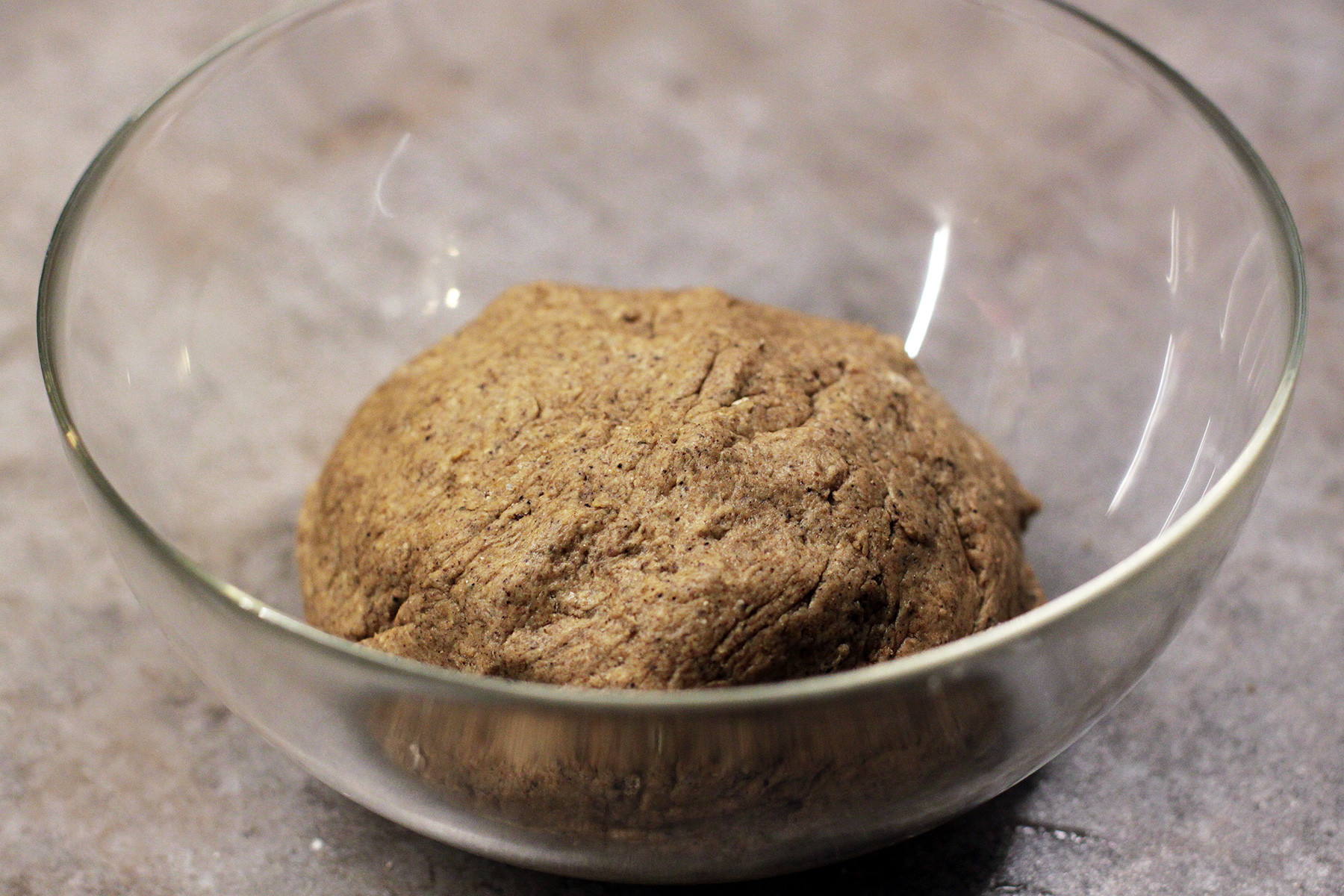 4. Grease your hands with some oil if the dough feels too sticky; this makes it easier to work. Put the dough in a large clean bowl, cover with plastic wrap and leave in a warm corner for one hour. 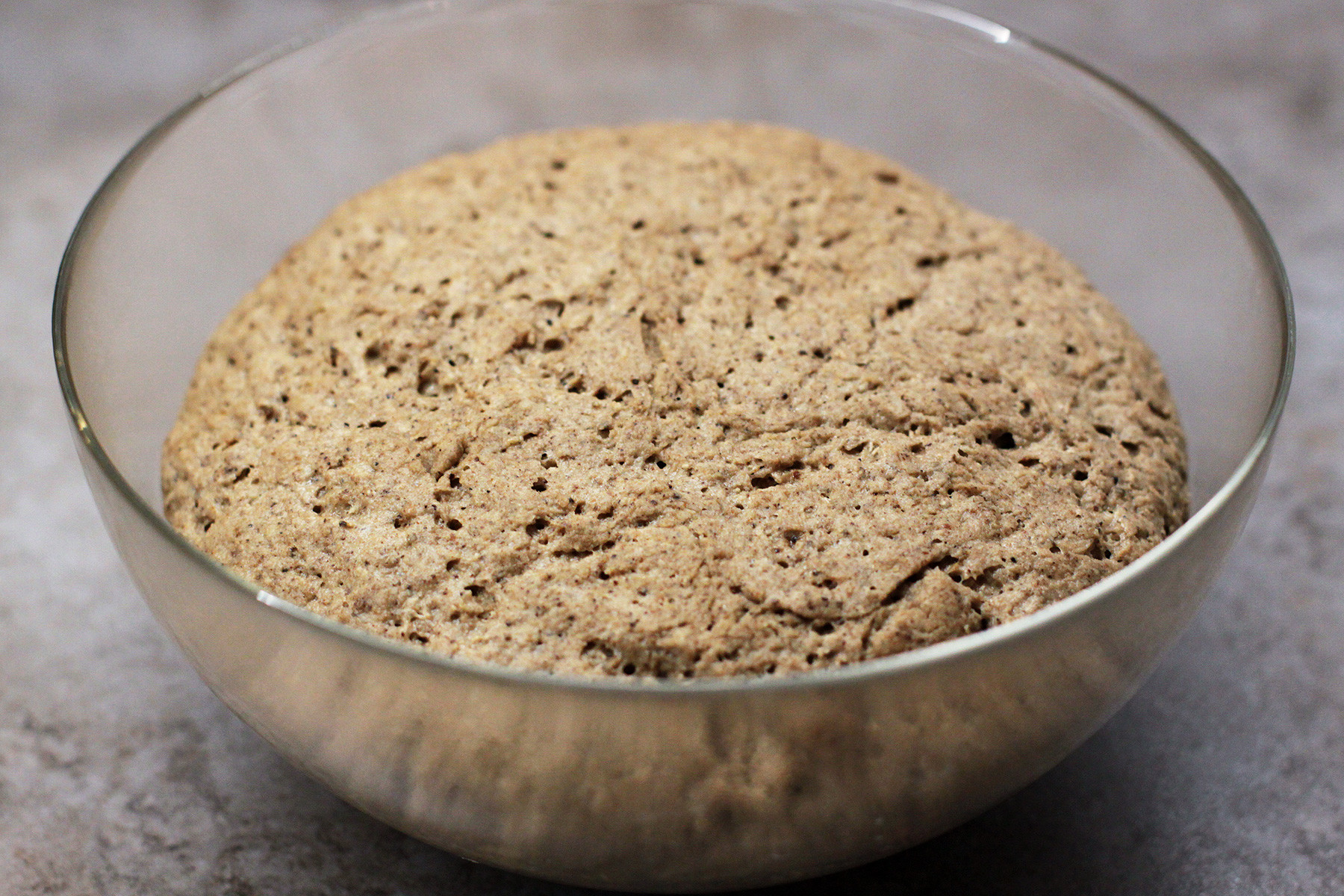 5. When the dough doubles in size, punch it down and put in a loaf form greased with oil. Leave for another 30 minutes to let the dough rise. 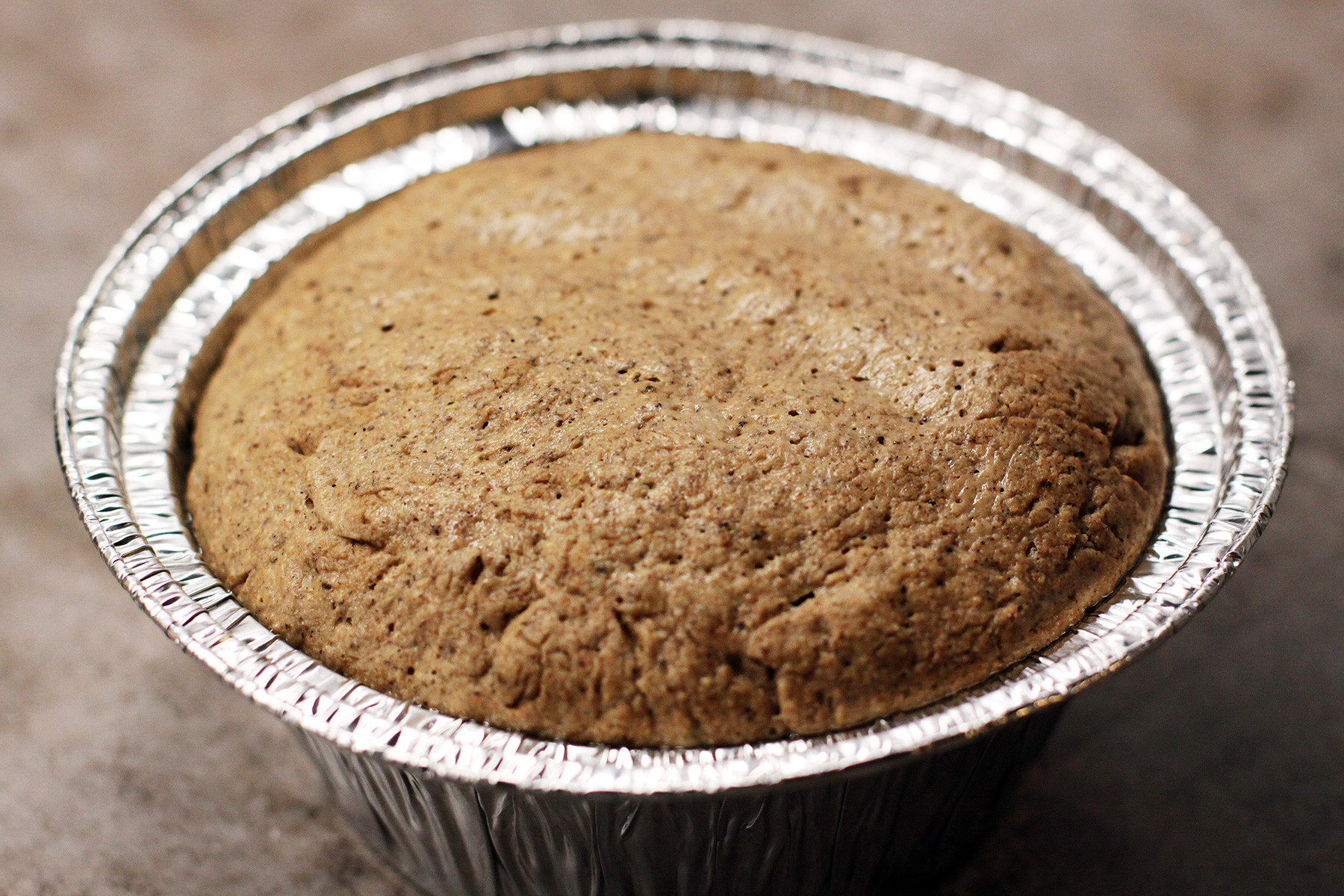 6. Then, mix some flour with water and cover the surface of the dough with this whitish liquid; generously sprinkle with coriander seeds. 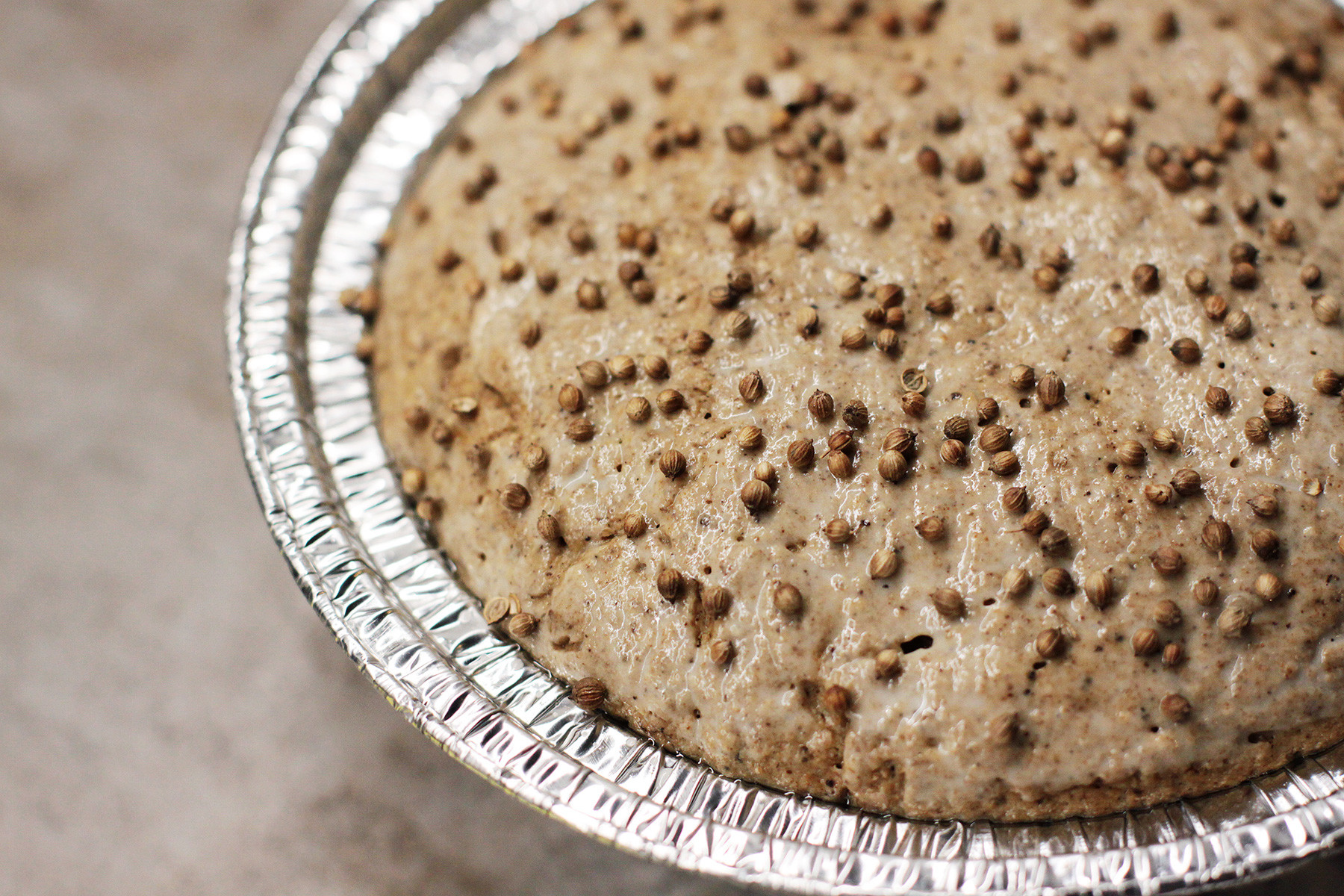 7. Bake borodinsky bread at 210°C for 30 minutes; lower the temperature to 180°C and bake for another 30 minutes Let the bread cool down completely, and enjoy. Priyatnogo appetita! 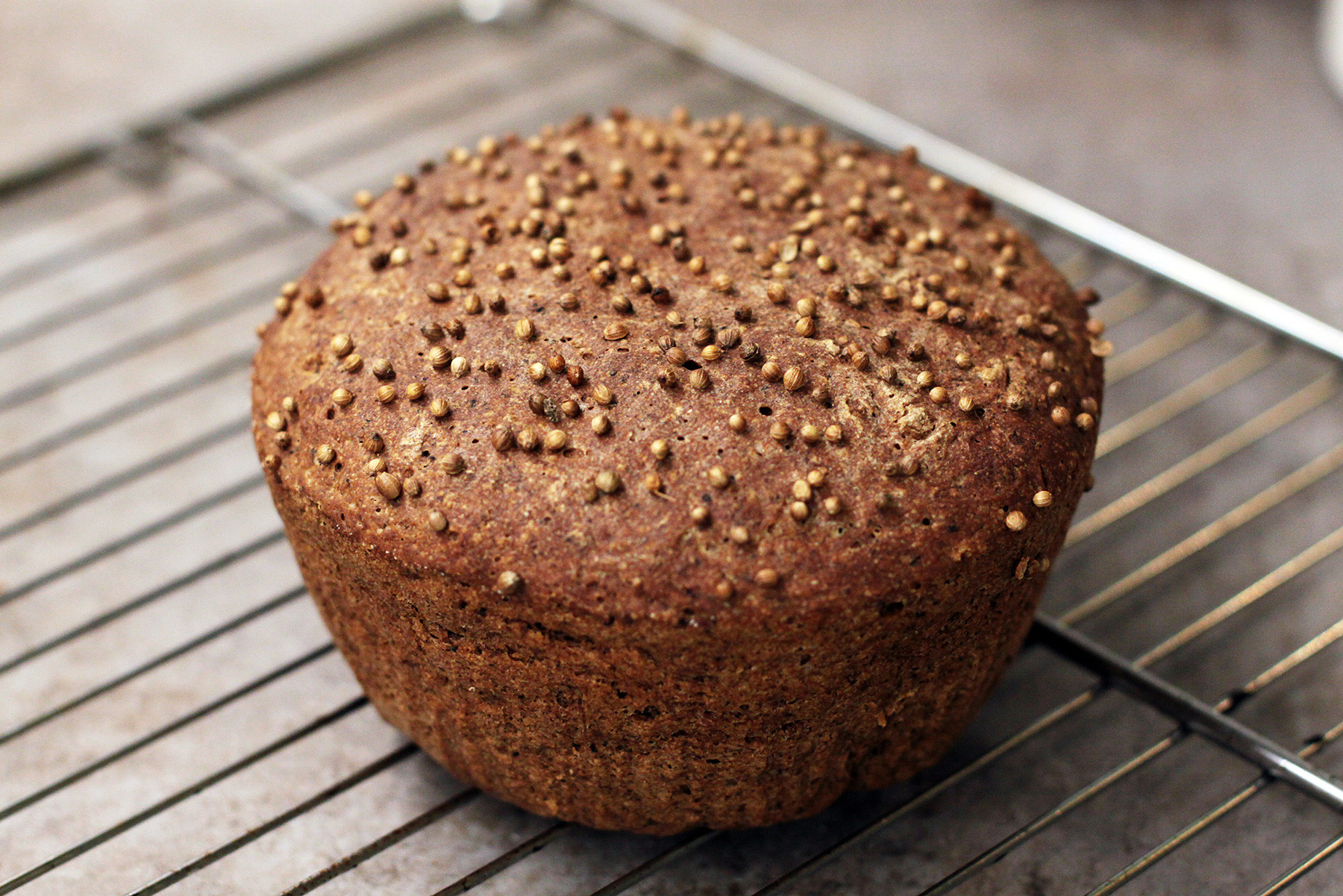 Read more:  7 kinds of Russian bread you’ll want to bite the crust off of