Russian Kitchen
Maria Afonina
Known in Russia since the 18th century as a "second bread," potatoes are used in most Russian soups and salads. However, there are also many dishes in which it’s the main ingredient. 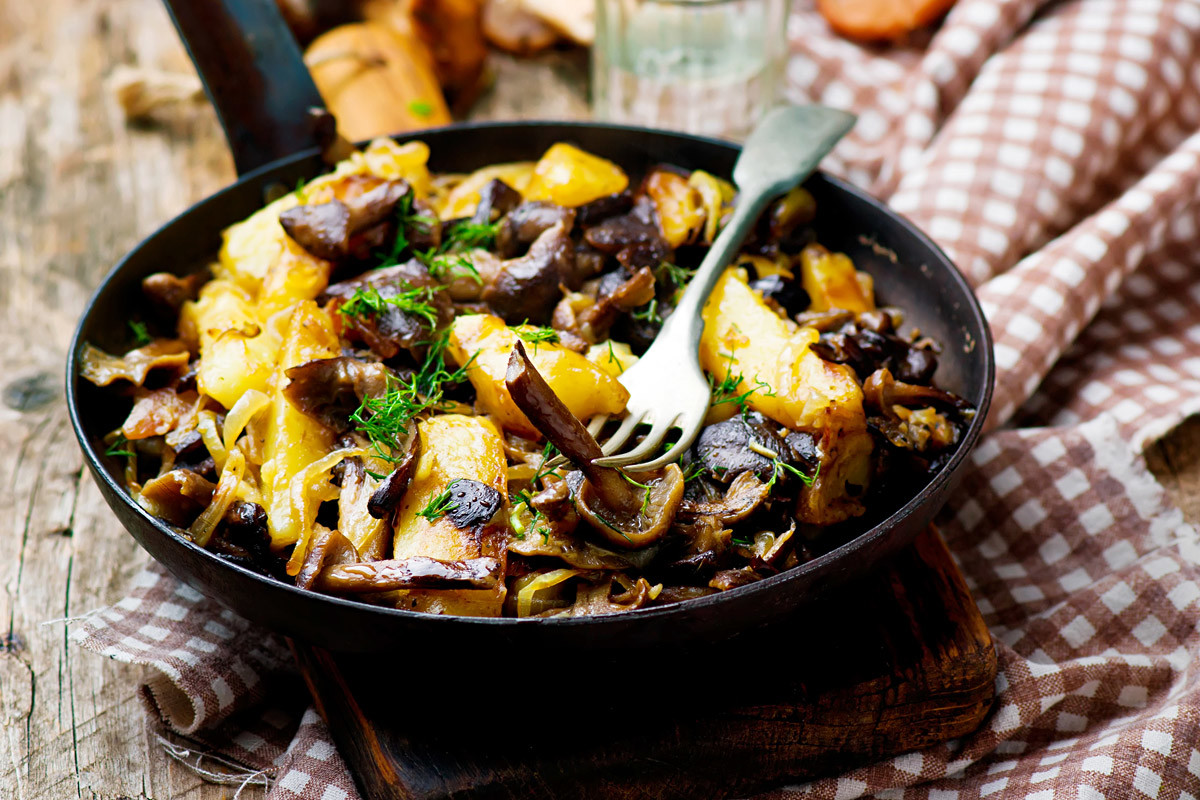 The dish tastes best with freshly picked mushrooms, but generic mushrooms from a supermarket will also do. The dish has several secrets. First, the sliced potatoes should be rinsed in cold water in order to wash off the starch before cooking; this prevents them from getting stuck together. Also, it’s better to fry them in small portions, not to put the lid on the frying pan and not to stir them often. Finally, it is better to brown the mushrooms and chopped onions separately, and then mix them with the potatoes at the very end. 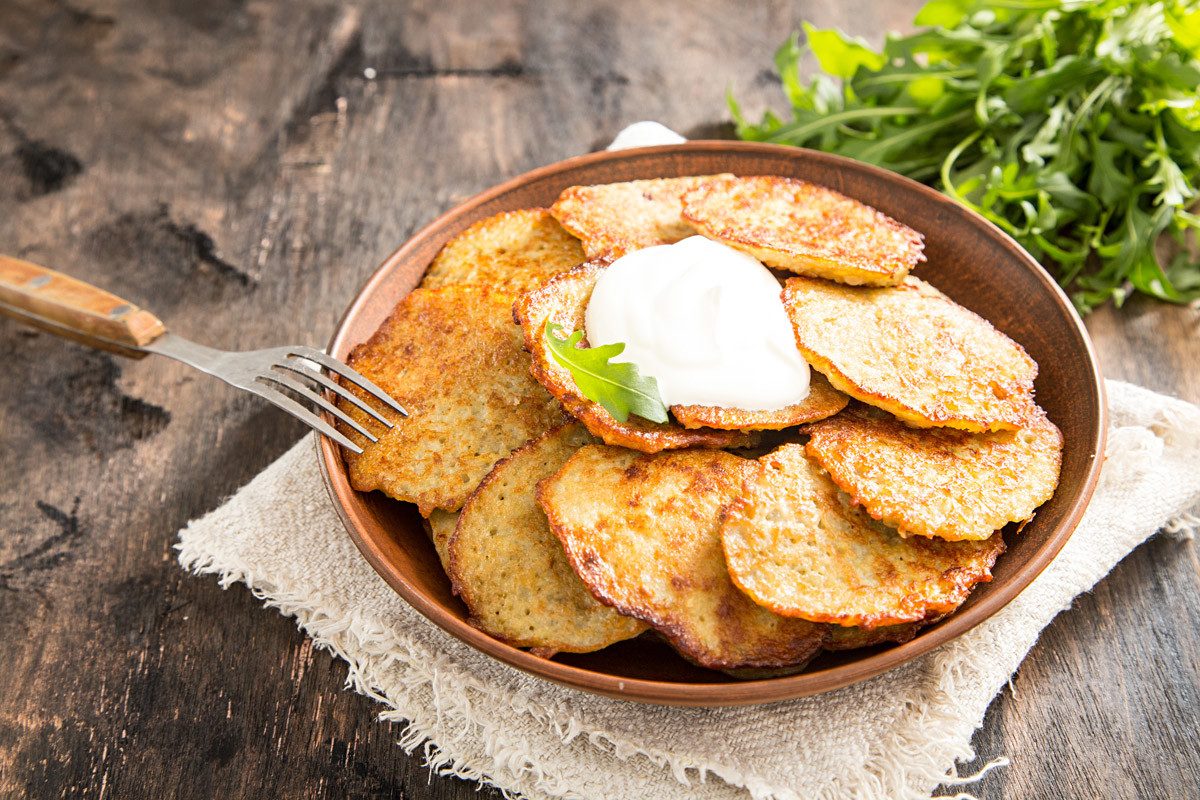 These are pancakes made with grated potatoes, onion, eggs and flour. Traditionally, they are served hot with sour cream. Sometimes minced meat or squash are added to the classic ingredients - this will be tasty, too! 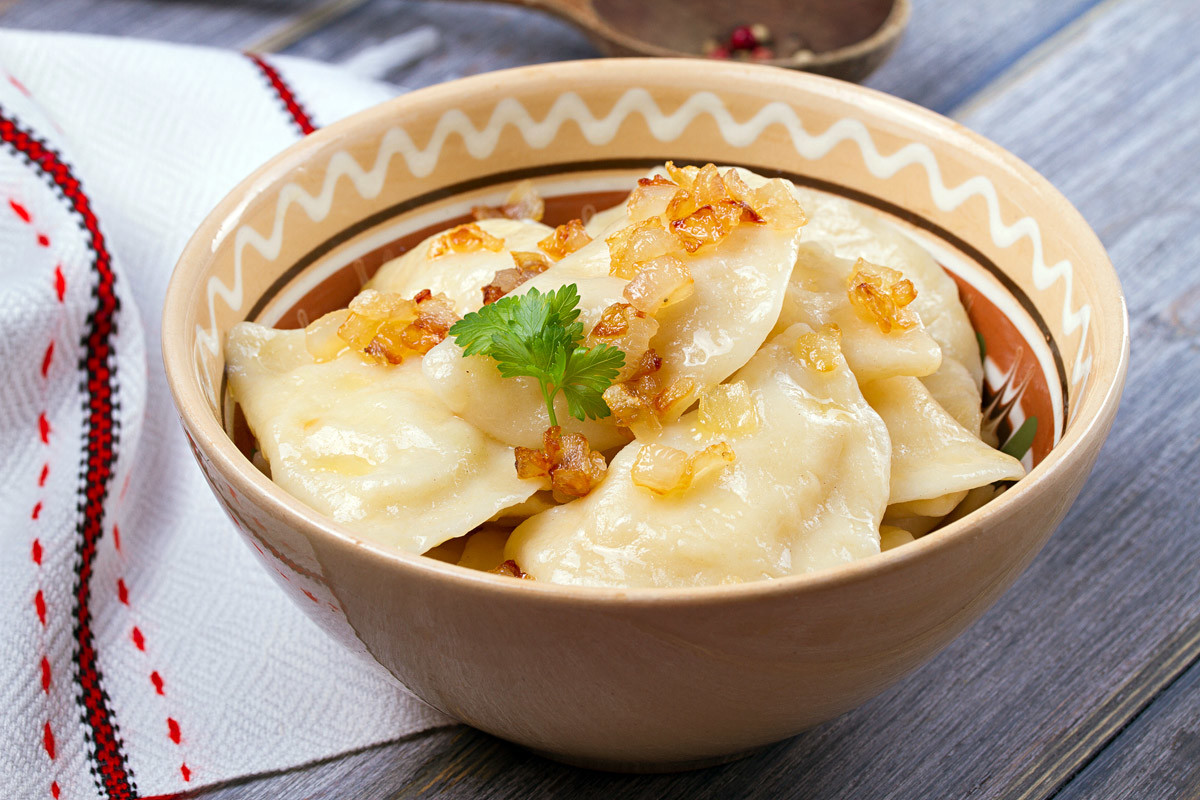 This is a traditional dish common in Slavic cuisine, similar to Italian ravioli. Vareniki are served with fried onions, sour cream, finely chopped herbs or butter. The main secret of this simple dish is the elastic dough that does not break when cooked, and does not crack when frozen. 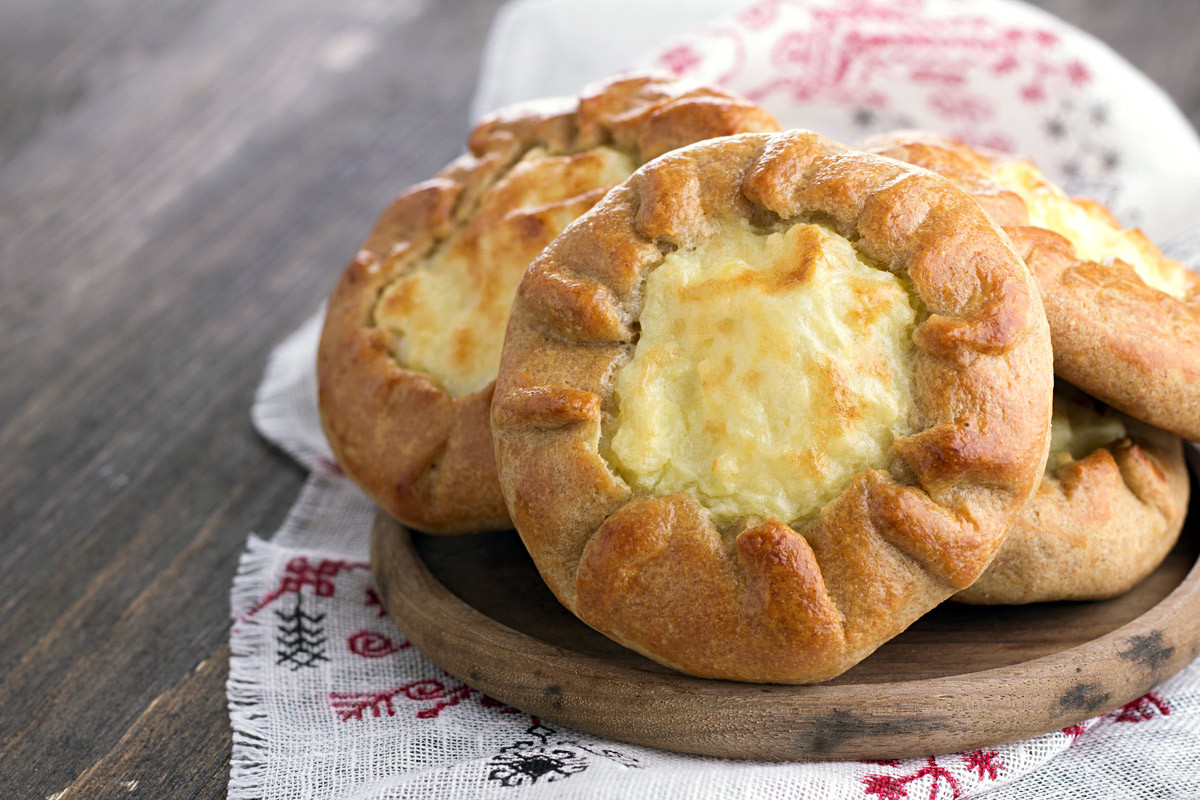 Shangi are small open pastries from the Urals with a topping that often consists of potatoes, eggs and butter. These round buns are even given to children at kindergarten.

5. Meat stew with potatoes in a pot 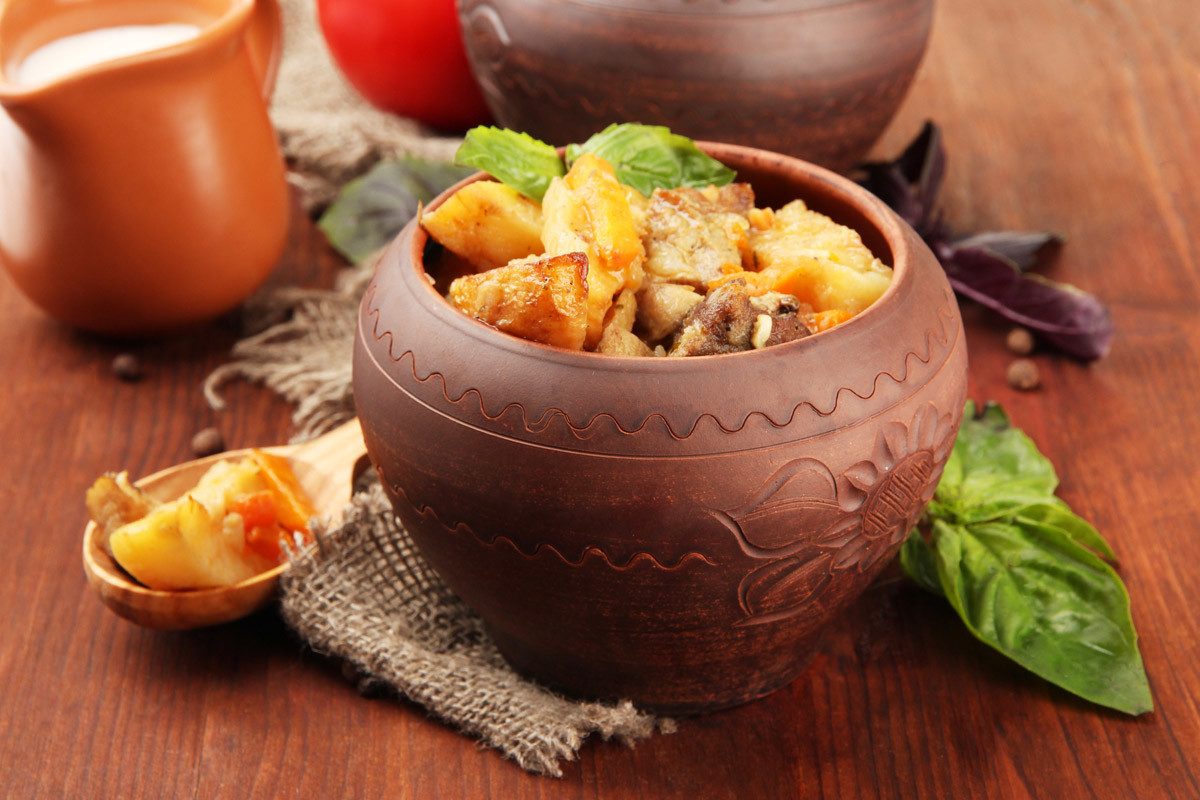 Potato slices and pieces of meat and vegetables (carrots, eggplant, mushrooms, tomatoes, beans or peas) are baked in a ceramic pot in the oven. This is a very filling dish.

6. Baked potatoes with cheese and meat 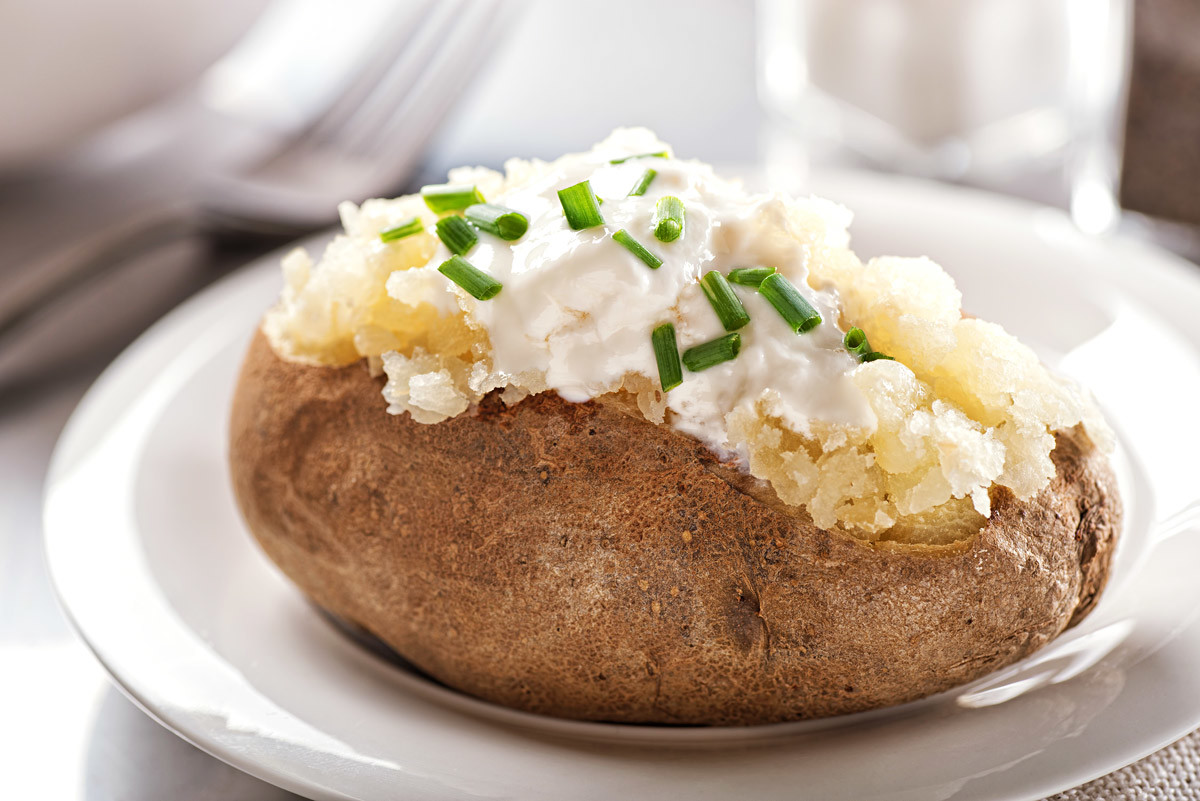 A popular type of Russian fast food is a giant baked potato with grated cheese and butter inside. Cut in half, a baked potato can have a variety of fillings, from crab salad and pickled mushrooms to salted fish. The main advantage of this dish is that it can be prepared quickly at home in the oven or in a fireplace. 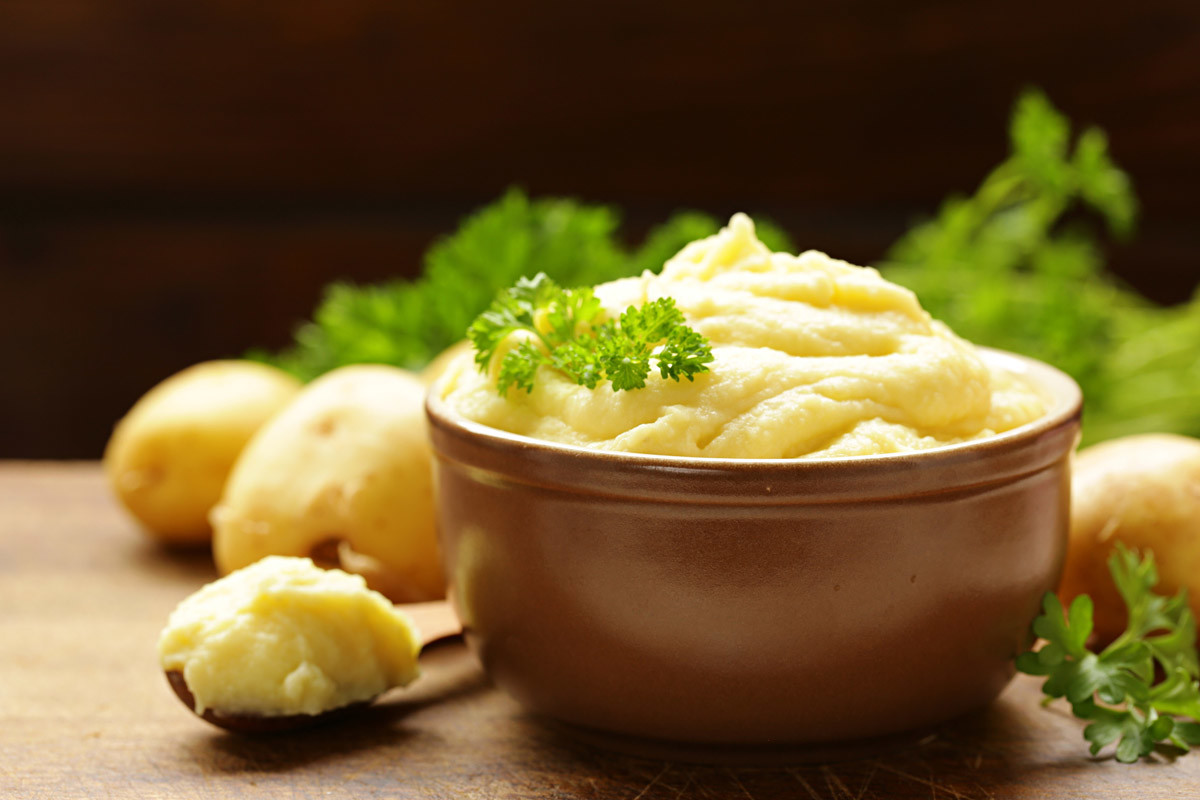 This is a classic, and it’s the main side dish in student canteens and at every dinner party. In Russia, a small amount of butter and warm milk are added to mashed potatoes so that they don't turn grey, and the potatoes are crushed with a masher (a blender is rarely used). 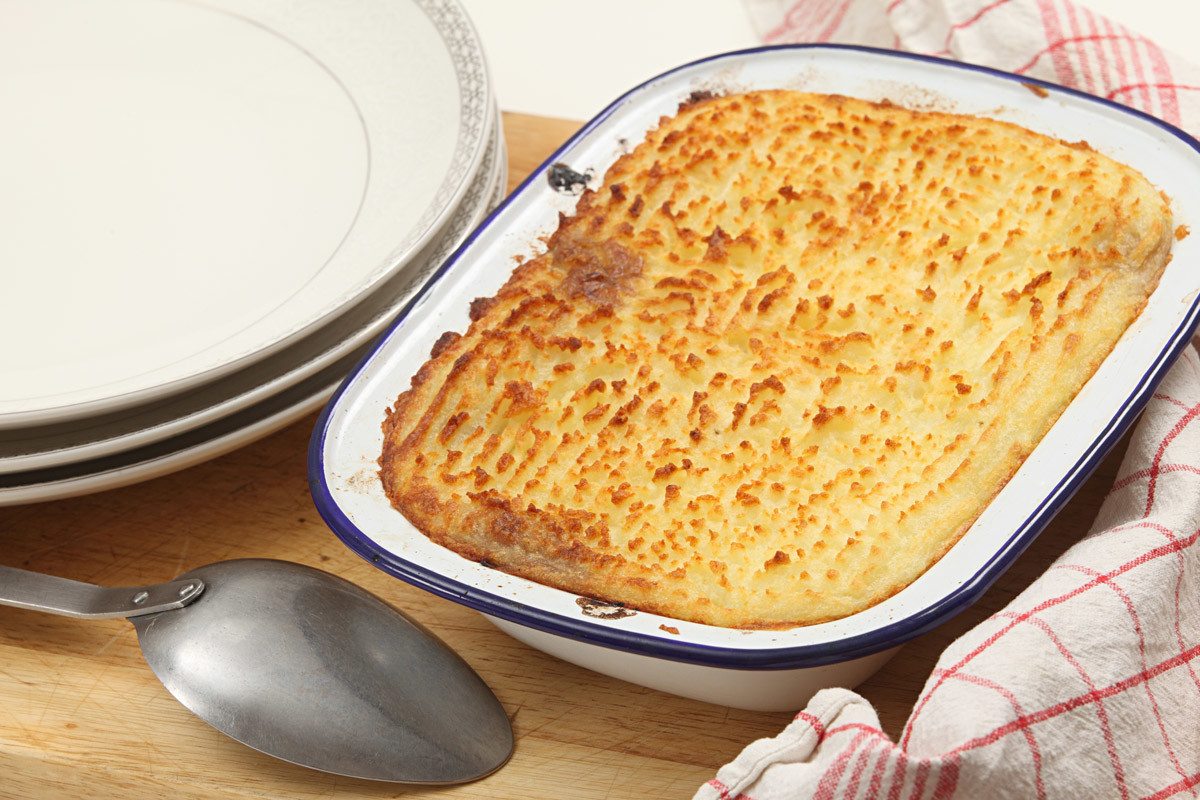 In Russia people eat this dish from the time they go to kindergarten. Zapekanka can be made from potatoes sliced into rounds or mashed potatoes. A popular variety is zapekanka with minced meat and finely chopped onions placed between two layers of mashed potatoes and baked in the oven. It is served with sour cream. 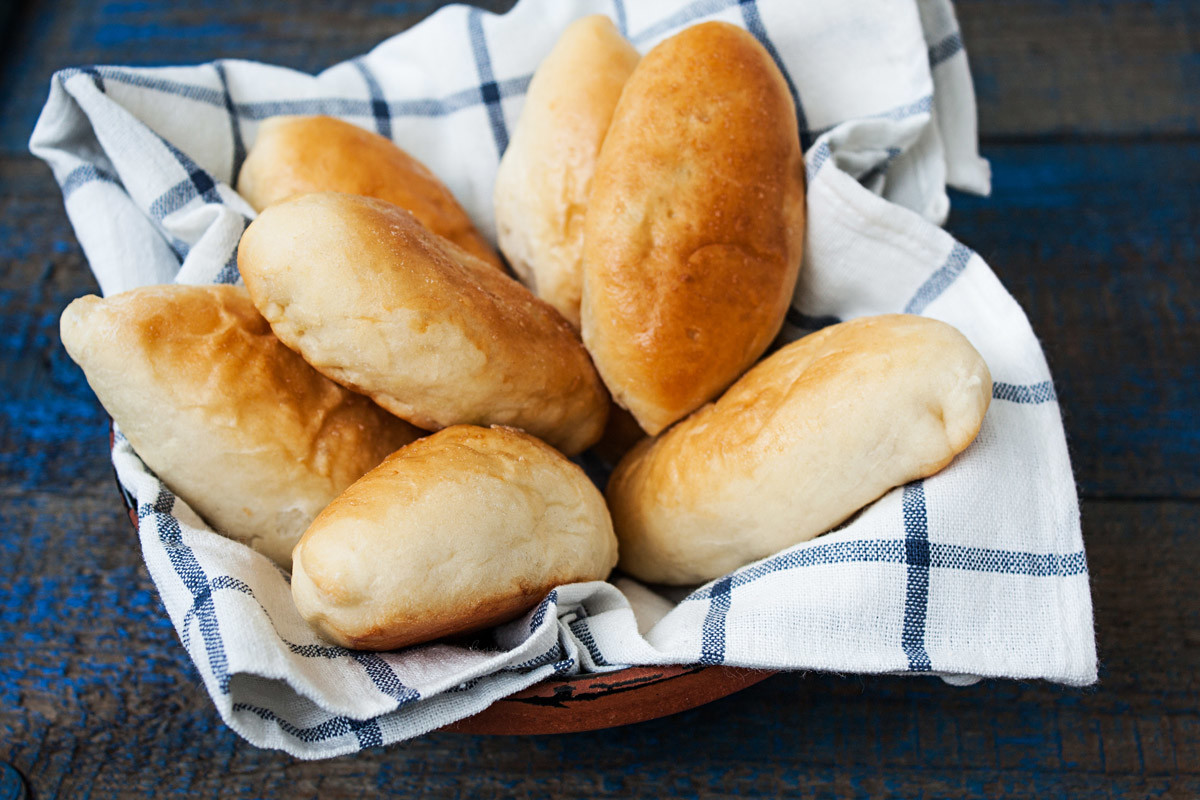 Russian cuisine has many closed pirozhki (small pies) with savory or sweet fillings, but arguably the most popular variety is with mashed potatoes and onions. Sometimes fried mushrooms are added to the filling. 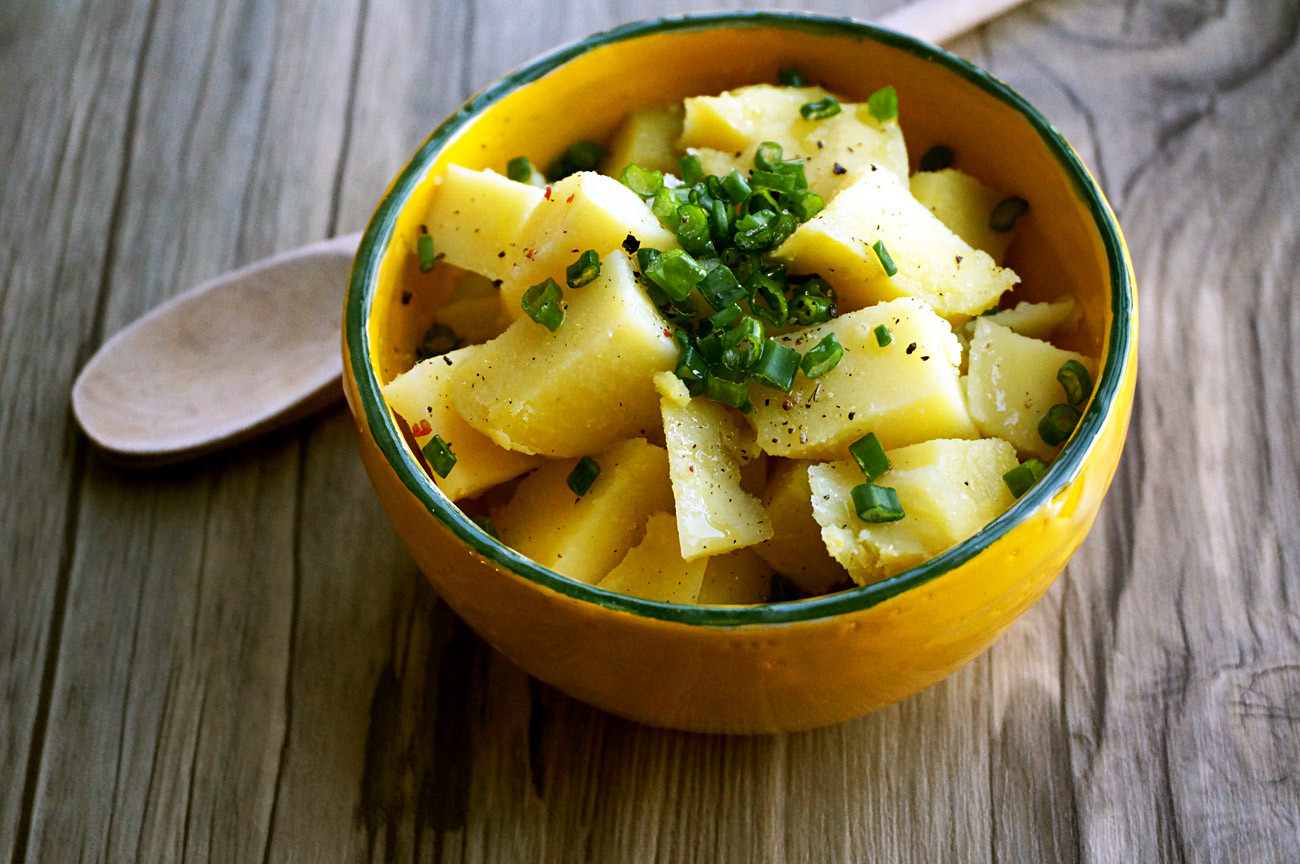 Potato salad is common in American and German cuisine. On the Russian table it is also present, but not so common. The Soviet Book of Tasty and Healthy Food recommends making it the following way: Dress boiled and cubed potatoes with a mixture of vegetable oil and a small amount of vinegar, and sprinkle with dill, parsley, spring onion, salt and pepper. This salad is served with meat or fish, or as a separate dish.