Just how good is the food in Russian maternity wards? 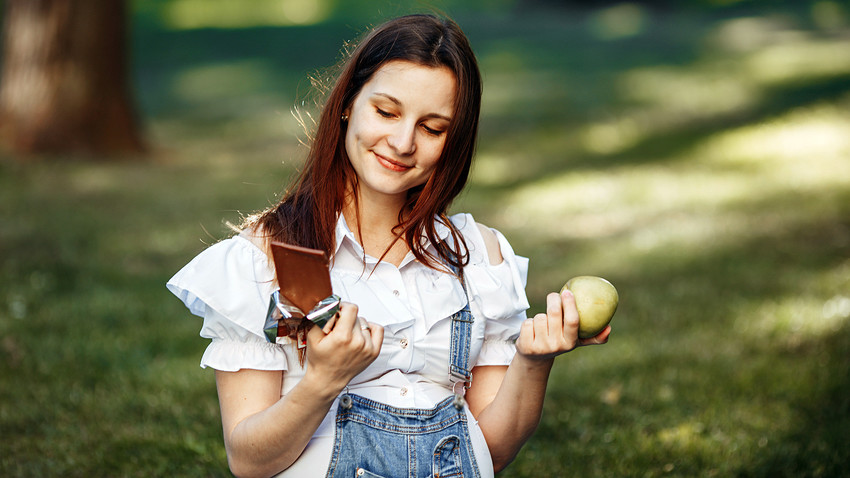 Legion Media
Breakfast, lunch and dinner, as well as fruit before lunch and the fermented milk drink kefir before bedtime: What’s the benefit of observing this strict diet?

In Russia, women and their newborns stay in the maternity ward for three to five days, and are provided with medical attention and taught to breastfeed. As a rule, they eat in the hospital cafeteria, which has a special menu of healthy food rich in vitamins. Every day various types of porridge and soup are served. 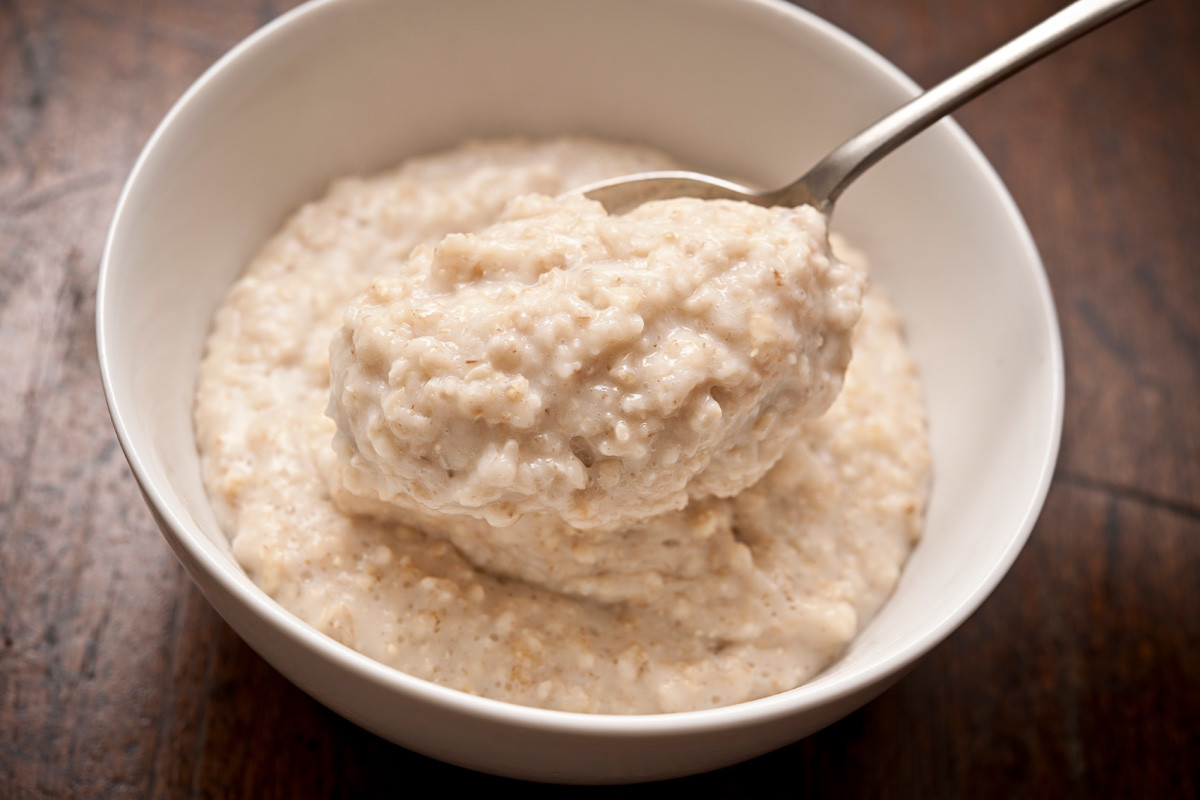 In the 20th century, Manuil Pevzner, a Soviet physician and one of the founders of dietology in the USSR, developed a dietary system consisting of 15 diets, each of which received a number and the designation "Table." In the first days after giving birth, women who had complications during labor are given a strict diet from the "First Table."

Usually, it consists of oatmeal or semolina for breakfast, and a simple vegetable soup with potatoes, carrots and herbs for lunch. For dinner they’re served buckwheat porridge with stewed or boiled meat.

Women who gave birth without any complications are given a breakfast that might consist of porridge made with milk, a cheese sandwich and an egg. At lunch they’re offered a meat-based soup, followed by a second course consisting of boiled chicken, beef or fish with either pasta, buckwheat or boiled potatoes. Sometimes, a potato and minced meat pie is served. For dinner they’re given porridge or vegetables with sausage. 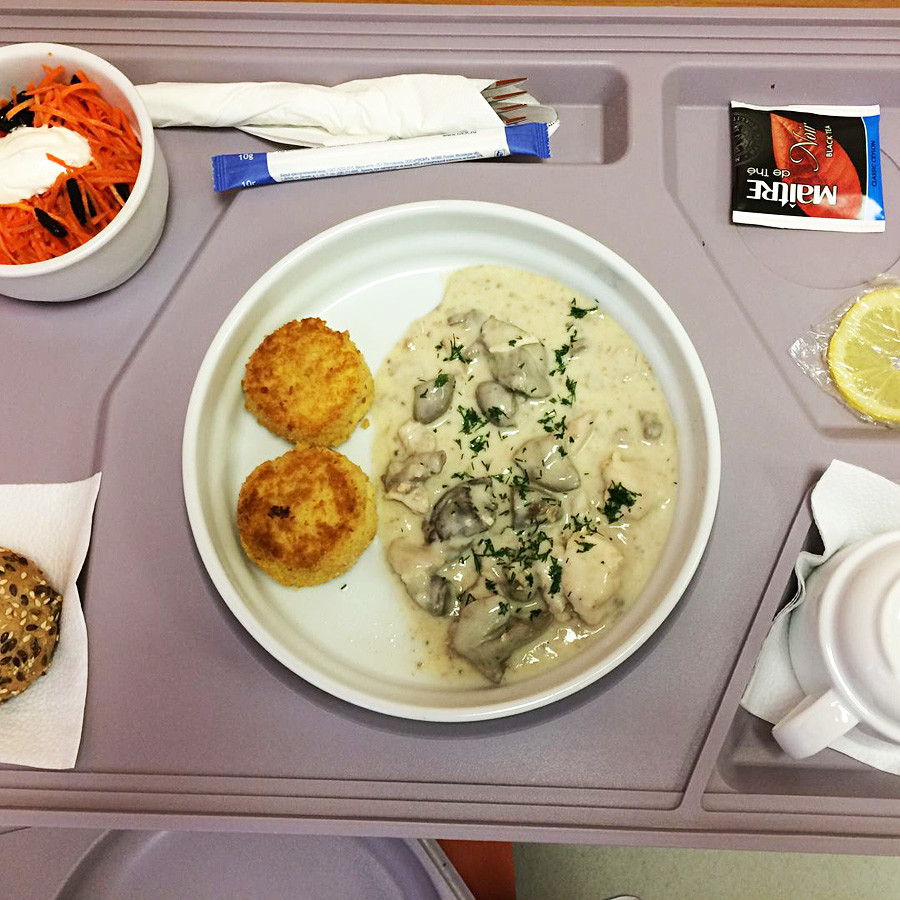 "At Lapino Hospital [which has one of the most prestigious maternity wards in Moscow] for breakfast you can order syrniki (cottage cheese fritters) with sour cream or porridge made from oats, buckwheat, rice etc.," said Polina Pelevina, the hospital’s dietician. "Lunch includes different salads, soup and a main course. For dinner you can have a salad, for example, carrots with sour cream or spinach in a creamy sauce; and a main course, for example, bulgur wheat with chicken fillet and vegetables."

In ordinary state hospitals the situation is similar: "I gave birth free of charge in an ordinary Moscow maternity ward," says a young mother, Irina. "Of course, there were no delicacies, but they fed us well: Soup, a main course with meat, kefir, yogurts, fruit and bread rolls. I yearned for something sweet, so I had zapekanka with tvorog (cottage cheese pie), something that I wouldn't touch in ordinary life."

Doctors recommend that a new mother’s daily caloric intake should be determined individually. "When breastfeeding, a woman needs an additional 500 kcal on top of her daily energy expenditure. Also taken into account are the factor of activity: whether a woman is prescribed total bed rest, confined to a ward or has no such restrictions; the factor of damage to health, such as complicated birth, cesarean section, peritonitis, sepsis, etc.; as well as  increased body temperature," said Pelevina.

If a mother has any food allergies, new foods are gradually introduced to her ration, and the newborn's reaction is monitored. If neither mom nor dad have ever had an allergic reaction to anything, a woman can have a nutritious diet including a variety of foods, “with the exception of onion, garlic and pepper because they affect the taste of breast milk and the newborn might refuse it.” 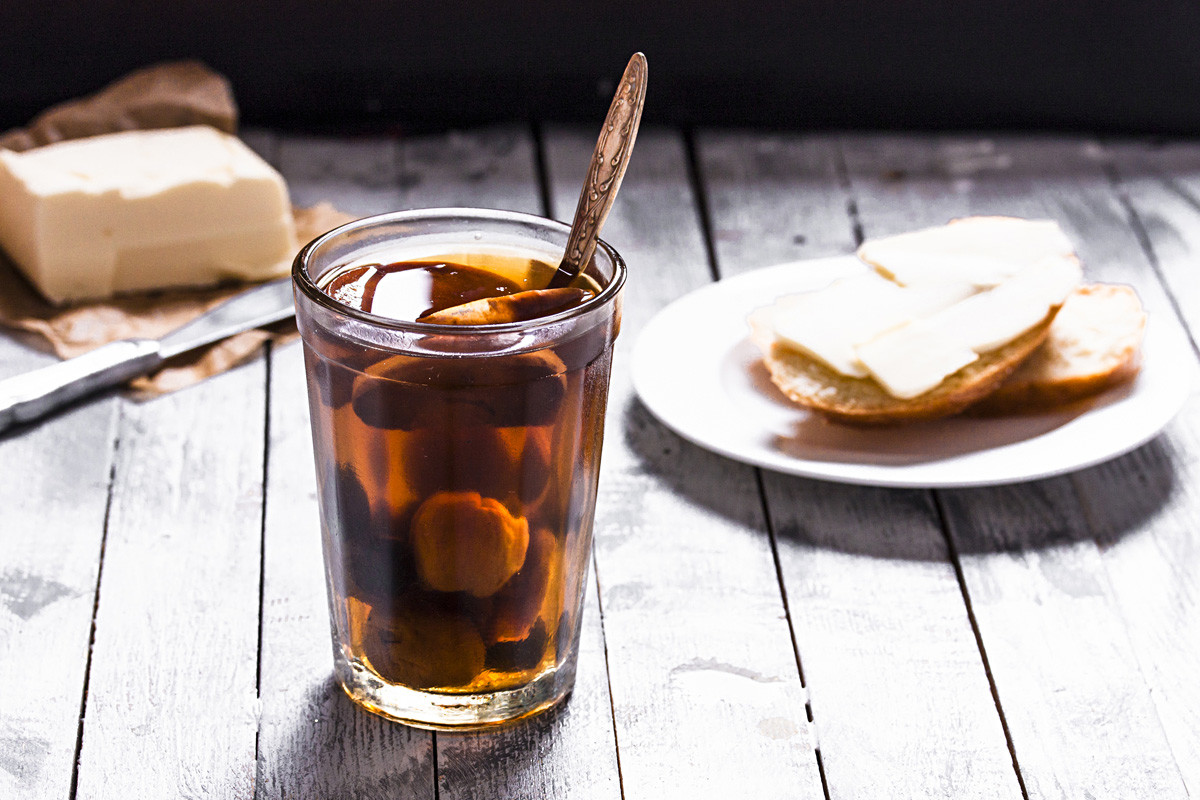 A mother's thirst after giving birth is quenched by various drinks served alongside water at every meal - juice of boiled dried fruit, tea and kefir.

"Mothers who are breastfeeding are advised to go easy on coffee and black or green tea, which contain caffeine," said Pelevina. "The time it takes to remove caffeine from a newborn's system is 3-4 days. Frequent consumption of caffeine can lower hemoglobin levels in both mother and child."

Kefir or fruit yogurt is served in maternity wards almost every day - often before bedtime. At the same time, Russian pediatricians advise mothers to avoid kefir and yogurts with fruit additives when a breastfeeding baby suffers from colic or allergic reactions.

Read more:  Why do Russian women throw their guy out of the delivery room to give birth alone?