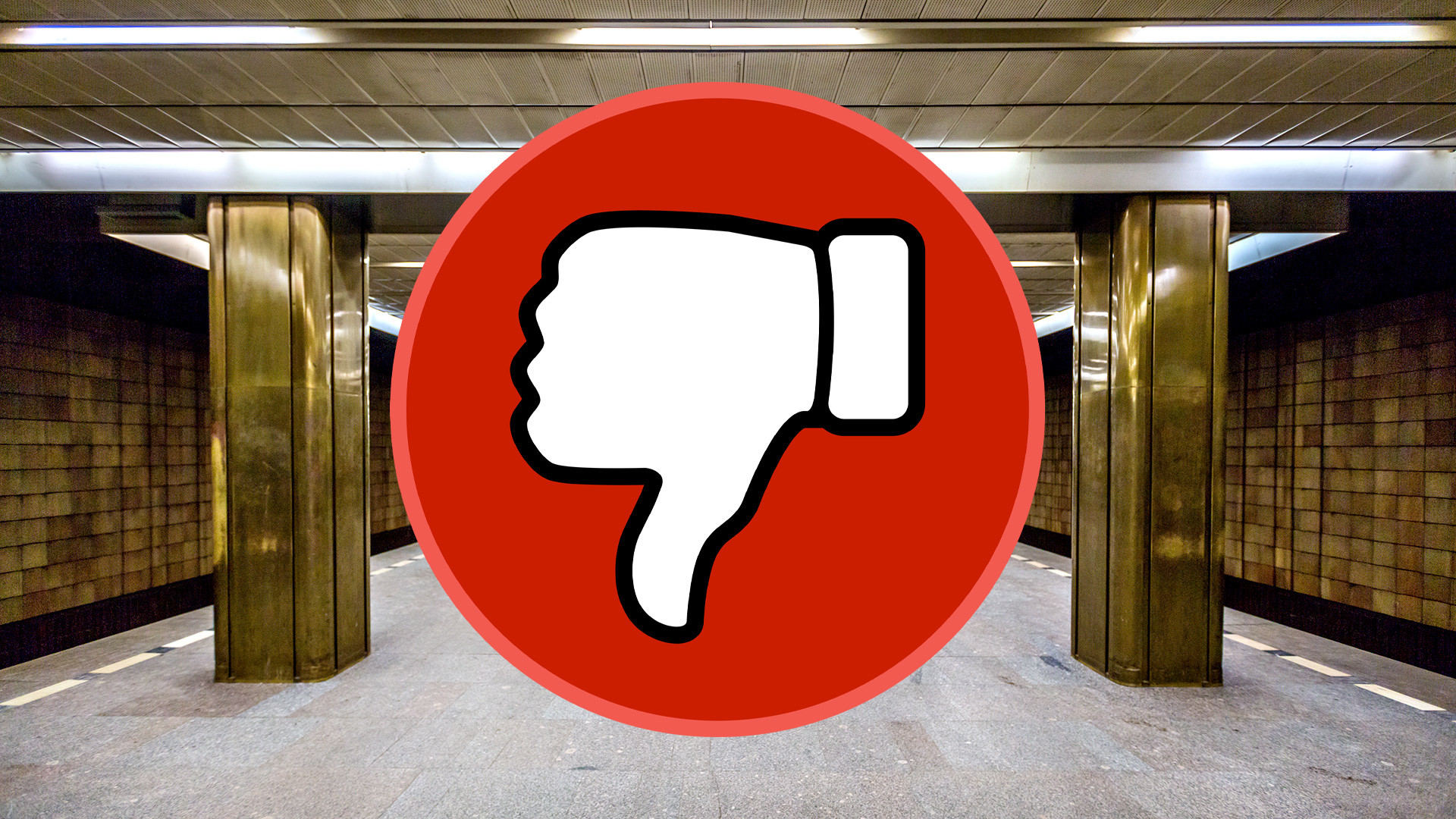 Antares 610 (CC0 1.0), Russia Beyond
The Moscow underground is renowned the world over for its breathtakingly beautiful stations. But these ones… yuk!

Underground palaces, unique masterpieces, architectural gems – there are plenty of different categories you can assign to Moscow’s metro stations. Well, if you’re talking about the ones in the city center, old and beautiful (more on those here).

But like elsewhere, some stations just have to be less beautiful than the others, especially ones in the city’s outskirts. Typically, these are far cheaper than the “palaces” of the center, most of them shallow column stations, which means they are not that deep, and the ceiling is supported by rows of identical columns. 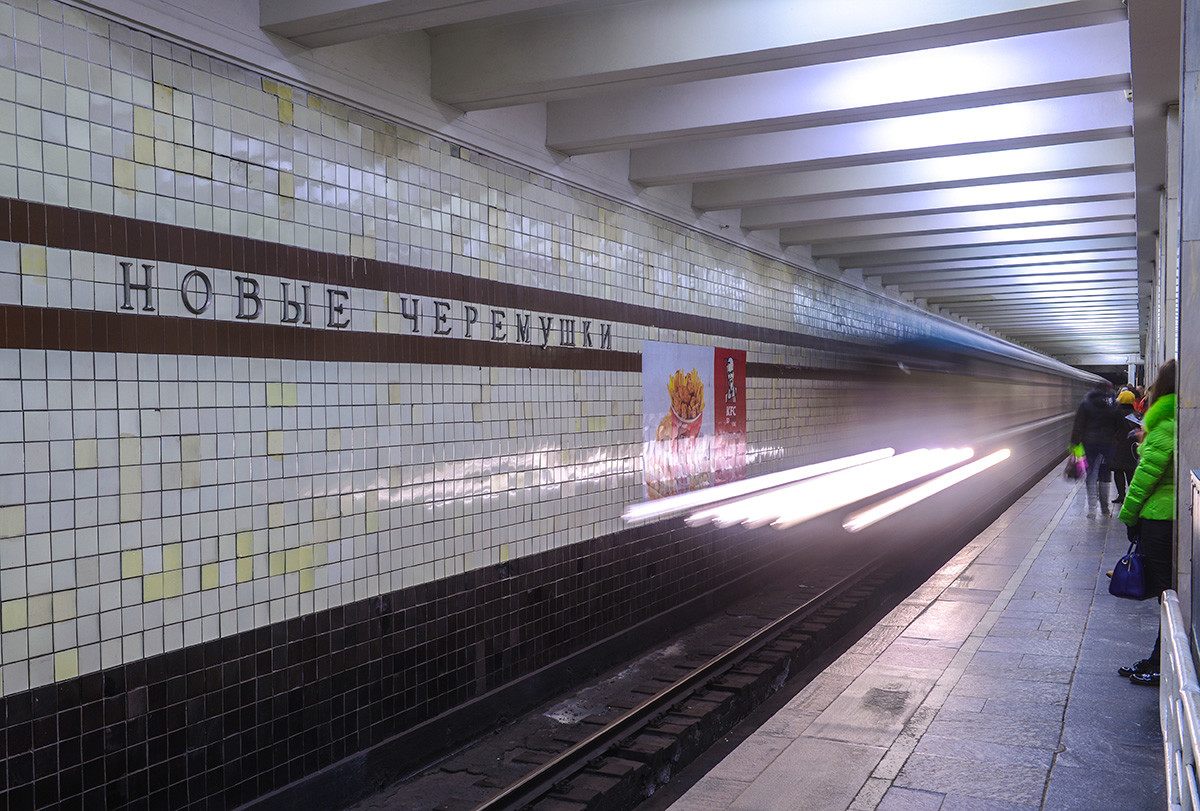 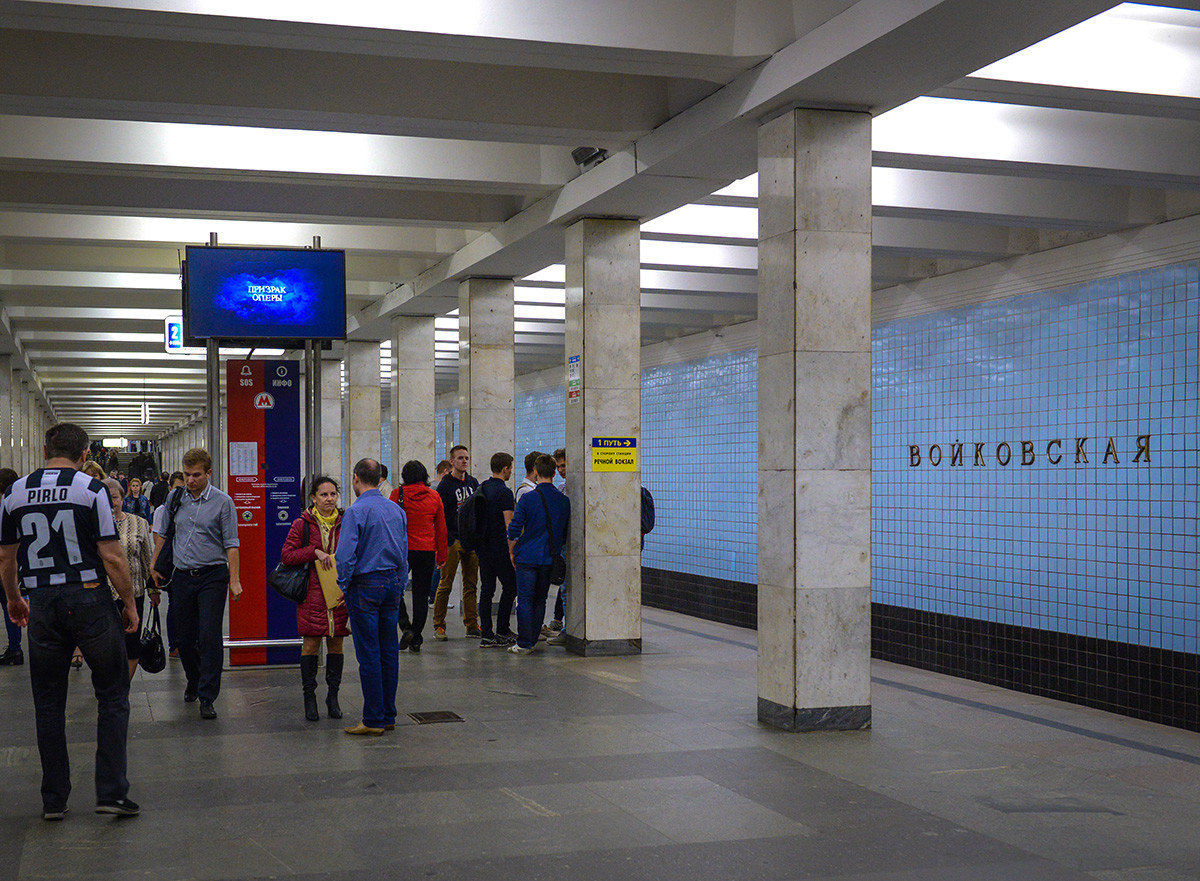 Another sorokonozhka, built in 1964 and situated in the north-west of the city. This one, according to comments online, reminds many people of public swimming pools, hospitals and even morgues, with its cold and soulless light tiles. The station one also has kind of a bad karma, being named after Pyotr Voykov, a Bolshevik who took part in the execution of Nicholas II’s family. Once in a while, anti-communists and monarchist revivalists raise the issue of renaming the station, but Voykovskaya is sticking to its guns. And ugly tiles. 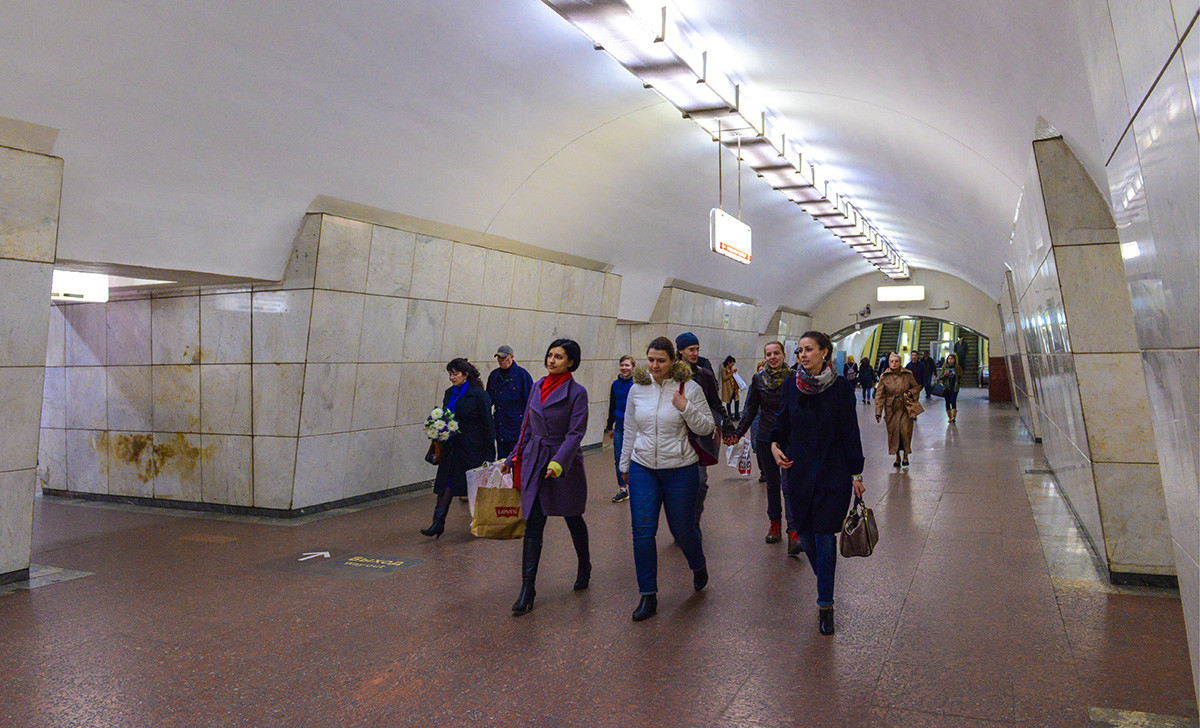 Lubyanka is a station in the city center, built in 1935, among the first ever in Moscow. People bash its laconic design for being too “faceless”. Lubyanka is indeed different from the neighboring stations, as it was built in the modernist tradition: nothing but the bare essentials.

It was an exception. Joseph Stalin, who oversaw the design and construction of the first metro stations, generally preferred a more lavish decor - one you can glimpse, for instance, at Komsomolskaya. The people are with Stalin on this. 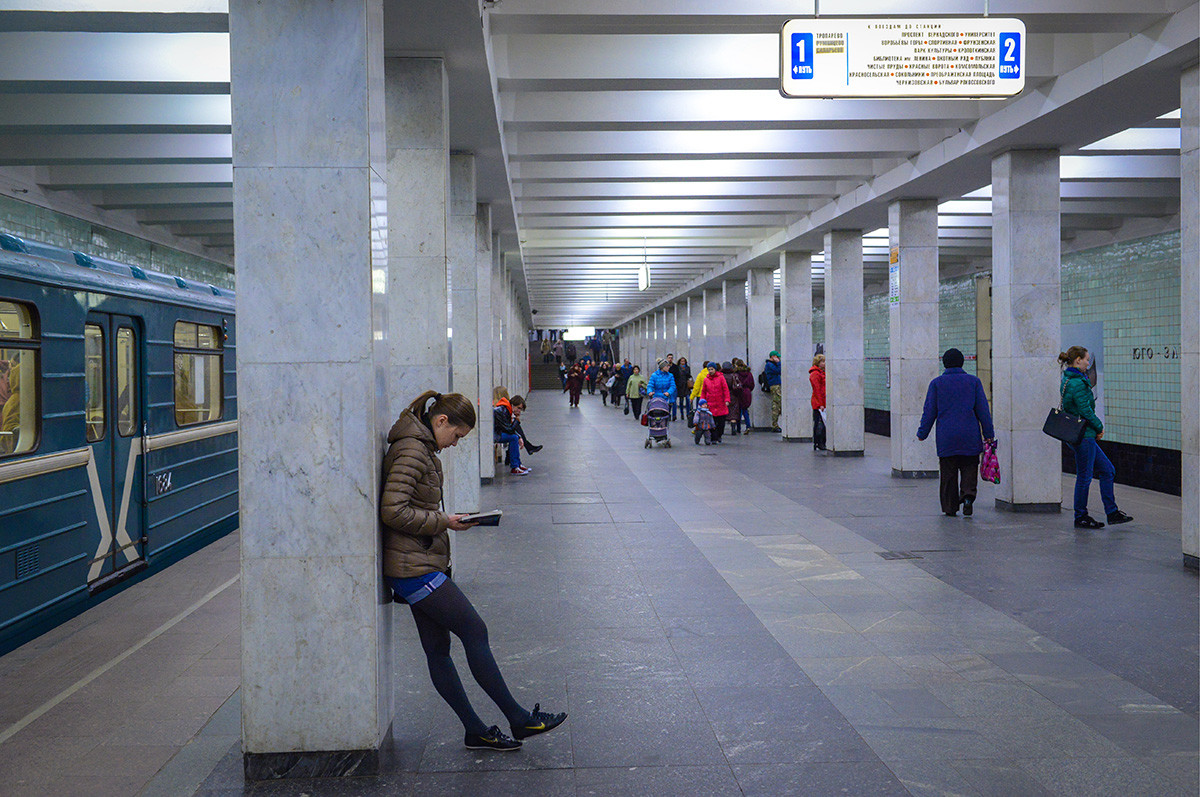 To avoid criticism for my subjectivity , I want to emphasize: Yugo-Zapadnaya is my station, as a Muscovite I spent most of my life living in the neighborhood, in the south-west. And I’m sorry, but it’s ugly too. Yet another “centipede” created in 1963, it changed its looks from Voykovskaya-style tiles to blue composite panels in 2016, but remained infinitely boring. Sorry, Yugo-Zapadnaya, I still love you. 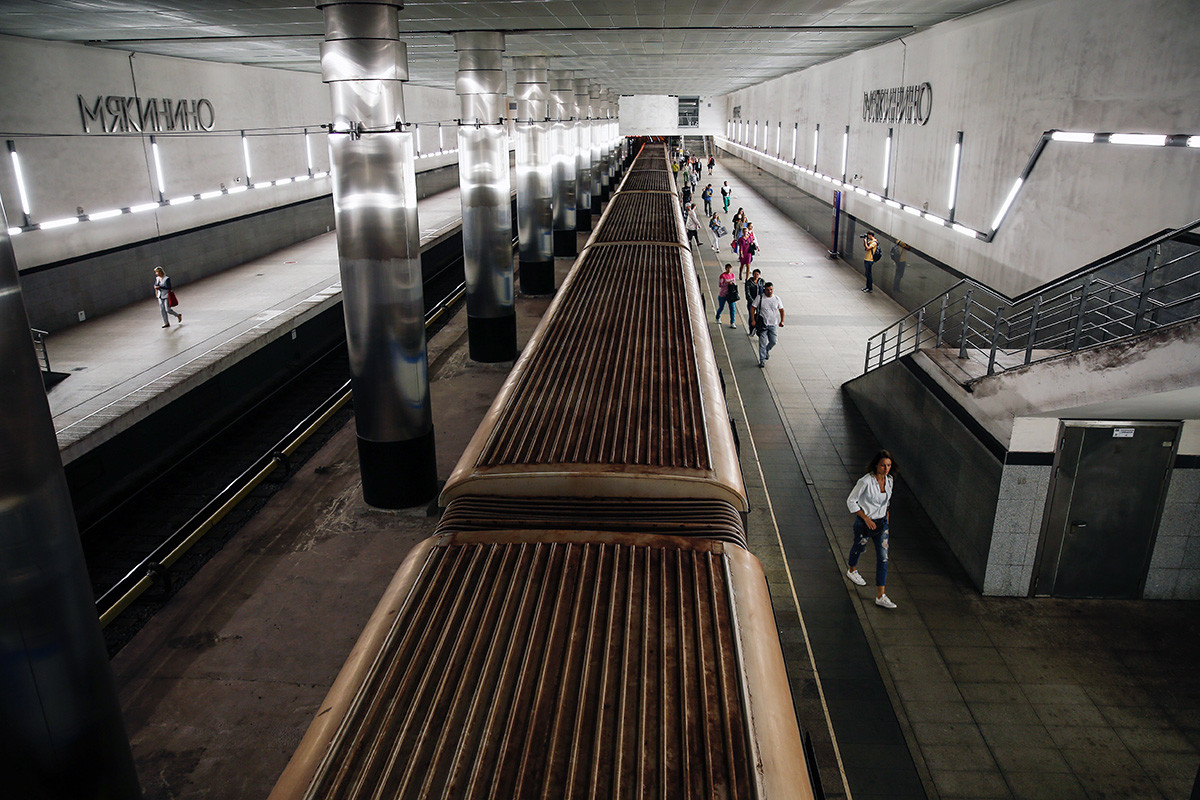 Quite a unique station: the first one to be built outside Moscow (it is situated in Krasnogorsk, Moscow Oblast) and the first created under a public-private partnership. The Crocus Group, developer of the nearby Crocus City Mall, invested $20 million to build the station in 2009 and make the mall more approachable.

But citizens, at least at first, didn’t like the new station and its modern design, considered too grim and “morbid”. Metroblog even dared to call Myakinino “a freak of a station.” Ten years later, people seem to be getting used to it, but still it gets a lot of mentions in the dispute on the least beautiful stations. 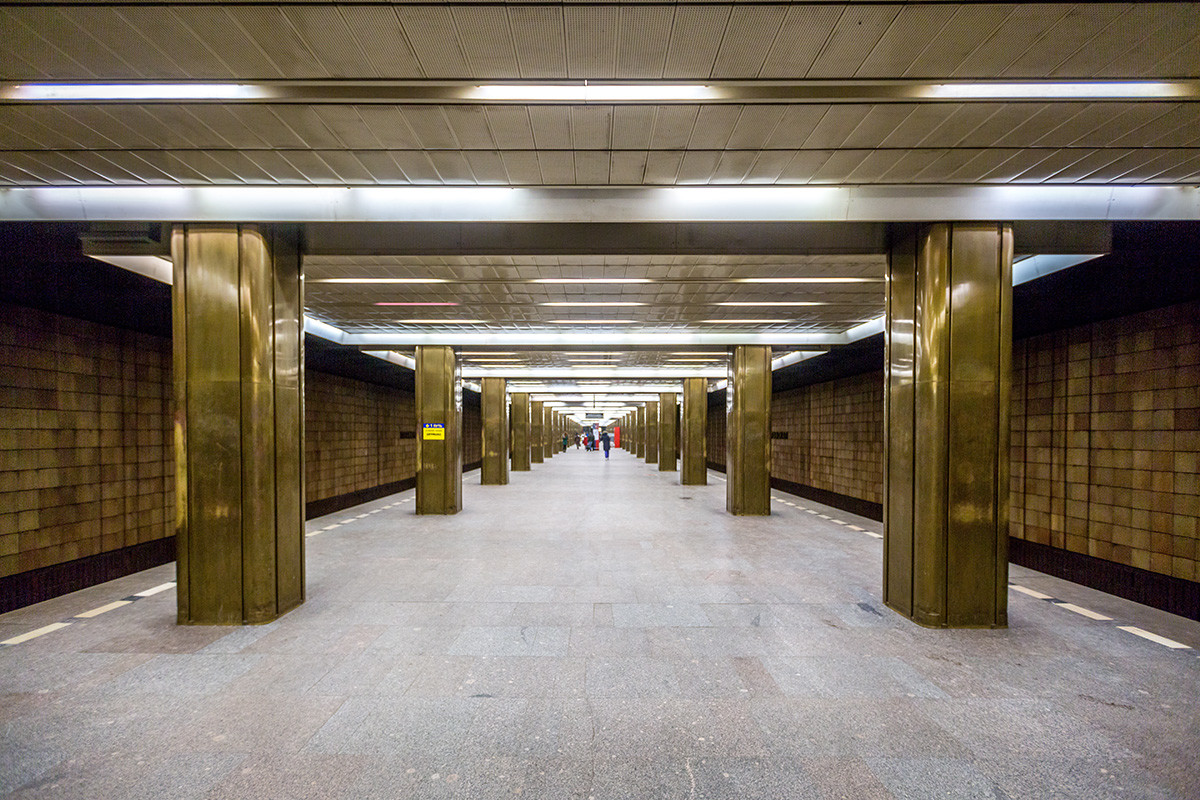 Also a station with history – Czechoslovakian architects and engineers helped to design and build it in 1985, in the south of Moscow (and Soviets helped to create Anděl metro station in Prague, which was originally named Moskevská).

The station employs a golden design and looks impressive, but very dark – like you are inside  a sarcophagus . Perhaps it’s not exactly ugly, but surely not very pleasing to look at. 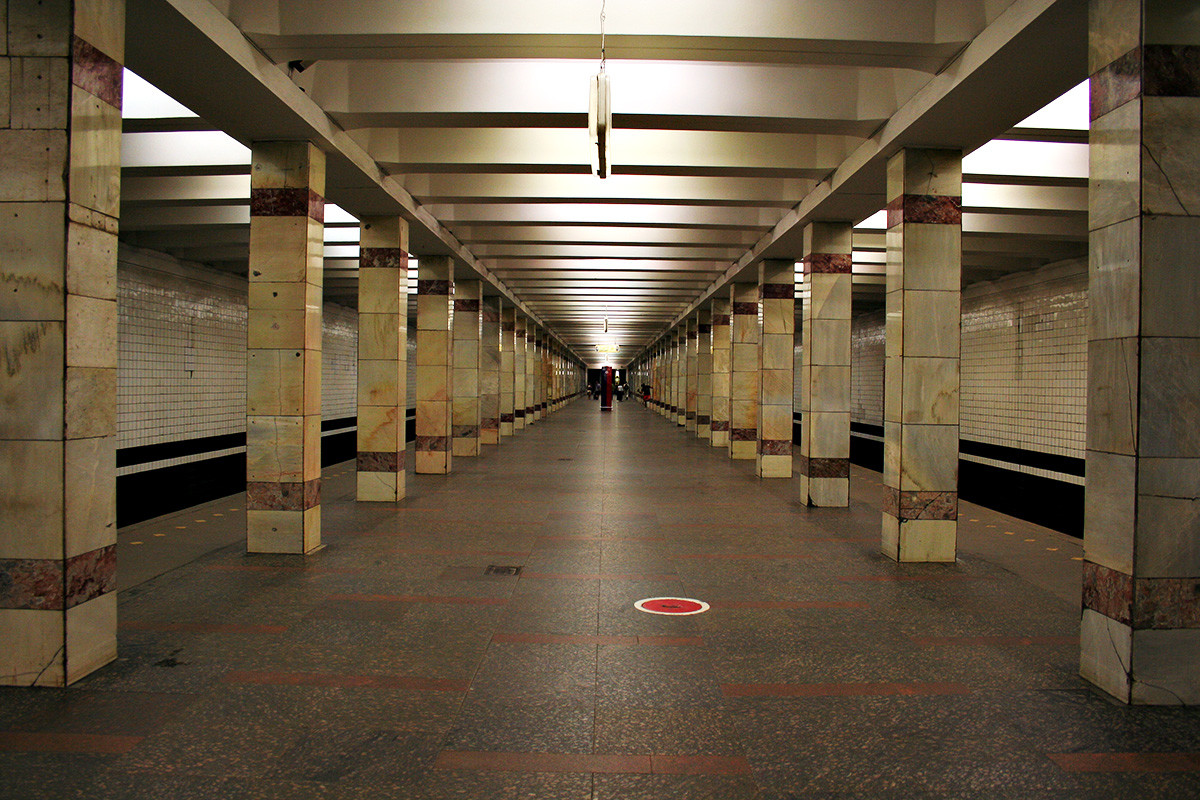 Yes, it’s another “centipede” station that looks exactly like others of its kind, with boring, slowly decaying tiles. Nothing to remember it by, so feel free to close this page and forget all these stations like a bad dream. After all, there are so many other beautiful and dramatic things to see in Moscow, both under and above ground.