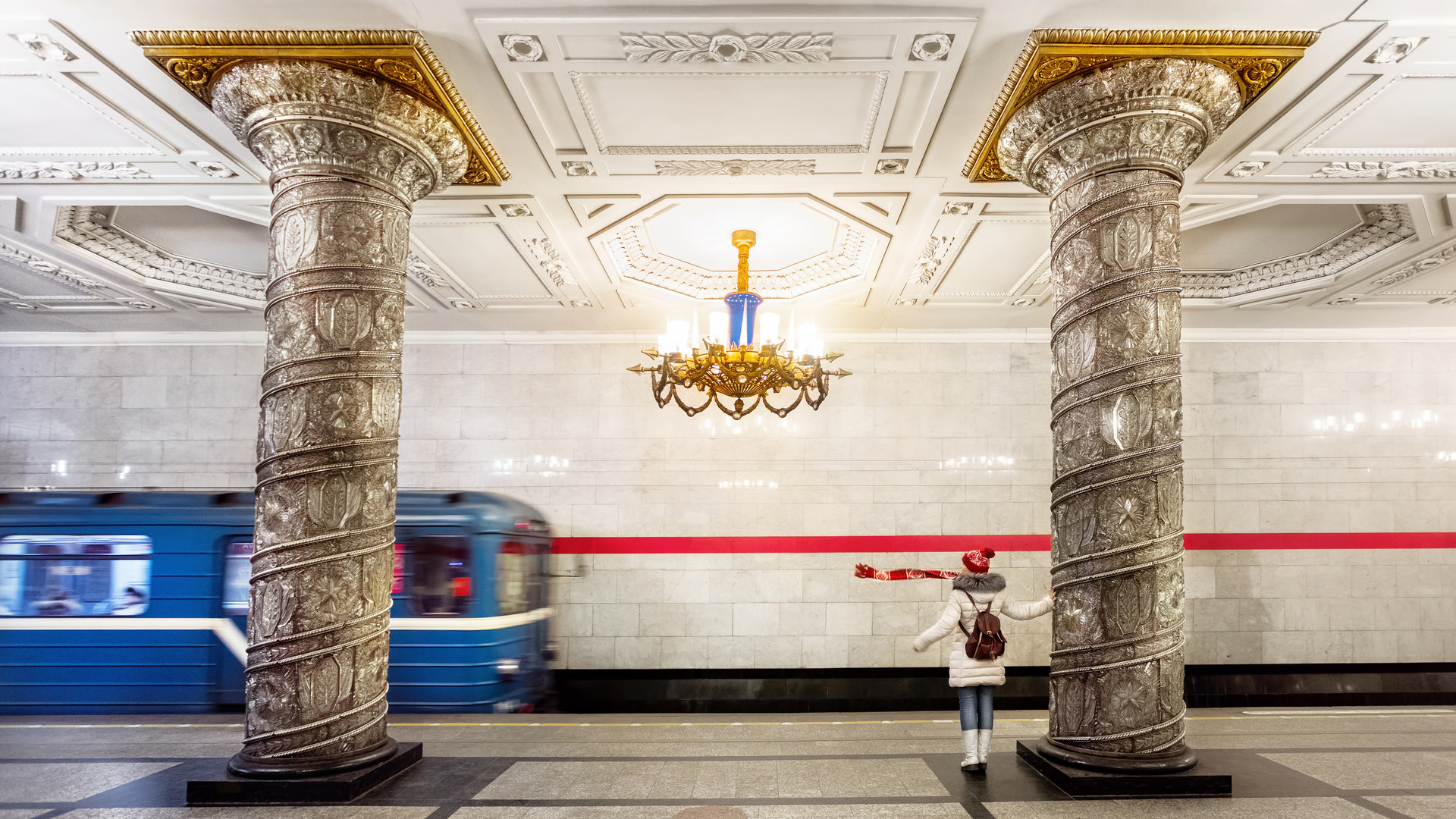 Legion Media
Tired of Imperial palaces and bad weather? Then get down and explore these underground palaces, built for Soviet workers.

Russia’s cultural capital received its underground transportation system only in 1955, 20 years after the Metro opened in Moscow. Less money was spent on construction and decor, but Leningrad’s subway was unique from the very beginning. It’s one of the deepest in the world, as most stations are located at a depth of below 50 meters, with workers having had to deal with difficult geology and underground rivers during construction.

We picked out the most impressive for you. 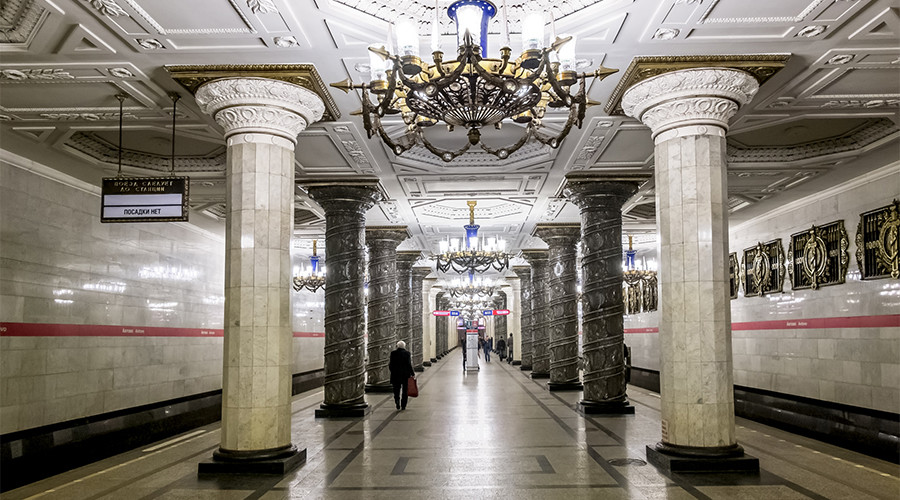 Listed as one of the 12 most beautiful subway stations in the world by The Guardian, this station can compete with ballrooms of the Hermitage museum.

“The underground palace, lit by bronze chandeliers and beautiful crystal columns, is absolutely stunning”, says Jina Park, a tour coordinator for the International Women’s Club in St. Petersburg. “Don’t miss the Victory mosaics at the end of the platform - a symbol of peace and hope,” she adds. 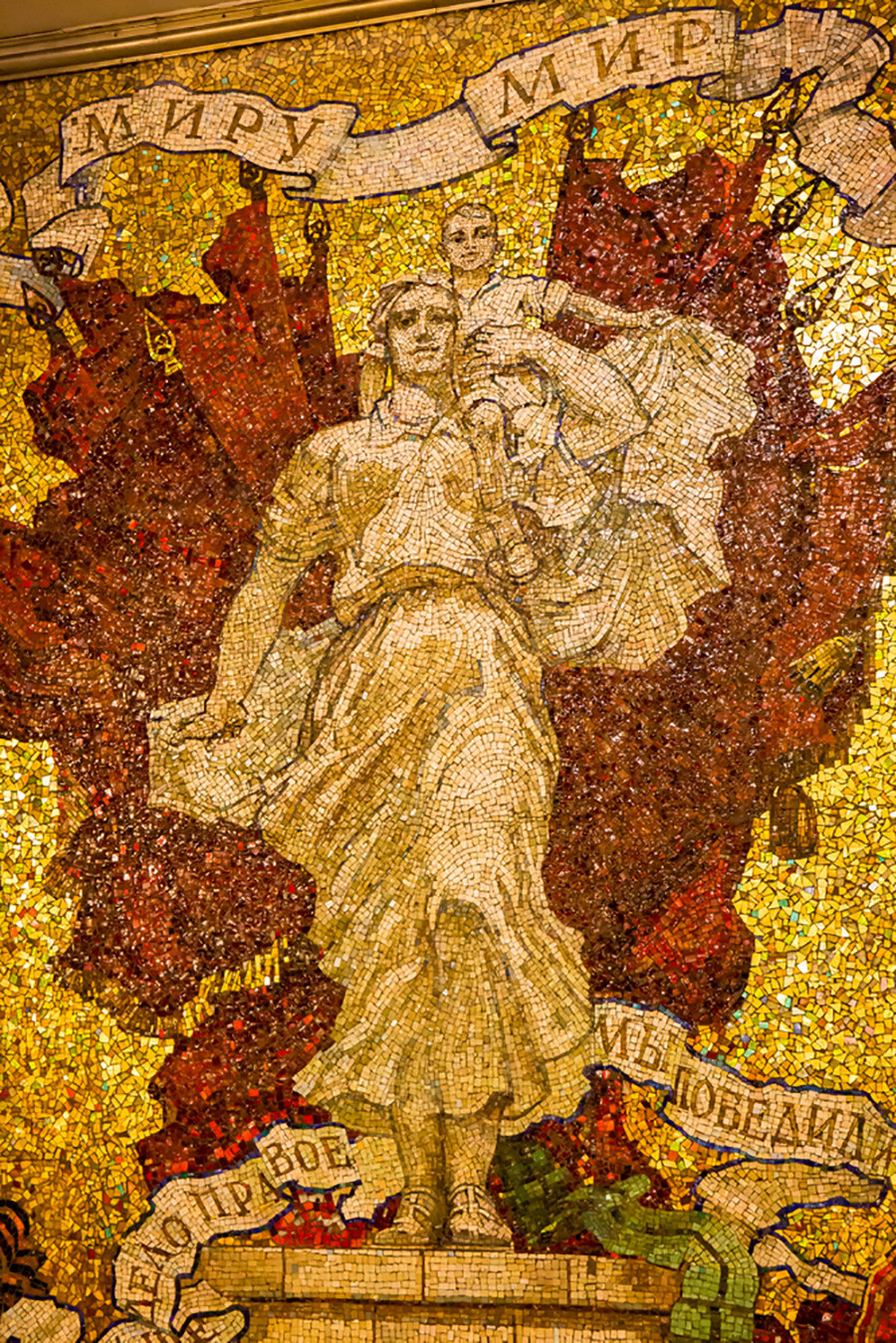 This station is the closest one to the Peterhof royal residence outside St. Petersburg, but even if you don’t plan on visiting, do make it to the outside of the station to see its impressive entrance hall and staircase. You’ll have to buy a new ticket to go back inside, but it’s absolutely worth it. The best time to visit is around 12-2pm on weekdays, you can catch it mostly empty and snag a great photo that would not have been possible any other time of day. 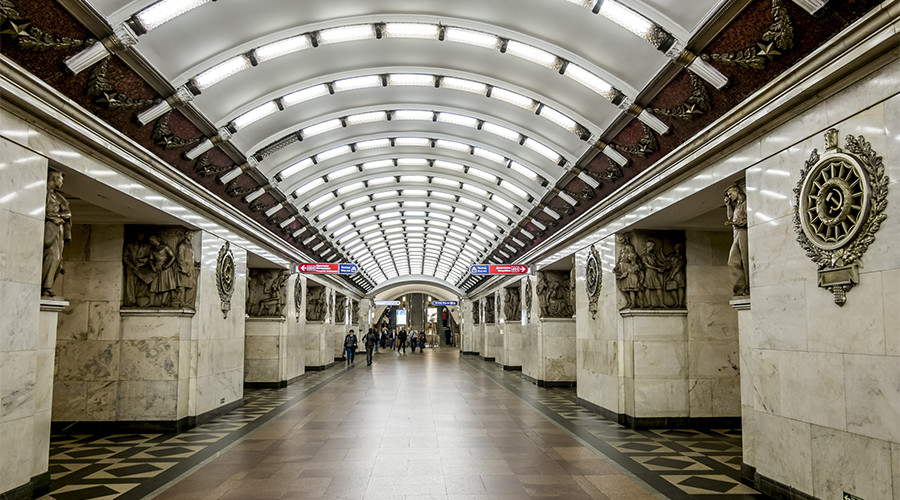 This is another perfect example of state propaganda dictating architecture and design. The station is decorated with sculptures of Soviet workers: collective farmers, shipbuilders, plant selection breeders, doctors, soldiers and so on. At first glance the visitors might think that they see 48 different bas-reliefs, but it’s actually only 12 different professions repeated along the platform. 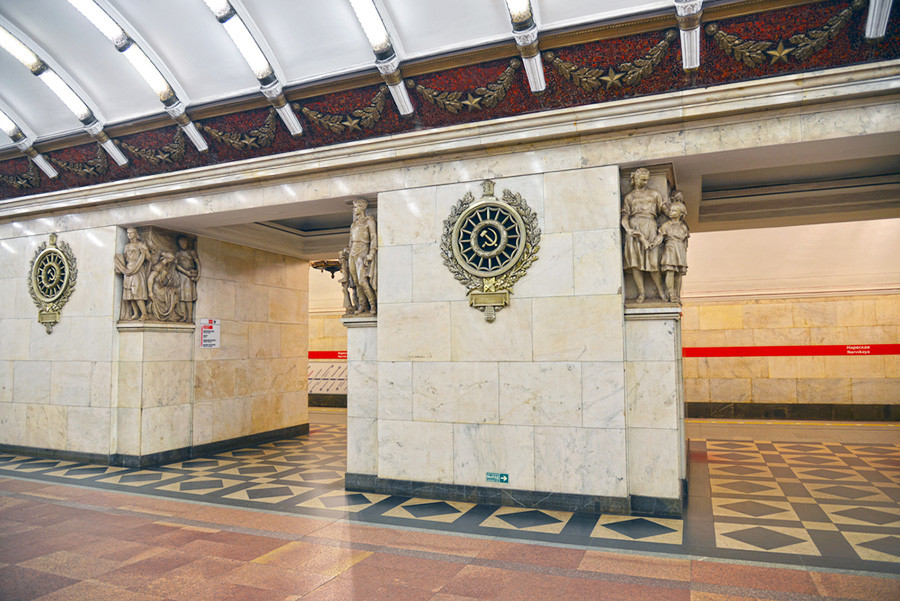 Also Narvskya perfectly illustrates the process of "de-Stalinization" taking hold, which was happening around the time the Red line was being completed. “Above the escalators there is a huge bas relief showing Leningrad workers at a communist demonstration”, explains Lothar Deeg, German guide and author of several guide books about St. Petersburg. Interestingly, visitors often exhibit curiosity about the figure of an unknown man standing with a banner. “The project of this work shows the figure of Stalin at this place. But the sculptor was by then forced to leave him out”, Deeg reveals.

There was another image of Joseph Stalin at the station, but it was subsequently covered up with a false wall in 1962. Even nowadays it’s not clear if the mosaic has remained intact underneath this whole time. 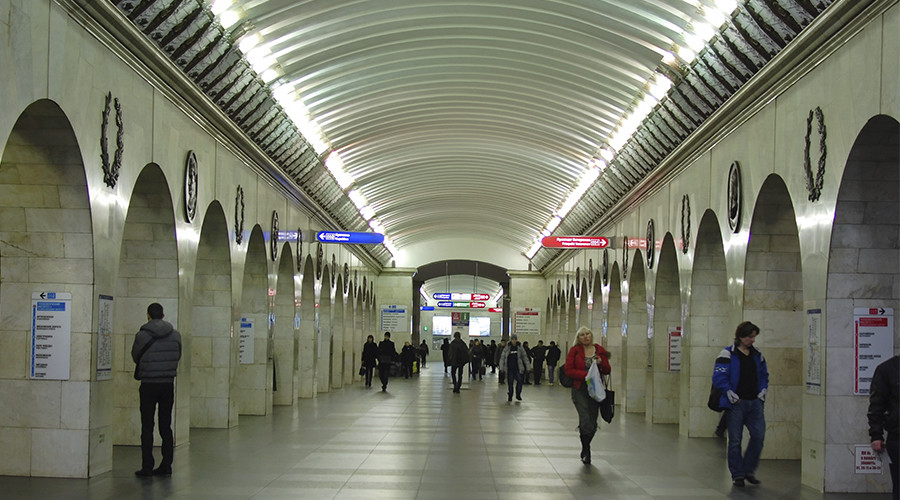 It is the only cross-platform interchange station in St. Petersburg with two different lines facing each other. Passengers can easily switch from the Red to the Blue line (and vice versa) in the vestibule. To see the original depot, opened in 1955, you need to take a Red line train going south from the city center.

The theme of the station is the achievements of Russian and Soviet science, as the surface vestibule is located next to the Saint Petersburg State Institute of Technology. Impressive arches are decorated with Ural marble and 24 bas reliefs with portraits of well-known scientists. Feminists will be sad to learn that there is only one image of a woman there – 19th century mathematician Sofya Kovalevskaya. 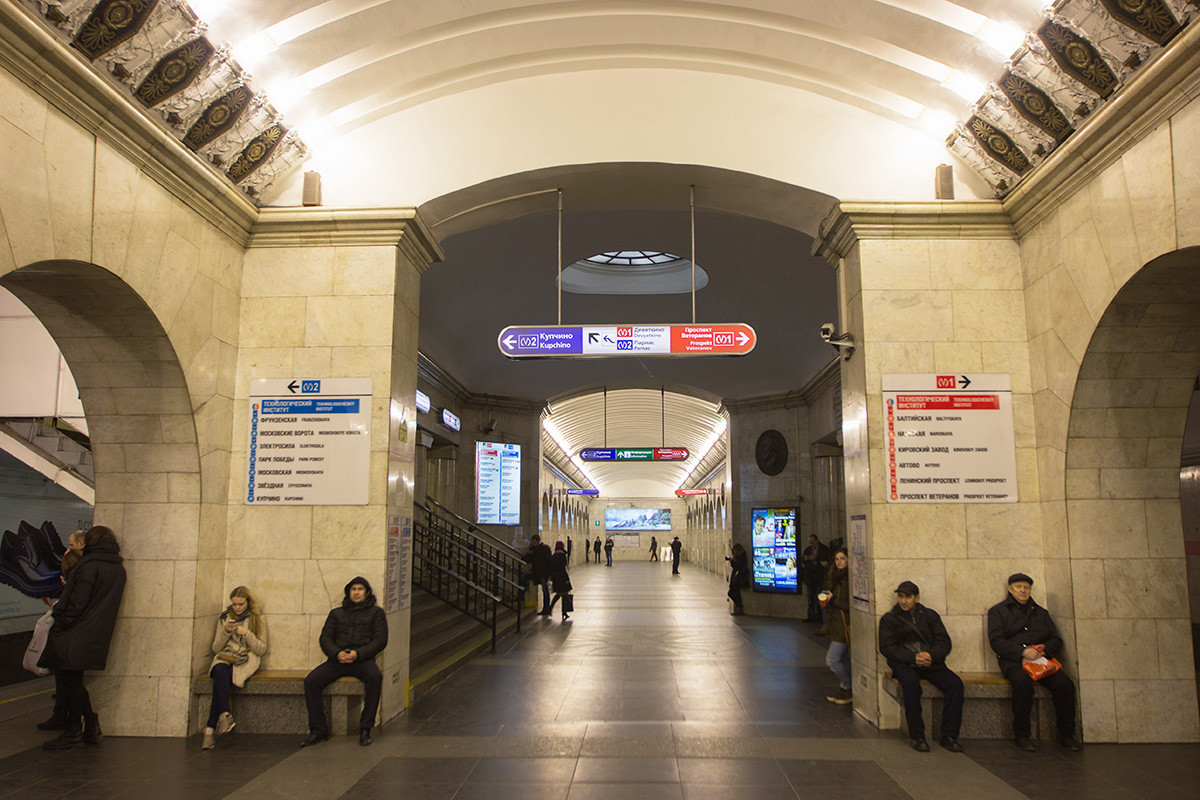 If you go from Avtovo to Ploshchad Vosstaniya, you will see the modest vestibule, built in the 1960s. Some residents cynically compare it with Soviet public toilets, making fun of cheap materials used during construction. 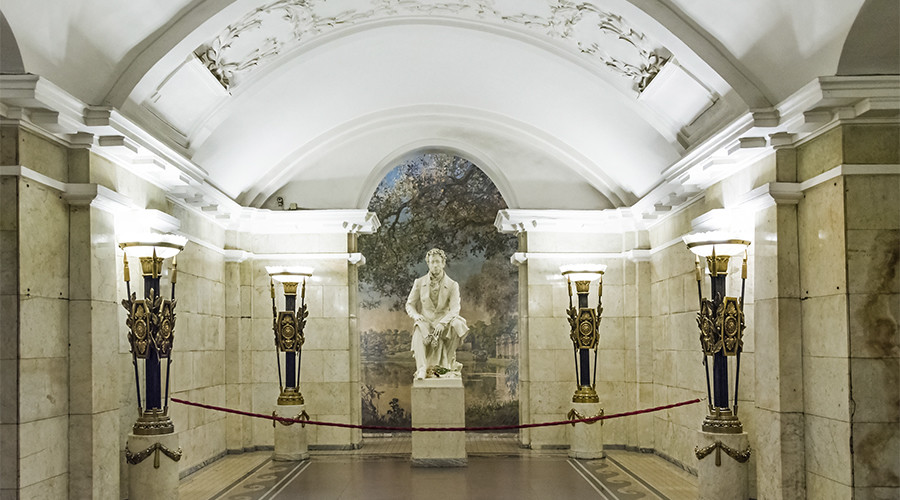 This station was the first to feature an underground monument - and no surprise it is Alexander Pushkin’s. Tourists can get to Pushkin town by train from the Vitebsky railway station located above. The young poet studied there in the lyceum, which he glorified in his works. The hall looks like a writer’s temple with white marble walls, neoclassical lamps and antique floor patterns. 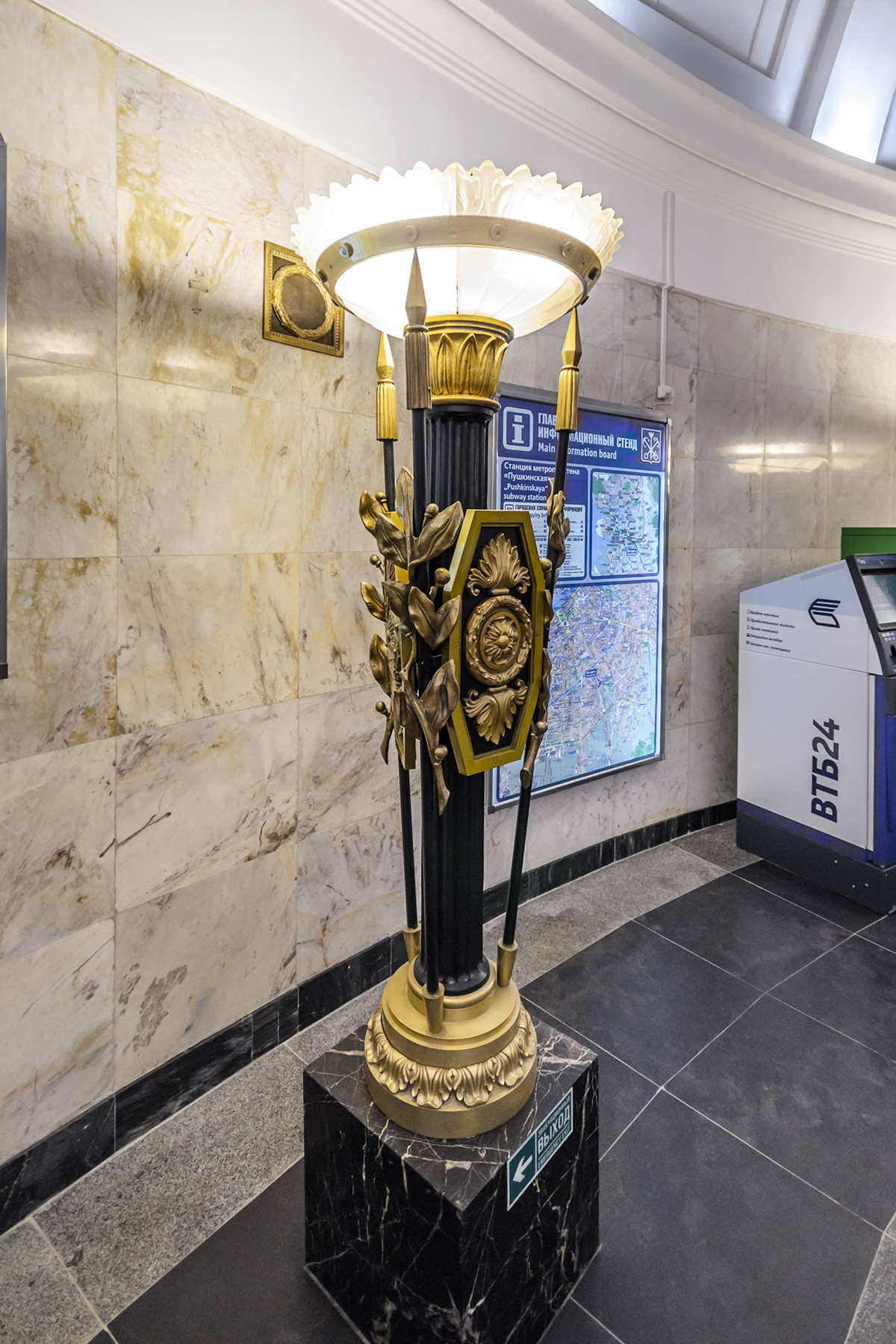 Student Alicia Adriani admits that Pushkinskaya has a soft spot in her mind: “I noticed that the Pushkin statue is always holding a bunch of flowers, meaning that there are people who come here every day and put the flowers, something you don't always see in other stations”. 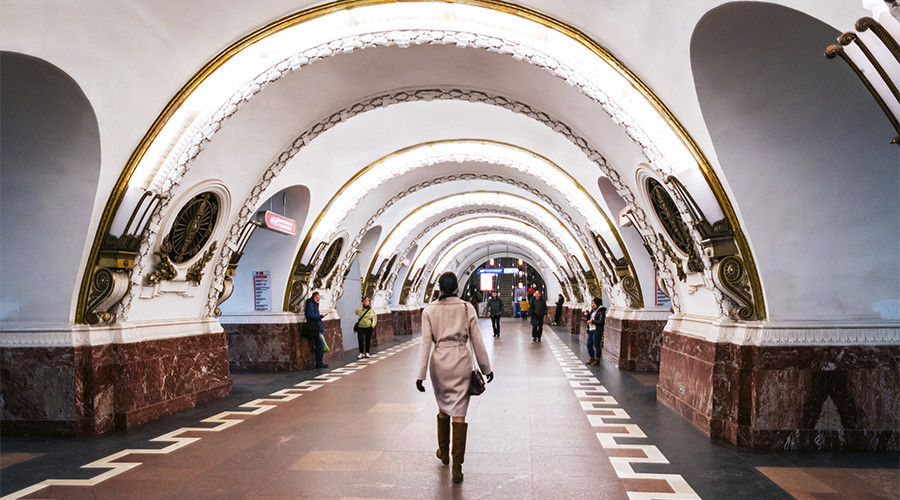 This station is a must for those seeking to learn about the Great Russian Revolution. The name can be translated as “Rebellion Square”, in honor of the events which had taken place above it. Before the Bolshevik revolution the area used to be known as Znamenskaya Square, and was adorned by the Znamenskaya church. Mass demonstrations and protests happened here in 1917. When Vladimir Lenin and the Bolsheviks had taken power, they renamed the square to commemorate their uprising, and destroyed the church. In its place, a metro station’s vestibule appeared. 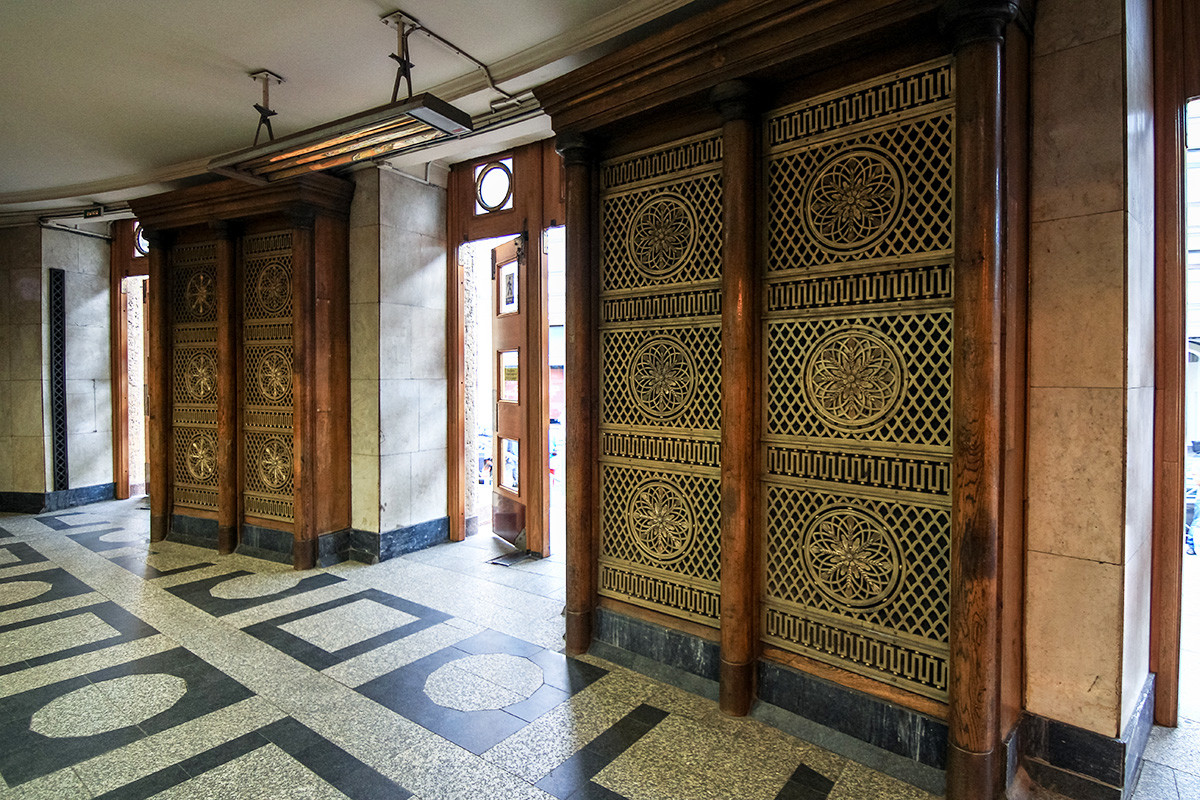 You can find all kinds of Soviet symbolism there: stars, hammer-and-sickles, as well as four bas reliefs portraying Lenin. At the scene in Tavrichesky Palace you can notice the figure of Stalin – the only one to have survived the "de-Stalinization".