About 6,000 Russians are not allowed out of India due to coronavirus 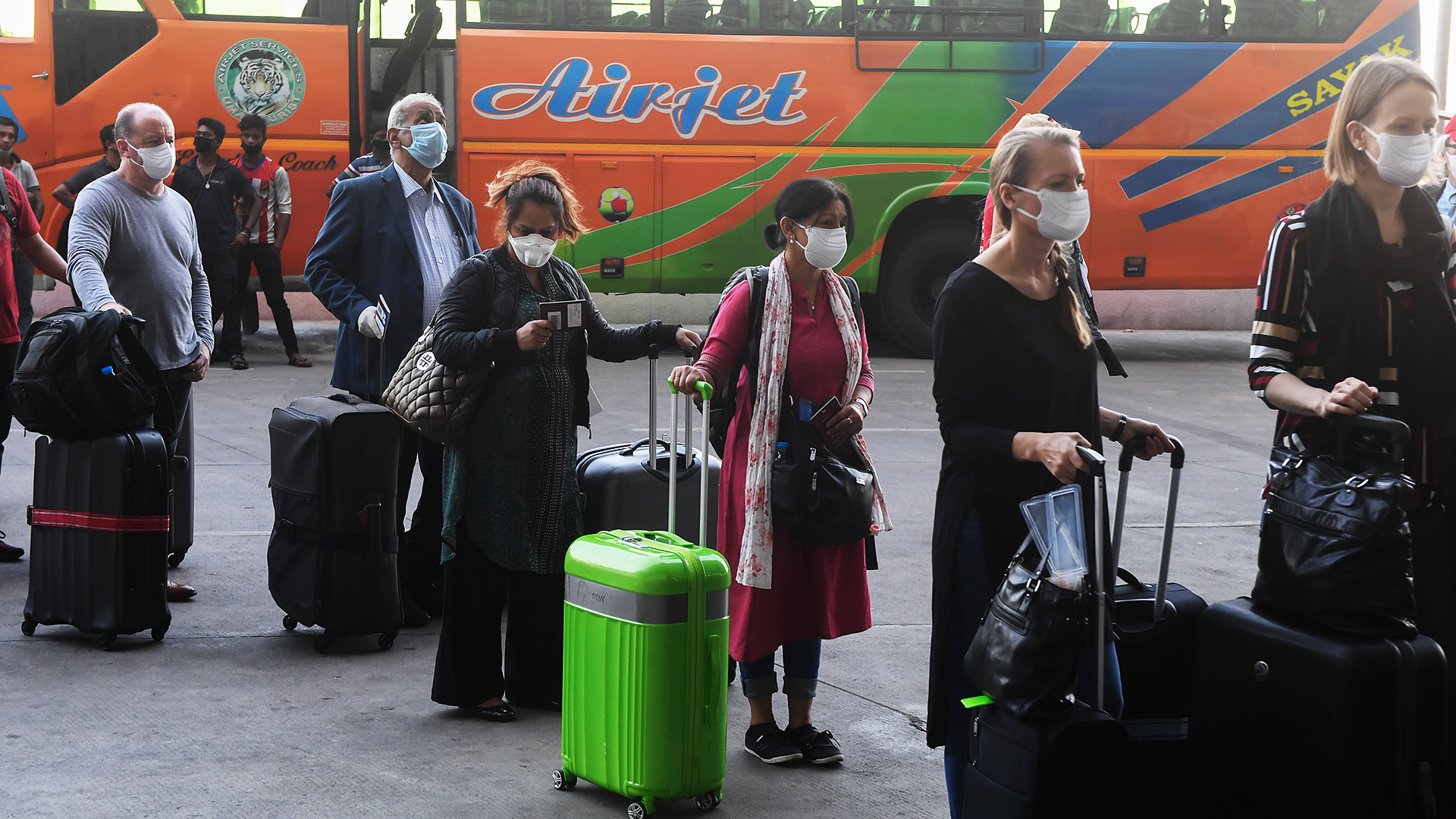 AFP
Airlines are charging almost $2,000 for flights home. Some Russians don’t even have money for food.

On March 25, 2020, to combat the spread of coronavirus, India announced a 21-day lockdown. People are not allowed to leave their homes. All flights are canceled, and public transport suspended. Offices and places of worship are also closed, cities are cordoned off.

In the midst of all this, 5,811 Russian citizens contacted their nearest consulate asking for help to return to Russia, the Russian embassy in India reported.

“We are receiving appeals for assistance all the time. Mostly from people in Goa. In addition, around 1,000 Russian citizens have contacted us in our consular district in Delhi,” stated the embassy.

How are they surviving?

Maxim Podoprikhin, who organizes river trips to Goa, was left workless due to the quarantine, and is currently living in a small village in northern Goa together with his wife and child. The family bought tickets in early February to fly back in March, but all flights were scrapped.

“The police are constantly patrolling the streets, and gas stations, pharmacies, and ATMs are shut. Shops open only occasionally. Russians have their own chat forums and post straight away when products go on sale at a particular store. When that happens, there’s a mad dash to get there,” says Mikhail. 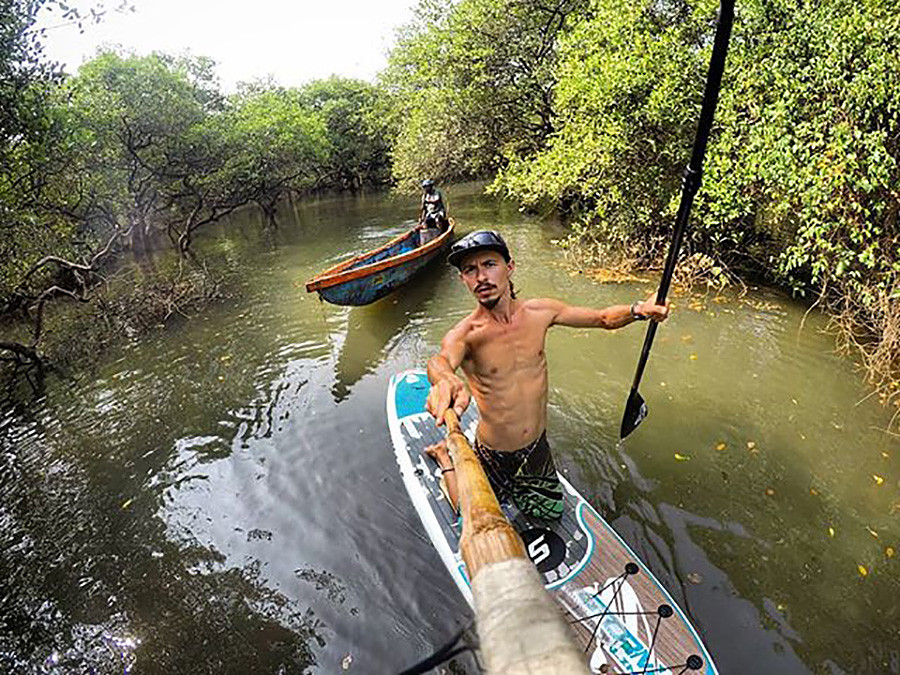 As he explains, this causes a lot of jostling and crowding around, which only increases the risk of coronavirus. The mass of shoppers also means that he can only buy essentials: rice, flour, butter, and in rare cases fruit and veg.

“Locals believe that all whites are to blame for the spread of the virus and refuse to help us. And the police do all they can to arrest people who violate the lockdown, hiding in back corners,” says Podoprikhin.

According to him, the Russian Foreign Ministry is providing no information. People are simply asked to fill out a form for the delivery of food, which no one then brings.

“Aeroflot was offering tickets to Russia for 65,000 thousand ($829) per seat, but we don’t have that kind of money. The March 31 flight left without us, despite 54 empty seats. We don’t know what to do next,” says Mikhail.

Another Russian woman, Lilia, flew to Delhi on January 28. She too was unable to buy a ticket back because of flight cancellations. 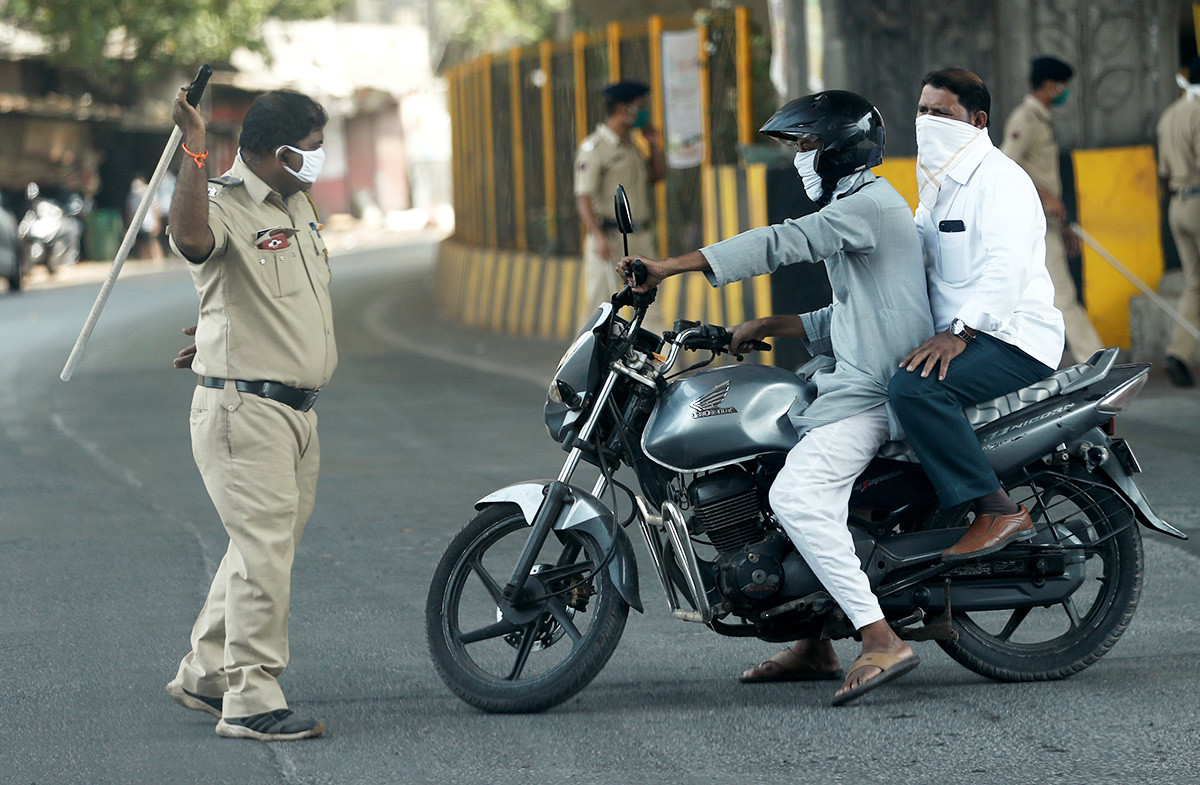 A policeman wields his baton at a man riding a motorbike as a punishment for breaking the lockdown rules, after India ordered a 21-day nationwide lockdown to limit the spreading of coronavirus disease (COVID-19) in Mumbai, India

Having been kicked out of her hotel, Lilia is bunkering with friends. For now she can’t even go out on the balcony, since local residents are apparently forbidden to shelter Europeans during the lockdown.

“The embassy told me over phone that there would probably be no evacuation flights before April 30 — only commercial ones. I really want to go home,” she laments.

The Russian Foreign Ministry has stated that a working group on coronavirus control is drawing up plans to repatriate Russian citizens. 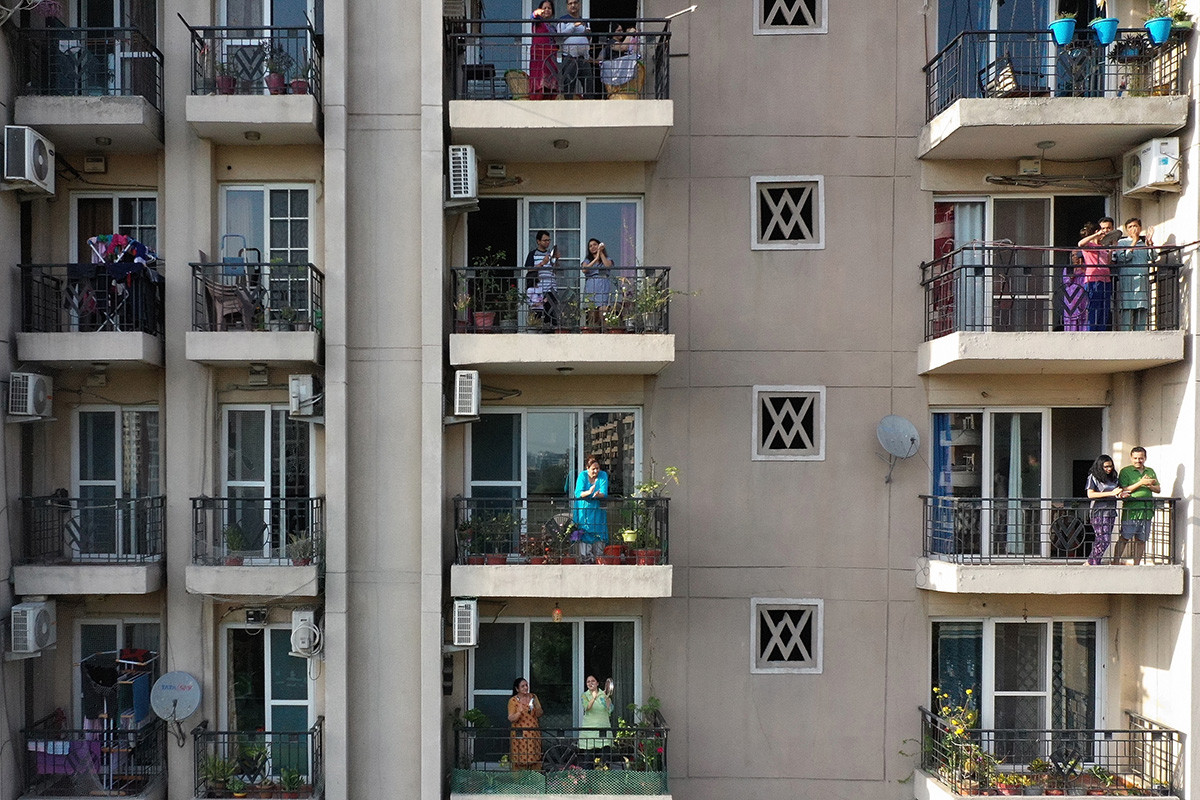 People gather in flat balconies of a residential building to clap to thank essential service providers during a one-day Janata (civil) curfew imposed amid concerns over the spread of the COVID-19 novel coronavirus, in Indirapuram

“Rossiya Airlines will deliver 133 people from Goa, Azur Air 460 people from Cancun, Aeroflot 402 people from Thailand to Moscow and 417 people from Denpasar,” it announced.

The statement also mentions six flights out of India, Tunisia, and Thailand scheduled for April 1, 2020. Russian citizens are also stranded in Qatar, Italy, Britain, Tanzania, Sri Lanka, and other countries.

“The working group met to discuss the repatriation of Russians [from the above countries]. The work of the group continues on a daily basis,” reads the statement.

Russia Beyond has reached out for comment to the Ministry of Foreign Affairs and the Aeroflot airline.