Why did Soviets love to spend their holidays on long and arduous hikes? (PHOTOS) 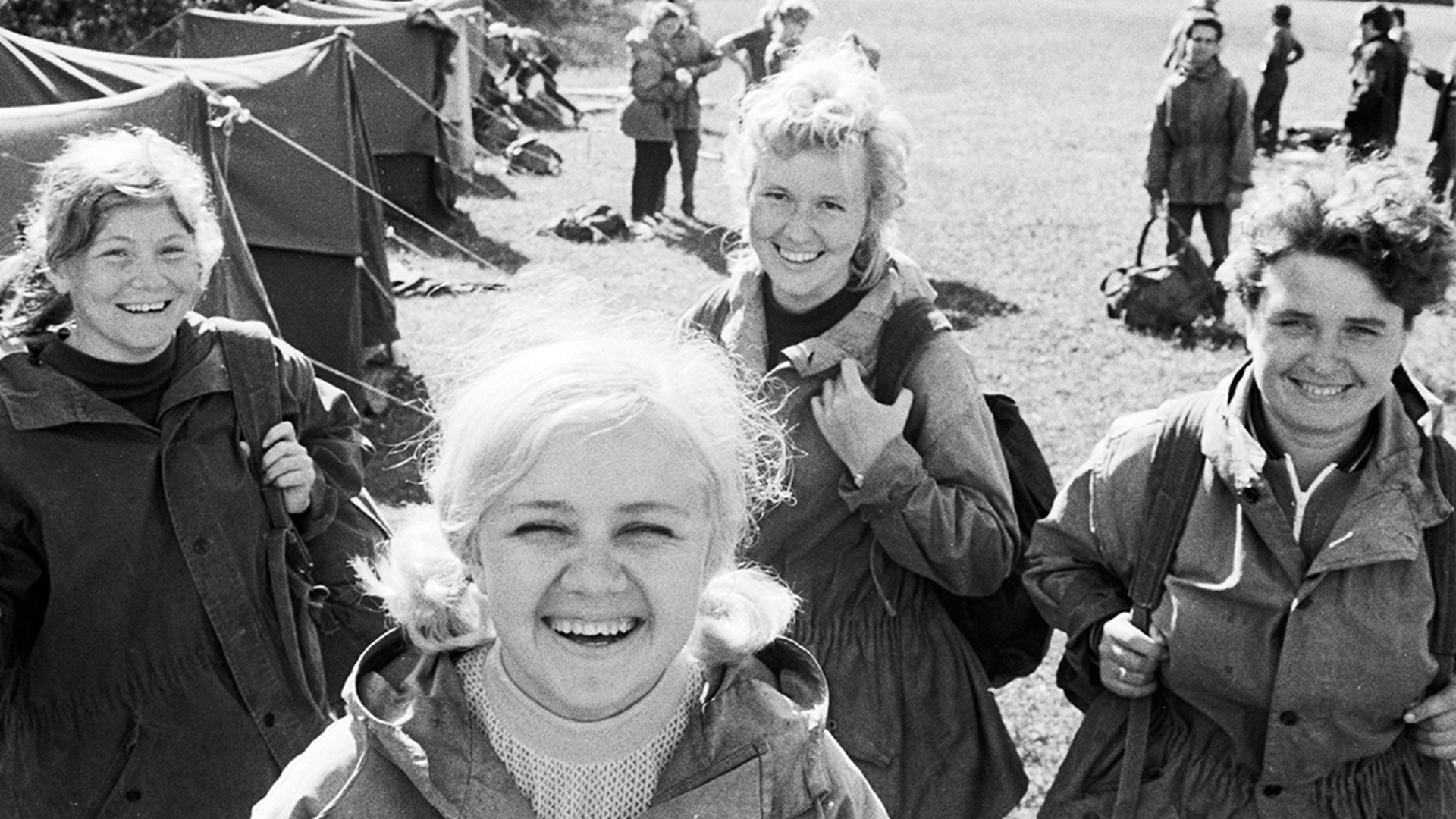 TASS
Soviet people were convinced that it was around a campfire or on a mountain pass that you could discover who you really were, find real friends and maybe even meet a life partner.

Nights spent in a tent, strumming songs, baking potatoes on a campfire—in Soviet times, hiking was a very popular pastime. Backpackers explored the taiga, went rafting and kayaking on the swift rivers of the Urals, and did all this while making friends for life. 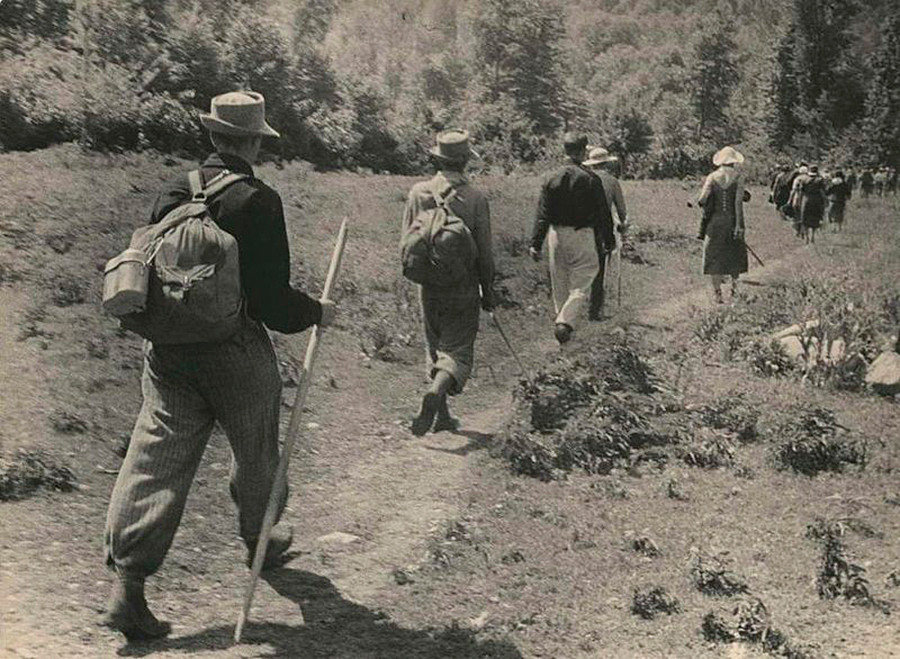 Hiking as an organized activity in Russia goes back to the 1920s, when the Society for Proletarian Tourism and Excursions was set up. By the early 1930s, it already had more than 90 holiday camps and nearly a million permanent members. The word tourism in the society’s name did not mean going on a beach holiday to the Black Sea (though of course many people did that as well), but rather going on a hike and exploring a particular area while overcoming natural obstacles like mountains, rivers and snow. 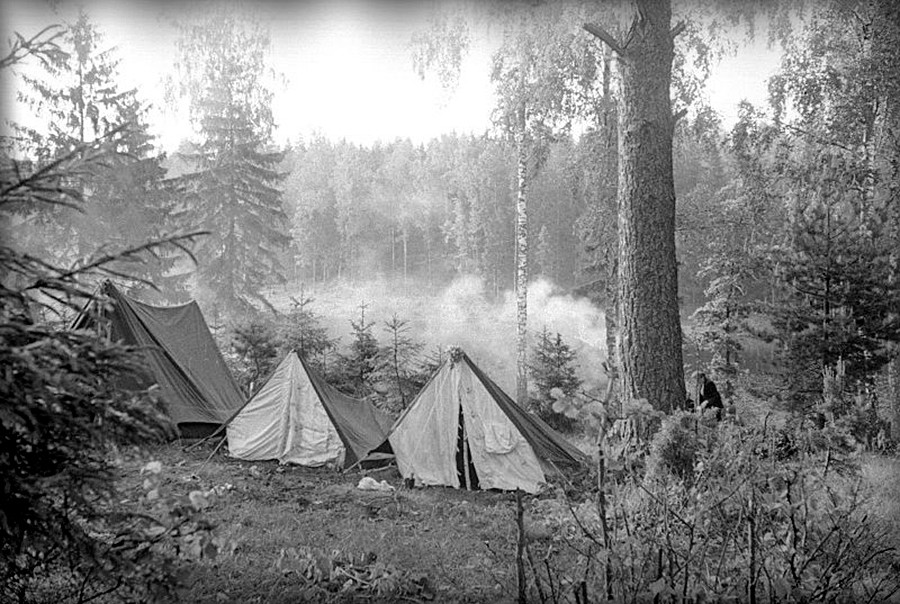 One famous Soviet educator of the 1930s, Anton Makarenko, used hikes as a way of rewarding his team for a successful academic year. This practice remained very popular until the end of the Soviet period. 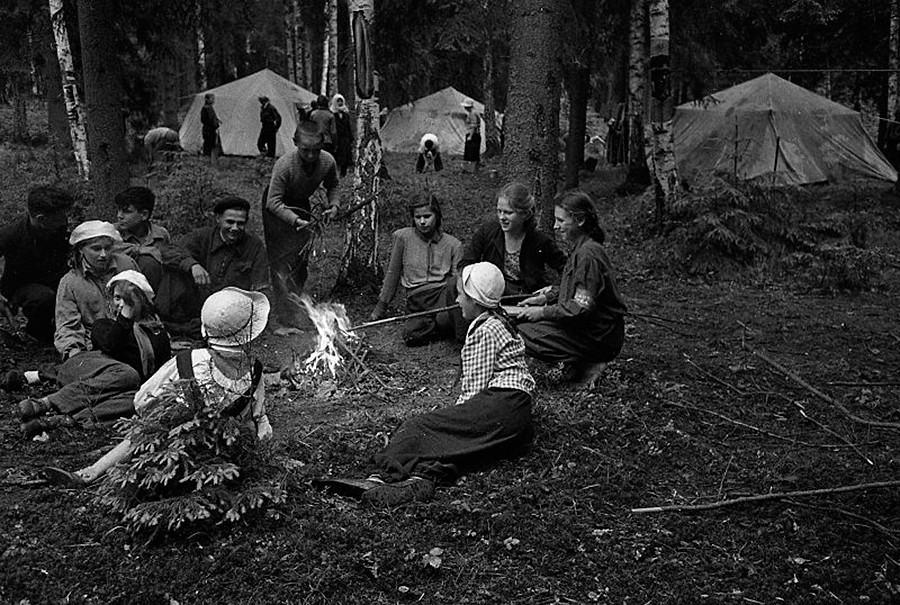 Pioneers at the Zelenya Gavan camp, 1949.

After the war, hiking became even more widespread. All district centers had hiking clubs, while large cities had dedicated excursion bureaus. What’s more, every enterprise and educational institution had its own hiking group. They offered specific hiking routes, both locally and to remote parts of the country. 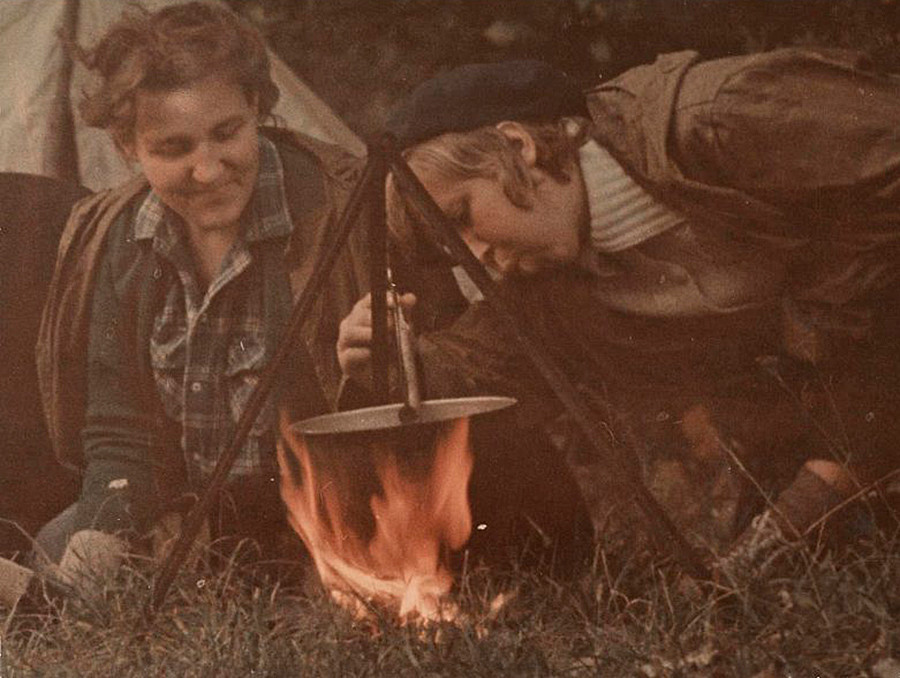 In September 1965, the first ever national hiking convention was held in Brest, followed by a dedicated hike to places of military glory. For several years, more than three million people took part in hikes during which they erected monuments to those killed in World War II and put their burial sites in order. 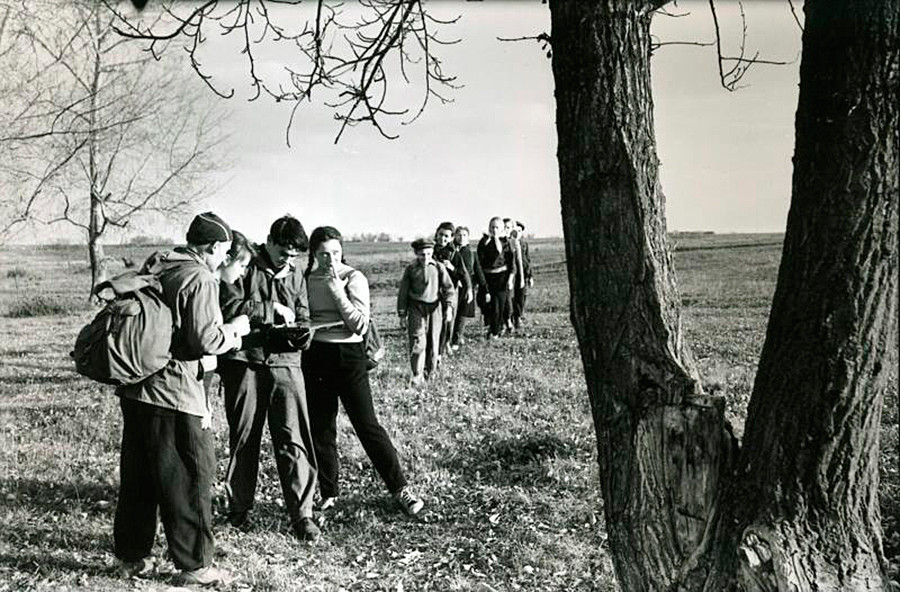 In the USSR it was common practice to have an established standard for every imaginable activity, and hiking was no exception. Certain routes were developed that had to be covered while meeting specific targets. Much value was attached to good teamwork, since on a hike one's life could often depend on it. It is therefore not surprising that people often made lifelong friends or found life partners while on a hike. They knew they could always rely on those relationships since people tend to reveal their true selves in extreme situations.

Hiking was considered a sport in the USSR, so hikers could even receive athletic titles and compete in various categories of extreme tourism. 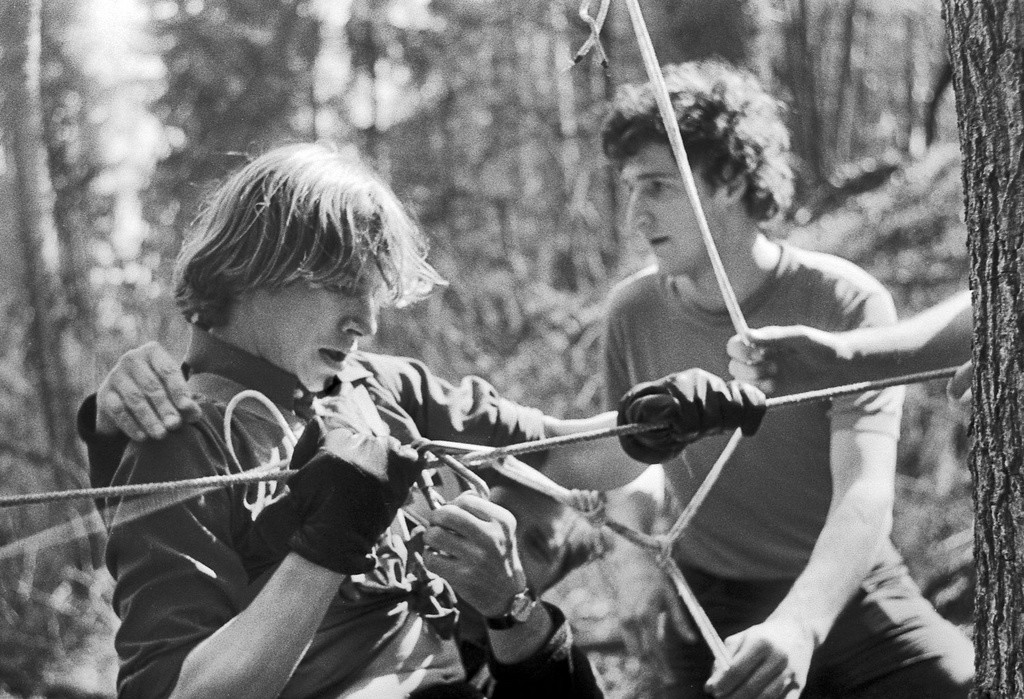 In 1939, the All-Union Committee for Physical Culture and Sports established a badge of distinction called "Tourist of the USSR." While receiving the badge did not come with any privileges, it was still considered prestigious. To get it, one had to meet specific targets in one of four types of athletic tourism: water tourism, hiking, cycling or skiing. 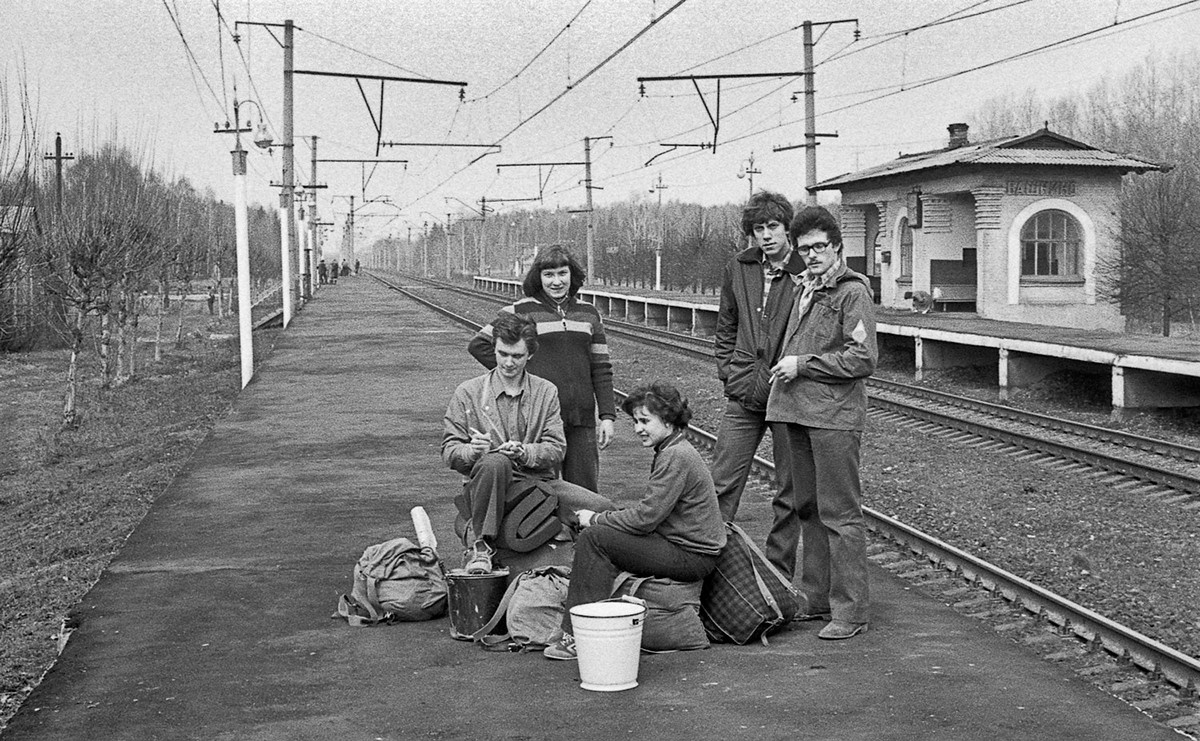 Those competing in water tourism had to be able to swim, know the different structures and types of vessels, and be competent in water rescue. Hikers were required to know techniques for rationally using energy on a hike and be able to handle different types of equipment. 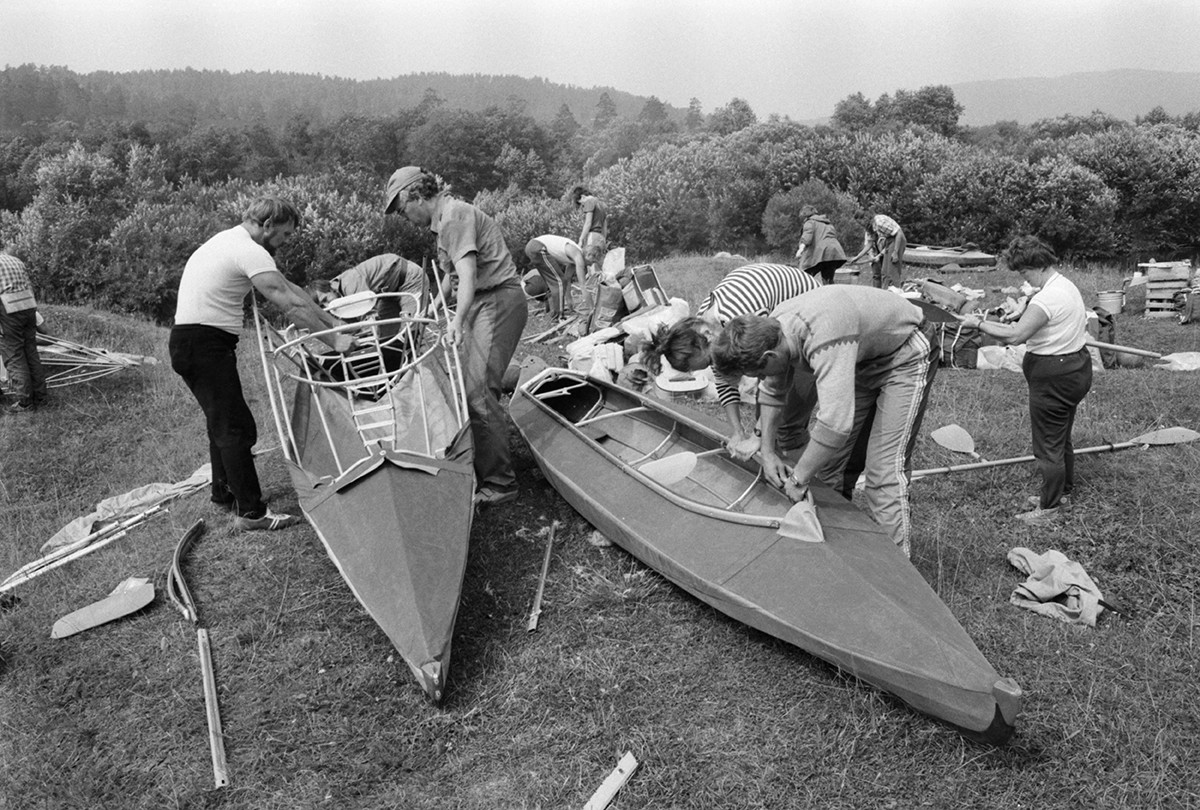 Cyclists were expected to be familiar with different types of trails and bikes. Meanwhile, skiing was considered one of the most extreme sports in the country, and those practicing it had to be able to ski in different weather conditions. 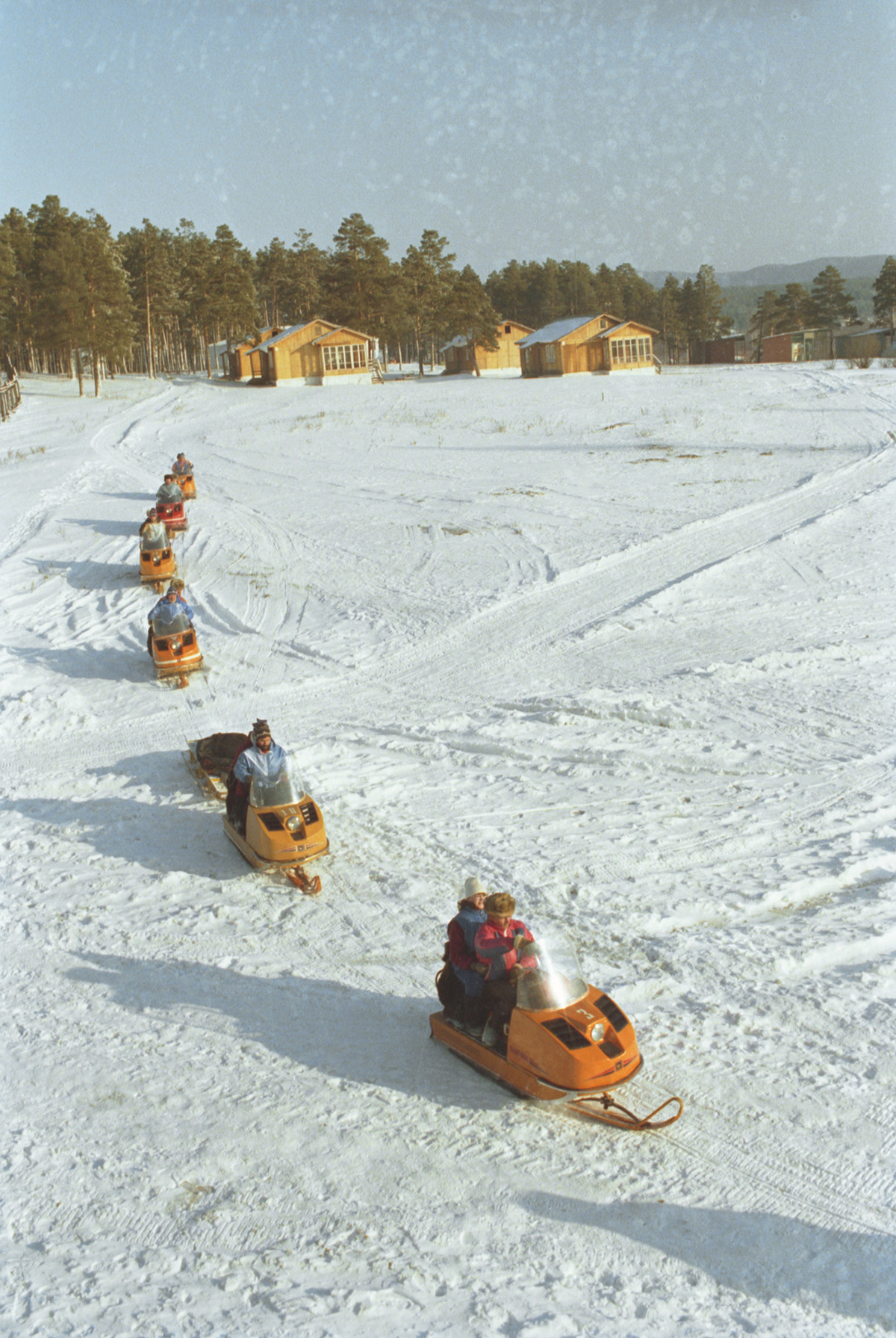 Competitions were open to anyone who had been on more than two hikes. In addition, each participant had to know how to put up a tent or build a shelter, be able to provide first aid and know how to find one's bearings. 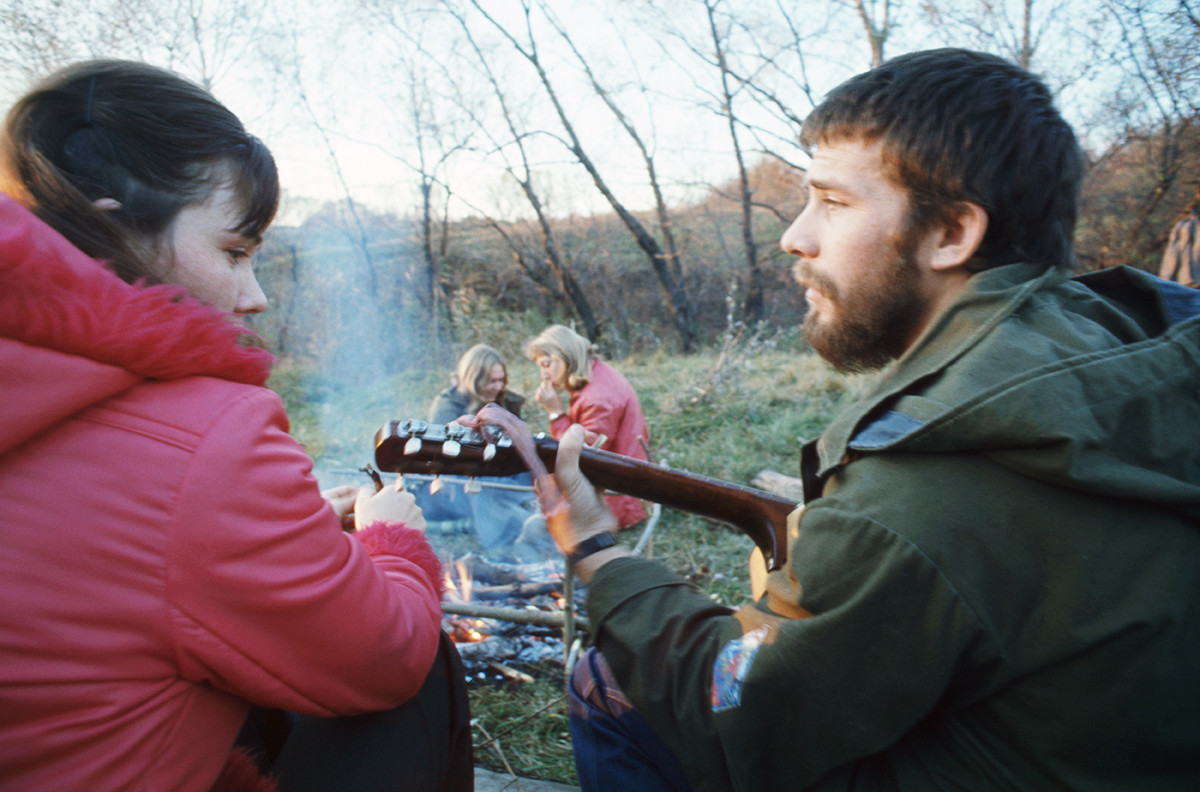 Rules governing these competitions changed from time to time. From the mid-1950s, for example, targets were introduced for teenagers practicing sport tourism, and participants who met these were awarded the title of a “Young Tourist.” To qualify for the title, one had to be able to make a fire, interpret and follow tracks and find one's bearings using a compass. 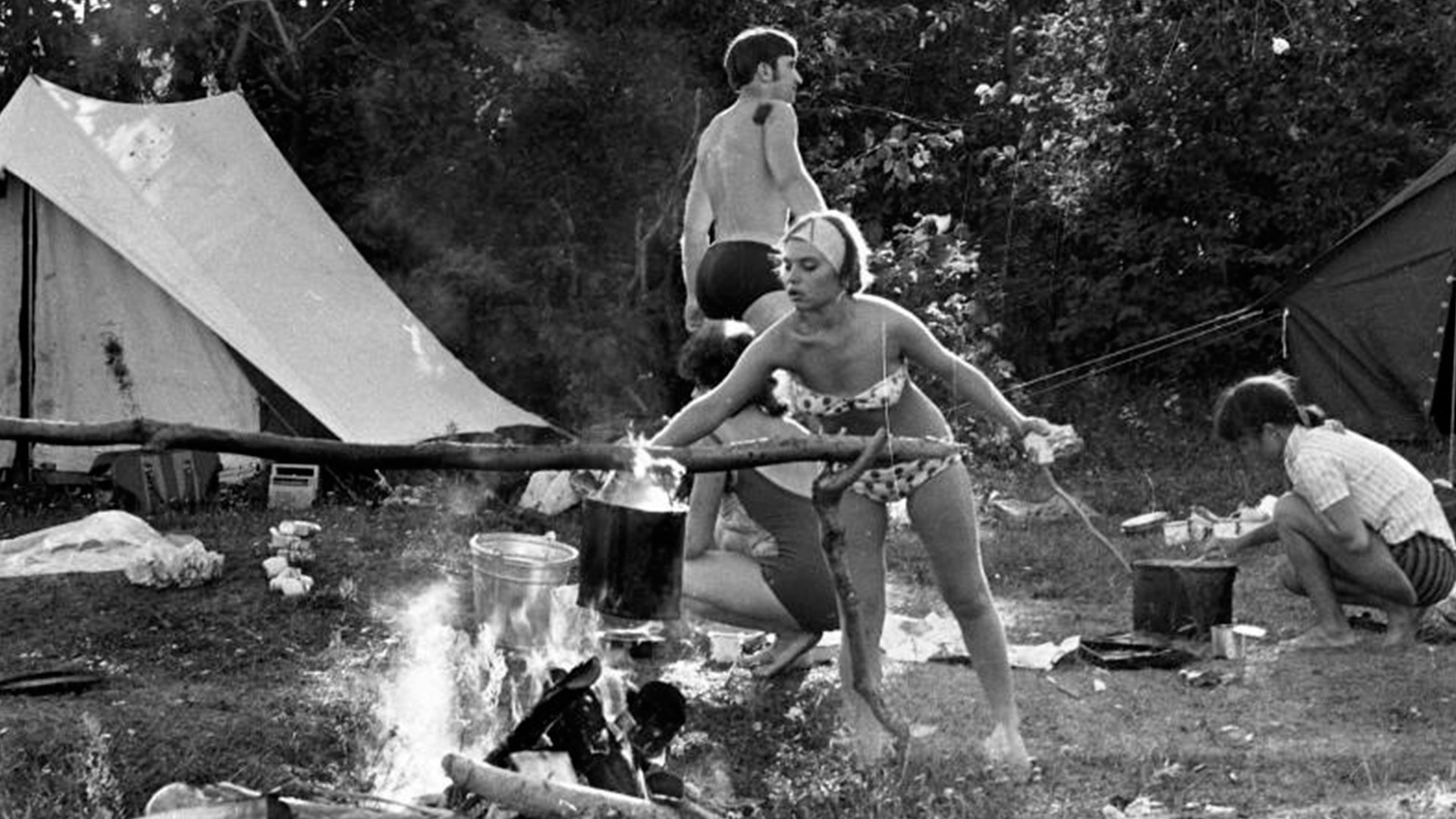 In the 1960s, the title of a "Master of Tourism" was introduced. To achieve this level, one had to go on 12 long hikes through four different regions covering a total of 3,000 km. In Soviet times, only 600 people managed to obtain this title, whereas over 600,000 people were awarded the Tourist of the USSR badge. Even nowadays, hikers can be awarded athletic titles.