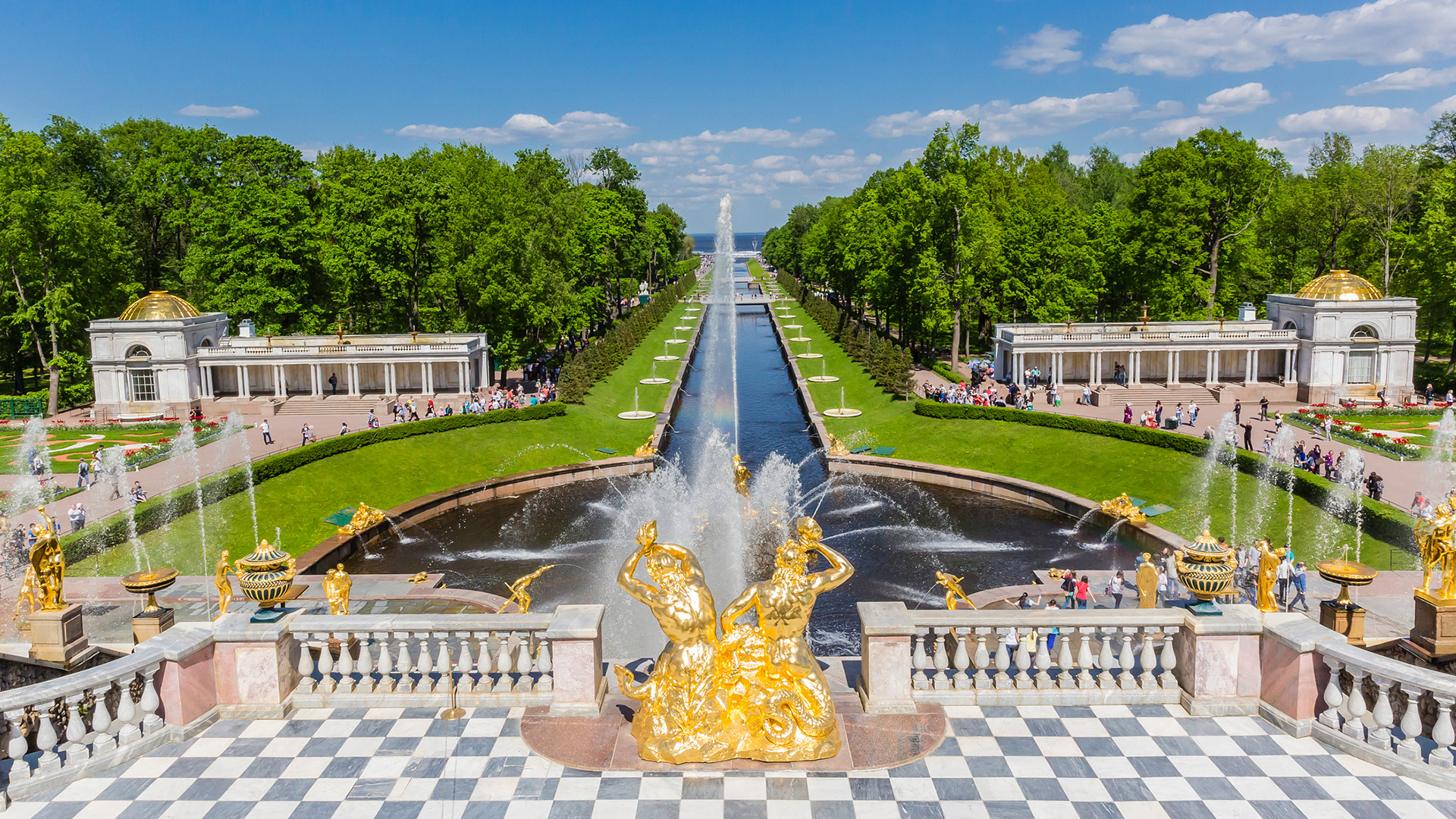 Getty Images
There are around 100 functioning fountains in and around the City on the Neva. With everything from sumptuous old fountains to modern ones with musical accompaniment, choosing the very best was not an easy task.

1. The Pyramid Fountain in the Summer Garden 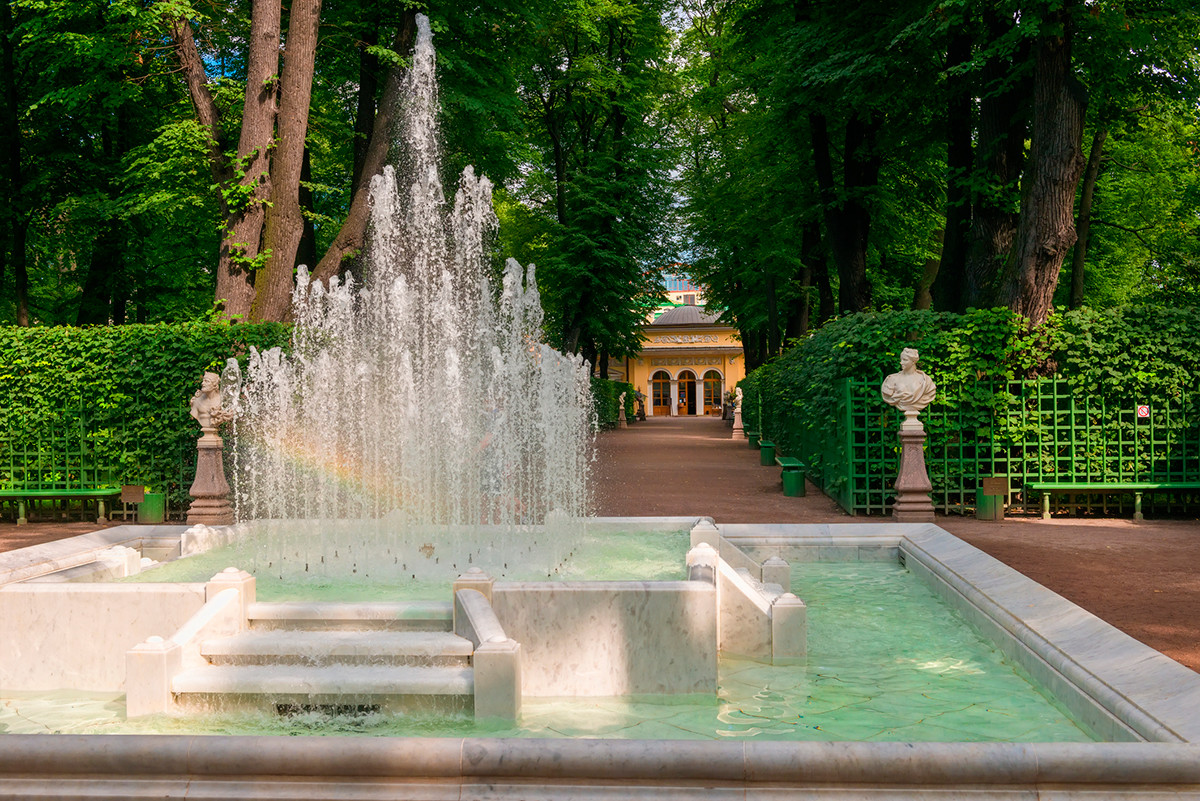 The Summer Garden is where the history of St. Petersburg as a city of fountains begins. The first fountains were built here on Peter the Great's orders in 1705, and a number of these have been restored in more recent times. The Pyramid Fountain, built in 1724 and renovated in the 2010s, is situated on the park’s main pathway. Take a closer look and you'll see that the jets of water coming from the fountain form a shape that resembles a pyramid.

2. The Crown Fountain in the Summer Garden 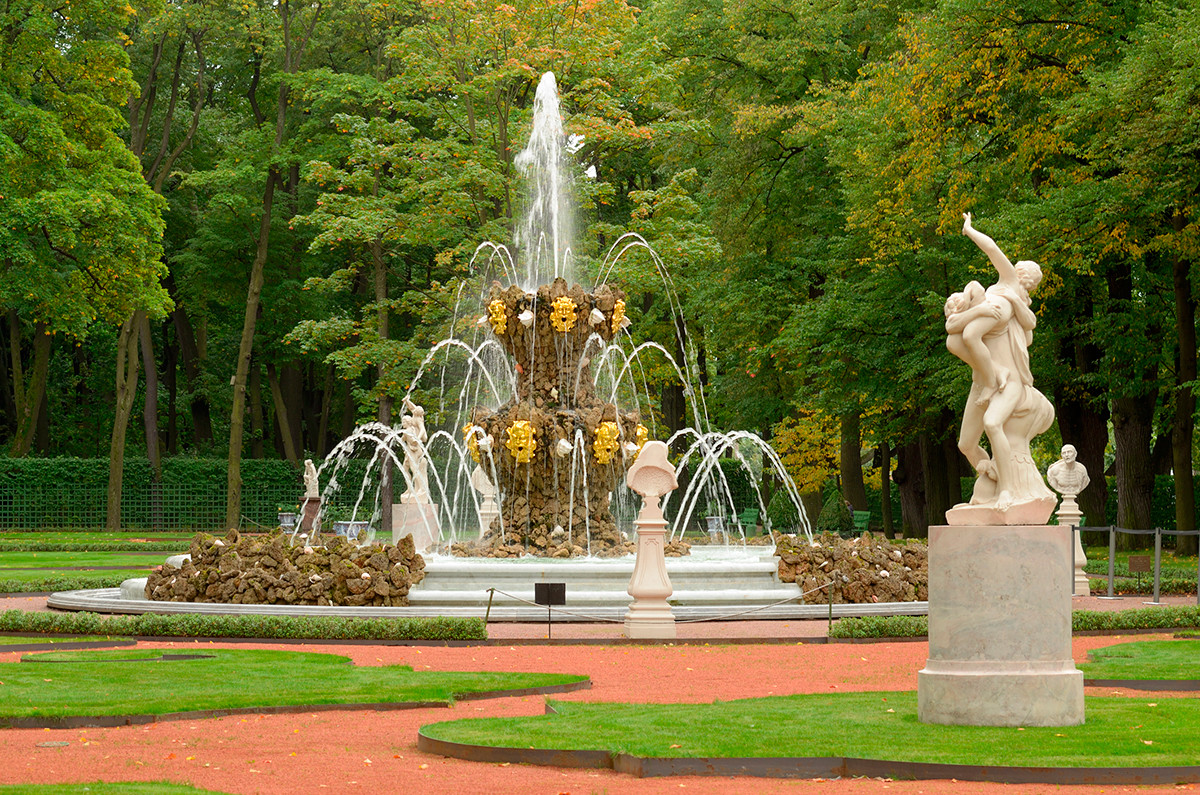 Designed in 1725, this fountain adorned one of the entrances to the Summer Garden. According to the architect's design, the water jets were to create a crown-shaped composition. The original fountain didn't last long—it was destroyed during flooding in 1777—but was recreated in 2010 based on old drawings and paintings.

3. The fountain in Alexander Park 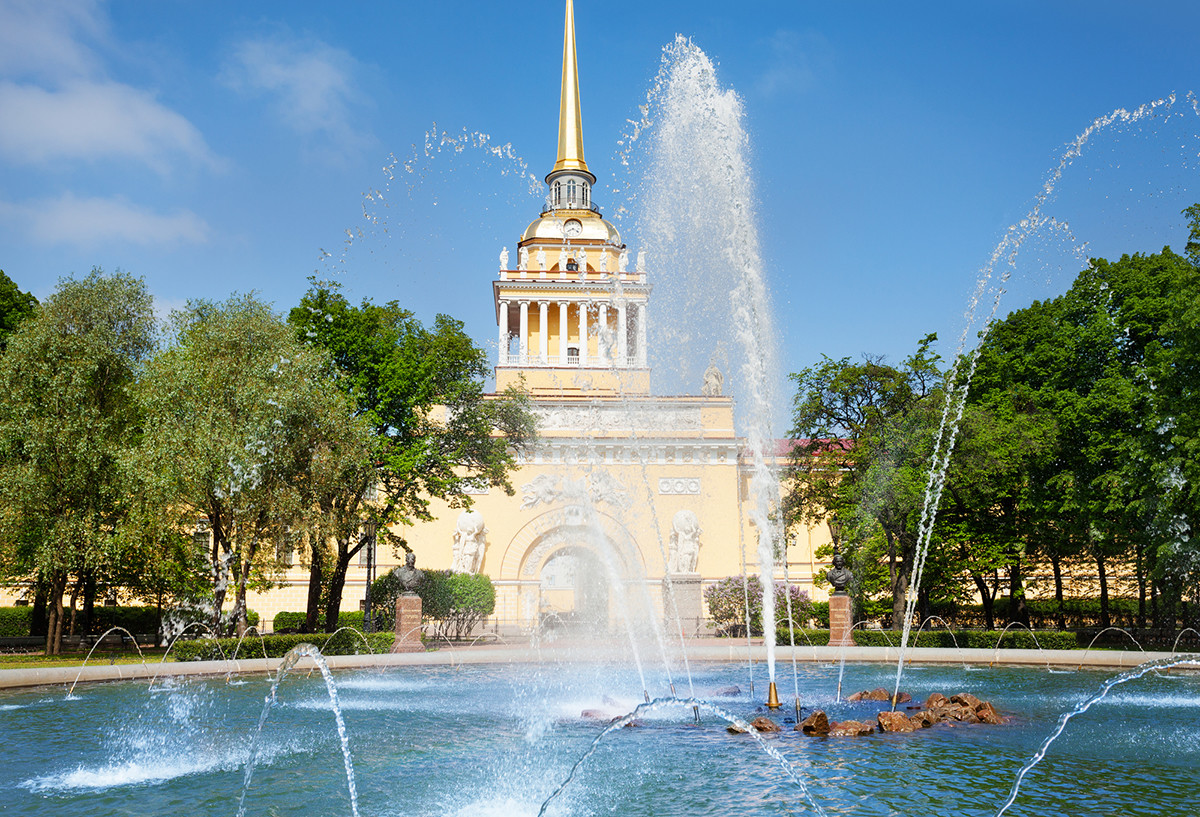 One of St. Petersburg’s most beloved fountains can be found in the Admiralty Building. It was installed in 1879 and until recently was considered to be the most impressive one in the city since its water jets shoot up to a height of 17 meters.

4. The Omega Fountain on the Pesochnaya Embankment 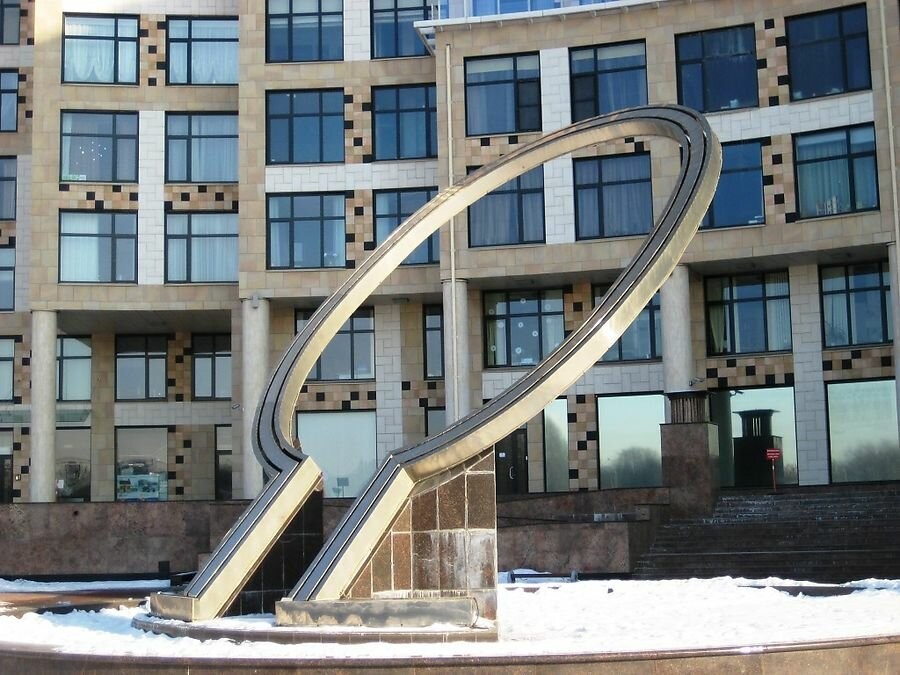 This unusual high-tech fountain in the shape of a Greek letter was built in the early 2000s. The seven-meter-high letter Omega is tilted at an angle of 45 degrees, and its jets of water fall into a huge bowl. The fountain is illuminated at night.

5. 'The Singing Fountains' by the Finlyandskiy Railway Station 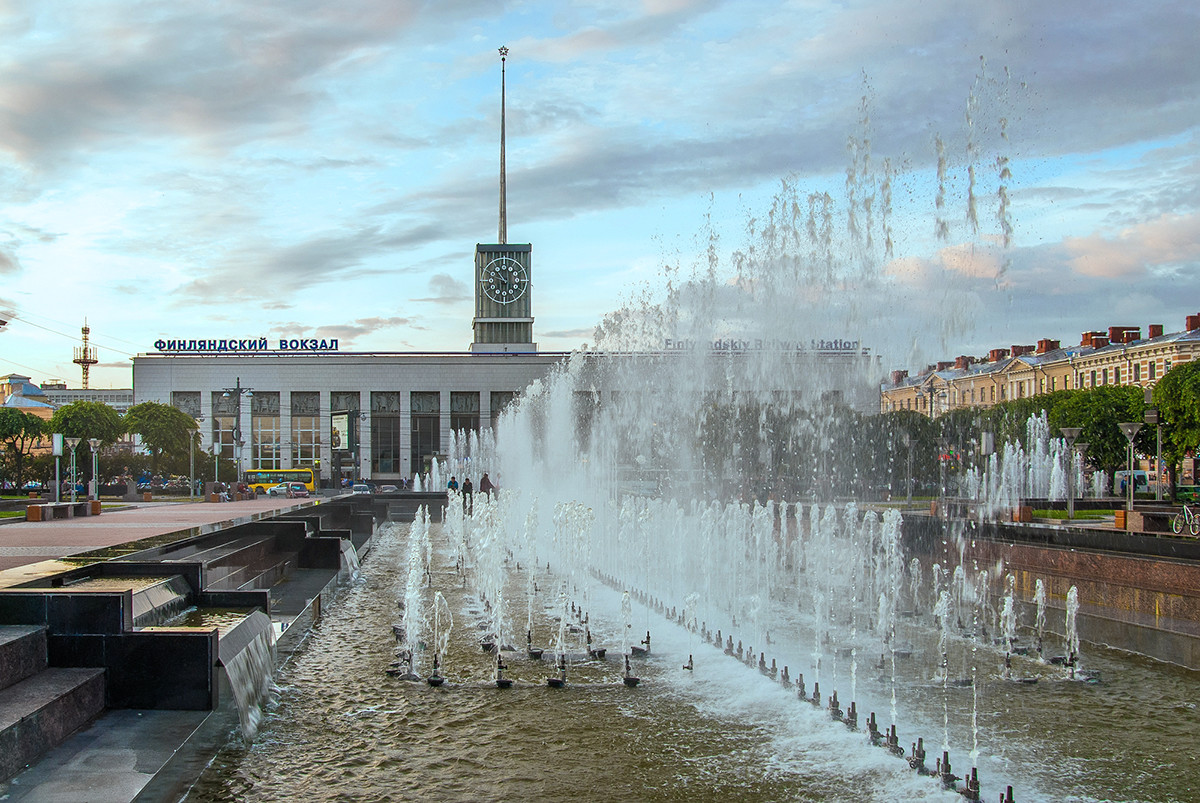 The light and sound fountain complex outside the Finlyandskiy Railway Station was unveiled in 2005. Performances are put on by it every night. Local composer Sergei Banevich wrote a musical accompaniment specially for the fountains, consisting of 13 parts that tell the history of the city. 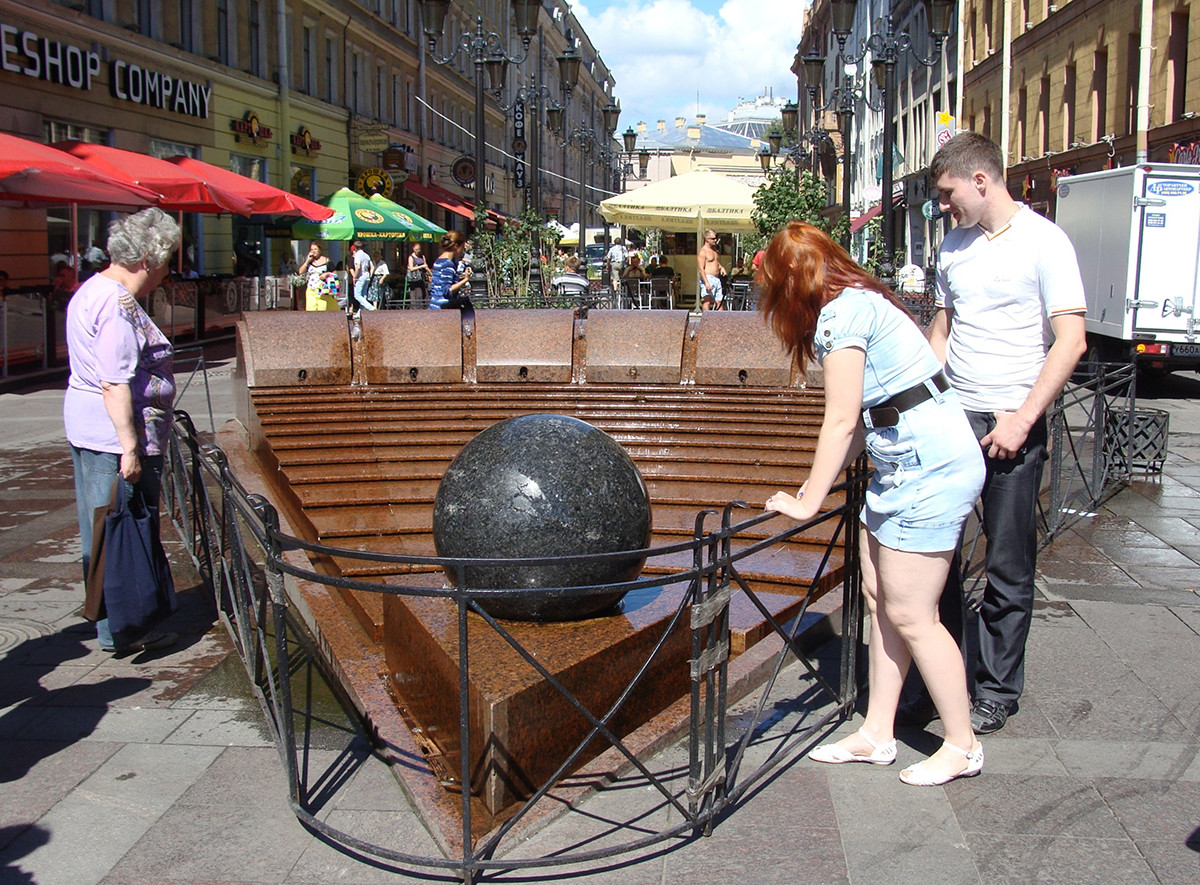 You can find this unusual fountain in the shape of a granite ball on St. Petersburg's shortest street, Malaya Sadovaya. The water’s movement creates a rotating effect with a mini-cascade of streaming water. According to its designers, the fountain is intended to remind people of the flow of time, which we cannot stop. Residents of the city have already come up with a new tradition that says if you touch the ball and make a wish, it will definitely, beyond any doubt come true.

7. 'The Dancing Fountain' in Kronshtadt 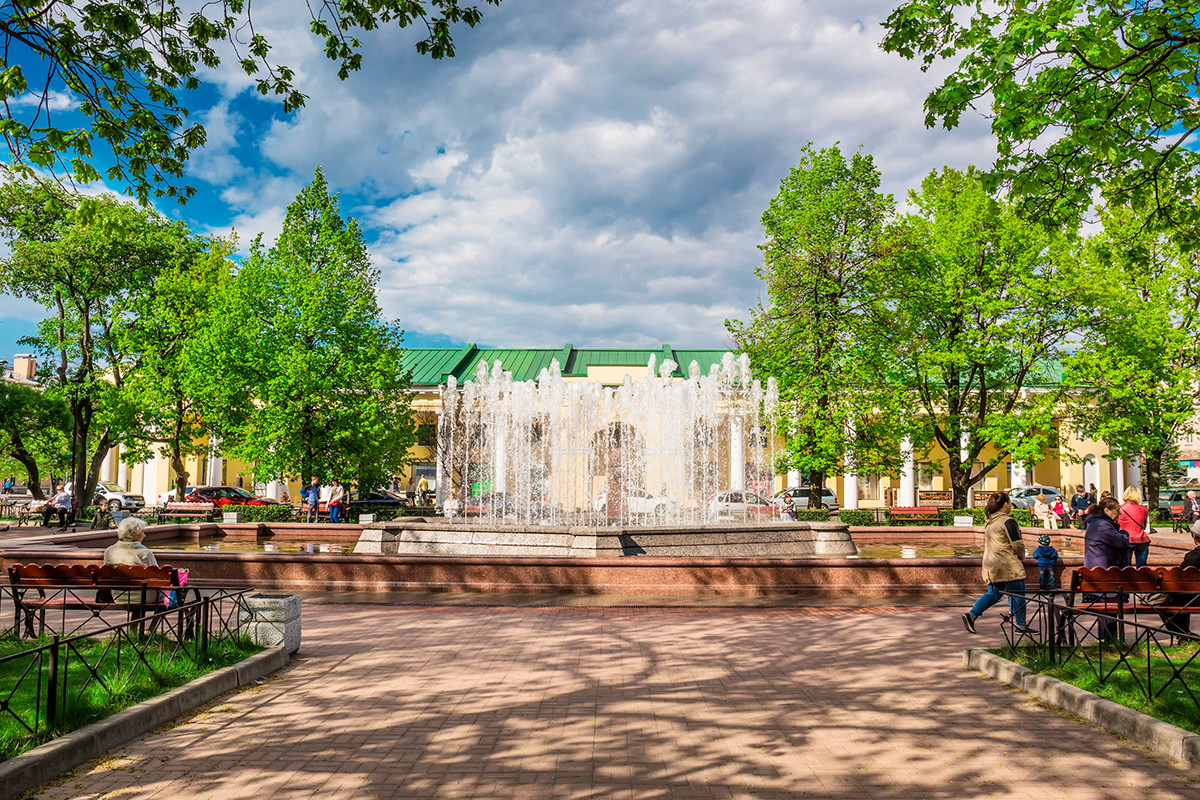 The musical fountain, also known as the "Singing Fountain," was installed beside the Gostiny Dvor trading hall in 2004 to mark the 300th anniversary of Kronshtadt, St. Petersburg’s closest suburb. Its basin is in the form of a fort that marked the beginning of the town's history. During musical performances, the water jets change height in a special order that can be said to resemble a kind of dance.

8. The Grand Cascade at Peterhof 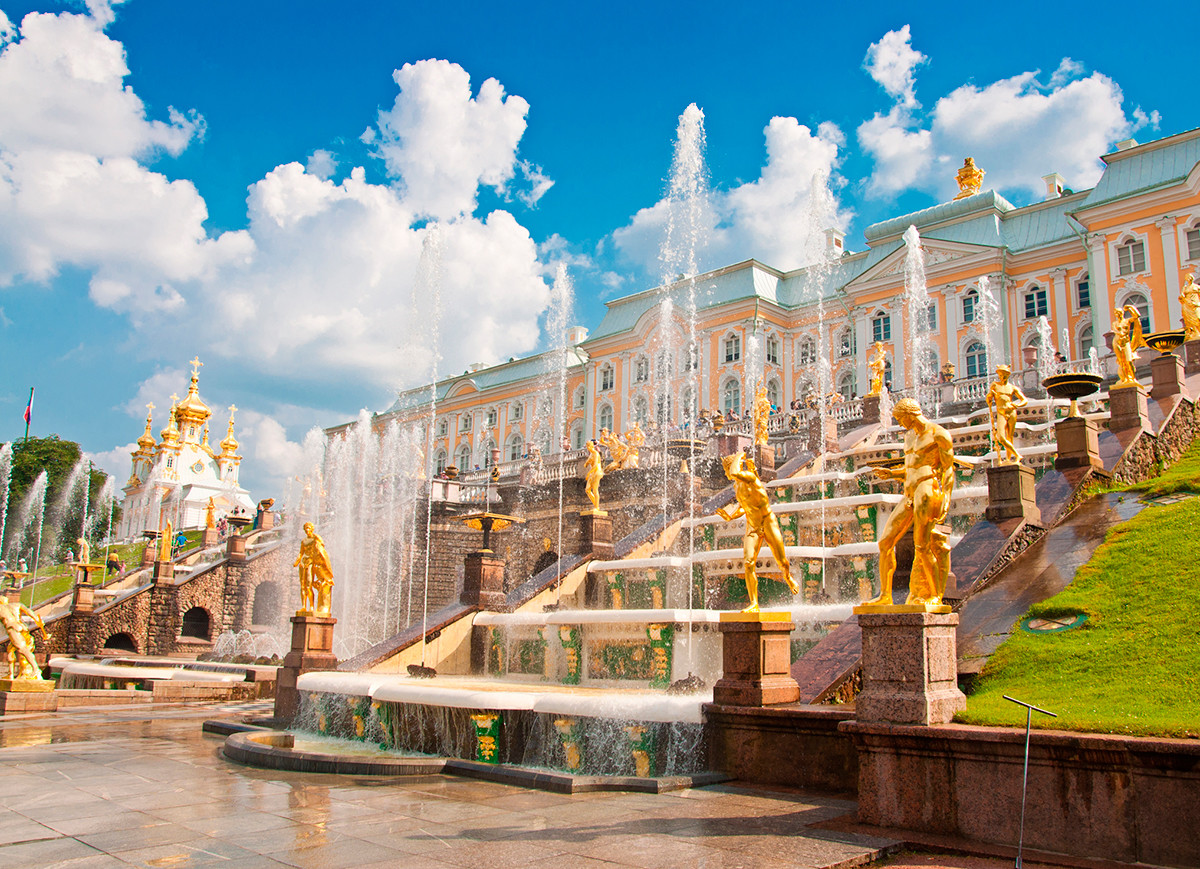 The lower gardens of Peterhof—Peter the Great’s residence built in the early 18th century "to  eclipse Versailles"—has a group of incredibly beautiful and original fountains that are lavishly adorned with gilding and sculptures. The Grand Cascade is one of the biggest fountain complexes in the world and is, quite naturally, regarded as the main fountain group. It consists of more than 60 fountains situated at various levels. One of the fountains, built in 1735 and depicting Samson fighting with the lion, stands out in its own right. The composition marked the 25th anniversary of the Battle of Poltava, the key battle of the Great Northern War between Russia and Sweden (1700-1721). 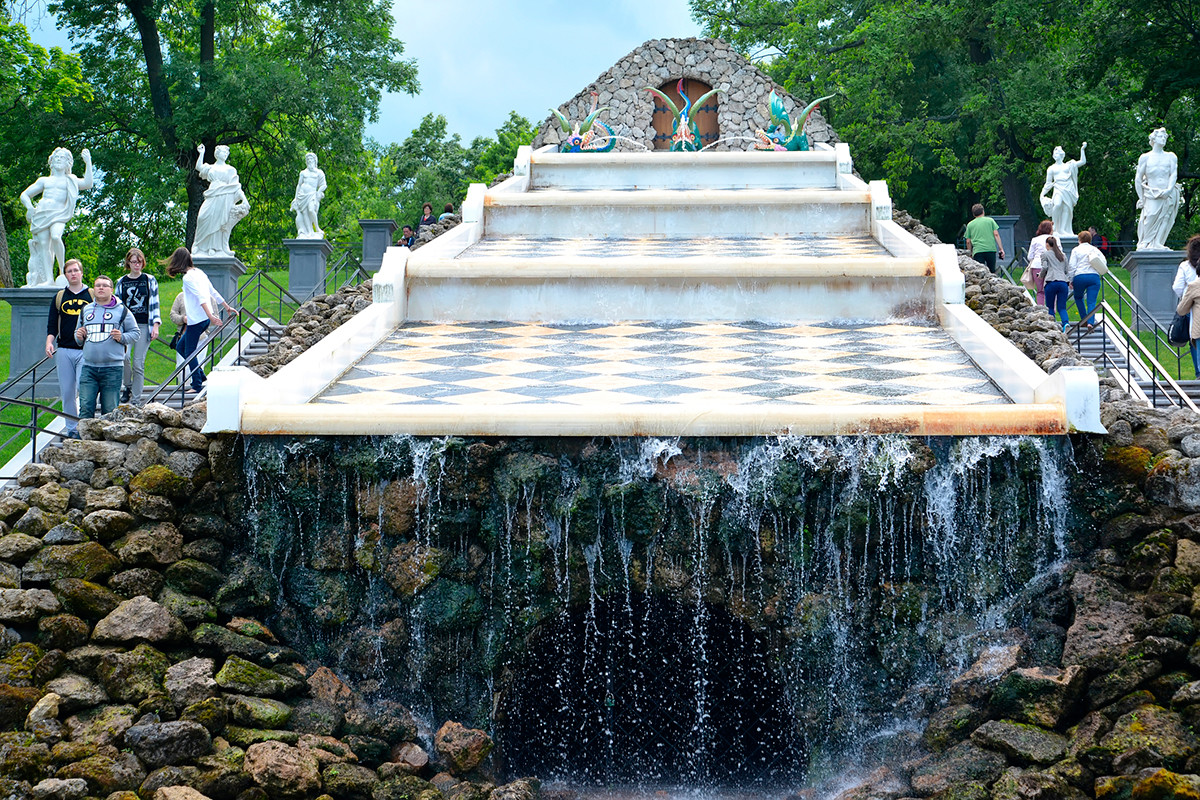 A natural slope at Peter the Great's residence was picked as the site for this cascade-style fountain dating back to the first part of the 18th century. It consists of four giant chess boards over which the water spills down. At the top there is a grotto "guarded" by three dragons. On both sides of the cascade there are steps adorned with sculptures of Neptune, Olympia, Jupiter and Pluto.

10. The Neptune Fountain at Peterhof 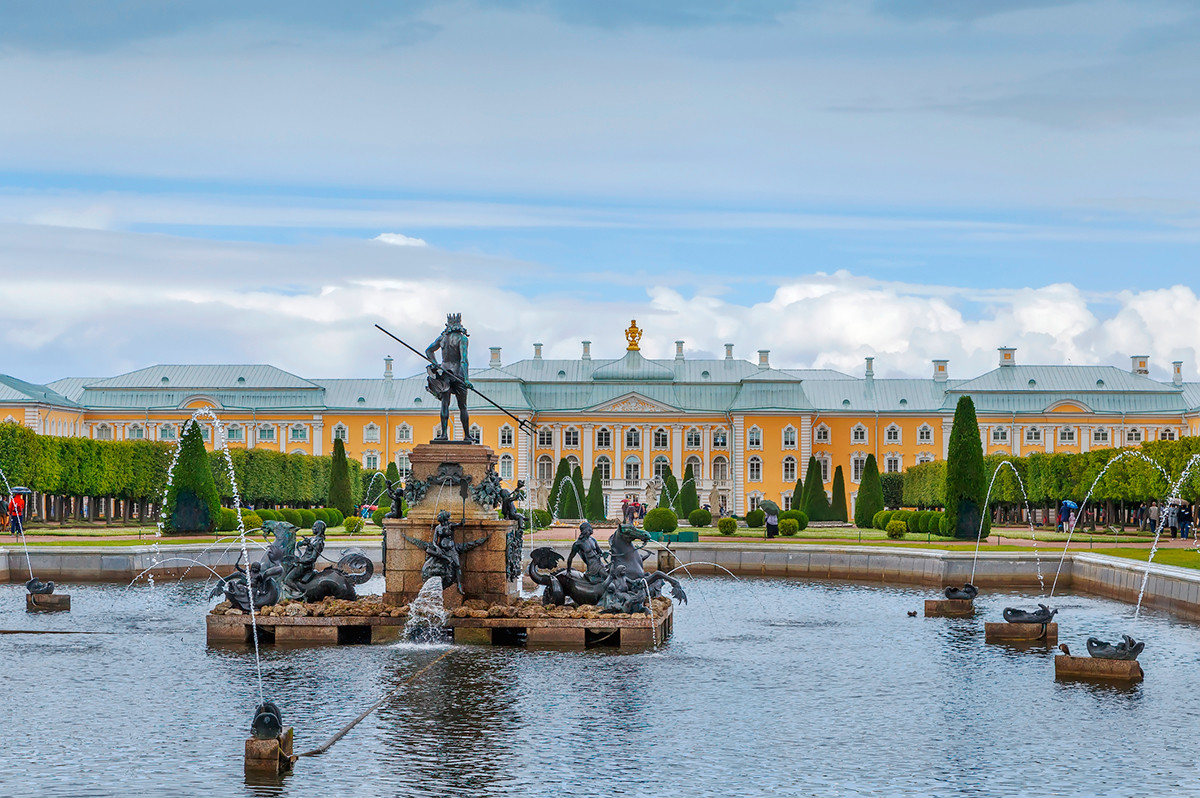 The principal fountain of Peterhof's upper gardens, dating from the end of the 18th century, represents a crowned Neptune holding a trident surrounded by fantastical creatures of the sea: Nymphs, tritons and figures riding hippocampi.