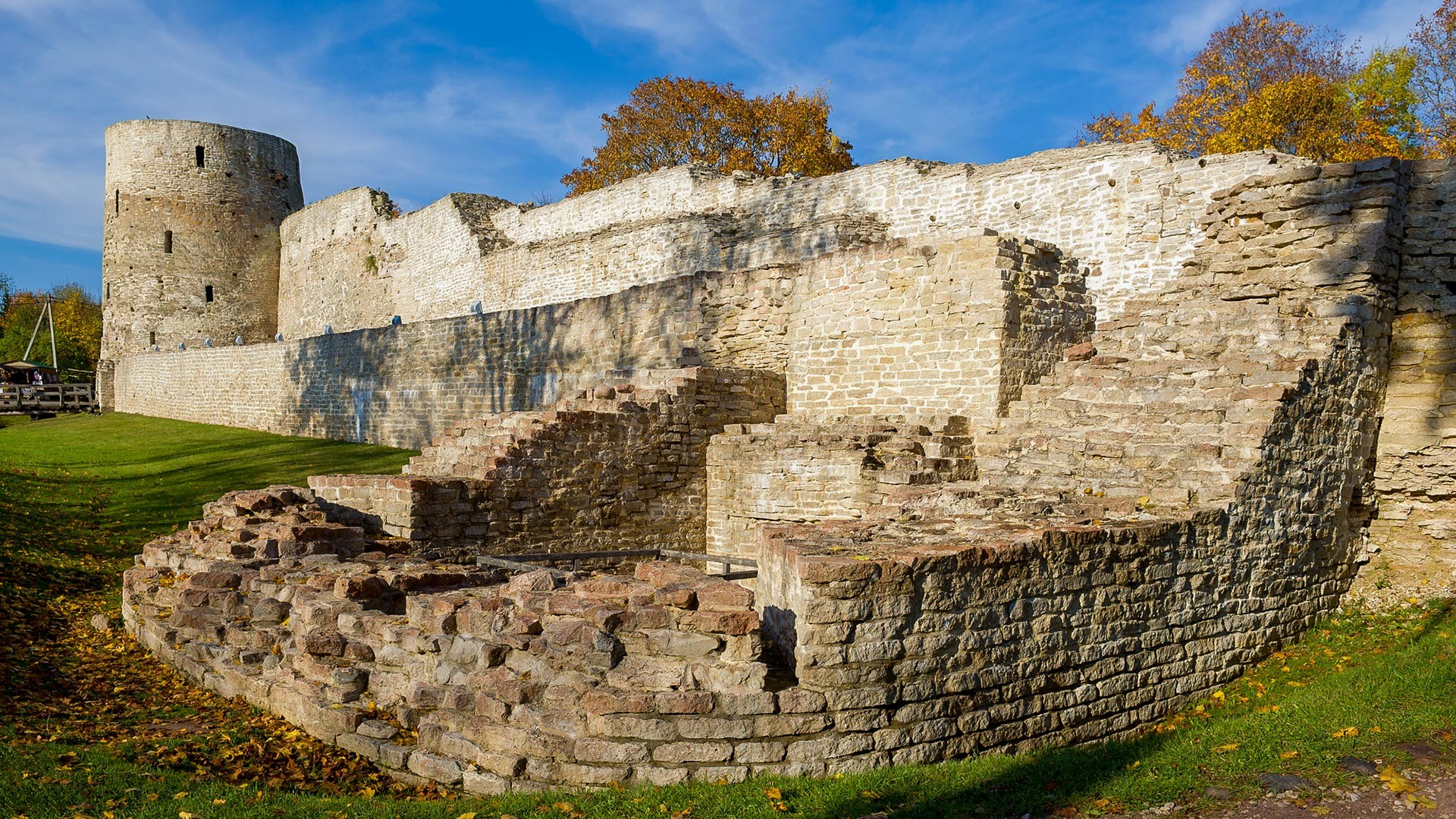 Legion Media
Now a small village in Pskov Region, it was once a vital strategic city of Ancient Rus that fought off repeated attacks from swathes of enemy invaders.

The city of Izborsk on the western border of Russia is effectively where the Russian state began. According to legend, in 862 the divided Russian princes invited the Varangians (Vikings) from Sweden to come and establish order. Three heeded the call: Rurik, who became ruler of the strong Novgorod Republic, together with his younger brothers Sineus, who took Belozersk, and Truvor, who went to Izborsk. Truvor died just a couple of years later (his purported grave survives to this day). 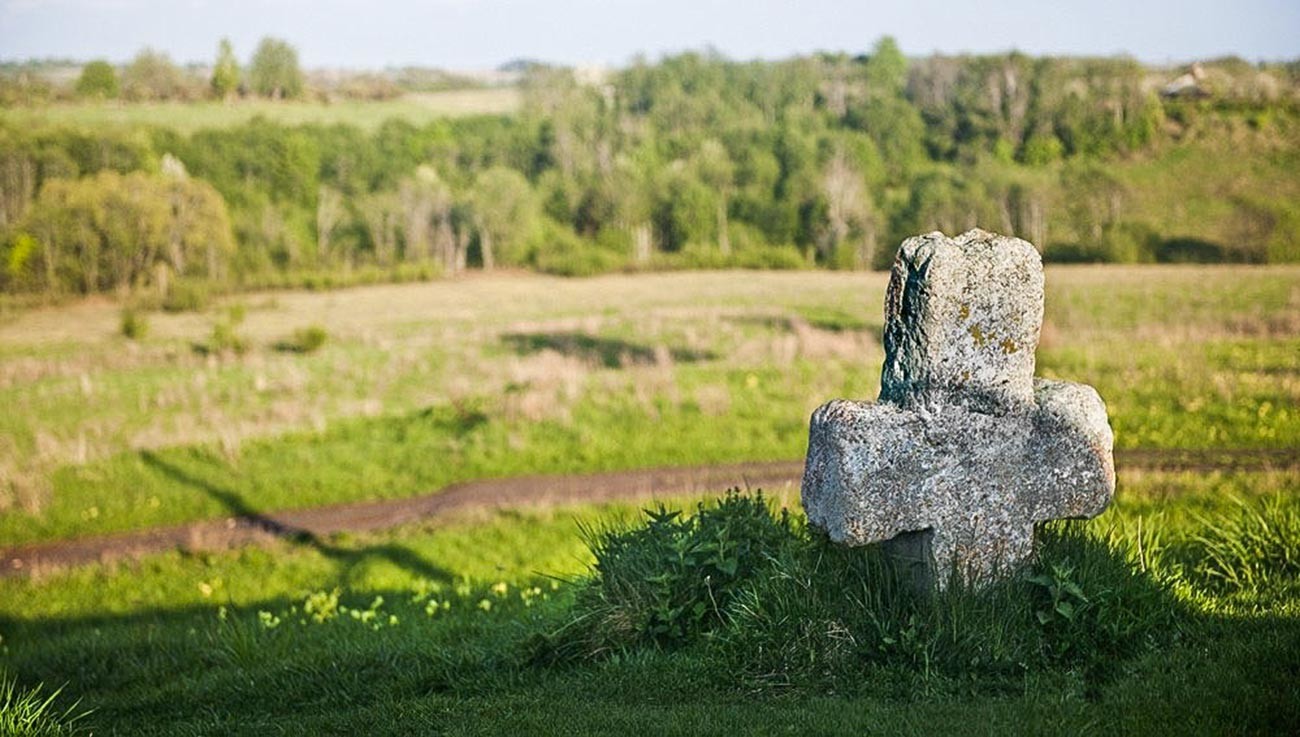 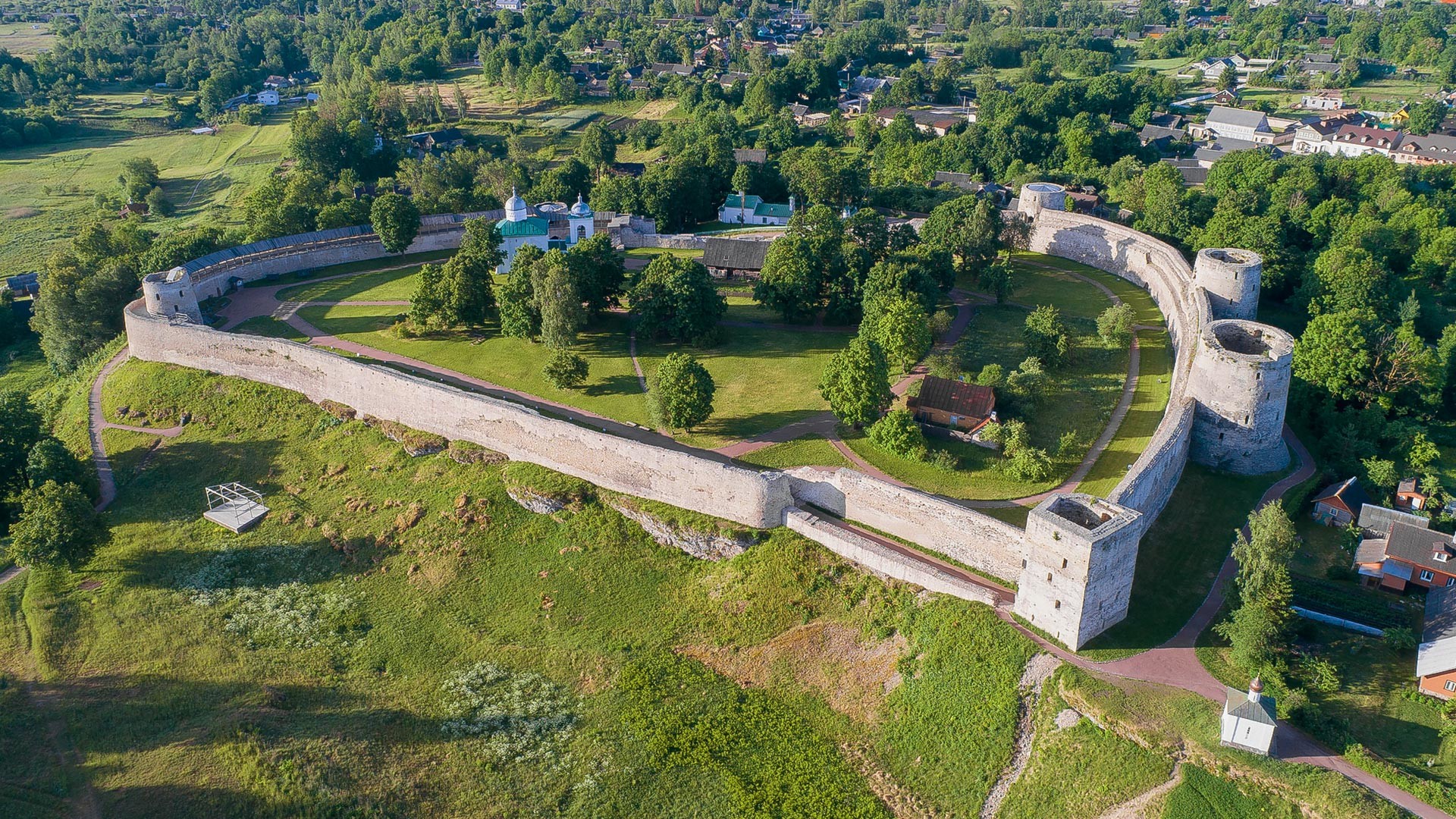 An aerial view on Izborsk's fortress 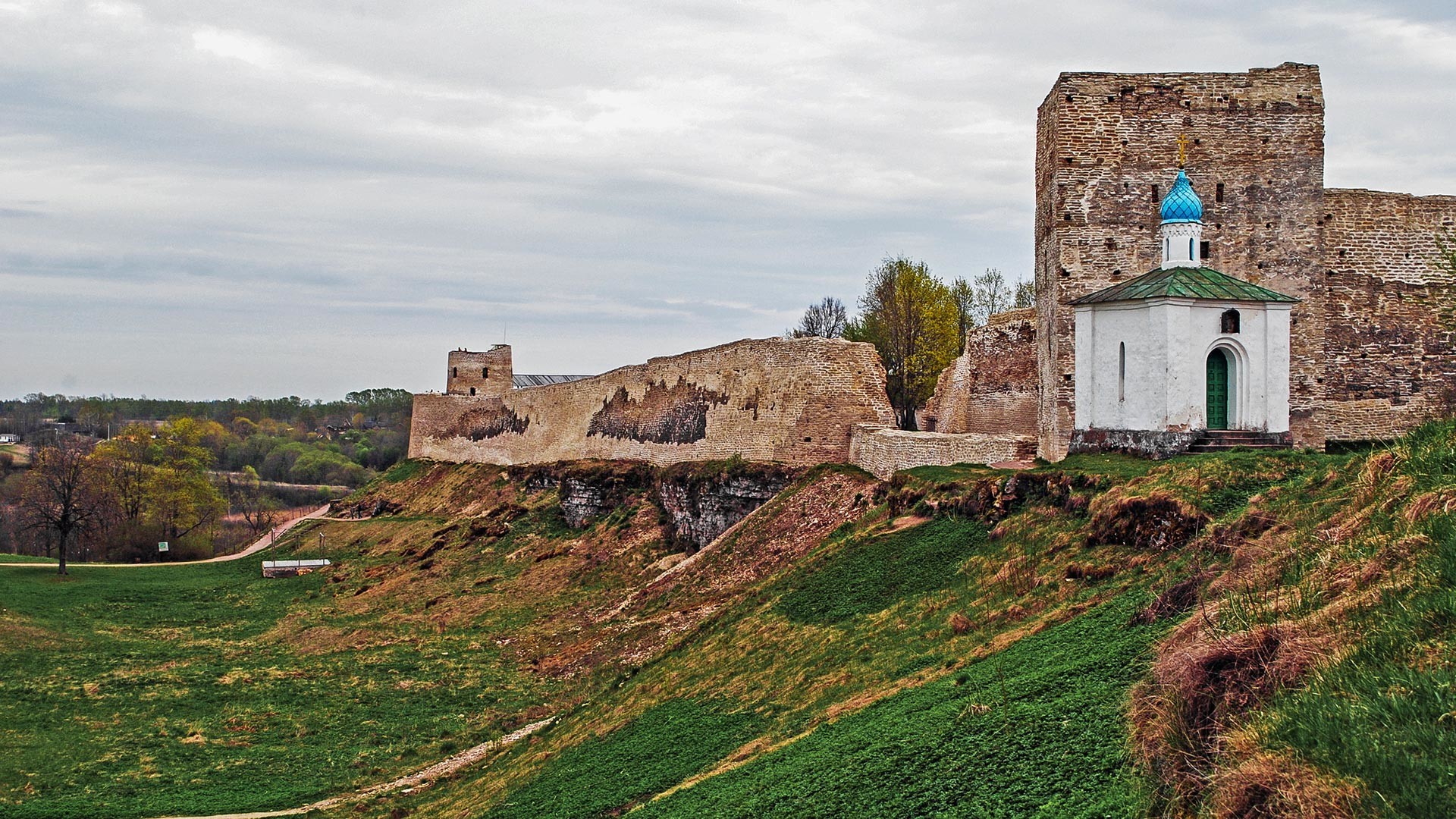 Located on a hill, having strong walls the fortress was quite unconquerable

From the 13th century onwards, the city was regularly attacked by the Teutonic Knights and other religious orders, with whom Russia was at war. Hence, in 1330, a powerful fort was built here. For a century, it withstood eight major sieges by the Livonians (a branch of the Teutonic Order), the longest of which lasted 18 days. The Livonians called Izborsk the “iron city” — not even battering rams could dent the walls. Only very few invaders ever managed to seize control of it. This select number included, for example, the Polish-Lithuanian king Stefan Bathory in the 16th century. 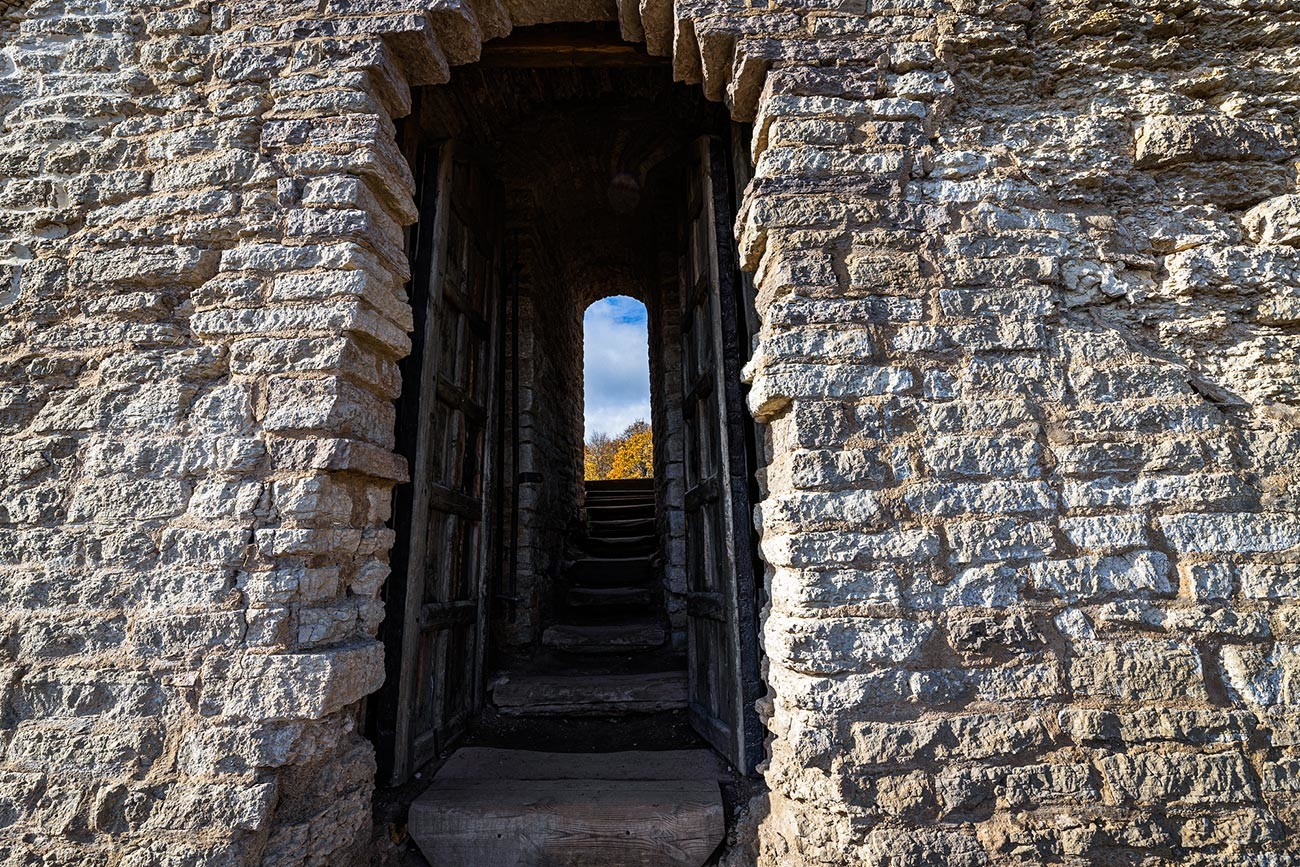 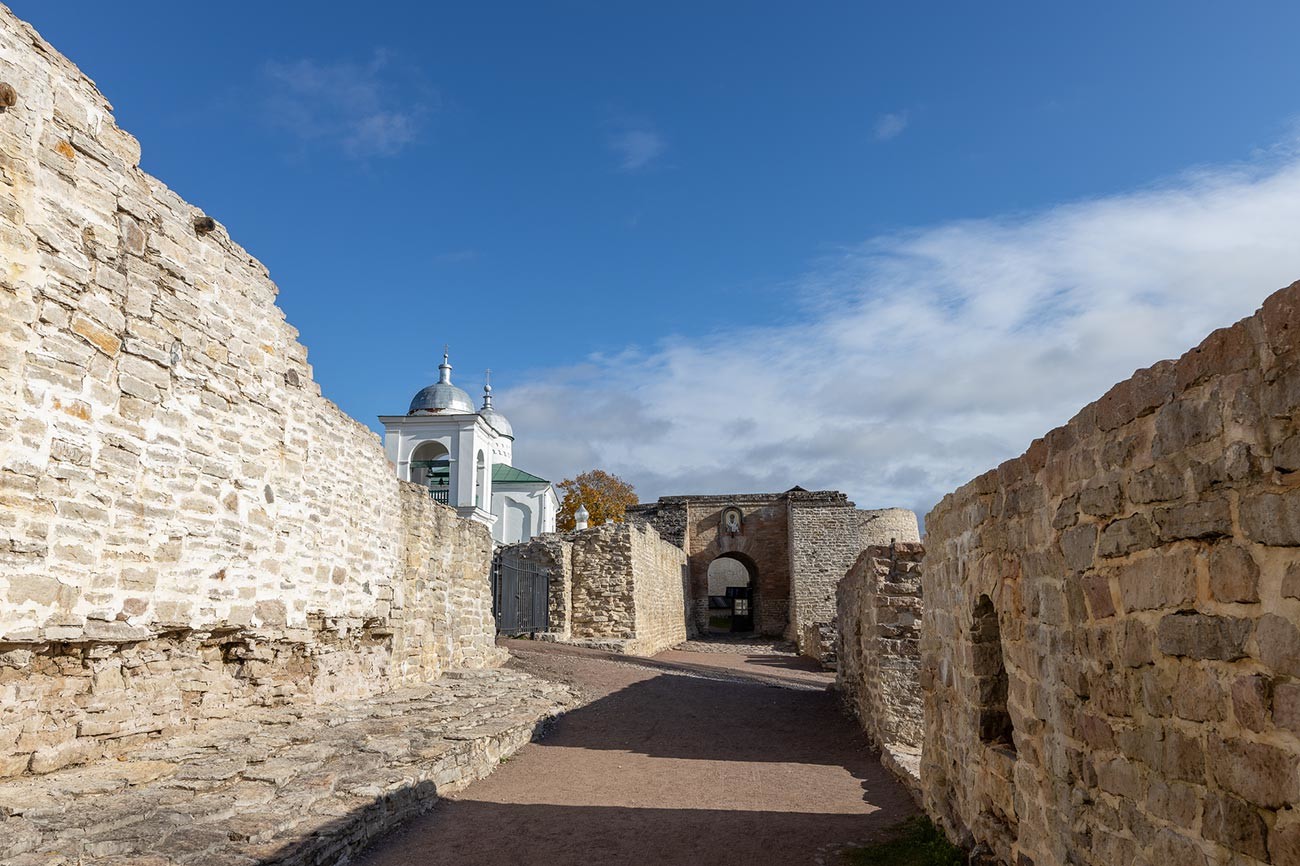 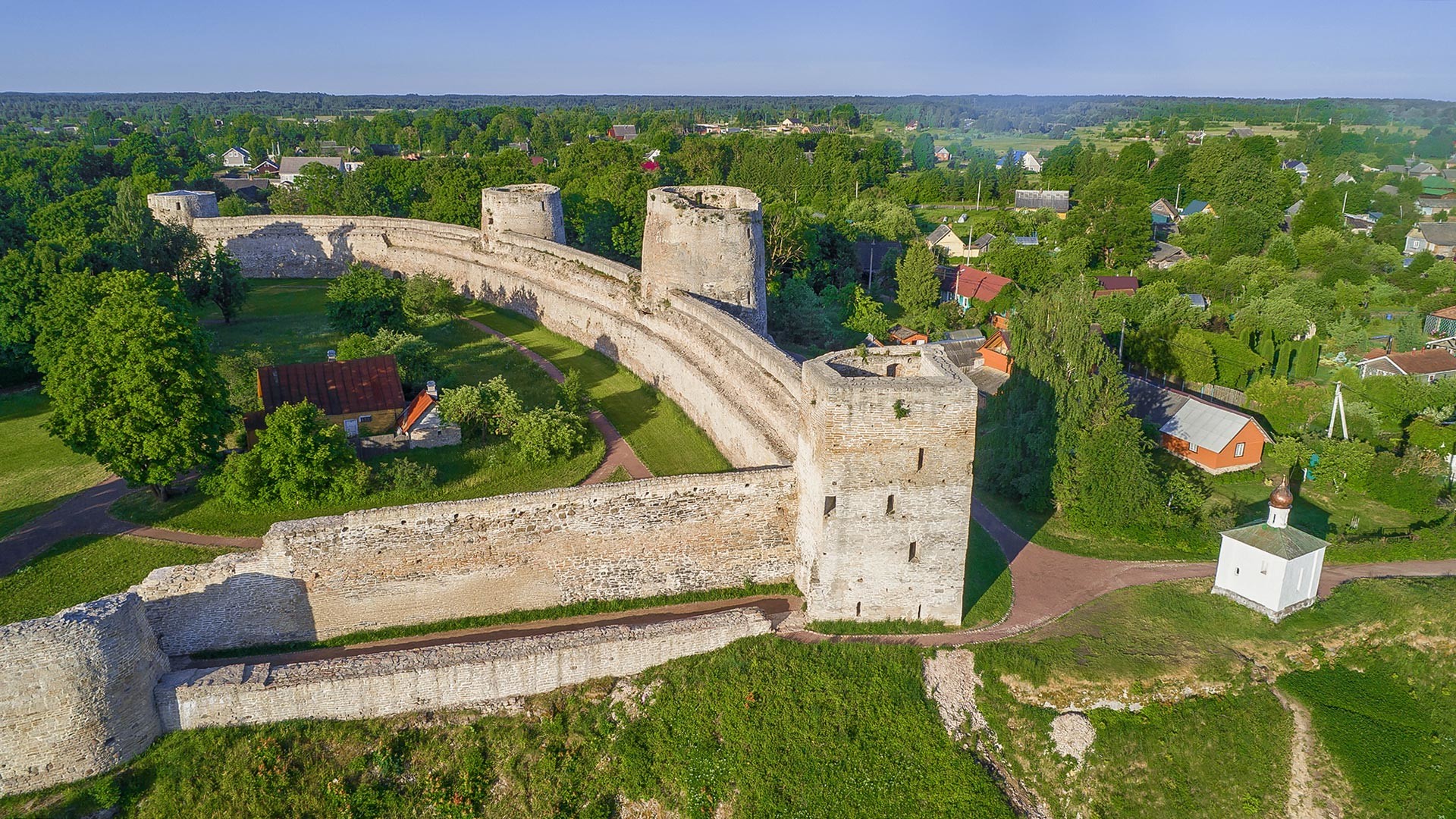 When Peter the Great founded St Petersburg, Izborsk, like Pskov, lost its significance and turned into a provincial city. During WWII, the city and the fort were occupied by German troops. 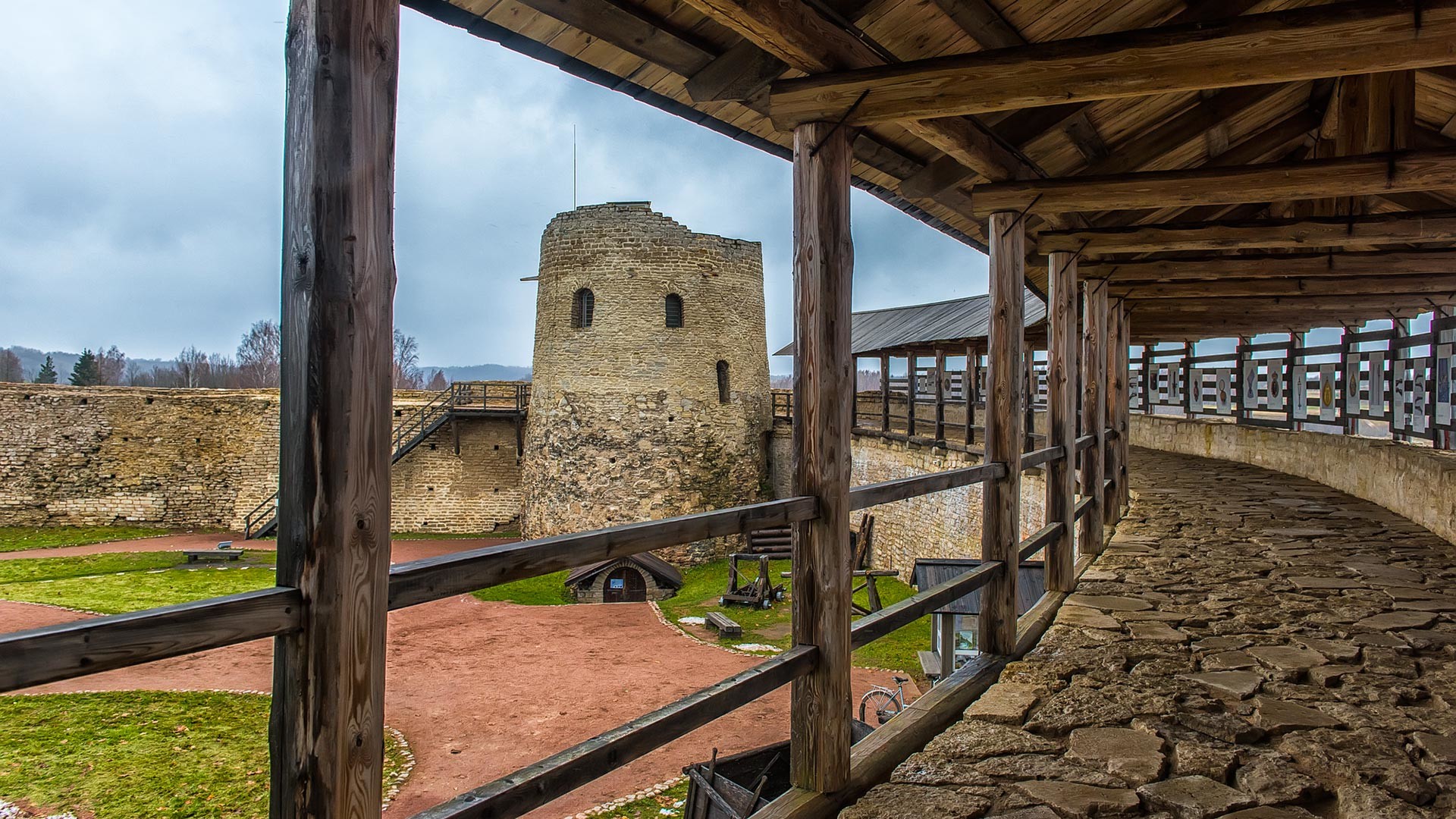 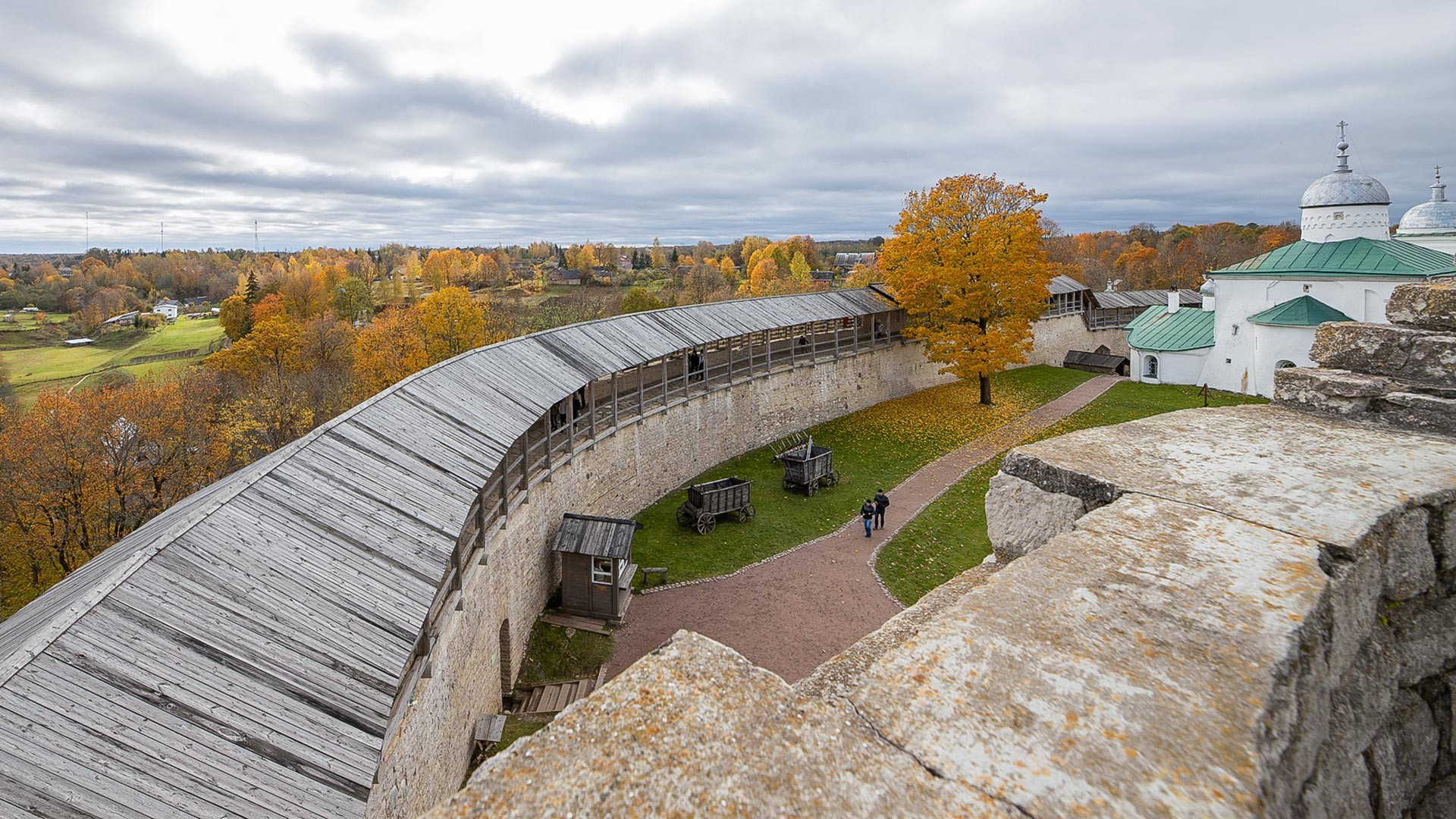 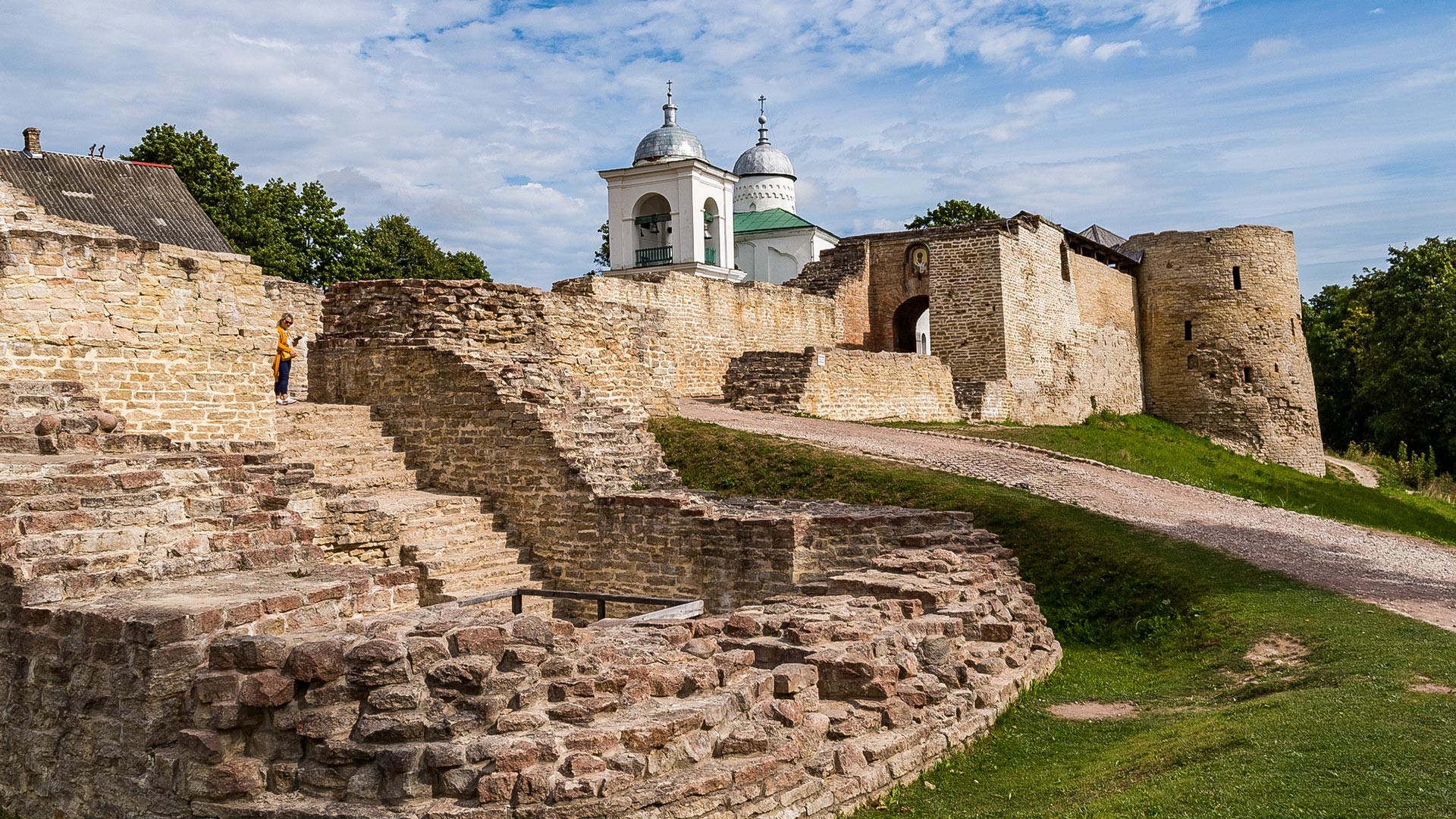 Today, the fort is popular with tourists and Orthodox pilgrims. Nearby are the Slovenian Springs, which are considered holy. They run straight off the side of a cliff into a lake full of paddling swans. 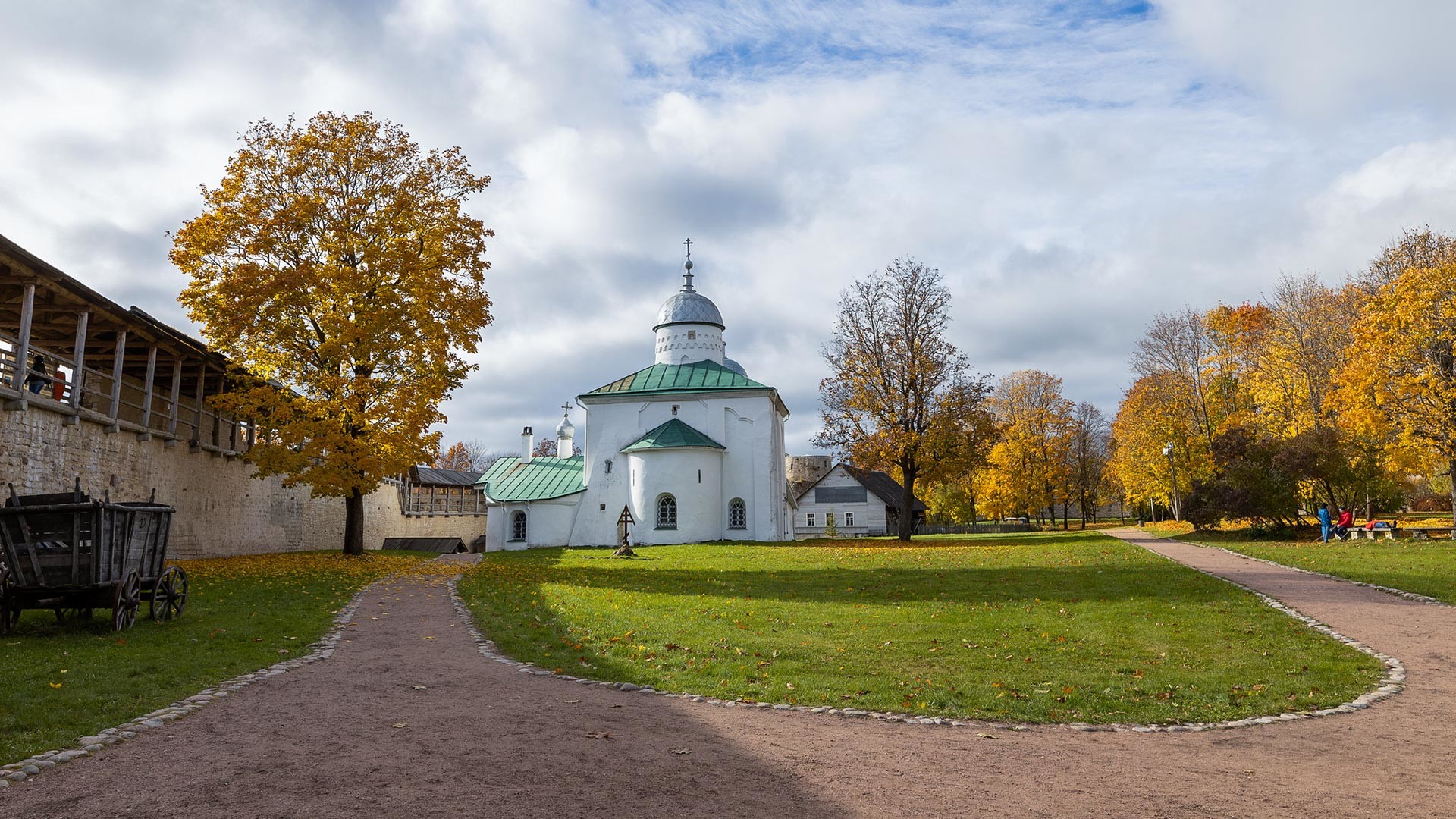 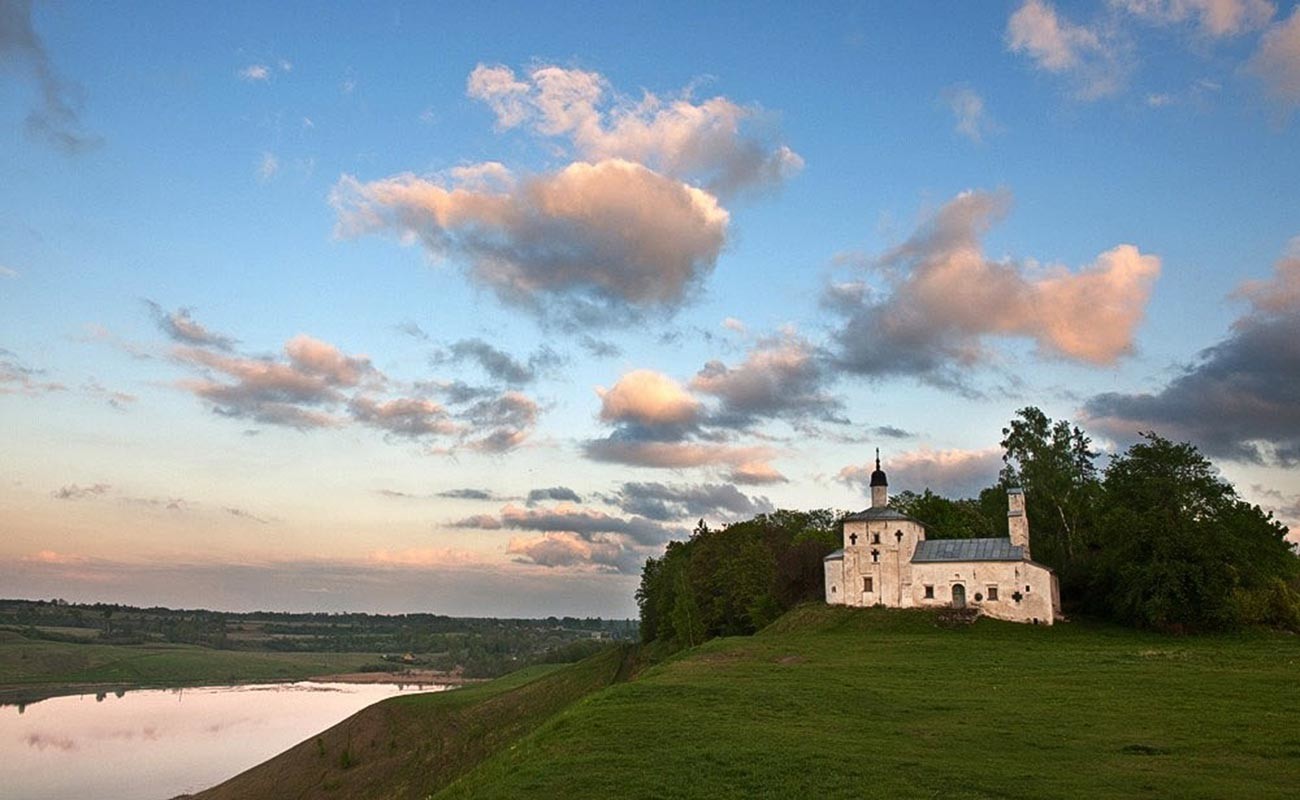 Church of St Nicholas on the Truvor Settlement

Pilgrims come here for the holy water. Inside the fort itself stands the unique 15th-century St Nicholas Cathedral. And close by, next to Truvor’s grave, is the 17th-century Church of St Nicholas on the Truvor Settlement.