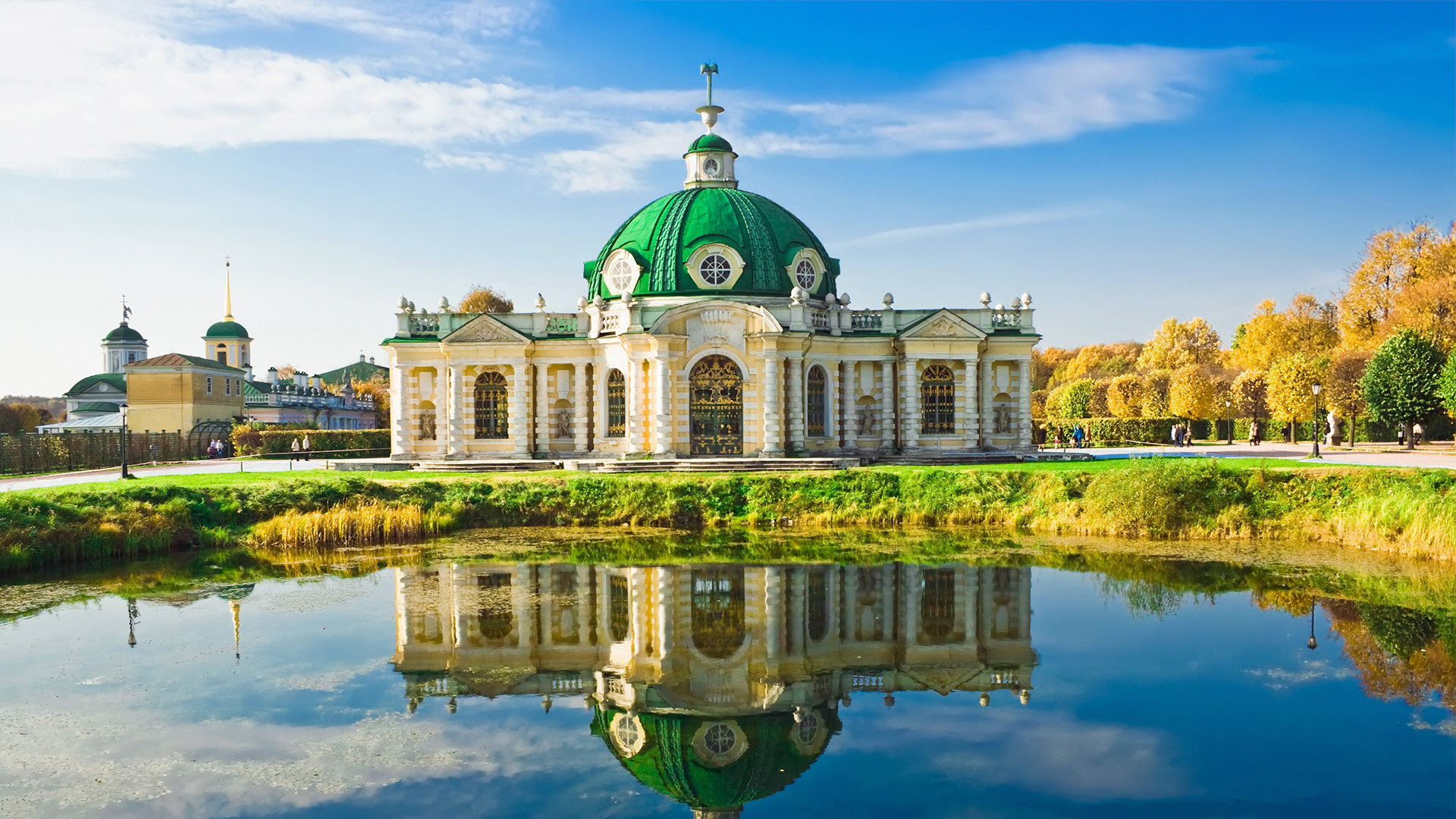 Legion Media
What used to be the country residences of eminent Moscow nobles are now located within the city and delight the inhabitants of the concrete jungle with their greenery, parks and palace ensembles. 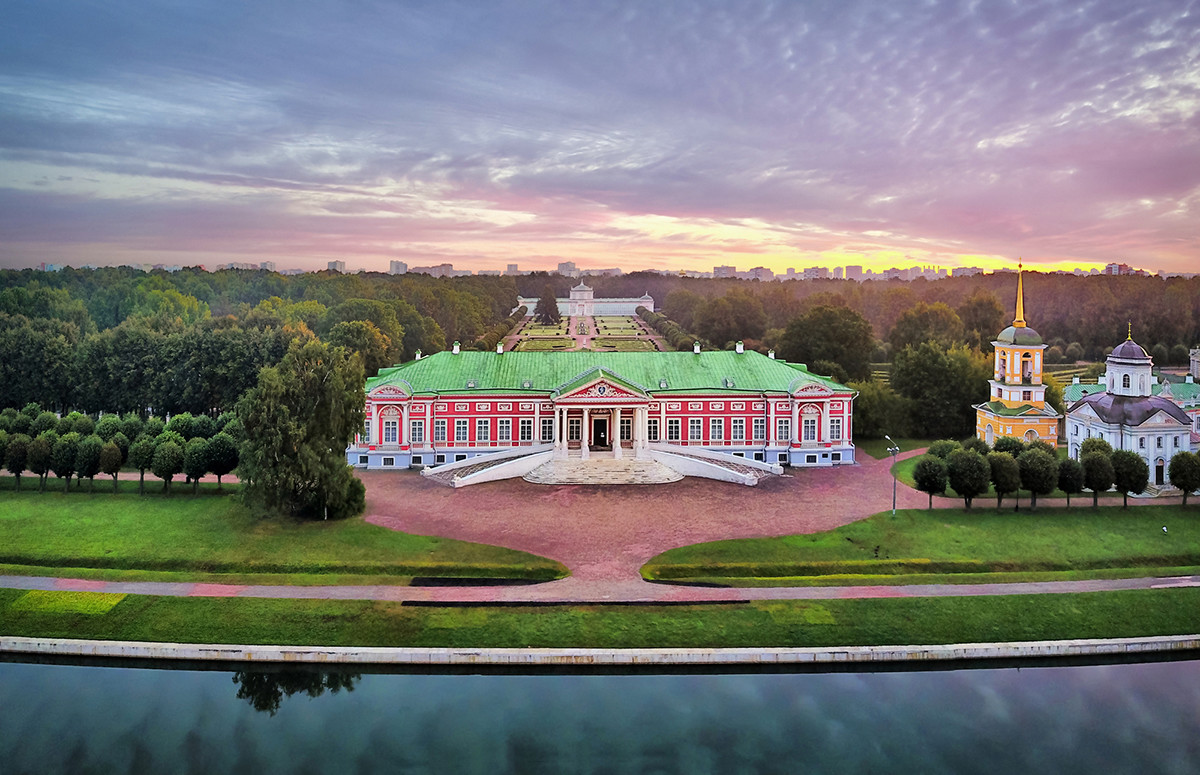 One of the most beautiful estates in Russia once belonged to the noble family of the counts Sheremetev. The 18th century was when the incredible palace was built and saw its golden age. The estate includes a wooden palace, formal and English parks, several outbuildings in Dutch, Italian and Swiss styles, as well as a large orangery for growing rare fruits. According to a legend, Count Sheremetev decided to surprise Catherine the Great and presented her in winter with a basket of peaches from his orangery, something that was unimaginably exotic for the 18th century. 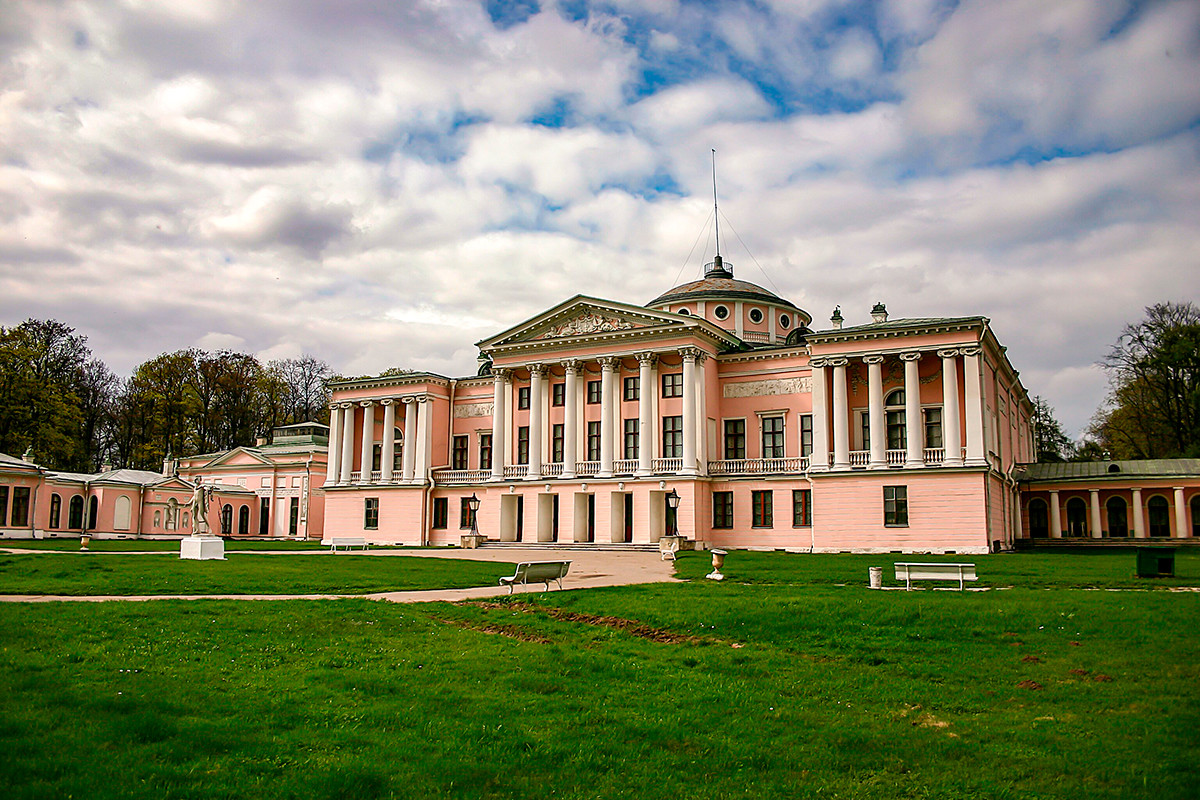 The extremely wealthy Sheremetevs also had another estate, much nearer to the city center. It also had greenhouses, in which rare trees and plants were cultivated. There is also a unique 17th century ornamented church on the estate grounds. But the estate is best known for its private theater in which serf actors performed and for which a special palace with a stage and auditorium was built. Nikolai Sheremetev’s secret lover Praskovia Zhemchugova was the star of the theater’s stage. At the end of the 18th century, St. Petersburg already had imperial theaters, but the Sheremetev theater was still invited to perform for the imperial couple. 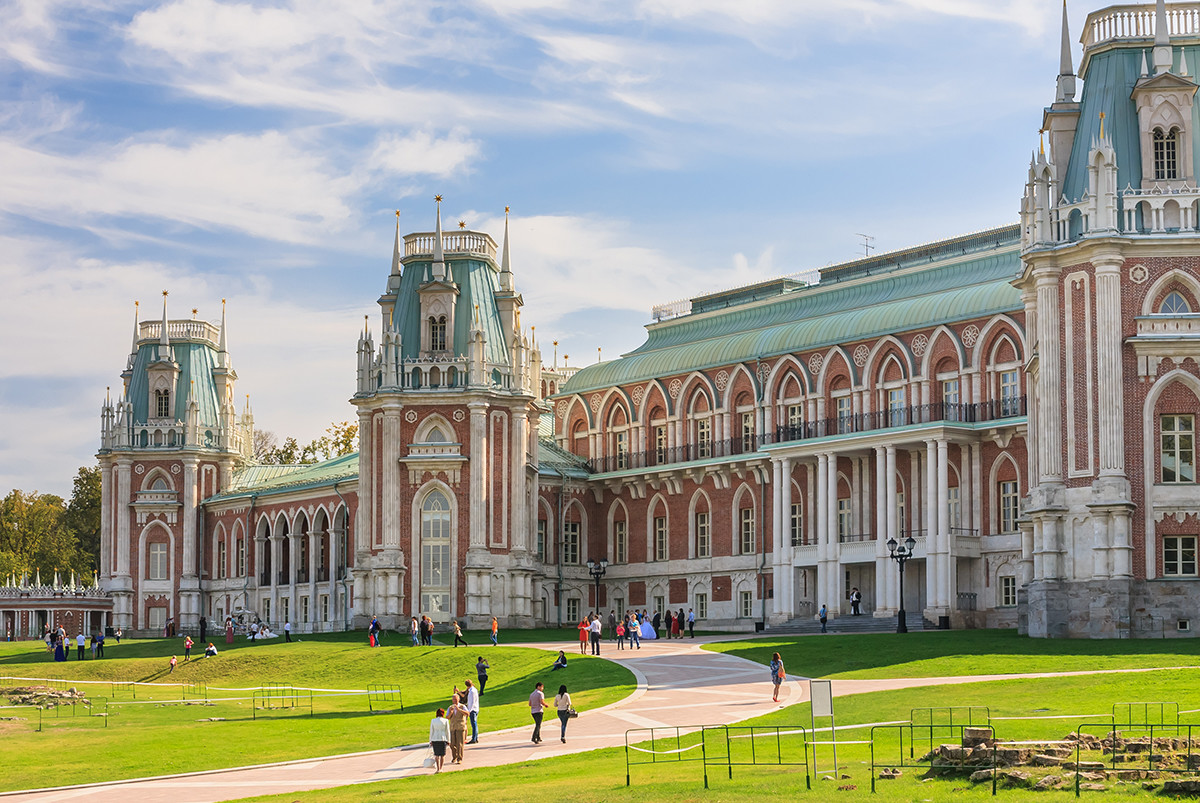 The idea of a grandiose “Tsarskoye Selo near Moscow” belonged to Catherine the Great. An enormous sum was allocated for its construction, but the Empress soon lost interest in the idea and stopped off at Tsaritsyno only once. The 18th century palace complex was built to the design of the main architects of the time - Vasily Bazhenov and Matvey Kazakov - and the result was a rare example of pseudo-Gothic in Russia. Incidentally, the palace is built of red and white brick to echo the color palette of the Kremlin and Red Square, according to the architects. It was the first such large-scale palace ensemble outside the capital, St. Petersburg, and one of its main features was a large and picturesque “landscaped park”. 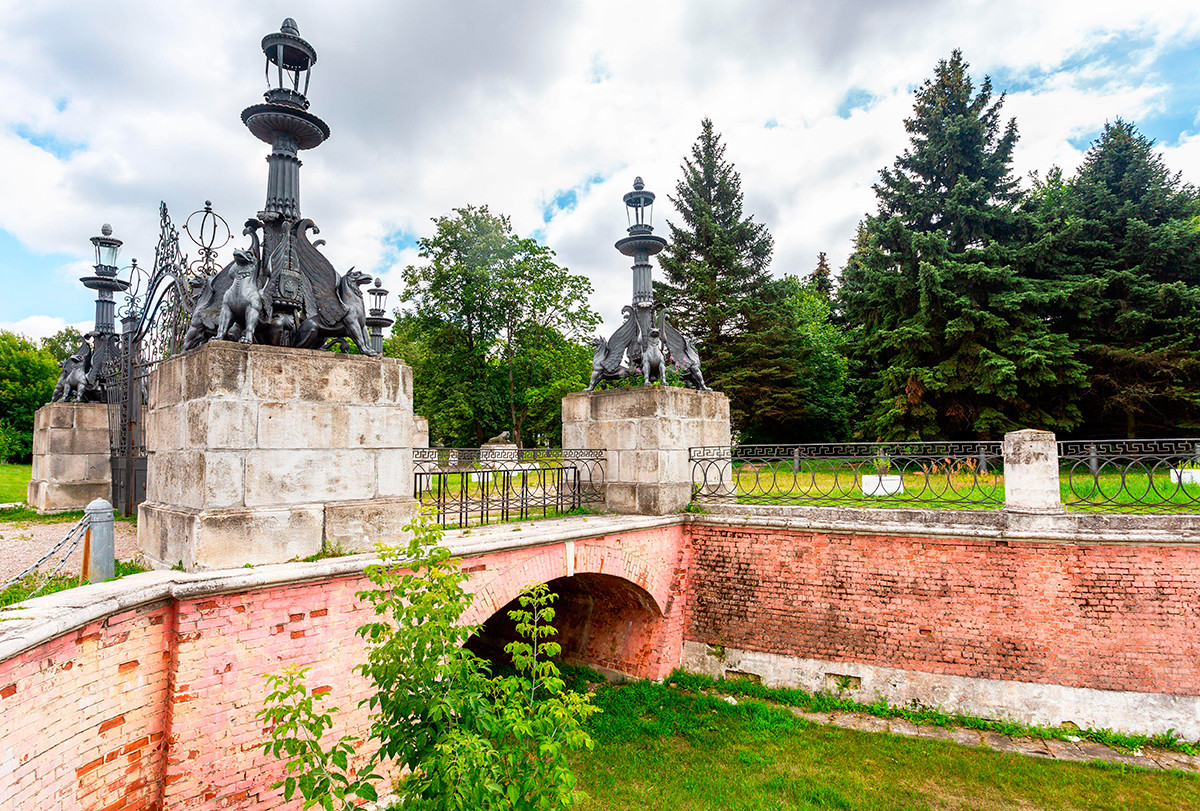 This estate belonged to the noble Stroganov family and later passed to the princes Golitsyn as a dowry, when the two families intermarried. At different times, the estate was visited by many tsars, from Peter I to Alexander II. People were drawn here by a replica of the Jerusalem icon of Our Lady of Blachernae, which was held as a relic on the estate and in honor of which first a wooden church and, later, a stone one in Classical style were built. 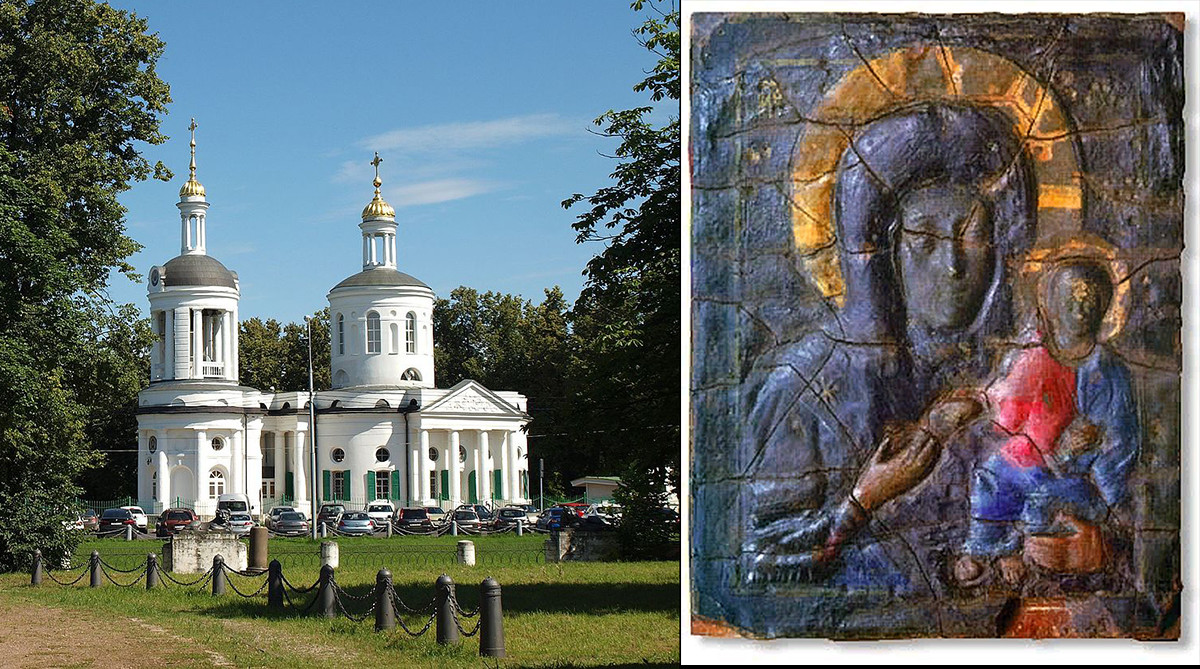 Under the Golitsyns in the 18th century, the estate was expanded and the manor house rebuilt. Alas, all its beautiful features failed to survive to this day - the manor house burned down shortly before the 1917 Revolution. However, several outbuildings, a plant house and a most spectacular stable block are still there. Also the estate has a big park with a series of ponds and picturesque bridges. 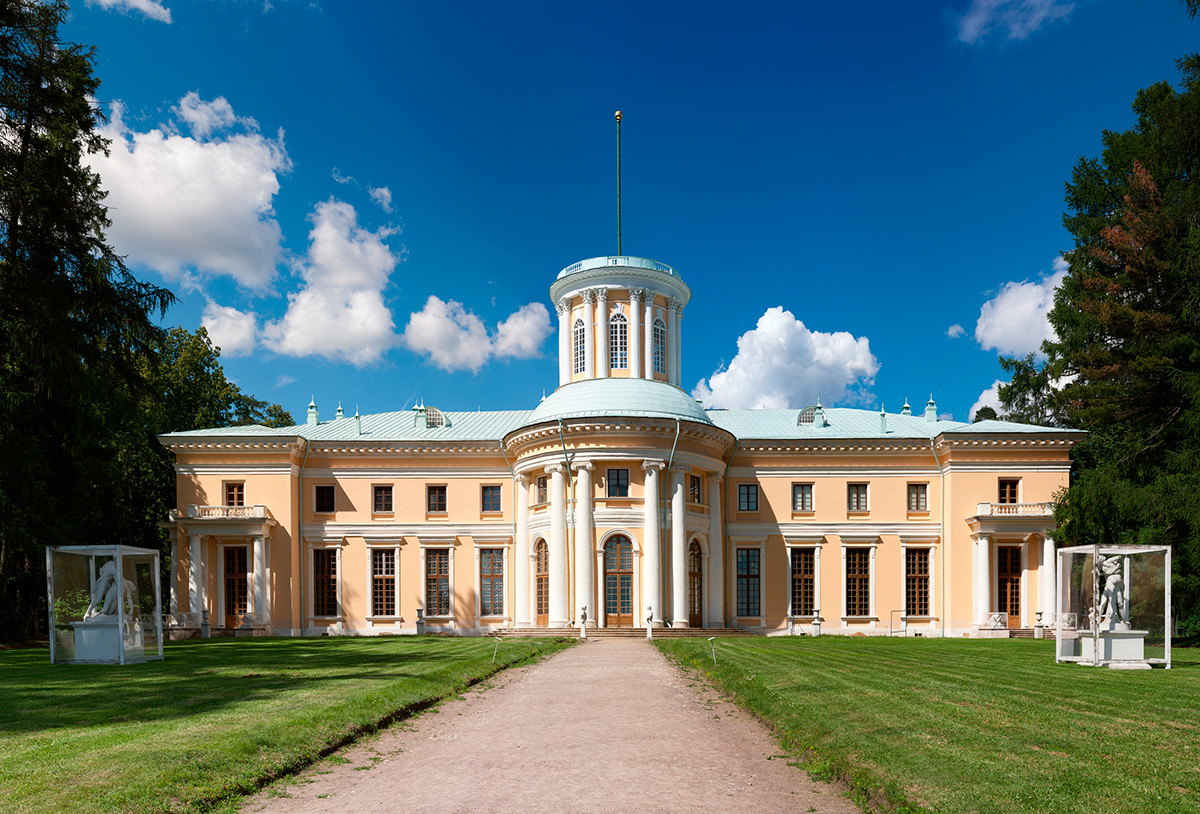 This estate changed hands many times and its owners included the aforementioned Sheremetevs and Golitsyns, as well as the Yusupovs, all of them among the oldest and richest Russian noble and princely families. The palace ensemble was formed at the end of the 18th/beginning of the 19th centuries and is quite similar to the luxurious imperial residences outside St. Petersburg. It has a formal park with a huge number of sculptures, several palaces, its own theater and even the Yusupov family church and mausoleum with a colonnade. The picturesque landscape is crowned with a view of the Moskva River.