The most mysterious neo-Gothic mansions of old Moscow (PHOTOS)

Travel
Anna Sorokina
These buildings look like they belong in medieval Europe and may come as a revelation even for people who know the city well.

Moscow has hardly any authentic medieval buildings left since most were destroyed in numerous fires that have ravaged the city over the years. At the turn of the 20th century, Moscow was going through a construction boom in which new factories, churches and apartment buildings were created based on original designs. In addition to the Russian style, which was very popular at the time, architects in this period were also inspired by old Europe, turning merchants' mansions and city factories into “medieval" Gothic castles. Let's take a look at some examples of these buildings that still remain standing. 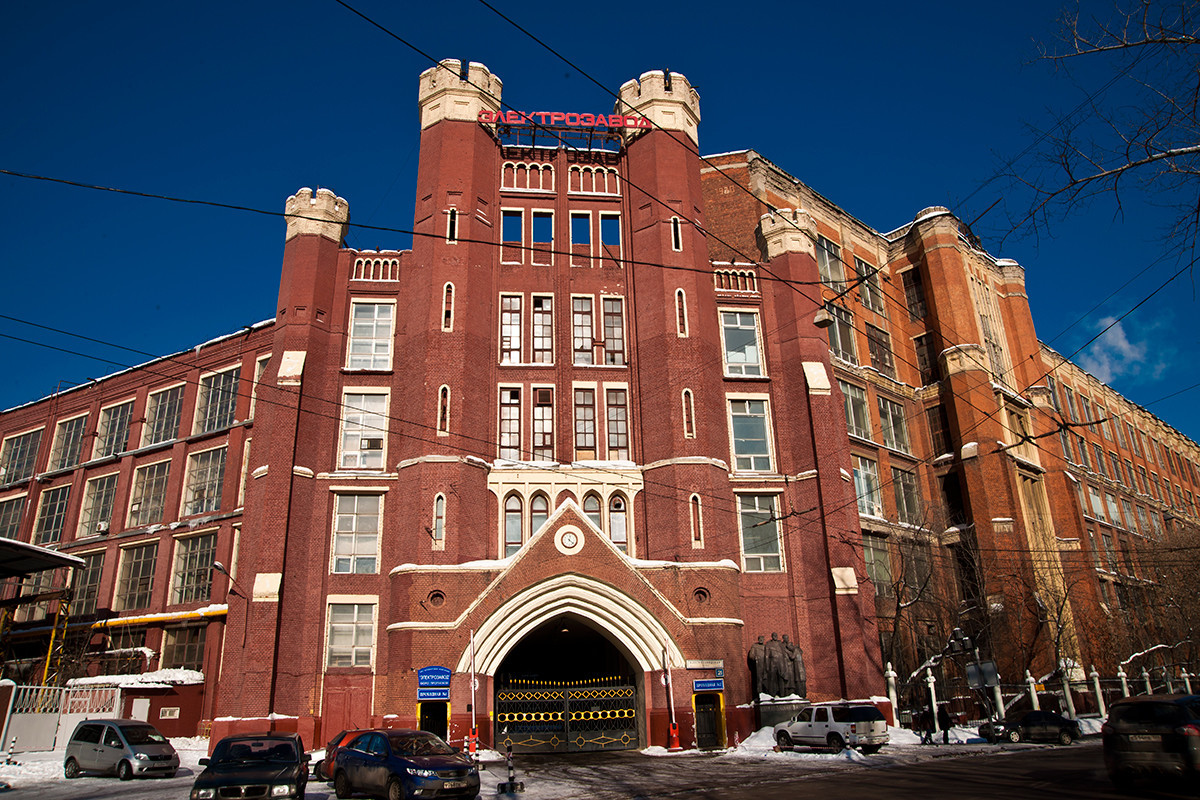 This factory for making electric lamps and transformers was built in the east of Moscow in 1915. Initially, it was intended for the production of rubber galoshes and car tires for a joint Russian-French company. Its architectural design featured numerous turrets and spires in a pseudo-Gothic style, but construction was abandoned following the 1917 revolution. The factory was completed in 1925-1928, already without much in the way of architectural frills, but it did become one of the industrial giants of the Soviet Union. 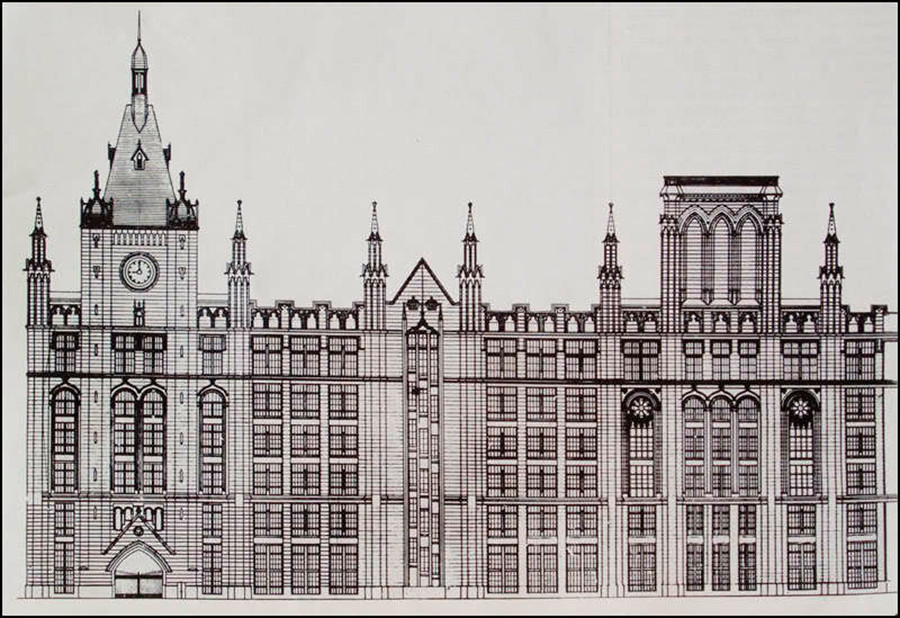 The project of the factory.

Electrozavod produced machine-building and railway equipment. After the collapse of the USSR, the plant did not survive the economic crisis that followed. Production came to a halt, and the premises began to be rented out. These days the plant's workshops await renovation work that could breathe new life into this industrial space. 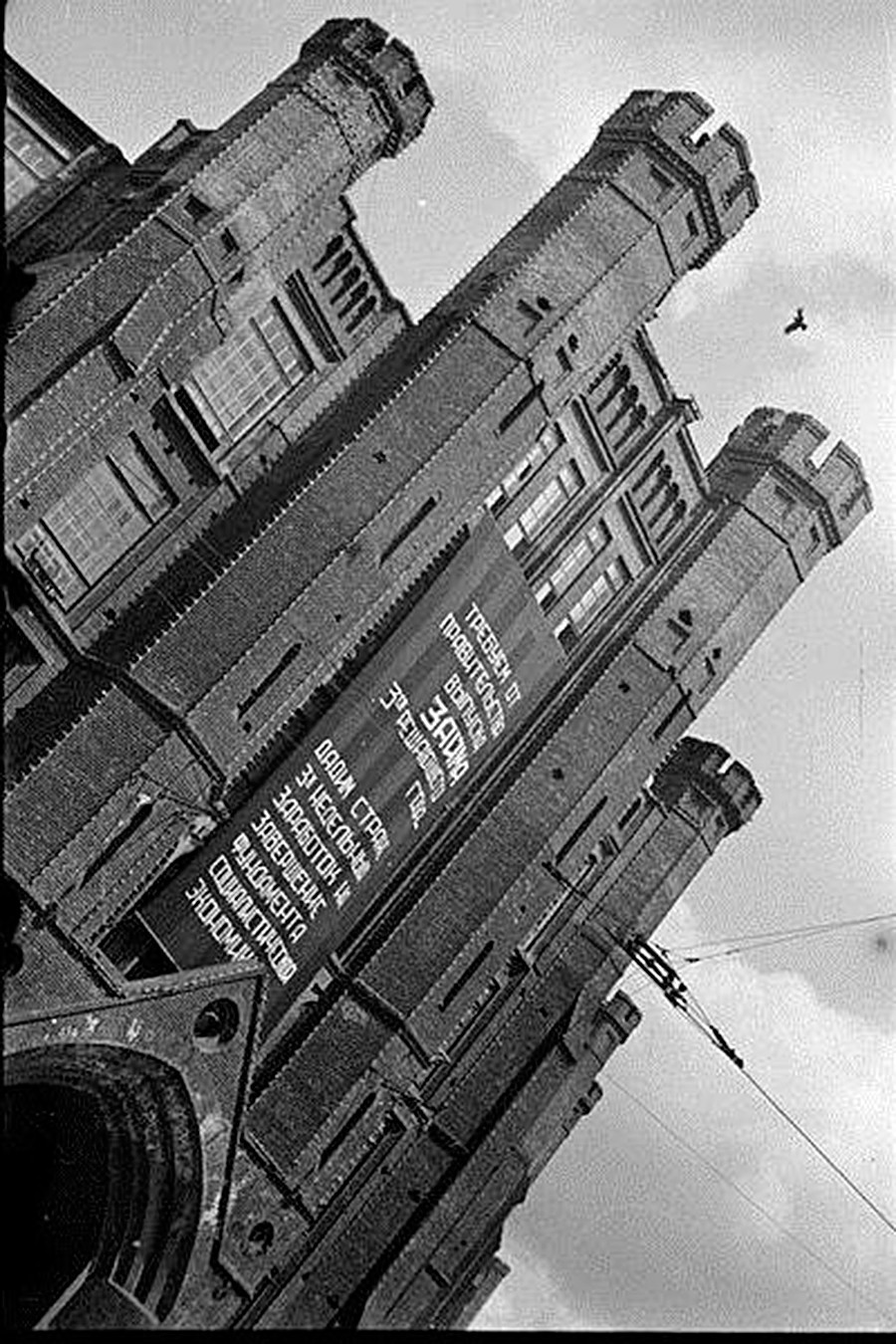 2. Cathedral of the Immaculate Conception 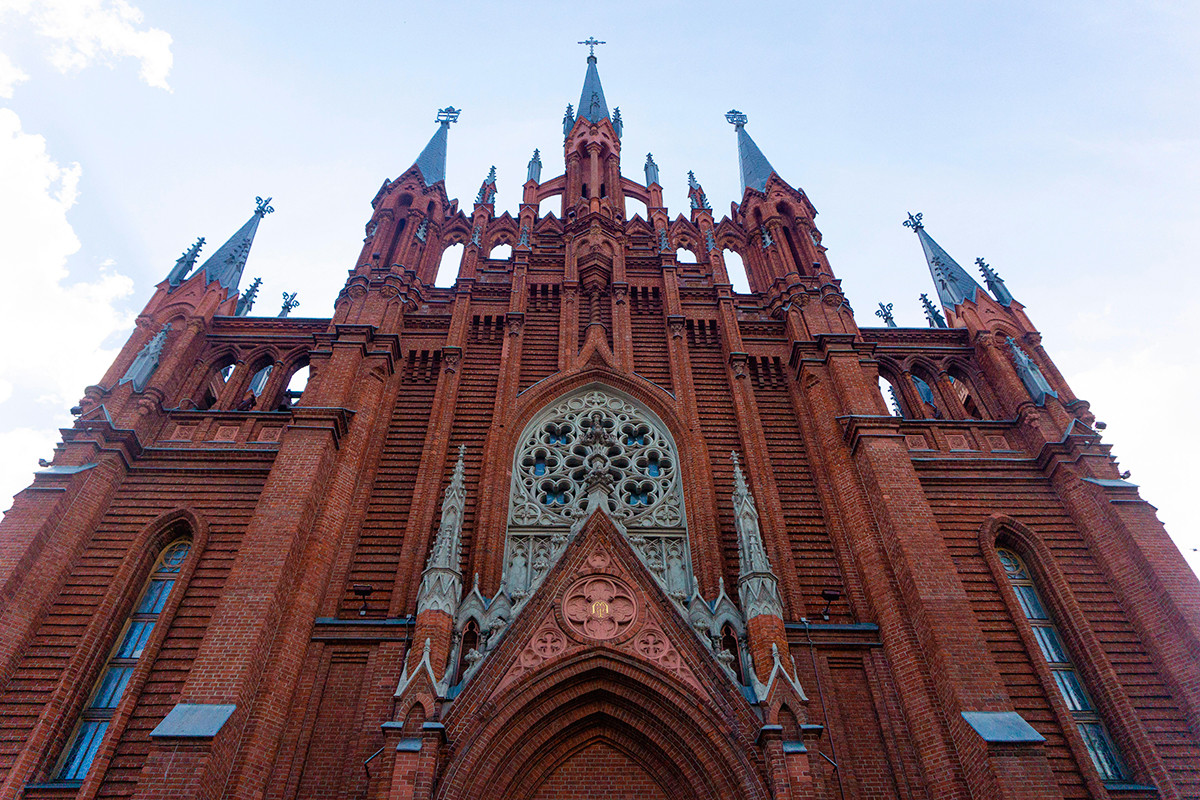 One of the largest Roman Catholic churches in Russia was built from 1901-1911 on Malaya Gruzinskaya street in the center of Moscow. The cathedral holds services not only in Russian, but also in Spanish, English, Polish, French and even Korean. It also serves as a venue for organ recitals, which are popular with residents of the city and tourists alike.

Its architect, Foma Bogdanovich Dvorzhetsky, designed the building in the neo-Gothic style, with red brick masonry, high black roofs and lancet windows. Historians believe he was inspired by images of Westminster Abbey and the Milan Cathedral. 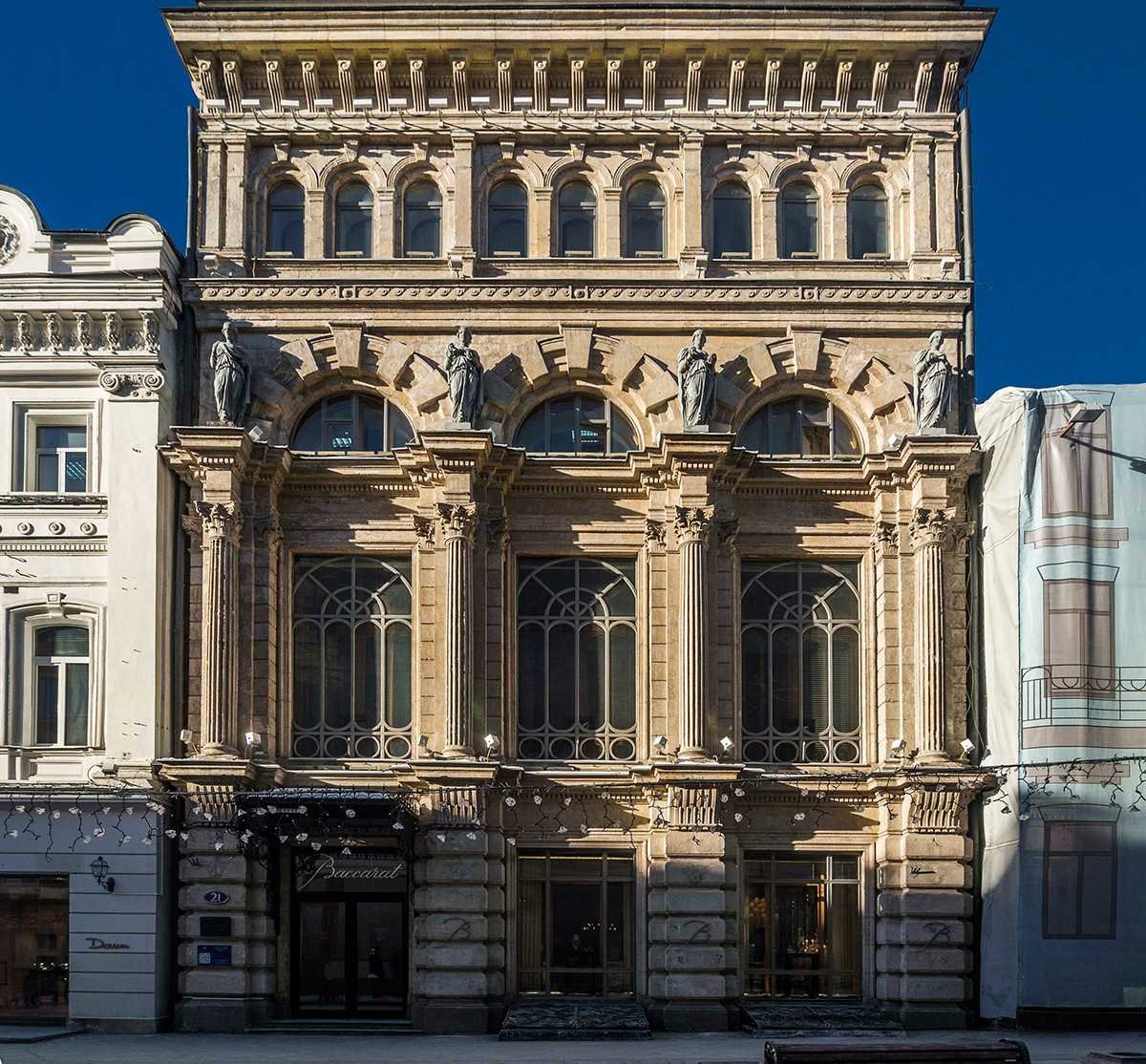 This distinctive building is located on Moscow's main tourist street, Nikolskaya Ul. Built in the late 1890s, it initially housed the pharmacy of Vladimir Ferrein and is presently occupied by a crystal shop. Its classic Renaissance facade is decorated with massive windows and sculptures of Hygieia, the Greek goddess of health. 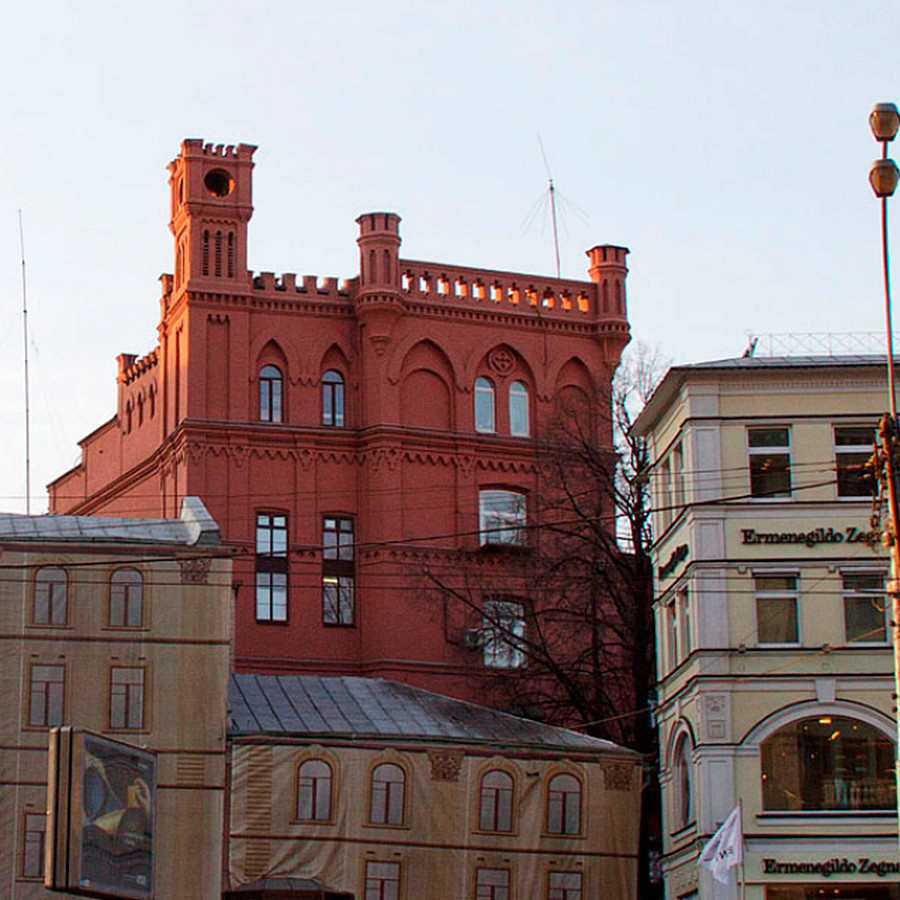 However, if you look at this building from Tretyakovsky Proezd lane, you will see a Gothic castle made of red brick and sporting a beautiful turret that the architect put there to mask a chimney. Before the 1917 revolution, there was a clock on the turret, but this was lost during the Soviet era. 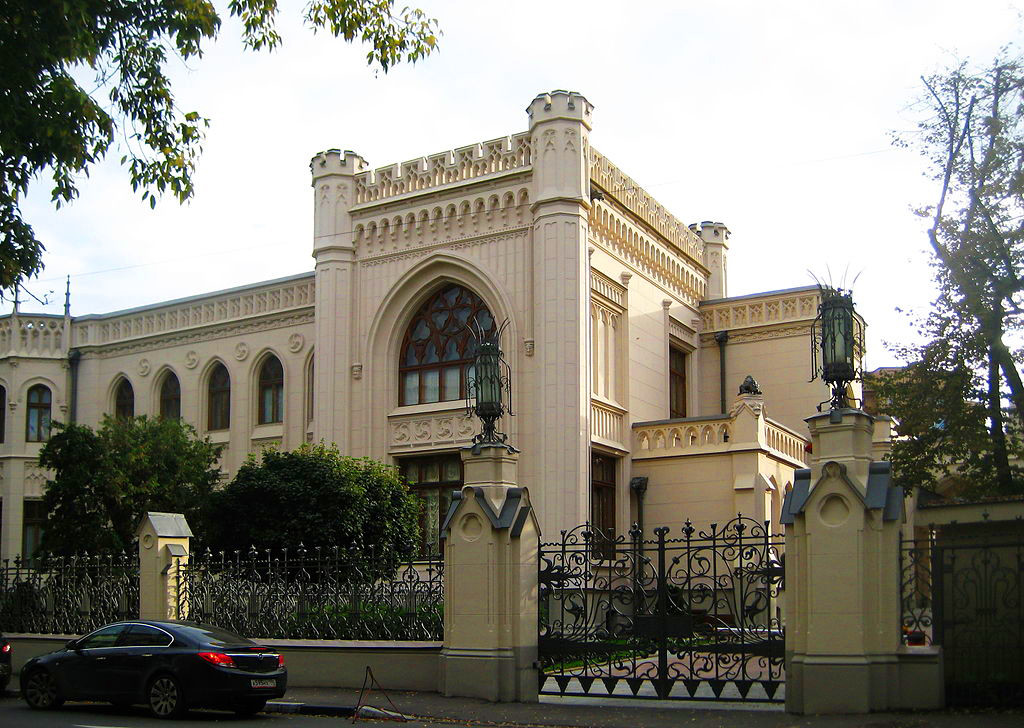 This mansion was built by the famous industrialist and philanthropist Savva Morozov’s wife, Zinaida, and it was designed by the equally famous architect Fyodor Shekhtel. Morozov was an Anglophile who had studied at Cambridge, so he wanted his mansion to be built in the Gothic Revival style. The house's grand interiors, which were designed by the artist Mikhail Vrubel, are reminiscent of an old castle.

After nationalization, the building was handed over to the Ministry of Foreign Affairs. It is still used as a venue for receiving foreign diplomats. 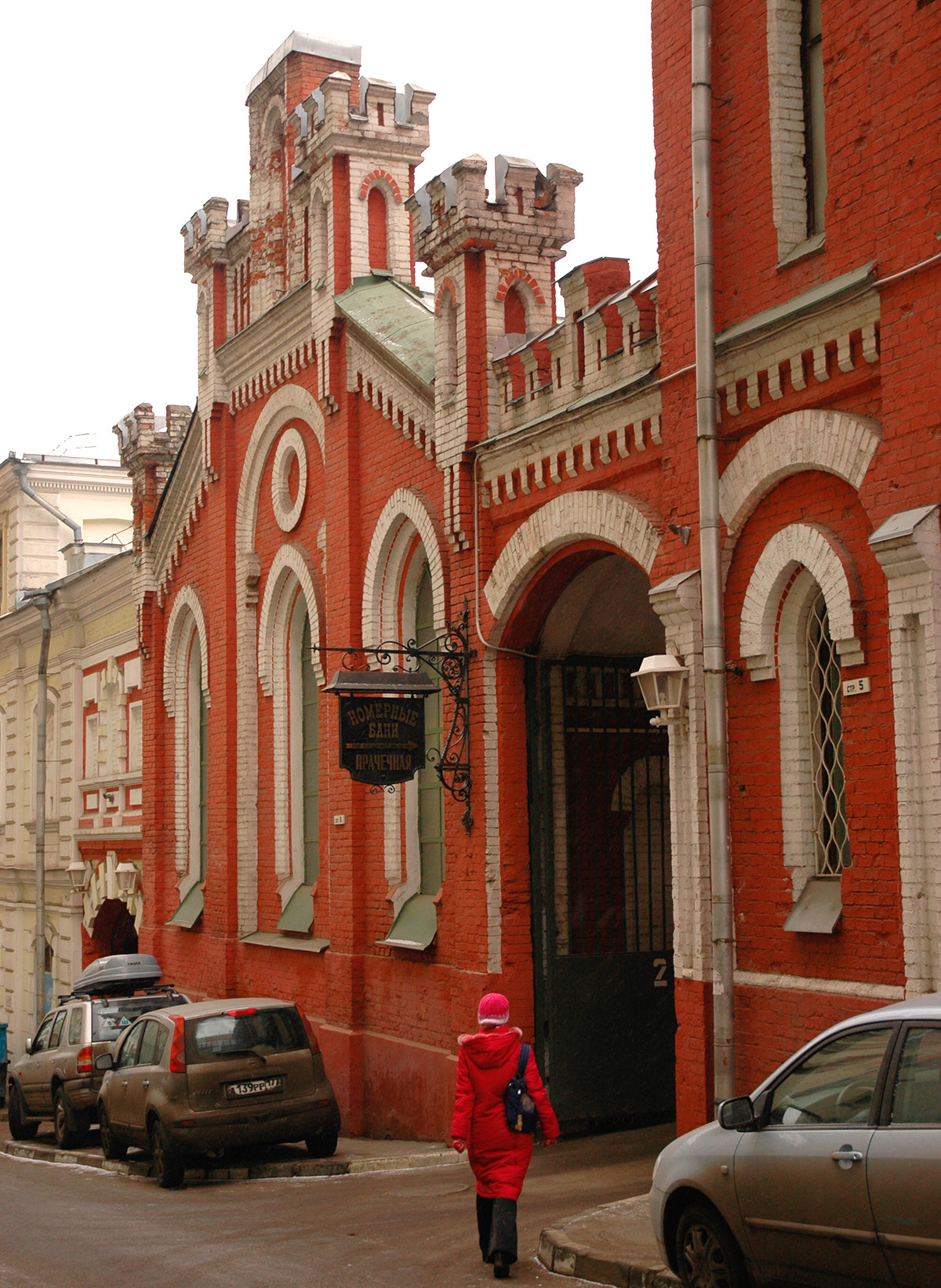 These famous Moscow public baths are located on a quiet side street in the center of Moscow. The baths were set up in 1808, but the neo-Gothic building that houses them was only built in the 1890s. 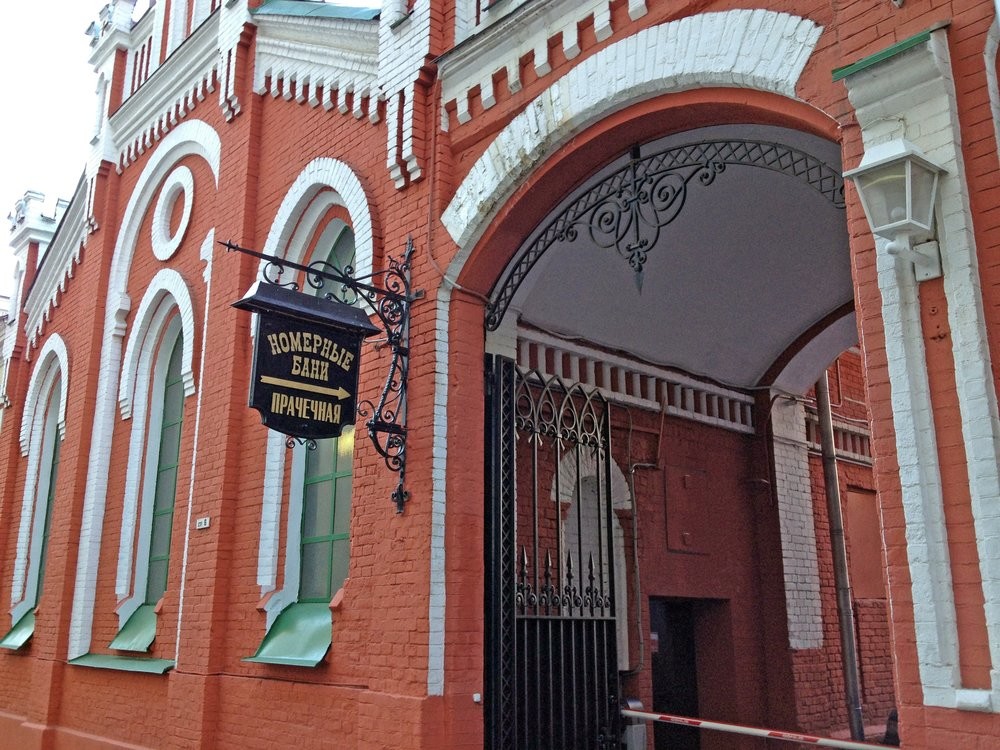 Its interiors, full of Italian marble and English tile, are also neo-Gothic and include high benches and vaulted ceilings. The level of luxury here could easily compete with that of any opulent mansion. The baths still operate in this building and are open to tourists. 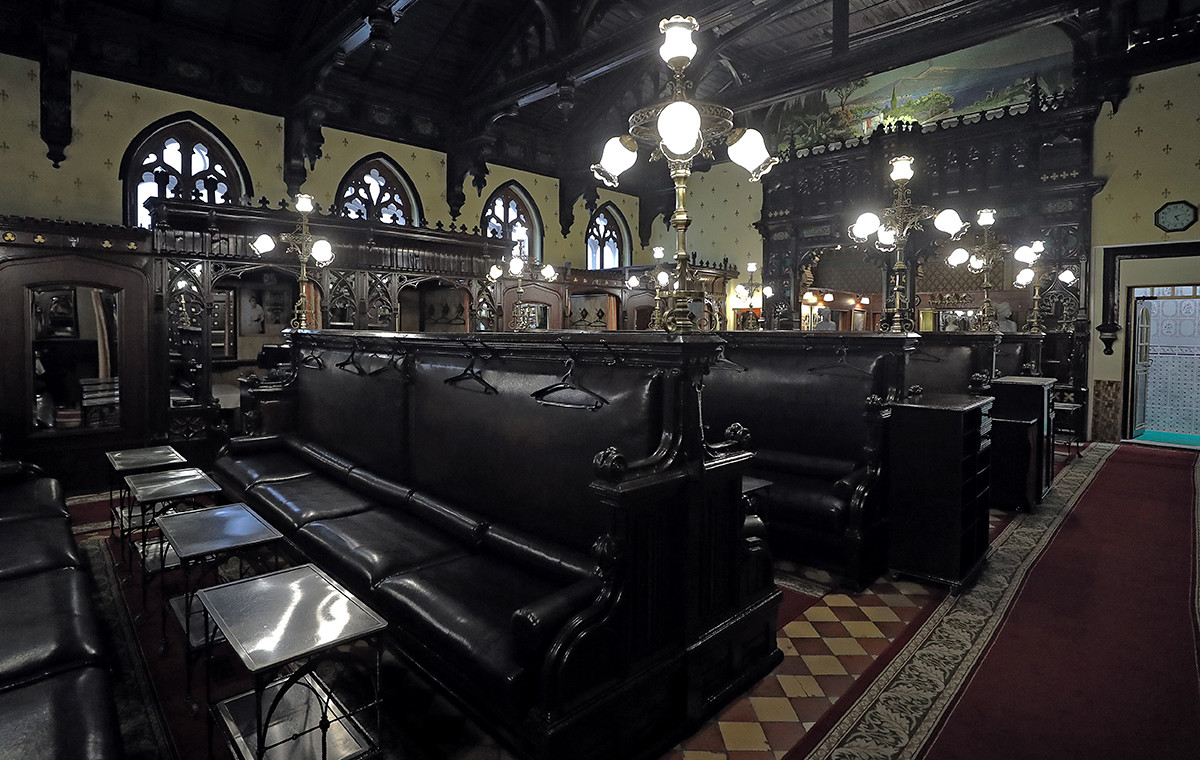 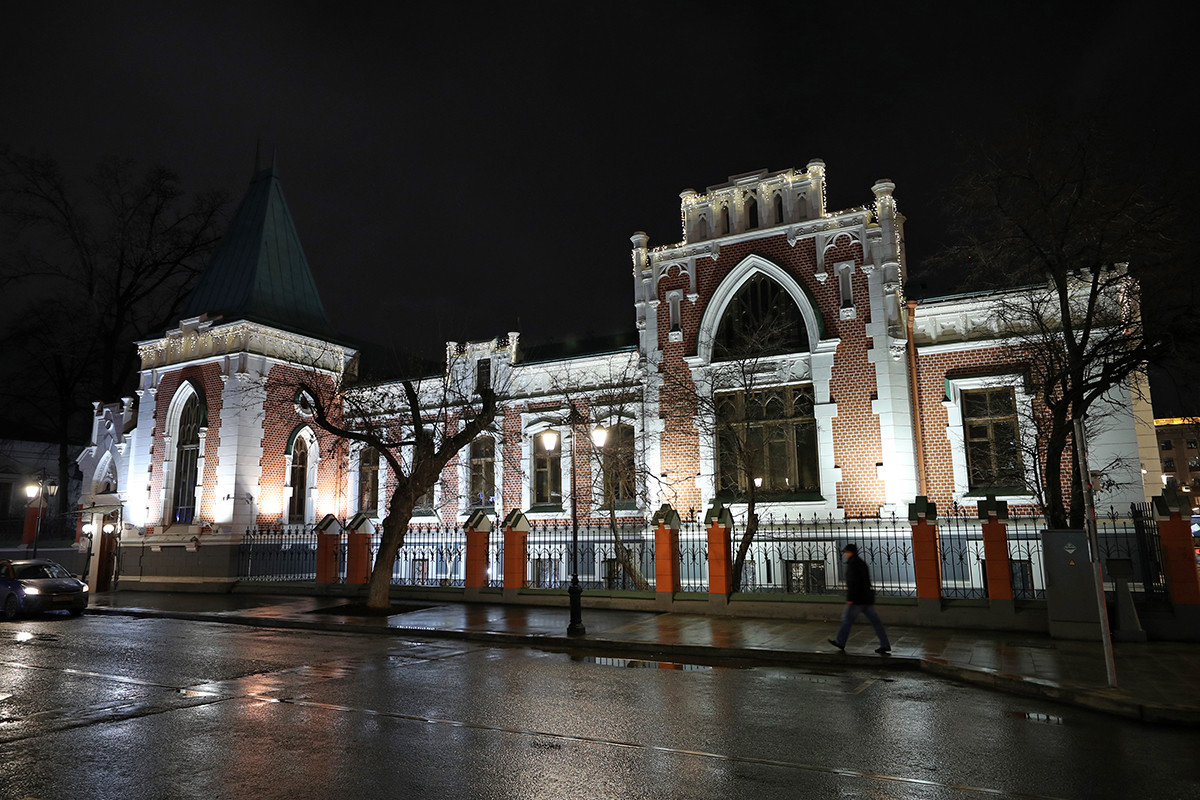 Merchant Alexei Bakhrushin collected theatrical costumes, sets and works of art that he brought back from his trips around Russia. Having planned to build a theater museum in 1894, he chose a small plot of land in Zamoskvorechye (on a street that is now named after him). The building's facades and interiors were designed in the Gothic Revival style, which was well suited for a venue that celebrates drama. In 1913, Bakhrushin donated the museum and his collection to the Academy of Sciences, while staying in the role of its caretaker. He retained this post under Soviet rule as well. 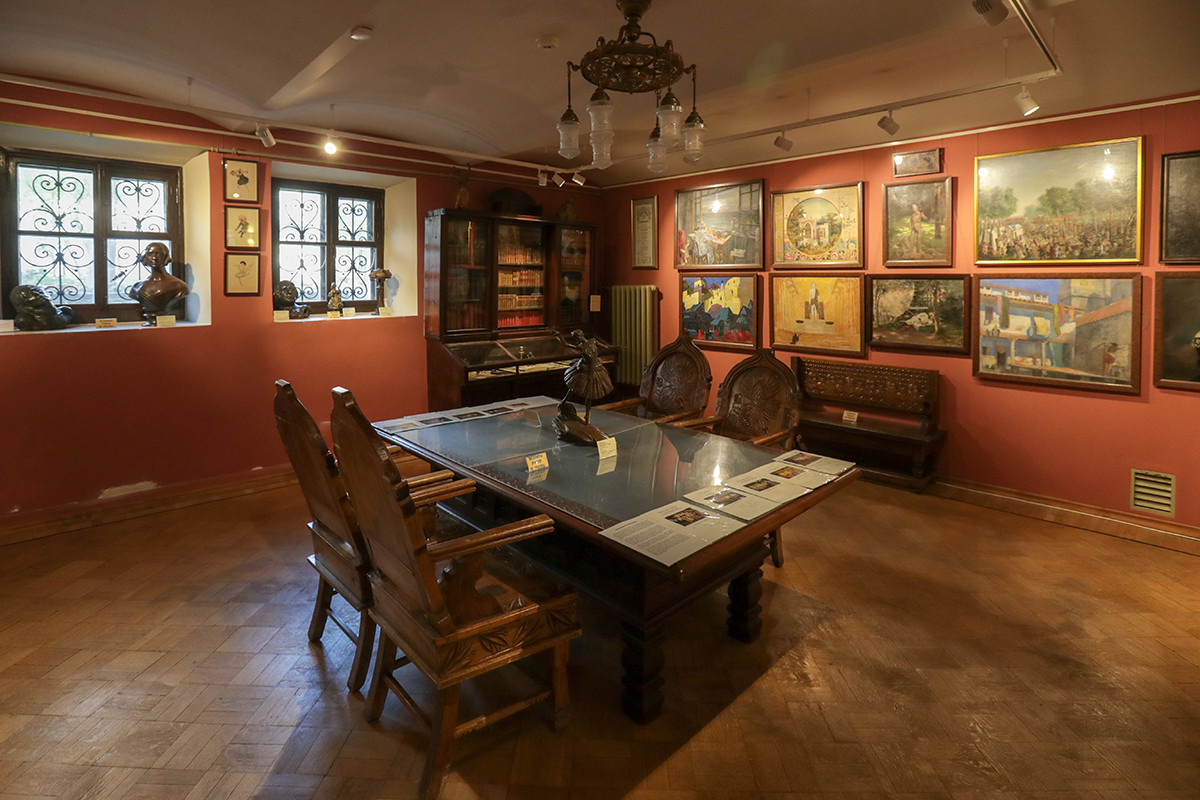 The building still houses a theater museum, and in the late 1930s another floor was added since the collection kept growing. 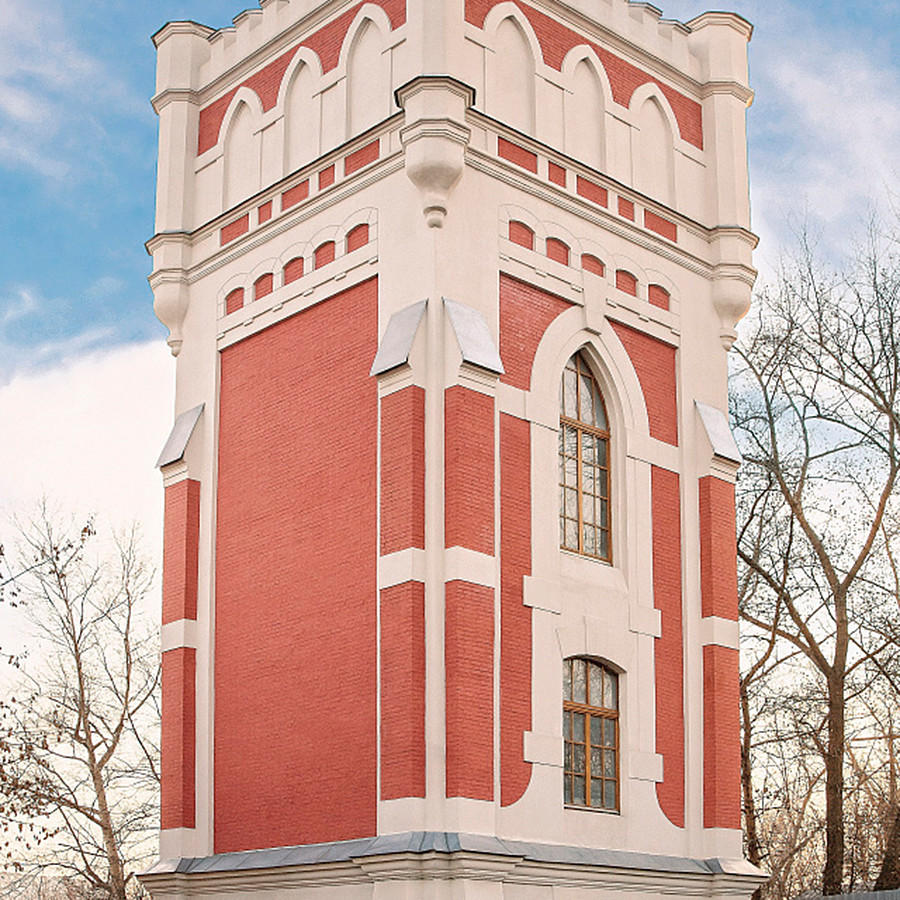 The Ugreshskaya station on the small ring railway in southeastern Moscow is one of the oldest in the city. The historic building of the station and a water tower were built at the very beginning of the 20th century and were recently restored.

From a distance, the water tower looks like a medieval castle or monastery tower. It has been granted the status of a municipal cultural heritage site.