7 facts about the Far North that will surprise you 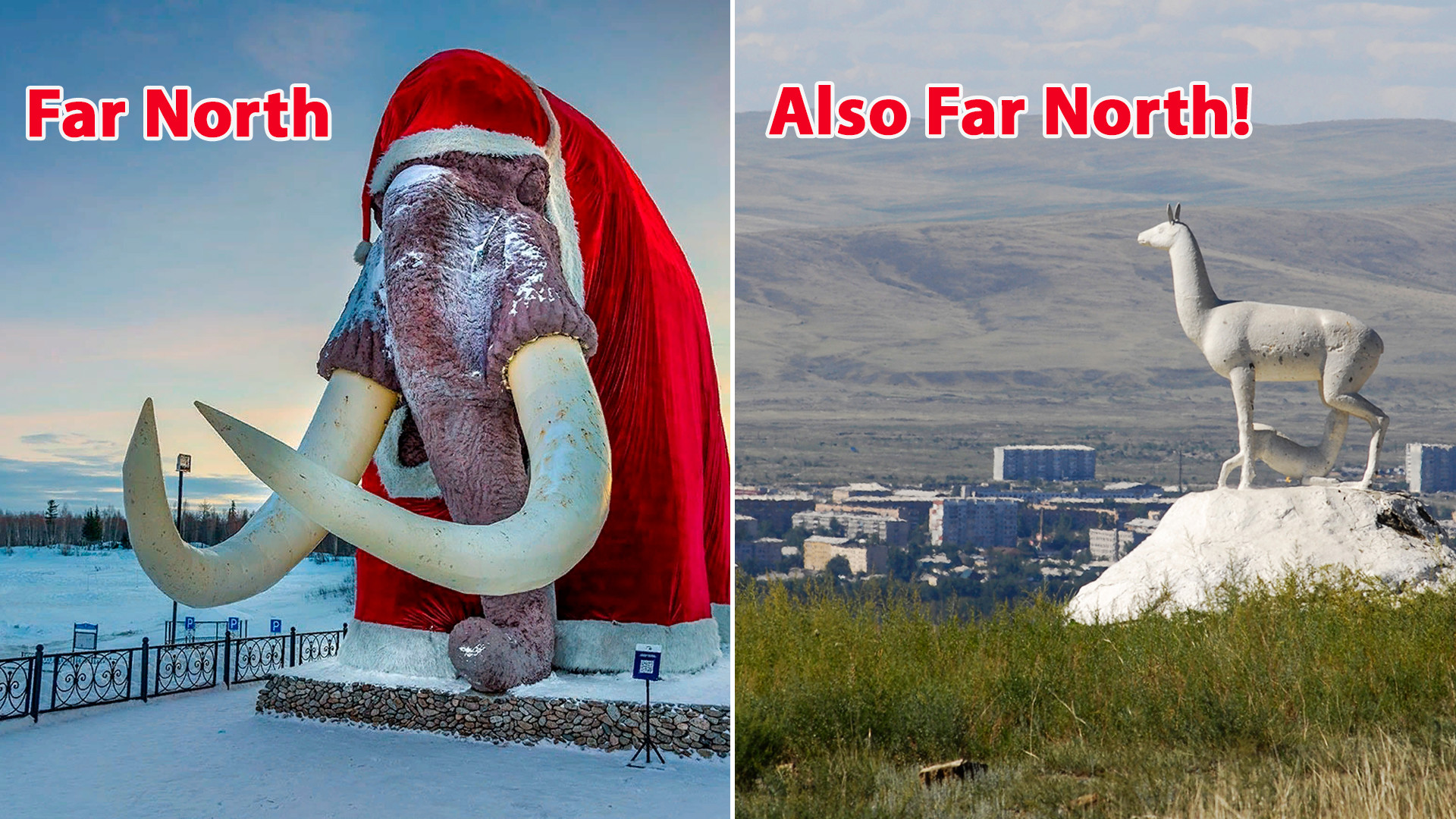 Left: Salekhard, the city on the Polar Circle. Right: Kyzyl, the city in Southern Siberia.

Sergei Anisimov/Sputnik; Alexander Kolbasov
Not all of Russia's coldest territories are actually located in the north. However, due to peculiarities in their landscapes, many regions have such harsh climates that they too are considered to be part of the Far North.

1. The Far North makes up two-thirds of Russian territory

The concept of the Far North was first introduced in the Soviet Union in the 1930s to denote remote areas with difficult living conditions. Most of these are places with permafrost, barren soils and harsh winters. But the main criterion is that they are hard to reach and do not have year-round connections with the rest of the country. As locals sometimes joke, there are no roads here—only directions. 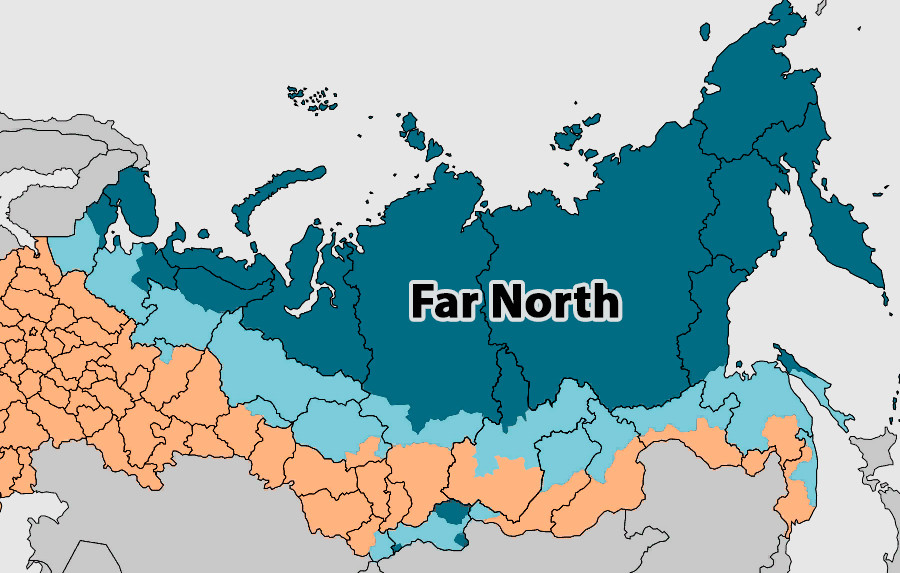 Map of the Extreme North territories.

Geographically, the Far North comprises areas beyond the Arctic Circle and parts of the Russian Far East. However, at the regulatory level, it also includes many more territories, not all of which are actually located in the north. These include parts of the Urals and Southern Siberia, including areas in the Tyva and Altai regions.

Additionally, there are areas that are equated with the territories of the Far North. When you add all this up, the Far North occupies about 70 percent of the entire country!

2. The Far North is sparsely populated 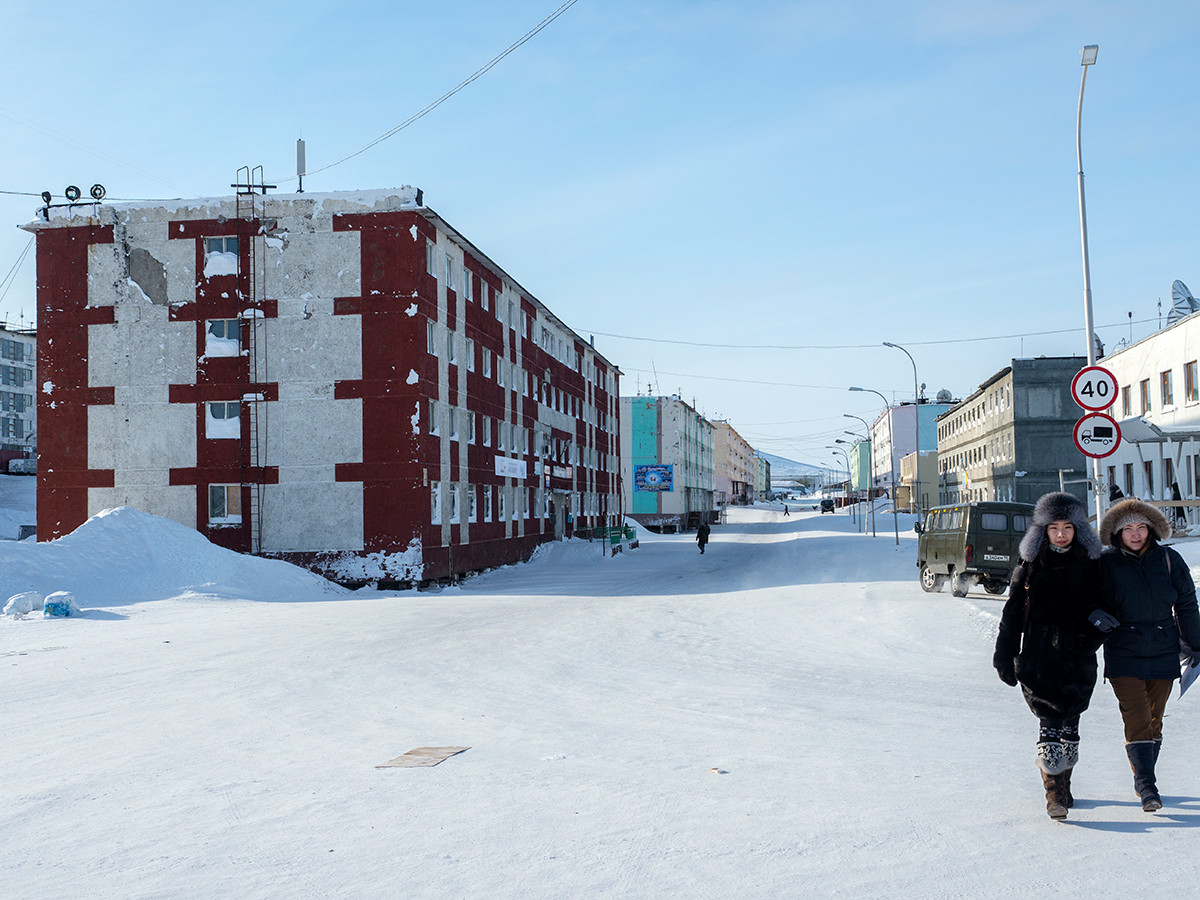 Despite being such an enormous territory, fewer than 12 million Russians, or just 7 percent of the country's population, live in the Far North. Interestingly, this group includes many indigenous peoples—Pomors, Yakuts, Tyvans and many others—who often lead the same traditional way of life as their ancestors did hundreds of years ago. Many cities in the Far North are slowly becoming deserted. In Soviet times, people relocated to them in search of better pay because salaries there were five to six times higher than those in central Russia. Many cities and towns were built near mineral deposits that fell into decay after the collapse of the USSR.

The result is that many residents sell their apartments and move to warmer regions. For example, in Vorkuta, a renovated two-room apartment costs around 200,000 rubles, the price of a single square meter of housing on the outskirts of Moscow. In settlements near Vorkuta, flat prices start at 30,000 rubles, and that includes furniture too. Of course, there are exceptions. For example, the population of Salekhard on Yamal grows year after year, and many local residents have no intention of moving anywhere. 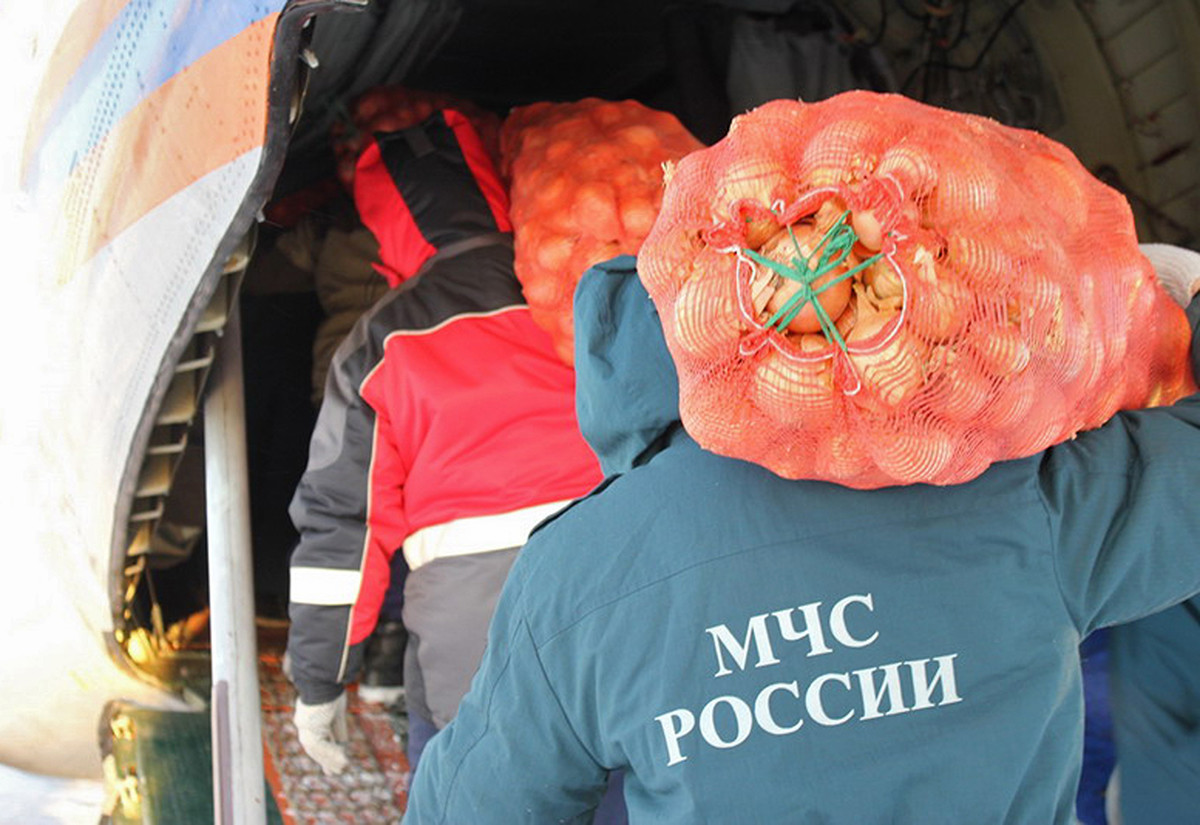 Territories were designated as belonging to the Far North in order to resolve the problem of getting supplies there. Every year before the winter season, the state organizes the so-called “northern delivery” (“severny zavoz” in Russian) to supply fuel, medicines, foodstuffs and other goods to those remote parts, mostly by air or water.

Of course, there are shops in towns and villages in the Far North too, but for individuals and private businesses the delivery of goods can be very expensive, and this raises prices for customers as well.

4. Everything is expensive in the Far North 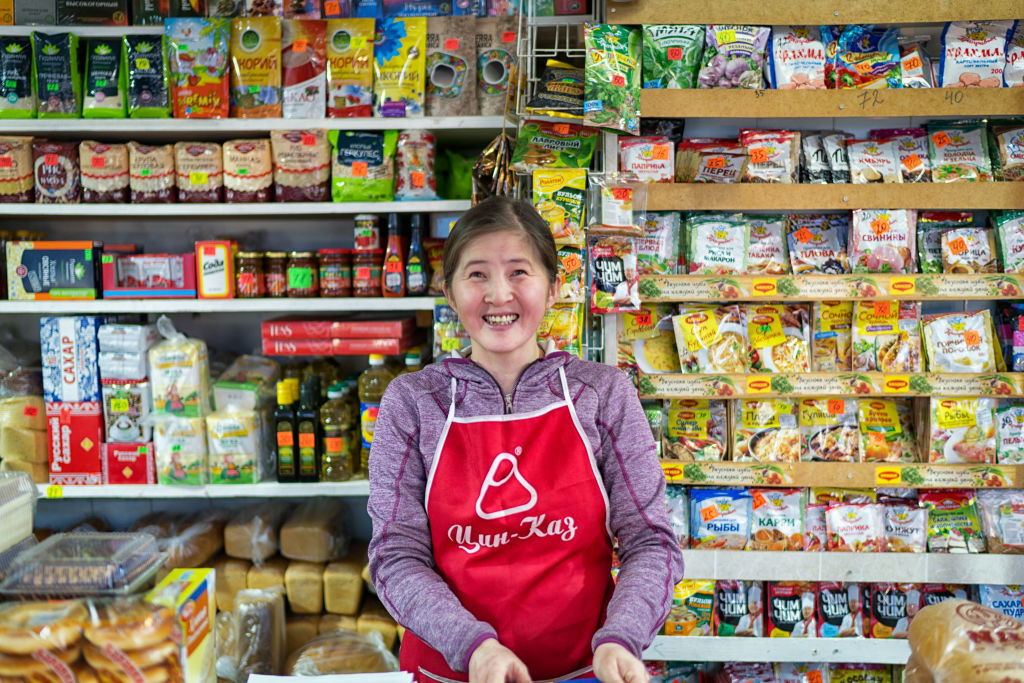 The coldest fish market on earth.

Agriculture in these parts is difficult because of the peculiarities of the local soil, while delivering foodstuffs and other goods from other parts of the country is not always possible due to weather conditions. This is why the cheapest thing here is real estate. Cheese costs twice as much as in central Russia, eggs three times as much, while fruit and vegetables can cost four to five times as much as elsewhere in the country. On the plus side, local residents can buy relatively cheap game and fish that can rarely even be found on the "mainland." 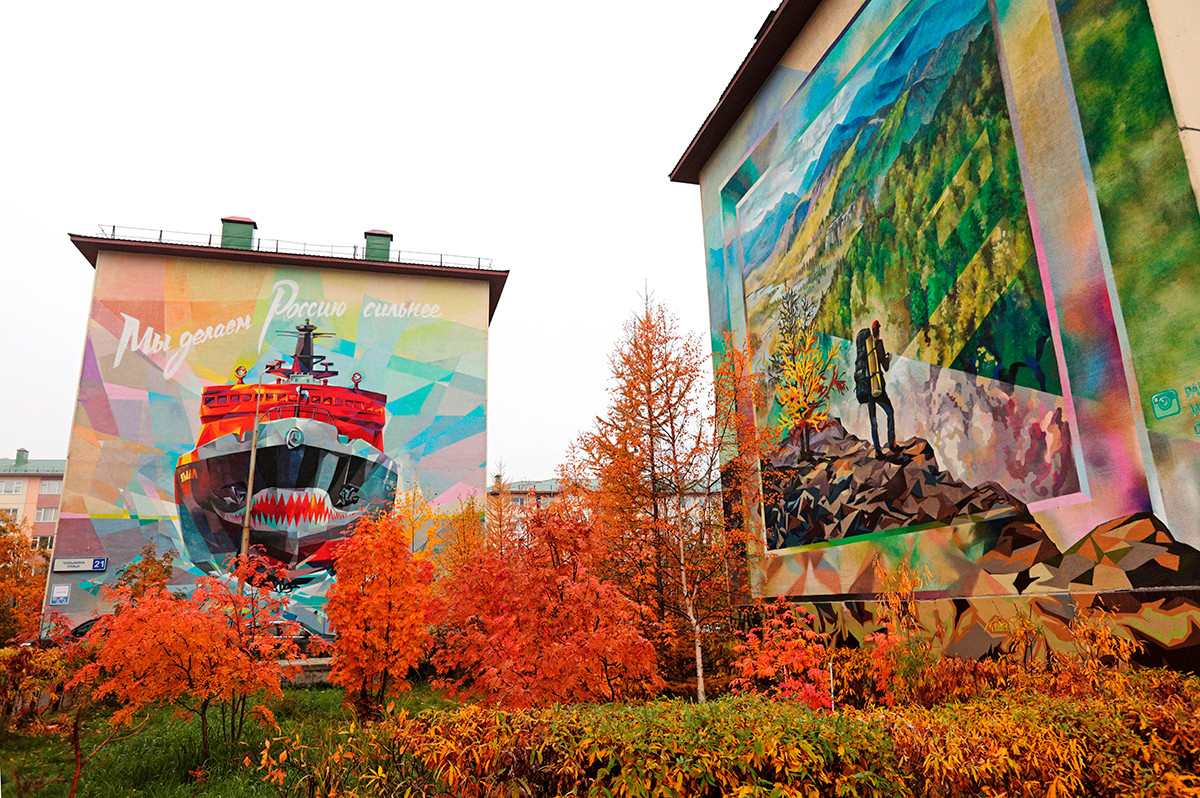 Graffiti on the walls, Salekhard.

Many cities of the Far North have a tradition of painting apartment buildings in bright colors. The thinking is that in a place so short on sunshine and vegetation, orange, yellow and pink buildings help to create a more cheerful mood. Indeed, how can one be sad in such a riot of colors? Just look at this magnificent graffiti in Salekhard!

6. People in the Far North get longer vacations and can retire early 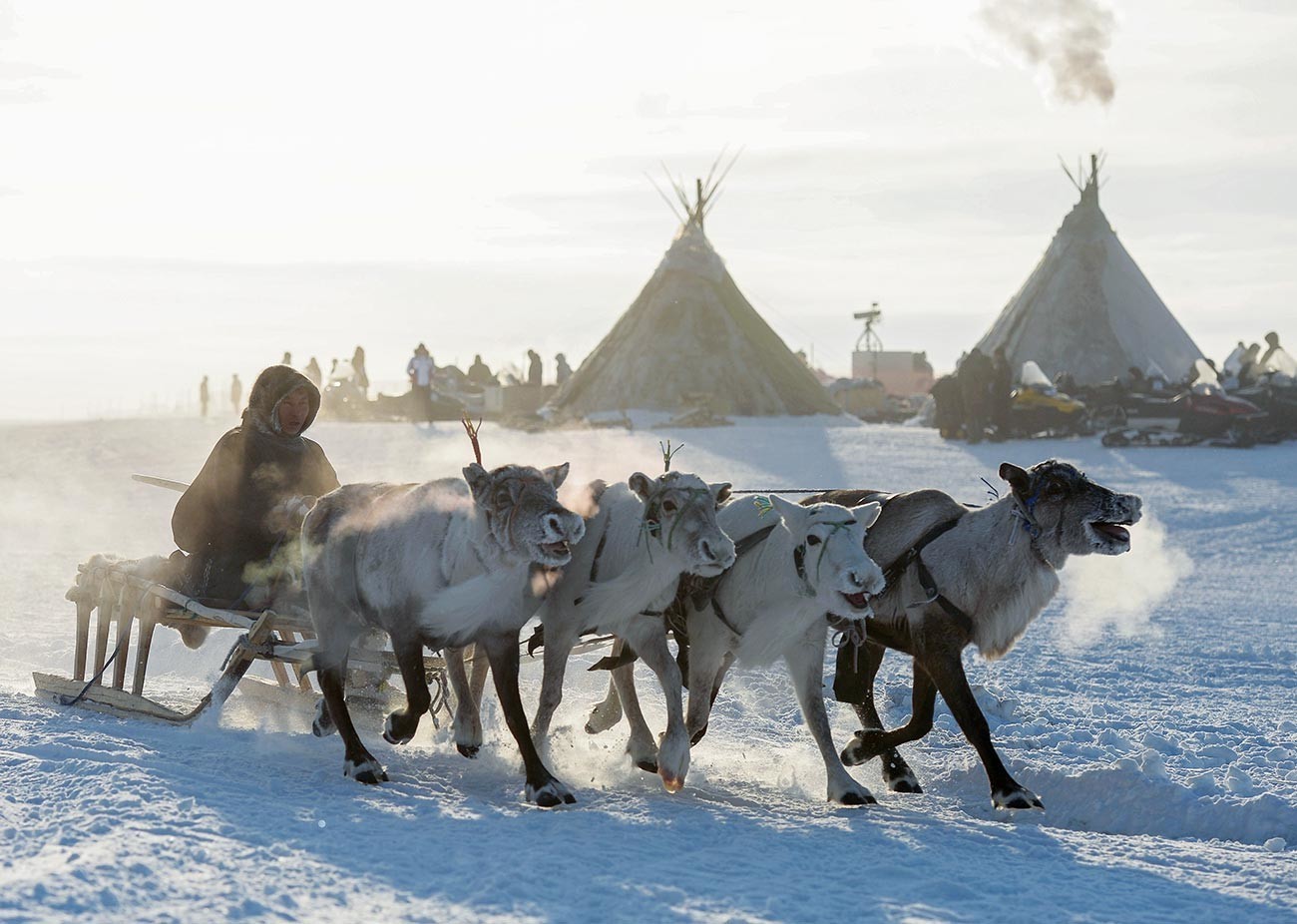 The Day of the Reindeer Herder.

In Soviet times, benefits for people working in the Far North were established beginning in 1932 and then revised several times after. These days, people who work in the Far North receive 24 extra days of annual leave allowance beyond the national standard 28 days a year, while those working in areas equated to the Far North receive 16 additional days. Once every two years, a vacation is paid for by their employer, and the travel time to wherever the person plans to holiday is added to their leave allowance.

If a person has worked in the Far North for more than 15 years, they earn the right to retire five years earlier than the standard retirement age (which is currently 55 years for women and 60 for men). In territories equated to the Far North, you become eligible for this benefit after working there for 20 years.

7. Residents of the Far North are used to harsh conditions 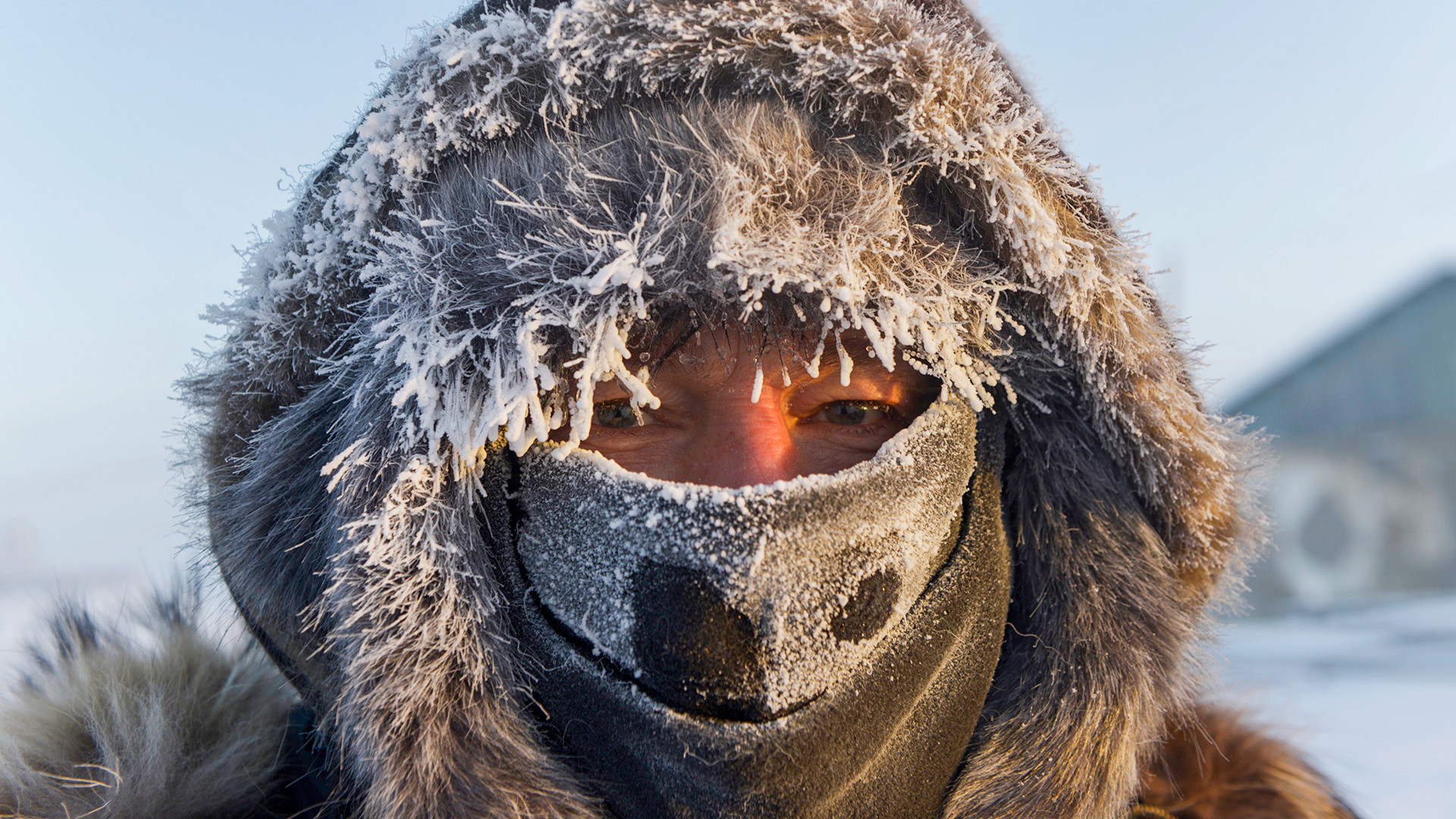 People who have spent their entire lives in more southern latitudes will likely find it very difficult to get used to cold, windy winters and the lack of sun. But for people born in the Far North, such conditions present no trouble at all. Several years ago, scientists from Yakutia established that the bodies of Russia’s northern indigenous peoples adapt more easily to the polar night and harsh climate.