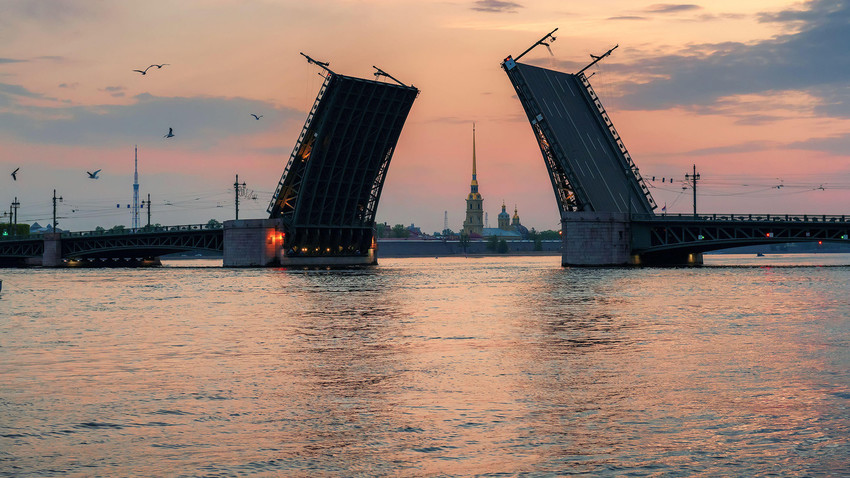 Legion Media
The city’s most romantic season has started!

In northern Russian cities, the summer nights are as bright as the days. This phenomenon is called White Nights and lasts from several days to several months depending on the latitude. In St. Petersburg, this is one of everyone’s favorite parts of the year and a key feature in the city’s brand as a tourist destination. Take a look at these photos of the 2021 White Nights season in St. Petersburg!

In contrast with Polar Days, when the sun doesn’t set behind the horizon for at least 24 hours, during the White Nights, or civil twilight, it does actually get dark but only for a very short time, making the sky extremely colorful. This usually occurs at latitudes below the Arctic Circle.

The phenomenon you can see in St. Petersburg is officially called “navigation twilight” because the city is located a bit south of the border for White Nights (59° 56′).

The White Nights officially begin here on June 11 and last until July 2, but the nights are very light in Petersburg from late-May to mid-July.

During the White Nights, all sorts of cultural and sports activities are held in the city.

One of the most famous is a navy show for school graduates called Scarlet Sails, which takes place at the end of June

Locals and visitors alike can attend a music festival or take part in a special night marathon that has been held here since Soviet times.

What could be more impressive than watching the bridges go up and down during the White Nights?

Or walking through Russia’s most romantic city late at night?

And finally gazing at a stunning sunset.