Most INCREDIBLE canyons in Russia (PHOTOS) 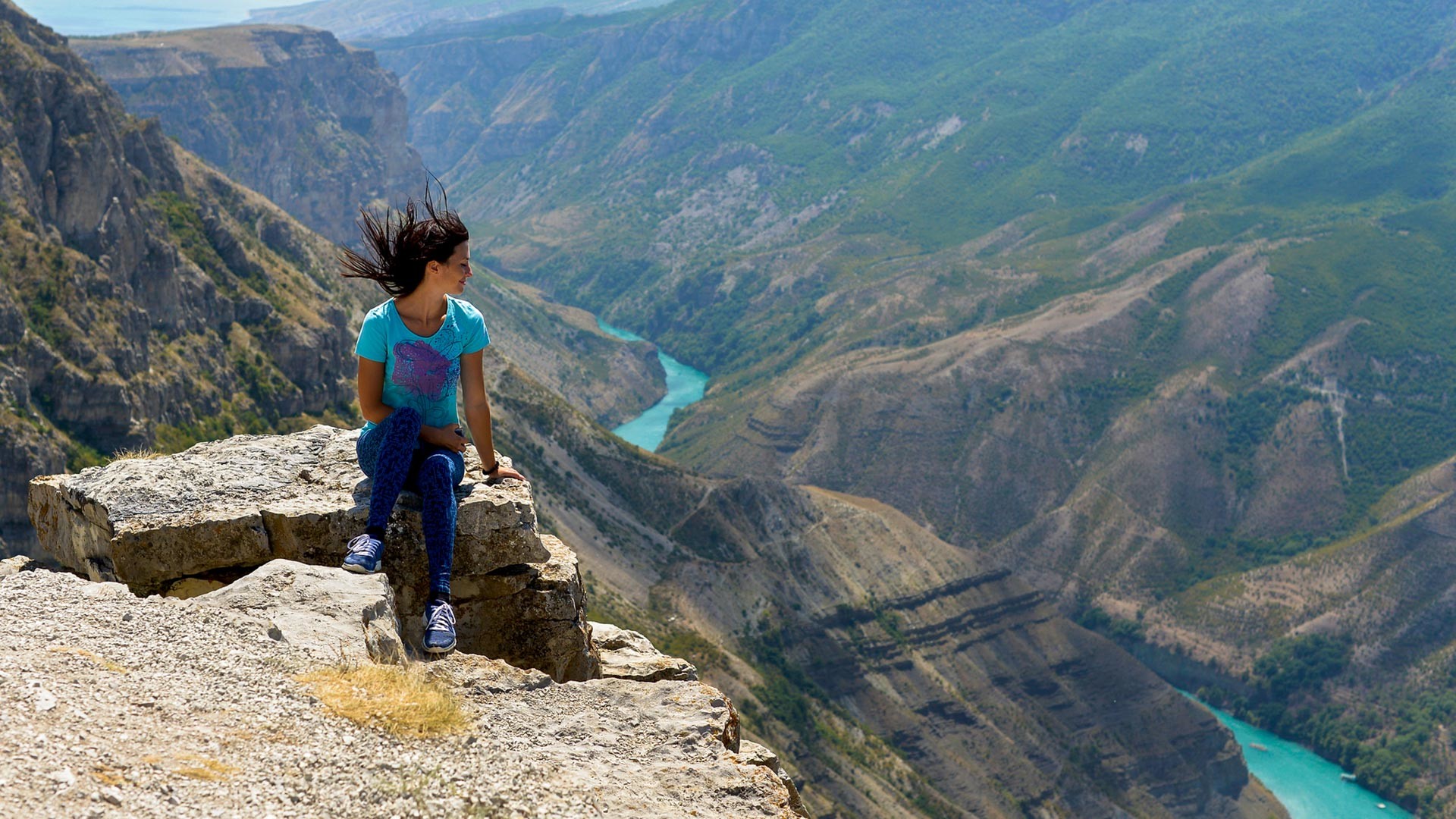 Legion Media
Where to go if you want to see Martian-like landscapes or take ‘rejuvenation’ baths? To one of Russia’s amazing canyons, that’s where! Natural and man-made, these wonders are worth seeing at least once with your own eyes. 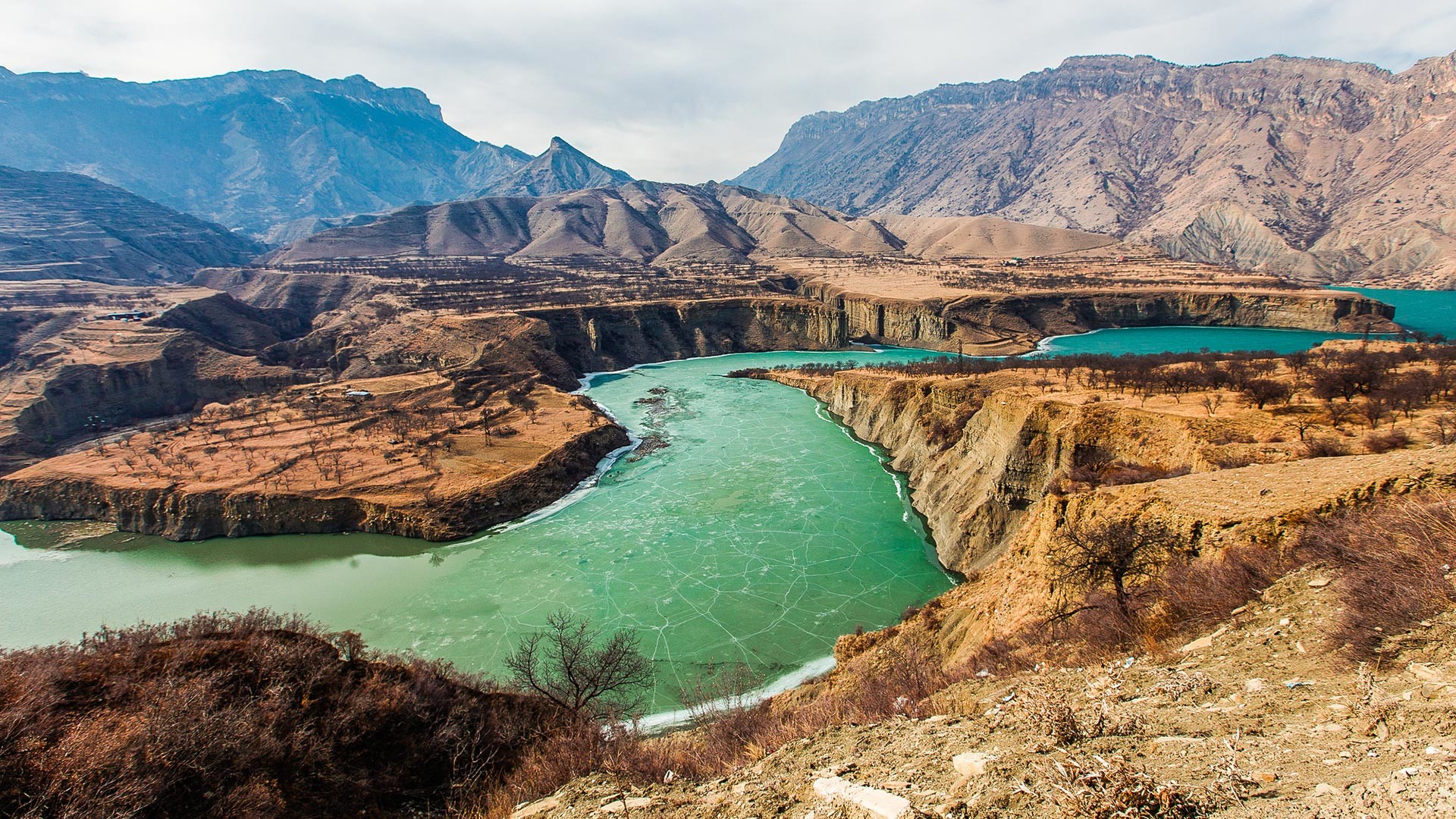 One of the largest canyons in the world is located in Dagestan, in the Sulak River valley. It stretches for 53 km and its depth reaches over 1,900 meters. From this height, the river looks like a small stream, despite being one of the most turbulent rivers in the region. The Sulaksky canyon is one of the most popular tourist attractions in the mountainous republic. It’s beautiful all year round, but especially in the summer and fall. Not far from the observation deck is the Cherkesskaya hydroelectric power station - the biggest in the North Caucasus. It can be visited with a guided tour. You can also take a boat out on its reservoir. 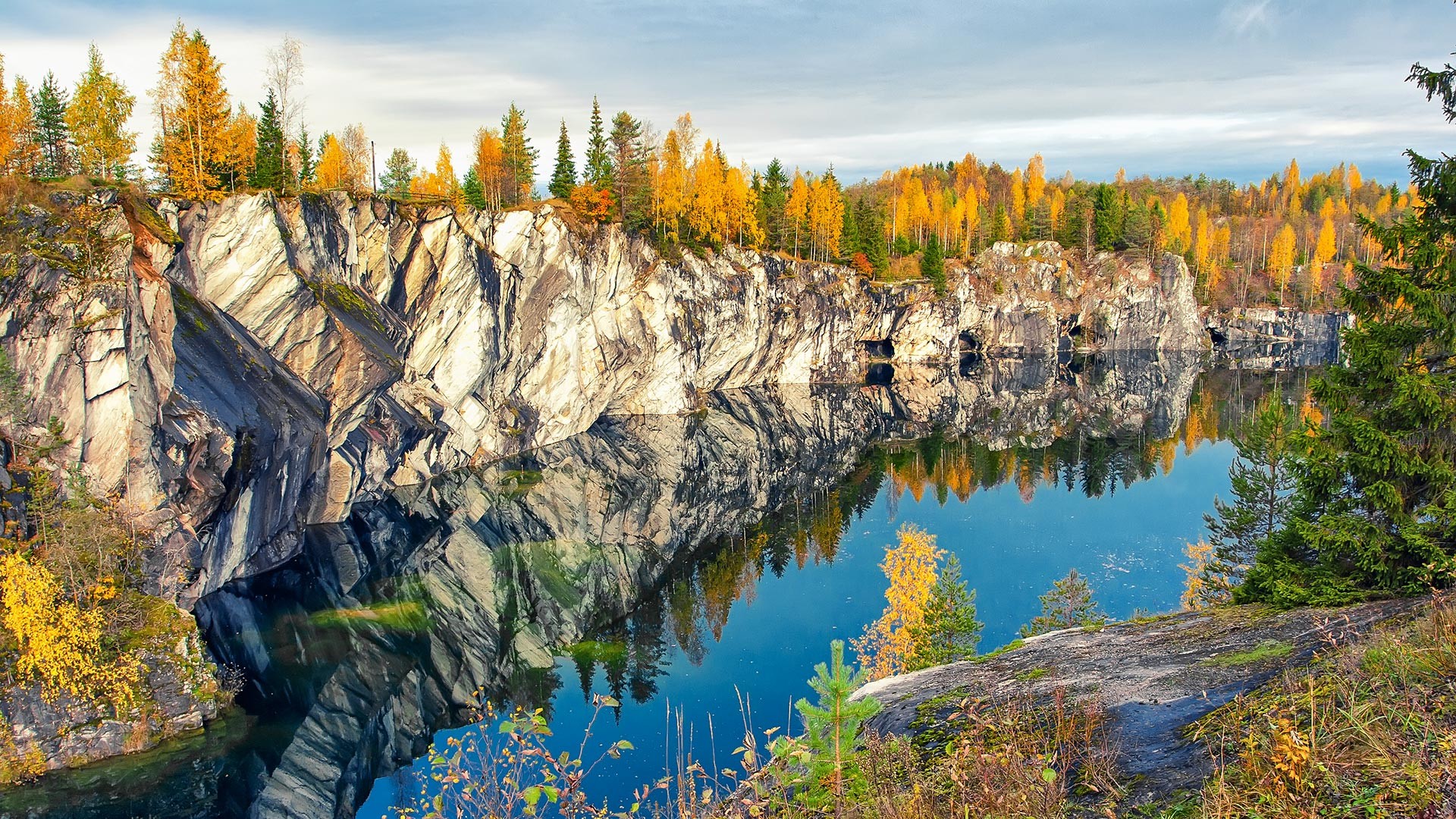 The human-made Ruskeala canyon is situated near Sortavala. It is the result of decades-long marble mining. The magnificent Karelian marble was used to decorate St. Isaac’s Cathedral and St. Michael’s Castle in St. Petersburg. Mining was carried out in Ruskeala until the beginning of the 20th century, and then the mines were flooded. Today, the location is home to the Ruskeala mountain park: visitors can take a boat through the turquoise waters of the marble canyon, take a zipline from one end to the other, or dive to the bottom with scuba gear. 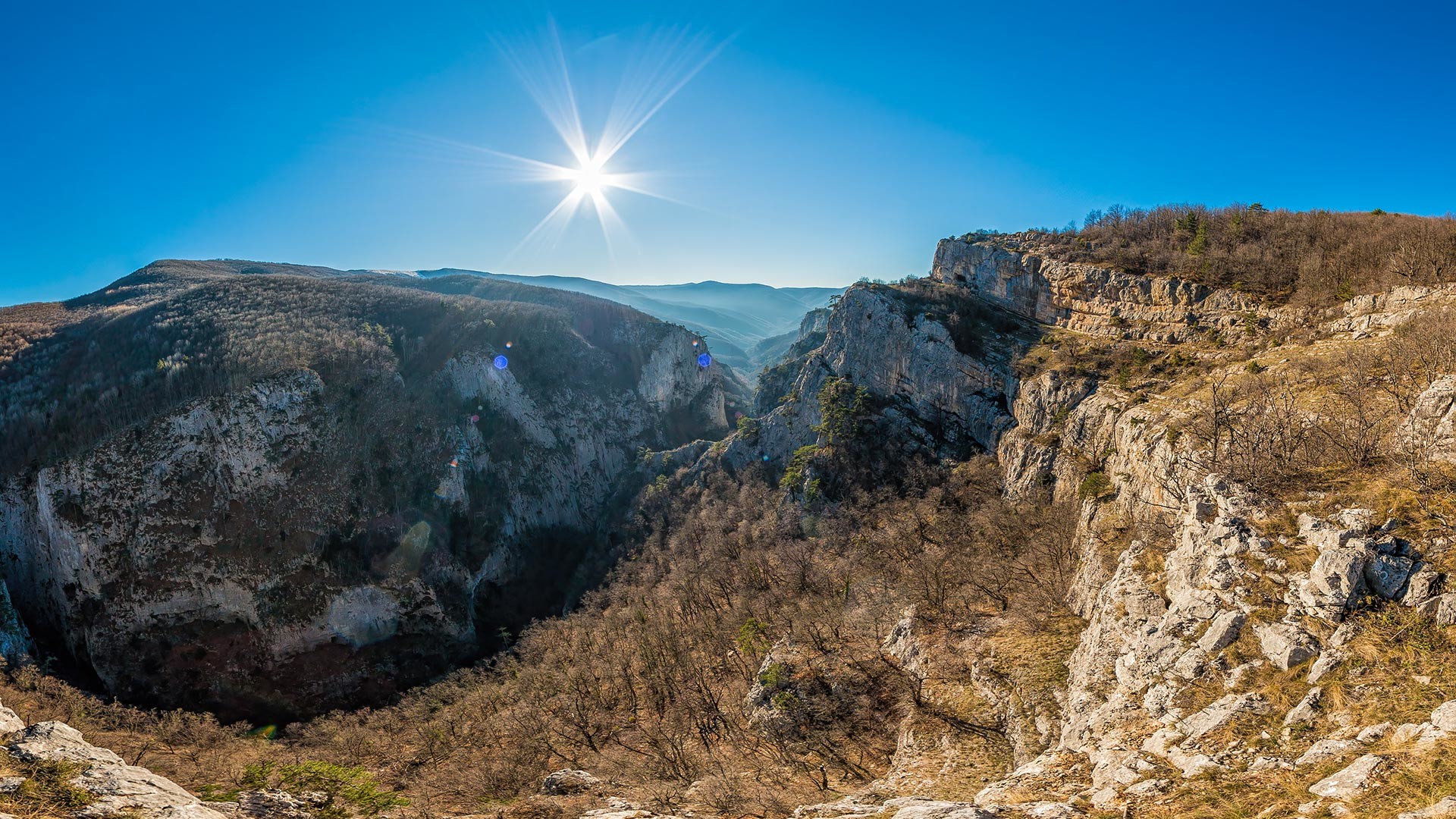 In the center of the canyon’s fault in the Bakhchisaray district of Crimea, there are the ‘baths of youth’ - a small lake, saturated with silver. Legends say that swimming there rejuvenates a person. Whatever the case, there are a lot of other things to see in the Bolshoy Canyon: the Tisovy (Yew) Waterfall, making its way down between massive boulders; the Goluboye (Blue) Lake, where the water temperature is 10 degrees Celsius all year round and Yablochny Brod (Apple Ford), the location of a powerful mountain spring. Lovers of cross-country walks would love it there! 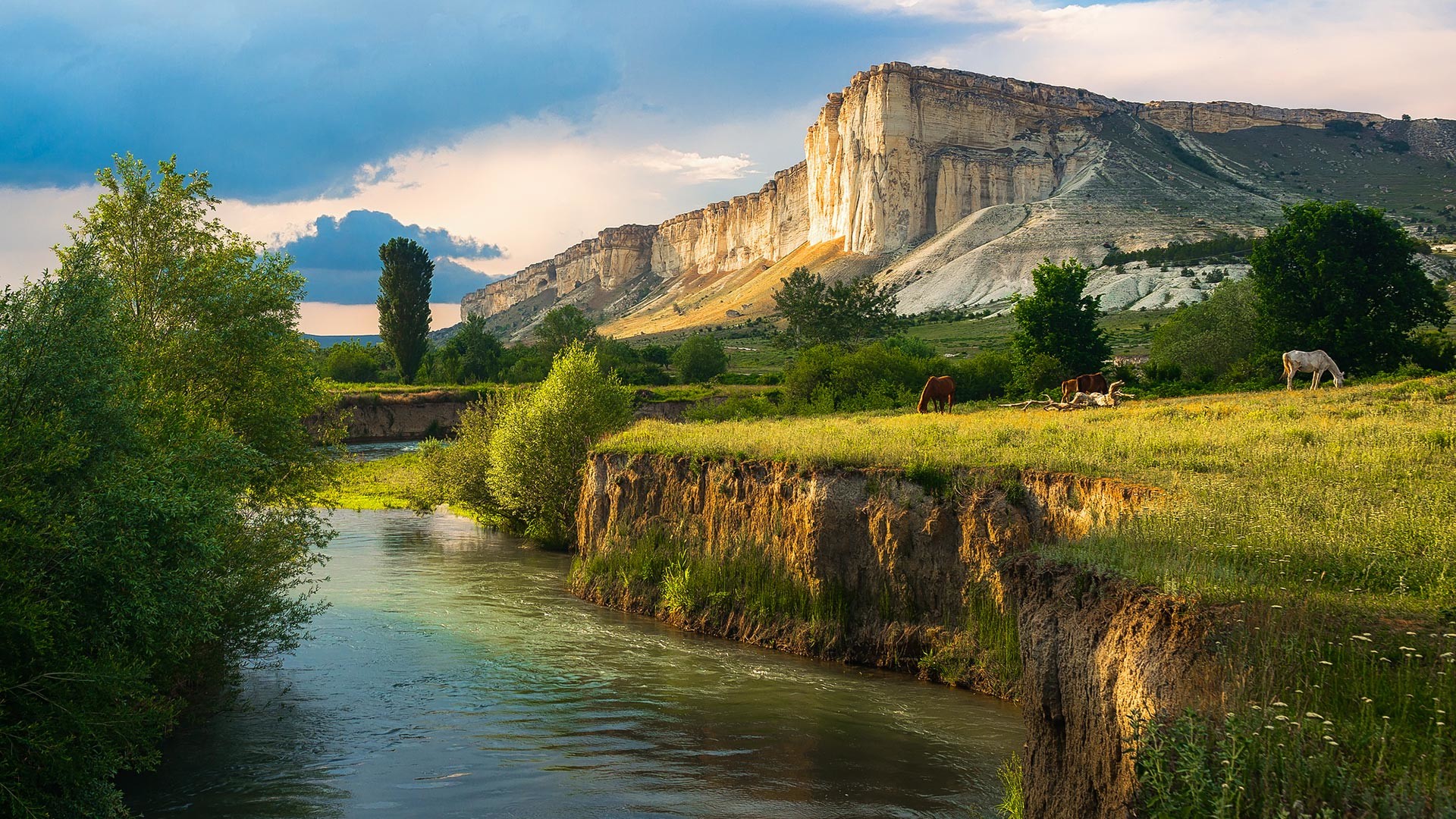 A smaller canyon in Crimea, the Kok-Asan (“the blue glade”), is another interesting gorge to explore. It is located in the Belogorsk district, not far from the Morskoye resort. The canyon gets its name from the presence of blue clay in the local soil, which, under certain lighting conditions, creates a reflection in the water and colors the surface air with blue haze. Another spot you’ll like to visit is the unbelievable ‘Russkie Gorki’ (Russian Hills) falls, where the water zig-zags down 20 meters! As with the Bolshoy, the Kok-Asan also boasts 'rejuvenating' baths… with ice-cold water. 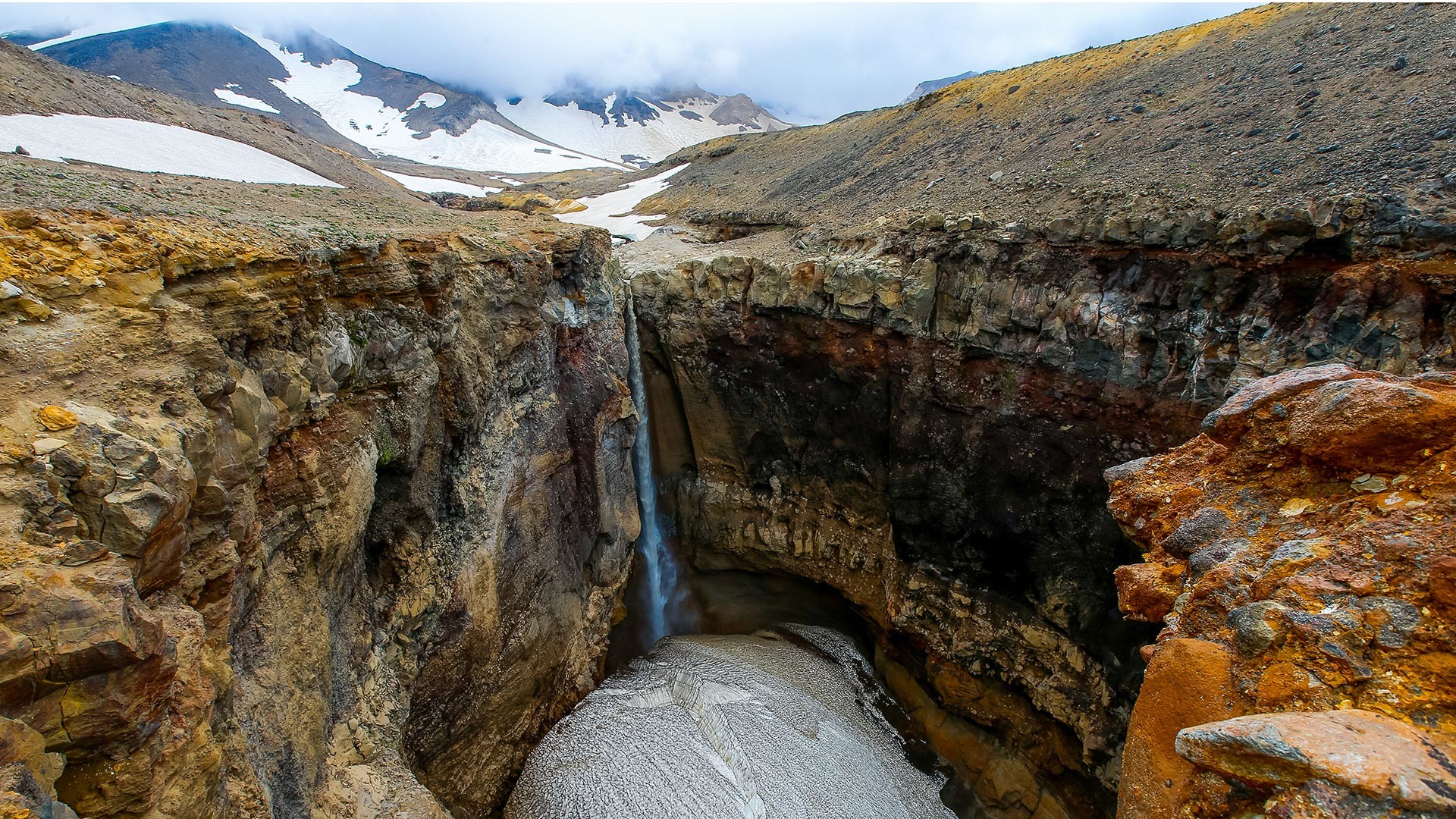 Kamchatka is an incredibly picturesque region, famous for its volcanoes and geysers. The canyon with a waterfall and a telling name that literally means “dangerous” in Russian is located in the vicinity of the Mutnovsky volcanic crater, some 60 kilometers from the regional capital, Petropavlovsk-Kamchatsky. Wandering here is indeed dangerous: the edges of the hanging walls could collapse any minute and it’s best to enjoy the scene from a distance. The water here is not suitable for life, as it’s full of sulfuric acid and other toxic elements. But the view is fantastic! 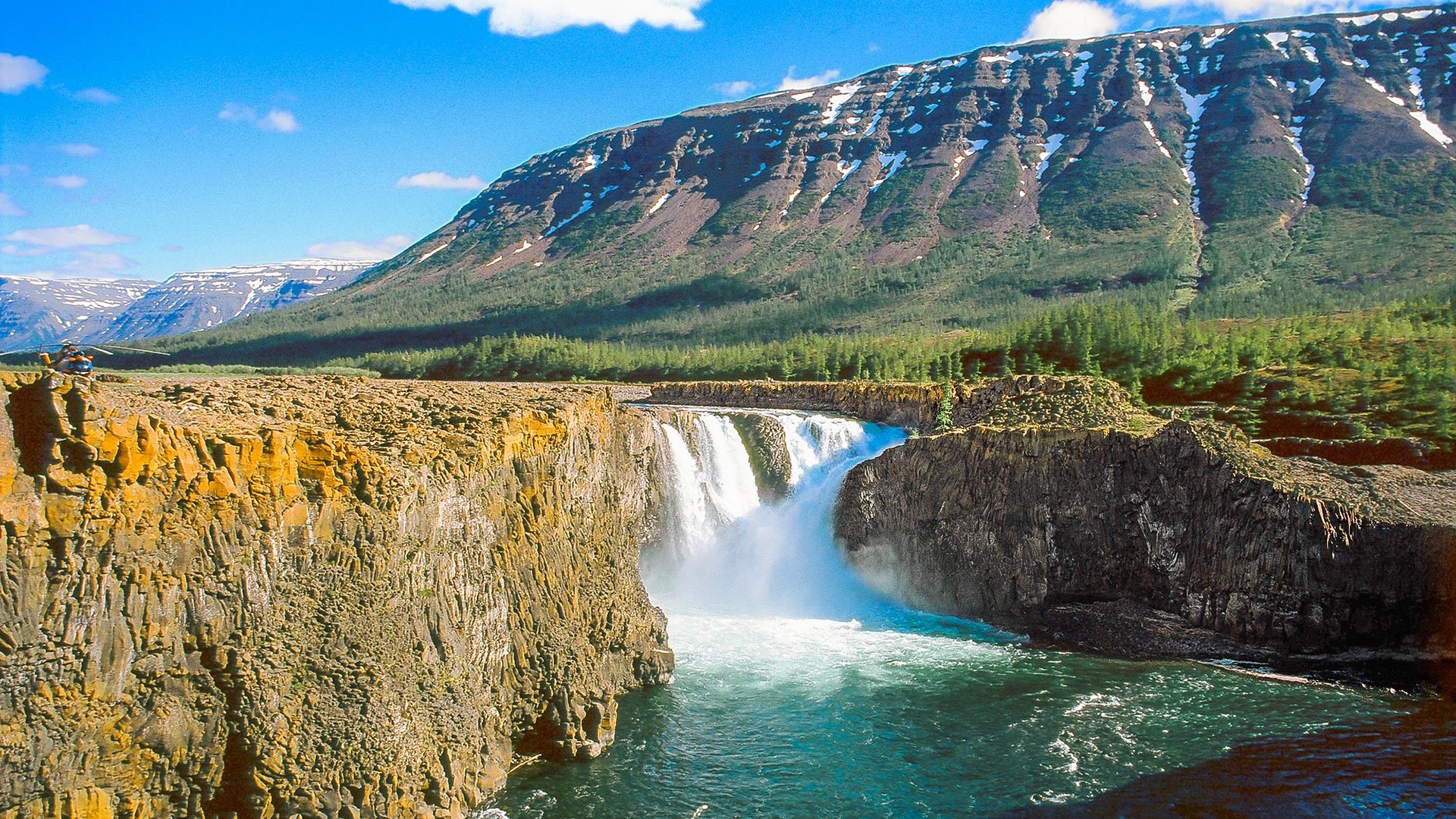 The Putorana Plateau is one of the most inaccessible places in all of Russia and one of the most breathtaking. This Siberian natural reserve (close to the infamous city of Norilsk) is literally teeming with powerful waterfalls and majestic canyons. And not a soul around. Only the occasional curious bighorn sheep or fox. By the way, if you ever wondered where Russia’s geographical center is - it’s here and runs along Lake Vivi. 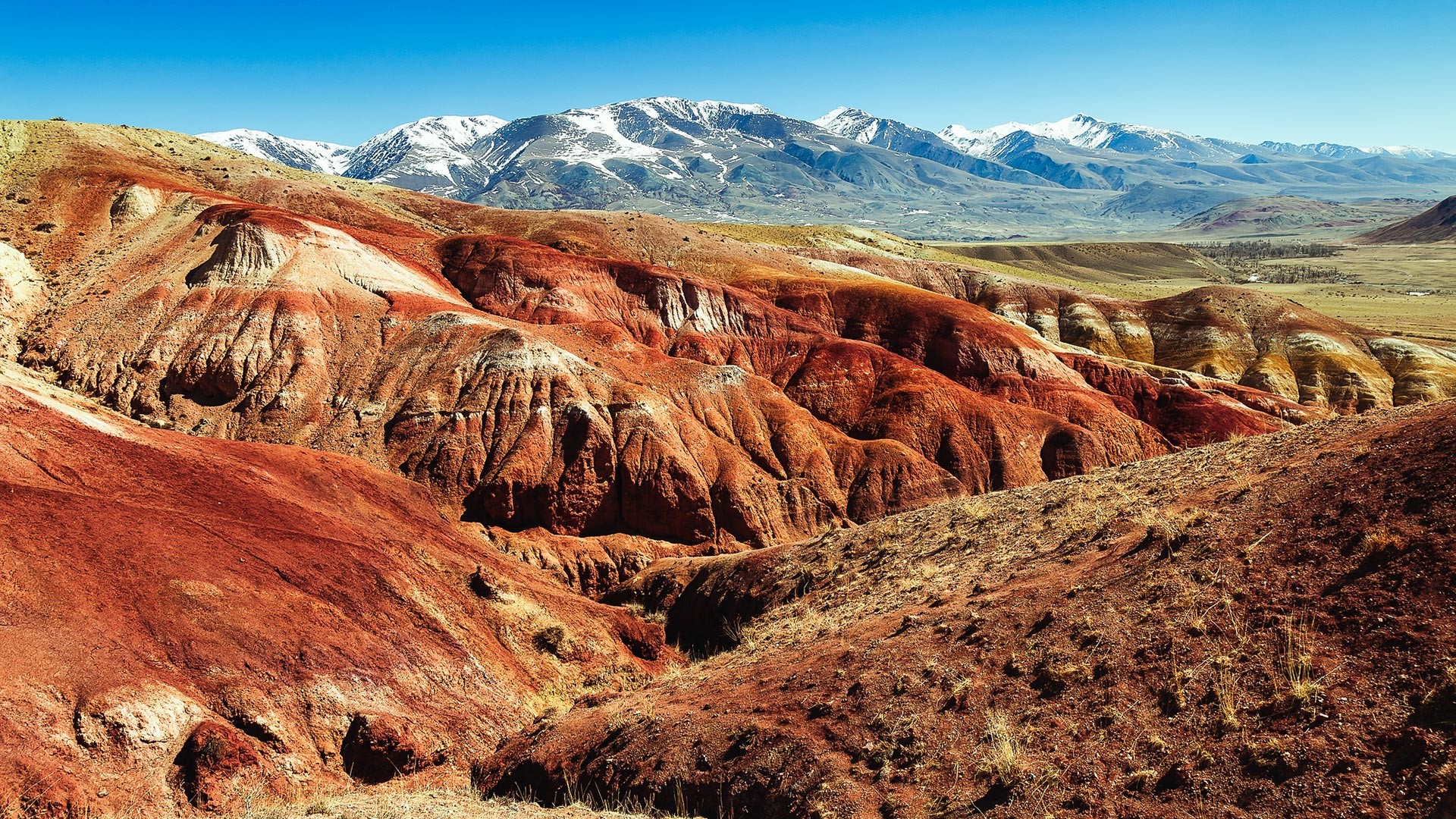 You’ll encounter genuine Martian-like landscapes in the valley of the Kyzyl-Chin River (“red gorge”) in Altay, not far from the Chuya Highway. The rocks in this place contain a wealth of metals and minerals: iron, manganese, chrome, quartz, chalcedony and many more, which give the canyon a surreal glow and color. You’re visiting another planet without having to leave Earth!