The most EXOTIC and expensive cruise vacations in Russia 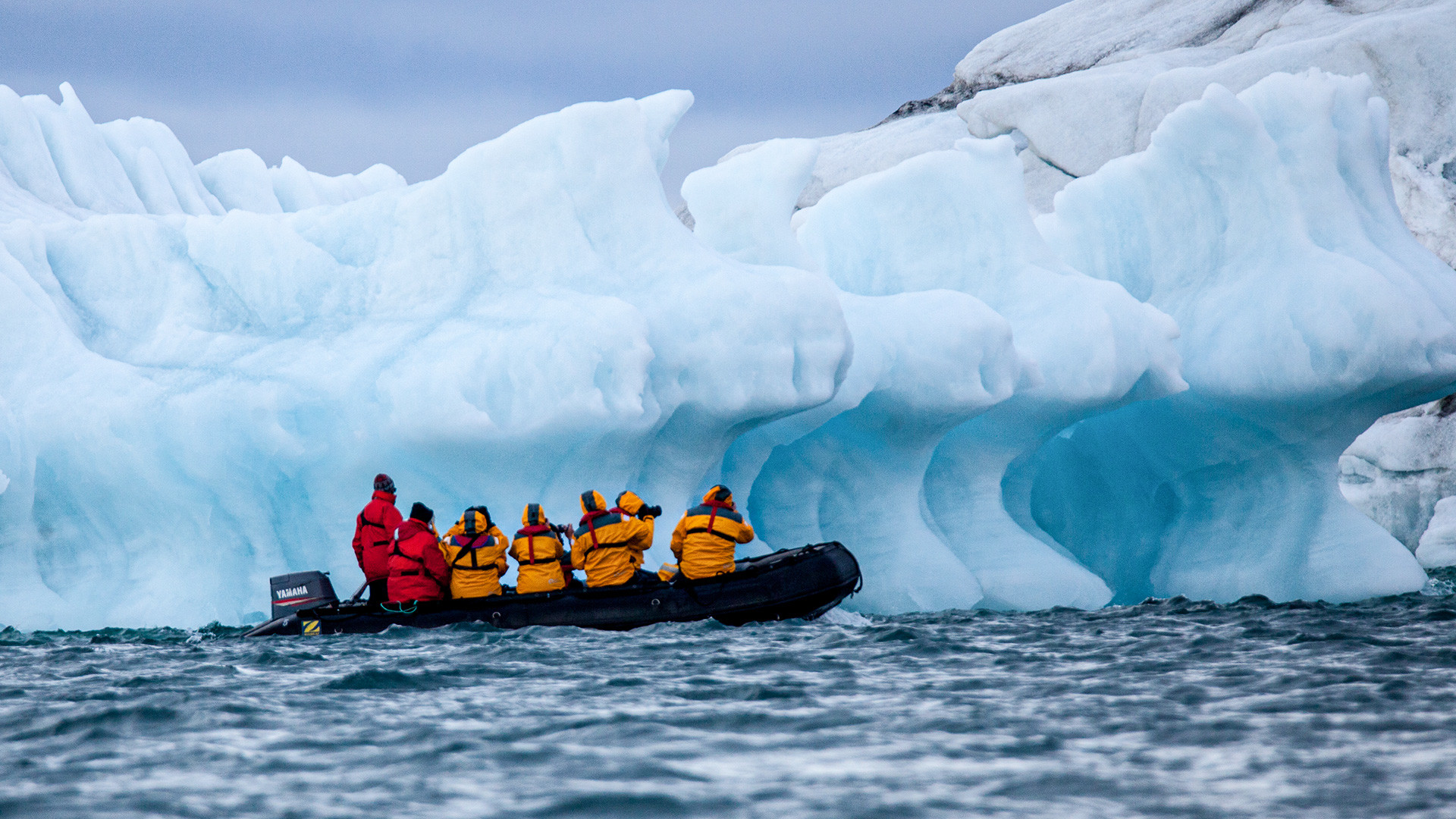 'Zodiak' with tourists in front of an iceberg in the Arctic Ocean. Russian Arctic.

Josef Friedhuber/Getty Images
Seeing the volcanoes of Kamchatka, undergoing a polar explorer initiation and visiting the far end of Eurasia - these and many other experiences await you aboard these unbelievable Russian cruise journeys.

Water cruises are one of the most comfortable ways to reach the most secluded islands of Russia’s Far East and glimpse the natural wonders of the Taymyr Peninsula. And the sights along the way are simply breathtaking!

Up the Yenisey to the permafrost of the Arctic 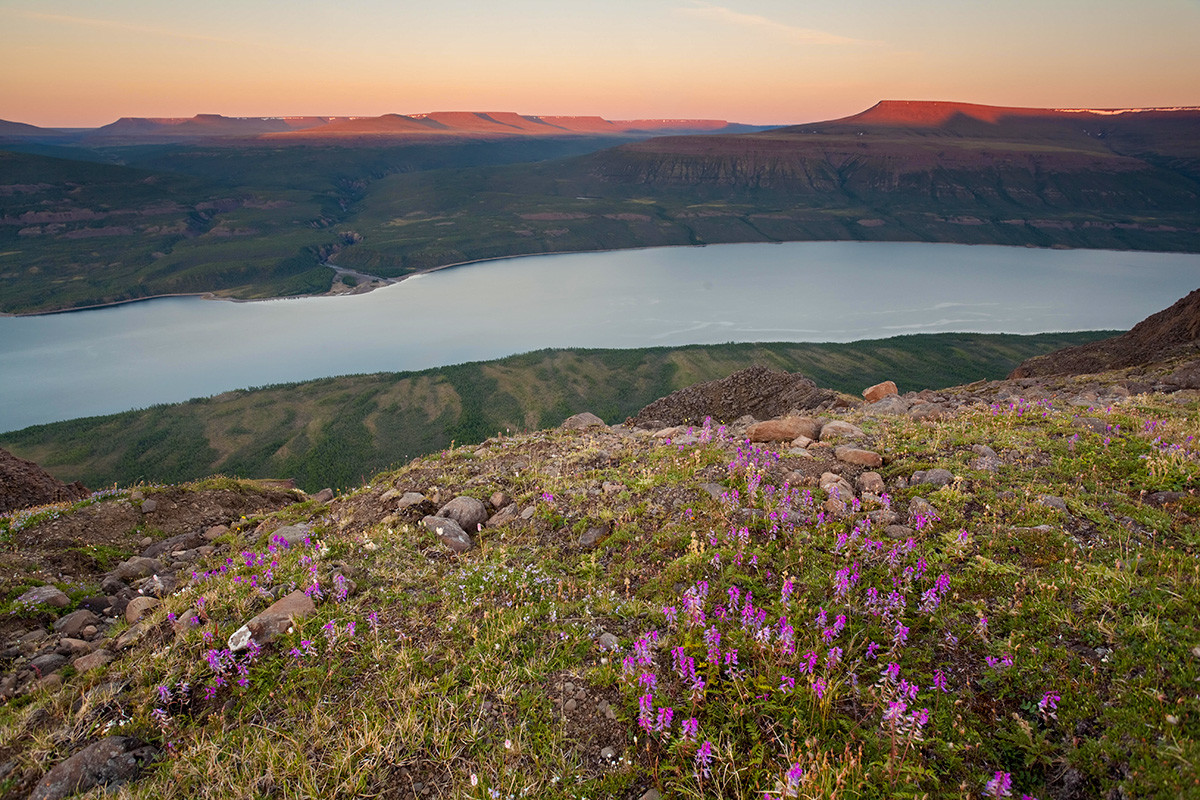 The journey from Krasnoyarsk to Dundika is one of the most exciting cruises you can take in Russia and is very popular among Russians and tourists alike. In the course of the expedition, passengers cross into the polar circle, get initiated into the ranks of polar explorers, visit the northernmost (and the most forgotten) railroad, built by GULAG prisoners, and ascend the Putorana Plateau - an incredibly picturesque massive, far away from human civilization.

It takes 11-12 days to traverse about  2,000 km up the Yenisey River aboard comfortable cruise ships, complete with restaurants, gyms and SPA zones, which eliminate any chance of boredom along the way. But tourists should also keep in mind that this is the most expensive route in all of Russia. Trips start at 500,000 rubles (approx. $7,000). Included in the package are three daily meals, all of the associated excursions, as well as a helicopter tour to the Putorana Plateau and a fishing trip.

Across the White Sea to Solovki 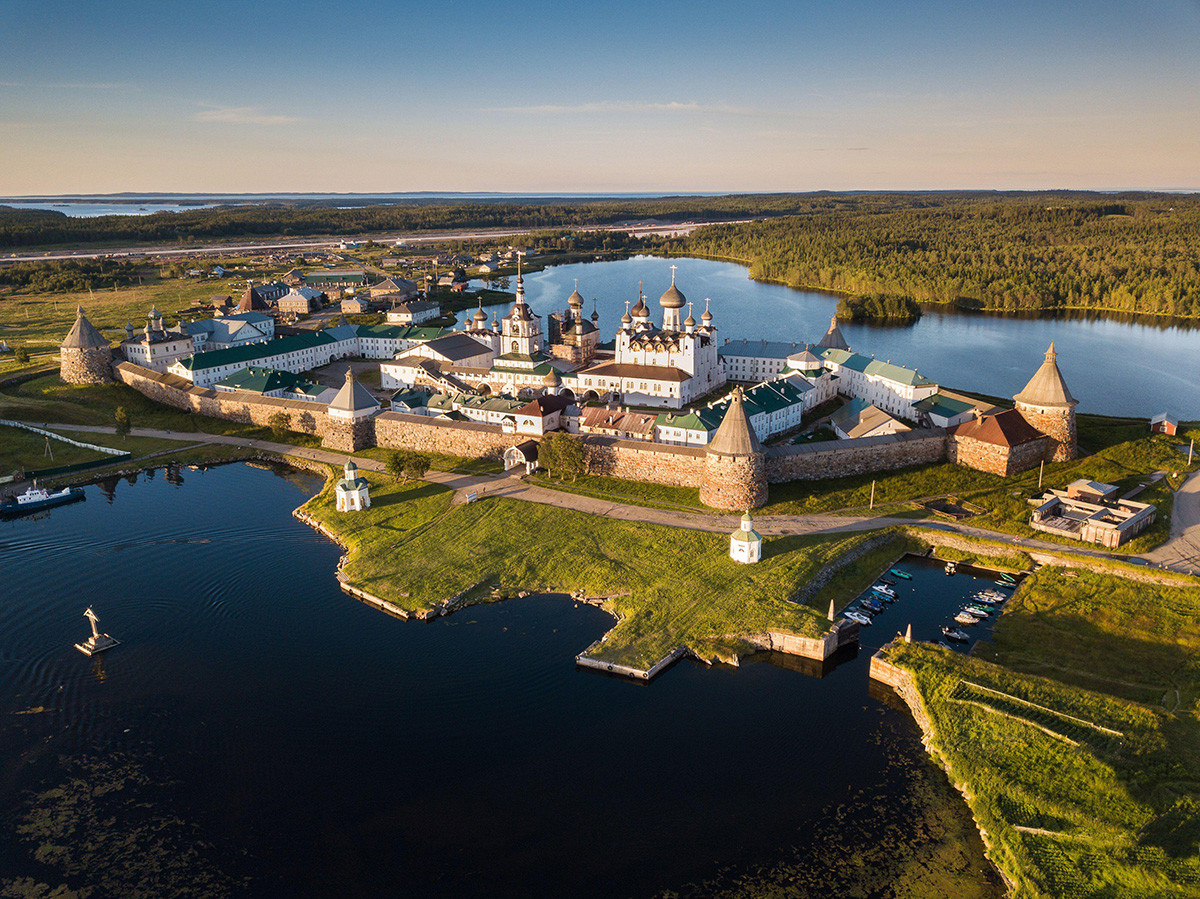 Travelers can only access the Solovetsky Archipelago by water (the local airport does not work on a regular basis). The closest port is located in Rabocheostrovsk (Republic of Karelia), but getting to the legendary archipelago by cruise ship is far more exciting. These tours include spending several days on the islands of the archipelago (a curious monastery, former prison barracks, rock mazes), which are difficult to reach on your own, as well as a trip to the ports of Arkhangelsk and the cities of Karelia.

Aboard an icebreaker to the North Pole 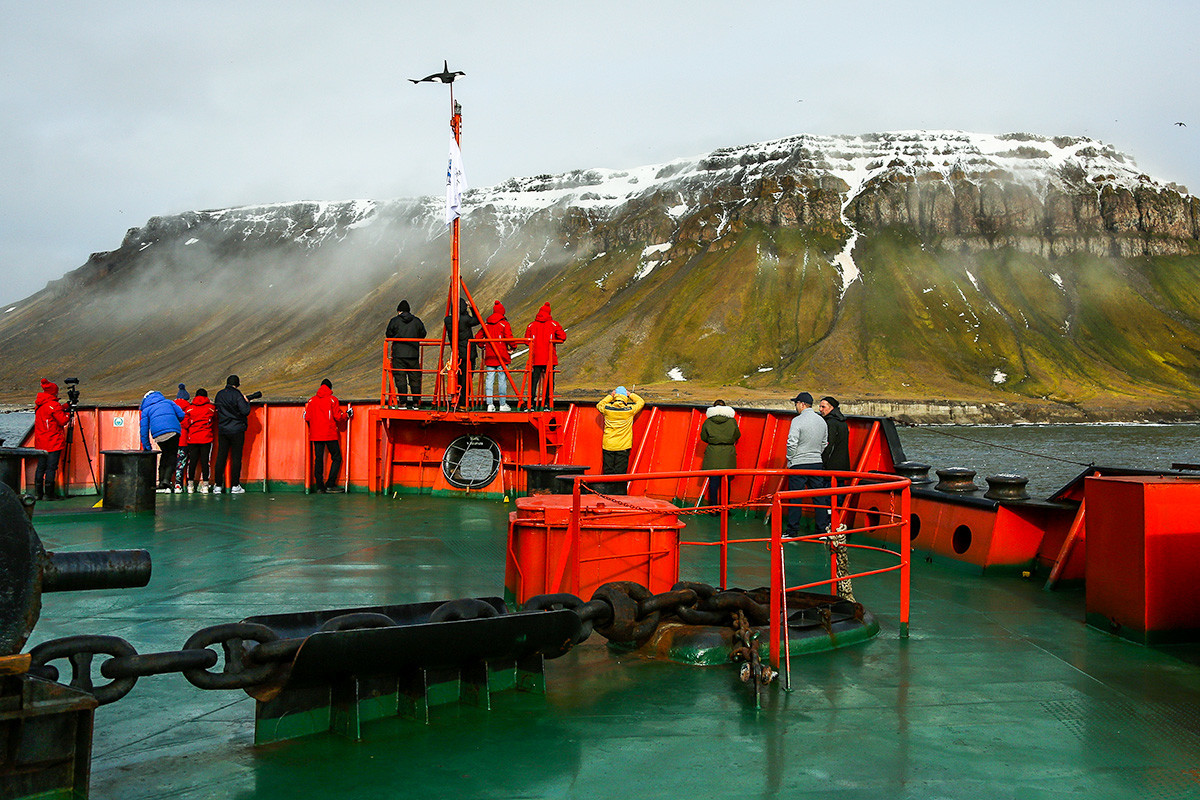 Those willing to dish out an eye-watering $30,000 can start booking the trip a year and a half before departure, with the last of the places booked a couple of months before the start of the journey, which starts in Murmansk - the largest city in the world beyond the Polar Circle.

Passengers spend two weeks aboard a genuine nuclear icebreaker, periodically docking in ports in the Arctic. Weather permitting, you can take a dip in the ocean and even organize a picnic on an ice floe! The route includes Franz Josef Land, where you can take pictures of polar bears up close and without leaving your cabin. The final spot is the North Pole, before the icebreaker returns home.

From Kamchatka to Chukotka 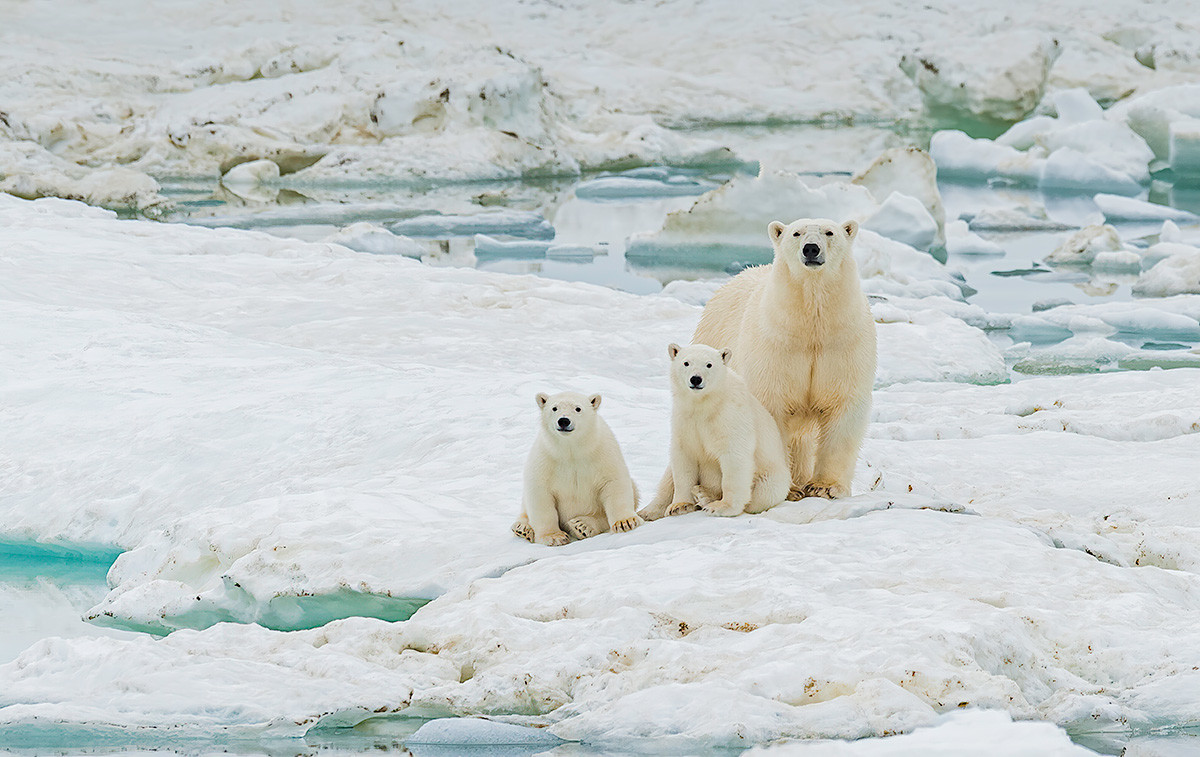 There’s a great number of near-unreachable locations in Russia’s Far East, seducing tourists with their untouched beauty. Far East cruises start in Petropavlovsk-Kamchatsky and Anadyr and include trips to many secluded islands. Wrangel Island, for one, has been nicknamed “the bear nursery” - every year sees no less than 300 bears producing offspring. The Diomede Islands, meanwhile, are the exact location of the changeover of calendar dates, as well as being the border between Russia and the United States (that’s right, there are a measly four kilometers separating the two feuding world powers!). On the island of Yttygran you’ll find the enigmatic whale alley, an ancient Eskimo sanctuary, while Cape Dezhnev is the easternmost location in continental Eurasia. Some cruises include visiting islands and various settlements with unique species of birds and marine animals. Visitors will remember the trip for the rest of their lives! 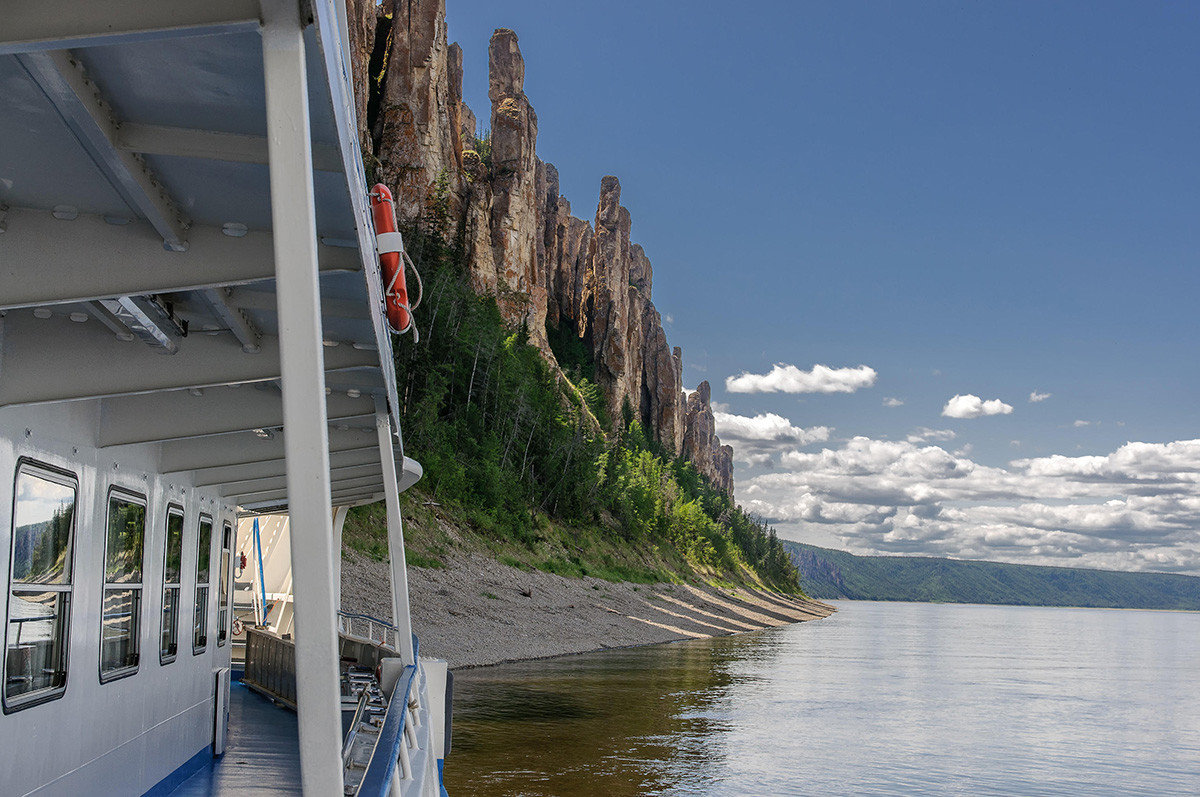 The Lena River in Yakutia (or Sakha Republic) is one of those rare locations where one can catch a glimpse of nature in its primordial form. The journeys set off from Yakutsk, the largest permafrost city in the world, and reach the settlement of Tiksi, beyond the Polar Circle. During the journey, the cruise ship will stop at the Lena Pillars, as well as small Even settlements, where visitors can meet the idigneous tribes of Yakutia, as well as see the lost islands of the Laptev Sea. A two-week cruise on the Lena River costs about 300,000 rubles (approx. $4,100).