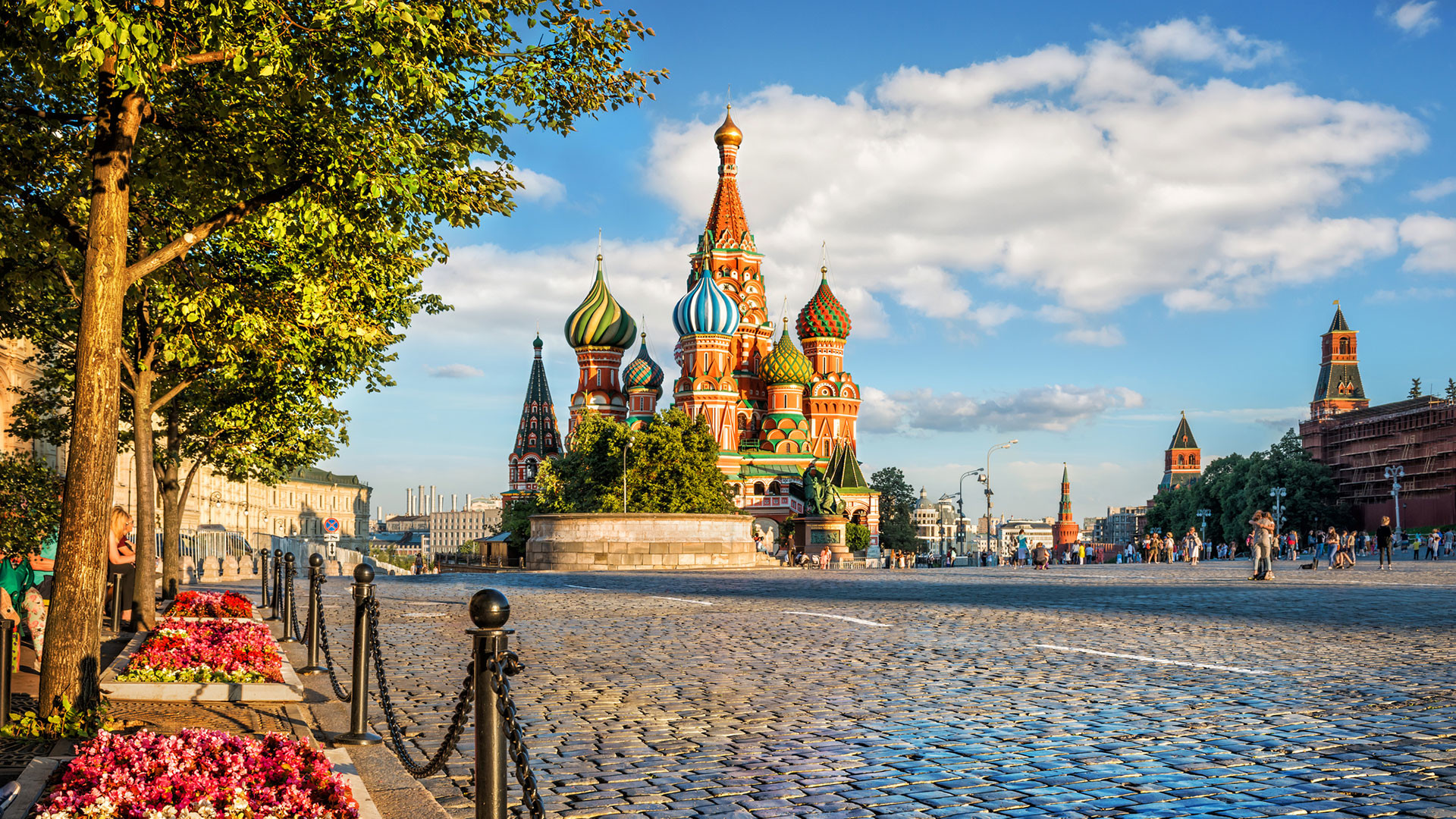 Legion Media
Why are paving stones rarely found on the streets of modern Russia? Why is asphalt preferred?

In tsarist Russia, it was the duty of landowners and rural communities to maintain roads in good condition. Unsurfaced roads in the spring and the fall turned into an impassable quagmire. Starting in the late 17th century, the Moscow authorities began to pave the city’s streets, and soon ordered the paving of the main streets in other cities too. For many years, however, Russia's streets were paved with a variety of materials, mainly wood, since there was no shortage of it. Although this kind of surface was not very durable, a new one could be laid right on top of the old. 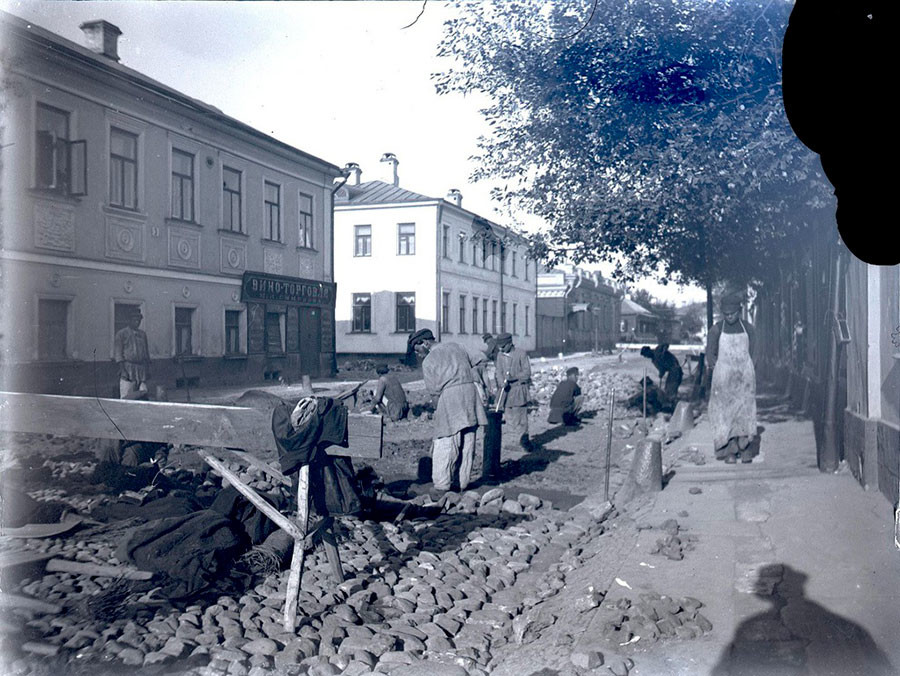 Because roadways were paved with uncut cobblestones, the surface was terribly uneven. Horse-drawn carts juddered violently, making the journey incredibly uncomfortable for passengers. 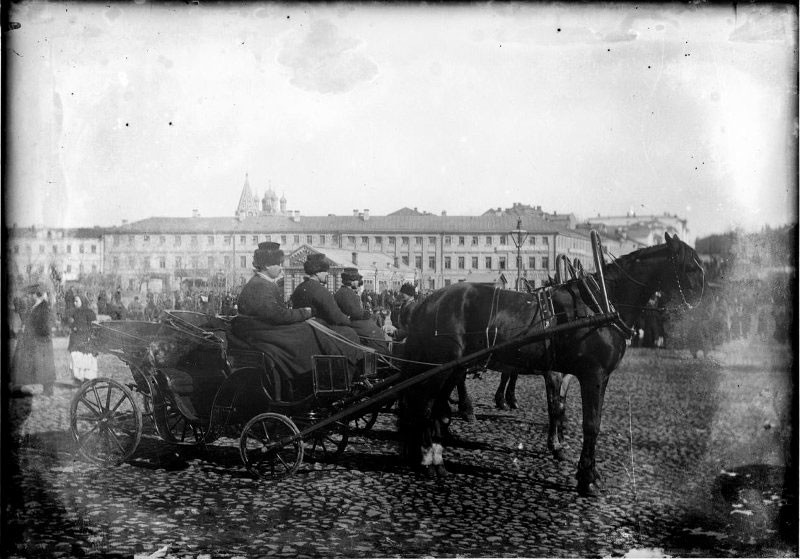 Some streets became smoothly paved, but processing the stone to produce an even surface was a laborious and time-consuming process. 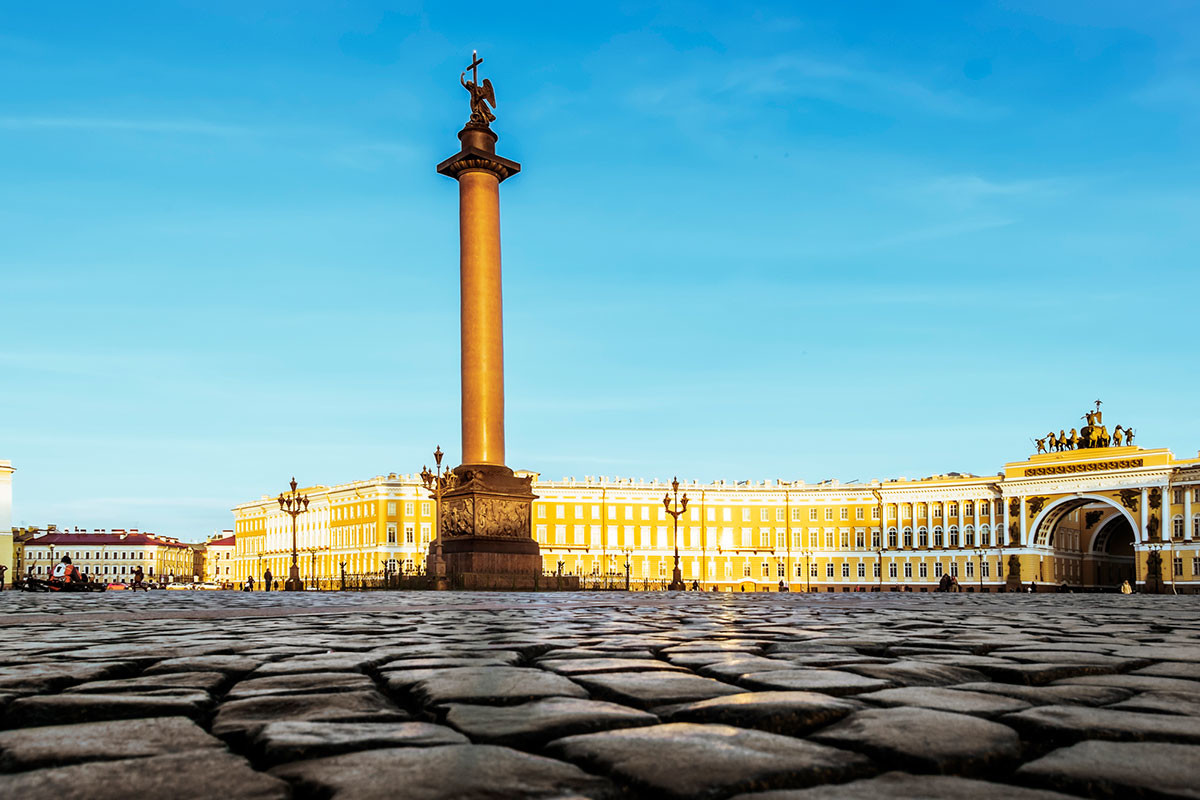 In the mid-19th century, Russia began its first modest experiments with asphalt surfaces. But it wasn't until 1873 that engineer Ivan Buttats set up an asphalt production plant in the Volga city of Syzran. Back then, however, asphalt turned out to be too expensive for mass use.

In the mid-1920s, more than 90% of all roads in the country remained unpaved. The first comprehensive asphalt resurfacing program was implemented by the Bolsheviks in Leningrad in 1924, after a flood that year had washed away most of the roads. 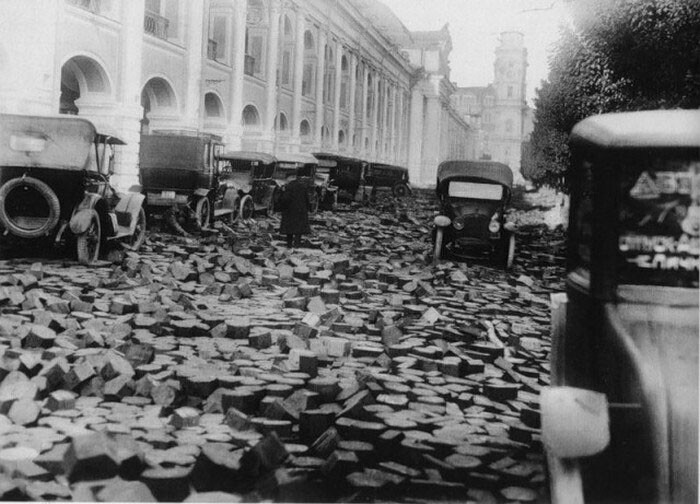 Wood-block paving in St. Petersburg after the flood of 1924

After that, concrete and asphalt became the main paving materials, and many tsarist-era cobblestone streets were covered over.

Today, during renovation work, old cobblestone paving can be glimsped under the layers of asphalt, since it is far more resistant to the Russian climate. The sharp changes in temperature causes asphalt to crack and holes to appear. 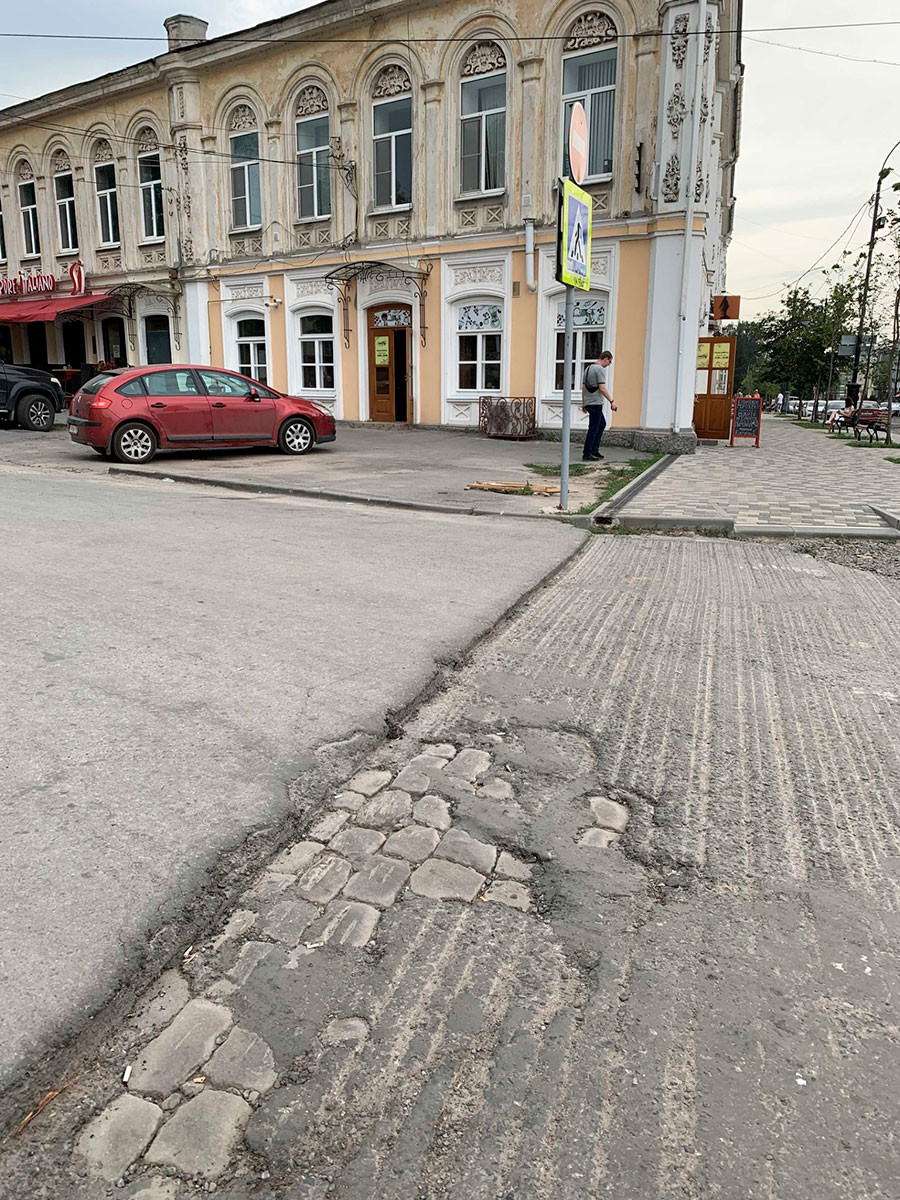 And yet, old paving stones still remain in many cities. We present the most beautiful. 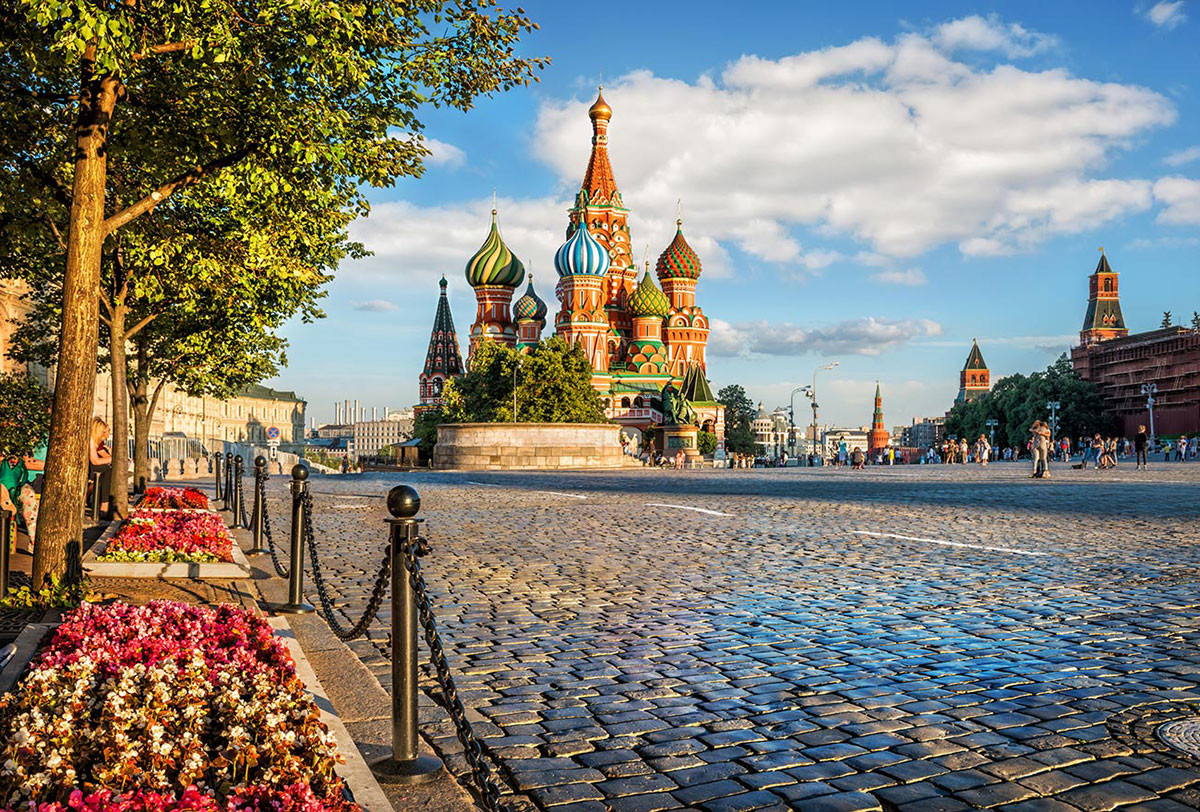 The Russian capital's most famous paved space is Red Square. Until the 1920s it was cobblestoned, but under Stalin that was replaced by paving stones made of diabase, a volcanic stone from the shores of Lake Onega that is more robust than granite. Later, this surface was taken up and relaid on a concrete foundation. 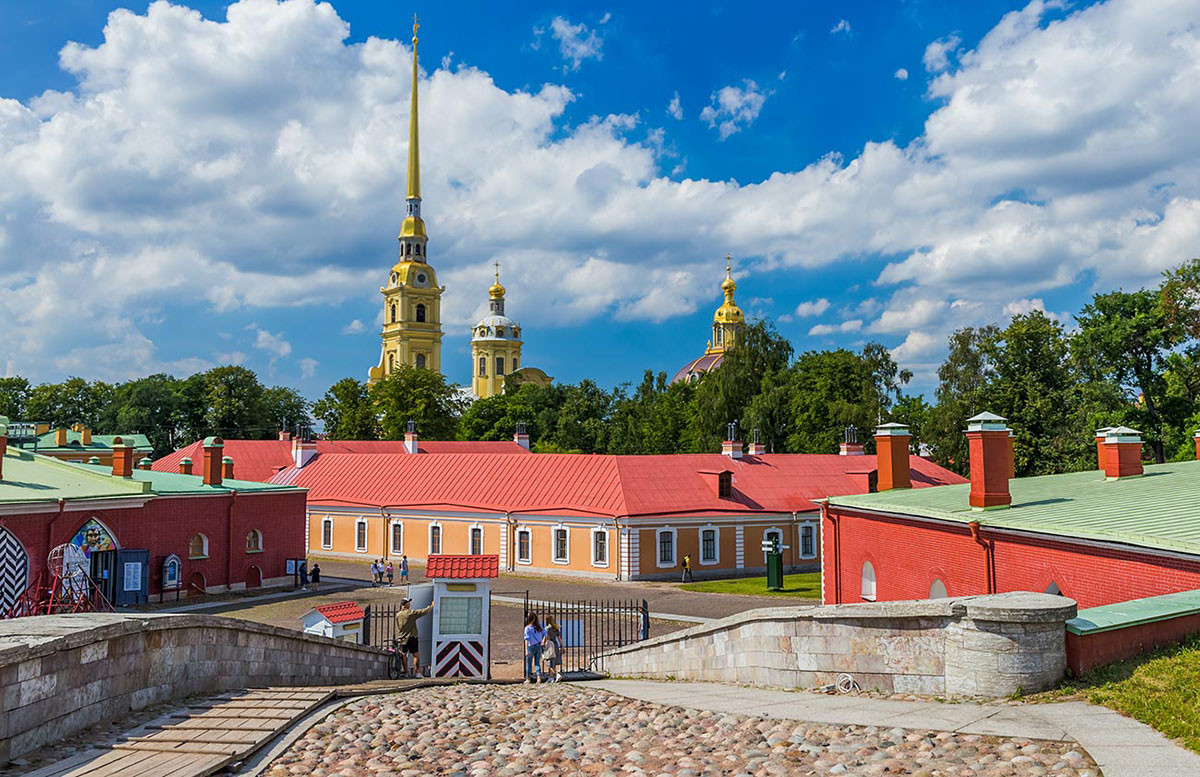 When Peter the Great was building his new capital in the early 18th century, he introduced a "stone tax" and ordered all ships and carts arriving there to bring stones for the express purpose of paving all the main streets of the city. 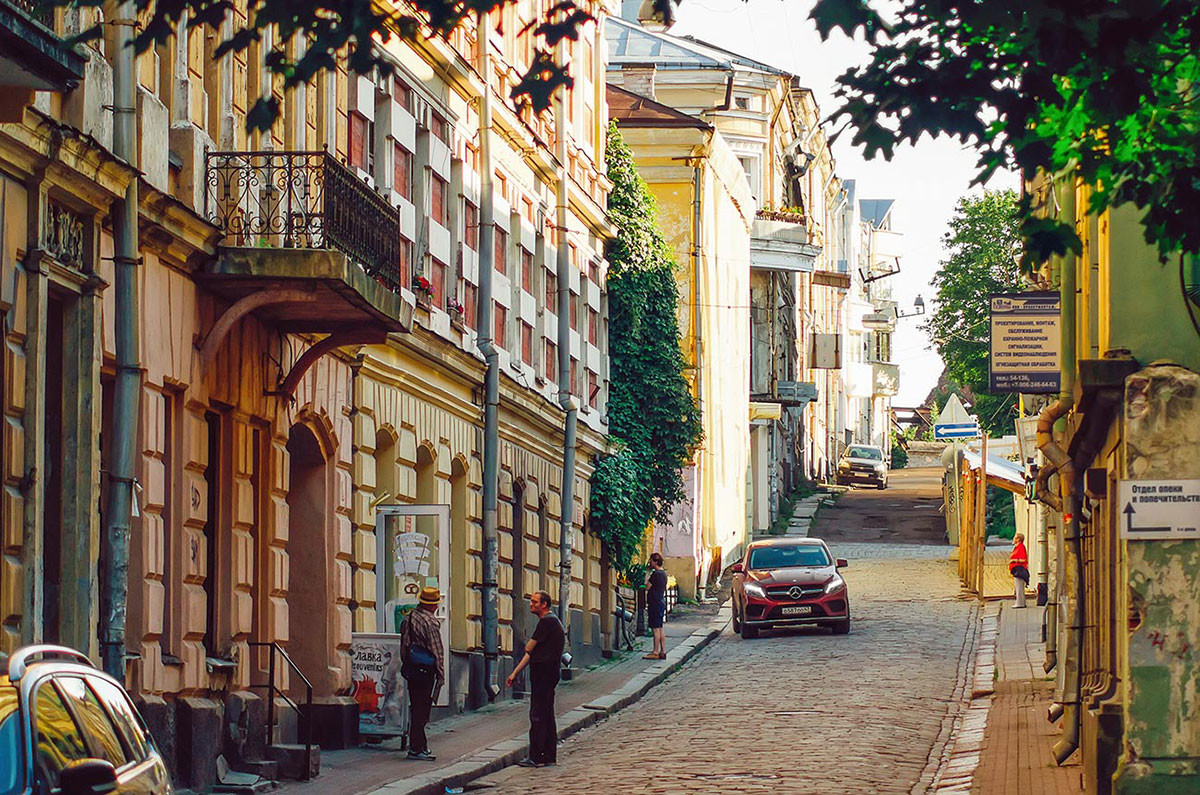 Vyborg, a relic of old Europe, lies close to St. Petersburg. The city was founded by the Swedes, and its cobblestone paving has been preserved almost entirely in the historical medieval part around Vyborg Castle. 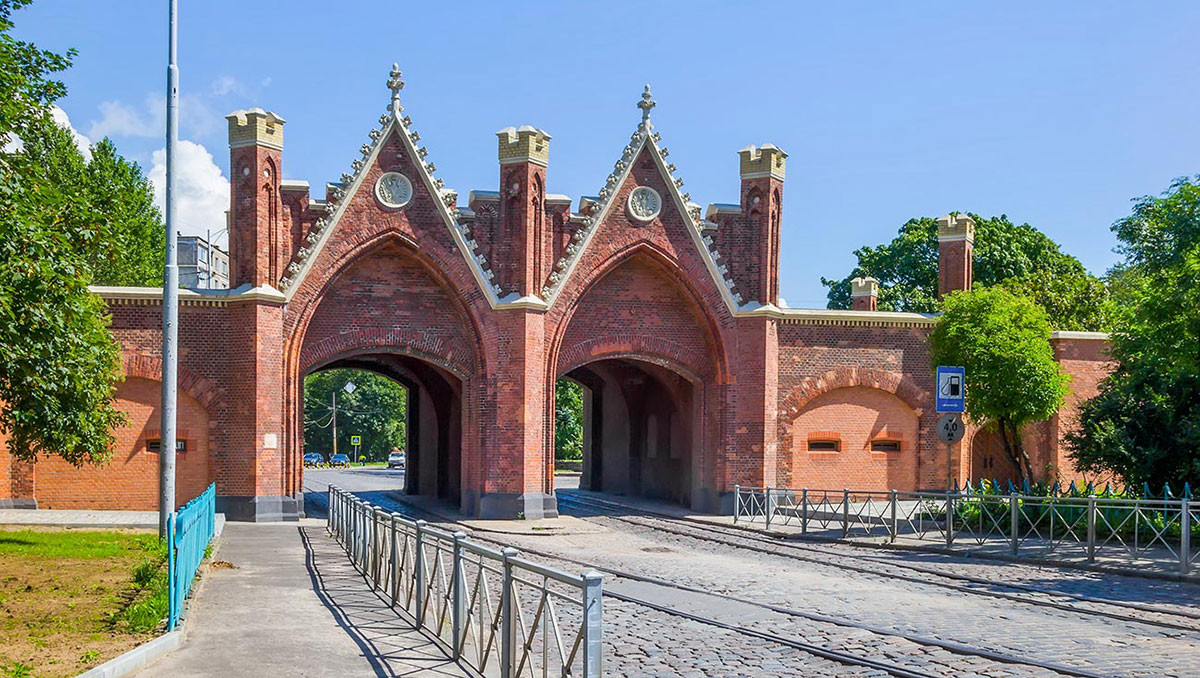 The former German city of Königsberg became part of Russia, or rather the USSR, only after WWII. As in Vyborg, some artifacts of old Europe, including paved streets, have survived. 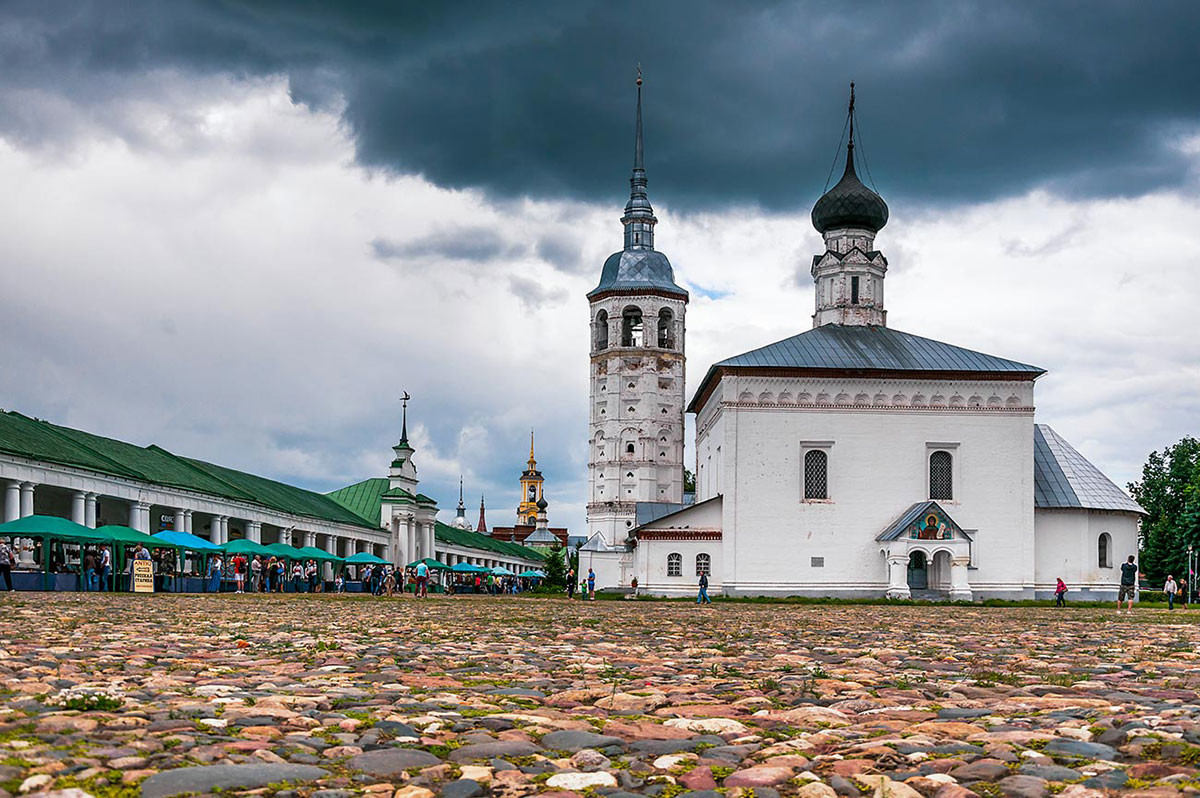 The historical center of the fairy-tale city of Suzdal is well preserved, but, alas, the same cannot be said of the roads. However, cobblestone paving can still be seen on the main square. And paving stones have recently returned to other streets in the city, adding an ancient Russian flavor to them. 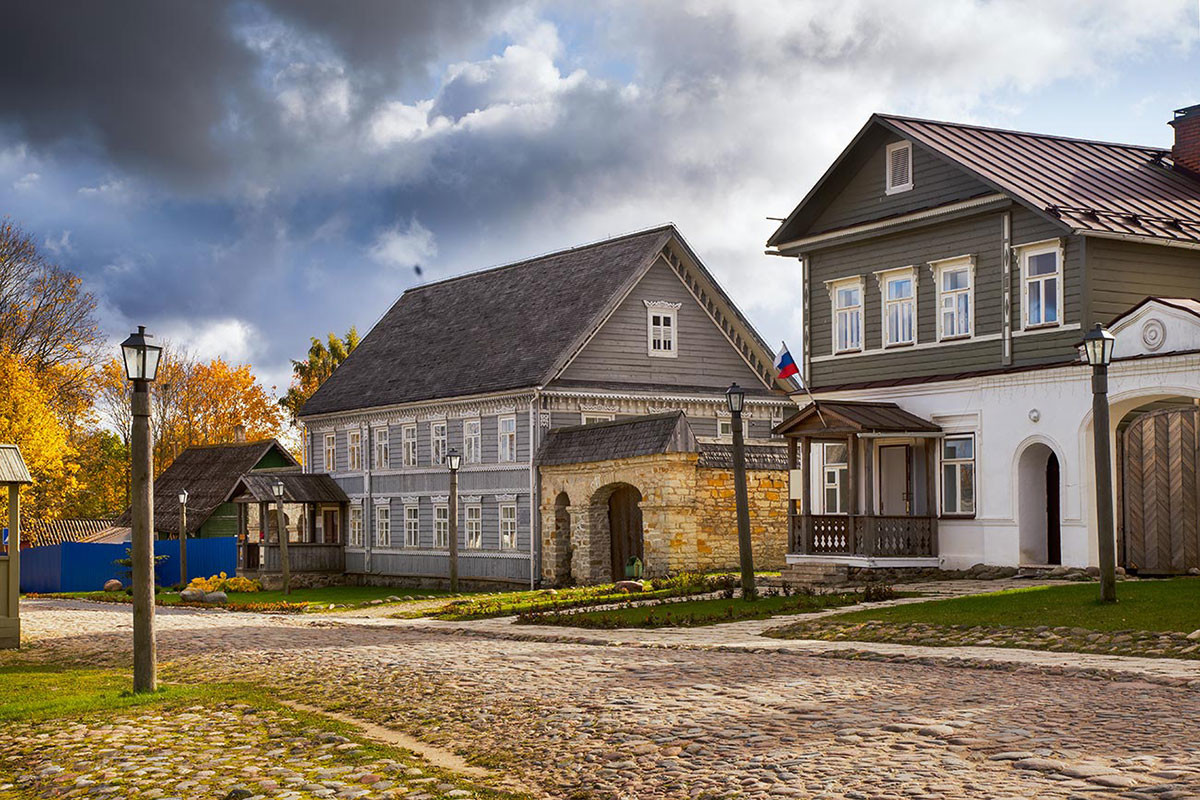 The town of Izborsk on Russia’s western border is famous for its mighty 14th-century fortress, which withstood several sieges by the Teutonic Knights. Come the 21st century, work was carried out to excavate an 18th-century cobblestone road leading to the castle gates. 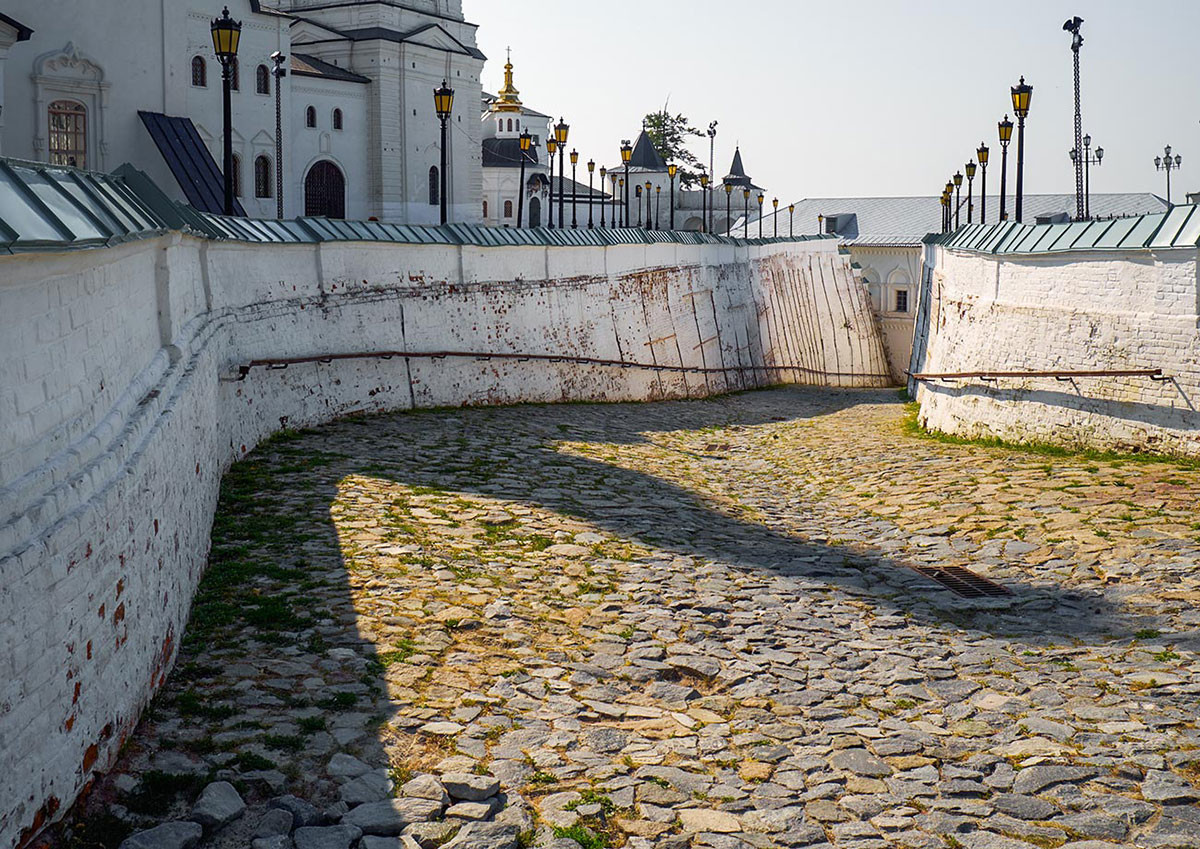 In the 18th century, Tobolsk was an important stronghold for the opening up of Siberia. The city is home to the only stone Kremlin still standing in this vast region. The old cobblestone road leading up to it seems squeezed on both sides by stone retaining walls. 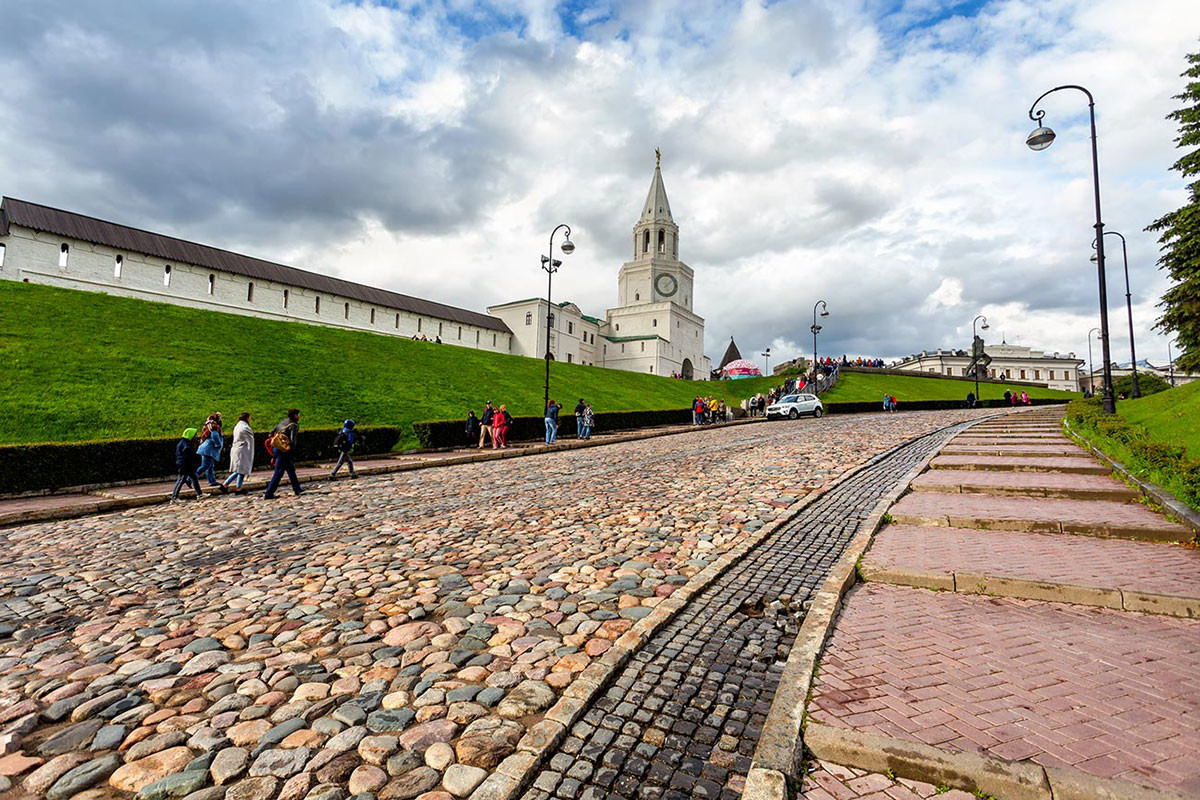 In the 19th century, with the tsar's consent, the local governor began paving the city streets (with another "stone tax" specially levied on arriving ships). In 2019, due to the shallowing of the Volga, an old cobblestone path emerged on one of its banks, having lain hidden under the water for many decades. Meanwhile, the paving around the Kazan Kremlin was asphalted over in Soviet times, and restored only for the city’s millennial anniversary in 2005. 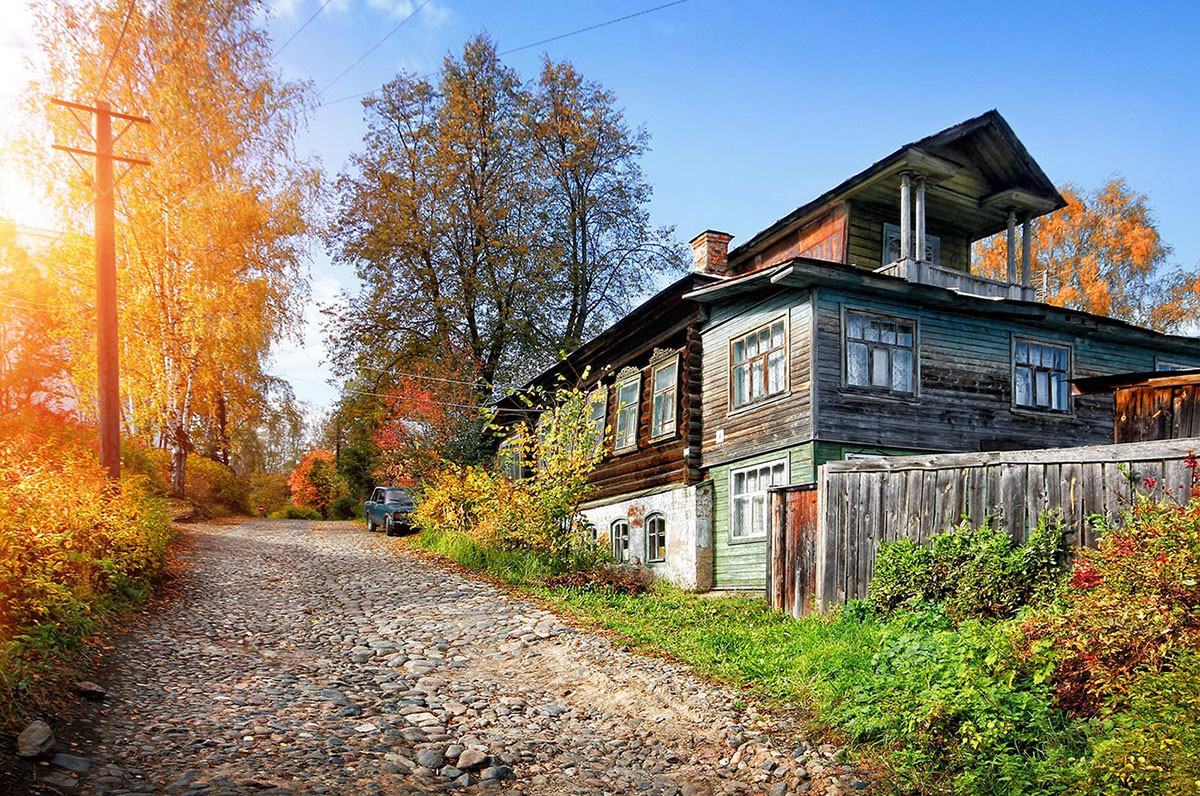 It is rare to encounter cobblestone paving in a small old-world town. There was once an active river trade on the banks of the Volga, so it would have been difficult to haul goods up the steep streets along a dirt road. Cobblestone roads have been preserved in several places, and archaeologists even found the remains of 12th-century paving! 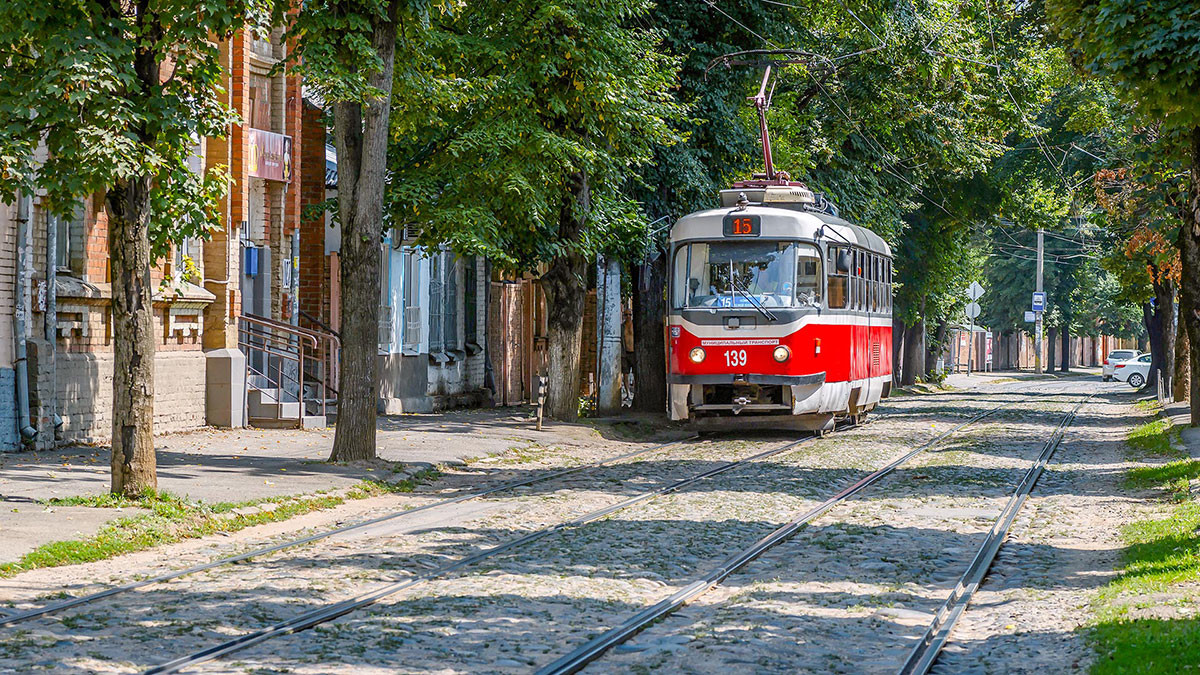 Most of Krasnodar's streets were covered with asphalt in Soviet times, but some rare specimens of cobblestone paving have survived, like on Gorky Street, where the trams trundle by. The pedestrian part of the main Red Street has also been restored and repaved.