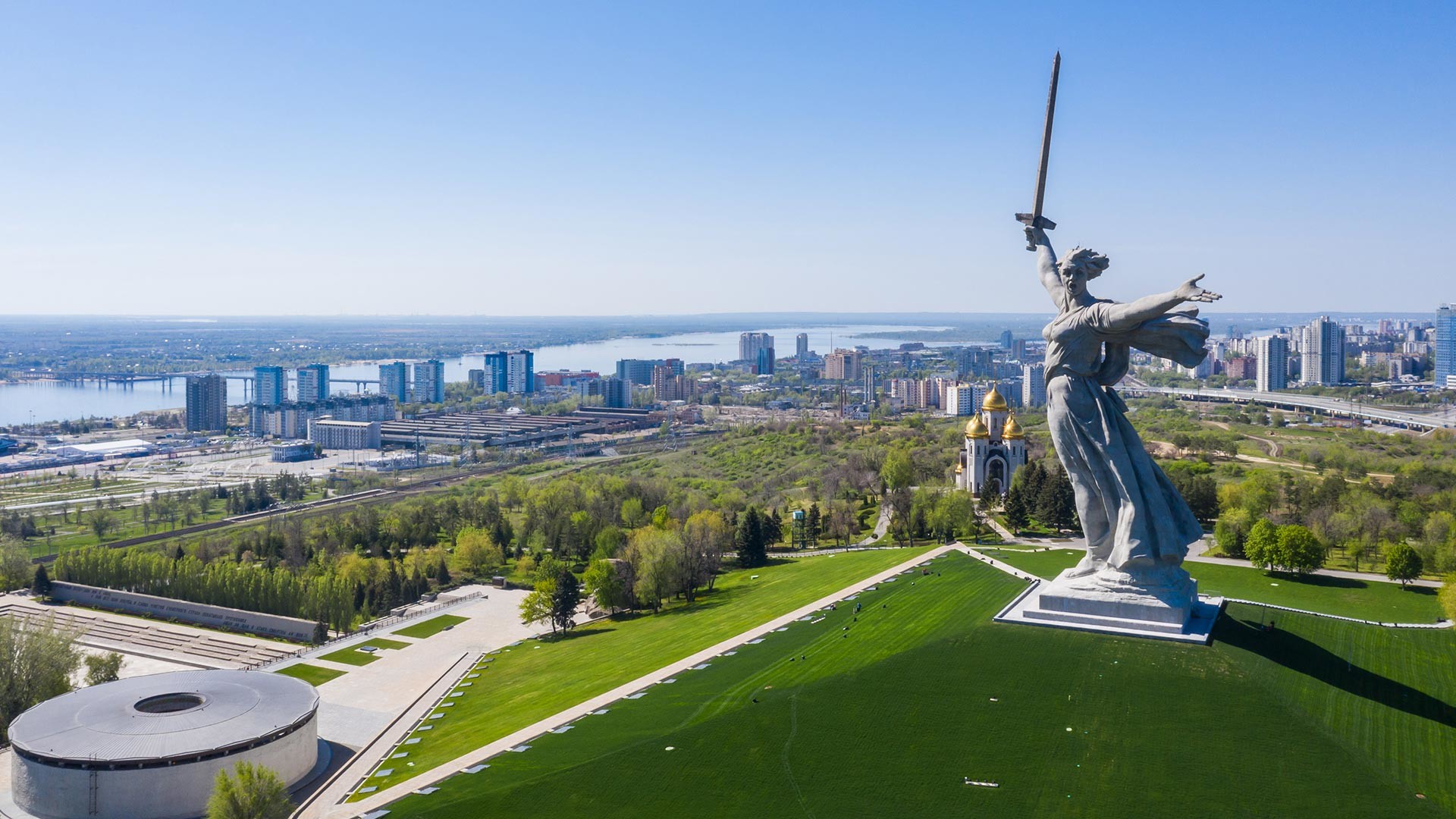 Legion Media
The experience of Soviet architects and urban planners is being reimagined in Saudi Arabia, which is launching a $200 billion project to build a new, 170-km long city.

Among many architectural concepts and utopian theories developed over the years, a special place belongs to the idea of a linear city, built along elongated thoroughfares. It first appeared in the 19th century, but came to the fore in the 1920s-1930s, driven by the keen interest of Soviet architects of the time. For example, Nikolai Ladovsky proposed connecting Leningrad (present-day St. Petersburg) with Moscow by changing the latter’s street network: its elongated main Tverskaya street was supposed to become the main vector of the city’s development and a connecting axis of the two capitals.

In his seminal 1930 book Sotsgorod (Socialist City), architect and urban planning thinker Nikolai Milyutin presented his own concept of a linear city. It was based around the idea of decentralizing industrial production and placing residential areas opposite industrial parks. Thanks to this structure, a city could grow indefinitely, avoiding the formation of superdense areas. However, all these theoretical constructs remained on paper, although at different times in history they did find many followers. 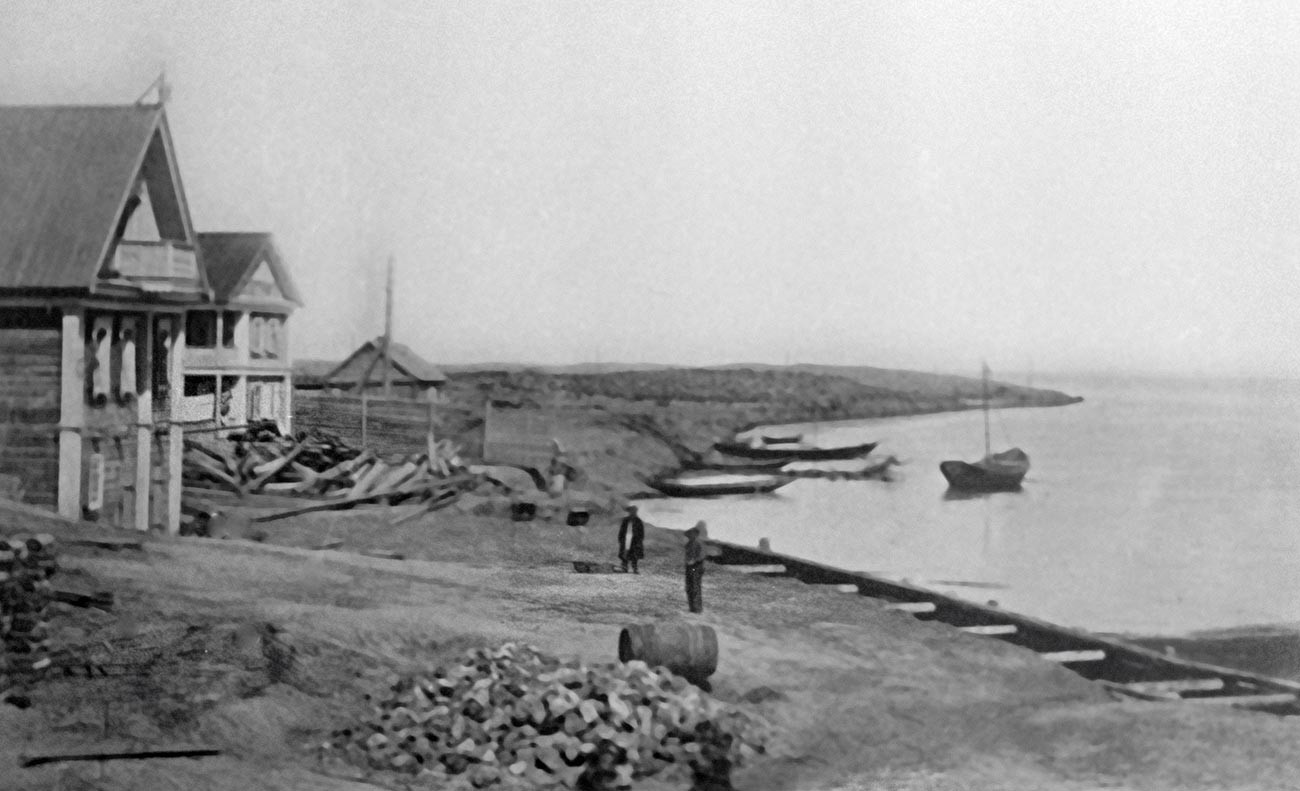 Tsaritsyn (former name of Volgograd) in 1915

The idea of a linear city was realized in Russia only once. The location for this large-scale urban planning experiment was the city of Voldograd. It developed its elongated shape back in the 16th century, thanks to its historical location along the banks of the Volga River. This structure was driven by the need to send cargoes - goods produced by local factories and craft workshops – up and down the river. Residential neighborhoods formed around those industrial centers, which were all “strung together” on a single axis of the river. The city continued to develop along the same pattern after the 1917 revolution, too. New districts, which grew out of worker settlements, stretched along the river bank for distances of up to 30 km. 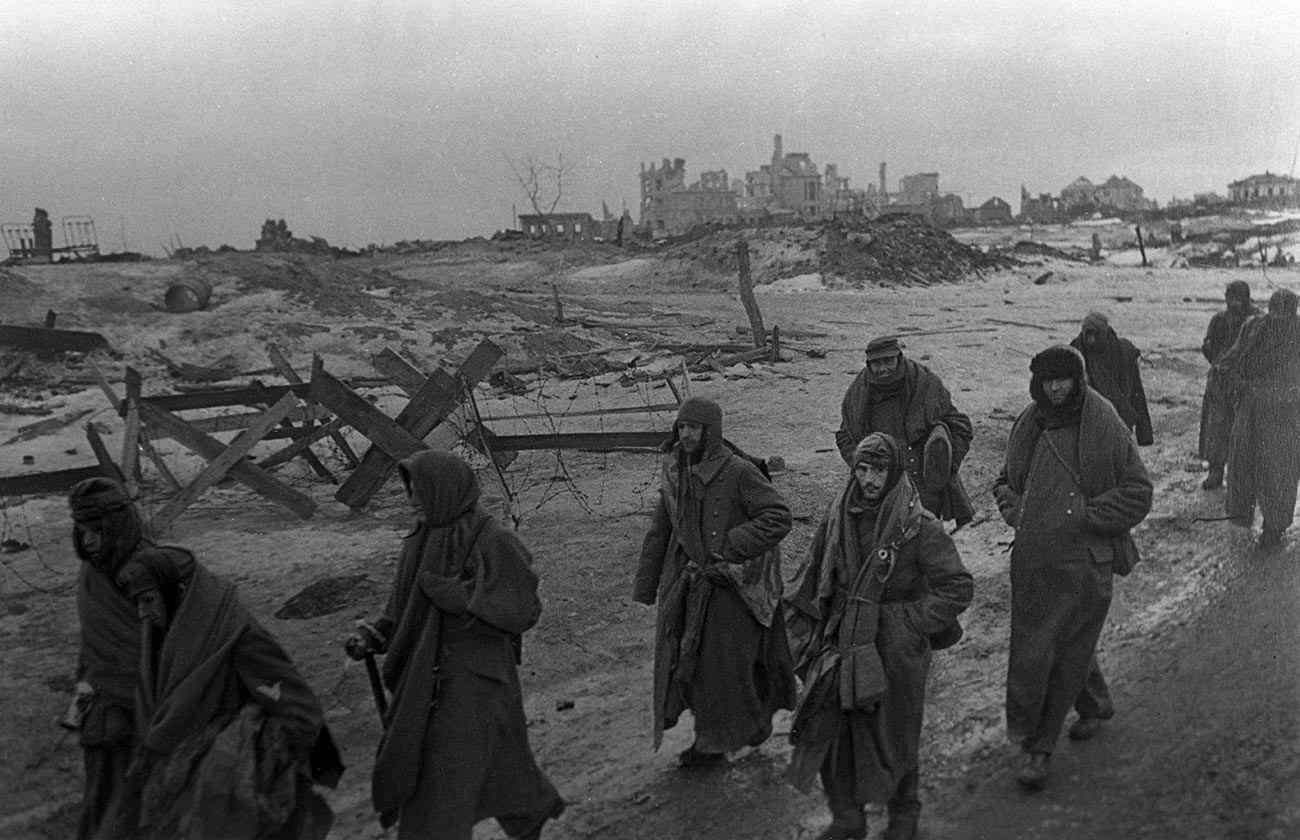 German prisoner of war after the Battle of Stalingrad, 1943

During World War II, more than half of all buildings in Volgograd (in 1925-1961 the city was called Stalingrad) were destroyed. The most devastating was the famous Battle of Stalingrad, which wiped out entire residential neighborhoods from the face of the earth. However, in the post-war period, too, the city continued to develop linearly. Under the general plan of 1945, areas along the river bank were freed from industrial sites, warehouses and military facilities that cut off residential areas from the Volga. 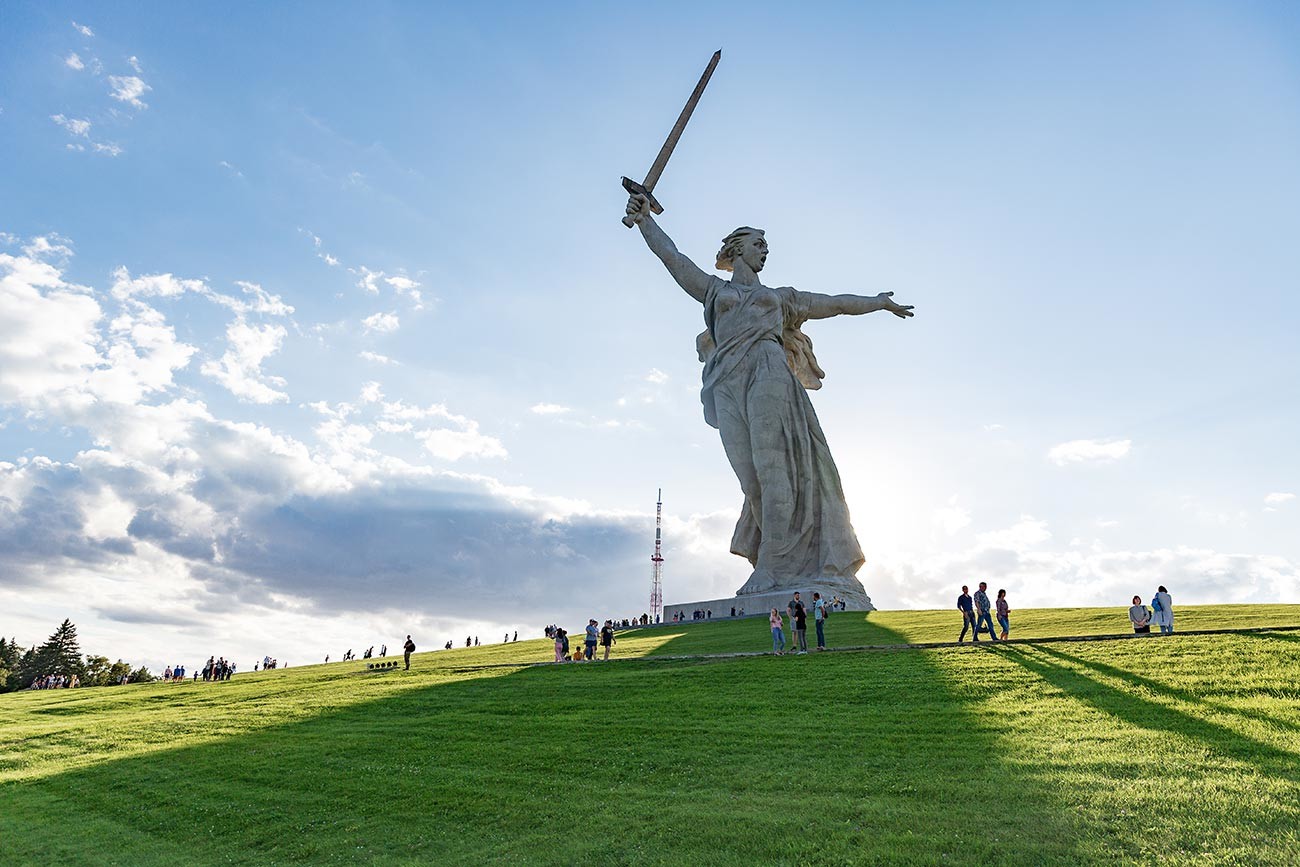 The largest post-war construction project took place on the Mamayev Kurgan on the banks of the Volga, where, on October 15, 1967, the ‘Heroes of the Battle of Stalingrad’ monument was unveiled. It was created by sculptor Yevgeny Vuchetich, architect Yakov Belopolsky and design engineer Nikolai Nikitin, one of the designers of the Ostankino TV tower in Moscow. Since the memorial was built by Stalingradgidrostroy, the same organization that was building the Volzhskaya hydropower plant, the same materials were used - concrete, metal and granite. 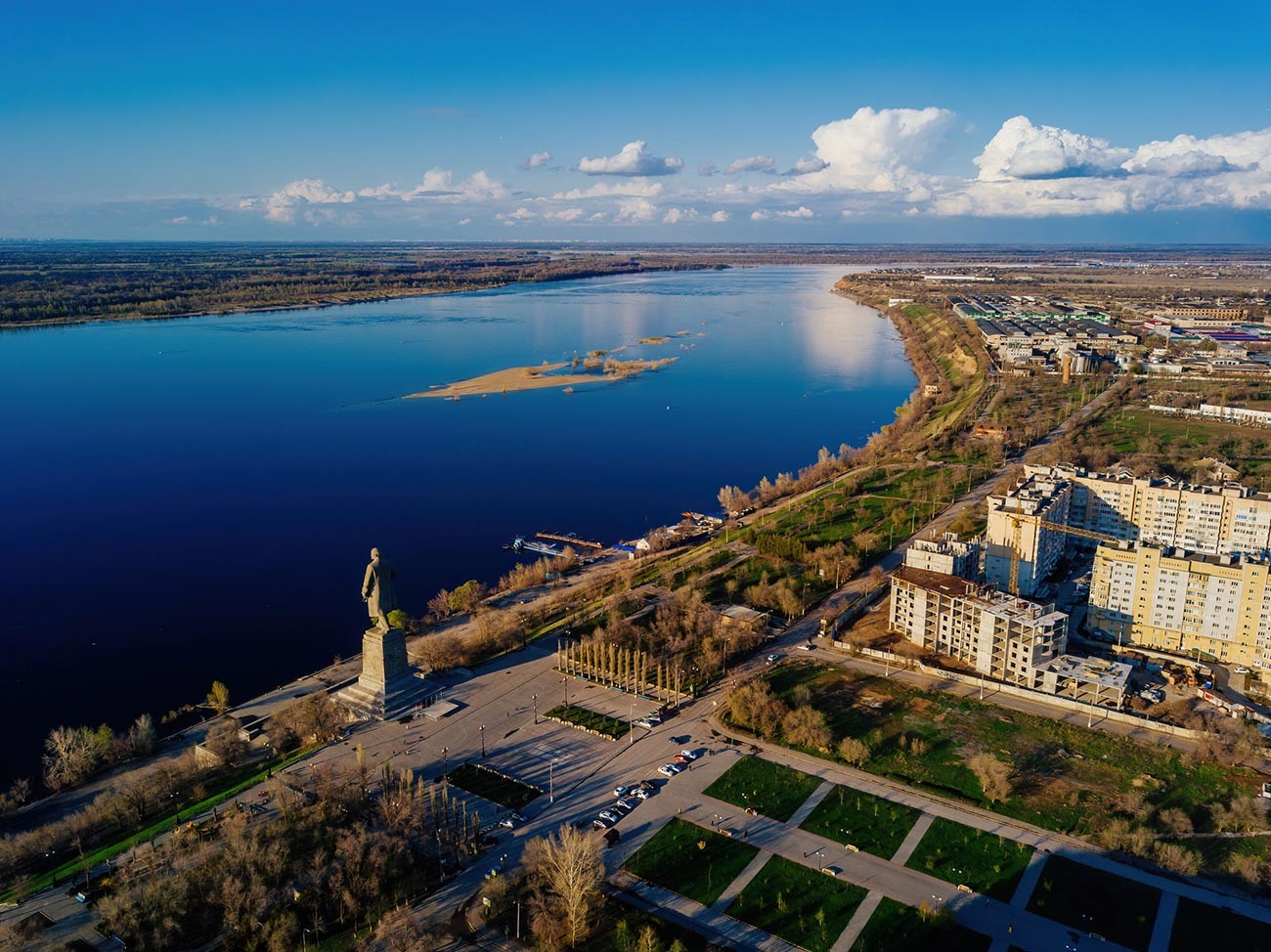 Before the construction could begin, several months were spent on clearing Mamayev Kurgan of mines, shells and aerial bombs. Also, mass graves were opened and transferred to a neighboring site. Then, artificial embankments and slopes were put up on the cleared land, on which the pillars and foundations of the main monument were erected. Mamayev Kurgan houses several memorial sites: the ‘Stand to the Death’ monument, the ruined walls, the ‘Hall of Military Glory’ and ‘The Motherland Calls!’ monument. The latter became the tallest statue of its time and was even listed in the Guinness Book of Records. The Motherland’s figure is 52 meters tall, while the whole monument is 85 meters tall. Originally, the monument was supposed to be just half of that height, but, at the request of Soviet leader Nikita Khrushchev, Vuchetich made it “taller” so that it would be higher than the Statue of Liberty. 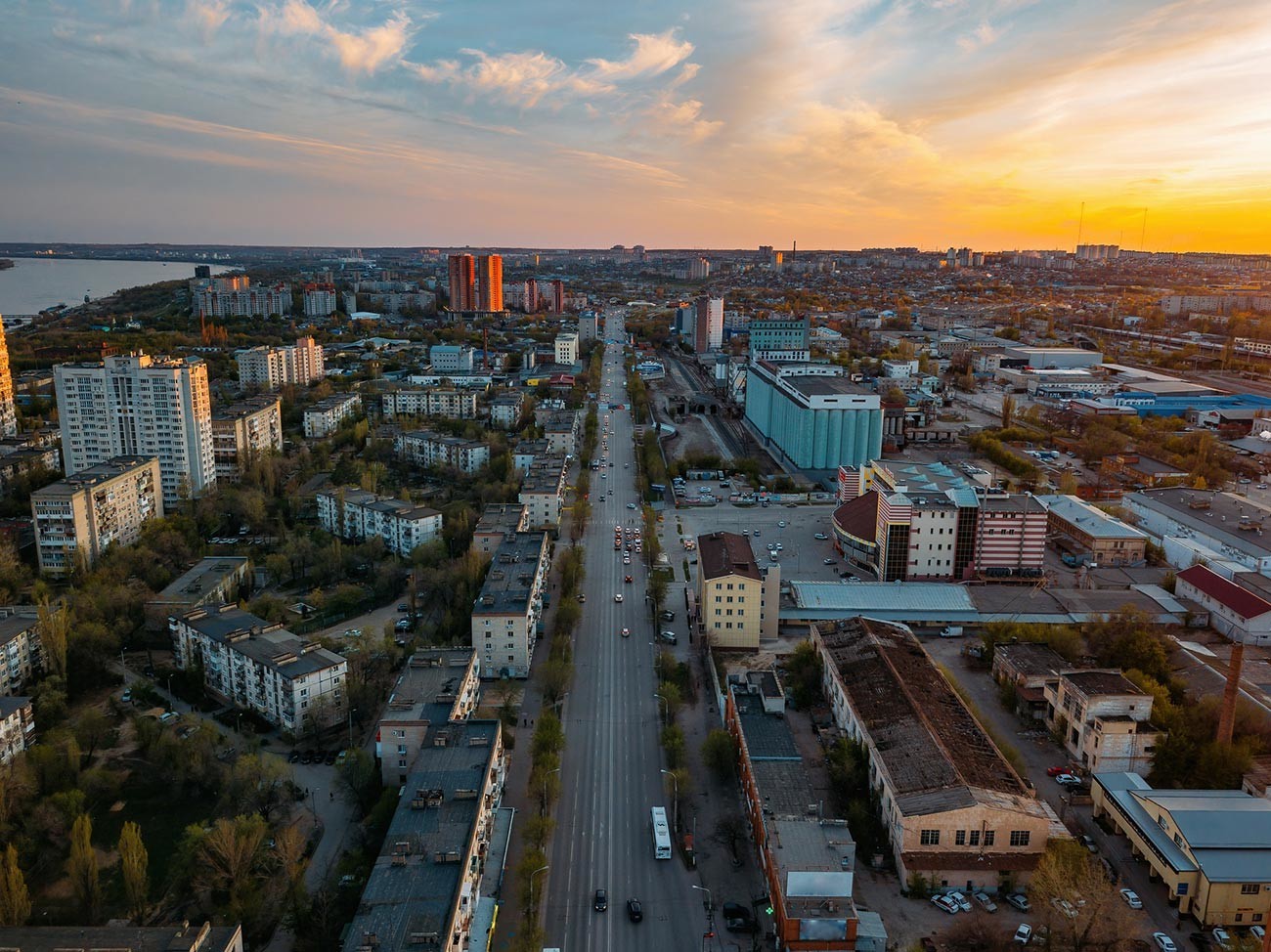 In 2010, 28 settlements and the Sarpinsky Island were made part of Volgograd, which changed the configuration of the city on the map, but it still retained the principle of linear development. Today, the city stretches for 90 km along the banks of the Volga and covers an area of 56.5 thousand hectares. Thanks to this layout, it also has the longest street in Russia: its famous Prodolnaya Street is more than 50 km long.