Why do foreign tourists come to Russia regardless of the pandemic? 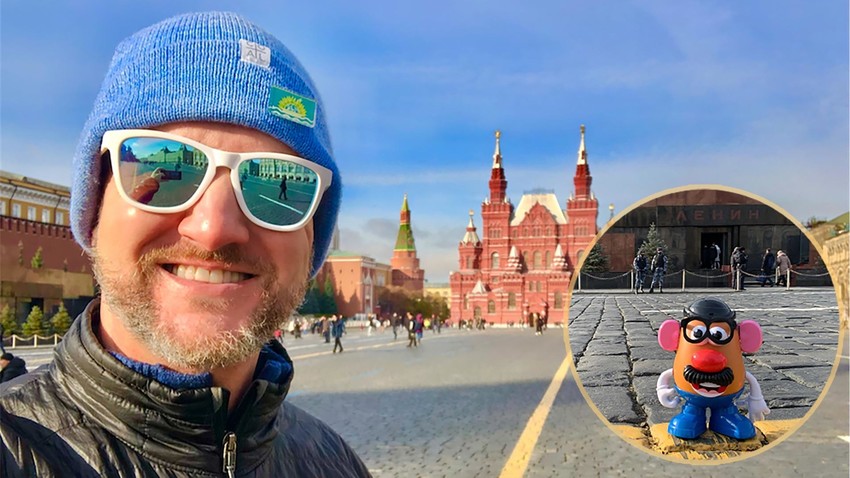 Personal archive
UFO-hunting in Karelia, kissel-tasting in Moscow or a bus tour around the Golden Ring – these are just a handful of the many reasons why foreign tourists still come to Russia.

In late October, Alain Koninckx, a 37-year-old Belgian tourist, found himself strolling through central Moscow, amazed by the lack of mask-wearers. Meanwhile, the number of COVID-19 infections in Russia was scaling new peaks every day, forcing the authorities to impose another lockdown from Oct. 28 to Nov. 7.

But most of all, Alain was perturbed by having had to fork out 230 euros for a taxi from the airport to his hotel. His guide later explained that he had been conned, and the trip from the airport rarely costs more than 5,000 rubles (60 euros).

READ MORE: How to NOT get ripped off by Moscow taxis

Alain came to Moscow specially to visit the Lenin Mausoleum on Red Square. Why? Because he works as an embalmer, and he has long dreamt of seeing Lenin’s mummified body for 20 years.

“Almost one century he's been embalmed, that’s crazy! Common sense says, Yes, to burying him; but the heart says, No, because it's a wonderful story and a modern mummy!” Alain says.

The few tourists who still come to Russia tend to be from Turkey, Cuba, Serbia, the UAE and India. The new wave of the coronavirus does not put them off at all.

Getting a visa and maskless Moscow 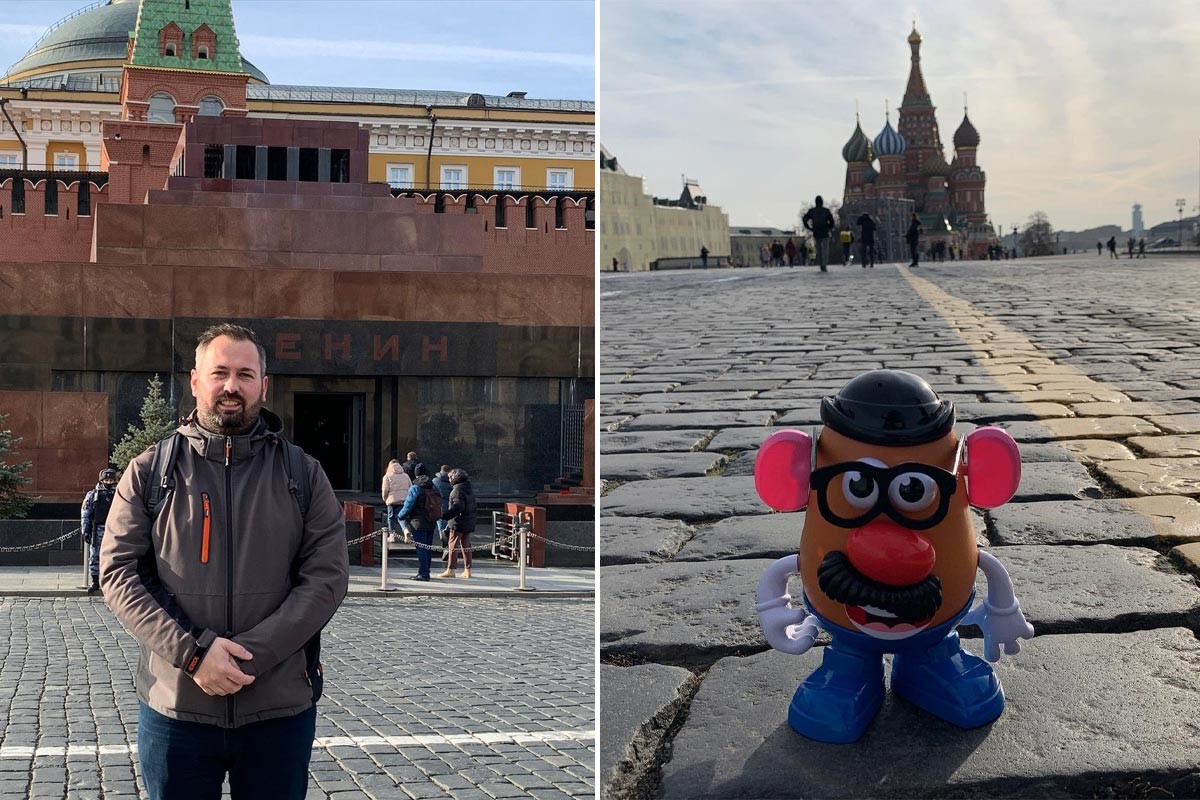 Alain had been trying to go to Russia on a work visa since 2020. That year he was invited on business to attend the Necropolis Expo funeral exhibition in Moscow. But due to the pandemic, it was postponed for a year. Convinced that this time it would go ahead, he was not expecting another lockdown to be announced in Moscow just a few days before his arrival.

“Russian visas are usually not easy to get. We need to provide a lot of information and COVID made it even harder. For example, I'm fully vaccinated with a European vaccine, but it is not recognized by the Russian authorities. So I need to provide a PCR test 72 hours before coming. Getting back to Belgium is also not simple: a PCR test at the airport, then a seven-day quarantine at home, then a second test,” says Alain, recounting his exploits trying to get in and out of Russia.

He describes Moscow as big and clean, although he believes the city has too few public toilets and is too cold outside and too hot inside. He was also surprised by Russians’ behavior, feeling it strange that many did not wear masks in cafes and calmly left their personal belongings at the table when visiting the bathroom.

“I was surprised that not a lot of people wear a mask and you don't have enough sanitizers available compared to Belgium. And in restaurants people don't respect social distancing. I had the impression that COVID doesn't exist here!” says Alain. 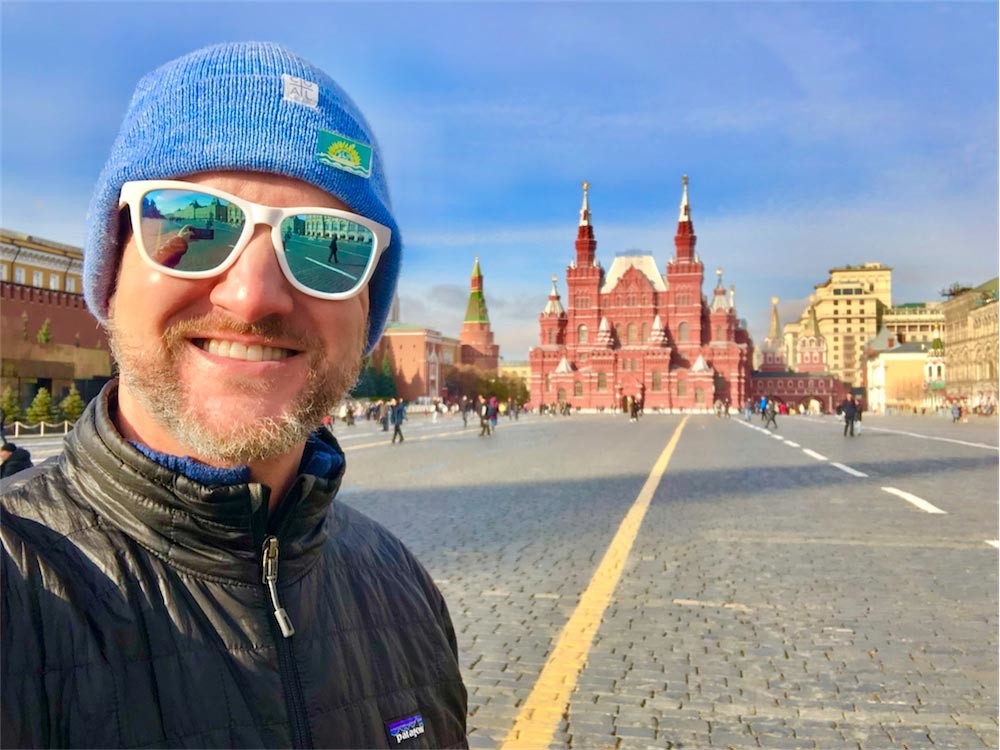 Another tourist, 44-year-old radio presenter Randy Williams from the U.S., began traveling around his own country in 2015. Bitten by the travel bug, he decided to visit all 193 member countries of the United Nations. When he flew to Moscow on Oct. 25, Russia became the 167th country on his list.

“Obviously, the pandemic has made this goal more challenging than ever. As soon as I heard that Russia had opened for tourists, I booked a trip right away! But Russia has one of the most difficult visa applications in the world. I hired a company to help me with the paperwork. It was worth the extra money. I do wish in the future that Russia will make it easier for Americans to obtain visas,” said Randy.

During his two-day stay in Moscow, Randy was greatly impressed by the architecture in the city center and the subway.

“I was most impressed with the metro system -- how easy it was to use and how many places it goes to; but most of all how beautiful the stations are. I spent a whole day just traveling to different stations to take pictures. I couldn’t believe how beautiful they were!” Randy recalled. 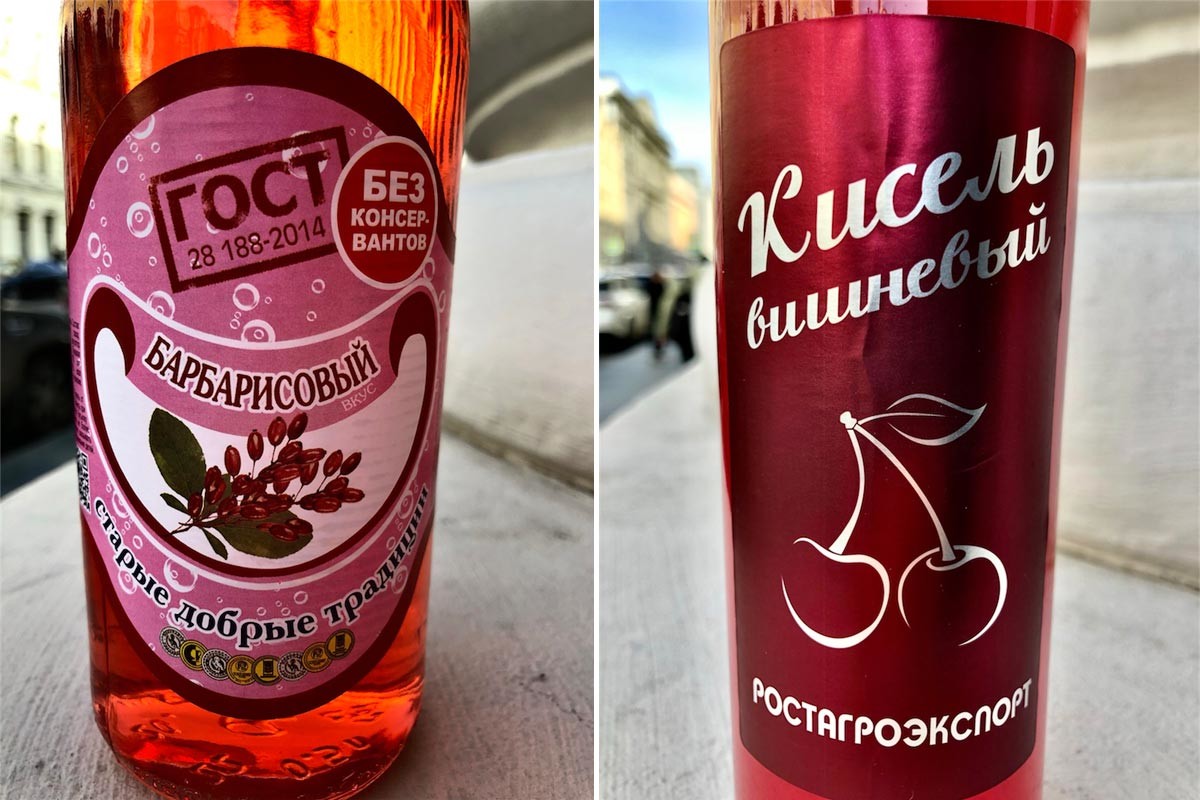 “The one on the left was good – it [had the flavor of] a new fruit that I'd never had before. The one on the right (kissel) was too thick. And it was almost like medicine. But I didn't get to have any real Russian food while I was there, and I'm sad about it! It was the big hotel breakfast in the morning and then hamburgers and pizza for dinner. A total fail, and I know it!” laments Randy. 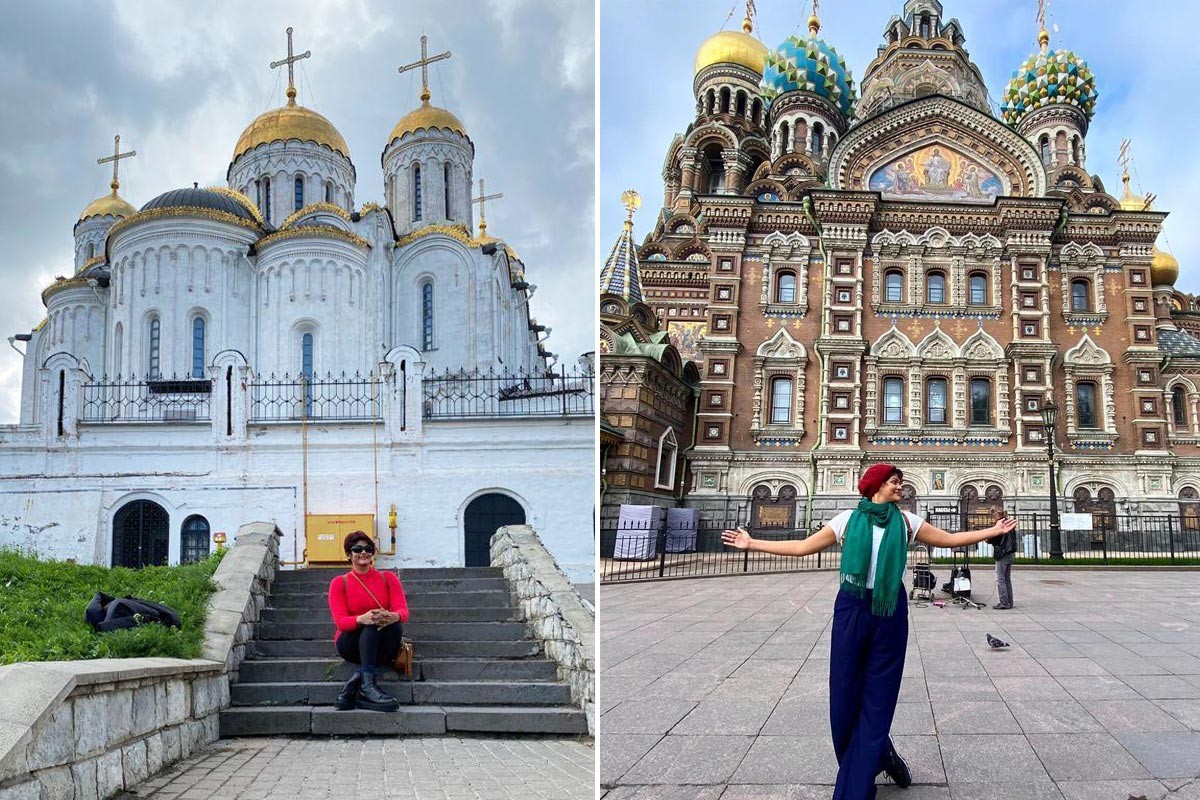 Aishwarya, 29, a content manager and market specialist from India, did not leave her country for two years due to the coronavirus. At the first opportunity, she decided to go to one of the few countries that didn’t require quarantine upon arrival. So, her gaze fell upon Russia.

For two weeks in September, Aishwarya visited Moscow, St. Petersburg and the Golden Ring cities of Vladimir, Suzdal and Kostroma.

In Russia, she liked the pedestrian zones, the modern metro and Georgian cuisine. As for less pleasant things, Aishwarya listed rain, traffic jams and communication problems – she had to make constant use of an online translator. She was also struck by the appearance of passers-by. In her opinion, many Russians have funny hairstyles.

“What impressed me the most was the use of color in your architecture and your theater. When you first see a Russian person, they seem frigid. Their personality and fashion are mostly somber. But the vivid colors on the domes, in the costumes of theatre artists painted another picture: it’s that of a culture that's emotional, vibrant and expressive,” summed up Aishwarya.

Graphic novel and cleansing at the Karelian waterfalls 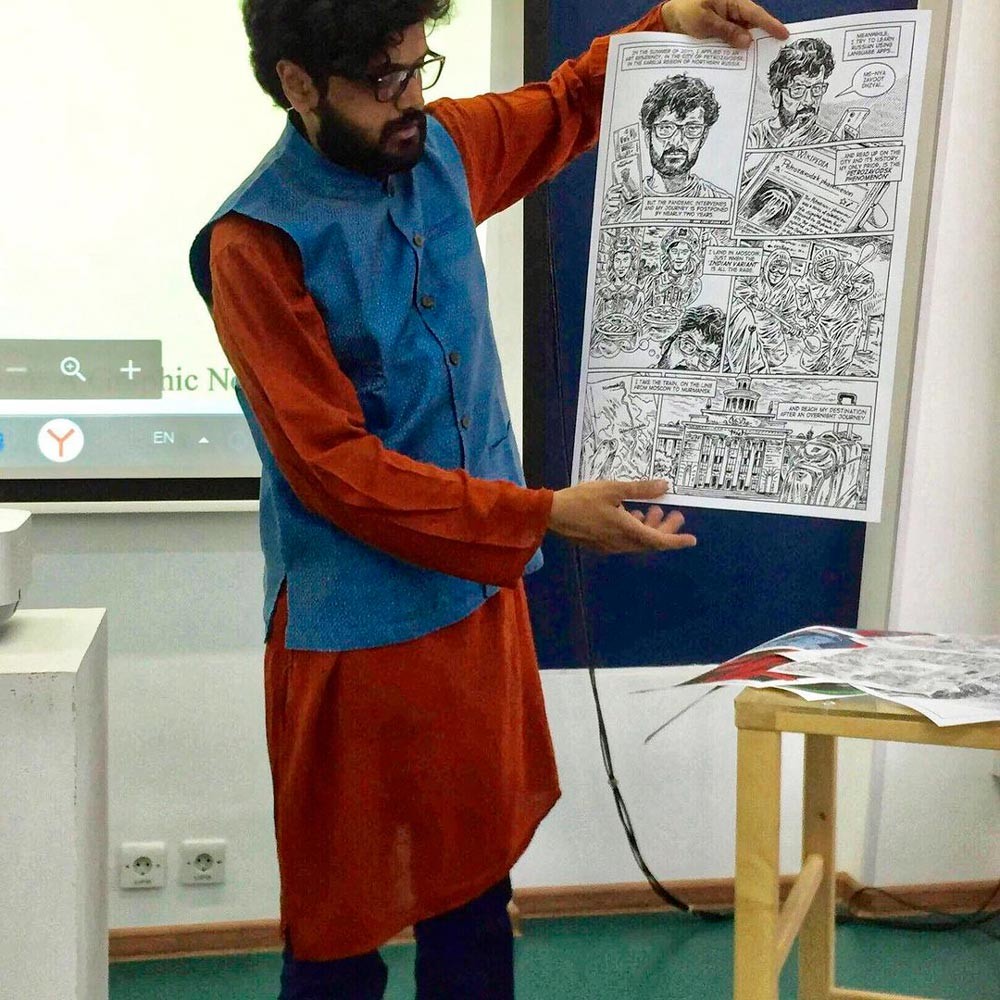 “The wedding took place in a former hunting lodge in the forests outside Suzdal, very beautiful. Eventually, due to the post-wedding drinking games, etc., I almost ended up in the hospital in Moscow; others from the wedding party actually had to be admitted. A very classic Russian experience,” is how Jai Undurti, a 39-year-old journalist from India, describes his first visit to Russia in 2008 for a friend’s wedding. Having fallen in love with Russia on that occasion, he decided to visit again.

His second trip as a journalist was in 2012, covering a chess tournament for an Indian newspaper.

In 2019, Jai decided to create his own graphic novel based on the history and landscapes of Karelia. He was invited to take part in the Karelian Art Residence program in Petrozavodsk for Russian and foreign artists to exchange experience. However, he was unable to travel due to the pandemic. For more than a year, he self-isolated at home and read about Russian culture online. Then, finally in June he was able to return to the country.

His first two days were in Moscow, during which he noticed that many people did not wear masks. This was a shock, because at that time India had one of the world’s highest death rates from coronavirus.

After Moscow, he went to Karelia. He was fascinated by an incident that took place in Petrozavodsk in 1977, when local residents allegedly spotted a UFO. This was to be the central theme of his graphic novel; so he stayed in the city for several days.

“There was an amazing coincidence – for many years my father had a photo of the famous Petrozavodsk sculpture, ‘Fishermen’, on his desktop. And he didn't even know what it was or where it came from; he just found it somewhere on the Internet. And only when I was about to go to Karelia did I realize that the sculpture was from there. My father was very excited and interested, and he asked me to take selfies with the ‘Fishermen’ as soon as I arrived in Petrozavodsk and send them to him, which I did, of course,” said the writer. 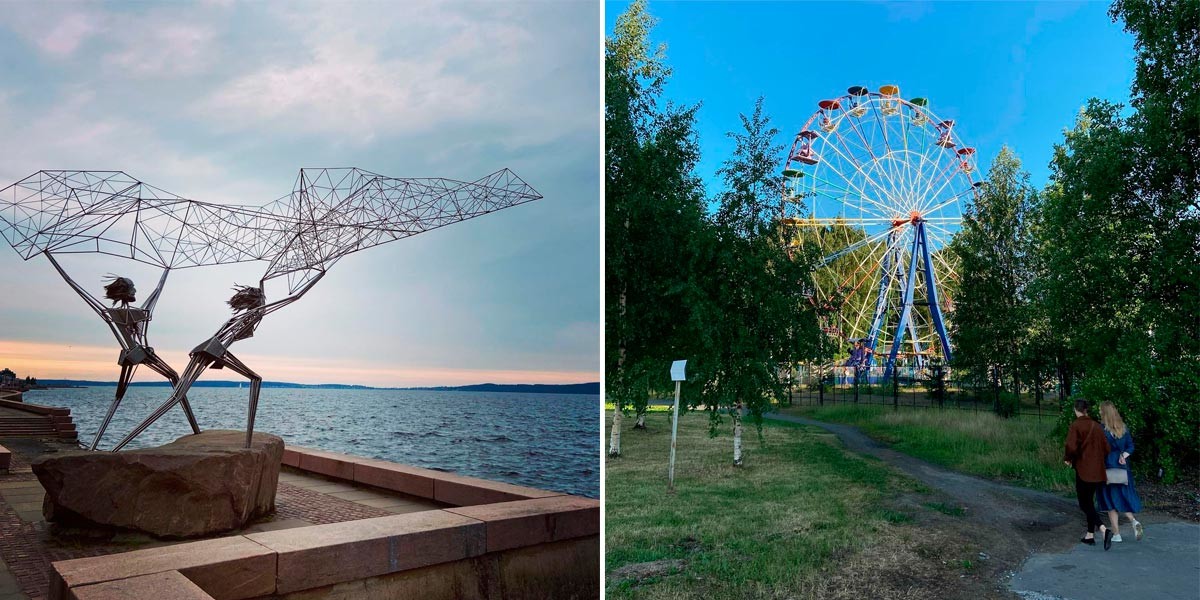 In addition, Jai went on a trip around the region, visited the Vottovaara Mountain massif, the town of Sortavala and the local Kizhi museum-reserve. His most vivid impressions, he says, were of communicating with other artists, the feeling of freedom after isolation, and the incomparable beauty of the White Nights.

“After 18 months of being in my apartment, suddenly traveling to this vast landscape full of open water and endless forests was very disorienting,” said Undurti. “It was like some new life had been poured into me. I'd been suffering from post-COVID effects all of which more or less disappeared – I think it was due to the fresh air at Lake Onega!”