How an American linguist became a true highlander from the Caucasus

Travel
Anna Sorokina
Locals in the Russian Caucasus can teach you lots of things: hospitality, sincerity, respect for elders and the strength of spirit. An ordinary English teacher from Virginia experienced all these for himself there - and found himself becoming a part of it all. 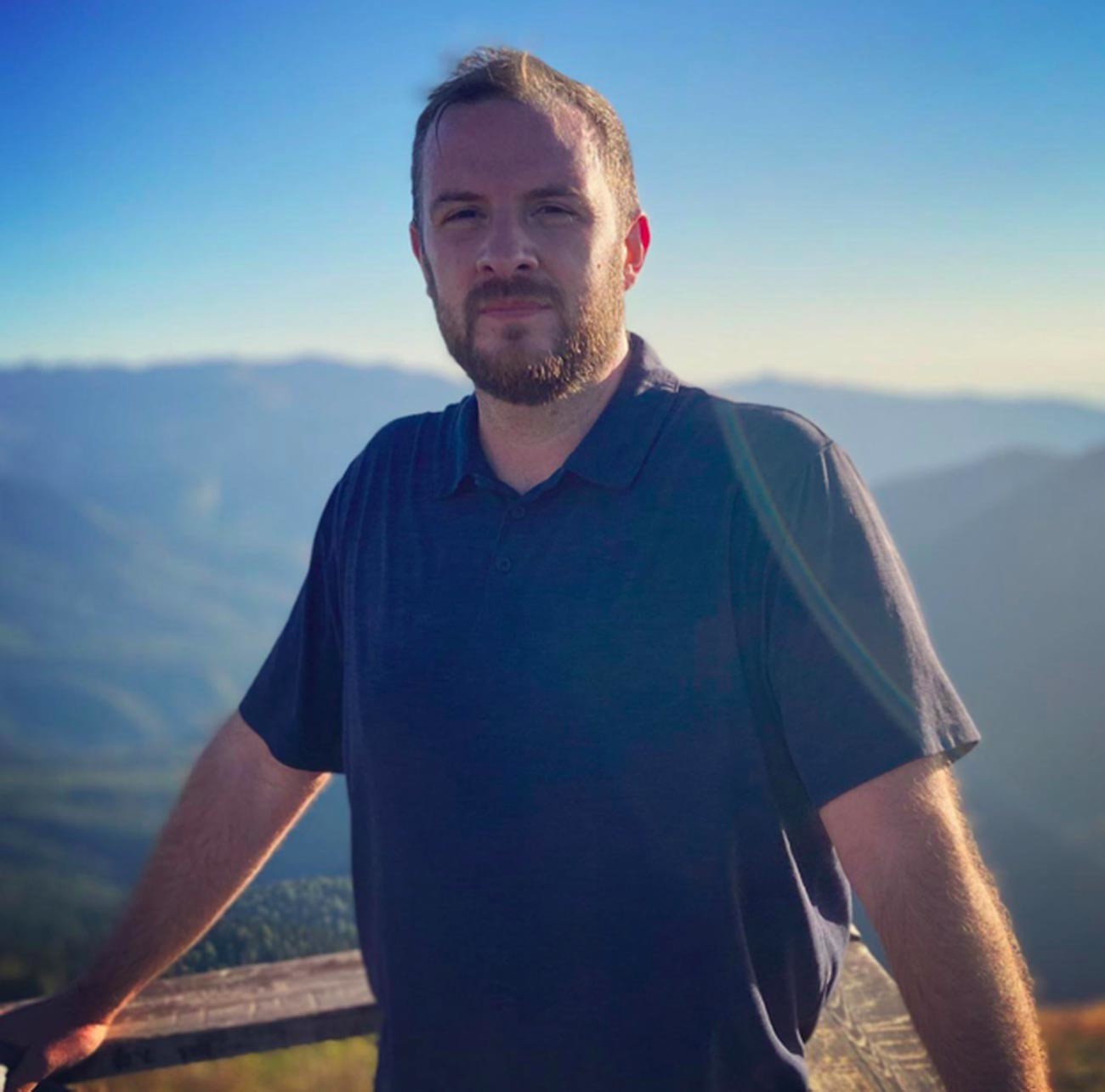 When he came to the Russian North Caucasus and plunged into the daily life of the local ‘highlanders’, Corey Shepherd, a 42-year-old linguist from the U.S., understood that it was exactly what he had missed in Western society. Sincere hospitality, no fake smiles and relations, respect for elders, big families, who take care of their parents (you won’t find any retirement home there!). He spent several years there with his wife and kids, learnt Russian and adopted the local way of life. Now, after returning to the U.S. out of necessity, he misses the Caucasus and would like to return at the first chance. “Most people think that their culture is the norm and everything that differs from their culture is weird,” Corey says. “However, I think that every culture has negative and positive aspects and there are things that we can learn from each other, even if we have disagreements.” 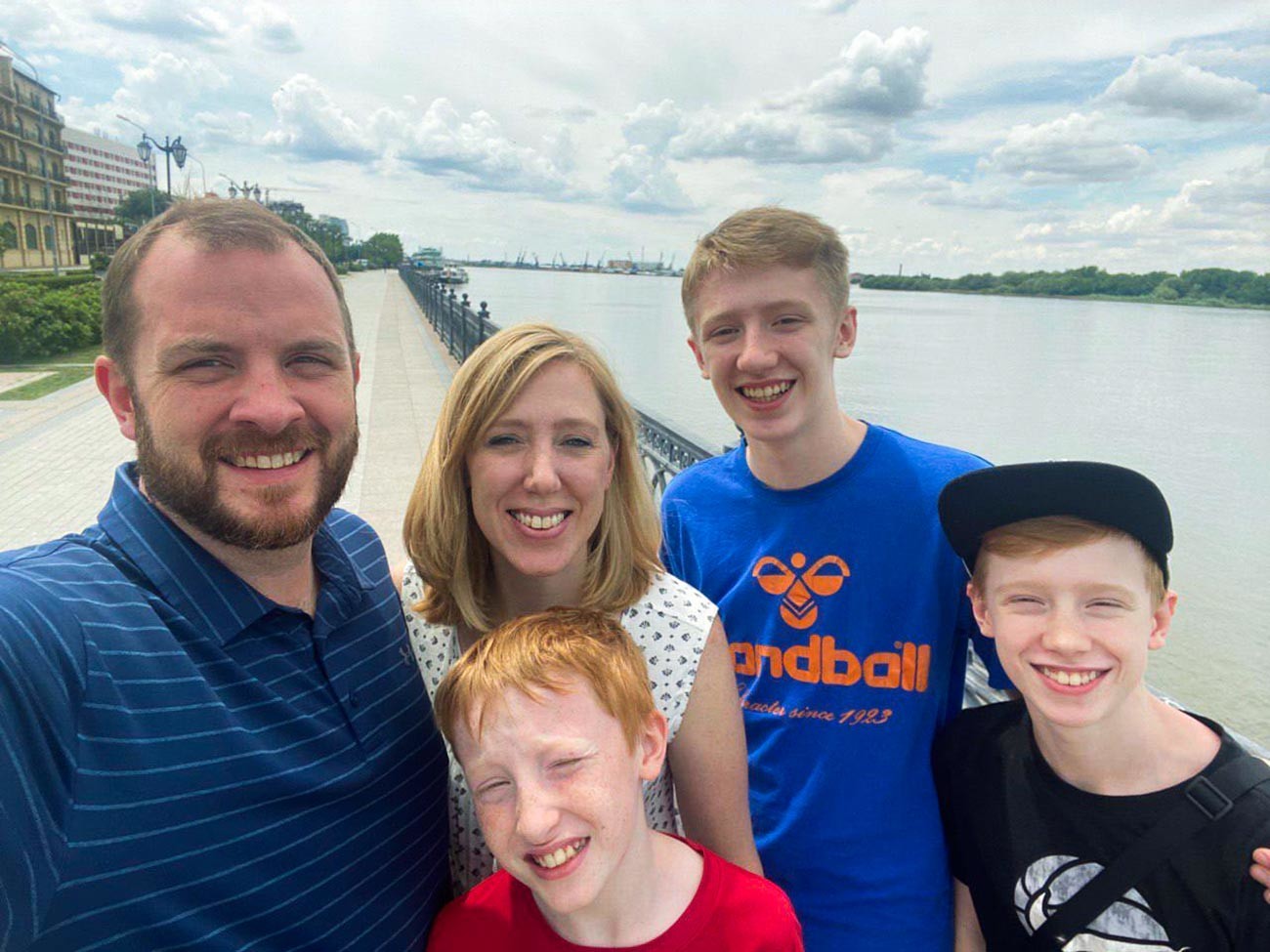 In Russia, Corey came to work as an English teacher - he received an invitation to Moscow and moved there with his wife and three sons. After a couple years in Russia’s capital, they decided to live in the province for a while to plunge into real life and learn the language (in Moscow, their kids studied in an English school). One of Corey’s friends, Ilias, who belonged to a Lezgi ethnic folk, took him to his home in Dagestan (a region in the Caucasus mountains) - and he enjoyed the trip so much that, since then, he became a regular visitor there and always meeting new friends.

The Russian Caucasus is a geographical area that includes many republics: Dagestan, Chechnya, Ingushetia, Adygea, Kabardino-Balkaria, Karachai-Cherkessia, North Ossetia, Stavropol and Krasnodar Territories. Besides Russians, more than 50 different ethnic folk live there with their own traditions, religion (many people are Muslim) and language.

“Several years ago, this region had a reputation of being unsafe and we chose to relocate to the city of Astrakhan. It’s a big city close to Dagestan and Chechnya, from which it was very comfortable to travel there. Moreover, it’s multinational: a lot of Caucasus people from different areas study and work there,” says Corey and admits that, looking back, he regrets that they didn’t move to Makhachkala, the capital of Dagestan.

Now, this region is a very popular tourist destination, thanks to UFC champion Khabib Nurmagomedov and Instagram bloggers.

“I simply love those small remote villages in the high mountains,” Corey says. “Life is very hard there, but the places are very picturesque.” 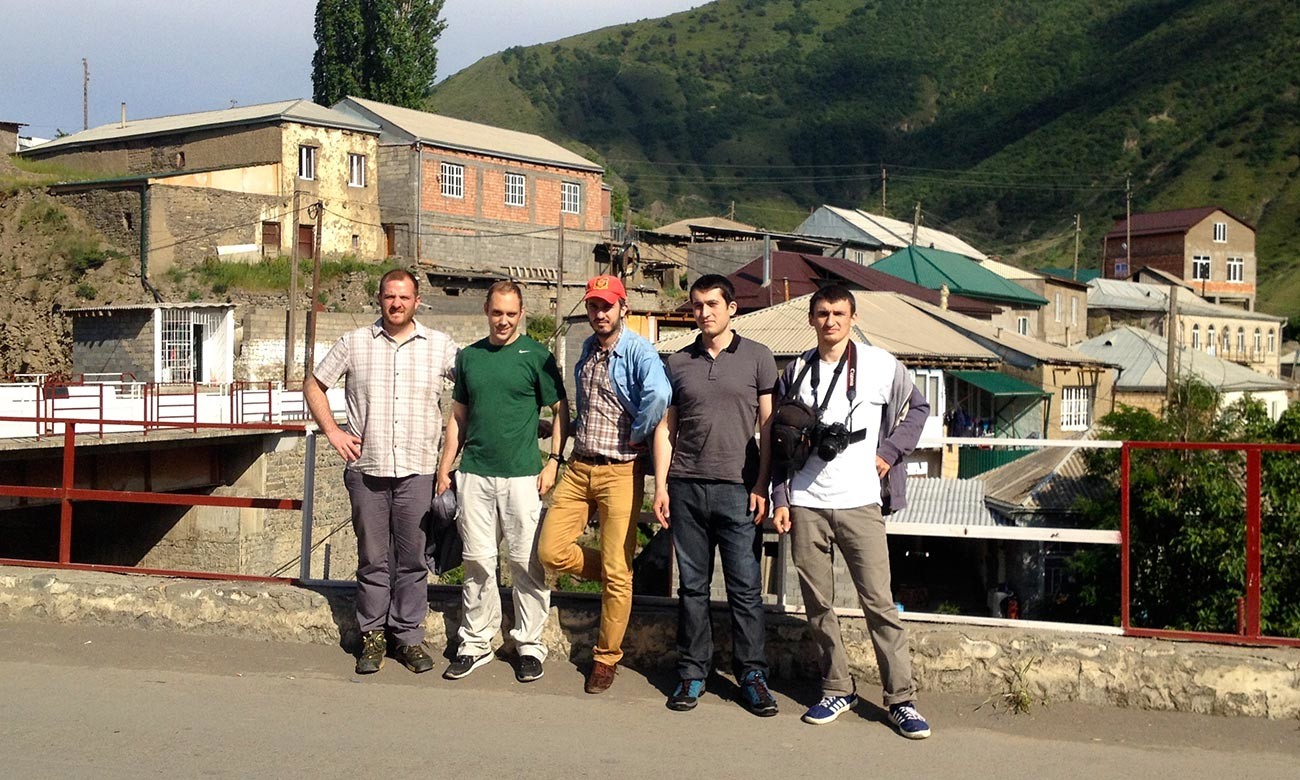 “There’s still a lot of unnecessary fear about visiting Russia and Caucasus, so, I can say - just go,” Corey urges. For the first time, it’s reasonable to start with the big cities: Makhachkala, Grozny, Nalchik. “But, if you have a chance, you should definitely go to the mountains.”

In his opinion, the best way to travel in the Caucasus is to travel by a locals’ invitation. “Caucasus people take hospitality very seriously: when they invite guests, they will take care of you to give you a very very good experience.”

Corey reminds that it’s very important to respect the local culture. “[It’s] certainly more concervative than most Western cultures. It doesn’t mean that ladies should wear a scarf, but a short skirt in the Caucasus is not a good idea,” he says. 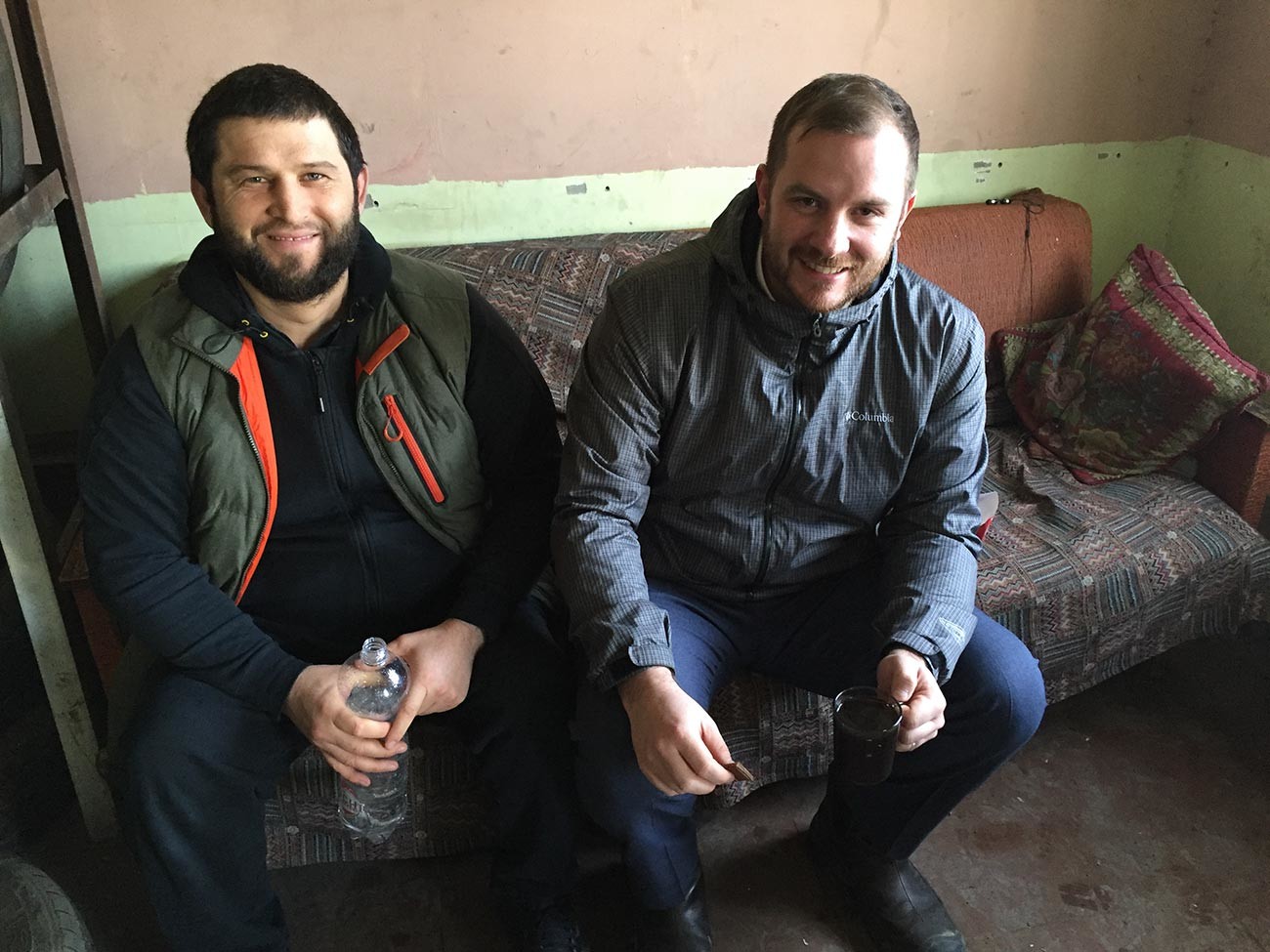 If you don’t speak Russian, you better find a tour guide, because most people there don’t speak English or any other foreign language, for that matter. Corey says that he didn’t have such a problem, because he learnt Russian when lived there, as did his family: “All my sons now speak Russian even without an accent, not like me!” He also knows some phrases in local Caucasus languages, but says that knowing Russian there is more important.

In spring 2021, he established a website called ‘East of Elbrus’ where he publishes stories about Caucasian culture and traditions together with his friend Illias Bukarov and Balkar journalist Marziyat Baisieva. How to be a guest at a Chechen wedding? What does a Balkar dance mean? Who lived in a City of Dead in the mountains?

“We try to write balanced stories about this region and we have big plans! We definitely want to write about Caucasus cuisine, which is famous worldwide. I remember the first time I went to a picnic with my Lezgi friend in Moscow and they taught me how to make Lulya Kebab with Kurdyuk from the lamb. My wife invited girls to our home and they taught her how to make Chudu, Manty, and Pelmeni!”

There’s always something to learn 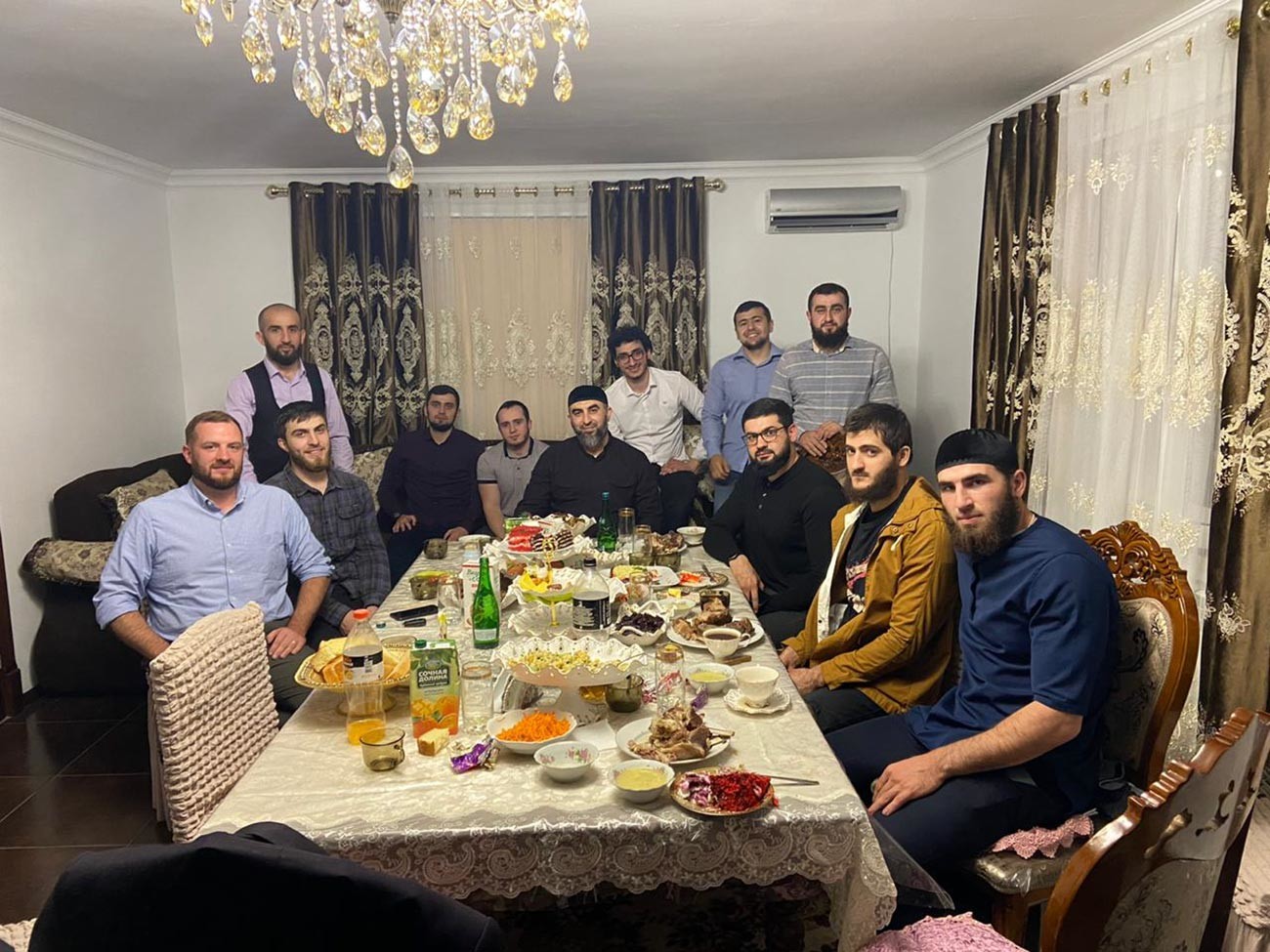 “Of course, I knew all the stereotypes about Russia before moving there,” Corey says. “The biggest one that Americans have is that Russians are unkind, rude and don’t smile. But, when we recently came back to the U.S. and everybody smiled at us, now to me it seems strange. Why are you smiling at me? I don’t know you.”

After living so many years in the Russian south, Corey adopted not only Russian habits, but also Caucasian. “Two weeks ago, I went to play basketball with my boys here in America. And, on the court, I saw people I didn’t know and immediately went to them and shook hands. In the U.S., we don’t do it, but in the Caucasus, it’s absolutely normal to greet all the men in the room or a gym. Those people thought that I was strange and looked at me suspiciously, but smiled in the end.”

Corey also says that he was impressed by how people there take care of their senior relatives and learnt to do the same with his parents: “There is not a single nursing home in Chechnya, just think about it.” The thing that he doesn’t want to adopt touches the raising of sons: “Fathers there raise their sons to be brave and don’t punish them, but they do not hug them or tell them about their love.”

You can read Corey’s notes about highlanders’ lives, Caucasian traditions, history and interesting places on his ‘East of Elbrus’ website.