What you need to know about Russia’s border zones 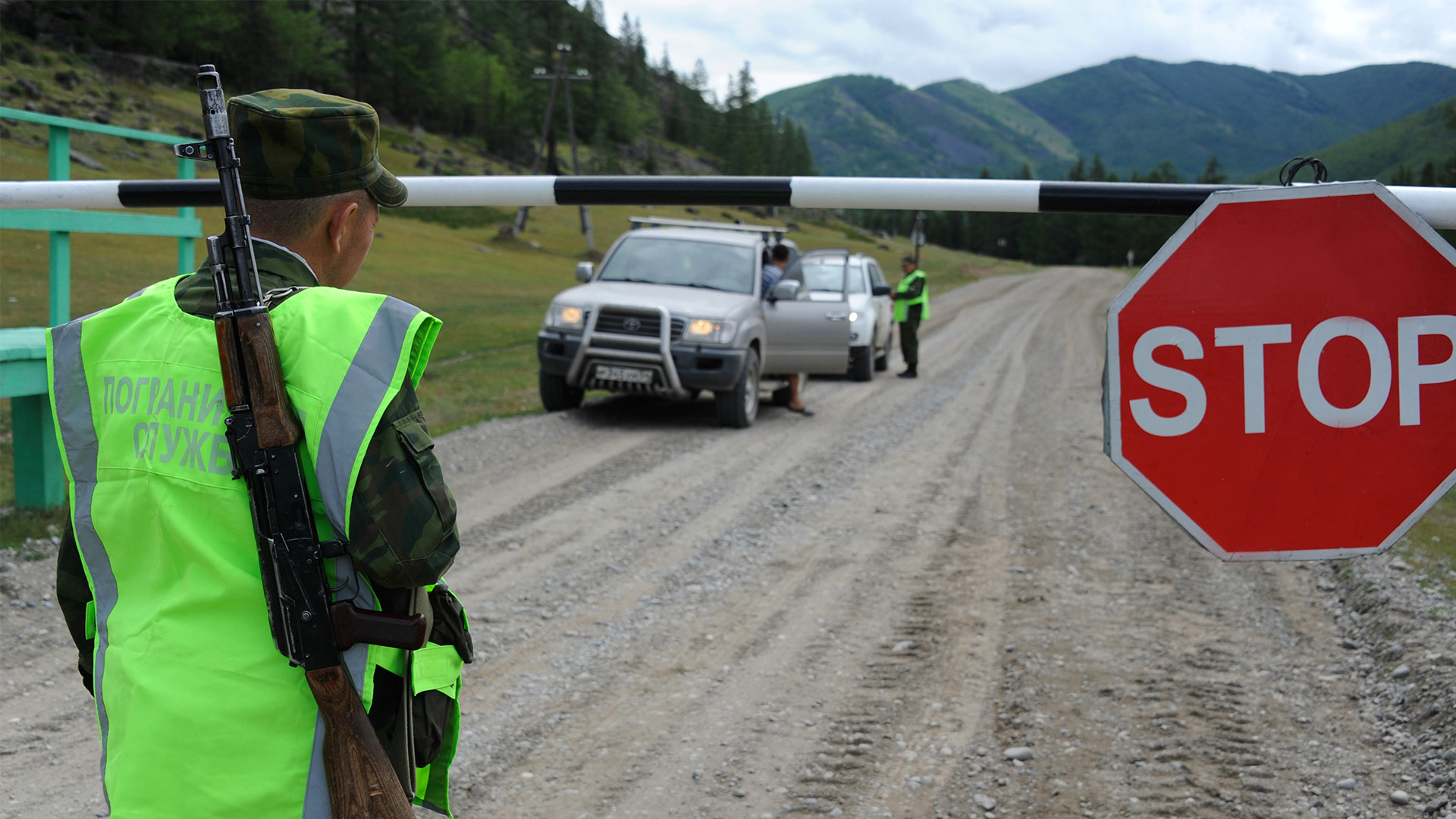 A border zone between Russia and Mongolia

Yevgeny Yepanchintsev/Sputnik
Border zones in contemporary Russia are a curious holdover from Soviet times. What do travellers need to know about getting close to the border and how can they avoid unnecessary problems?

Heading down past Vladikavkaz, I was excited. It was my first time in the North Caucasus mountains and I was on a big hitchhiking trip down into Georgia. The road cut through a shallow river valley. My drivers were trying to tell me jokes I didn’t know enough Russian to understand yet. The mountains were a shockingly deep shade of green. 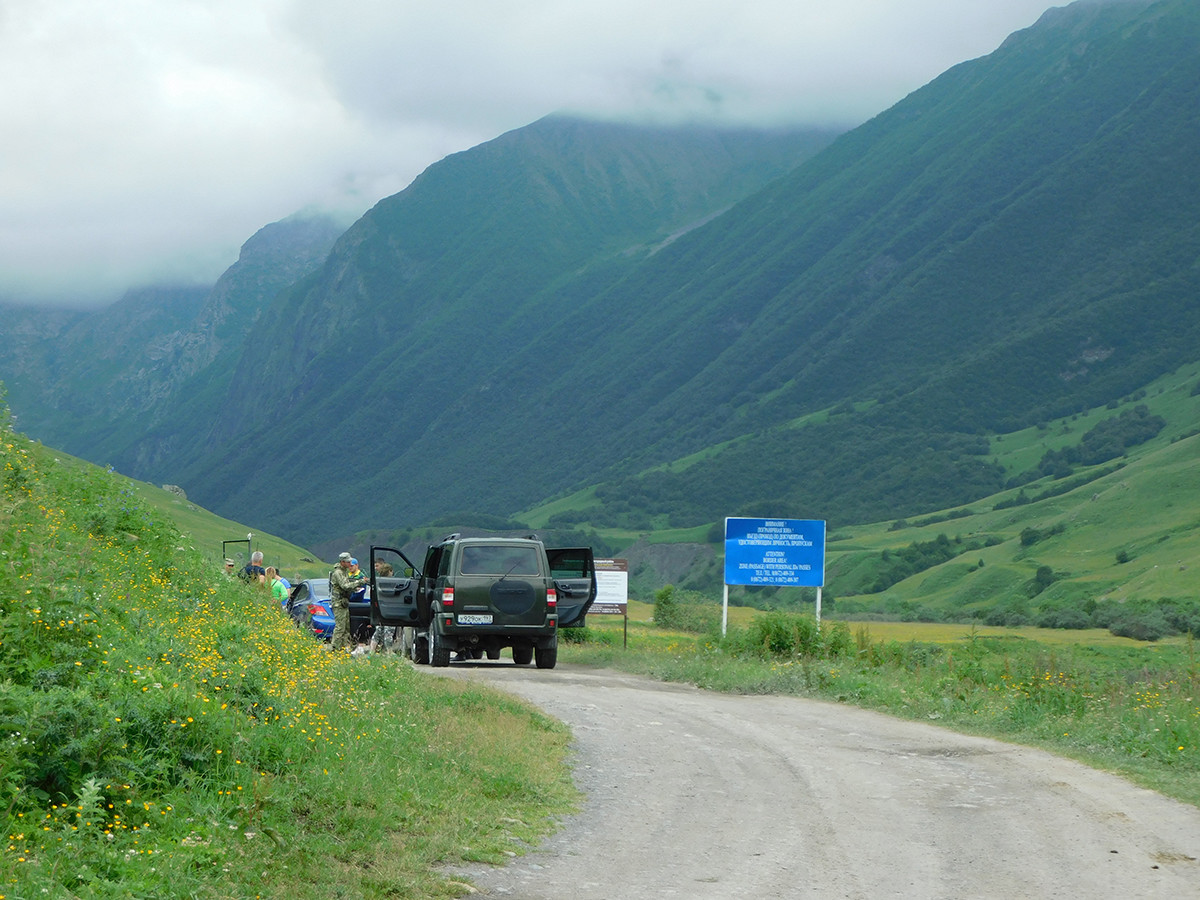 The border zone in the North Ossetia, Caucasus

Then a man in uniform pulled us over and asked for our passports. Seeing my foreign documents, he asked where I was going.

“To Georgia,” I said, hoping there weren’t going to be any problems.

“Not stopping along the way?”

“This is a border zone.”

No, we’re not talking about the surreal ‘Zone’ in Andrei Tarkovsky’s Stalker. We’re talking about border zones, which are the remnant of a complicated past. Movement within the Soviet Union was controlled – citizens had internal passports and a registration regime that directed people to live in certain cities or regions. There were decades where travel abroad was heavily regulated and the areas close to the border were monitored just as closely. To enter, you had to apply for a pass from the KGB (or the FSB today) and wait for approval.

The first border zone, where Poland met the Baltic states (then part of the USSR), stretched from 7.5 to 90 kilometers inside the country, restricting movement within a huge piece of land. These policies spread to other Soviet borders, but when the USSR collapsed there was confusion over how to create new zones that made sense in the newly-created Russian Federation. 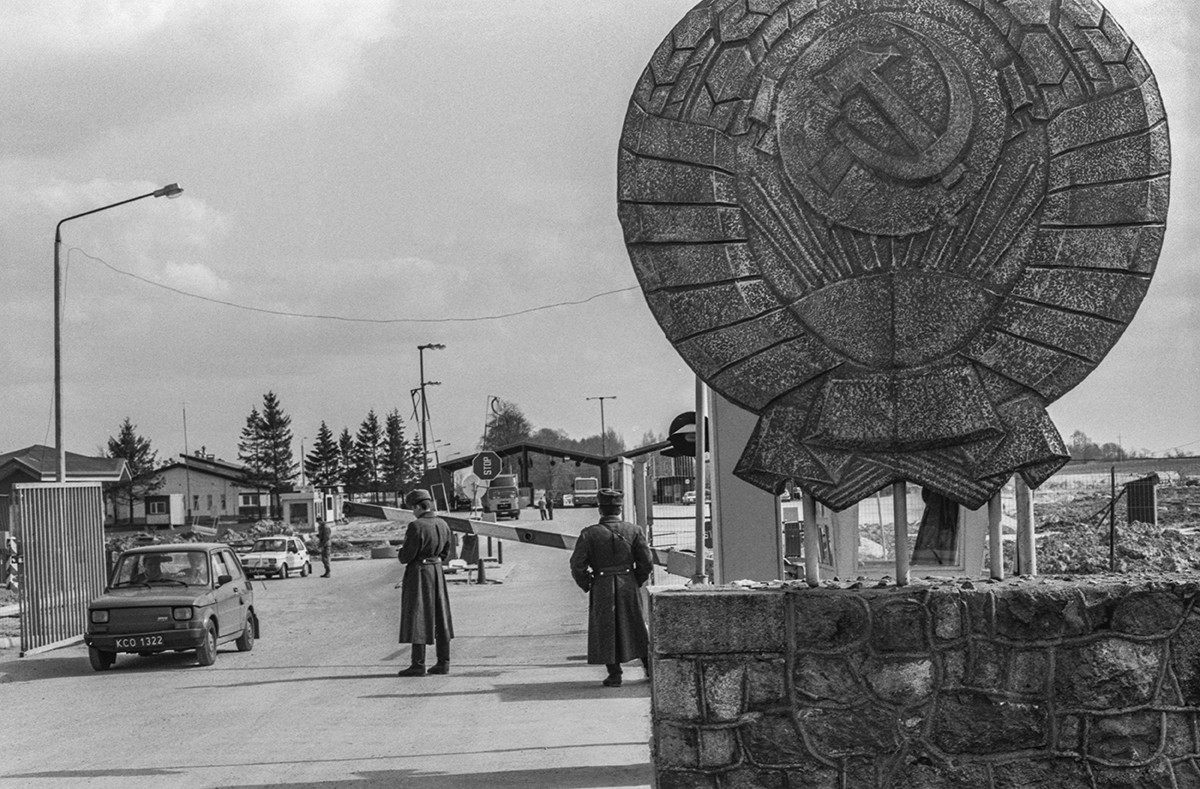 Border between Poland and the USSR in Bagrationovsk, Kaliningrad region, early 1990s

A new law was passed in 1993 that limited these zones to 5 km away from the border, but in some regions the FSB worked with local authorities and expanded them to cover greater distances. In many cases, the entire district that touches the border is off-limits to foreigners without a permit. The 5 km line still exists and even Russian citizens need a permit to enter it.

When I get stopped by the border police on my way through the 5 km line, I’m typically asked if I’m going all the way across. I’m from Canada and foreigners like me don’t need a pass to leave Russia, but I can be turned away if there’s any indication that I’m heading to the area for tourism.

But are these rules applied strictly in all regions? Are there any differences in places where there’s a lot of border traffic? And what happens when there are entire towns (or famous tourist sites) within the zone?

The answer: “It depends.”

I do a lot of travelling across Russia and when people ask about my experience with border zones, I think about three places in particular.

The first is Ivangorod on the Russian-Estonian border – it’s a stop on the route from Saint Petersburg, where I live, to Estonia in the European Union. It’s a small city of 11,000 people and the border sees lots of traffic from ethnic Russians living in the Baltic state. 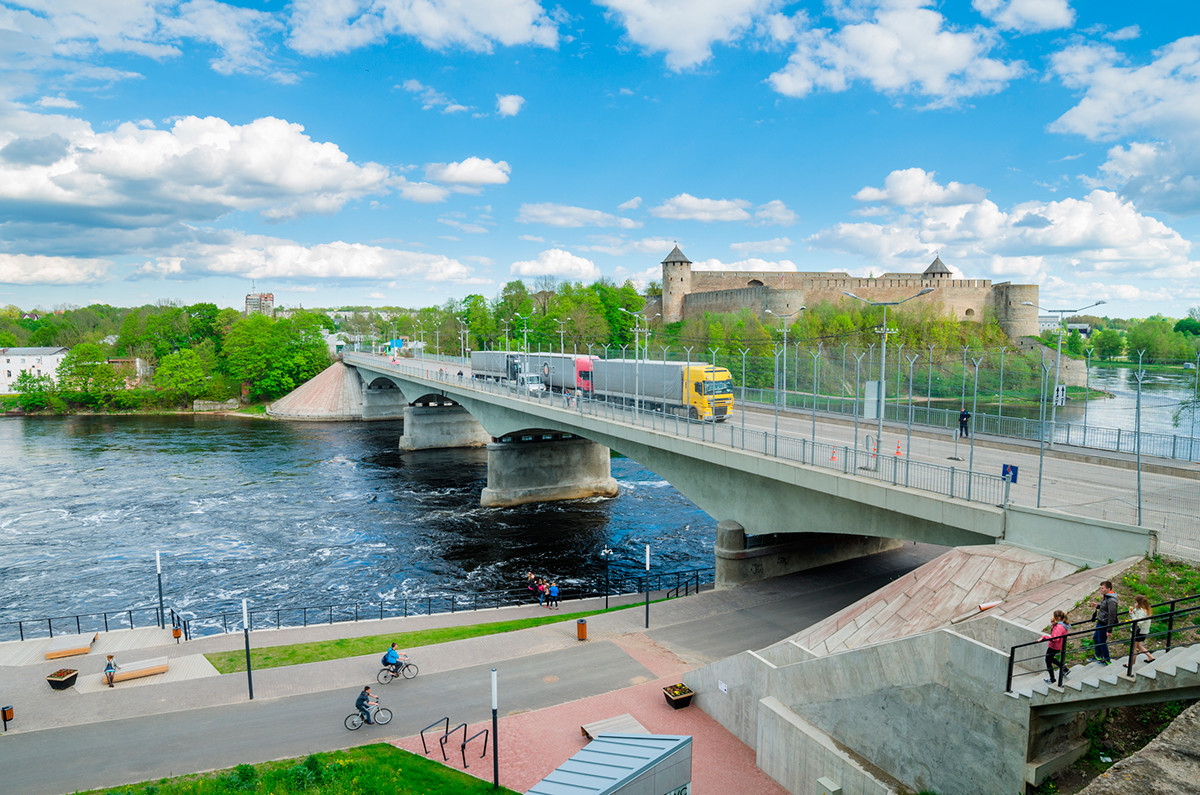 Plenty of people go through customs loaded up with products, pass them off to someone on the other side and then go back. Plenty more come (from either direction) to look at the famous fortress. Foreigners sometimes get stopped to ask if they’re going all the way through, but often no one asks anything at all.

Read more: Getting back home to Russia: The 2020 edition

The second zone is the Caucasus, a mountain range that forms a natural border between Russia and Georgia and separates the area into the North and South Caucasus regions. That means that some of the most beautiful sights, the ones closest to the peaks, are literally on top of the border. Since crossing over into Georgia (or Azerbaijan, if you’re in Russia's republic of Dagestan) is incredibly complicated without mountaineering equipment, the 5 km rule is less strictly applied. 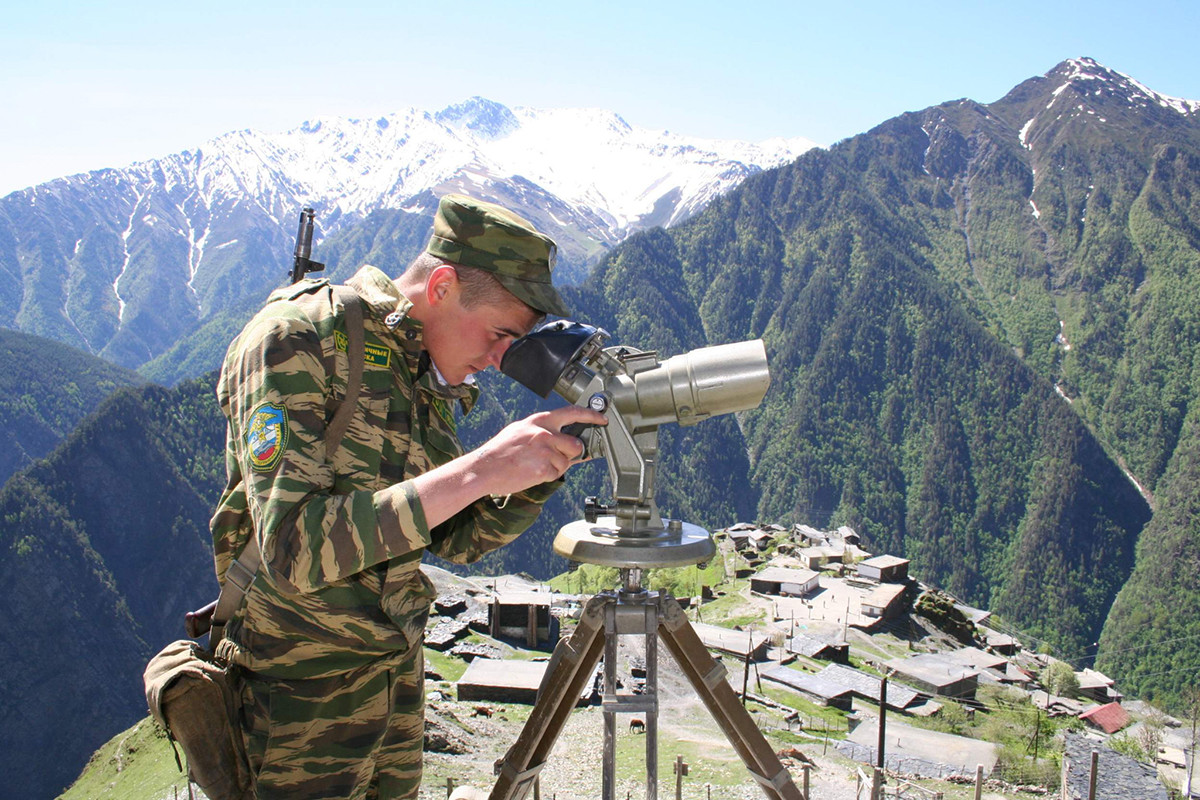 A frontier post in Khushet village on the Russian-Georgian border.

If it was, foreigners wouldn’t be able to go to Mount Elbrus, the tallest mountain in Europe (and a huge source of local income), because the road there runs within the 5 km line. But, in other places with more accessible passes or waterfalls, you’ll be asked to present your permit or head to regional capitals like Vladikavkaz to get one.

The third zone is the Altai republic. I was hitchhiking through it in the summer of 2020, because it was one of the only (and safest) places open during the COVID-19 pandemic. 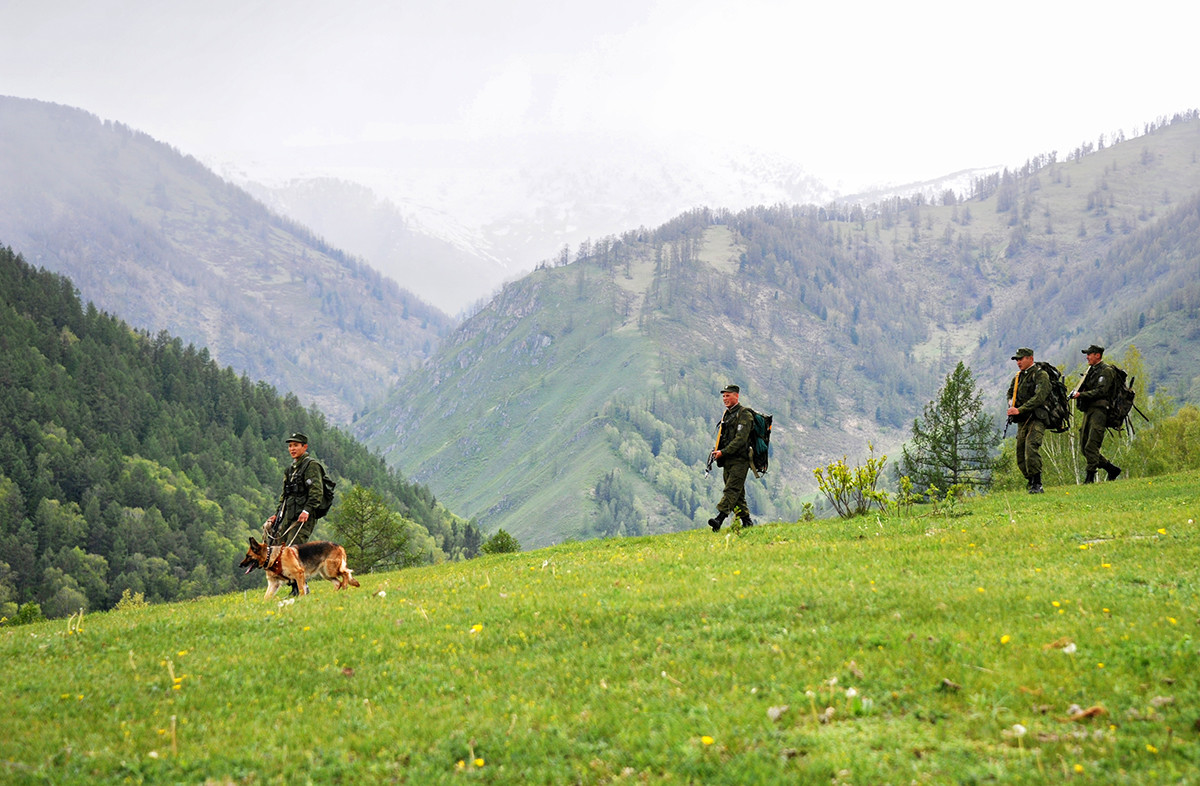 I took a detour to go see Belukha, one of the tallest mountains in Siberia – Belukha is within the 5 km zone, but I didn’t plan on getting that close. However, when I was still hours away, I was stopped by the border police. They said I had already entered the zone and needed to visit the FSB office in nearby Ust-Koksa for an interview. The closest border, with Kazakhstan to the west, was over 50 km away.

Read more: The Altai Republic: How to get off the beaten track

As it turns out, the confluence of the Kazakh, Chinese and Mongolian borders merited a special case, where the entire Ust-Koksa region was considered a border zone. There were no signs to this effect and the first person who told me was the officer who gave me the ticket for my interview. 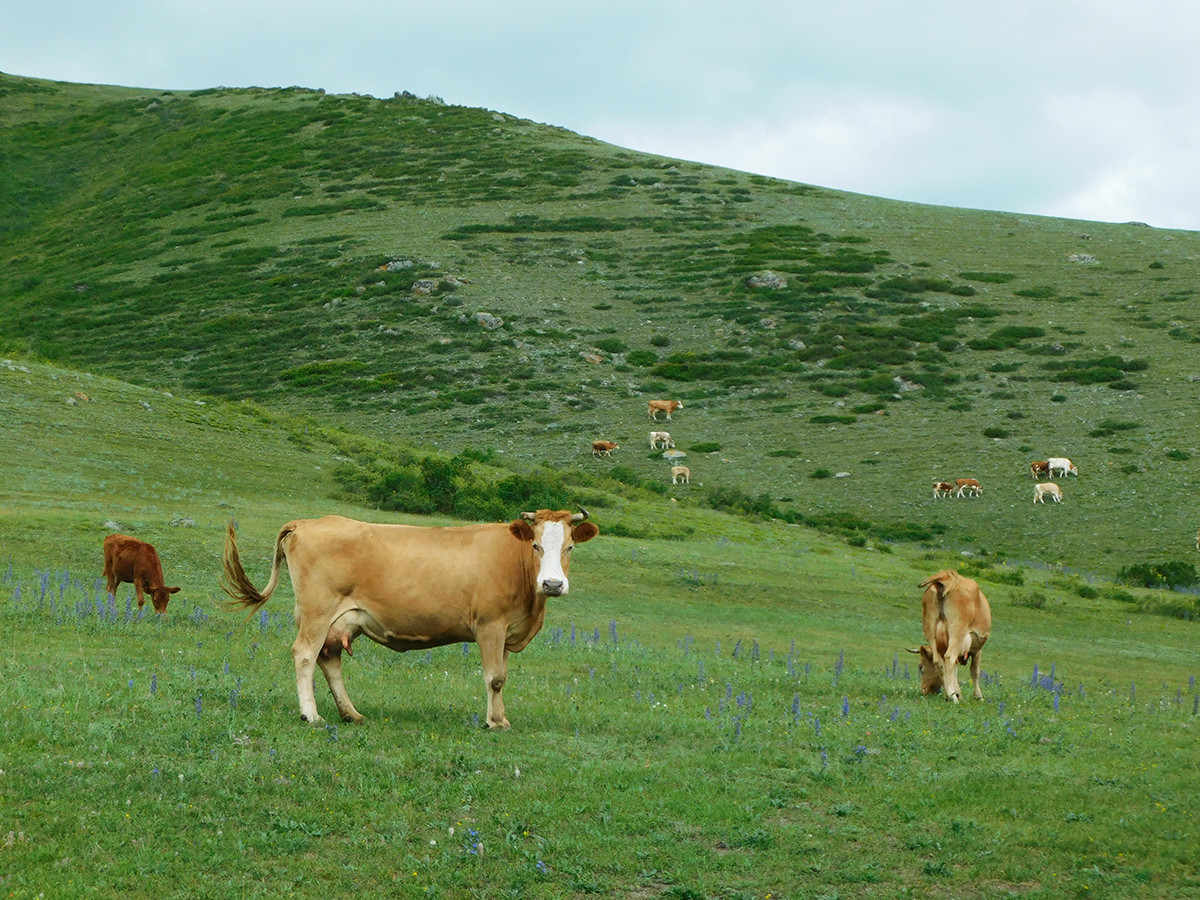 What travellers can do

I survived my interview with the FSB (I’m happy to report) and I came out with a few insights.

First, and possibly most frustrating, is that there is no one-stop resource that travellers can use to figure out which border rules are applied in which zones. And even if there was, the regulations might not be applied consistently. There may be few indicators that you will be coming close to a restricted area until you’re actually inside it, so you’ll have to do the research yourself if you’re looking to explore areas close to the border. 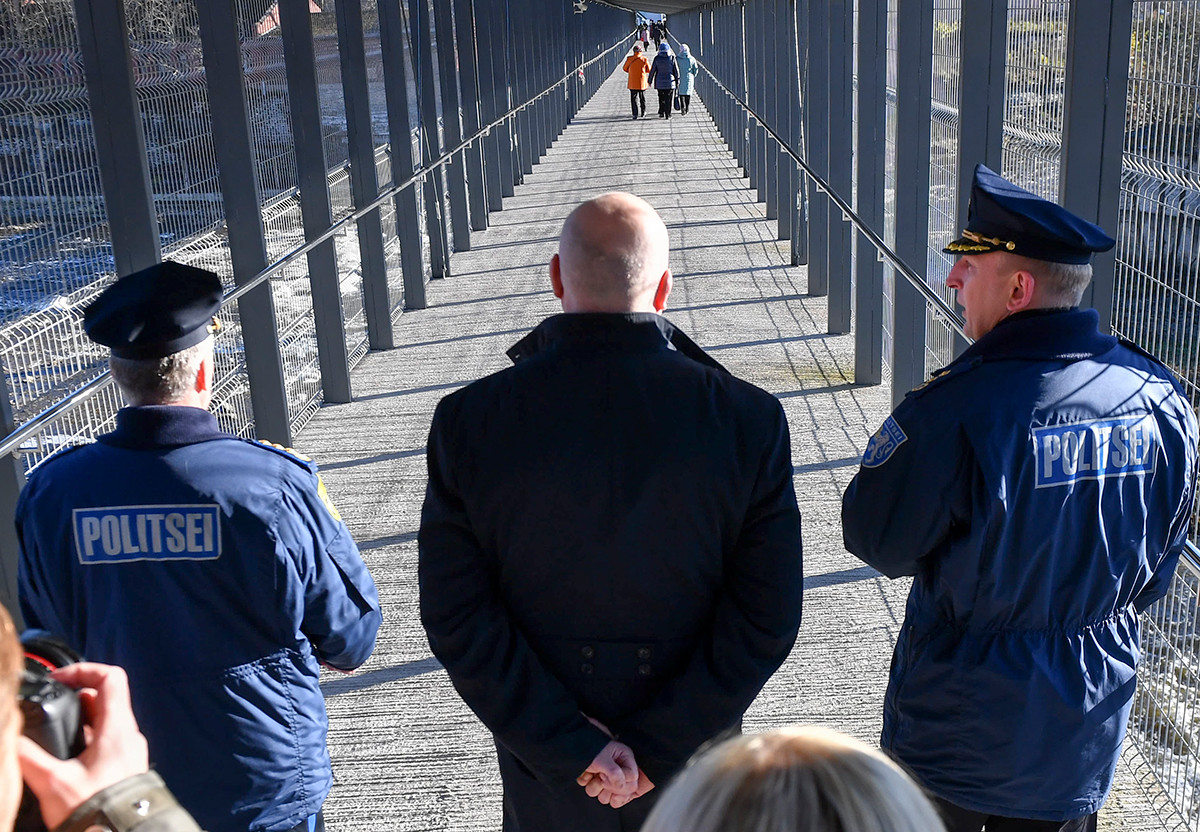 Next, be aware that sometimes the restricted area is limited to 5 km and other times it’s the whole district (район [rayon] in Russian). This isn’t as big of a deal in the European part of Russia, since districts are usually small. In the Ural, Siberian or Far East regions, though, districts can be larger than some European countries. Before leaving home, check to see if any sites you plan on visiting are within a border district and check to see what the local rules are.

Third, check in with tourist agencies that specialize in the regions you’re set on visiting. You can try to get border permits through the local FSB office on your own (contact them online first and then see what their regulations are), but unless you have some experience and speak fluent Russian, it can be a headache. Tourist companies have a longstanding relationship with the border patrol and they often can get you a pass in a short period of time – for a fee, of course.

But all this red tape shouldn’t stop you – some of the coolest places in Russia are nestled right along the border, and with a bit of luck and preparation you’ll have everything you need to keep on exploring.