How a local ‘Disneyland’ appeared in the Russian industrial countryside (PHOTOS) 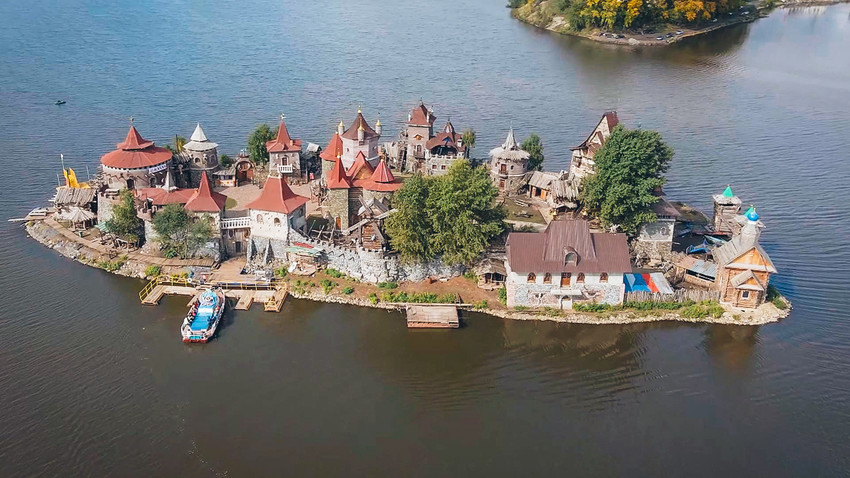 ZA PREDELAMI/Youtube.com
A local businessman transformed the outskirts of the small industrial town of Satka into a massive theme park reminiscent of Disneyland. And all in honor of his granddaughter!

1. Can you imagine a small industrial town far away from Moscow, deep in the countryside of the Urals? Probably sounds depressing… But a local businessman decided to break the usual stereotypes by building a veritable Disneyland, complete with a pirate ship, a knight's castle, water slides, fairytale characters from children’s books and all sorts of other amazing things. The Sonkina Laguna (Sonya’s Lagoon) amusement park has become one of the most famous sites in the region and attracts both adults and children from all over the Urals.

2. This park is located on the outskirts of Satka (around 180 km from Chelyabinsk). The city was founded in the mid-18th century at an iron plant and today is a center of production for magnesia products. With a population of 40,000, it’s certainly not the largest monotown in Russia, which is why it is even more surprising to find a massive amusement park here.

3. The amusement park was built by local entrepreneur Yuri Kitov and named after his granddaughter, Sonya. He came up with the idea and design of Laguna himself, and even wrote the humorous inscriptions that you will find all over the park. It wasn’t long before more and more tourists began coming to Satka.

4. “I haven't seen anything like it in the Urals," one visitor wrote. “I was pleasantly surprised by the fabulous atmosphere. It is clear that it was made with soul and a qualitative approach to the idea. I would like to thank the creators for such a cool project. You delight not only children, but also adults.”

5. Sonkina Laguna is a large entertainment complex that consists of attractions and various activities on the shore, along with an island that is designed like a medieval fortress and can be reached by ferry. The owner also gave it a funny name: "Eagle's Hollow."

6. On the landside part of the park, there is a sandy beach with aquatic attractions, a BBQ area (generally a favorite activity of many Russians) and a restaurant with a viewing deck.

7. There is also a stone castle, a lighted fountain, pavilions in the form of bungalows, a windmill, a pirate pier, a suspension bridge and a wooden church.

8. Of course, you will also find a variety of swings and carousels for children and adults. If a child wants to feel like a submariner, they can go down into a mini replica of a submarine and "shoot” its guns.

9. There are many animals walking around freely on Eagle's Hollow island, including chickens, rabbits, goats and mini pigs. Tourists can feed and pet them if the animals are in the mood to mingle with visitors. “On this island, you feel like you're in a computer game," one visitor writes.

10. Meanwhile, adults can enjoy a floating Russian banya, BBQ and Ural sunsets. You can even stay overnight and book a room in the castle. Everything in the rooms is historically stylized down to the smallest details as well.