The most BEAUTIFUL village in the Russian North (PHOTOS) 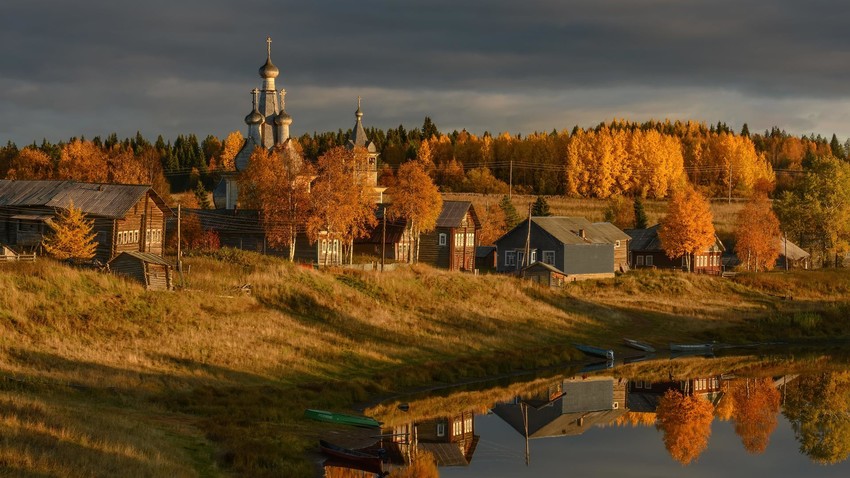 Maxim Evdokimov
Old peasant houses hundreds of years old, windmills, an authentic church, a land of warlocks - welcome to Kimzha, the most beautiful village on the Arctic border.

The village of Kimzha stands on a tall shore at the meeting of two rivers - the Mezen and Kimzha. The first year-round road to this palace appeared only in 2008, with people previously having to reach the remote village by air or water. Short summers, long, harsh winters and untraversable roads only made things worse. Kimzha has managed to retain its primordial state - that of a picturesque museum, a monument to the days of the old, with their antiquated wooden architecture. 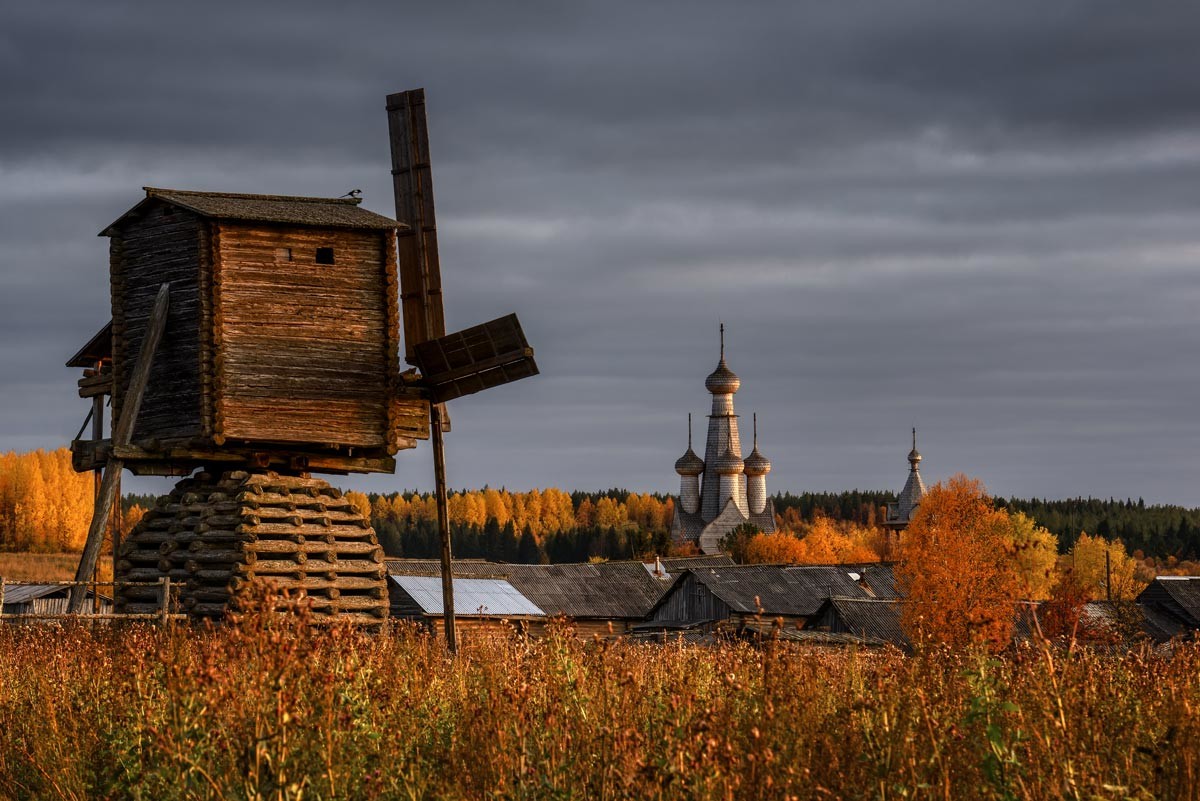 The journey from Moscow is 1,574 kilometers long. First accounts of Kimzha date back to 16th century manuscripts. The village’s brightest years are considered to be the 1920s, when it had a population of 760. Today, the number is barely 100 - perhaps another 100 during the summer, when their relatives come to visit. 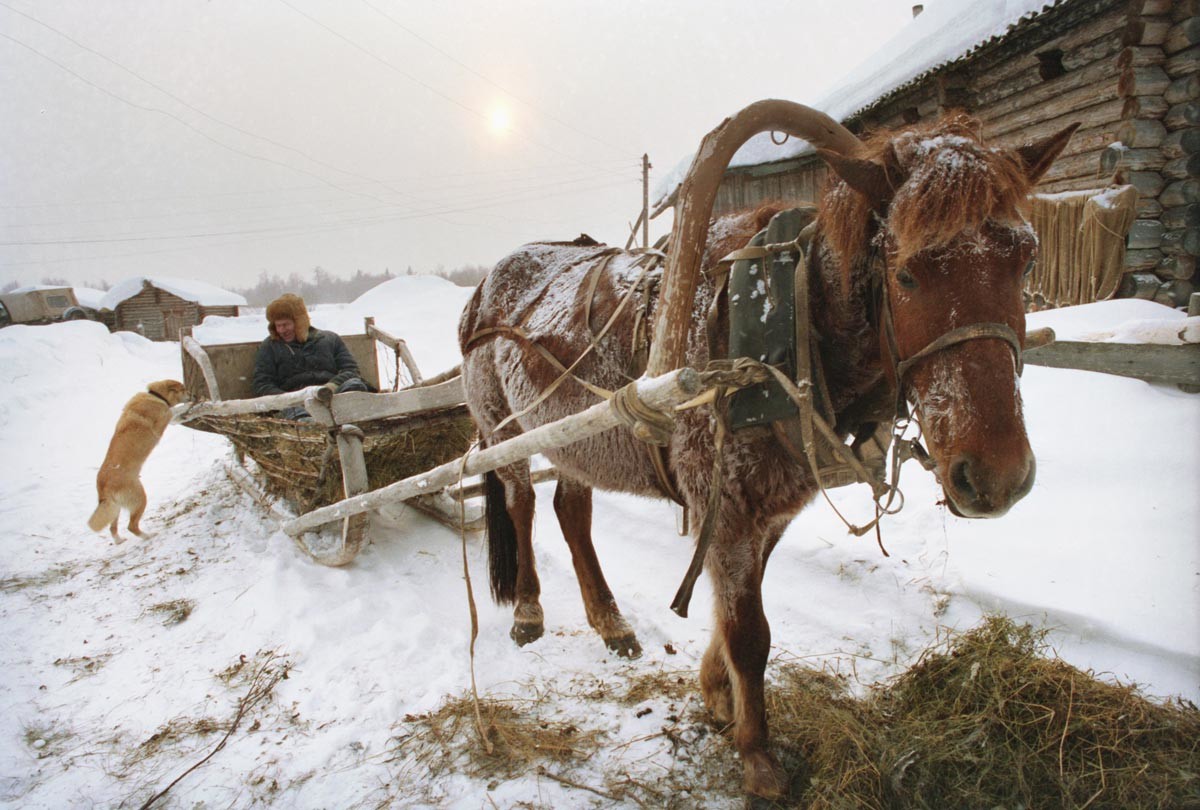 Kimzha was always popular in the north. It was primarily known for its copper mines: In the old days, they’d make bells for horses and various jewelry out of the metal. The other claim to fame was the inhabitants’ special reputation: neighboring villagers believed that Kimzhi residents possessed special powers, like the ‘evil eye’, the ability to inflict curses and bad luck on others. They were even given a special nickname for it - chernotropy, a compound word meaning “those who follow the dark path” (ie. sorcerers).

From the moment of its founding up to 1951, the village did not have its own cemetery. People would be buried according to their wishes, most often near their homes. 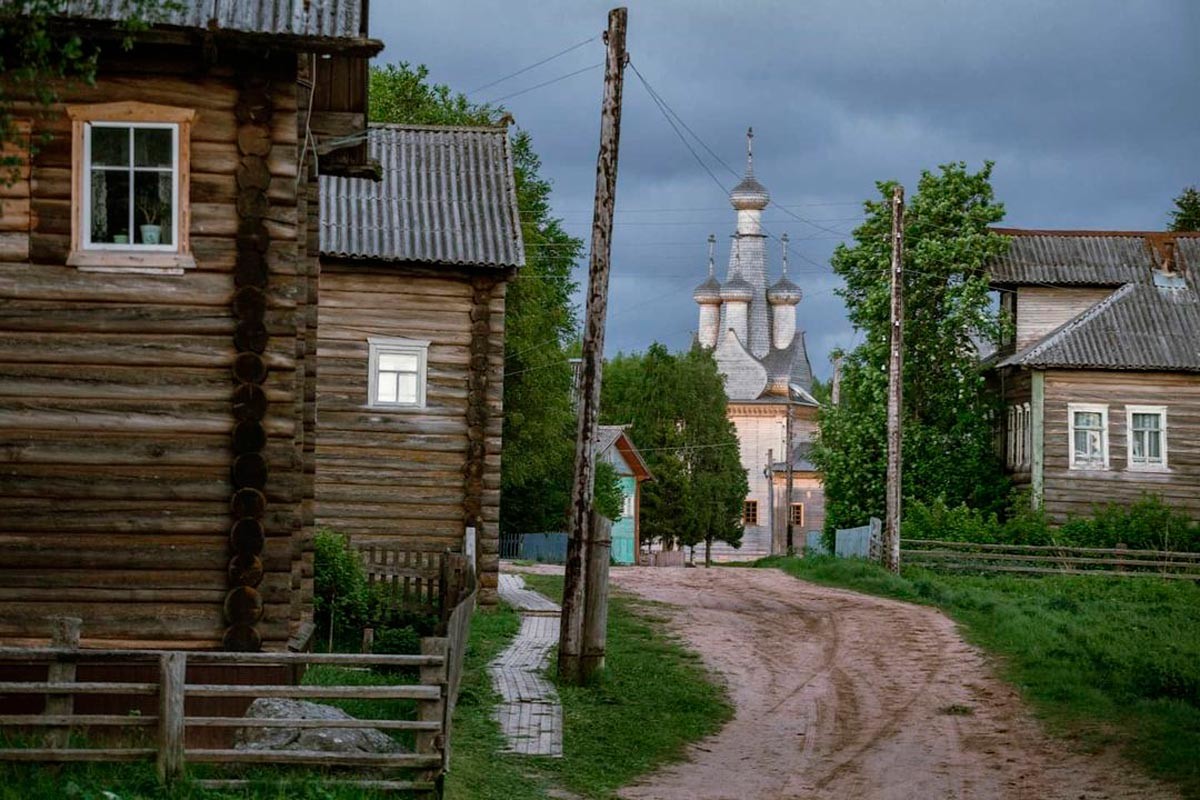 The small village still had three churches, however, two of which were built for Old Believers - those who have excommunicated themselves from the official Church and its teachings and been branded heretics for it. Kimzha was a safe haven for such people. Not all of them shared the same philosophies or strands, but they could coexist peacefully as neighbors.

The only church that has survived to this day is the Orthodox one - the ‘Odigitriyevskaya’, built entirely out of larch wood in 1763.

The village’s main landmark is a bright example of the Russian North’s architecture, located deep in the woods. 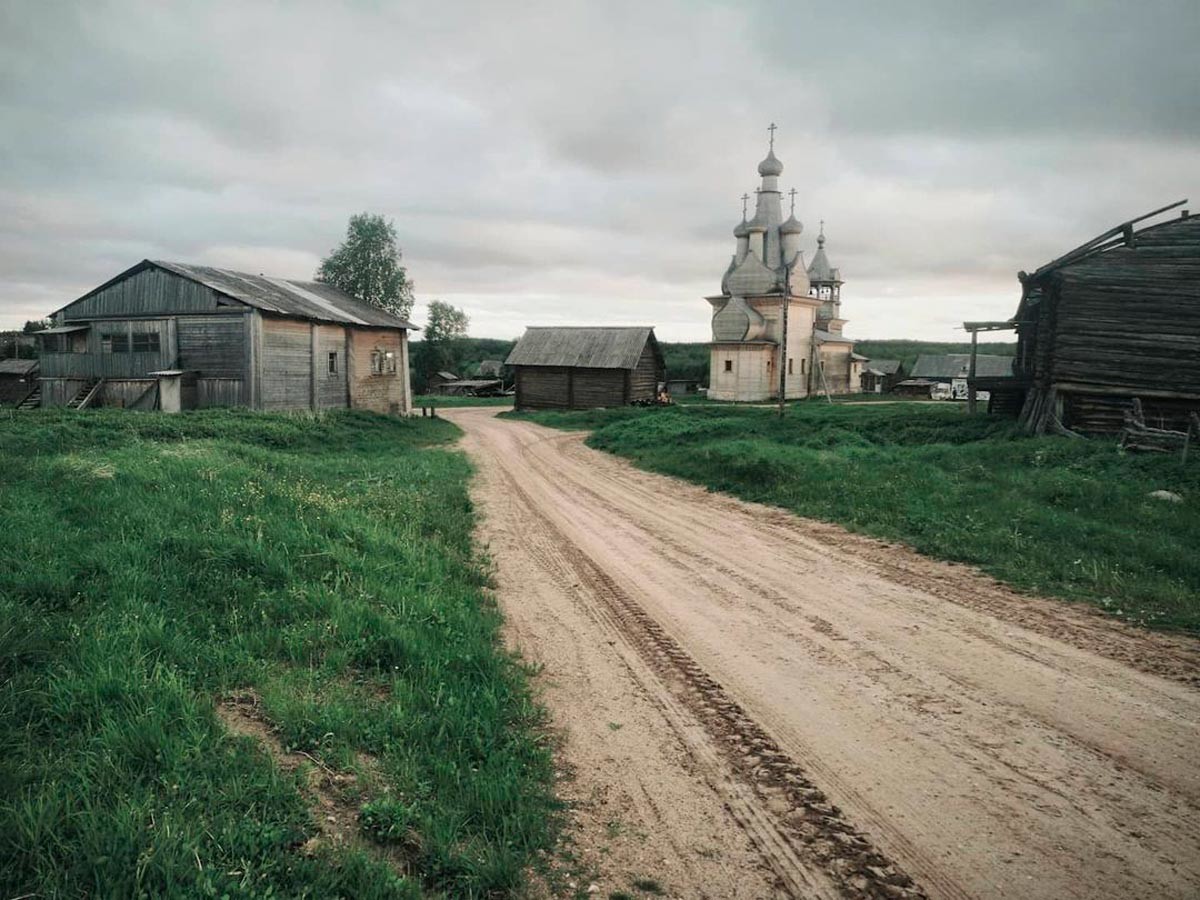 However, aside from this old church, some 70 buildings could easily be considered as embodiments of local heritage. All of them are more than a century old. They are sturdy wooden izbas, thanks to which Kimzha is visited by people from all over the country (you can even stay in one).

The village can be found in numerous travel guides, having received a new lease on life after being awarded the status of the most beautiful village in the Russian North - a title given to it in 2017 by the ‘Association of the Most Beautiful Villages of Russia’, which is under the patronage of the ‘World’ association of the same name. The status went a long way toward improving the lives of locals, as well. They received a financial grant, allowing them to transform one of the wooden houses into a museum, as well as host an international festival of windmills.

Kimzha was once famous for its wooden windmills - there were as many as ten, with only two remaining these days. They have the status of ‘the most northern in the world’.

One of them was also made into a museum, while the second one was restored with the help of Dutch experts, invited by the festival’s organizers, and is now functional. 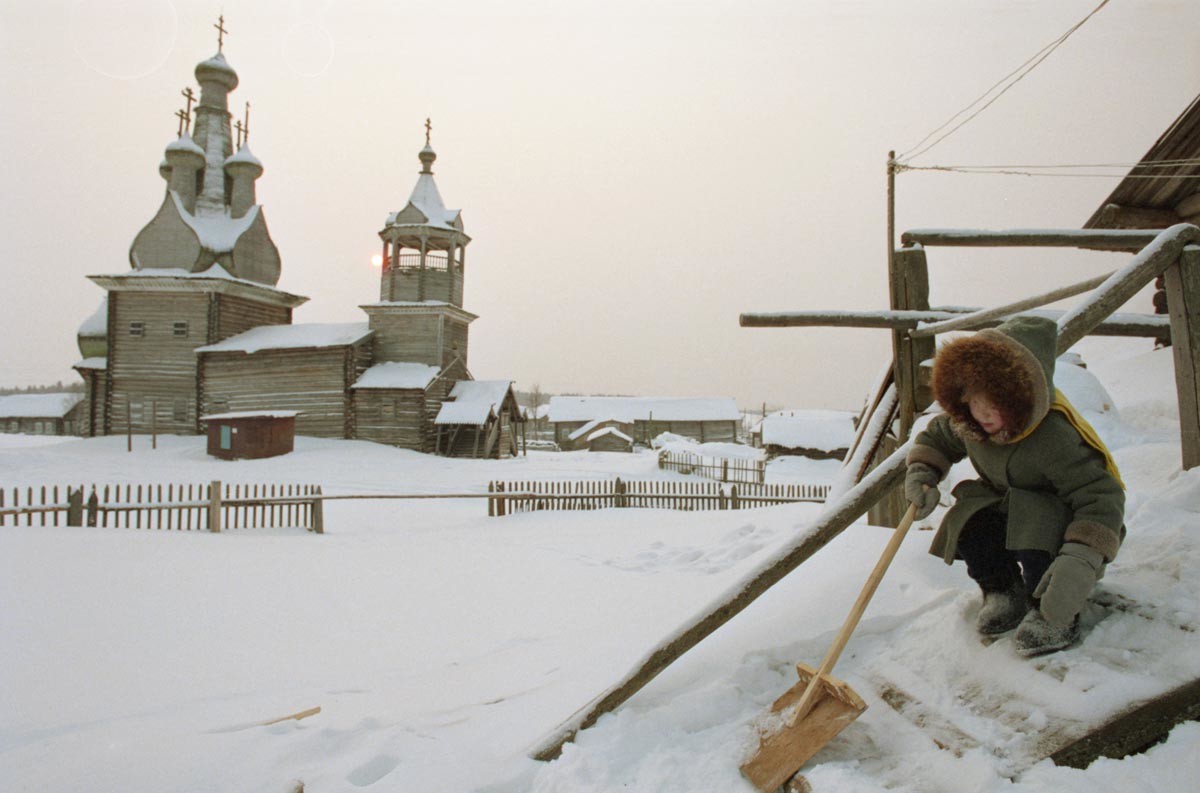 During the tourist season, one can see locals everywhere in traditional clothing, strutting about town. Children, meanwhile, are taught traditional arts and crafts, grow barley - “to see how it was done by our ancestors”; and complaints can frequently be heard: “We’d like for everyone to see how it was back in the old days, but half of all the izbas here are decorated with satellite dishes.” 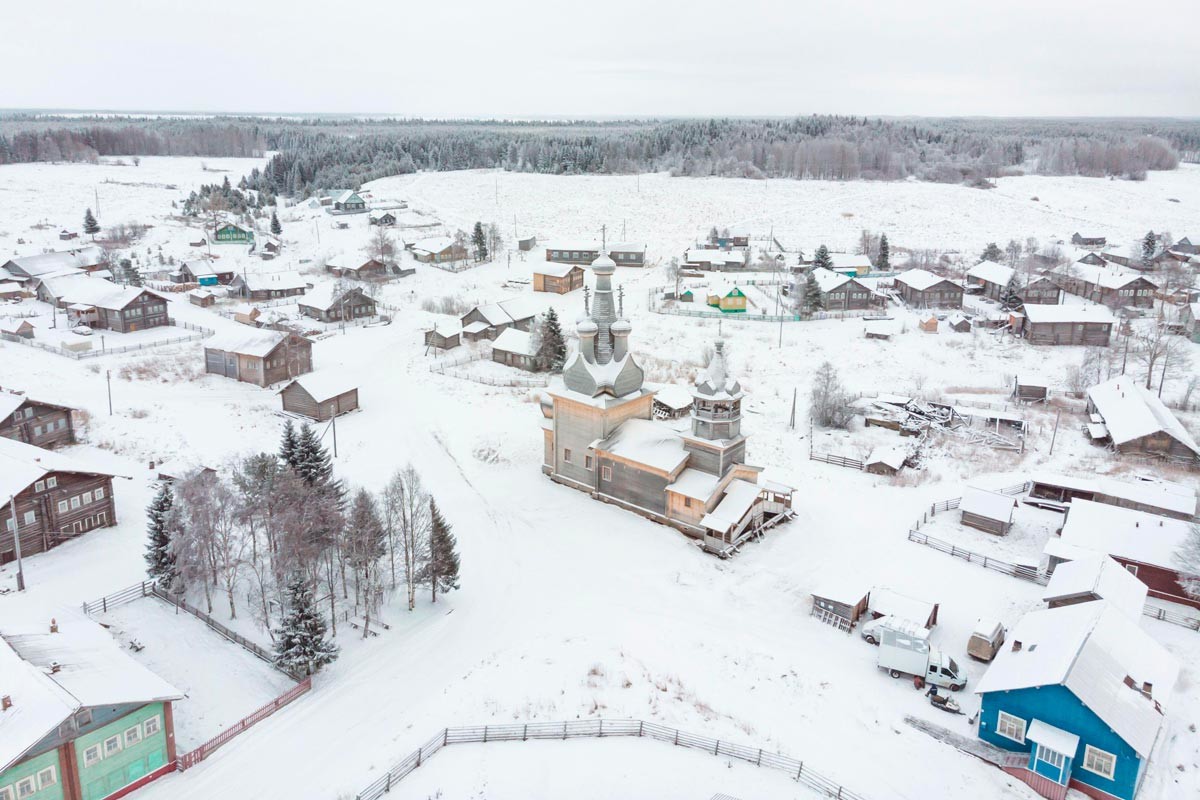 Even with the tourist onslaught, the locals did not abandon another enterprise that brings in a little money - although fraught with some danger. Not far from Kimzha lies the ‘Plesetsk’ cosmodrome (it’s been there since the 1960s) and rocket stages often fall out of the sky, straight into the nearby woods. For decades, locals from the village would collect this space trash and sell it for scrap, getting rid of the remaining rocket fuel - heptyl - that is extremely toxic. They then would make boats out of the lining of the stages. Apparently, not willing to admit (or simply being unaware of) the dangers, they like to give local river tours to visitors. They say the linings make very sturdy boats.