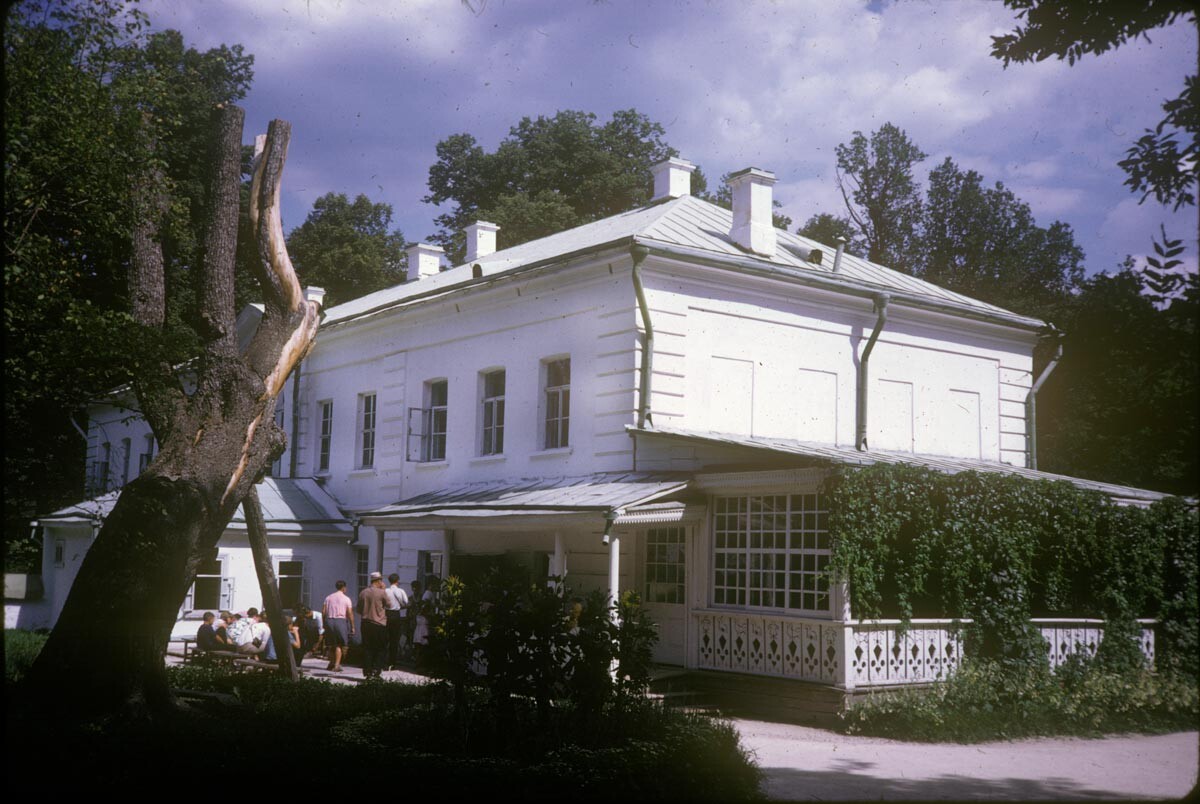 The estate of Yasnaya Polyana (“bright glade”) is universally linked to the life and work of Leo Tolstoy. He was born at the estate in 1828; it was where he wrote two of the defining works of world literature; and it is the place he left in haste on the trip that ended his life.

In May 1908, Russian chemist and photographer Sergey Prokudin-Gorsky took a series of evocative photographs at Yasnaya Polyana using his unique process for vivid, detailed color photography. My photographic record of Yasnaya Polyana began in July 1970 and continued over the next few decades. The first photographs I took there were among the earliest of my work in Russia. 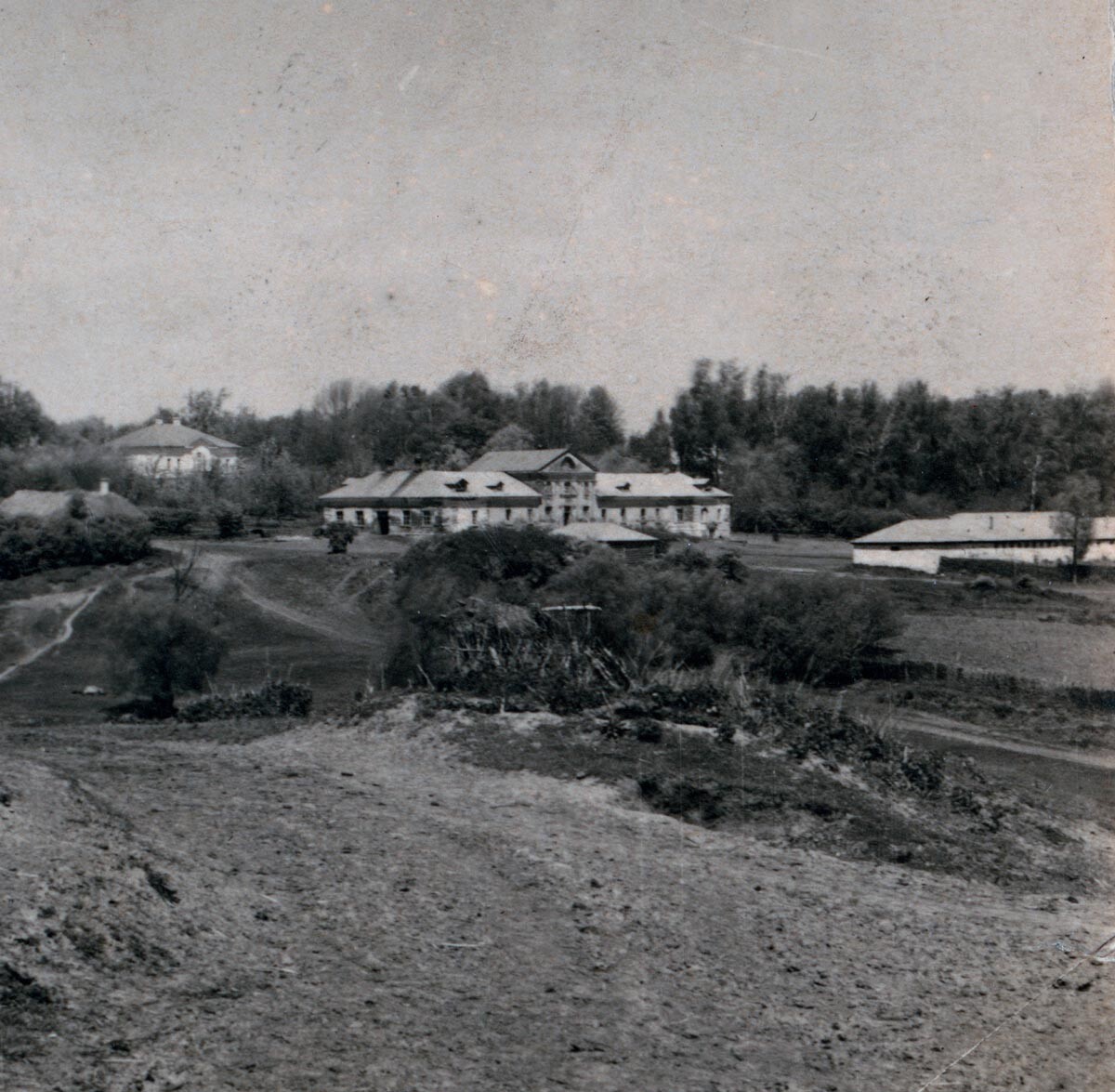 For Prokudin-Gorsky, as for so many other Russians, Tolstoy served as a beacon of justice at a time of immense challenges for the Russian Empire. Yasnaya Polyana, located just to the southwest of the city of Tula (115 miles from Moscow), became a pilgrimage site for Russians of all classes and for foreign visitors. 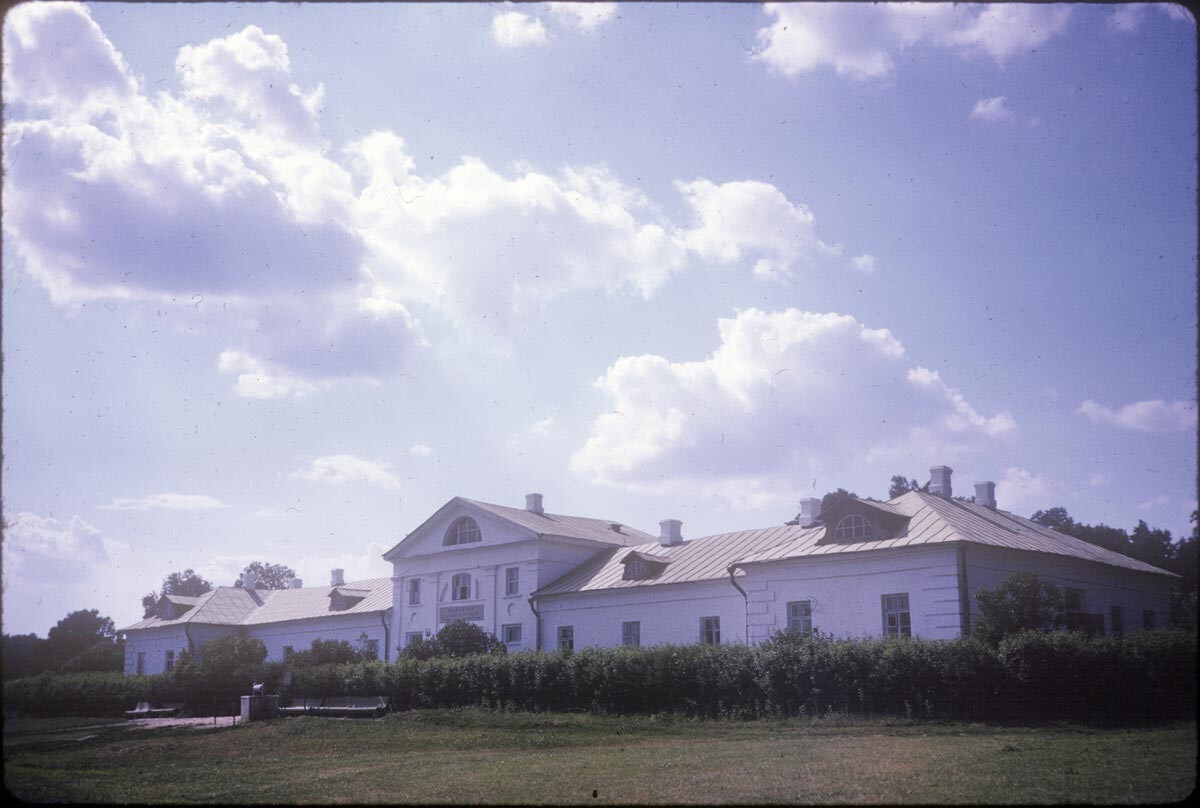 The earliest mention of the estate dates to the middle of the 17th century. At that time, the lands around it were held by the Kartsevs (or Karpovs), a noble clan responsible for maintaining a regional line of defense against Crimean Tatar raids from the south.

During the following century, the estate territory was divided among several different owners. Tolstoy himself was interested in the history of the estate and compiled notes on its early 18th-century owners — part of an unrealized project to write a historical novel set in the time of Peter the Great. 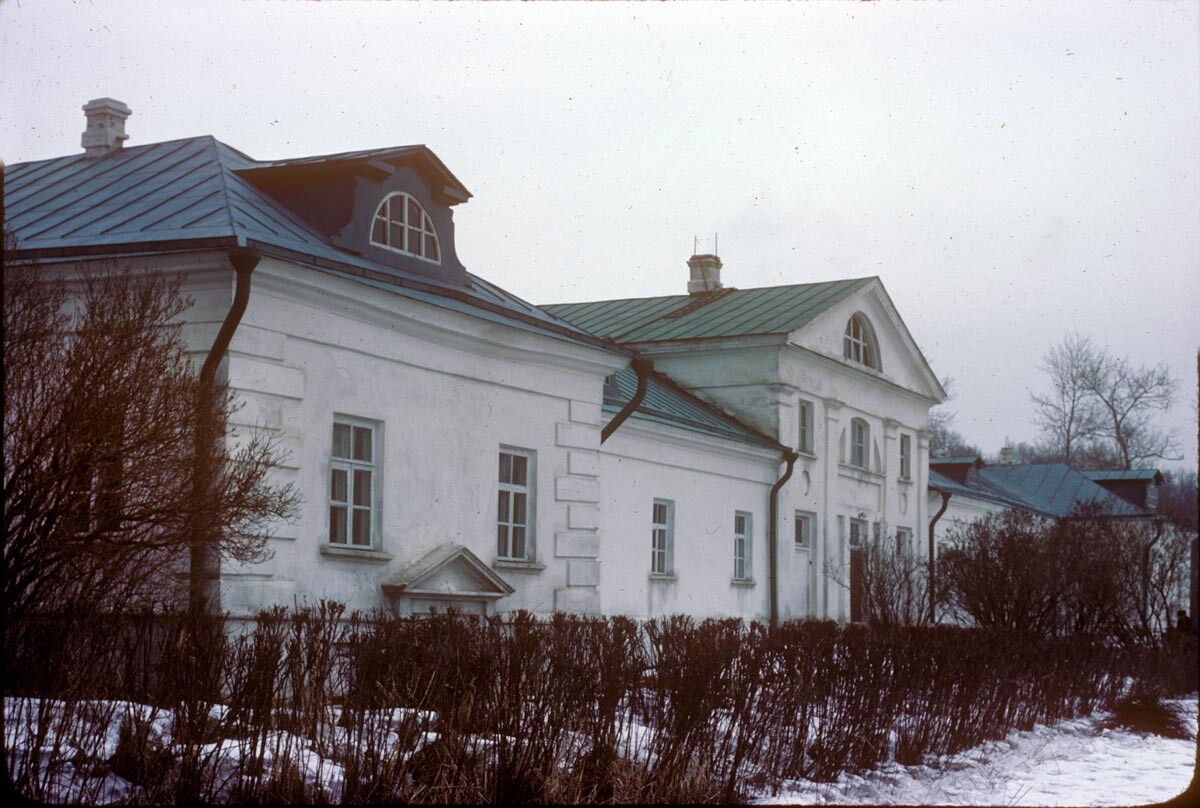 In 1763, part of the estate was purchased by Major General Sergey Volkonsky (1715-84), who continued to acquire adjacent holdings to expand the estate. His younger son, Nicholas Volkonsky (1753-1821), married Princess Catherine Trubetskaya and moved to Yasnaya Polyana in 1799. 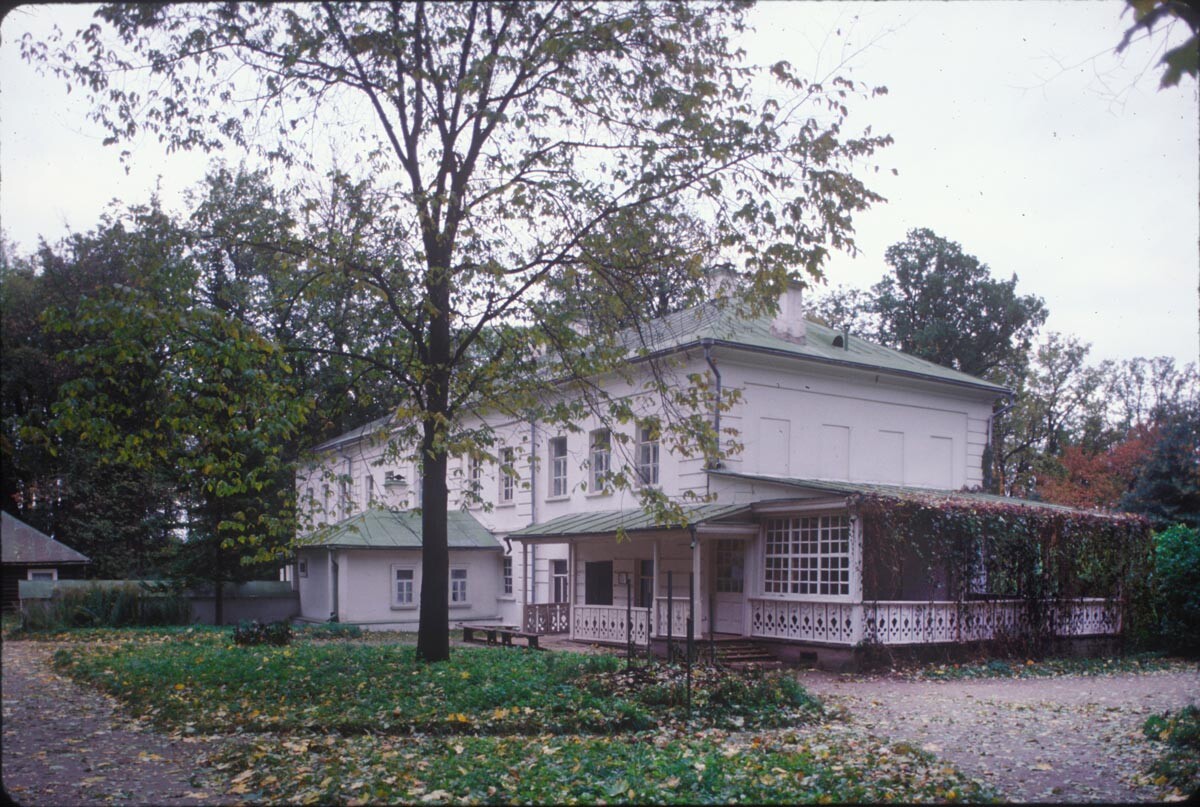 Leo (in Russian, Lev) was born on August 28 (O.S.) 1828, the fourth of five children. He lost both of his parents at an early age (his mother died when he was only two), but relatives saw to the well-being of the children, who moved between Yasnaya Polyana and Moscow.

Further deaths in the family led to his adoption by an aunt in Kazan, where the younger children moved in 1843. In 1844, Leo entered the distinguished university in Kazan but proved a desultory student. In 1847, he returned to Yasnaya Polyana, now his by inheritance, where he first encountered the intractable problems of serfdom. At this point, his literary creativity began to flourish. 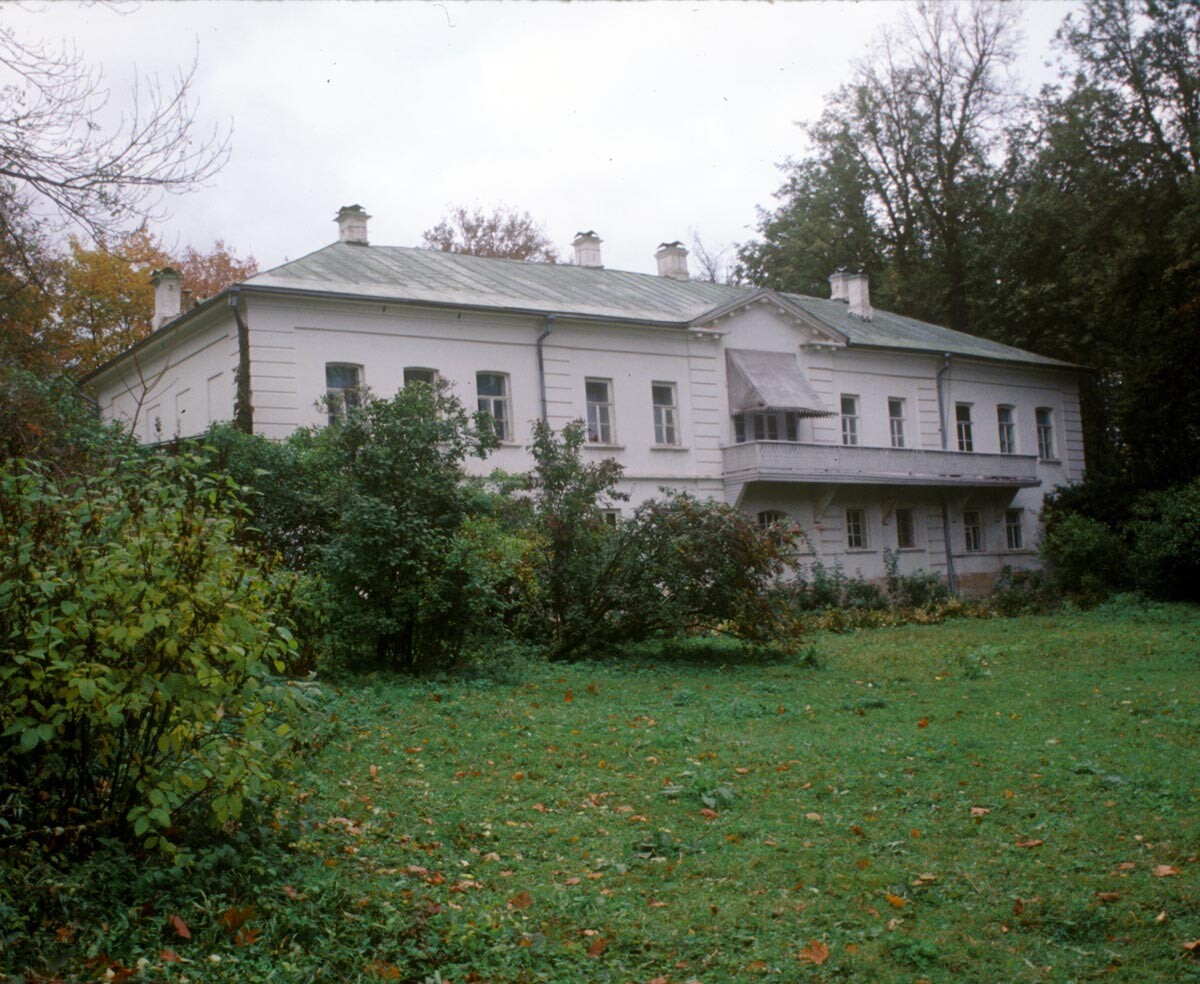 During this period, Tolstoy also made frequent trips to Moscow and St. Petersburg, where he developed a love for classical music and learned to play the piano. At the same time, he fell prey to gambling with cards and lost so heavily that he was compelled to sell part of the property at Yasnaya Polyana.

The call of home 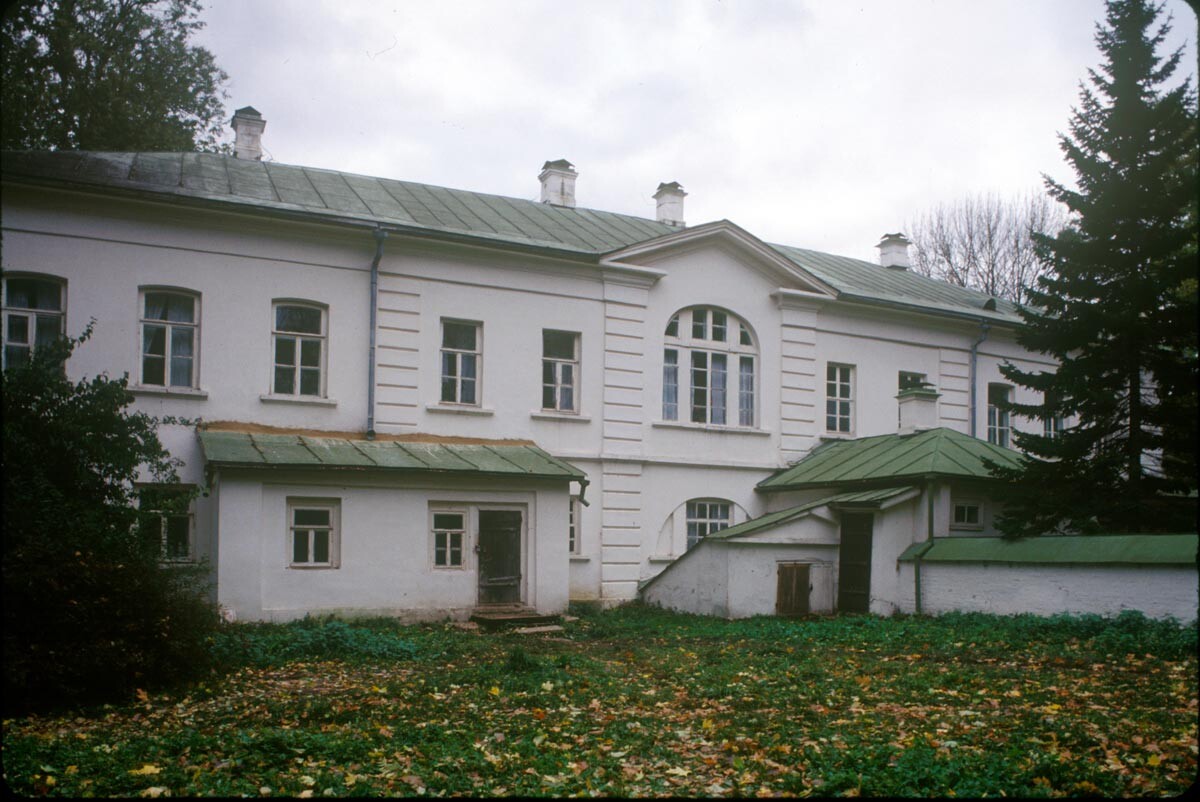 Heavily indebted, in 1851 Tolstoy decided to join his beloved elder brother Nicholas in the army, which was then involved in a prolonged military campaign against Islamic insurgents in the Caucasus. With the outbreak of the Crimean War in 1853, Tolstoy’s military service moved to a new front. He participated in a number of campaigns, including the siege of Sevastopol, which concluded with a bitter defeat in August 1855. 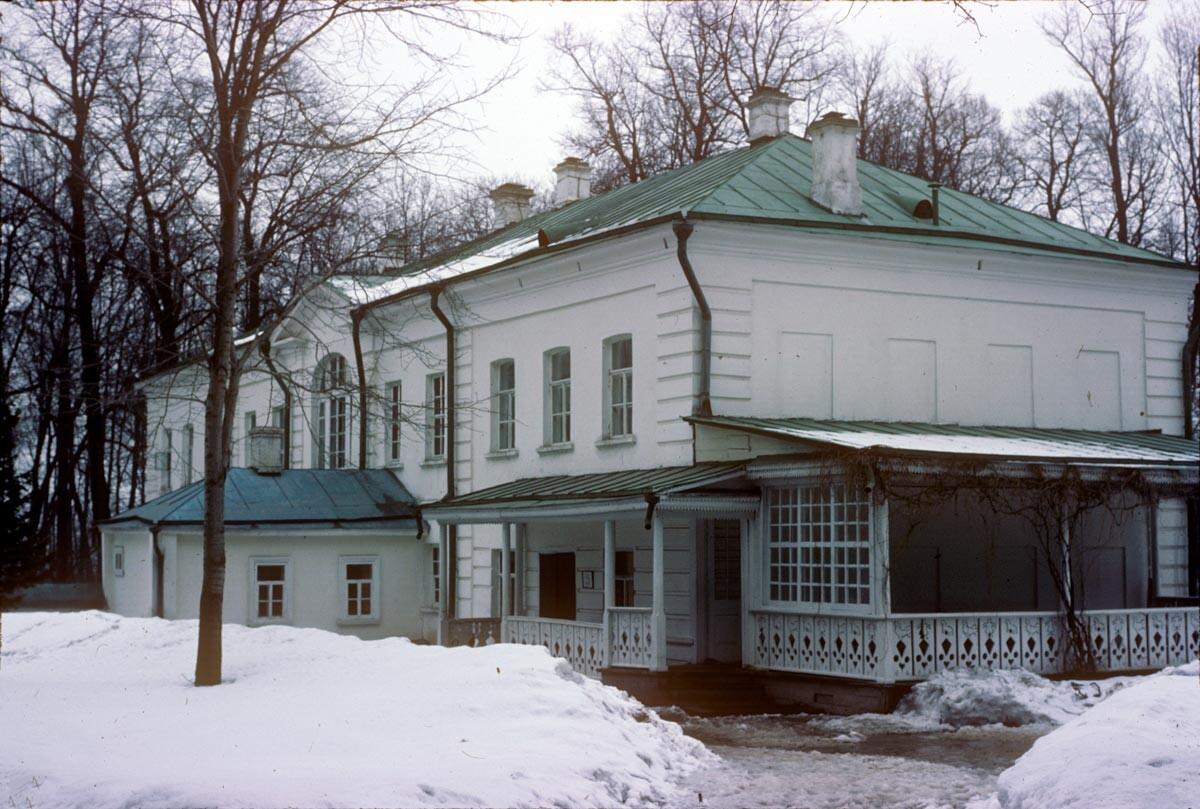 Following his military service, Tolstoy returned to Yasnaya Polyana, but divided his time between Moscow and St. Petersburg, where he was for a while lionized in literary circles for his growing body of published work. He also traveled extensively in Europe during 1857 and 1860-61.

Nonetheless, Yasnaya Polyana exerted a strong pull on him. As early as 1859, he became deeply involved in expanding educational opportunities for peasants and established a school at Yasnaya Polyana that was a kind of a pedagogical laboratory. 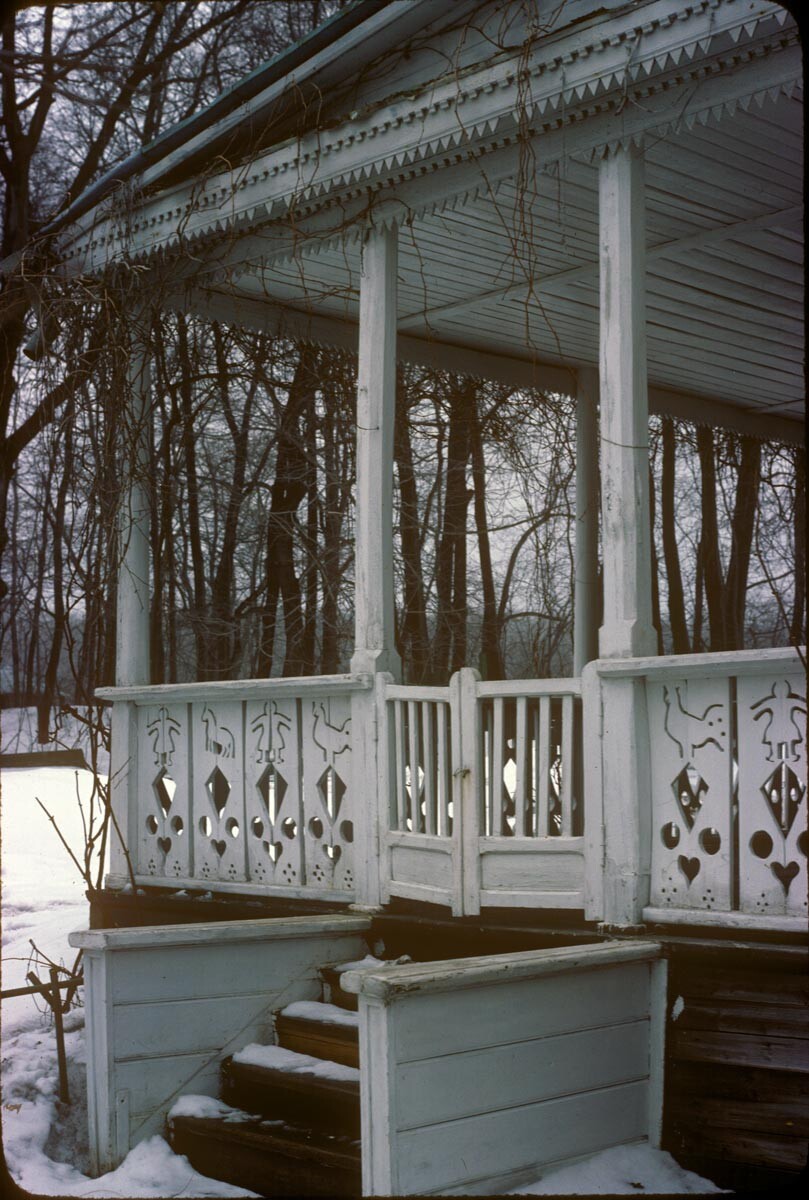 In May 1861, shortly after the liberation of the serfs, Tolstoy returned to the estate from Europe and plunged into the role of social activist, serving as an advocate for newly liberated peasants in legal disputes with the landowning nobility.

In September the following year, Tolstoy married Sofya (Sonya) Behrs, daughter of a prominent Moscow doctor descended from German nobility. She bore him 13 children, eight of whom lived to adulthood. 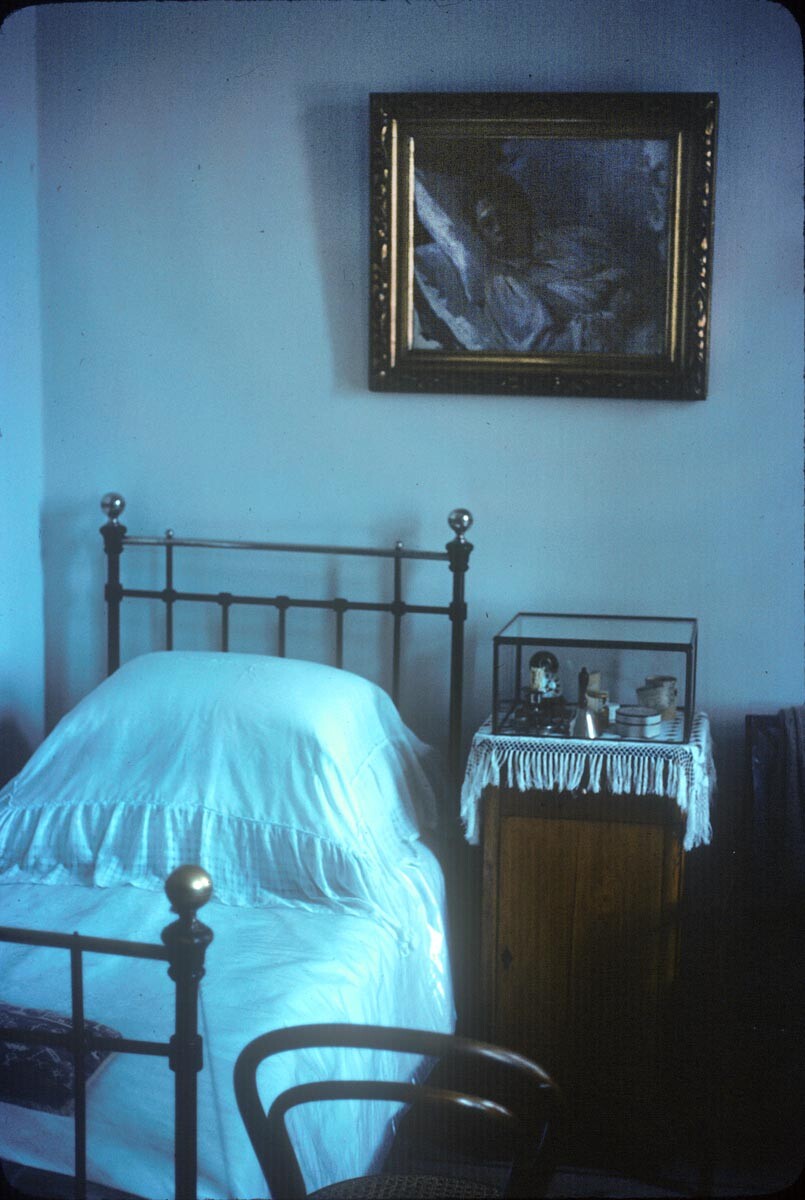 For a while during the 1860s, life at Yasnaya Polyana seemed something close to a gentry idyll. Both husband and wife were involved with intensive work on the novel War and Peace. (Sonya copied multiple drafts from beginning to end.)

Published serially between 1865 and 1869, the novel’s several parts were greeted by the public with increasing rapture. Tolstoy’s unsurpassed mastery of detail was drawn in no small part from a knowledge of his family ancestry and its relation to Yasnaya Polyana. 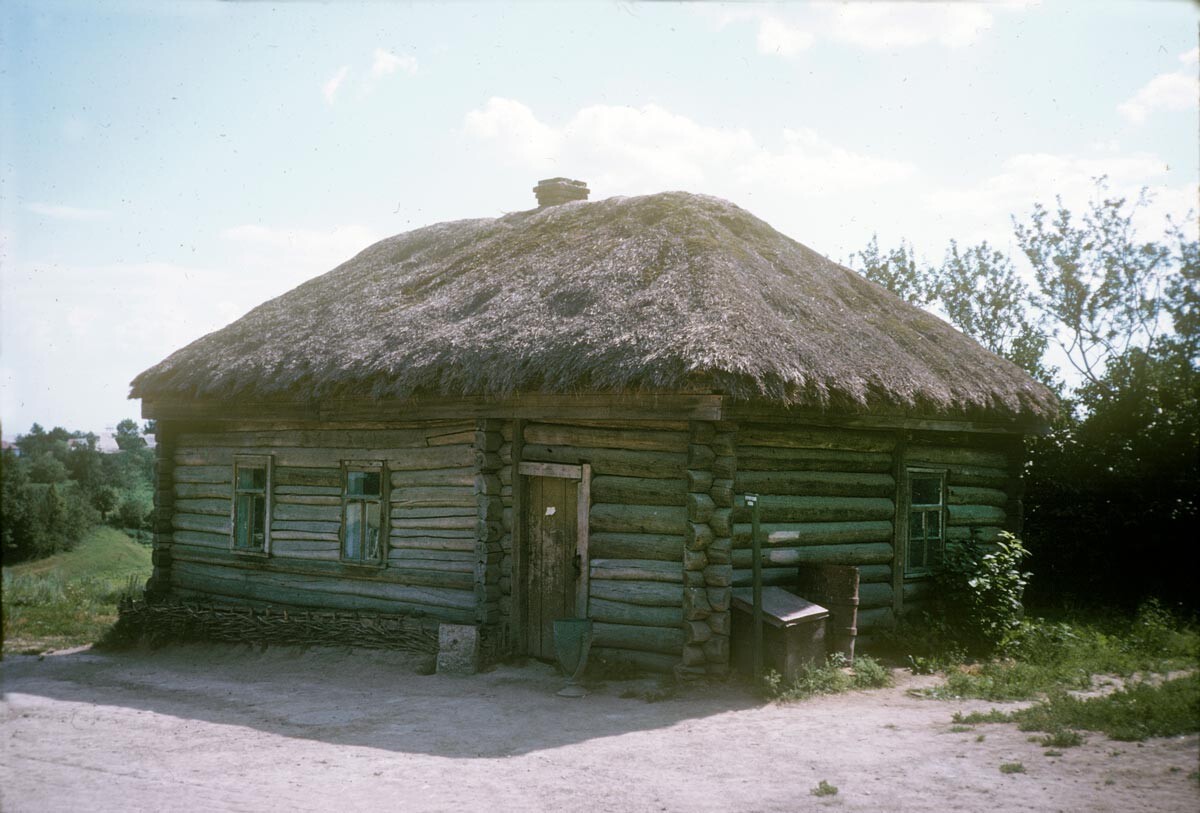 War and Peace was followed in the 1870s by another masterpiece, the novel Anna Karenina, first published in 1875-77. Although the heroine’s tragic fate unfolds primarily in Moscow and St. Petersburg, the counterpoint narrative of Levin and his wife Kitty takes place on an estate based on Yasnaya Polyana.

Yet despite the boundless acclaim and apparent devotion of a growing family, Tolstoy entered a period of depression and spiritual crisis that intensified in the 1880s. And his marriage to Sonya became marked by contentiousness and dissatisfaction. 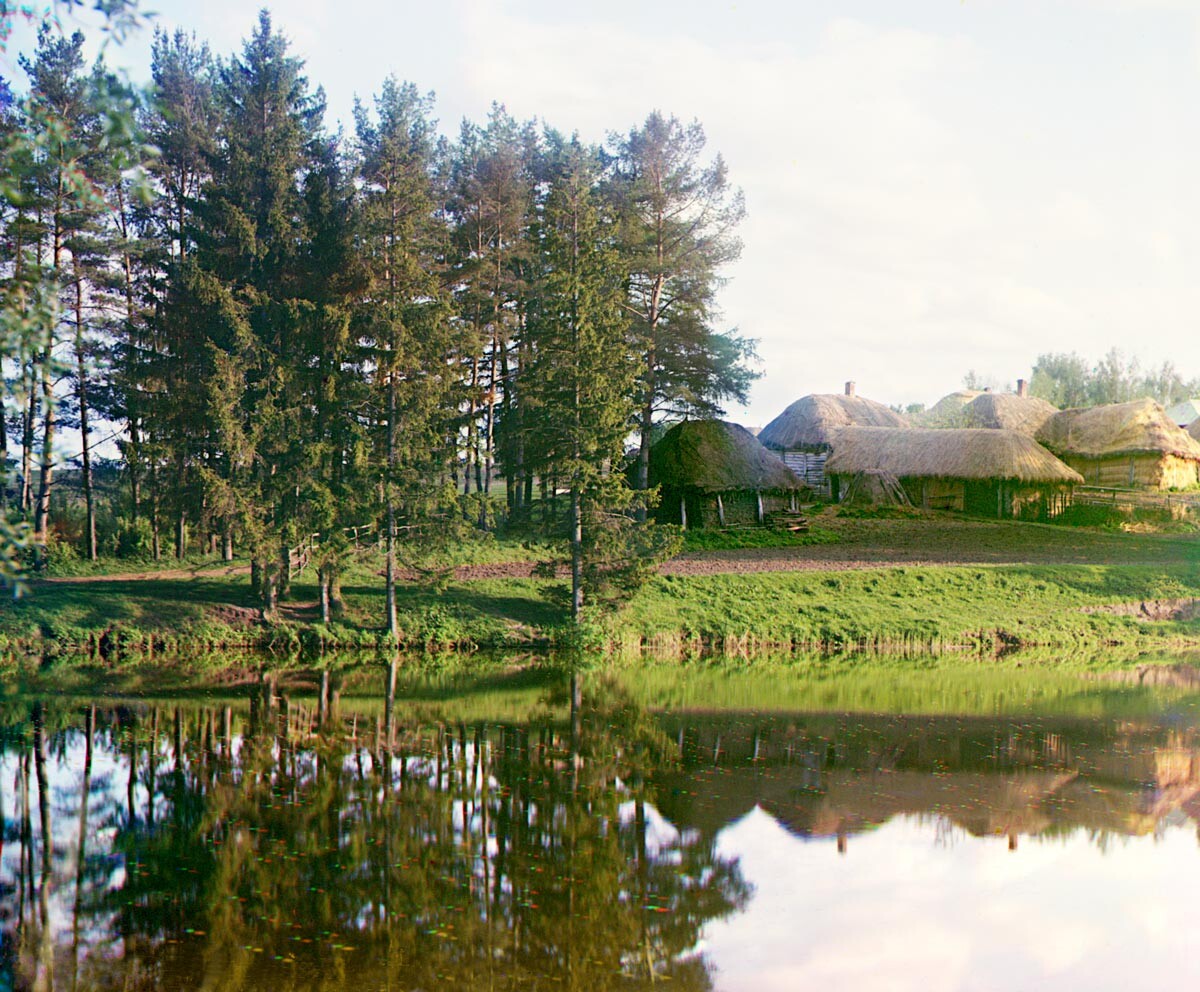 The agony of Tolstoy’s final decades is the topic for a separate essay, but through it all, Yasnaya Polyana provided a refuge and spiritual base. Indeed, it became a place of pilgrimage for visitors throughout the world who wished to partake of the great writer’s wisdom. 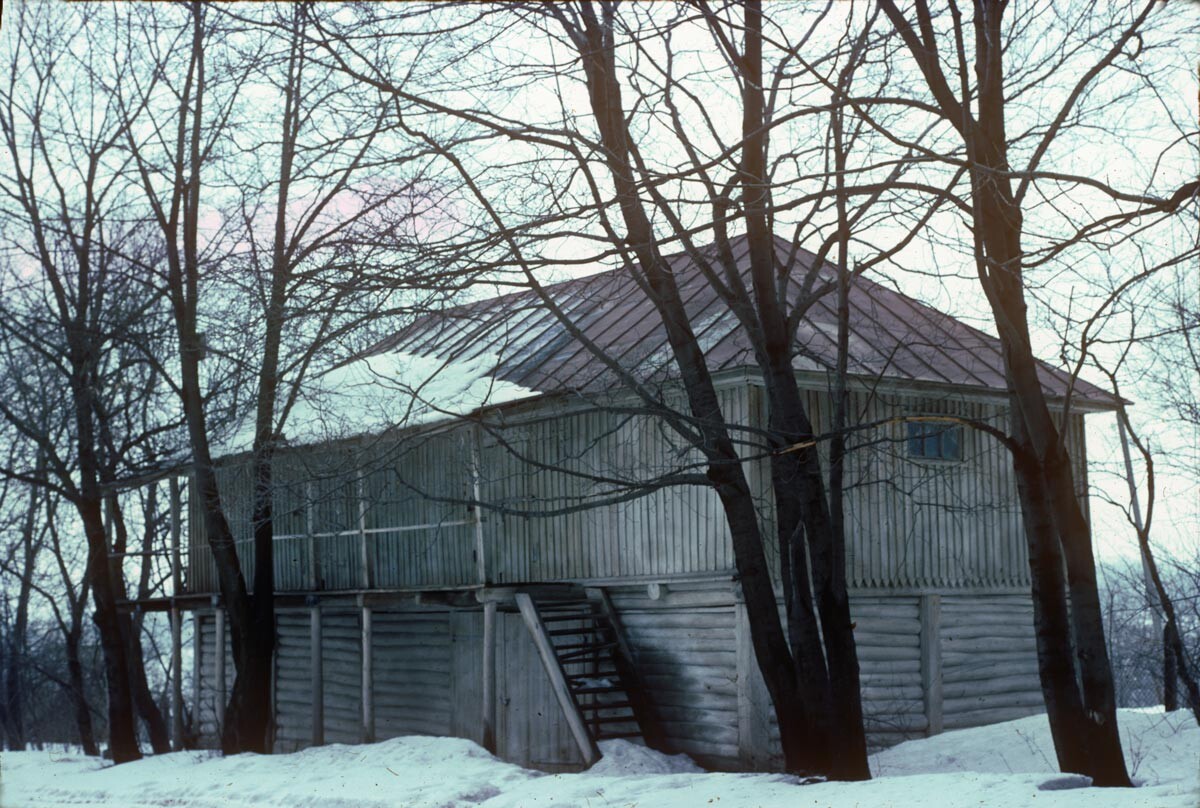 When Tolstoy inherited the Yasnaya Polyana estate, the oldest part was the “Volkonsky House,” named after Tolstoy’s maternal grandfather, Prince Nicholas Volkonsky, who served as the prototype for the elderly Prince Nicholas Bolkonsky in War and Peace. Built probably in the late 18th century (before the arrival of Nicholas Volkonsky), the building housed various service needs for the estate. During Tolstoy’s life, it contained servants’ quarters, the main kitchen, and the laundry. 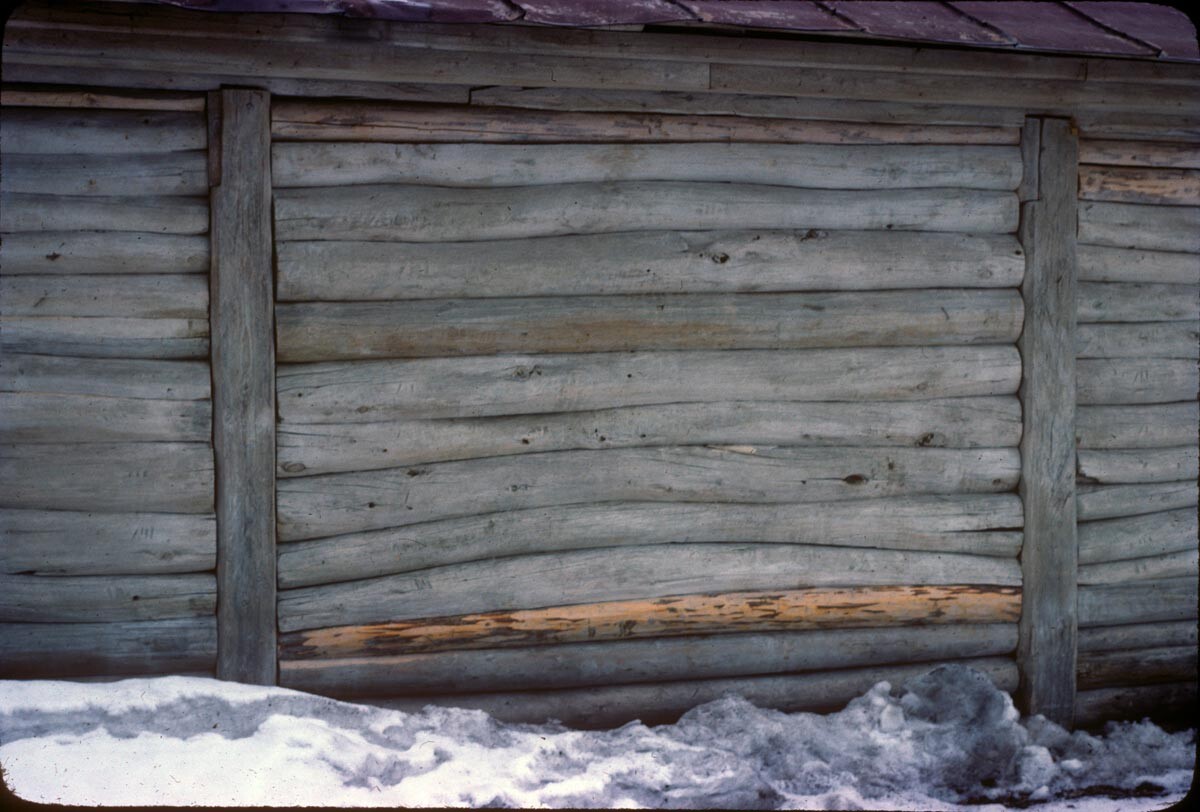 The central estate ensemble consisted of a large manor house with two flanking, separate buildings known as “wings.” The central house, begun by Nicholas Volkonsky in the early 19th century and completed by Nicholas Tolstoy in 1824, was constructed on a masonry ground floor supporting two wooden stories with a neoclassical portico. Tolstoy was born in this house.

However, by the time Tolstoy inherited the estate, the rambling mansion, with some 40 rooms, needed significant repairs. Without financial means to maintain the manor house during his military service in the Caucasus, Tolstoy heeded the advice of his brother Sergei and sold it in 1854 to a neighboring landowner who dismantled it for the paltry sum of 5,000 paper roubles. The following year, that money was used to pay Tolstoy’s gambling debts. No trace of that structure remains. 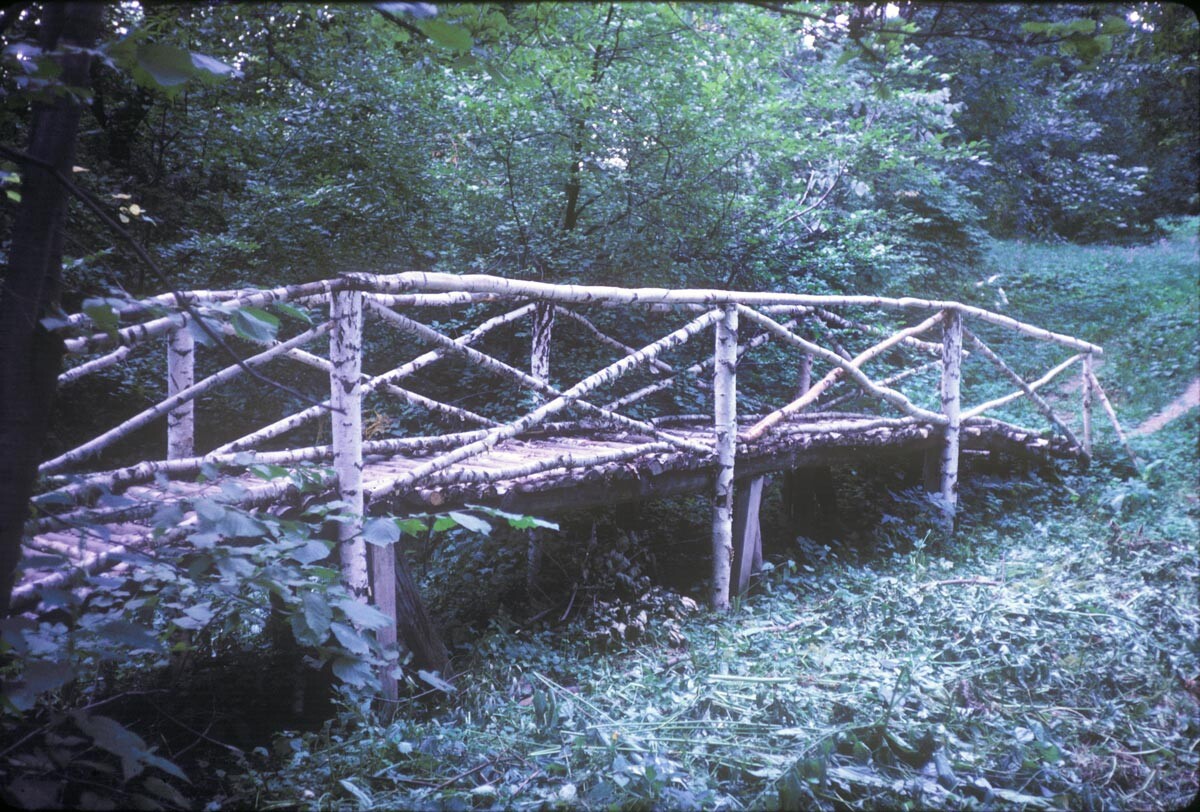 On his return to the estate in the late 1850s, Tolstoy expanded one of the capacious two-story wings into the house where he and his large family lived for the rest of this life. On October 28, 1910 (O.S.) Tolstoy left the house in the middle of the night to escape an existence he no longer considered bearable. Following his death at the Astapovo Station on November 7, his body was returned to Yasnaya Polyana, where it was buried on November 10 in a simple unmarked grave, a mound covered with grass. I photographed that shrine during my first trip to Yasnaya Polyana in July 1970, six decades after Tolstoy’s death. 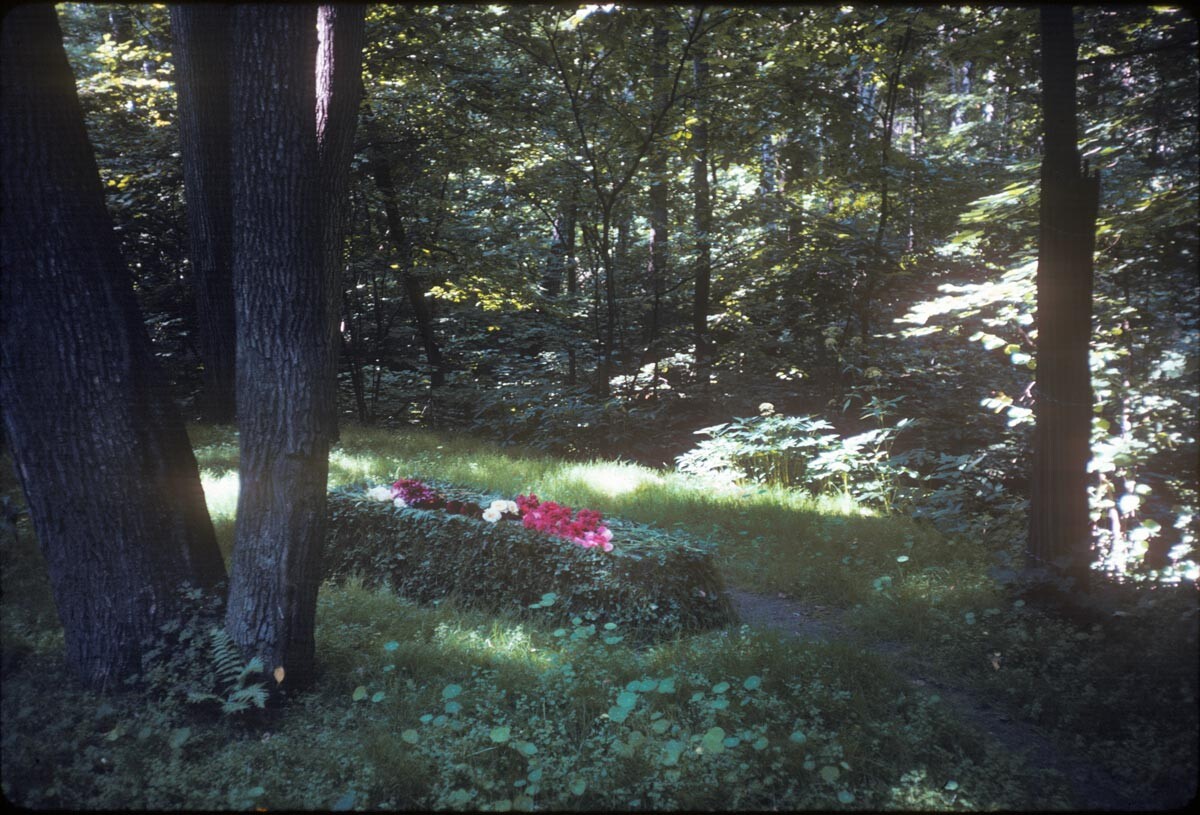 Other structures from Tolstoy’s time — the stables, a few log houses, and the Kuzminsky Wing, where his school was briefly located — still stand at Yasnaya Polyana, along with much of the park originally laid out by his grandfather in the early 19th century. 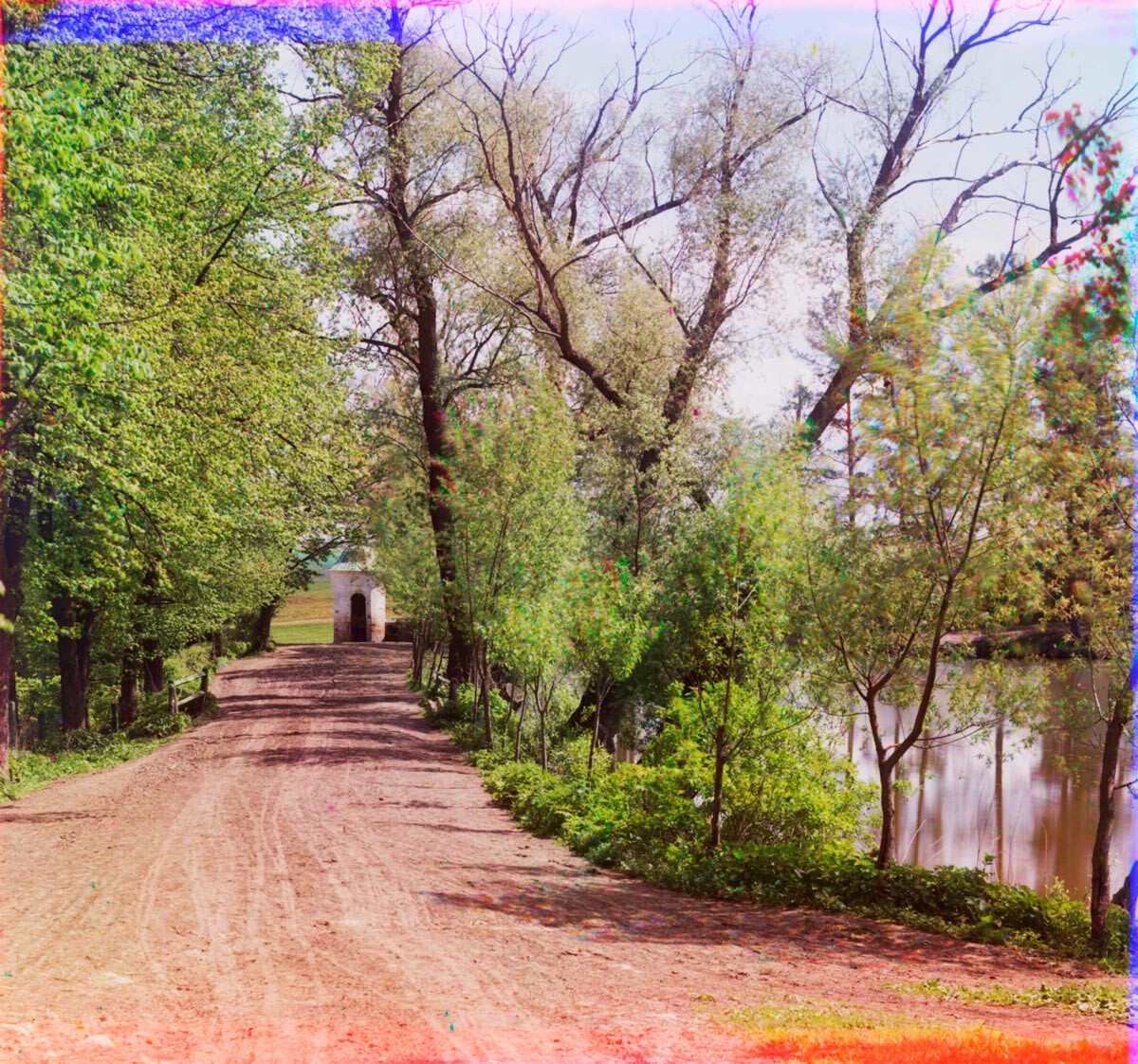 In 1921, Yasnaya Polyana was given official status as a national museum, and the interior of the house has been preserved much as he left it in 1910. Tolstoy’s descendants have been frequently involved in the administration of the museum, but Yasnaya Polyana is more than a museum. It is a living link to one of humanity’s greatest spirits, one wholly dedicated to a quest for justice and peace. 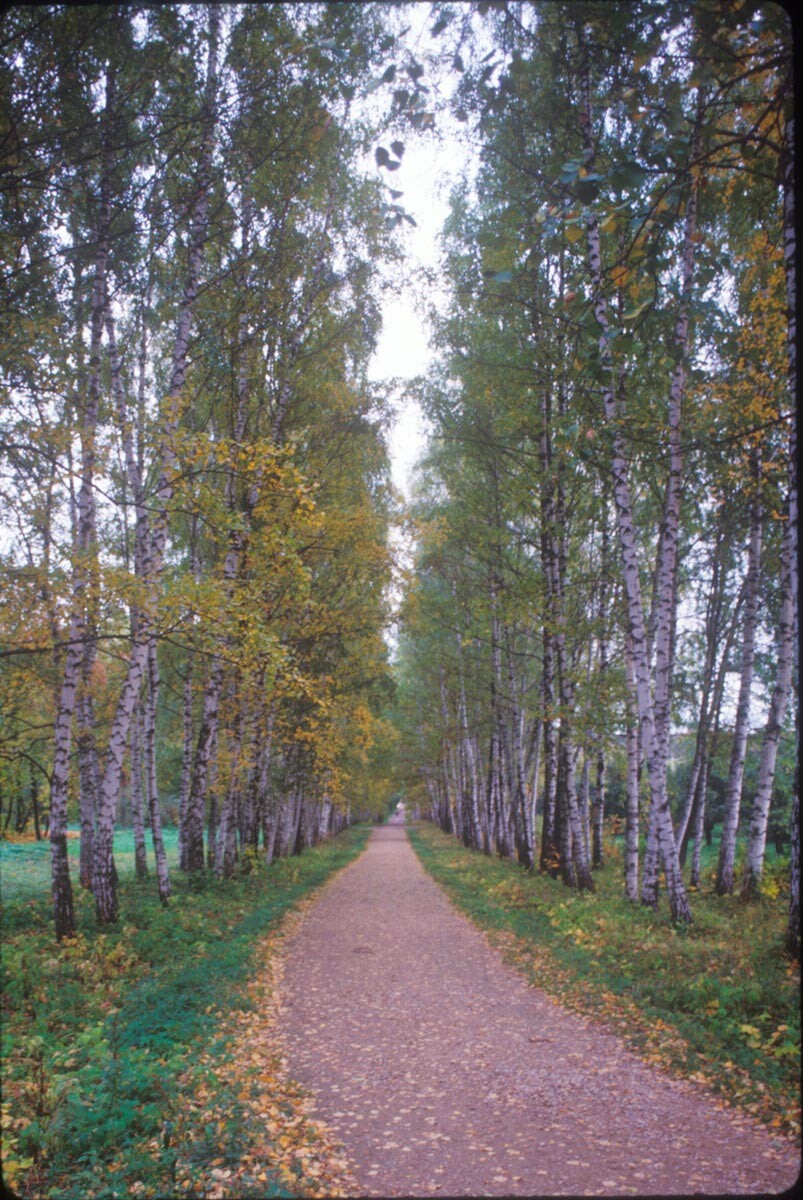