10 most beautiful squares in Moscow (PHOTOS) 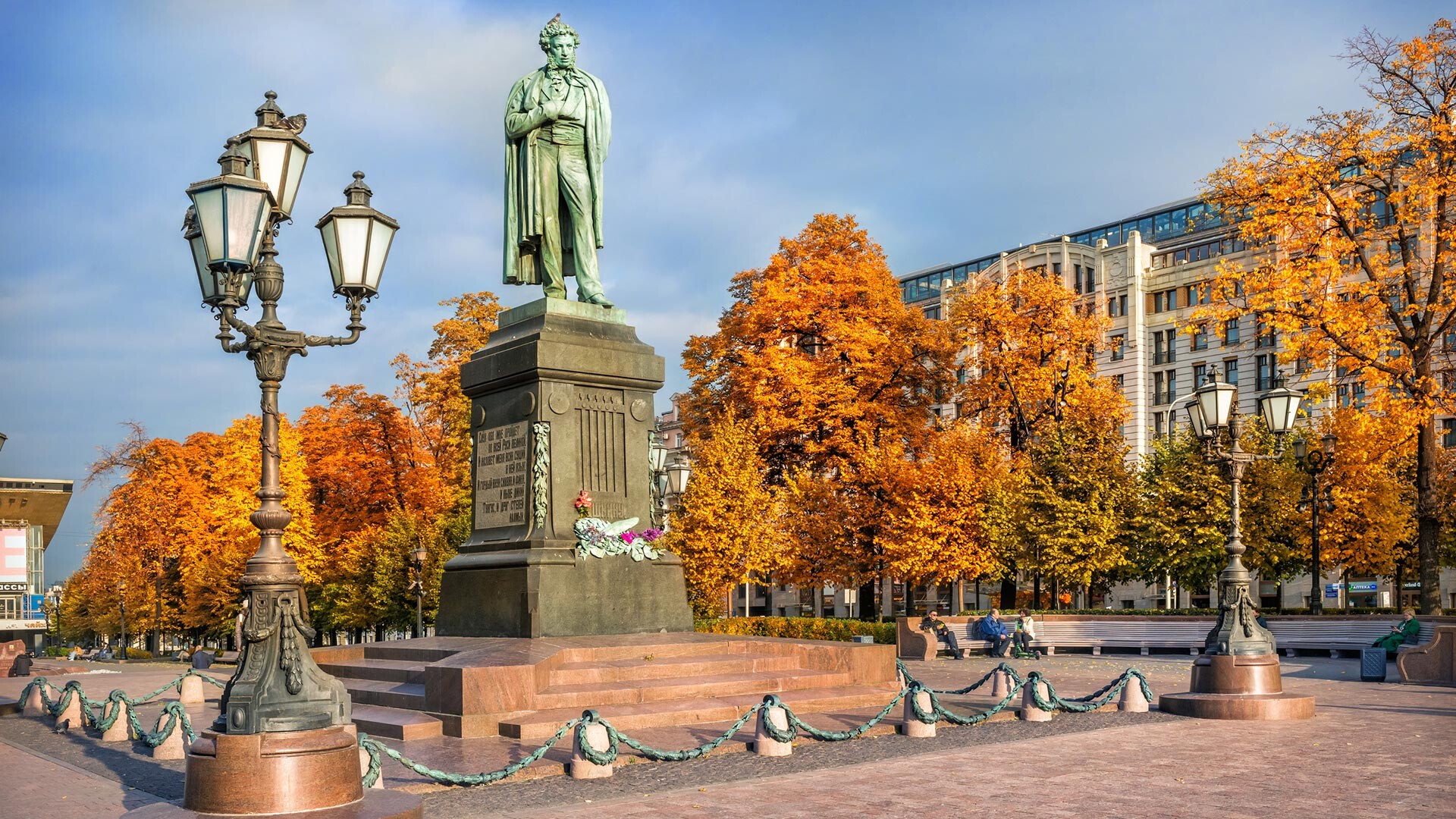 Legion Media
Each square has its own architectural twist and fascinating history going back in time. Choose your favorite! 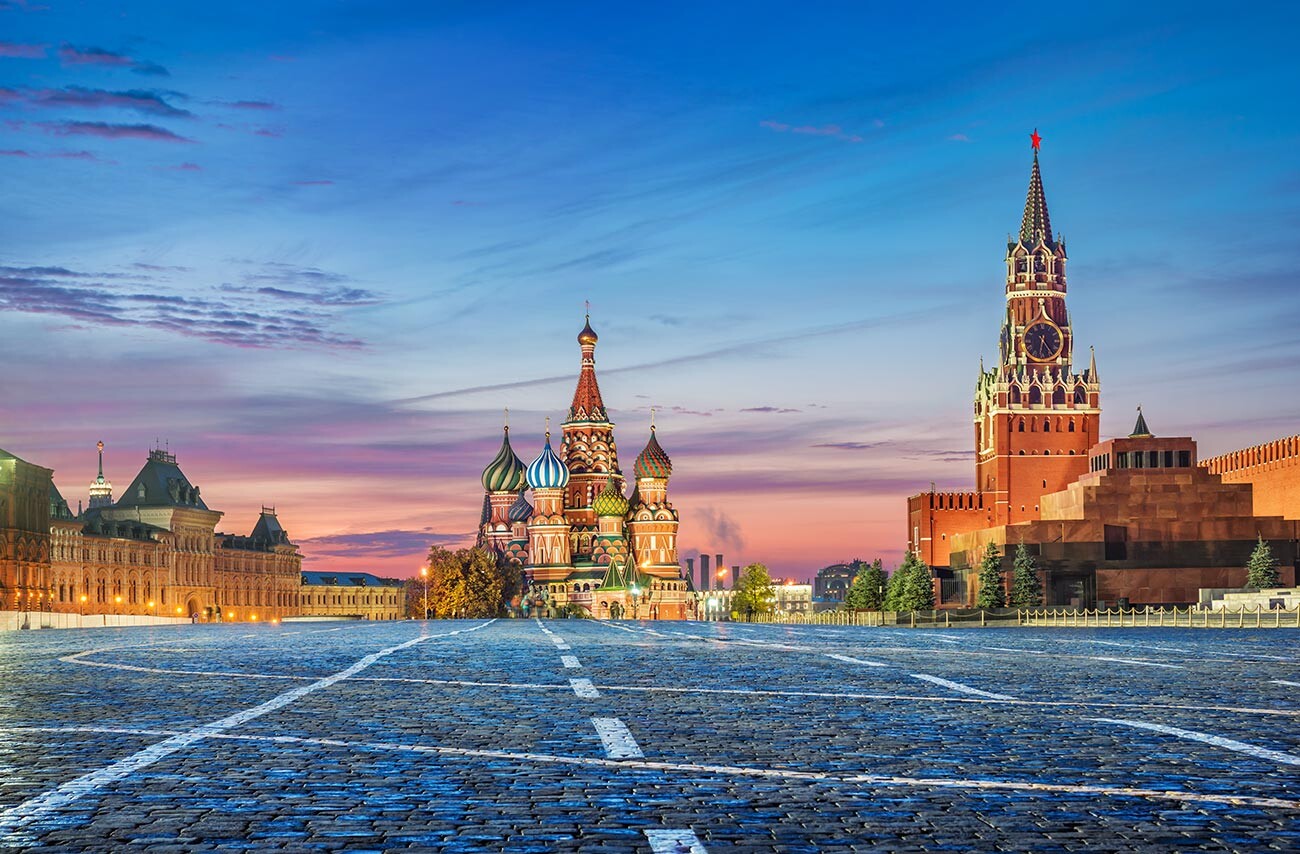 This is Moscow’s main square, where the acquaintance with the city starts. The red-brick Kremlin walls, the Lenin mausoleum, the monument to Minin and Pozharsky, St. Basil’s Cathedral - you can spend a whole day there, visiting different museums and historical sites. Inside the GUM (the oldest and one of the most expensive department stores in Moscow), there is a “secret” canteen done up in the Soviet style and at affordable prices. 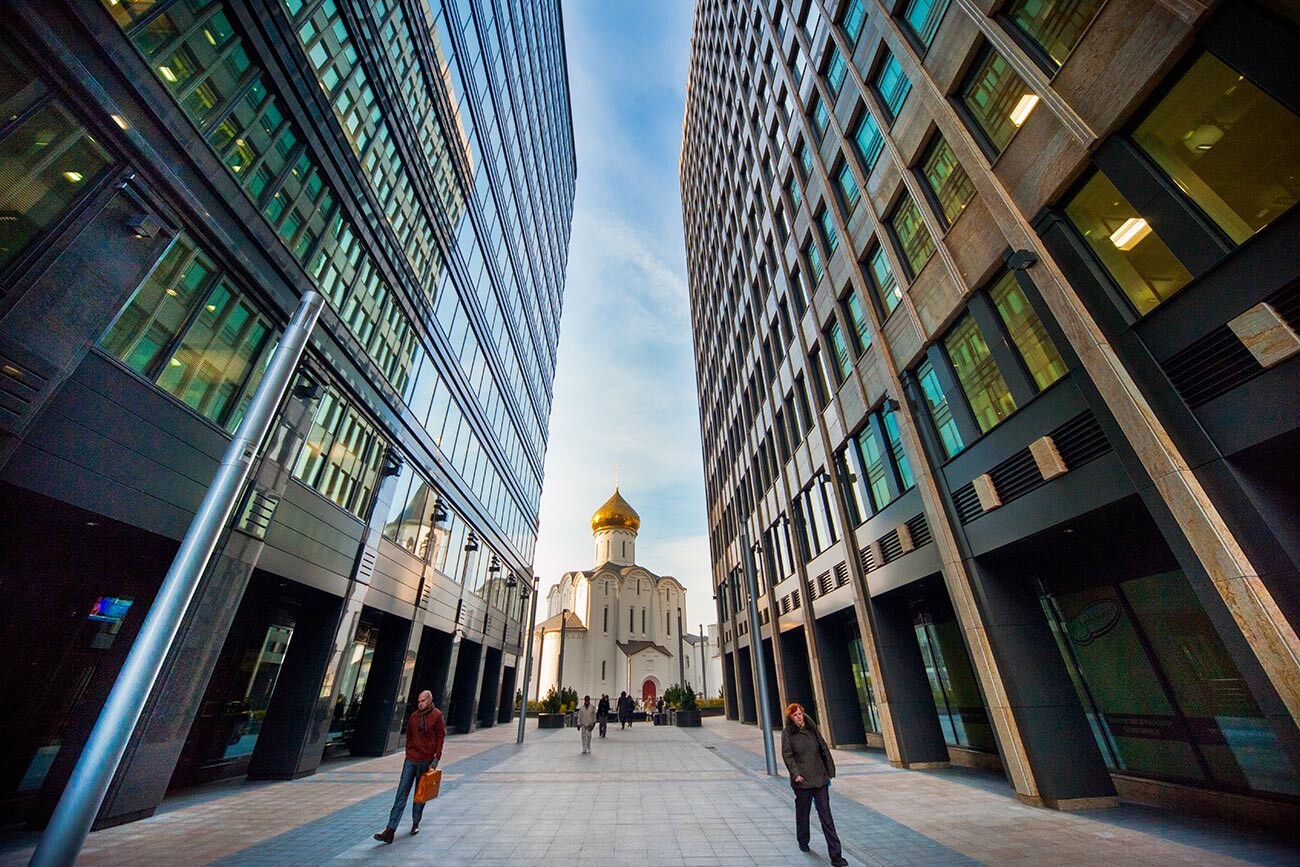 Imagine the mirrored facades of modern business centers reflecting the Orthodox Church of St. Nicholas the Wonderworker of the early 20th century - such a contrast makes White (Belaya) Square near Belorusskaya metro station a very attractive place for leisure. It’s hard to believe that in the early 2000s, this square was just an ordinary roadway with parking. After the redesign, the church became the dominant feature of the square, standing out spectacularly against the backdrop of the new buildings. Street architecture fans will also enjoy the abstract sculptures between the buildings. 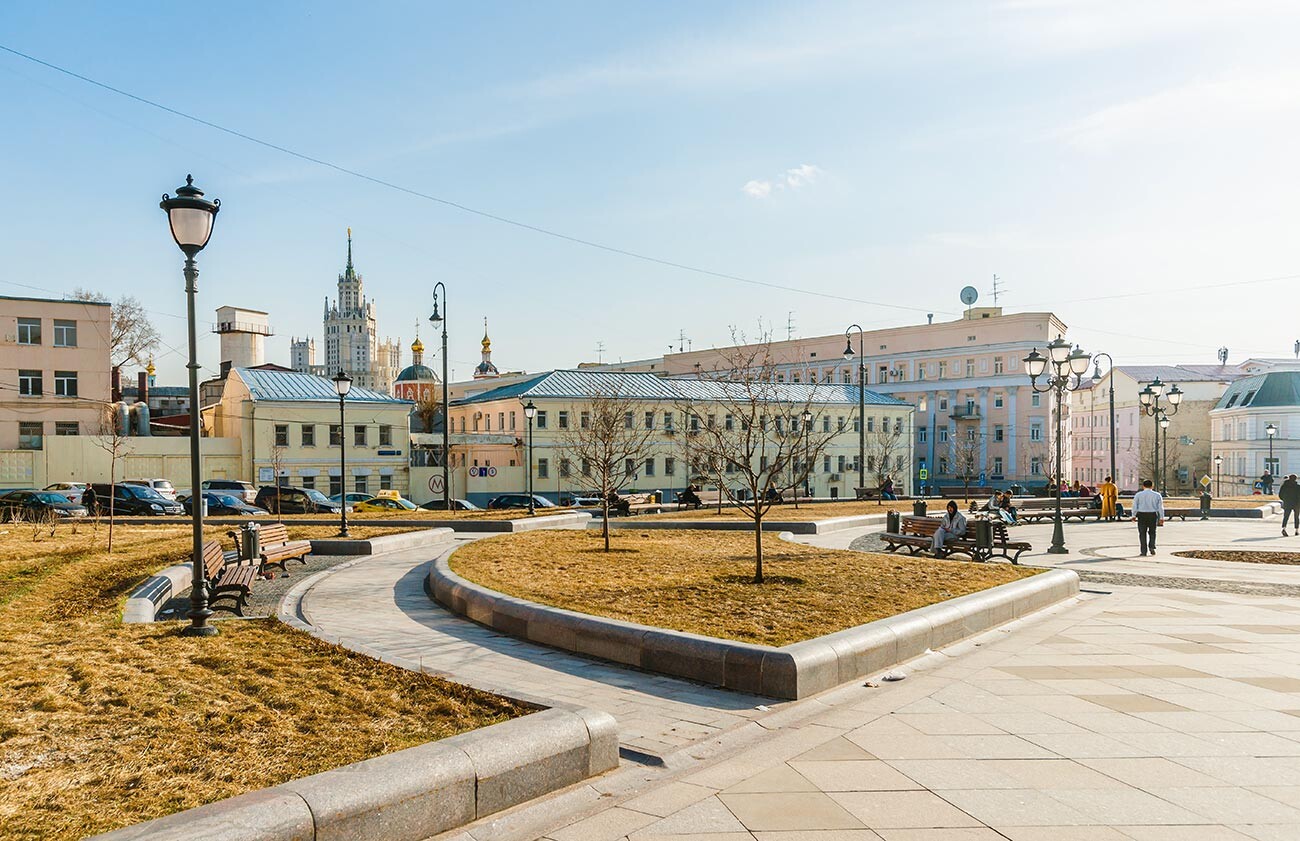 The area of Khitrovskaya Square (which is also known as Khitrovka) and its streets was especially vividly described by Vladimir Gilyarovsky in his book ‘Moscow and Muscovites’ (1926), who called it “the mistiest place in Moscow” - hinting, of course, on its reputation. At that time, it was more often mentioned in papers as a criminal area: brothels, gambling houses, a dubious marketplace. Today, it’s one of Moscow’s best maintained squares, where you can see 18th- and 19th-century urban mansions and old apartment houses and wander through narrow, atmospheric lanes. 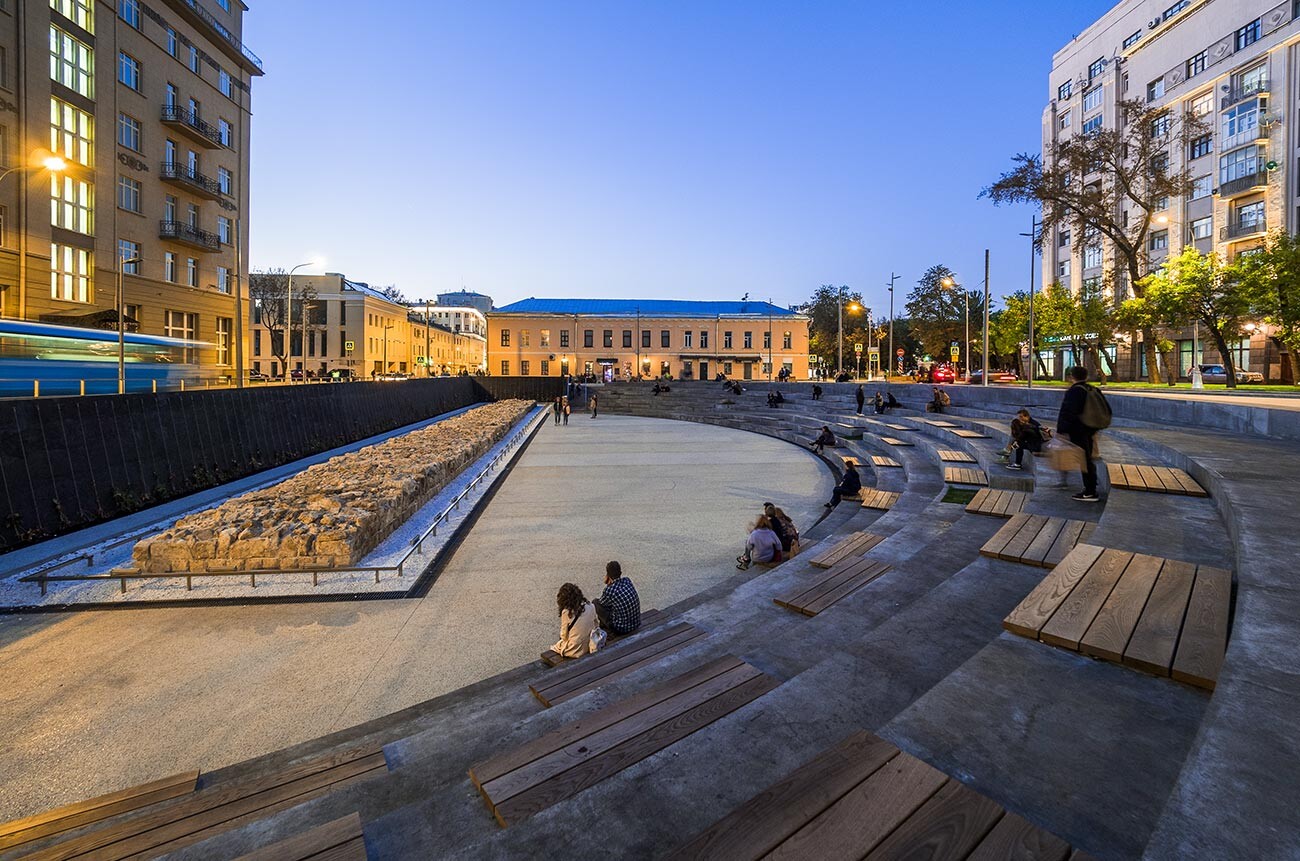 In place of the Boulevard Ring some three centuries ago, there was a fortress wall of the so-called White City - it was the historical title of several districts behind Kitay-Gorod. In the early 2000s, a fragment of this wall became the center of Khokhlovskaya Square - one of the favorite places of Moscow’s youth. It was planned to build a shopping mall on the square, but workers unexpectedly unearthed a part of the White City wall. At a public hearing, Muscovites voted to create a public space on this site and the renewed square turned into an amphitheater with a view of the archaeological exposition. There are many trendy cafes around this chamber space and, on warm days, a large number of young people gather in ‘The Pit’, as the locals call it. 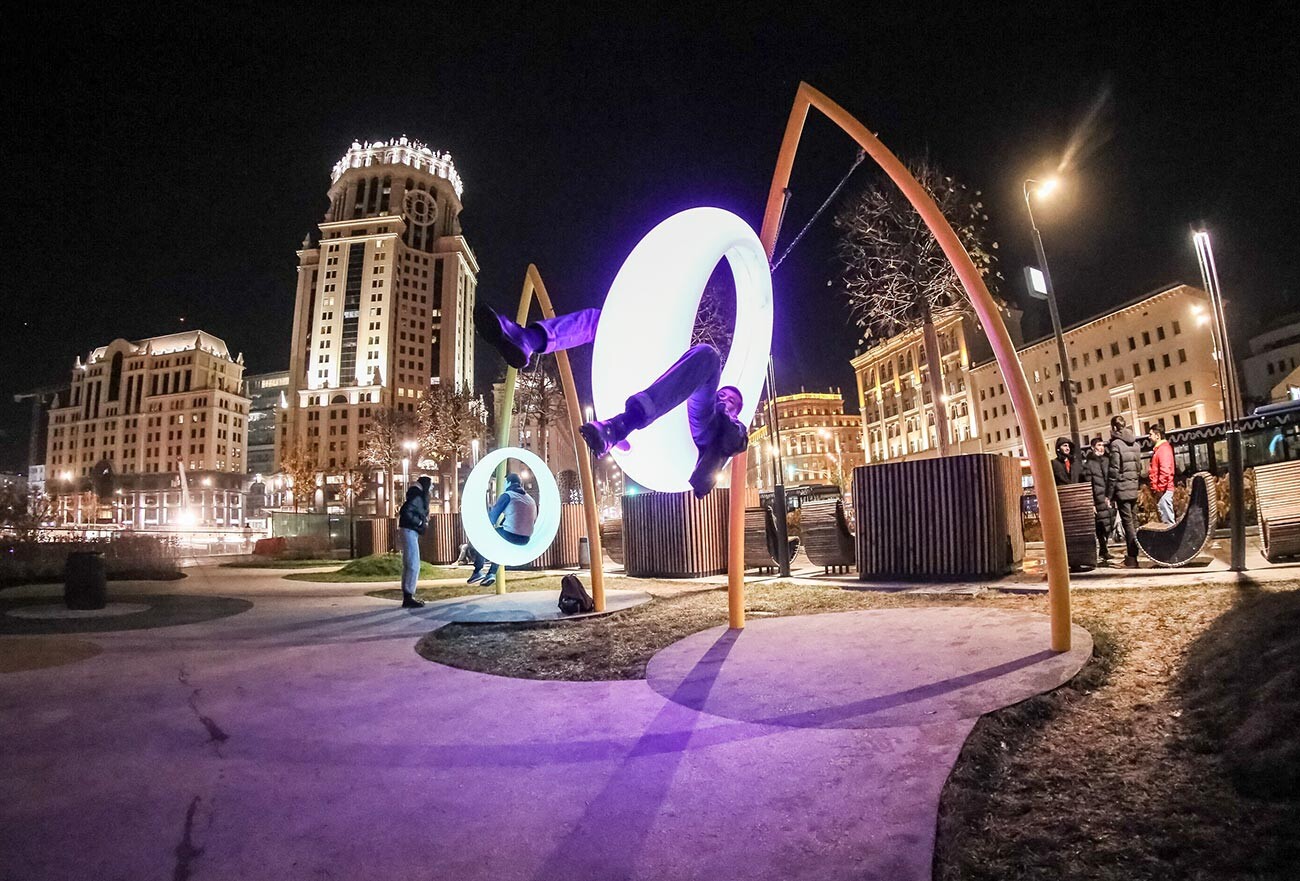 The square near Paveletsky Railway Station is a new pedestrian area that opened at the end of 2021. On the upper level there are luminous swings, cozy benches and a nice park; below it - a musical fountain (or an ice rink during winter) and various installations and on the lower level - a shopping center with fashion stores and gastronomic delights. Can you imagine that this square was abandoned for a long time and even once marked on the map as ‘Paveletskaya Puddle’, because it was constantly flooded after rain? The new concept looks very attractive! 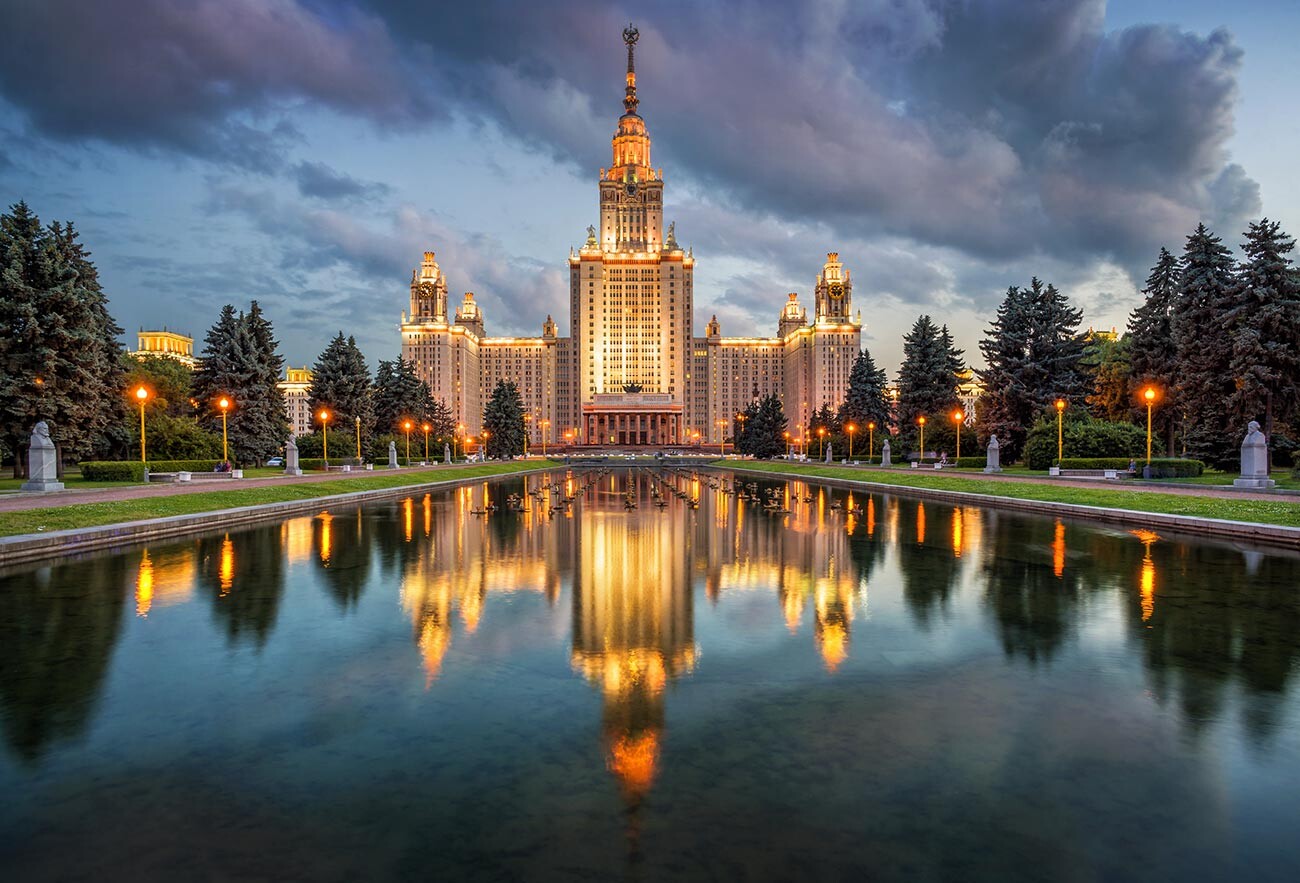 The huge square in front of the Moscow State University is one of the most recognizable views of Moscow. This is a wide open space with a fountain, flower lawns and an alley with monuments to prominent Russian scientists. Universitetskaya (University) Square ends with Moscow’s main observation point on Vorobyovy Gory (Sparrow Hills) and the funicular station. 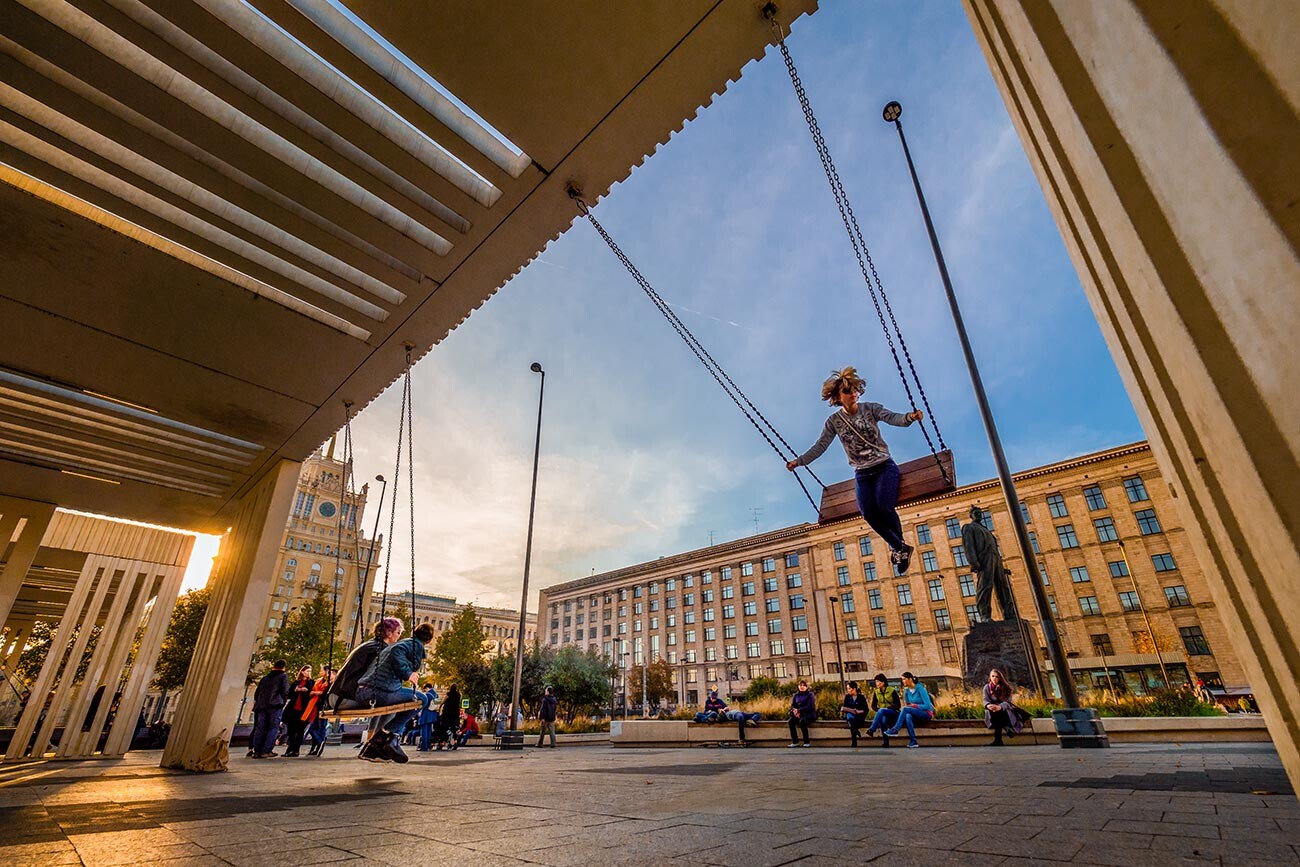 It’s impossible to miss the huge swings near Mayakovskaya metro station! In Soviet times, there was a tradition of poetry meetings by the monument to Vladimir Mayakovsky - anyone could come and read their poems in public. In 2015, a new point of attraction appeared on the square - a row of huge white swings, which transport adults back to childhood. The square is also decorated with a view of the Pekin (Beijing) Hotel in the Stalin Empire style. 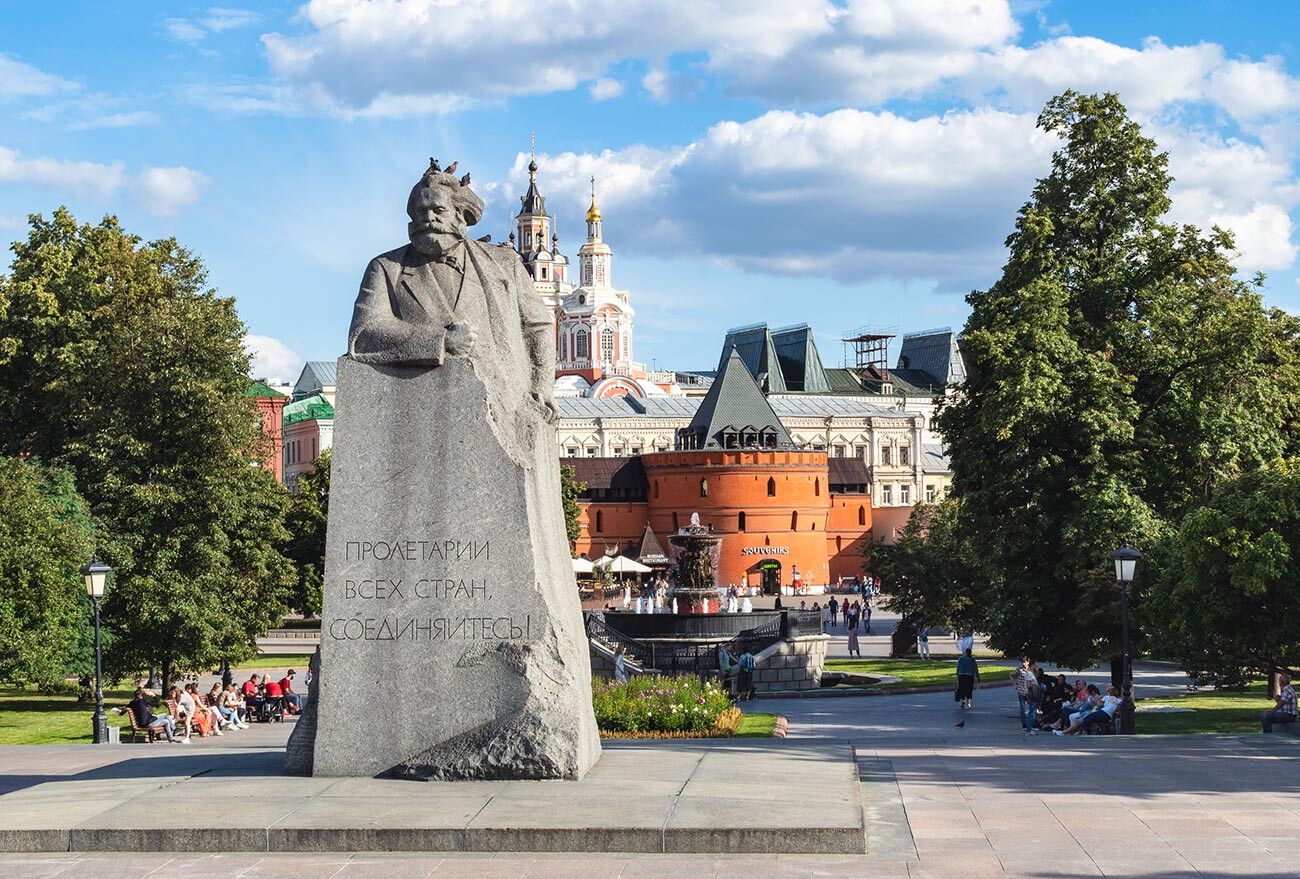 One of Moscow’s central squares, which is located right by the exit from the metro station of the same name, Ploshchad Revolyutsii. Although the square was rebuilt several times, you can still see old Moscow buildings from different epiches and climb the steep stairs to the touristic Nikolskaya Street. The square also hosts themed fairs throughout the year and, in winter, there’s a free skating rink. 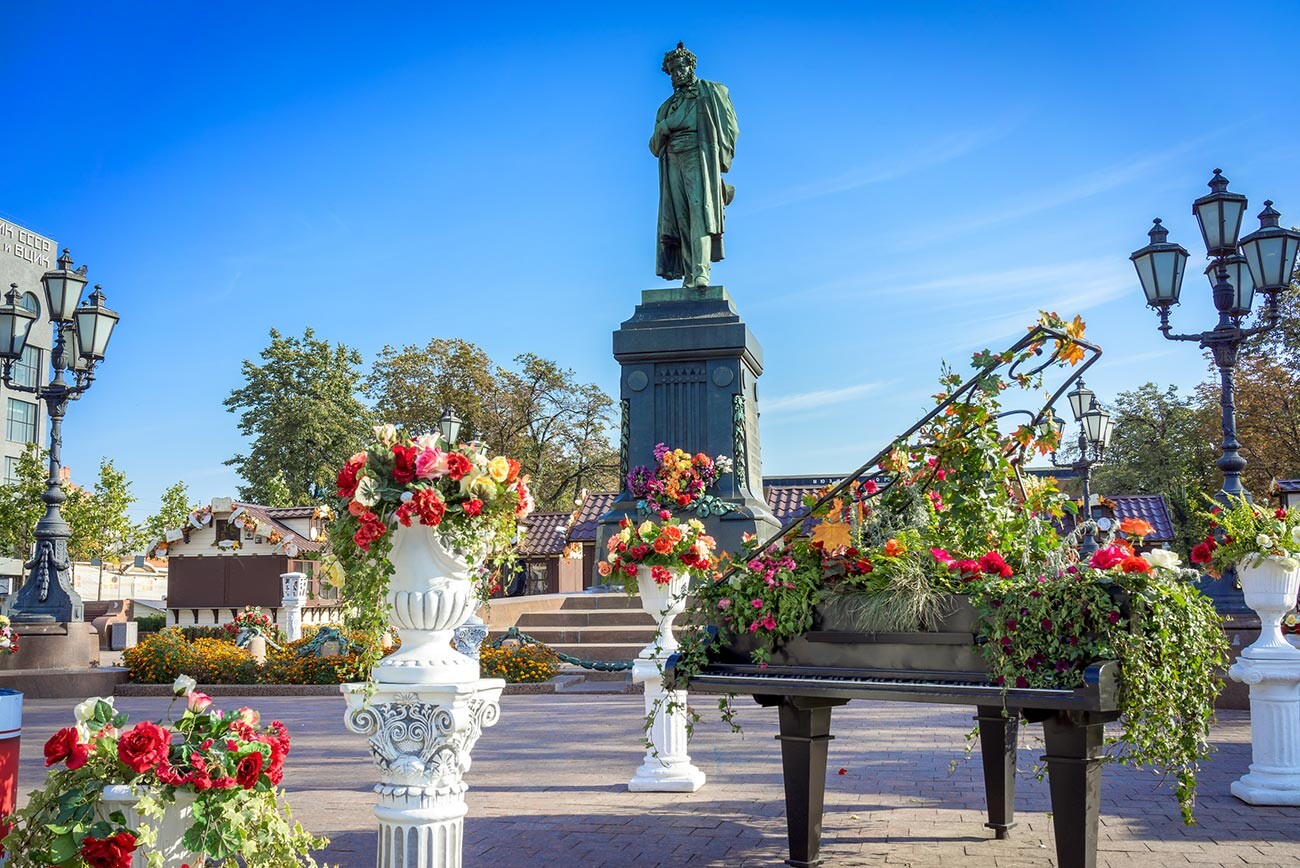 The square, bearing the name of Russian poet Alexander Pushkin, is one of the most famous places in Moscow. It often hosts fairs, concerts, city events and Muscovites spend their free time there. Behind the Pushkin monument, there is a huge fountain and many flowerbeds - in summer it’s just wonderful here. 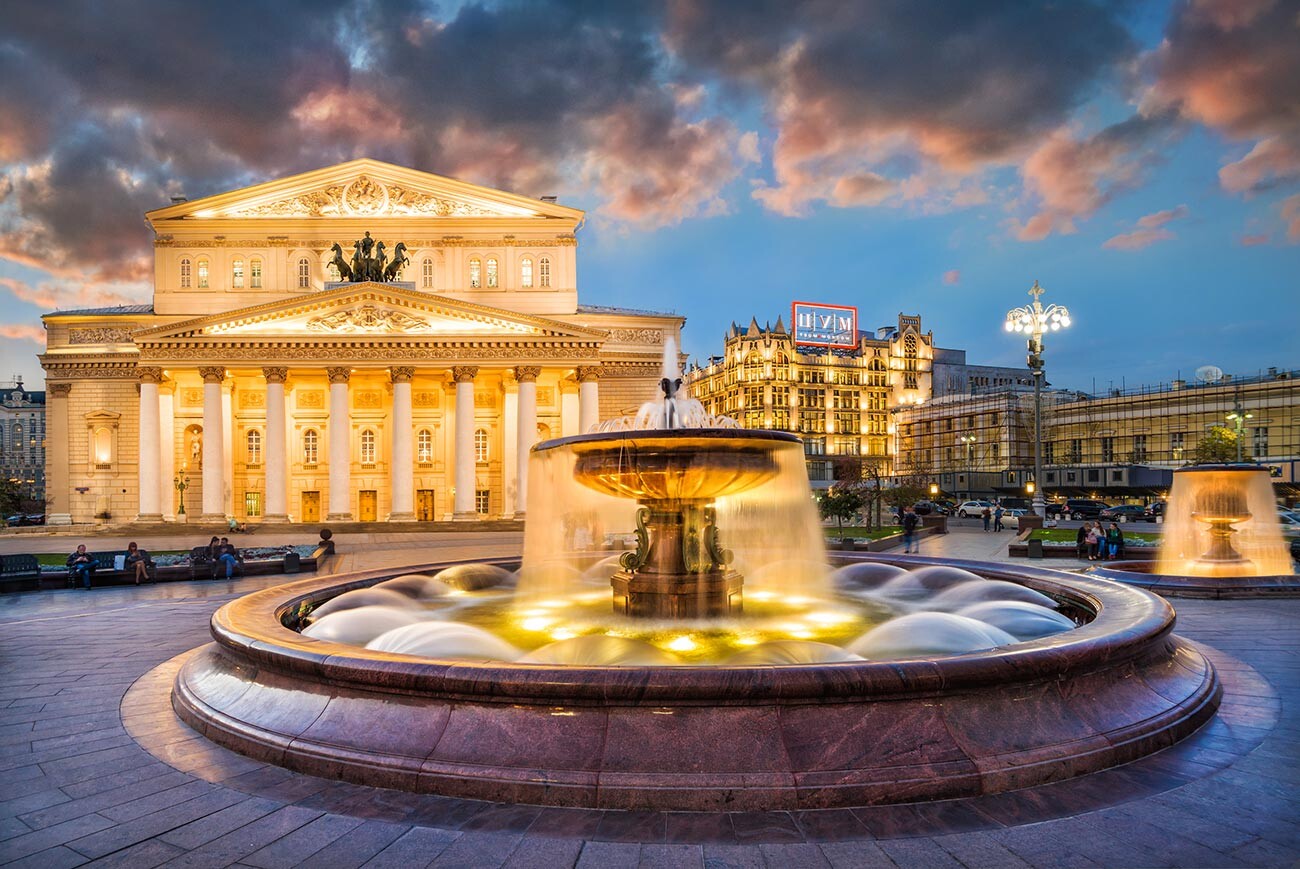 Are you a theater and architecture enthusiast? Then you’ll like the Theater Square, where Moscow’s main theaters are located - the Bolshoi (both historical building and the new stage), the Maly (Small) and the Molodezhny (Youth) Theaters, with one of the city’s most beautiful fountains adorning the center of the square. For those who enjoy luxury shopping, there’s also the TsUM, a shopping mall with the most luxurious things from all over the world.