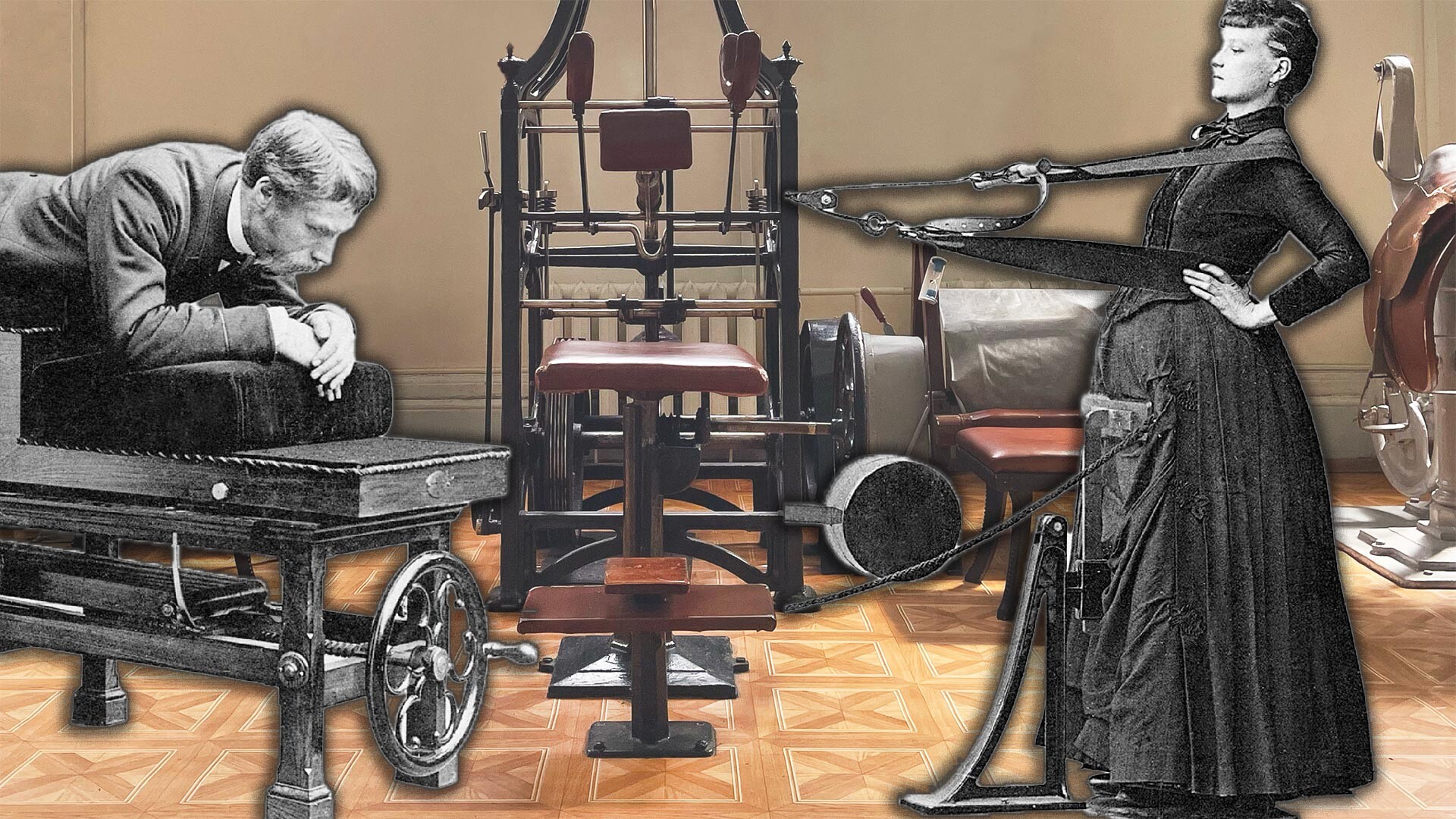 Russia Beyond
Would you like to pump up your muscles on vintage exercise equipment? There is such a place in Russia. 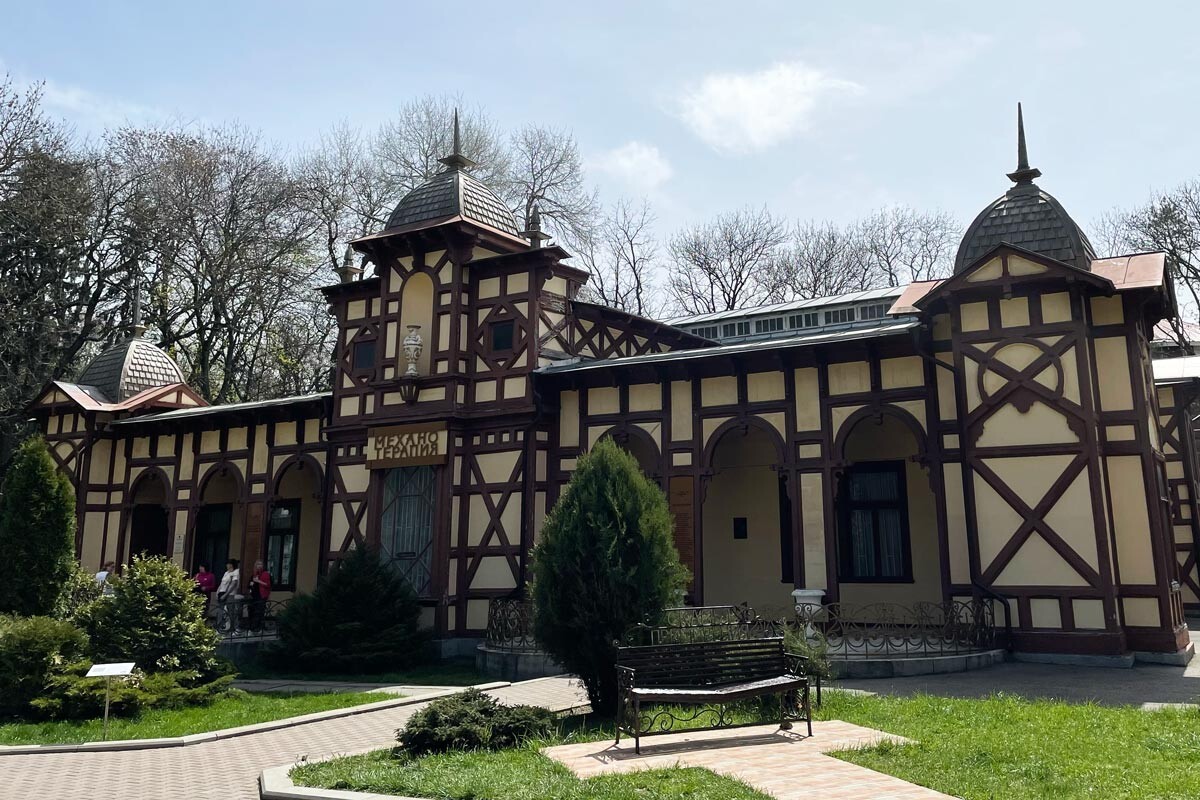 At first glance, all these mechanisms look rather scary and more like instruments from a torture chamber. But that’s exactly how the first exercise machines looked more than a century ago. However, the first impression vanished when patients tried the apparatus and experienced the positive effect they caused. 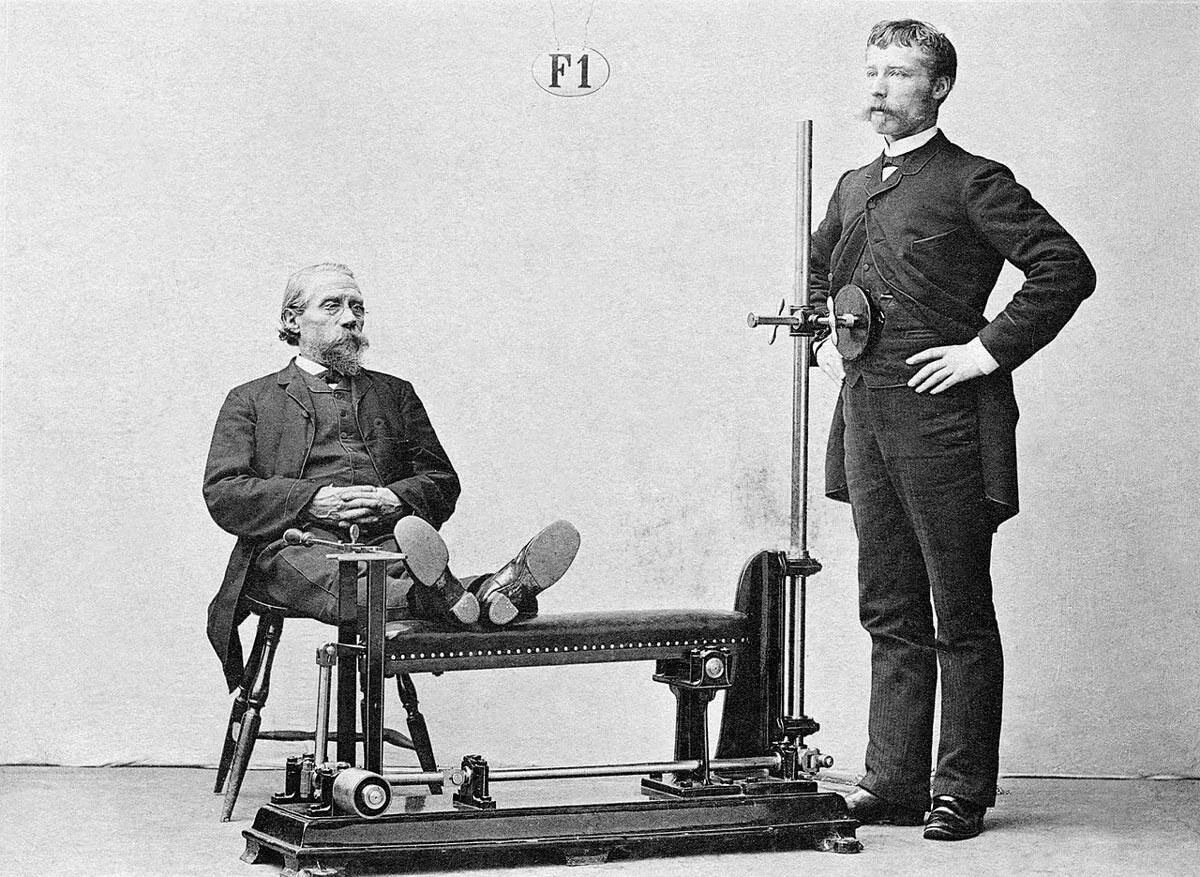 Right in the middle of Yessentuki’s (a resort city in the northern Caucasus, 1,500 km from Moscow) park, between mineral baths and water galleries, there’s a century-old “Mechanotherapy” pavilion – something that one would call a fitness club or gym nowadays. The facility was opened in 1902. Then, the city was already a very popular place for those wanting to improve their health using its rich natural resources. Plus, fresh Caucasian air and fantastic landscapes were attracting people craving for relaxing atmosphere and inspiration (famous musicians, actors and artists liked to spend their holidays in the region, too). So, local authorities decided to create a unique attraction for their tourists: a venue to practice something called ‘mechanotherapy’. 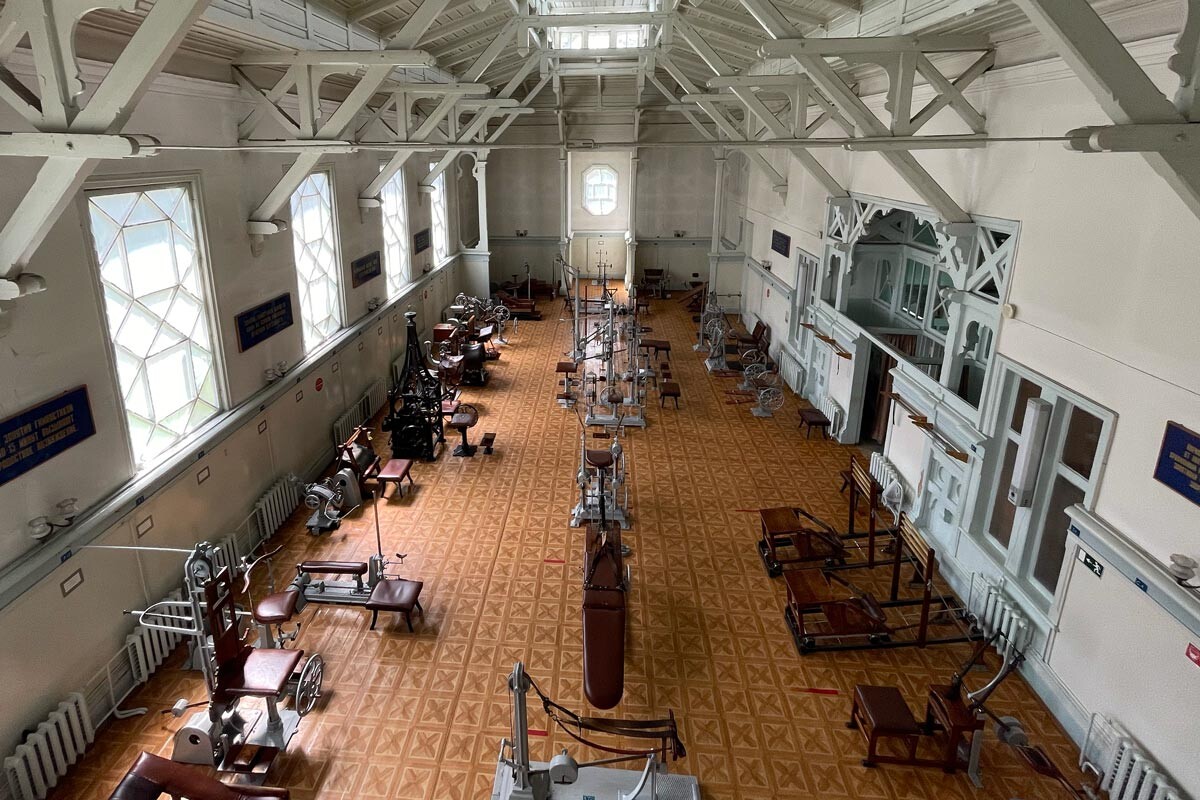 The term was introduced by Swedish physician Gustav Zander to define a method of treating certain diseases with massage and exercise with the help of special training apparatus. In 1865, he opened the world’s first mechanotherapy institute in Stockholm. The machines he used allowed patients to train on their own, without any help from an assistant. 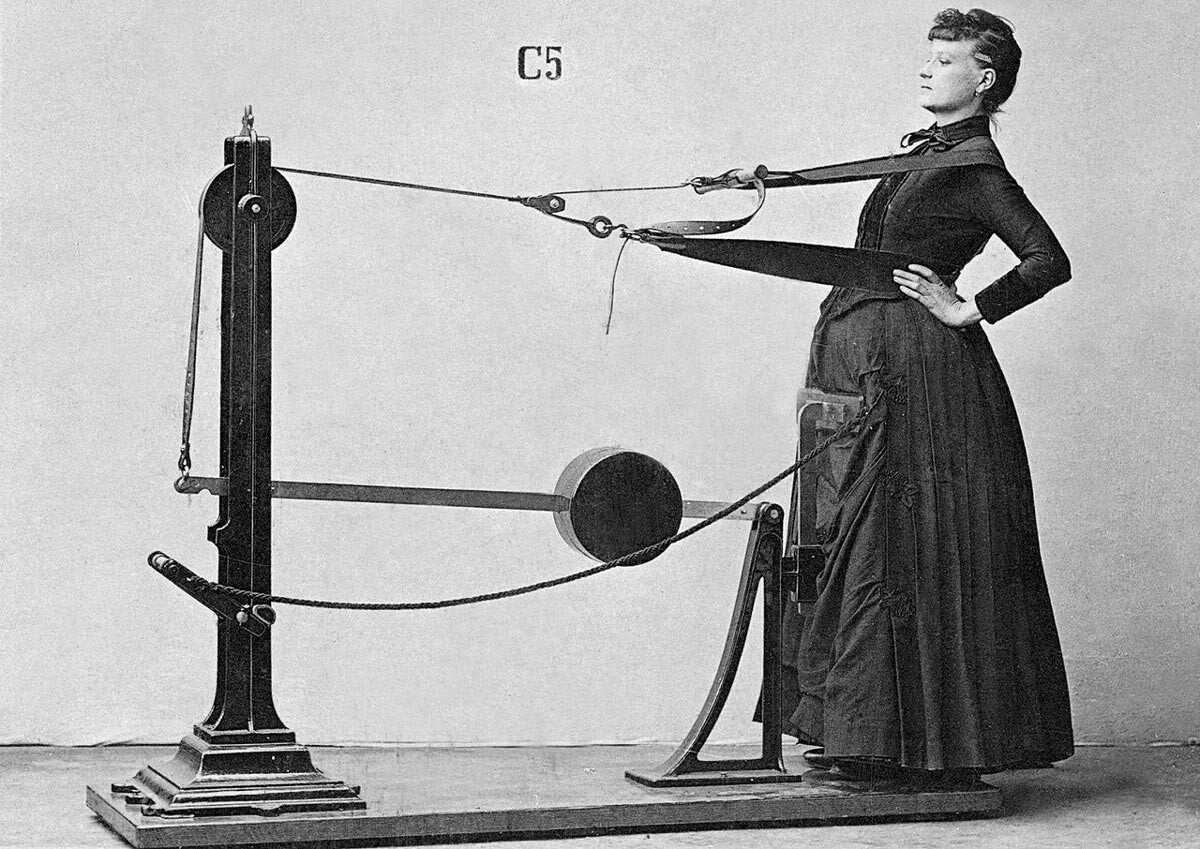 Zander’s method became very popular across Europe and beyond. In Russia, the first medical facility applying mechanotherapy was created in St. Petersburg at the end of the 19th century. 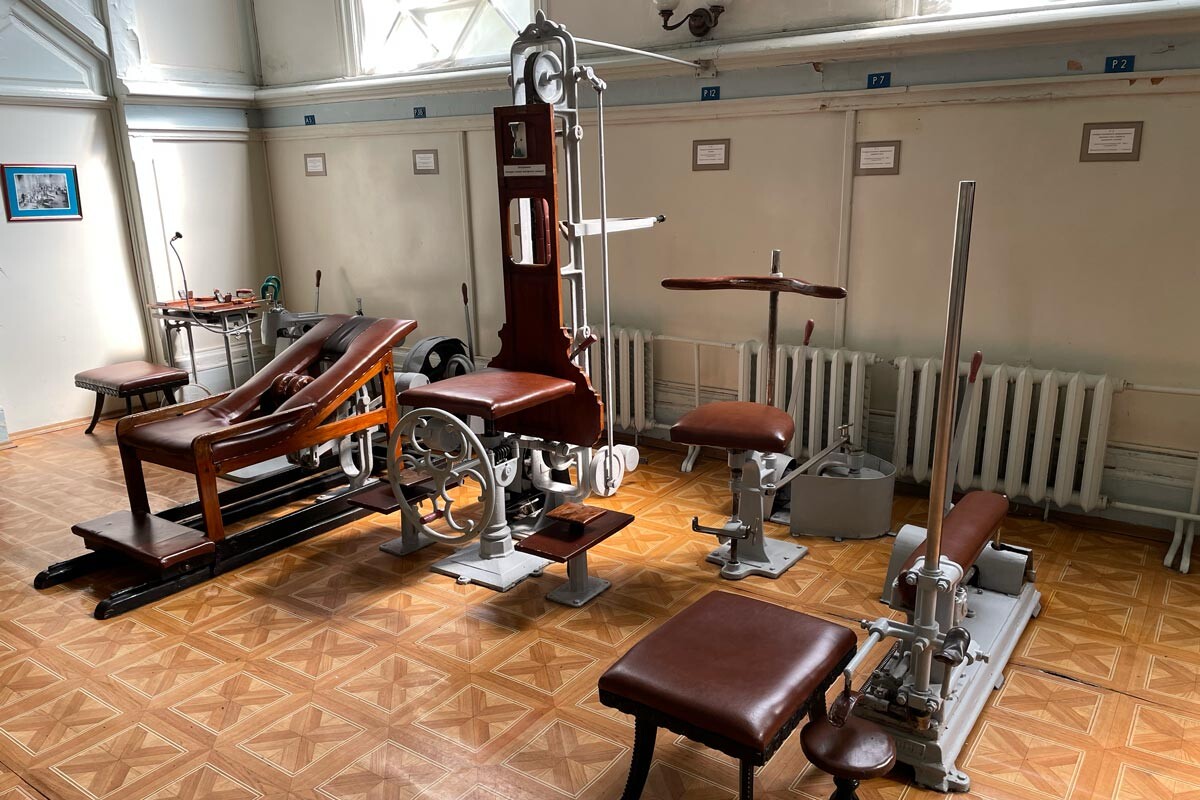 When opened in Yessentuki, the pavilion hosting Zander’s apparatus became a sensation. The venue had changing rooms, showers, medical and massage cabinets, as well as rooms for leisure. Its huge training hall included up to 60 devices: some of them were designated for active muscle exercises, while others functioned on special engines and served for massages. Among others, there were prototypes of modern exercise bikes and machines that simulated riding a horse or a camel (both equipped with saddles for men and women). People suffering from bone and joint problems, insomnia, digestive disorders, obesity – all rushed to have a fitness session there. There were special training hours for men, as well as for women and children. 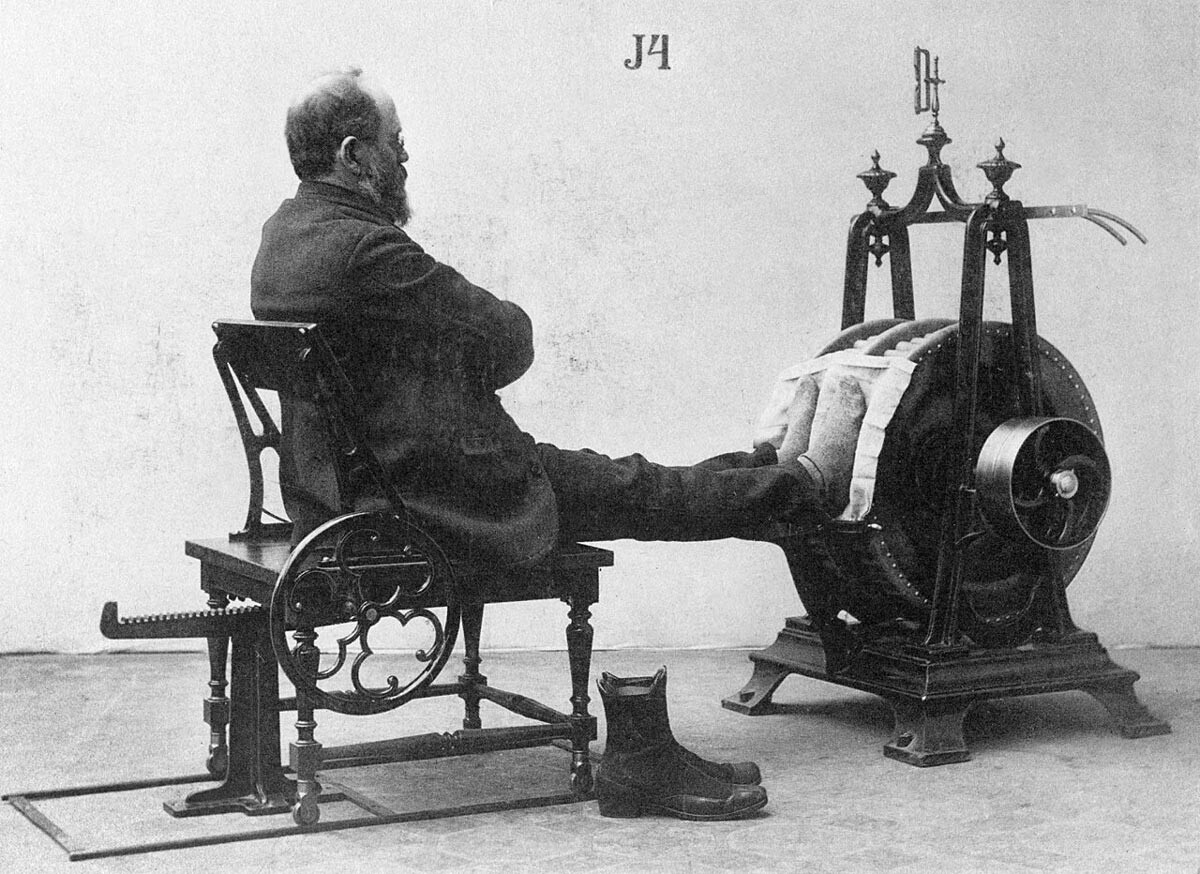 Journey in a time-machine 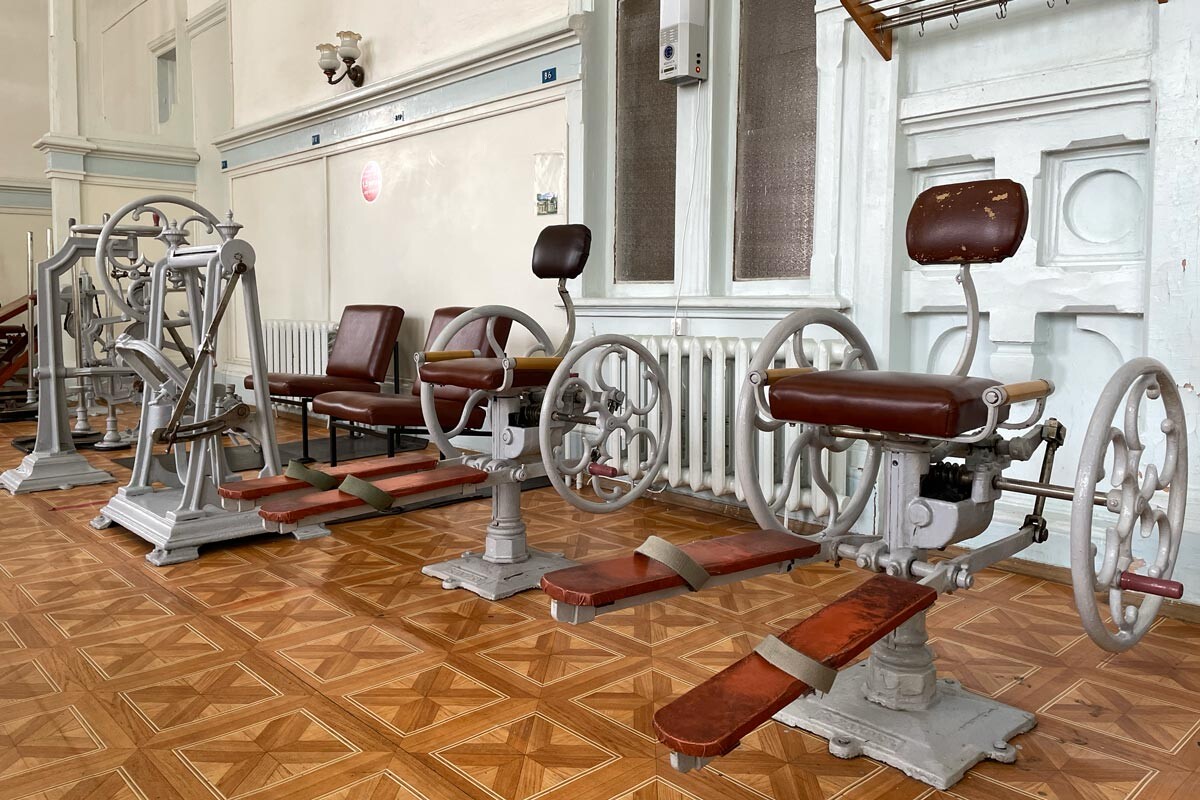 The Mechanotherapy pavilion and its devices survived the revolution and both World Wars. Throughout the century, there always were people who used them for training and rehabilitation. 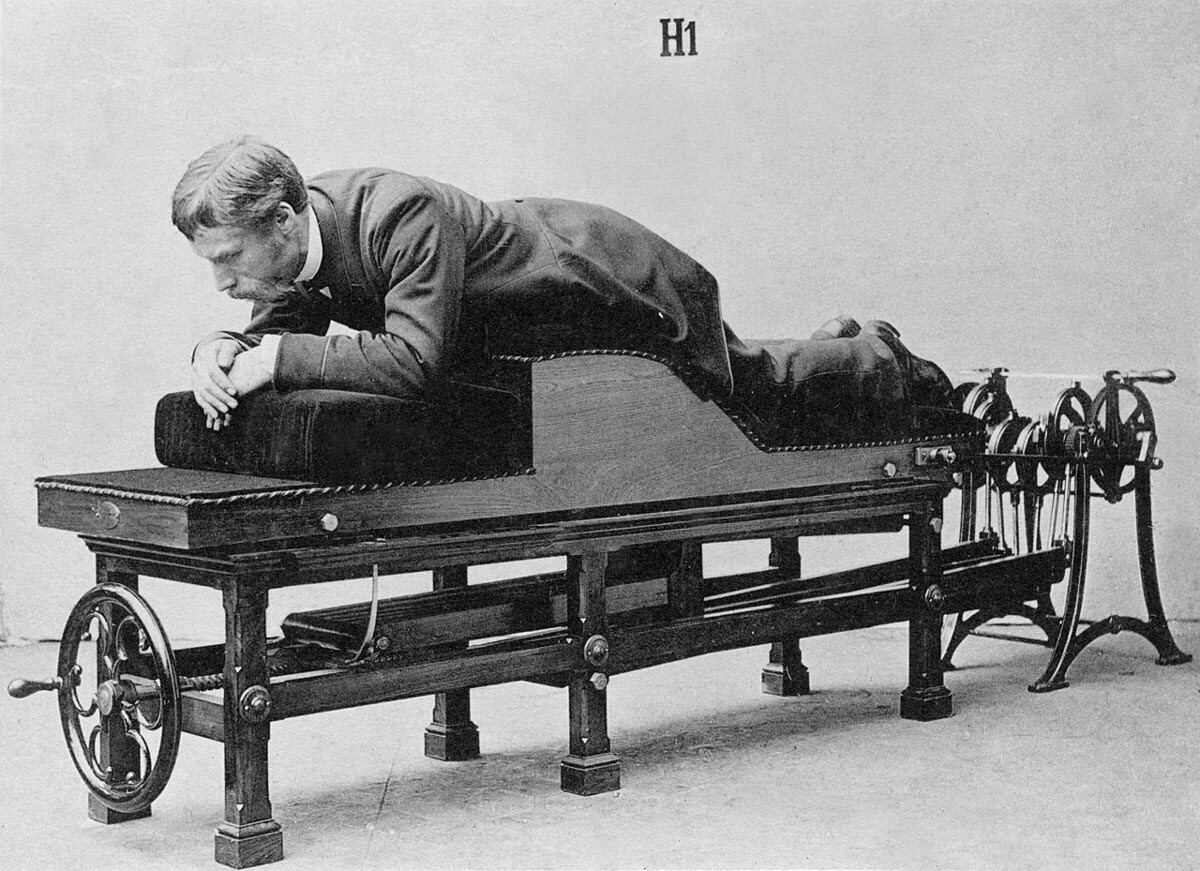 Now, over 50 apparatus are still functioning and they are not just museum artifacts. The Mechanotherapy pavilion is open six days a week and everyone can have a workout using the Zander devices. There’s just one tiny, but loud, thing: as all the devices are made of heavy metal and wooden parts, when being used all together, they produce quite a noise. 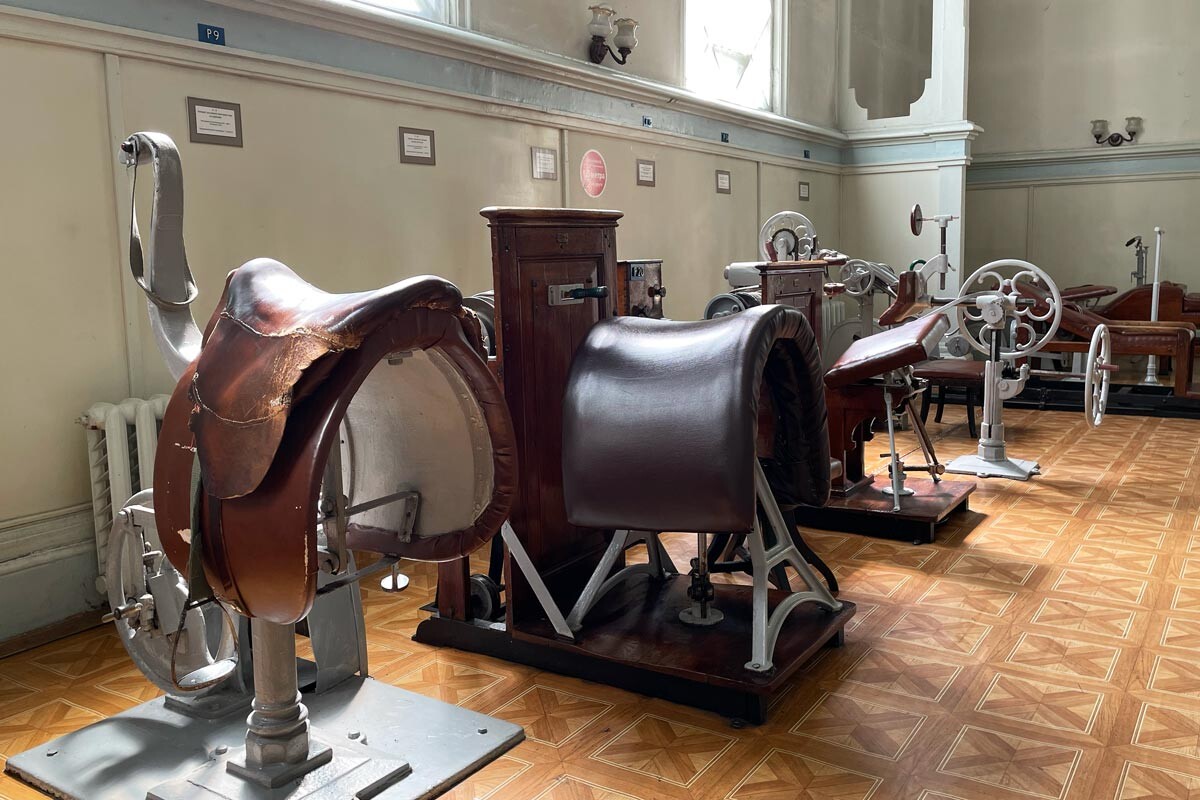 People who come to Yessentuki for treatment, use mechanotherapy upon doctor’s prescription, together with mineral or mud baths and mineral water consumption. And, for regular tourists, the Mechanotherapy pavilion looks like an interactive museum, so they come to try the machines just for fun. 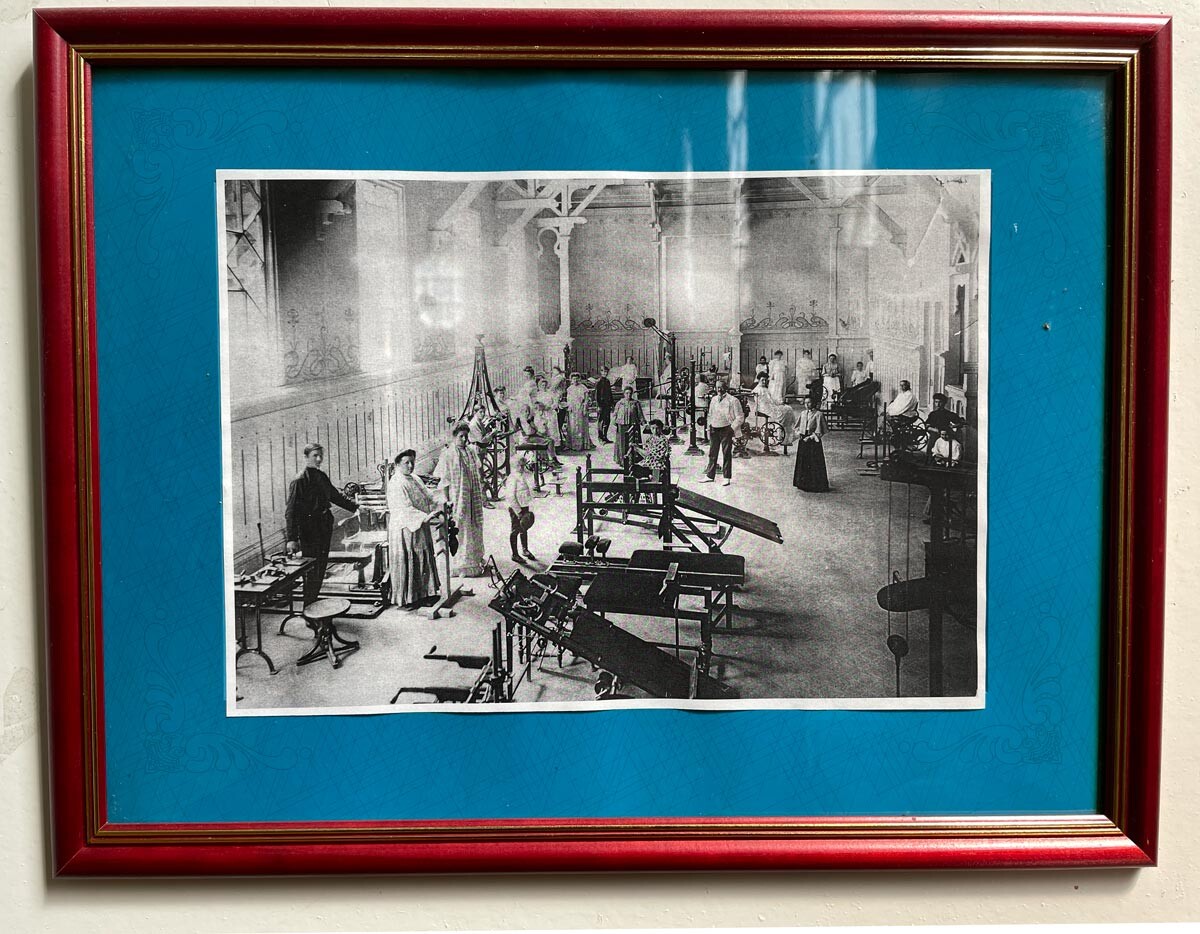 Many admit that when they, for example, mount a century-old “horse”, it feels like a journey in a time-machine – and they even say that the pavilion is the most interesting place in Yessentuki. 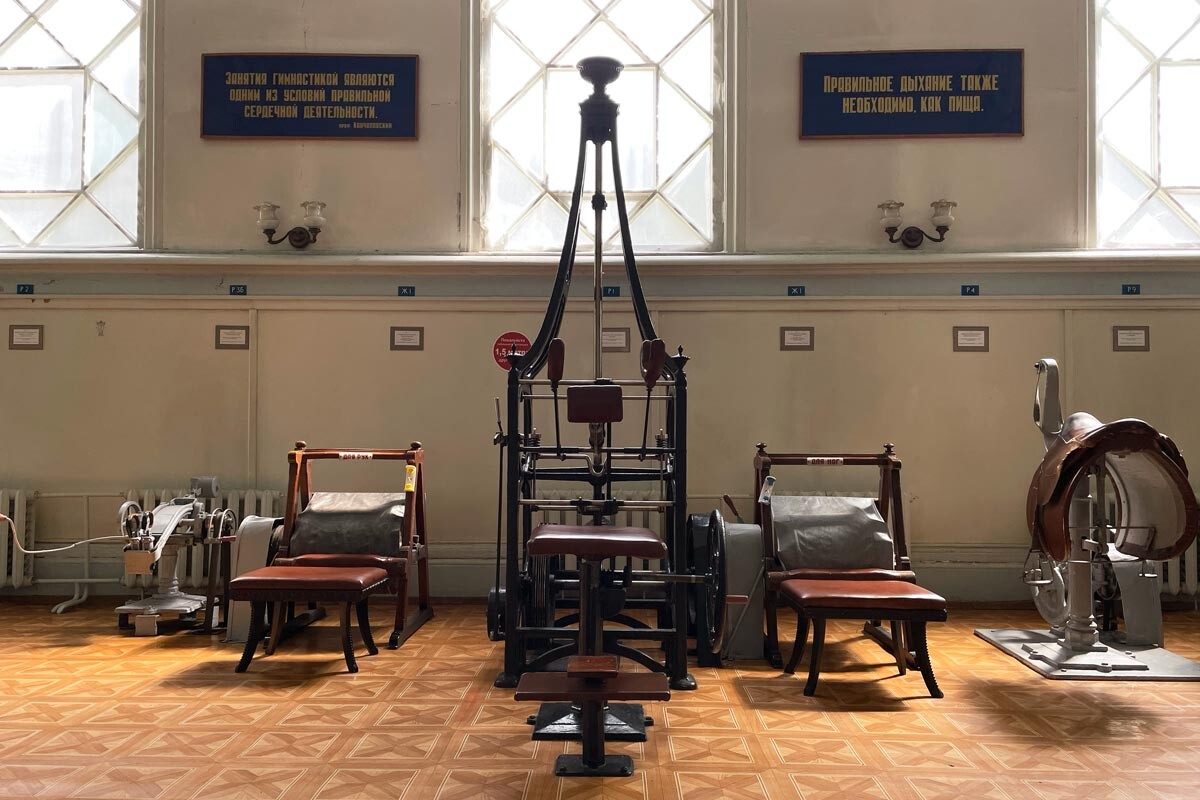