Who are the Pomors and how did they create the civilization of the Russian North? 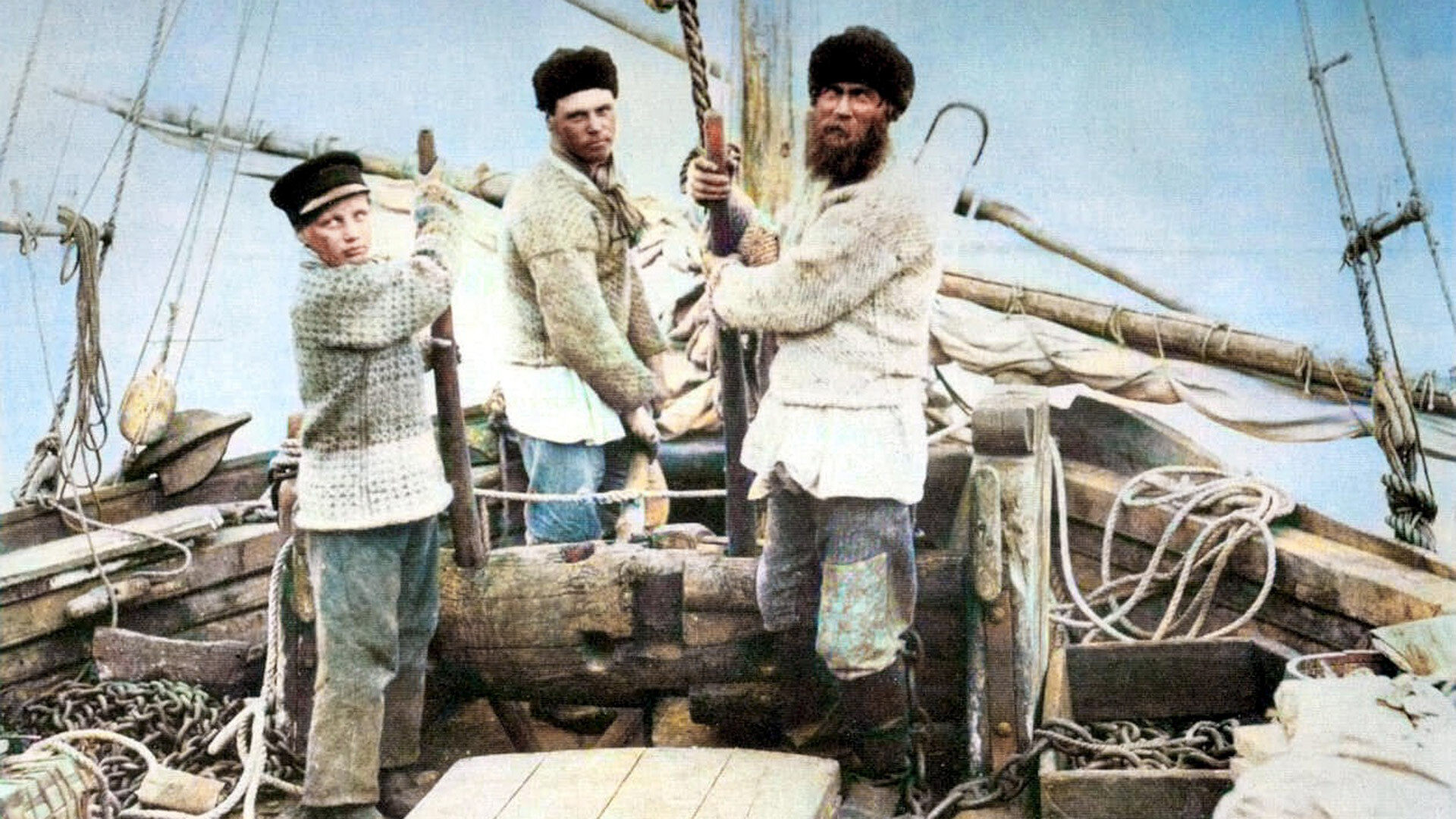 Yakov Leitzinger
Their ancestors arrived in this inhospitable land several hundred years ago in search of a better life. How did these ordinary fishermen manage not only to survive there, but also to form a distinctive cultural identity and become an economic success? 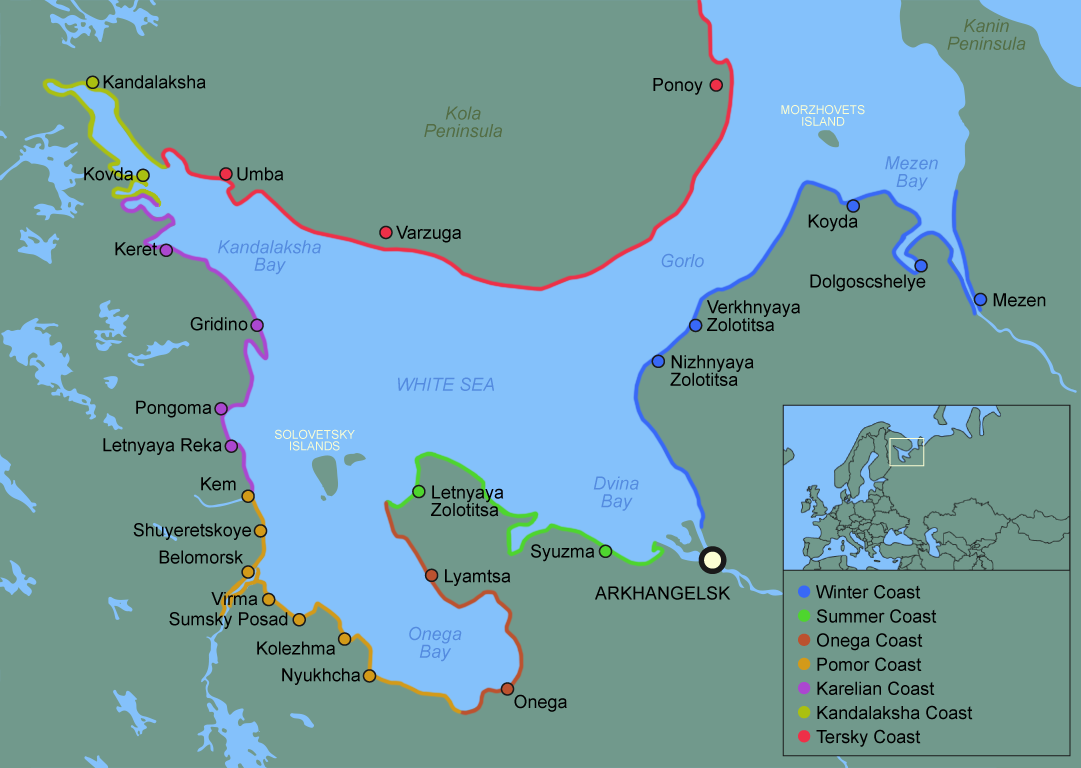 Life on the White Sea coast is hard even today. The breath of the Arctic Ocean is a constantly-felt presence. For more than half the year, the sea is icebound and the rest of the year it is whipped up by violent storms. Today, these lands look like the real back of beyond. But this was not always the case. Until the 18th century, the White Sea port of Arkhangelsk was Russia’s only window onto Europe, a role it later ceded when Peter the Great built St. Petersburg. 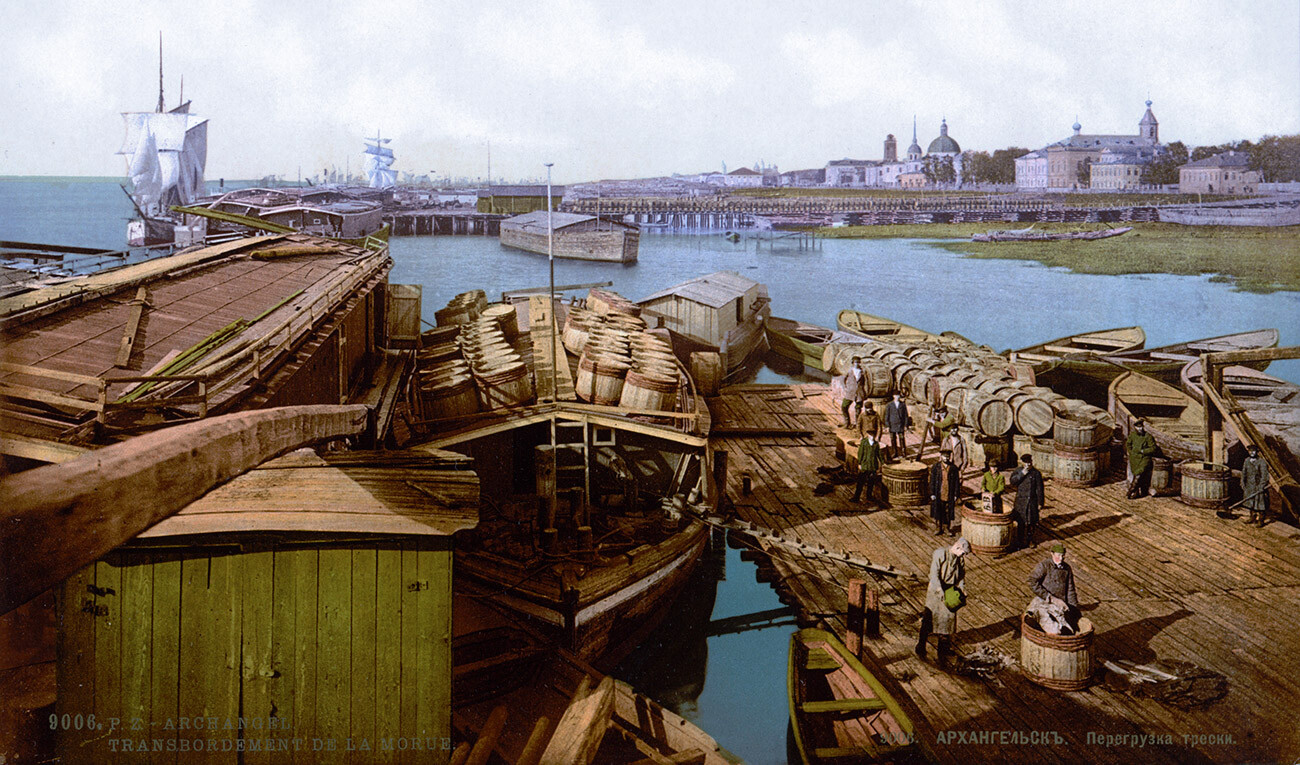 The people who lived along the White Sea coast (‘Pomor’ means a person who lives “by the sea” - po moru) faced a harsh and challenging reality. They had to have the health and endurance of a bogatyr and show fortitude and entrepreneurial spirit. They made their living not only from trade, but also, primarily, from fishing, since arable farming was essentially impossible in these bleak parts.

Where the Pomors came from 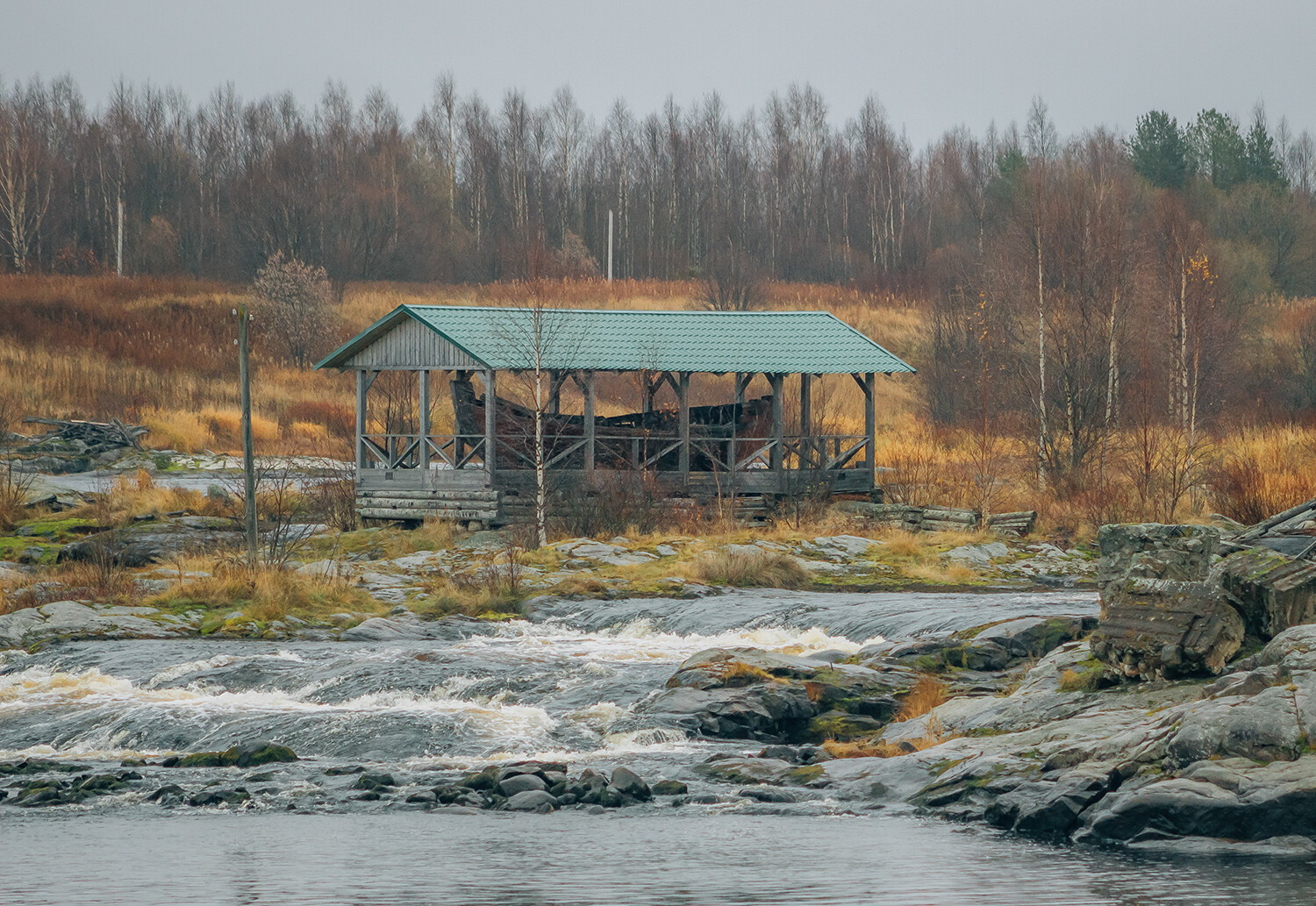 The Pomors have their roots in Veliky Novgorod. In olden times, this Russian city possessed lands in the north and competed with Moscow for supremacy. According to Pomor ethnographer Ivan Durov (1894-1938), the first inhabitants of the White Sea coast were the Sámi (Lapps) who were forced out by the Finns, who, in turn, were pushed out by the Swedes and Karelians. From the 14th century, the Novgorodians established their rule here. 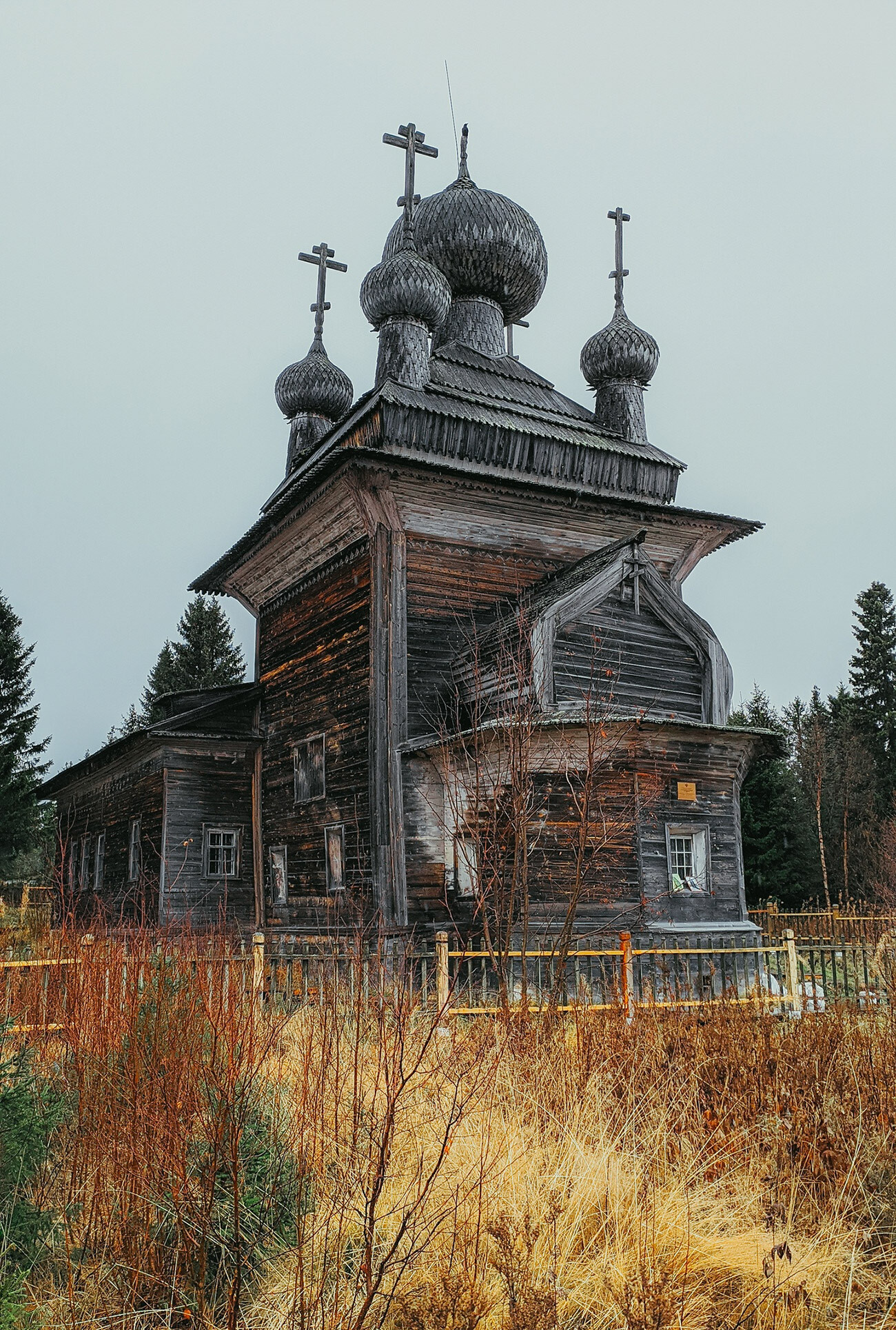 This church built in mid-XVIII century is located in the village of Virma, Karelia.

“They saw, in the untouched land along the remote, severe and icy White Sea, that a rich living was to be made out of hunting, fishing and salt-making,” he wrote. And so it proved: The Pomors were successful at fishing, boat-building and salt-making. And settlements founded by the colonists at the time are still on the map: Sumsky Posad (1436), Varzuga (1466), Umba (1466) and many others. “People got together with other like-minded individuals to form artels (associations of craftsmen) to engage in these occupations jointly. And they settled along the rivers that flow into the White Sea,” explains Svetlana Koshkina, a local historian at the Pomor Cultural Center in Belomorsk. 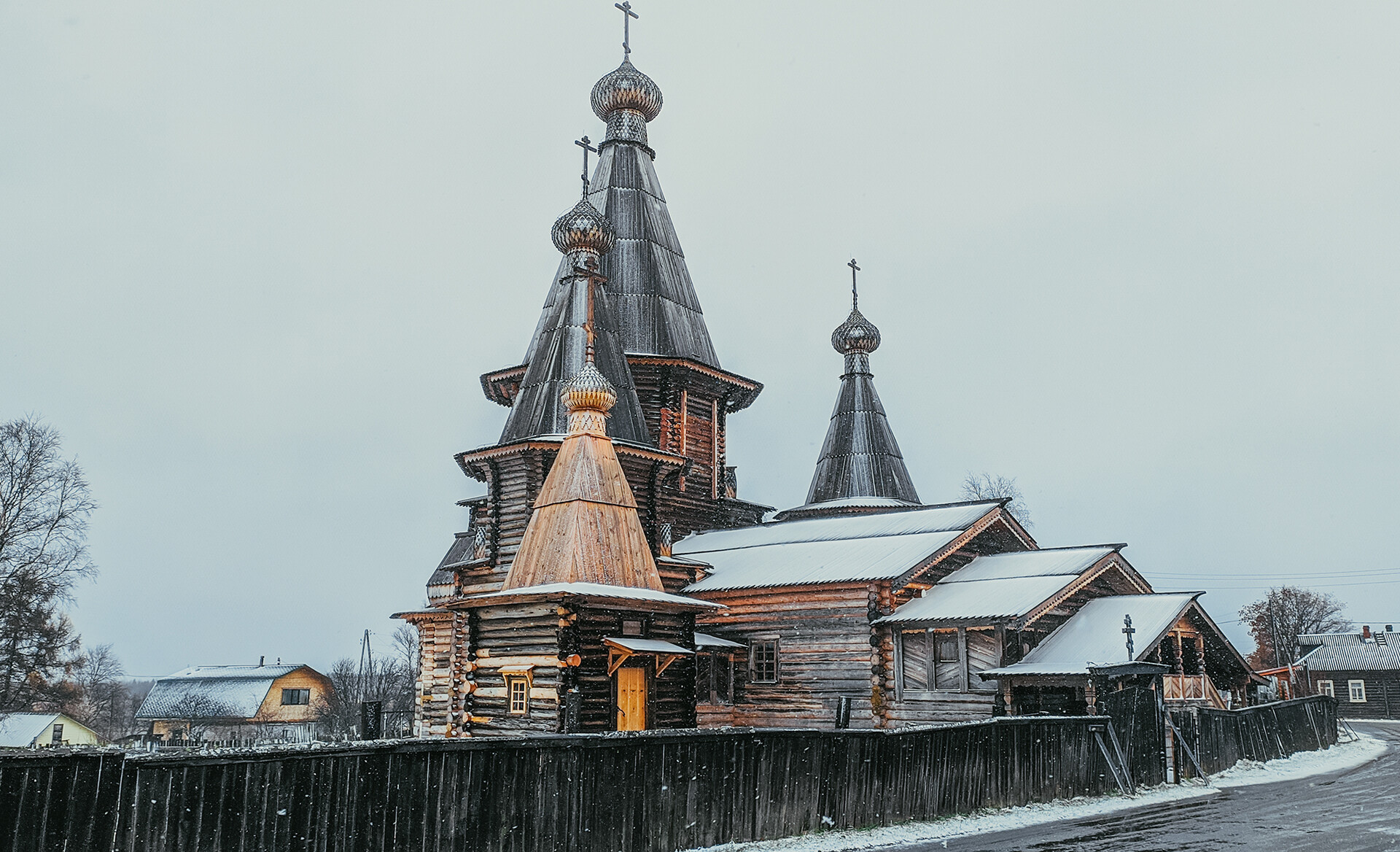 Assumption Cathedral in Kem, the beginning of the 18th century.

In the middle of the 15th century, the Novgorod authorities donated their White Sea lands to the recently founded Solovetsky Monastery. True, two centuries later, when the monastery rebelled against church reform (read more about this here), its lands were transferred to the state.

How the Pomors traded with Europe 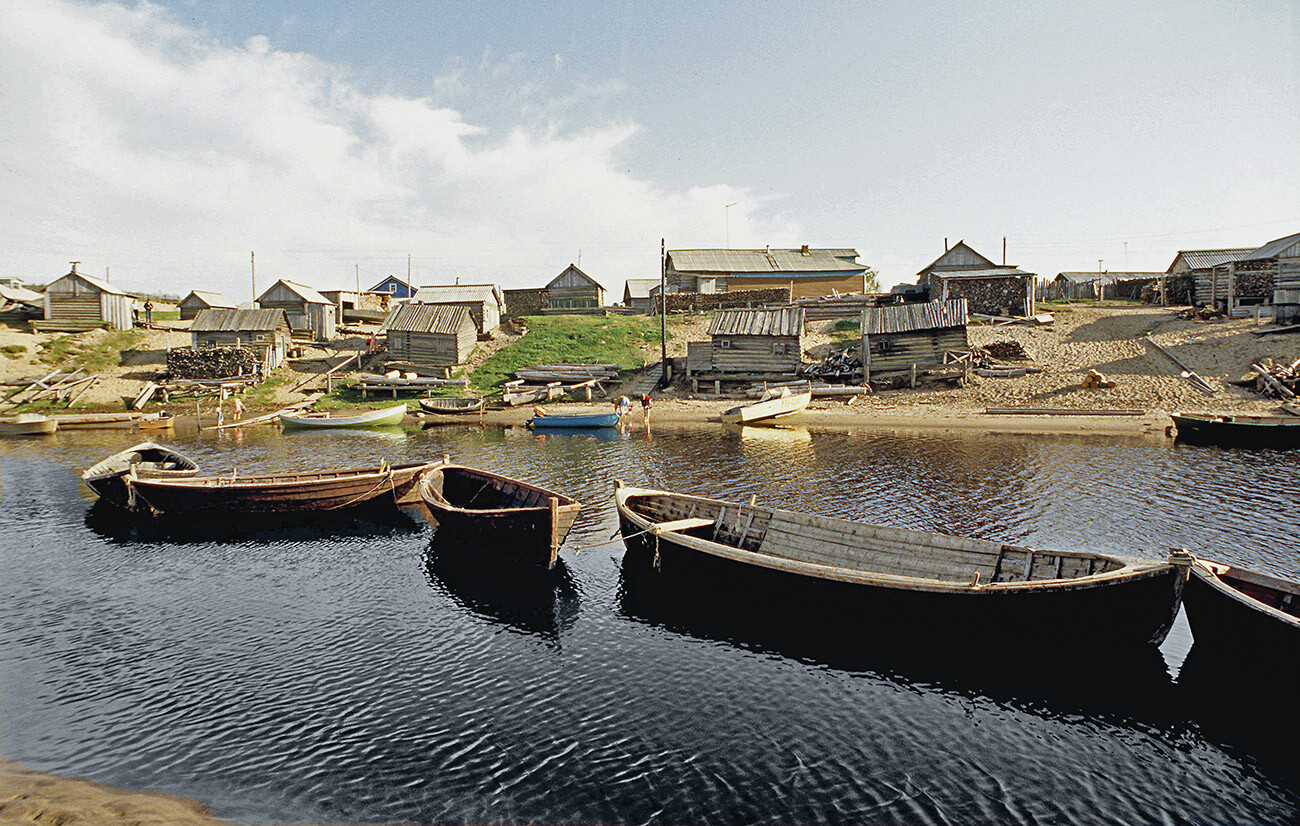 Until Peter the Great opened his “window onto Europe” via the Baltic Sea, Pomorye (the historical name of the White Sea coastal area) served as such a “window”. The Pomors marketed rye flour, flax and butter to Europeans and they would in return send their own sea-caught fish, as well as coffee, tea, fashionable fabrics and jewelry. From Arkhangelsk, the Pomors sent foreign goods further across Russia along the Northern Dvina River. 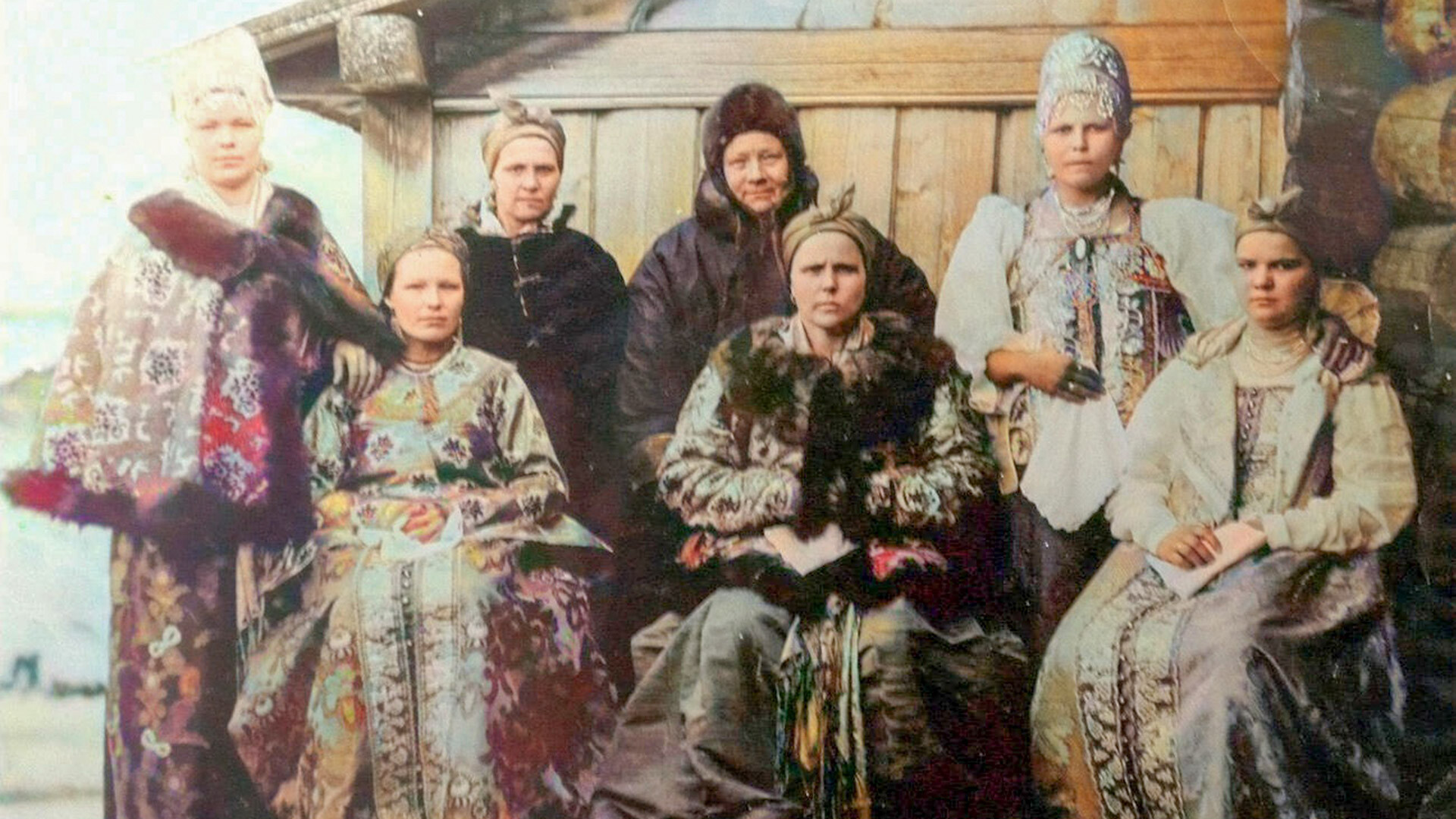 The business was profitable and the families of Pomor fishermen could afford good houses, clothes and household implements that were unavailable in other regions of the country. The traditional headdresses of married women embroidered with gold thread - povoiniks - have survived in many families, according to Irina Ilyina, who studies and teaches Pomor crafts in Belomorsk. “Craftswomen used to sell several thousand of the flat portions of povoiniks at a single fair and we have items that are more than 150 years old,” she says. 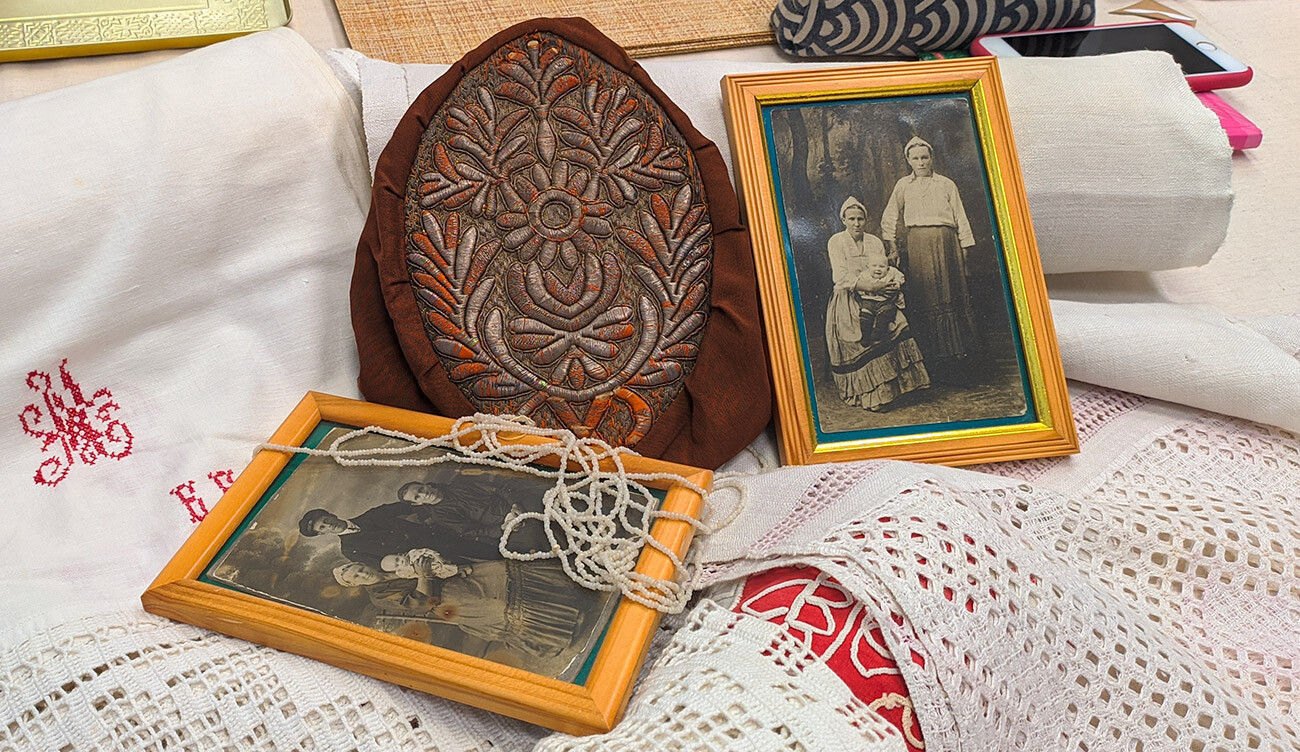 “On this photograph from the 1930s, my grandmother Kapitolina and great-grandmother Vasilisa are wearing the same kinds of povoiniks, but with strings of pearls,” says her student Olga. “I’m also wearing my great-grandmother’s earrings - the same ones as in the photograph. Grandmother is also wearing a bracelet and a chain with a pendant. They didn’t live badly. The Pomors had a saying: “The more beautiful the wife, the smarter the husband.” In dressing up his wife, a man was making a name for himself. “I’m going to embroider a povoinik and go around like that in the summer.” 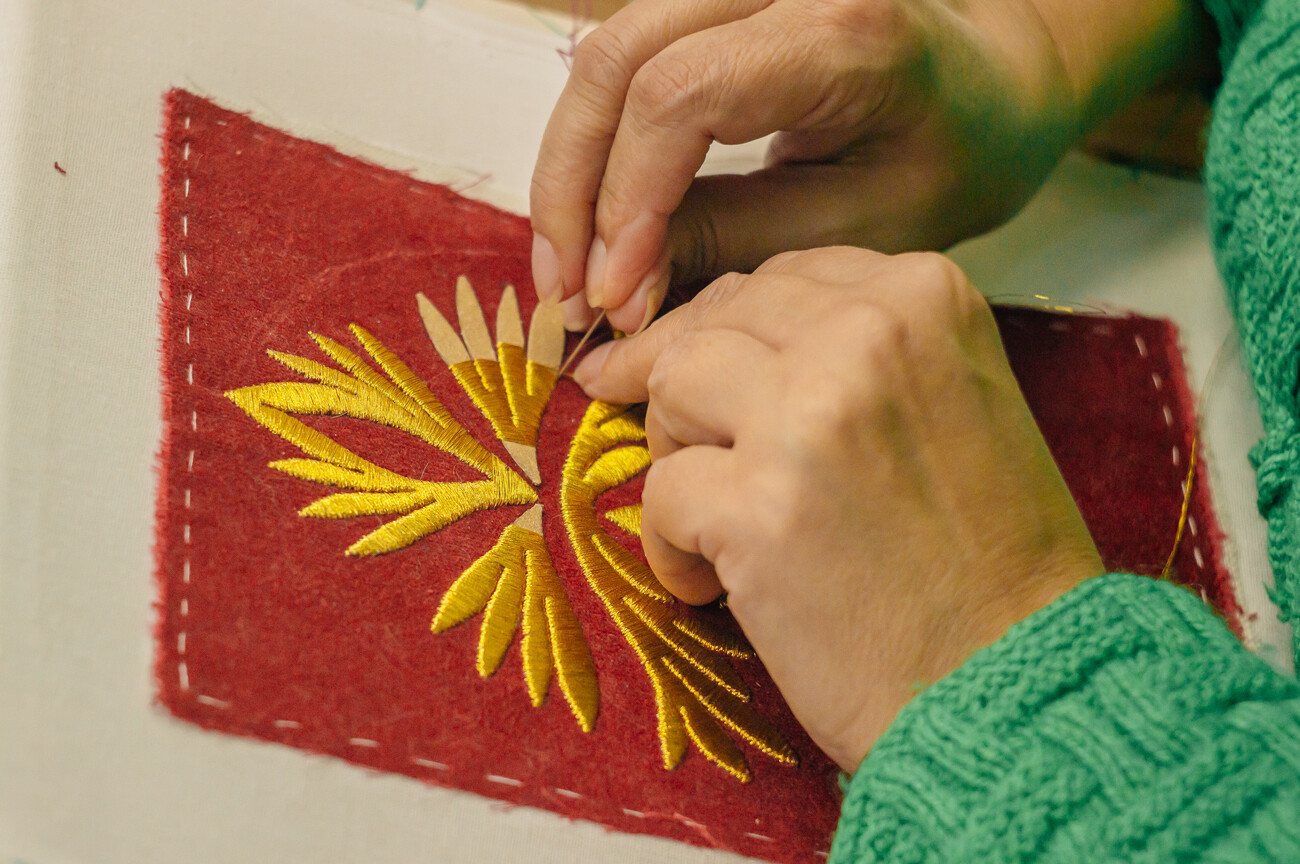 Studying the gold embroidery in Belomorsk.

How do the Pomors speak and what do they sing about?

The Pomors have a distinctive northern mode of speech that a present-day Russian would have great difficulty in understanding. For instance their equivalent for barkas, a Russian word for boat, is karbas and they call a sickle-shaped scythe a gorbusha (literally a ‘hunchback’ scythe). They used to say, “the sea has taken him” when someone died. These words and phrases have come down to us thanks to ethnographer Ivan Durov and his 12,000-word dictionary from 1934. (read more about this here)

“Villagers have still retained a particular speech intonation, pronouncing an unstressed ‘o’ as if it were stressed and a ‘ch’ as if it were a ‘ts’,” says the director of the Pomorye People’s Choir, Viktor Vasilyev. He has spent almost half a century collecting Pomorye folklore, traveling to remote White Sea villages. He has managed to record tens of thousands of bygone songs in their original versions. “The Pomors sing about love, about the winds, about the sea, about waiting for the return of their menfolk from fishing. Moreover, the songs are performed, as a rule, by several voices without an instrumental accompaniment, with the singers retaining their distinctive dialect.” The members of the choir under his direction continue to sing today in the same way as the Pomors sang in the past. 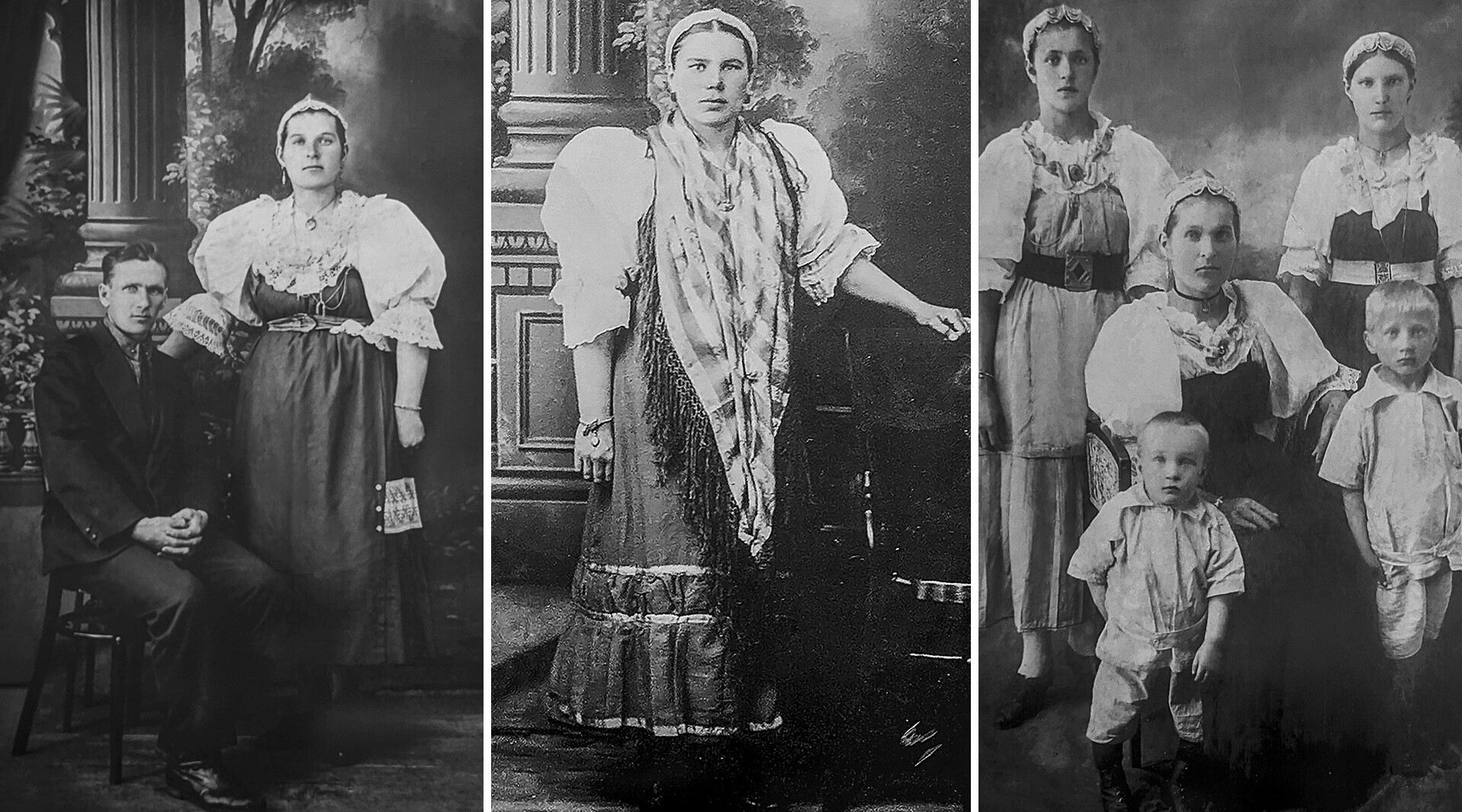 Aside from that, the Pomors had a separate language for communicating with the Norwegians - Russenorsk (also known as Moja på tvoja), which had evolved by the 18th century. Around 400 recorded phrases, both in Latin script and in Cyrillic, have come down to us. For instance, “drasvi”  - “hello!”, “kak sprek?” - “what are you saying?”, “kak pris?” - “what’s the price?” Linguists note that the number of Russian and Norwegian words is roughly the same, which demonstrates that both sides were on an equal footing as partners. The language virtually disappeared after the 1917 Revolution when unhindered contacts between the Pomors and the Norwegians effectively came to an end.

How do the Pomors live today? 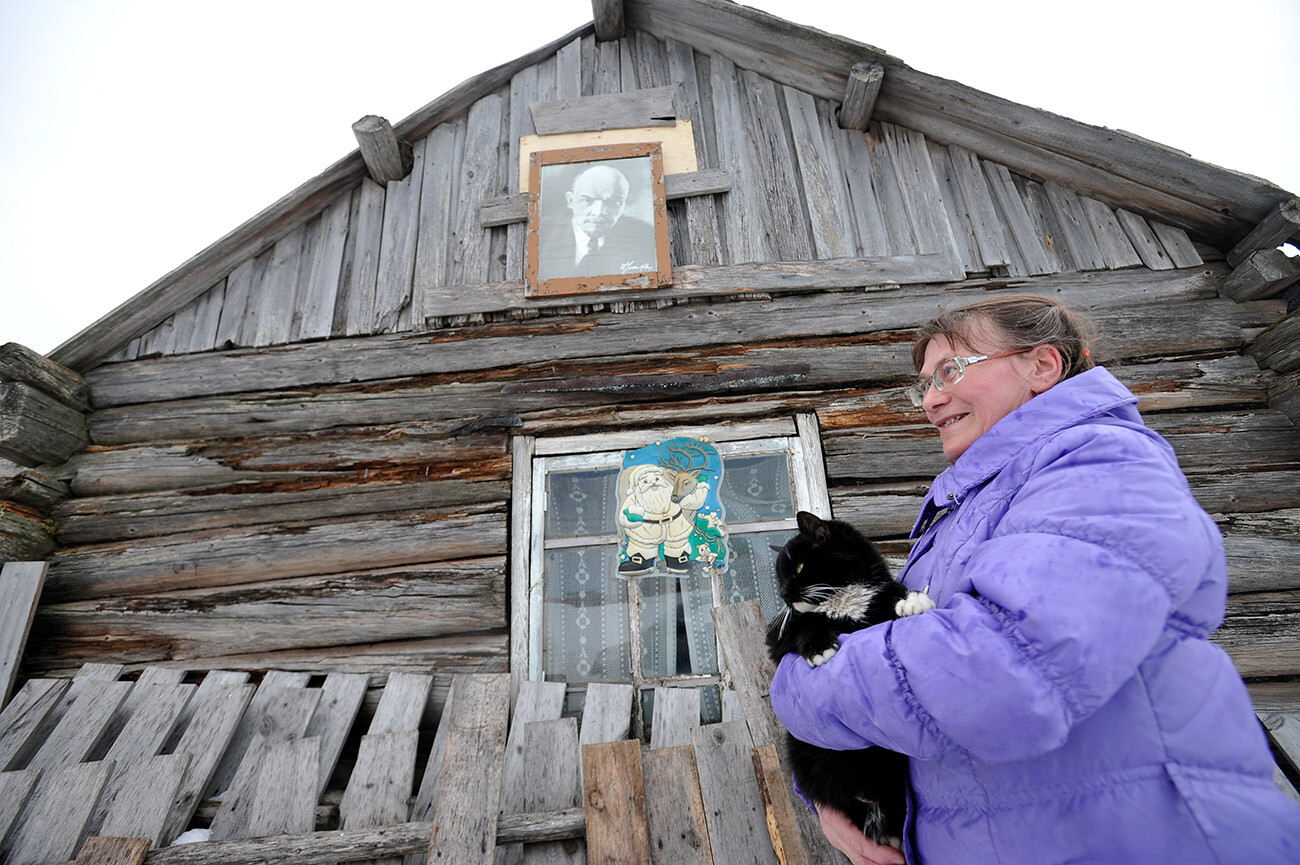 The Pomor villiage in Murmansk Region, 2016.

A little over 3,000 people identify as Pomors in Russia today (according to the 2010 All-Russian Census). Nevertheless, historians still haven’t reached full agreement on who the Pomors are: A separate people, a sub-ethnos or simply Pomorye dwellers. The Pomors themselves believe that only someone who not only has Pomor roots and lives by the sea, but retains close connections with it, can go by this name. 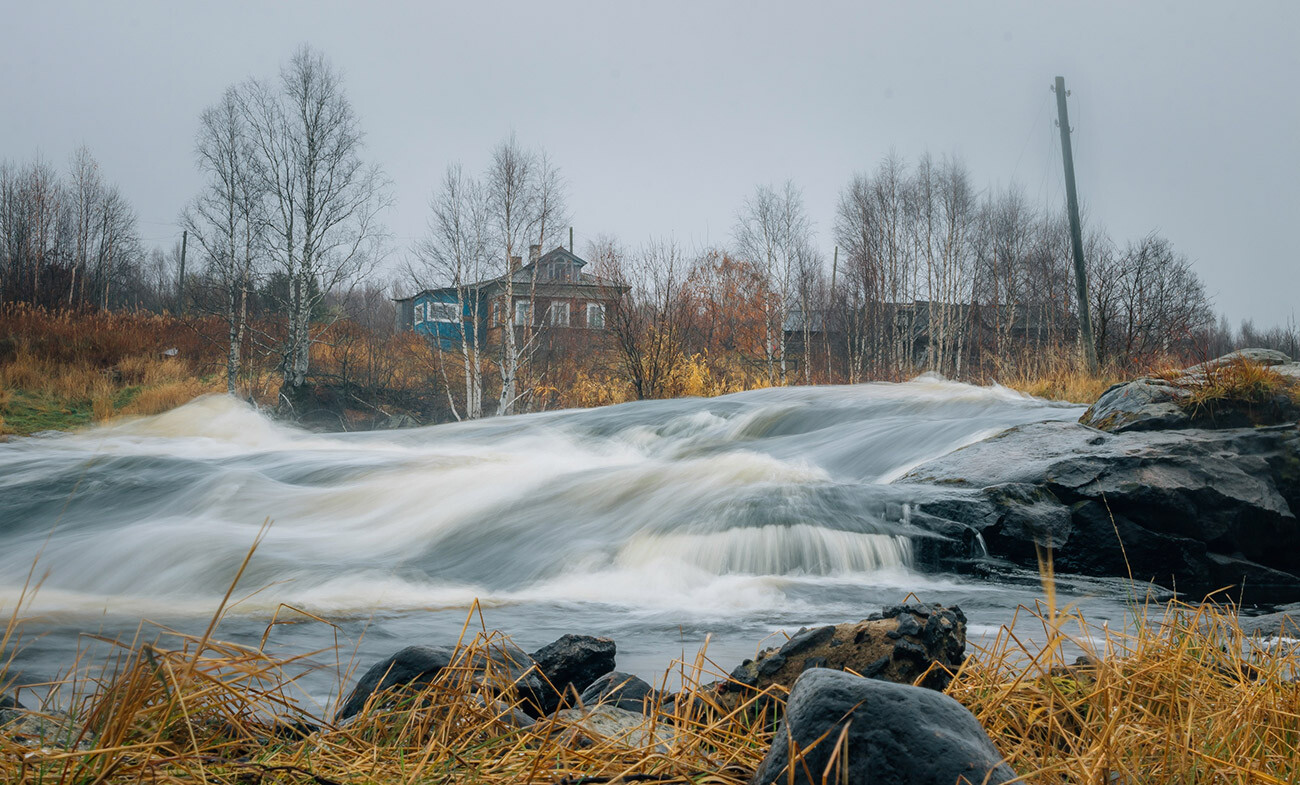 “In my understanding, it is not just someone who lives in Pomorye, but he must necessarily pursue a traditional Pomor occupation,” says Svetlana Koshkina. “My husband’s roots are in Virma and Kolezhma. He has spent his whole life fishing. He knows how to tie a net and make a boat that is held together with rope and his relatives cannot imagine life without fish - they say that their ‘ears curl up into a spiral’ if they haven’t eaten any recently. And they are all Pomors. Our sons, however, have different interests altogether and I don’t regard them as Pomors, even though they live in Pomorye in a Pomor family.” 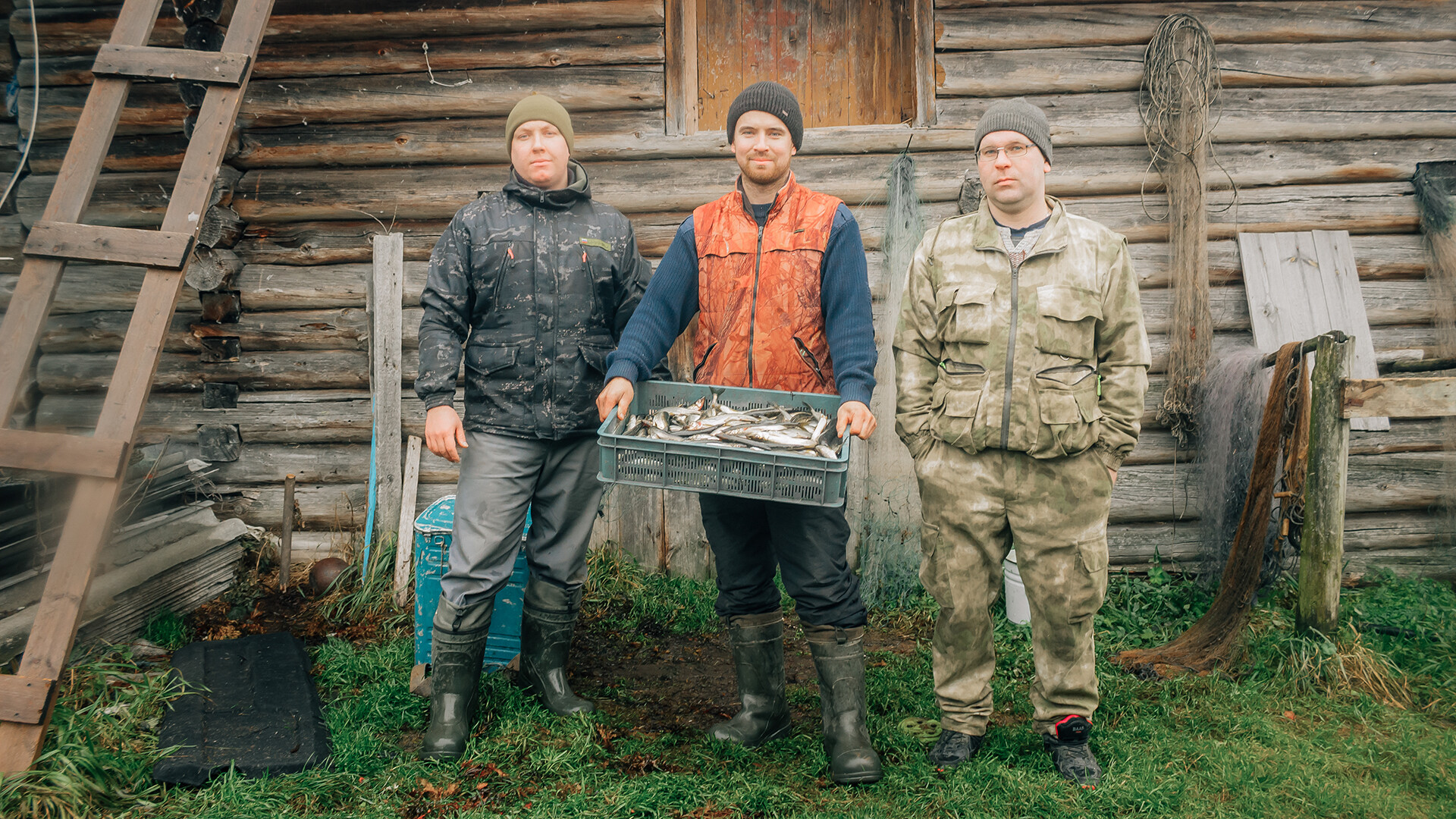 Young pomors from the villiage of Kolezhma.

Young people, here as elsewhere, are keen to move to the city. At the same time, there are also villages on the shores of the White Sea that maintain a traditional Pomor way of life. We visited the fishermen in the ancient village of Kolezhma and discovered why young people are returning to their birthplace. Follow us on social media to make sure you don't miss our report.