6 of the most unusual Russian churches 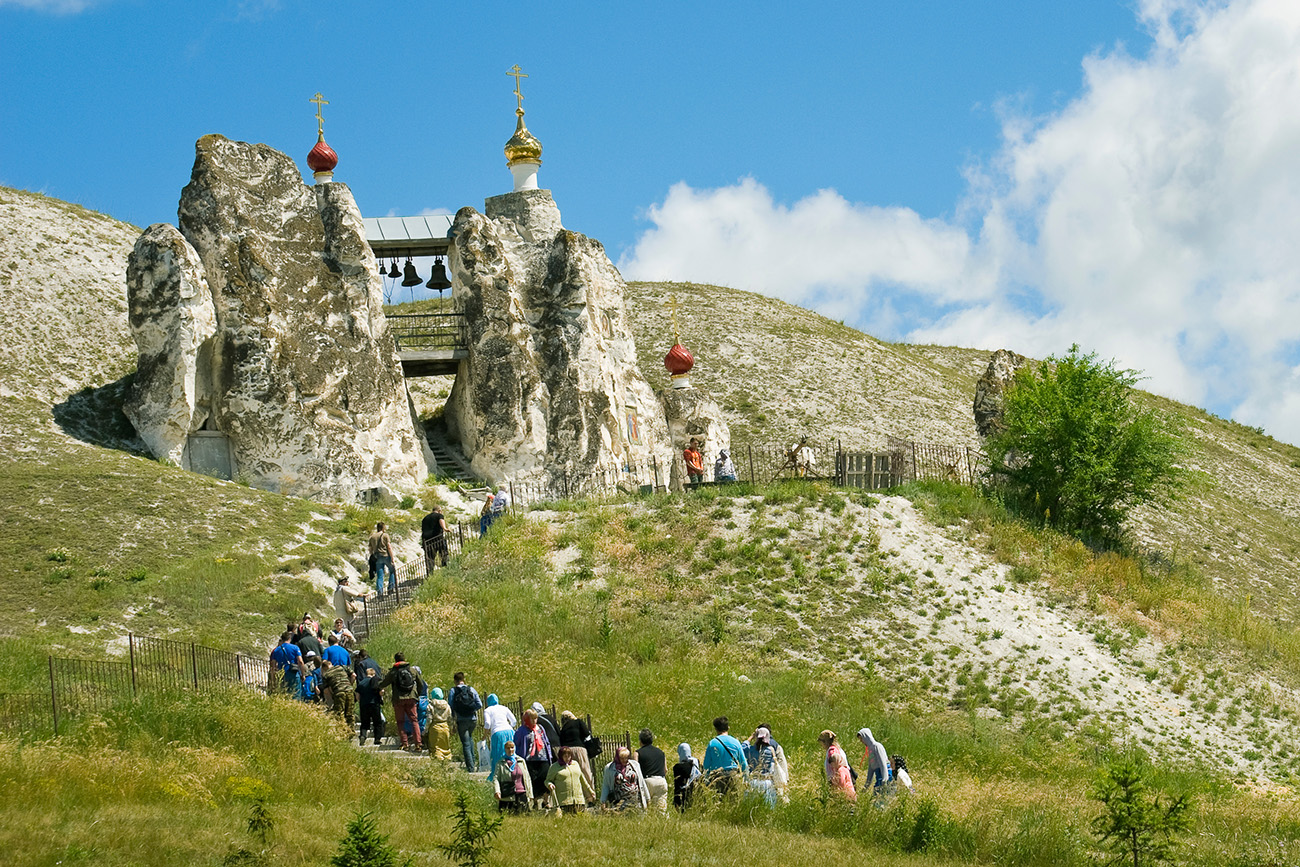 Lori/Legion-Media
How to set yourself apart in the land of wooden churches and golden domes.

1. The Temple of All Religions in Kazan 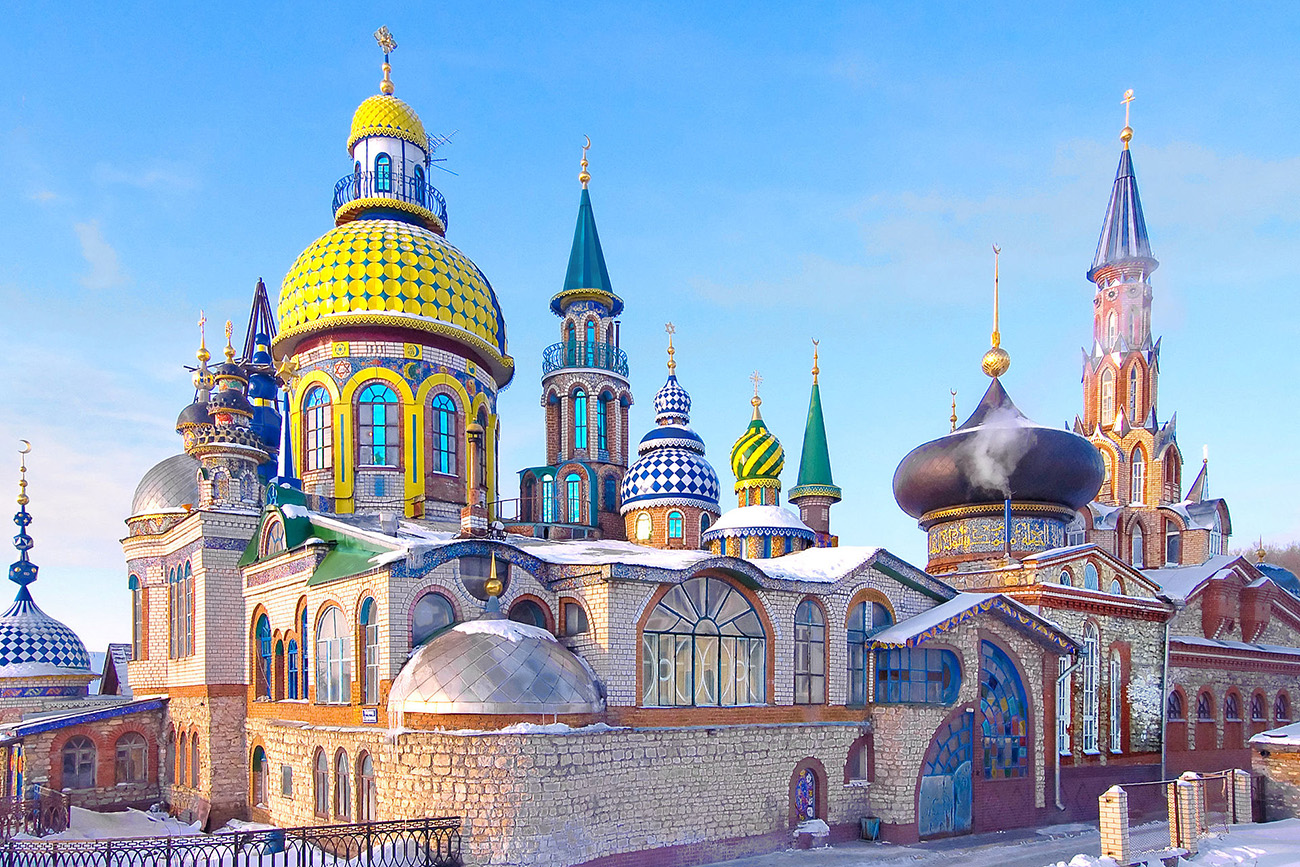 Although the roof of this edifice is crowned by domes with Muslim crescents and Christian crosses, the "Universal Temple" was not conceived as a place for people of different religions to pray together.

Ildar Khanov, an artist and philanthropist from Kazan, built the temple hoping for the eventual end of religious conflicts and the invention of universal monotheism as a religion for all the people of the world, so no services are held here. Since the artist's death in 2013, the unconventional landmark has become a popular tourist attraction, maintained at the expense of private sponsors.

2. The Church of Our Lady of Vladimir in Bykovo 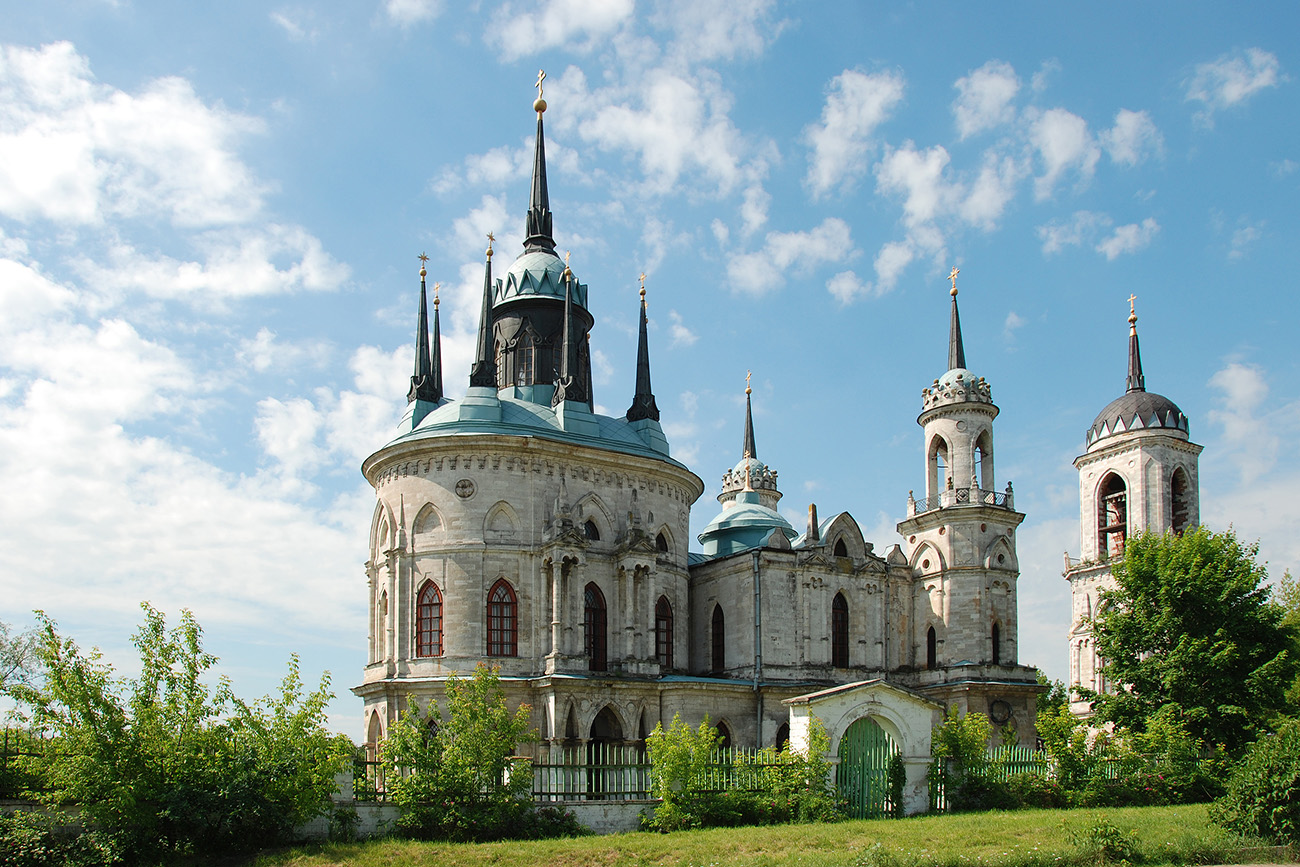 This two-story neo-Gothic castle in the settlement of Bykovo 40 kilometers away from Moscow looks nothing like your average village church. Its construction was ordered at the end of the 18th century by General Mikhail Izmailov, the master of the Bykovo estate. To build it, he hired architect Vasily Bazhenov, the one who had displeased Empress Catherine II with his design for her Moscow residence, Tsaritsyno. In the 1930s, the church was desecrated: After being looted, it served as a warehouse. Later, it housed a sewing factory. After its renovation in 1989, the church has been open every day, with services held on Saturdays and Sundays.

3. The Church of Our Lady of the Sign in Dubrovitsy 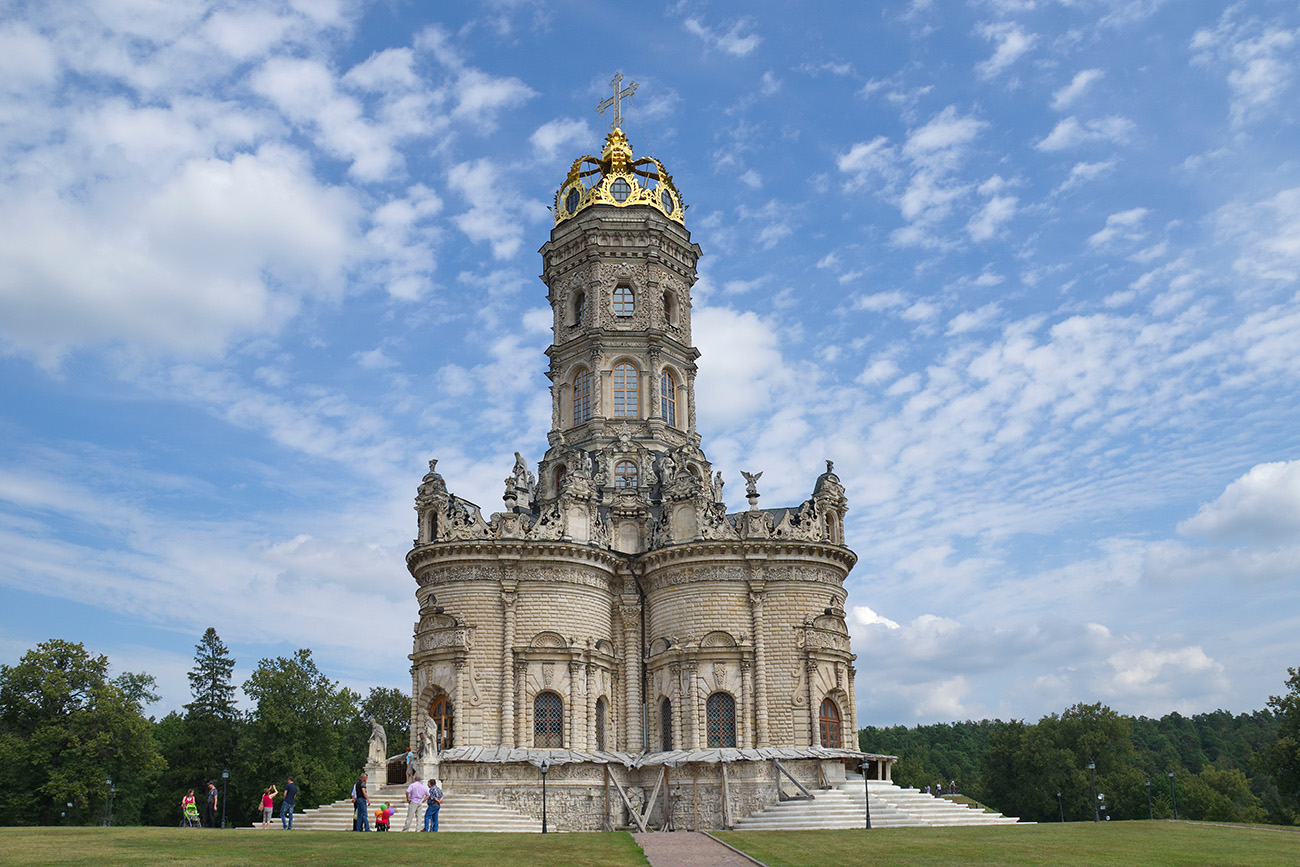 Prince Boris Golitsyn, a supporter of the young emperor-to-be Peter I, erected the Church of Our Lady of the Sign in 1703 in Dubrovitsy, one of his estates near Moscow (60 kilometers away). The church, which is the same age as St. Petersburg, was turned into a museum in the early 20th century, survived the wave of cathedral demolitions in the 1930s and did not reopen its doors to believers until 60 years later. 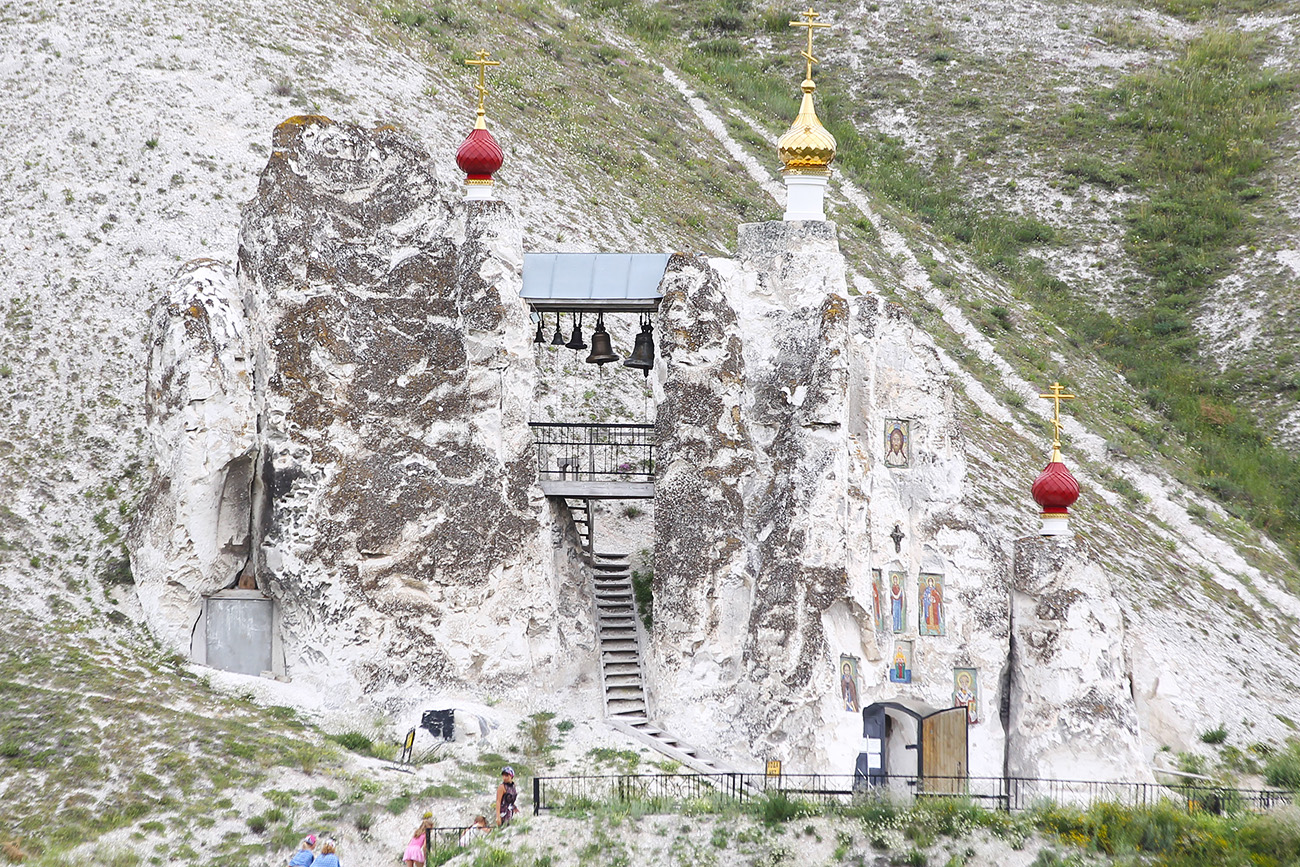 Historians have not come to a unanimous conclusion as to who dug the caves and built the churches in the chalky rock of the Voronezh Region (800 kilometers away from Moscow): The local community of hermit monks in the 17th century or the Christians who came here from Byzantium in the age of Iconoclasm in the 8th century. Kostomarovo Convent is one of the oldest strongholds of Christianity in modern Russia.

After the revolution of 1917, the convent was closed, but many of the hermits continued living in caves secretly. Two and a half decades later, WWII engulfed the convent: the surrounding area was occupied in 1942-1943, and locals came to seek refuge within its walls.

In 1997, the convent resumed religious services: in summer, they are held in the Cave Temple of the Savior, and in winter, they are held above ground, in the Church of the Most Holy Theotokos.

5. The "Easter Cake and Paskha" Church in St. Petersburg 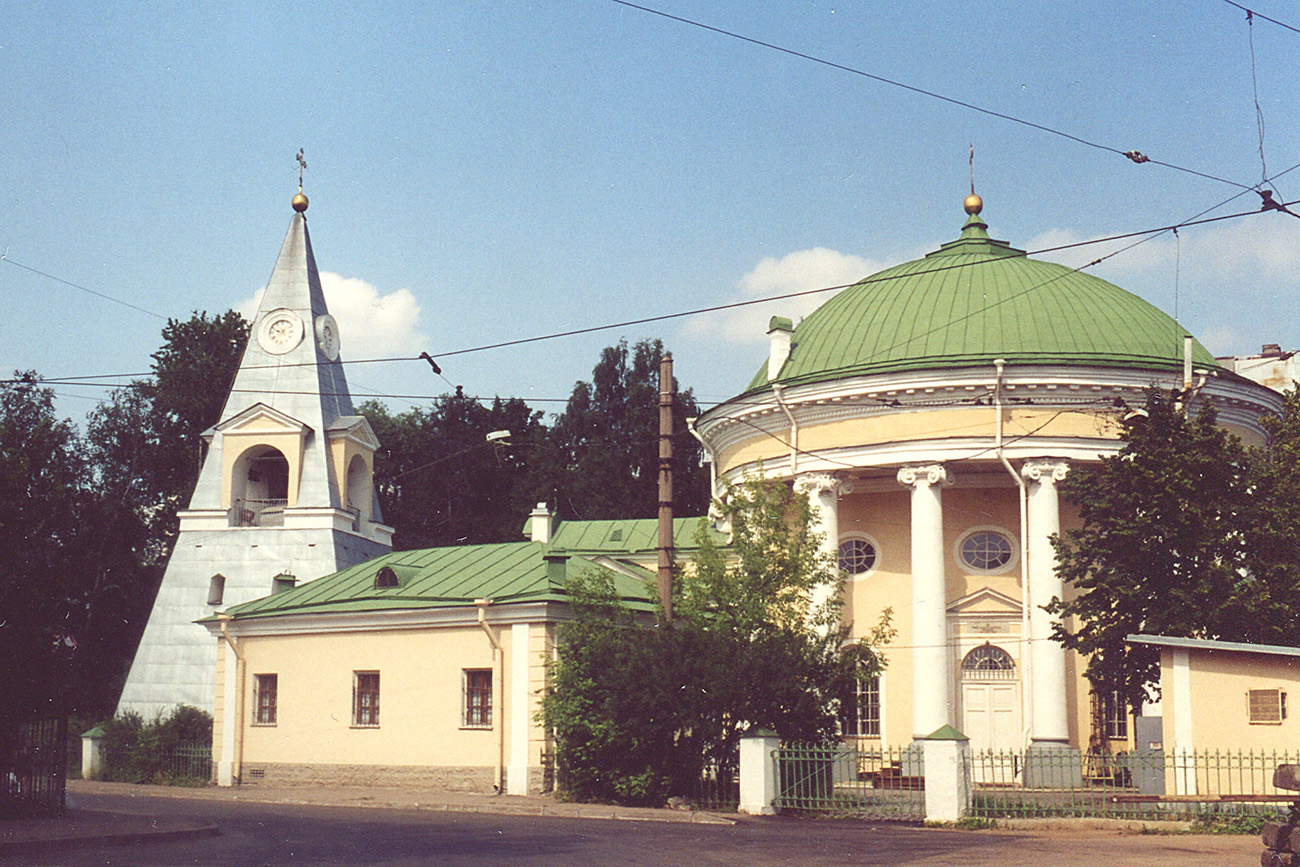 The unconventional design of this 18th-century church was no architect's whim – it was ordered by the commissioner, Prince Alexander Vyazemsky. Consisting of a church and a belfry, the ensemble imitates the shapes of traditional Russian dishes: Paskha, a pyramid-shaped dessert made with tvorog, and kulich, the Easter cake, a sweet-dough pastry with a spherical top. These dishes are cooked only once a year - at Easter.

6. The Beaded Church of St. Anastasia the Pharmakolytria in Crimea 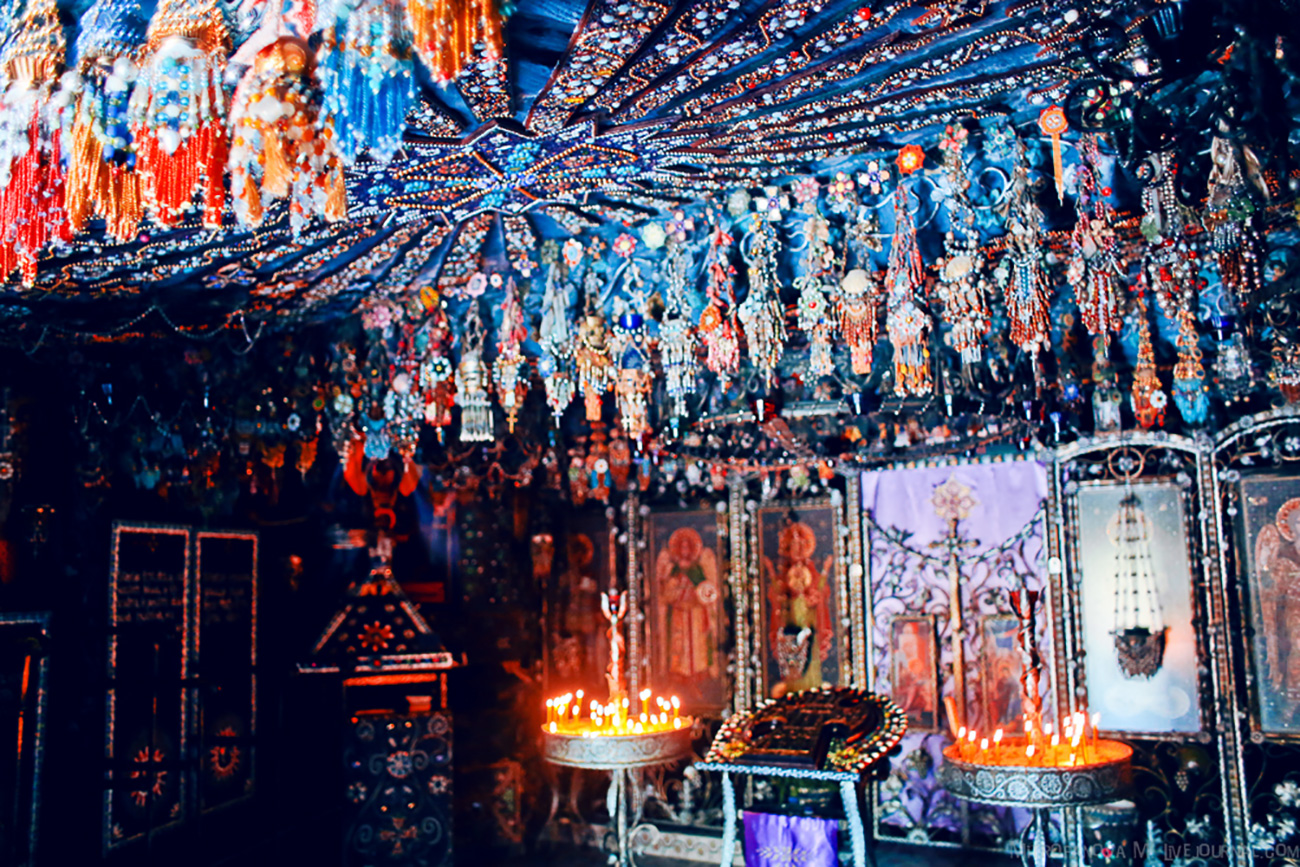 In the Tash-Air Gorge, on a mountain slope near the cave town of Kachi Kalyon in Crimea (1500 kilometers away from Moscow), a tiny priory bearing the name of Saint Anastasia of Sirmium is nestled away from prying eyes.  Just travel for 15 minutes up the slope from the foot of the mountain along a narrow path paved with old car tyres through thick shrubs on the edge of a precipice - and you’re there.

Like most churches in the USSR, it suffered a fatal blow - it was detonated in 1932, and the renovation was begun only in 2005. The entrance shaft, neglected for decades, contained very humid air that was quickly destroying the paint on the walls. This is why the monks have decorated the cave temple by encrusting it with thousands of beads and multicolored stones, each of them unique.

Since the 8th century, Crimea has seen many changes of residents and authorities, but St. Anastasia Church has survived all of them: It was admired by 19th-century travelers and is still cherished by modern-day explorers of the peninsula.