Building sport programs from the ground up 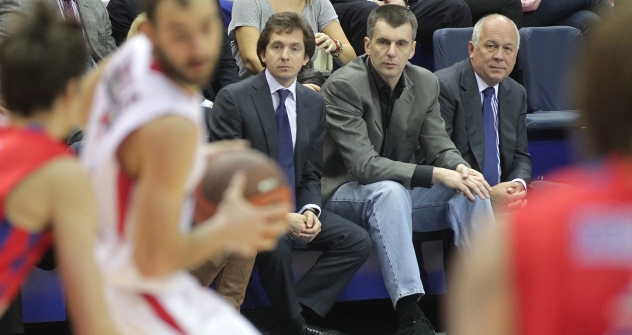 Mikhail Prokhotov: "Our mindset is such that when we go to the Olympics we have inflated expectations." Source: ITAR-TASS

As Russia continues its battle for Olympic medals, opposition political figure and businessman Mikhail Prokhorov, who is also the long-time head of the Russian Biathlon Federation, told Margarita Polyanskaya of Kommersant FM how he is rooting for the Russian team.

Mikhail Prokhorov: Well, I follow many sports. My father used to work at the Sports Committee, he was the head of the external relations department of the red machine that thrashed everyone for 25 years. So I’ve been following practically all sports since the age of five.

Kommersant FM: Do the results of our athletes so far make you happy or unhappy?

M.P.: Of course I’m sure we’re all rooting for our team and we would like to see better performance from our guys, but our best sports still lie ahead, although the swimmers were disappointing. But the brilliant judo wrestlers sprang a pleasant surprise on everybody.

Kommersant FM: But still, even though “our” sports still lie ahead, what’s your general impression of our team’s performance? Many experts feel that things are bad, and worse than expected.

M.P.: Our mindset is such that when we go to the Olympics we have inflated expectations. Maybe this is not bad. The problem is that we should compare our sports system with the way systems function in other countries, for example America and China, the two biggest sporting powers. As someone who is into sports, and let me remind you that I am the president of the Russian Biathlon Union, I see some systemic problems in major sports.

Kommersant FM: Such as?

M.P.: I think we have very blurred boundaries of responsibility between the Ministry of Sport, the regional authorities and the sporting federations. There are many hitches that prevent the system from developing better.

Kommersant FM: Wasn’t that  also true of the Soviet Union? Mr. Zyuganov [head of the Communist Party of the Russian Federation] has said that we have lost the system for training athletes, which China, for example, has borrowed from us. Do you agree with this view?

M.P.: Not completely. Yes, the Soviet Union had a certain system of training. At the time it was the best in the world. But let us not forget that until 1991 or thereabouts, sports in the leading countries were an amateur activity, while in the Soviet Union it was de facto professional because it boosted the country’s prestige. But in the beginning of the 1990s, we lost something, mainly due to economic reasons in connection with the break-up of a large country. In the West, amateur sport has become de facto professional through sports clubs. The advantage of the Western countries in technology and the production of high-tech goods quickly translated itself into positive results in major sports. If we compare international sports today and 25 years ago, today sports are much more high tech. The Soviet system was adopted , as we know, by Germany and some other countries, they developed this model, changed it substantially, so it is not appropriate to compare what was going on 25 years ago and what happens today.

Kommersant FM: I think it would take us many years to catch up with our rivals.

M.P.: Basically, if you look at cycles, to catch up in the sports where our lag is critical would take two Olympic cycles. It is not about finding one or two stars, but about raising the whole system so that it produces more and more stars. One should begin with children’s sports and review the whole system.

Kommersant FM: What lessons should be learned by our sports authorities as they prepare for the 2014 Sochi Olympics, although time is very short?

M.P.: We should complete the construction of Olympic facilities as quickly as possible, think through the logistics, how the guests and athletes will move before the competitions, considering the specificities of Sochi. As the head of biathlon, I would like our facilities to be launched before this season so that our athletes have a competitive edge over others, so that we could train our athletes this year, as early as possible.

Kommersant: And my final question: What place will we be in on the medals table?

M.P.: My forecast is the same as anyone’s: third or fourth place. Indeed third place is up for grabs because the UK has also missed many of its medals.

This interview is abridged from the original, which is available in Russian in Kommersant FM.