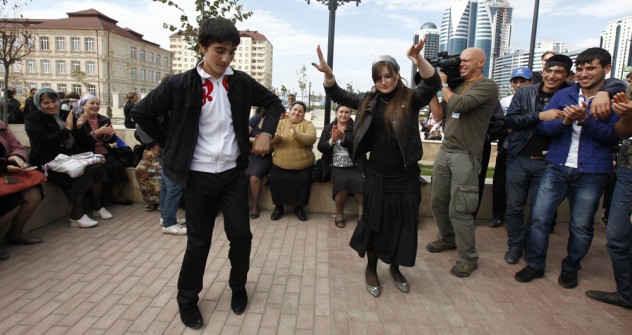 A recent study comparing the quality of life enjoyed by people living in different parts of Russia finds life in the regions more fulfilling.

While many people move from regional areas to seek a better standard of living in Moscow, it seems that those in the regions are generally happier with their lot. A joint study conducted by the NewsEffector monitoring agency and the Russian Regions’ Regional Research Fund found that when it comes to places that people love living in, Moscow is ranked way down at number 52 on the happiness index, while top position on the list is taken by the Chechen capital, Grozny.

Almost 27,000 people from Russia’s 100 largest cities were asked how satisfied they were with their financial status, the local environment, the pace of development and their overall standard of living. Lastly, they were asked: “Are you happy in your city?”

The researchers discovered that, despite the conventional wisdom that money can’t buy you happiness, material well-being does indeed matter. The Siberian city of Surgut, located deep in the taiga, is one of Russia’s main oil-producing centres. While it has not undergone rapid development and doesn’t have a favorable living environment with its bitterly cold climate, the city is the country’s leader is terms of its residents being satisfied with their income (71 percent ). This helps explain why the city is number four on the happiness index.

“The average monthly wage in Surgut (around $ 1,700) is about twice as high as the national average,” says Andrei Korovkin, from the Institute of Domestic Economic Forecasting at the Russian Academy of Sciences. Nizhnevartovsk and Tyumen, two other oil-making producing centers, also made it into the top 10.

While residents of Moscow and St. Petersburg are also mostly happy with their financial situation (67 percent and 61 percent respectively), the overall picture is spoiled somewhat by the rate of municipal development in the two capitals (as Russians call them). Furthermore, Moscow does not rate very highly in terms of the living environment. Only 13 percent of Muscovites say that they have enough fresh air, which is only slightly better than in some heavy industrial areas, such as Bratsk (3 percent) and Magnitogorsk (8 percent).

Looking for a warm climate and clean air

Sociologists say quality of the environment is one of the most important factors determining happiness for Russians. Indeed, cities on the balmy Black Sea and in the temperate Caucasus received high ratings for their living environment, including Vladikavkaz (71 percent), Grozny (68 percent), and Sochi (65 percent). And Grozny was overall favorite.

But it seems a warm climate and clean air are not in themselves always enough to guarantee happiness. Vladikavkaz, ranked number one on the environmental list, was only number 40 on the overall happiness index. This can be put down to the low level of material wealth there, and a relatively high dissatisfaction level with the development of the city.

“Don’t expect a mass migration south just yet,” says Olga Solomatina, a lecturer in sociology at the Higher School of Economics. “The Caucasus and the European part of Russia are drastically different in their mentality and way of life. It’s very hard for newcomers to the city to socialize. I can’t imagine the lengths that Muscovites must have to go to become accepted in Chechnya.”

Satisfaction with the urban development of cities seemed to let many cities down, but there are some exceptions, the most surprising of all being Grozny. NewsEffector director Sergei Moroz admitted the top rating of the Chechen capital came as a bit of a surprise, even to the researchers.

Grozny was lying in ruins 10 years ago, and the aftermath of the two Chechen wars could be seen in every street of every neighborhood. The authorities had to rebuild the capital from scratch; no other Russian city has been so dynamically changed in recent years. Massive cash injections from the federal budget have really helped to transform the city. Now, a total of 73 percent of citizens are happy with the way Grozny has been built up.

“Incidentally, Grozny has changed dramatically for the better in the past few years,” adds Moroz.

Kazan is the runner-up in this category with 52 percent, compared with the overall average figure of 30 percent of residents who are happy with the development of their cities.

Overall, the cities ranked in the top 10 are striking in their diversity. Russians considering a move have a wide choice: there is subtropical Sochi; Surgut, with its cold climate but high rates of pay; industrial Tyumen and agrarian Krasnodar; peaceful provincial Yaroslavl and million-strong Kazan.

However, there is one feature common to all of the top cities: they are located in the west and centre of Russia. Surgut and Tyumen are the only representatives of the Asian part of the country.