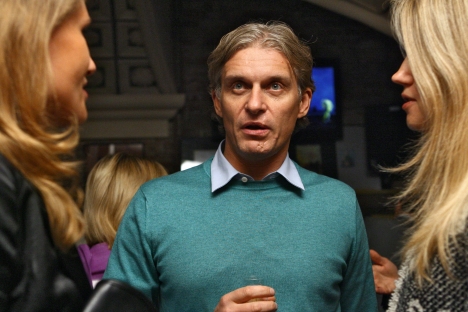 Consumers, particularly in the country’s urban centers, are adopting Internet banking at a fast rate. From 2010-2011 the number of users more than tripled.

The most active  users of services are men aged 25-34 with  higher than average incomes.

Most clients of Russian bank Tinkoff Credit Systems (TCS) do not even know where its sole office is located. That’s because the bank, founded by Oleg Tinkoff in 2006, was one of the first online banking systems in Russia that allowed users to access services via a mobile phone or computer. Today, TCS’s services are used by about two million people - and in TCS’s wake, others are beginning to develop their own offerings.

In 2010-11, the number of Internet banking users in Russia increased 3.5 times, states a report by industry research group MForum. The proportion of online banking users at the end of 2011 was estimated by the rating agency Expert RA at 6 to 7 percent of the country’s population. In August 2012, a survey by the Public Opinion Foundation showed that 13 percent of Russian citizens use Internet banking.

Uptake is particulary strong in urban centers: A study by the agency Romir showed that 46 percent of residents in Russia’s major cities regularly use Internet banking services. Moreover, 17 percent stated that they use online banking at least once a week, and 29 percent check their online account one or more times per month. The most active users of these services are men aged 25-34 with higher-than-average incomes.

According to the study, online banking is most commonly used to pay utility and other bills (60 percent of respondents), followed by account management and accumulation of funds (55 percent), money orders, and credit repayment.

According to Expert Rating Agency, in 2010-11 the proportion of remote transactions increased threefold (to from 8 to 26 percent), while in the past three years the share of accounts with online access grew to from 12 to 25 percent.

As is clear from the research, the market is far from reaching saturation point. According to the Public Opinion Foundation, 11 percent of respondents said they would consider using online banking services, potentially doubling the target audience. Tatiana Belozerova, head of alternative sales channels at Raiffeisenbank, estimates the annual rate of growth in the number of online banking customers at 50 to 80 percent.

“Most of the growth is coming from the regions,” she said.

Oleg Anisimov, vice president at TCS, believes that a retail bank without online services will be “complete nonsense in just a couple of years.” In the near future, he foresees growth in the number of people banking using their cellphones.

“Without doubt, growth in mobile banking is set to outstrip regular online services,” he said.

Yevgeny Loktev, head of remote service channels at Citi Bank, agrees. The number of users of Citi’s mobile service is 2.6 times greater than in 2011, he says.

Raiffeisenbank’s Belozerova believes that banks will eventually offer all their services in online and mobile forms.

The move is already underway. By early 2012, a third of credit institutions surveyed by Expert Rating Agency were accepting loan applications online (compared with 18 percent a year earlier).

Many were offering mobile air travel booking and e-money transfers. Some have added modules for managing personal finance.

The main obstacles to the development of Internet banking could turn out to be people’s distrust of online services, reluctance to carry out major transactions remotely, and the complexity of Internet banking for ordinary customers, notes Expert Rating Agency.

Regulation may also hinder development. In October, the Central Bank of Russia proposed a scheme to oblige banks to use clients’ IP and MAC addresses for authentication to help combat money laundering.