Striking at sea: How the Styx strategy paid off 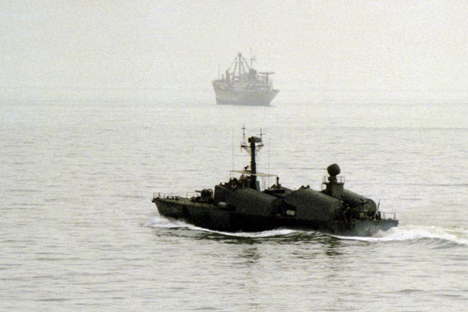 The latest in the series of 1971 war stories describes the Indian Navy’s ingenious – and audacious – use of its newly acquired Russian missile boats that played a huge role in India’s victory.

In the summer of 1971 when Babru Bhan Yadav returned after a year of naval training in Vladivostok, Russia, he carried with him a secret that he could not tell even his family. Yadav had been made the Squadron Commander of the 25th Missile Squadron based at Mumbai. Under his command were Osa class missile boats, armed with Styx missiles that India had acquired from the Soviet Union. The entire deal – and the existence of the squadron – was kept under wraps because the Indian leadership anticipated war with Pakistan.

The eight missile boats were Nashak, Nipat, Nirghat, Nirbhik, Vinash, Veer, Vijeta and Vidyut. These boats were loaded on board heavy lift merchant ships in the Black Sea and unloaded in Kolkata. A large contingent of officers and sailors, including Yadav, had been trained at Vladivostok.

Vikramaditya and Liaoning - forces of the future

The Indian Navy had spent the previous war idling in harbour, so this time the naval brass was itching for some action. The navy’s No.1 target was the oil installation in Karachi. But because the shore defences in Karachi had six-inch guns, Indian destroyers with their four-inch ones were not suitable for the task.

However, the Indian Navy decided on a role for the Osa that its Russian designers could not have dreamed of. Vice Admiral G.M. Hiranandani writes in Transition to Triumph, which forms part of the

Indian Navy’s official history: “The Karachi strike group consisted of two Petya (class frigates from Russia) and four missile boats armed with four missiles each. One of the four boats was to remain on patrol off Dwarka in order to provide cover for the force on its way back.

The Petyas were intended to provide communication and control and with their better radar, give indication of suitable targets. In the event of an emergency, they could take a boat in tow and, if necessary give fuel. “After arriving at a certain point south of Karachi, the Task Group Commander in the Petya was to release the missile boats to proceed at maximum speed towards Karachi; the Squadron Commander embarked in one of the boats would allocate targets and the boats thereafter would act independently, keeping in touch with the Squadron Commander. The Petyas would follow at a slower speed, but stay not too far away from the rendezvous. Naval Headquarters and Western Naval Command were to listen in on Pakistani wireless circuits and pass the relevant intelligence to the force.”

Pakistani surveillance radar picks up several unidentified seaborne bogeys approaching Karachi harbour on a northerly course at a speed of 20 knots. The information, obtained by an advanced radar station gifted by the United States under the Suparco defence treaty, is relayed to Pakistani warships operating close to the harbour.

Two hours later the Pakistani warships are still searching. Meanwhile, the radar operators at Manora are getting hysterical as their radars indicate the objects on their screens are moving closer to Karachi port.

Against the darkness of the sky, the commanding officer of the Pakistani destroyer Khyber observes a bright light approaching from his starboard side. The officer’s first impression – according to
Pakistan Navy records – is that the bright white light is a flare dropped by an aircraft. But later observing the speed of its approach, he decides it to be an aircraft. He is dead wrong. The white light, now screaming in towards the Pakistani ship, is the exhaust of a Styx anti-ship missile launched from the Nirghat. The missile scores a direct hit on the Khyber’s starboard side, destroying the boiler room. As huge flames rise from the ship, the radio operator sends out a message, which shows the Pakistani crew had no idea what hit them: “ENEMY AIRCRAFT ATTACKED SHIP. NO 1 BOILER HIT. SHIP STOPPED.”

Minutes later another Styx crashes into the Khyber, destroying the second boiler as well as all lifeboats on board. The crew frantically tries to dump ammo before the fire spreads but finds the torpedoes jammed. Within minutes the ship goes down in a spectacular fireball. There are few survivors.

From a distance, the Pakistani minesweeper Muhafiz is observing the conflagration in the darkness of night. As the ship moves towards the scene of the action at a speed of nine knots, a white light is observed heading straight for the ship. The third Styx, fired by the missile boat Veer, hits the Muhafiz on the port side, near the bridge. The Pakistani ship disintegrates almost instantly.Like a pack of wolves, the Indian Navy’s ships swoop in on Karachi. And as a bonus the fleet sinks the supply ship, Venus Challenger, carrying American ammunition from the US-occupied port of Saigon to Pakistan, and its escort warship, Shahjahan.

It was only the second day of the India-Pakistan war and the Indian Navy’s fleet of brand new Russian ships and missiles had proved to be game changers. However, the main targets – the oil installations in Karachi – were still operational as only one missile was fired at them. This was because communication fadeouts and misunderstandings among the commanding officers of the missile boats had created confusion. Secondly, tracer fire by Pakistani shore guns was misconstrued as the arrival of PAF aircraft. The Indian Navy ships scooted before they could take proper aim at the oil tanks.
Four days later the Indian Navy went after the oil tanks again – this time with just one missile boat to avoid any confusion that might result from a multiplicity of vessels.

A detachment of three vessels – the Osa class missile boat Vinash, escorted by the frigates Trishul and Talwar – are approaching Manora. En route they sink a vessel that is reporting the presence of the group. From Transition to Triumph describes what happens next: “During the approach to Karachi, Trishul's electronic surveillance reported that the radar at Karachi had stopped rotating and was pointed directly at the group, a sure sign that the group had been detected.”

At a distance of 12 miles from Karachi, the strike fleet detects a group of ships. Not wanting to lose the element of surprise Vinash fires all its four missiles. The first missile crashes into the oil
tanks and starts a huge fire, which sets off secondary explosions in the adjoining tanks. The second and third missiles home in on merchant ships. The British vessel Harmatton is blown up, killing three of its crew. The fourth missile hits the Pakistan Navy's tanker Dacca which had been camouflaged and anchored amidst the merchant ships. Laden with oil, it contributes to the fireball.

The Pakistan Navy’s official history provides a chilling picture of the destruction caused by the Styx, which seemed to behave in an uncannily predatory manner. One of the Styx’s was described as
virtually stopping in mid-air, as if deciding on its next course of action, before locking on to the metallic oil tanks, and crashing into them at high speed. Measuring nearly six metres in length and weighing 2300 kg, the Styx had a devastating warhead. Of the 11 missiles fired, only one went wayward, achieving a 91 per cent success rate – not bad at all for a 1960’s design.

According to the Pakistan Navy, “The first missile flew over the ships at the anchorage, crossed Manora Island and crashed into an oil tank at the Keamari oil farm. There was a huge explosion and flames shot up so high that Qamar House – a multi-story building in the city – was clearly visible. The fire caused by the air attack on December 4 had been put out only a day earlier after three days of concerted efforts.

Fires once again raged in the oil farm after a short-lived respite of a day. A distressing sight no doubt for everyone, but particularly for those who had risked their lives in a tenacious battle against the oil
farm fires earlier. Indian Air Force bombers returning from a diversionary raid on Masroor airbase described the fire as the “biggest bloody blaze in the whole of South Asia”. The fire was also seen from space by American astronauts on board Spacelab.

The missile attacks had several consequences. Because of the destructive power of the Styx missiles, the ships of the Pakistan Navy were ordered to reduce their ammunition supply so as to minimise
explosion damage if they were hit. And after the second raid, the vessels were told not to venture out to sea at all. These two factors severely dented the morale of the Pakistan Navy. Also, seeing the scale of destruction caused by the Indian Navy, neutral merchant vessels started seeking assurance of safe passage from India before sailing out of Karachi. Since no neutral shipping was heading for Karachi either, the Indian Navy achieved a de facto blockade without declaring it. It was the beginning of the rise of India’s blue water navy.