Why a Russian philosophy blogger says 'The Matrix' is about terrorists 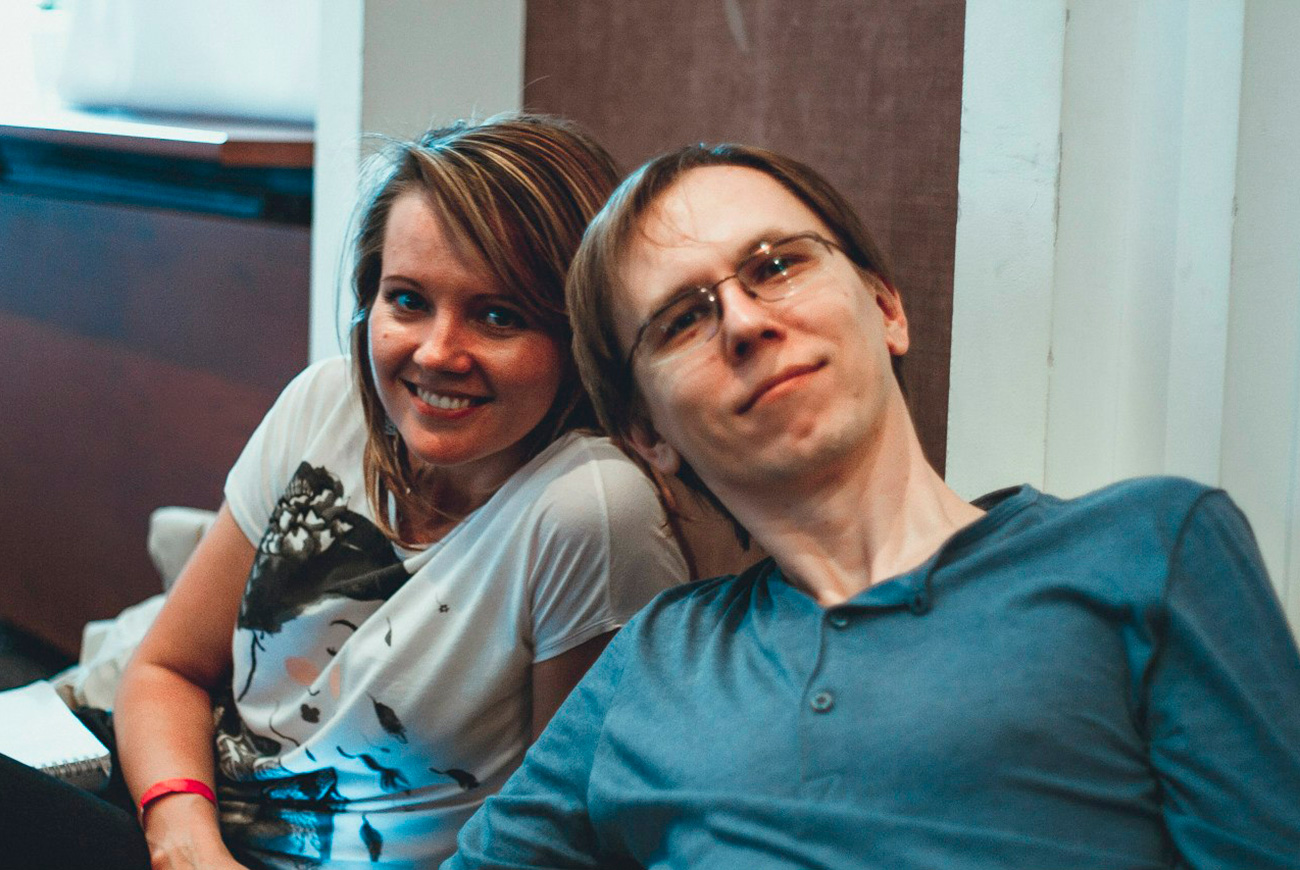 This philosophical take on a popular series proved to be in great demand by Russian viewers. For a long time, it seemed, they had been in need of someone who could finally explain everything.

Personal archive
Why Russians consider "Titantic" the most dangerous film in the history of cinema and regard Morpheus from "The Matrix" as a terrorist recruiter.

Roman Taran, the 41-year-old St. Petersburg native, has become famous in Russia for a rather unusual reason. Having received a prestigious education as a professional philosopher — and finding it completely useless in the real world — he got a job as a marketing specialist.

However, he soon felt that his philosophical view of the world could not remain hidden and decided to make a video detailing his reflections on the popular TV series Westworld, which he then posted to YouTube.

This philosophical take on a popular series proved to be in great demand by Russian viewers. For a long time, it seemed, they had been in need of someone who could finally explain everything. Today, his YouTube channel, which translates to Hidden Meaning: Cinema and Reality, has about 76,000 subscribers. The most popular video is about The Matrix and has over 840,000 views. Taran told RBTH about how he gets at the true meaning of movies.

What do you mean by the phrase "hidden meaning" and how do you find it in the films?

For me, hidden meaning does not reside in the "easter eggs" or "cross-references" that directors put in their films, which force viewers to exist inside an imaginary and invented universe. For me, the relationship between cinema and reality is important. In fact, cinema, like myths, sets goals and deals with the meaning of human life, embodying people's inner needs. To reveal these needs and the mechanism for their satisfaction is to find the hidden meaning of a movie. 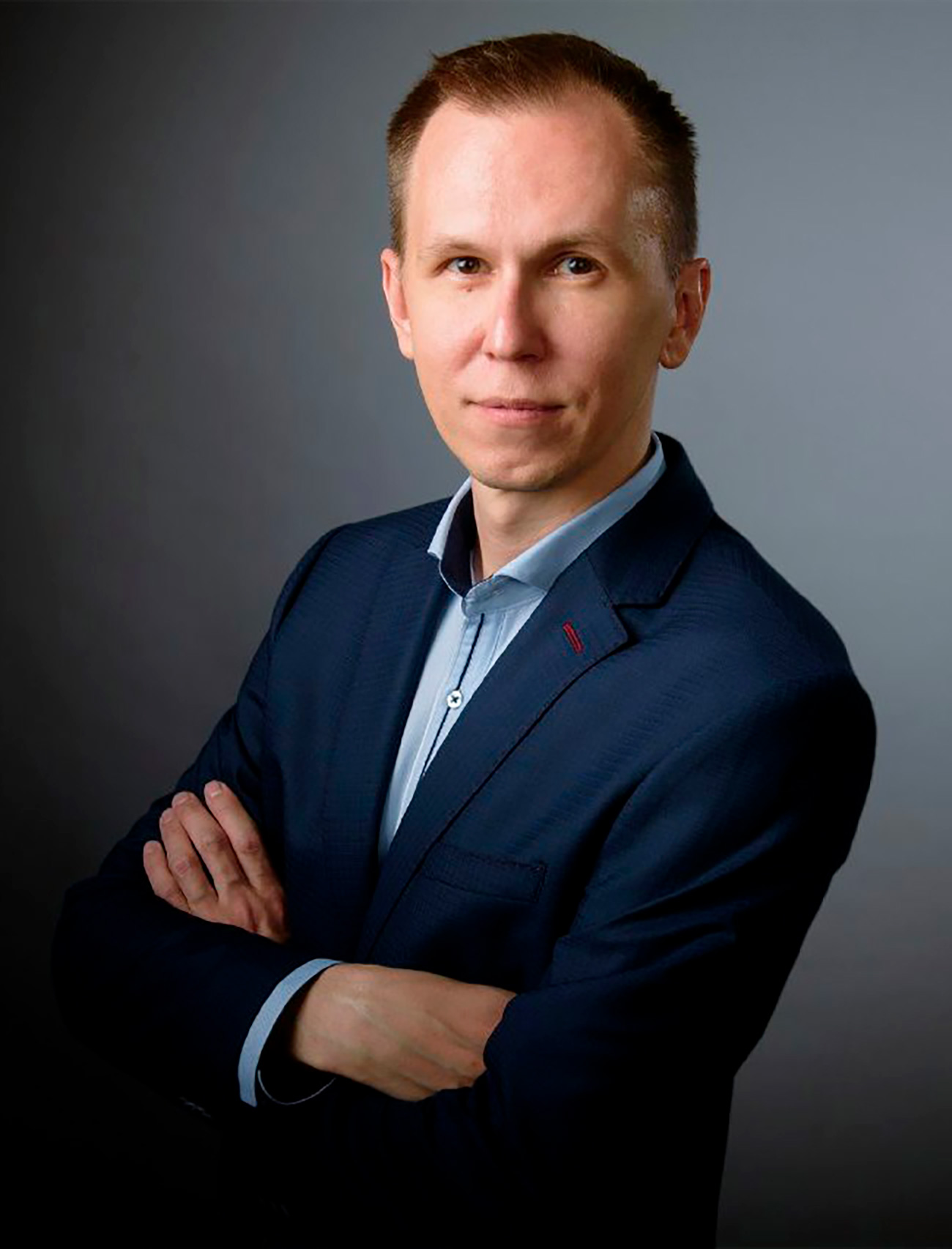 Having received a prestigious education as a professional philosopher — and finding it completely useless in the real world — Roman Taran got a job as a marketing specialist. Source: Personal archive

In general, when you begin to analyze a movie, your attitude towards it can change. In the process, it suddenly turns out that a film that you thought "funny" or "sublime and profound" contains some unpleasant ideas in reality. And you realize that there are very few films out there that have a positive message.

In one of the videos, you claim that Titanic is one of the most dangerous films because it promotes poverty and envy based on social inequality. Do you think James Cameron intentionally put this meaning into the film?

In actual fact, it wasn't I who spotted this meaning in the film but multimillionaire Randy Gage, who I cite in the video. In Hollywood, filmmaking is a business. And business should bring a guaranteed profit. Therefore, directors and screenwriters are well versed in psychology and know what themes or images can trigger a response in the viewer. 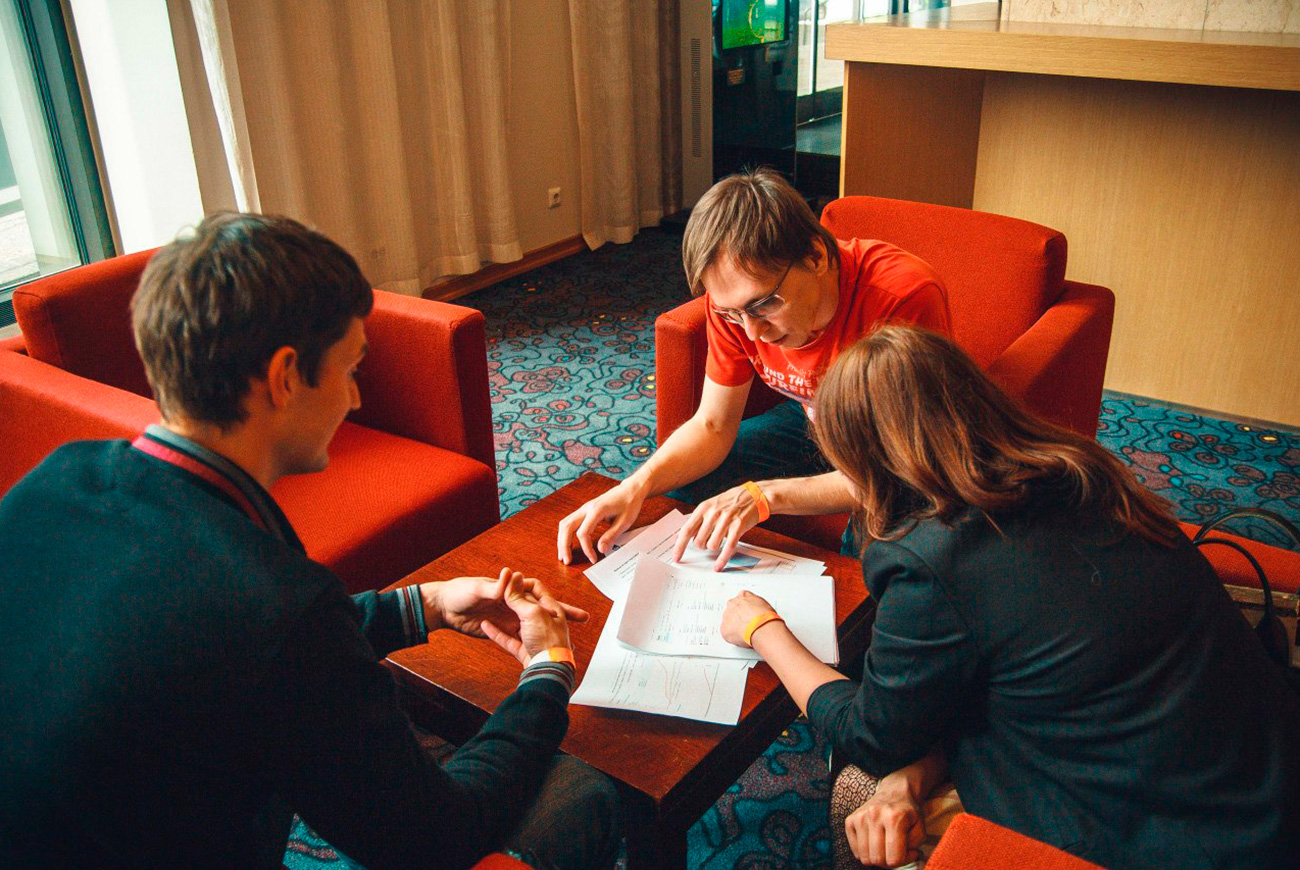 Roman Taran: "In Hollywood, filmmaking is a business. And business should bring a guaranteed profit. Therefore, directors and screenwriters are well versed in psychology and know what themes or images can trigger a response in the viewer." Source: Personal archive

"Rose is eating in the first class dining room. She is surrounded by all these dreary, stuffy, rich people, who are sipping brandy, smoking cigars and blathering inanely about polo matches and superficial nonsense ... Jack comes along and tells Rose, ‘Come on down to third class and let me show you how to party!’ Next, the movie cuts away to the poor people who of course are singing, dancing, and having fun, and showing us how much nicer and more fun they are to be around ... Rich people are no fun. Poor people are the ones you want to hang out with. And if you want to be accepted and fit in with the crowd (something most people strive for all their lives…), then you most certainly are better off being a poor person." [Quoted from Gage's book Why You're Dumb, Sick and Broke...And How to Get Smart, Healthy and Rich!]

We have lots of poor people, and they are the main cinema audience. In order for the viewer to empathize with the protagonist, the main character should be an ordinary person and his antagonists should be from the rich minority. Envy is the most ineradicable feeling. Therefore, it is very easy to manipulate people by playing on their feelings of envy.

How did you decide that the character Neo in The Matrix is a terrorist?

At first, I was somewhat put off by The Matrix. I found myself musing one day on the nature of the characters in the film and noticed that the members of Morpheus's crew have practically no access to reality, just like those in the Matrix. Their existence is centered on their faith in what their leader tells them. This situation seemed to me very similar to the way terrorists are recruited. 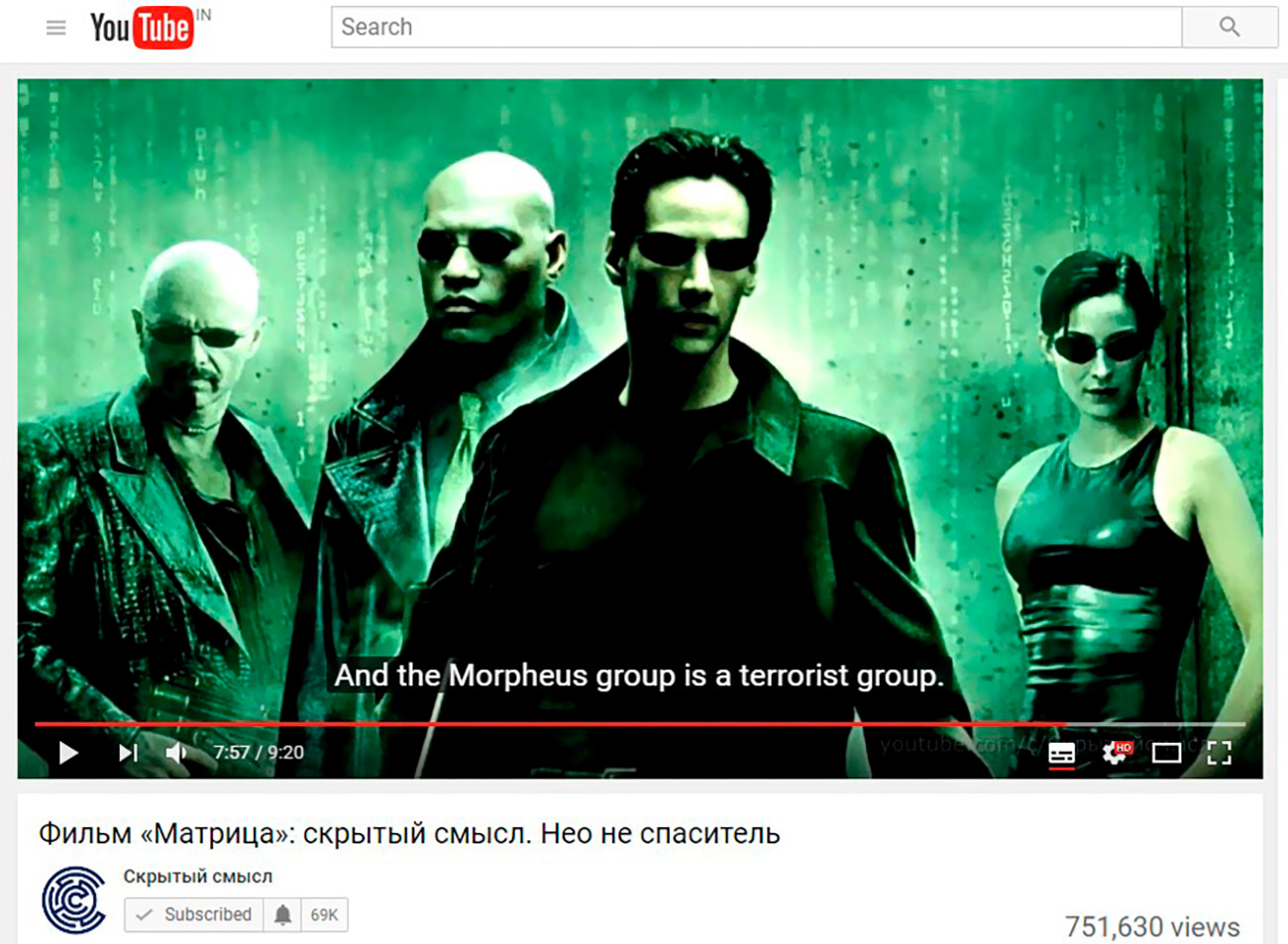 "Morpheus tells Neo about the ‘real’ world. And it is important that Neo is compelled to take his mentor at his word. In actual fact, Morpheus demonstrates ‘reality’ to Neo using a simulator program. But the question this raises is whether this image of reality could not also be simulated."

As a result, this has become the video on the channel with the most comments. But unfortunately, judging by the reaction of users, I have discovered that not everyone is capable of viewing things from a new angle. Teenagers have left a lot of negative feedback.

It is a great example of how cinema affects people's way of thinking. It is enough to show people a character who, seemingly, performs miracles and battles against the system for this character to instantly become someone who people look up to. Viewers identify so strongly with the main hero that any doubt expressed about his heroism or virtue is badly received.

In your analysis of the Westworld series, you say, among other things: "If a personality exists but does not develop, it leads a mechanical existence. A person who does not develop is no different from a robot operating according to certain programs." But at the end of the first season, one of the androids overcomes all obstacles and ends up killing his maker. Is that a genuine development?

In today's culture, films allow viewers to "play out" the internal conflicts and fantasies that they are prohibited from putting into practice in society. In other words, films about violence, in actual fact, reduce the intensity of the viewer's fantasies, thus protecting him from realizing them.

Aside from that, development (in the sense of breaking away from the limitations of a former stage) effectively amounts to the symbolic murder of the person who personifies it — usually the father. One can recall Plato, who realized that in transgressing the philosophical boundaries of Parmenides’ ideas he was in some sense killing his father. One is also reminded of the relationships between Freud and Jung or Husserl and Heidegger, to name some obvious examples. In each of these cases the "spiritual fathers" felt the consequences of their pupils' estrangement from them, in a real and physical sense: they were emotionally murdered.

Violence in films fulfills a mainly symbolic function: it expresses the idea of a crime or, in other words, a transgression of some boundary. Even in everyday life, if you are betrayed by a person dear to you, you say "he really killed me" and you experience it accordingly. In a work of fiction, this sort of experience takes the form of an actual murder.

Who will survive in post-apocalyptic Moscow?>>>

Waiting for new Mad Max movie? We know the place to film it>>>

10 celebrities who were possible to bump into on Red Square>>>