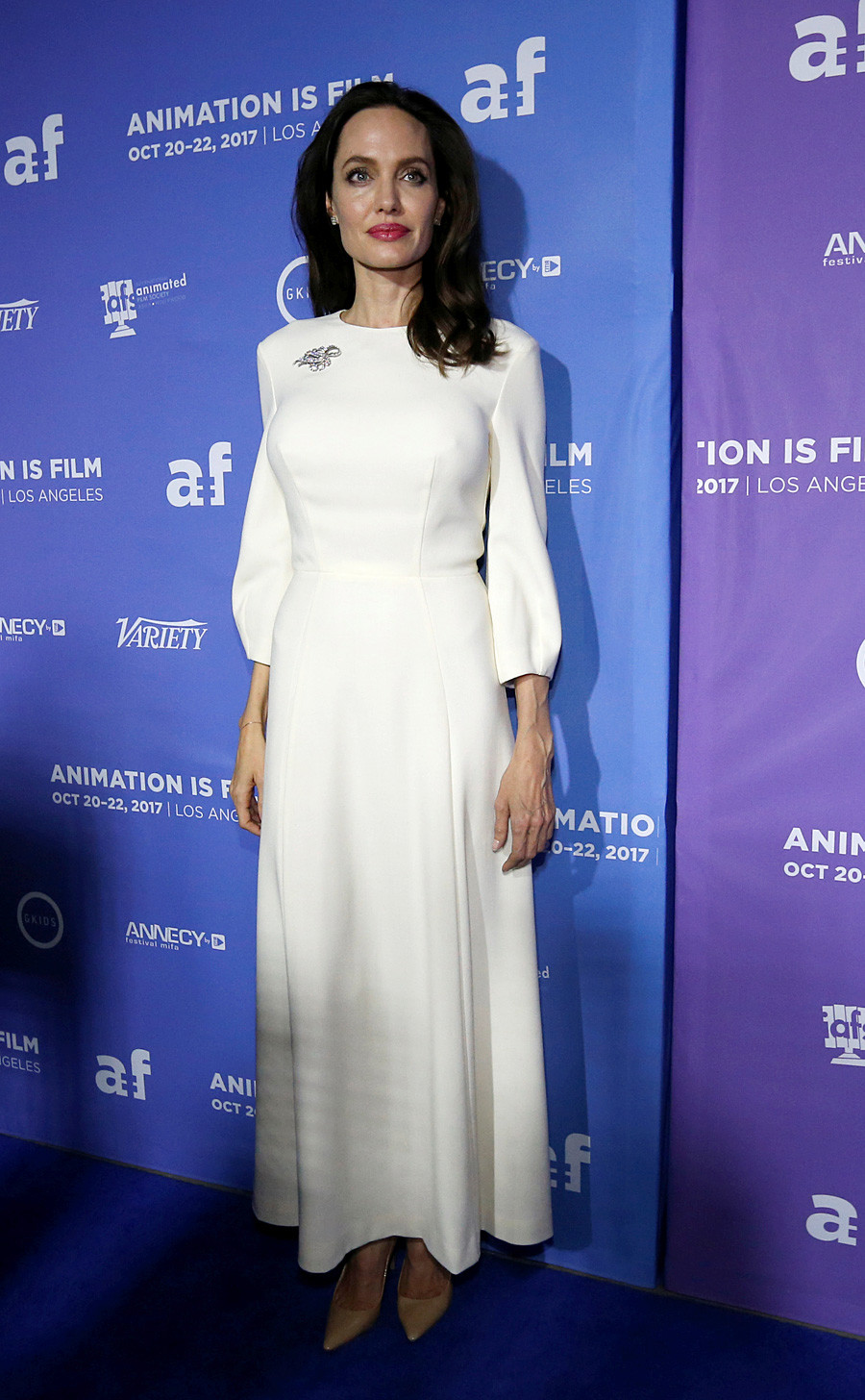 Angelina Jolie at the premiere for "The Breadwinner" in Los Angeles, California, U.S., October 20, 2017.

Sergeenko is known for dressing many stars, not only in Russia but also abroad. Her outfits have been draped over the likes of Dita Von Teese, Emma Stone, Game of Thrones star Emilia Clarke, Lady Gaga, and even Beyonce!

Originally from Ust-Kamenogorsk in Kazakhstan, Sergeenko married Russian billionaire oligarch Danil Khachaturov. She eventually set up her own brand in 2011 and quickly earned herself a reputation as a leading designer.