7 reasons why you have to read Chekhov right now

Culture
Alexandra Guzeva
The name of this great Russian writer is closely associated with the theater. However, he was not only a brilliant playwright, but also a short story genius. Unfortunately, he was overshadowed by Tolstoy and Dostoyevsky. 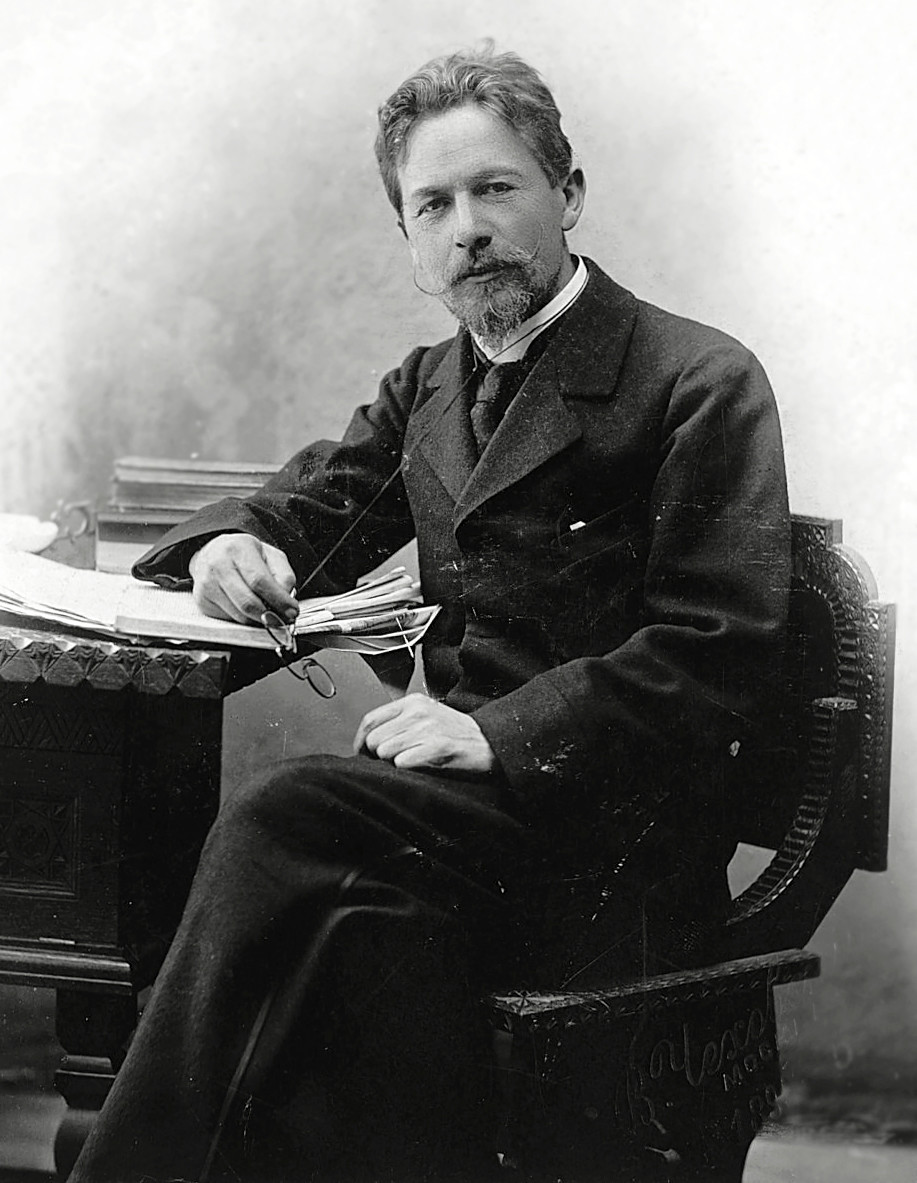 1. He knew what made people tick

Anton Chekhov was born in 1860 in the southern city of Taganrog. The house where he once lived is now a museum. At the age of 19, Chekhov headed to Moscow and enrolled in the Moscow State University’s faculty of medicine. While still a student, Chekhov started to work as a doctor and practiced medicine his entire life.

Since he saw all kinds of people during his time working as a doctor, his short stories penetrate the essence of the human soul, and subtly ironize society’s banality and vulgarity.

Chekhov’s intelligent humor is what Russians call “laughter through tears,” when you can laugh reading about others’ sins and faults but then realize you probably make the same mistakes, and that in all people are the same.

One of Chekhov’s most prominent features, which makes him stand out from other Russian writers, is that his stories do not moralize. The reader is allowed to make his own conclusions, so the meaning of the story can change depending on who is reading.

There is a great short story, The Chameleon, when a man is abusive toward a dog until he realizes that it’s the general’s dog. Suddenly, he starts taking exceptional care of her. The man’s behavior changes, depending on who people say the dog belongs to. 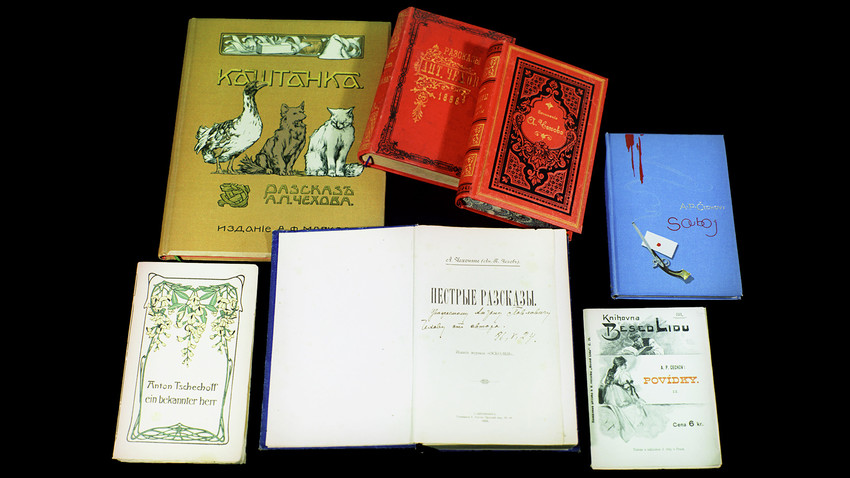 First editions of Anton Chekhov's works from his library

3. He explores the mysterious Russian soul

We’ve already mentioned the short story, The Darling, which helps to understand the soul of a Russian woman with her strongest maternal instinct. Leo Tolstoy, by the way, adversely reacted to the fact that Chekhov makes us laugh at The Darling. Tolstoy was touched by this woman’s sincere nature and ability to love.

Chekhov’s characters are the so-called “small people,” marked by their ridiculousness. The author doesn’t try to raise the question of the meaning of human existence; he just shows ordinary people with their everyday problems.

4. He risked his health for writing

Already ill with tuberculosis, Chekhov took a long journey across Siberia to Sakhalin Island. At that time, it was only known as a distant land to where prisoners were exiled; a place even worse and more distant than Siberia. But Chekhov bravely went there, to research how the locals live. He even made a kind of a population census and wrote a work of non-fiction describing the life of the island inhabitants that few in the outside world previously knew anything about.

Three Sisters, The Cherry Orchard, Uncle Vanya, and The Seagull: these works don’t need a special introduction. All premiered at the New Moscow Art Theater that today bears Chekhov’s name. All the leading female roles were played by Olga Knipper, a young actress that became his wife. 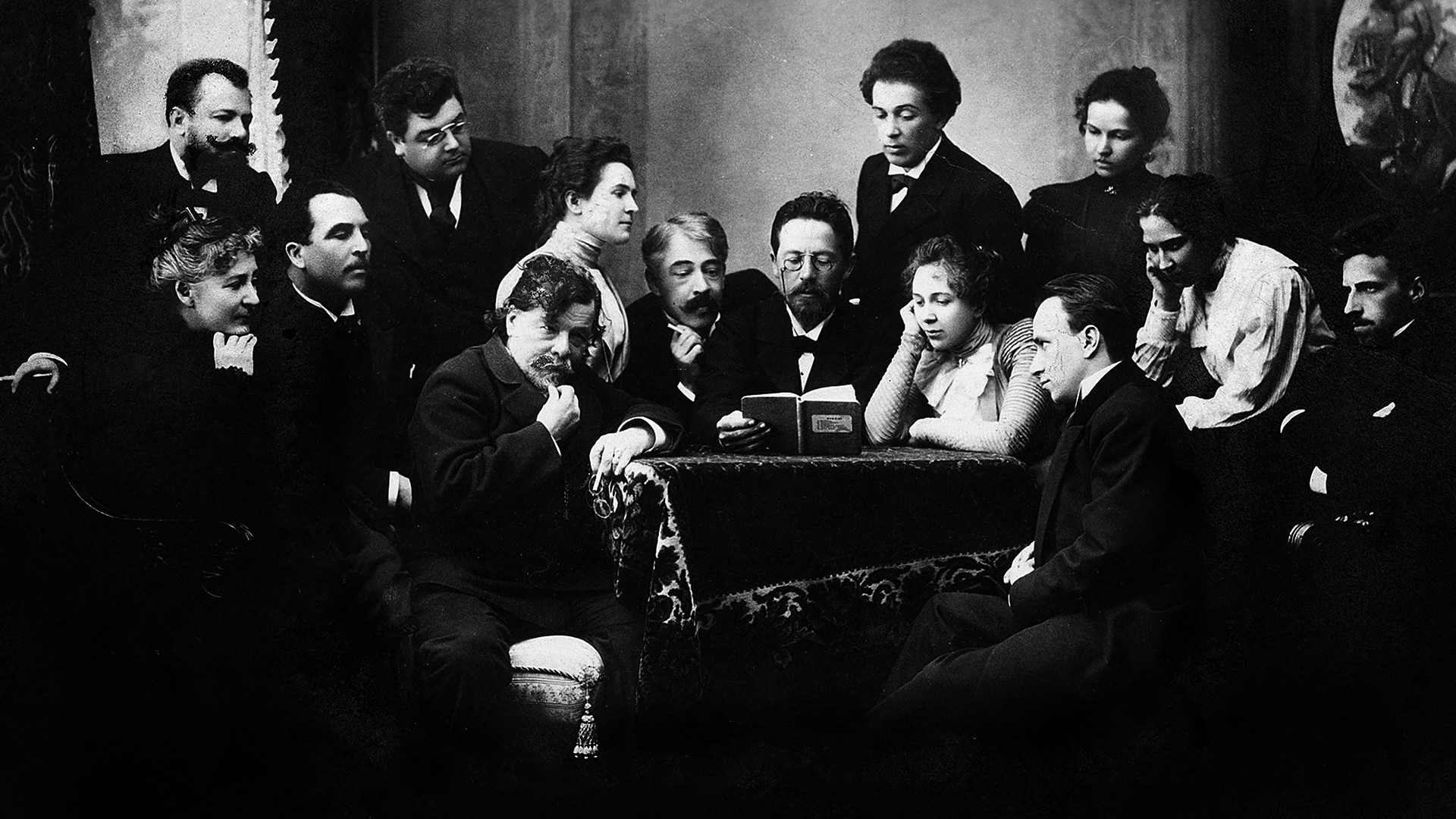 Chekhov reading 'The Seagull' to a group of actors of the Moscow Art Theater; among them are Konstantin Stanislavsky (left from Chekhov), Olga Knipper (second left from Chekhov), Vsevolod Meyerhold (right), and Vladimir Nemirovich Danchenko (stands left)

Chekhov revolutionized drama, bringing pauses and long dialogues, ordinary everyday discussions, and sacrificing the action that was previously so important for drama. Legendary theater directors Konstantin Stanislavsky and Vladimir Nemirovich-Danchenko were his co-thinkers and made theatrical art less pathetic, more close to the people, depriving it of the status of high art.

6. ‘Brevity is the sister of talent’

This is one of Chekhov’s most well-known aphorisms. By the way, Chekhov gave birth to plenty of witty phrases that entered the Russian language as aphorisms. Don’t know which sophisticated thought to post on Facebook? There are plenty of quotes by Chekhov!

Brevity is one of Chekhov’s advantages vis-a-vis his verbose contemporaries (greetings to Leo again). Most of his short stories are really short, some taking only 5 minutes to read, but they offer limitless food for thought. 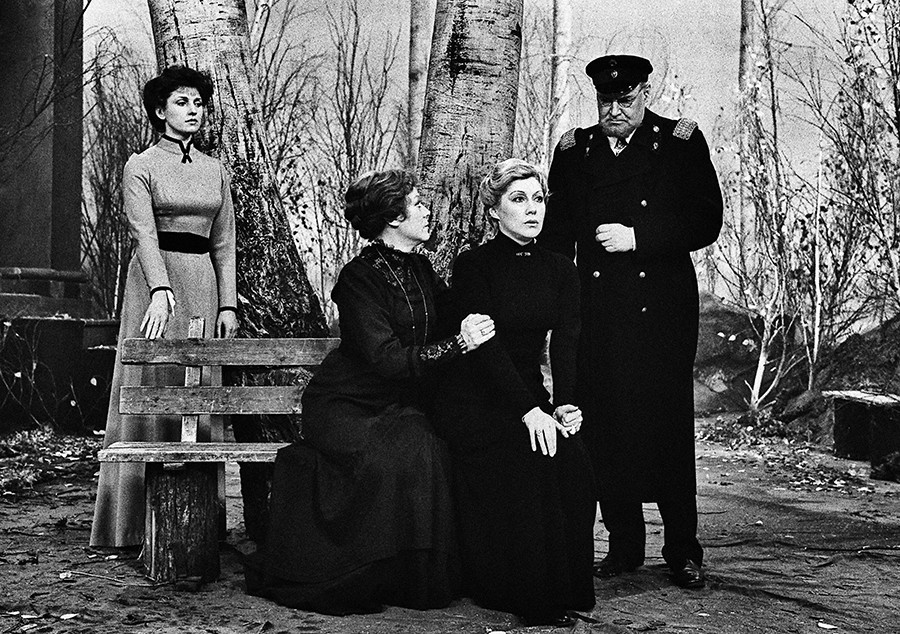 A televised play based on 'The Three Sisters,' 1985

7. Thanks to his books Russians start reading literature

Among Chekhov’s short stories are those that all Russian children learn in primary school; for example, Kashtanka, the story of a dog that was lost, and who ends up in the house of a clown. He loves the dog and it appears she is so smart. The clown starts performing with her, and during one performance, Kashtanka sees her original owner and runs to him in joy.

Then there is the sad story of a little boy, Vanka, who works as an apprentice to a shoemaker. On Christmas Eve he misses home and writes a letter that he addresses “To grandfather in the village;” this phrase also became an aphorism, meaning sending something to nowhere.